Back in Black & Green with Envy 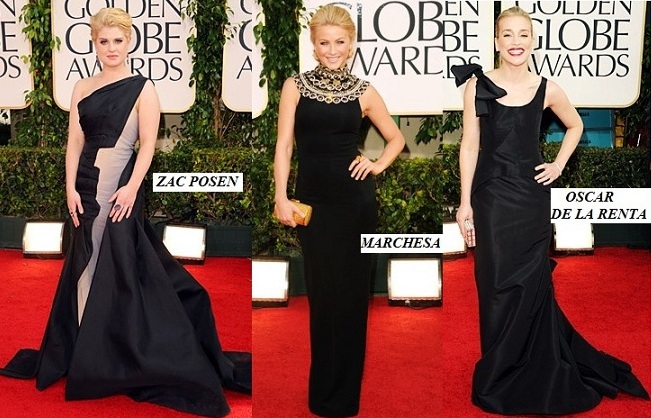 Who Says Black doesn’t POP on the Red Carpet, the New Black brings the Pop & these women brought the sizzle.  This year’s Golden Globes brought a new black like we’ve never seen.  Usually cast-off as the “safe” choice, black has long been considered the ugly-step-child to the colorful evening gown.  But this year many of the designers showed that black can be a real show-stopper, and on the right body, can go head2head with the big boys.

We saw a combination of beautiful sillouettes  – but the 2011 crown for most dynamic and stunning black gowns goes to Zac Posen.  Every ZP that made it down the Red Carpet was impeccable and fit 2 perfection.  And that’s the stand-out difference, above all else a Black Evening Gown should look like it’s a second skin.  No apologies – no editing….   Go4it or Gohome – And all the celebs wearing Zac Posen – definitely went for it – and it paid off!!!

Gowns That Made Us Green With Envy 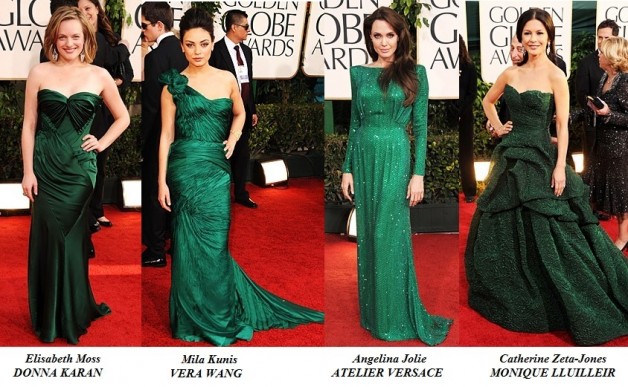