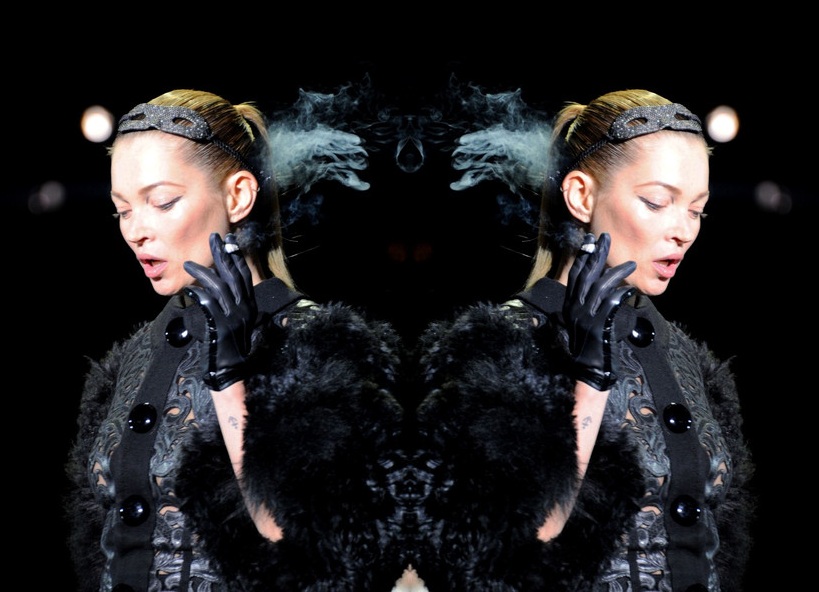 Marc Jacob’s “Hotel Vuitton” showed at the Carre du Louvre, during Paris Fashion Week.  Decadent (kinky) Drama was the name of the game, as Louis Vuitton showed their Fall 2011 RTW Collection in the midst of french-maids and bell-hops.  Looking to create the feel of a seedy hotel, Marc Jacobs pulled out all the stops, inviting some of the top “Super Models” of the day to bring his vision to life.

Watching Carmen Cass, Stella Tennant and Naomi Campbell enter the runway from an old-fashion elevator and slink around like they’ve never left, was a thrill.  But bringing  Kate Moss out of retirement to close the show was Genius.  She stomped around with short/short velvet knickers and a leather shirt w/explosive fur sleeves…Puffing on a cigarette like a rock-star.  There is only one Model on the Planet that could play that close to the edge without committing “fashion suicide” – Kate f*&#ing Moss.

I make it no secret that I basically pray-at-the-alter of Kate Moss.  Noone will ever replace her and I hope this little side trip down the Louis Vuitton Runway will convince the queen we want her back on her throne. 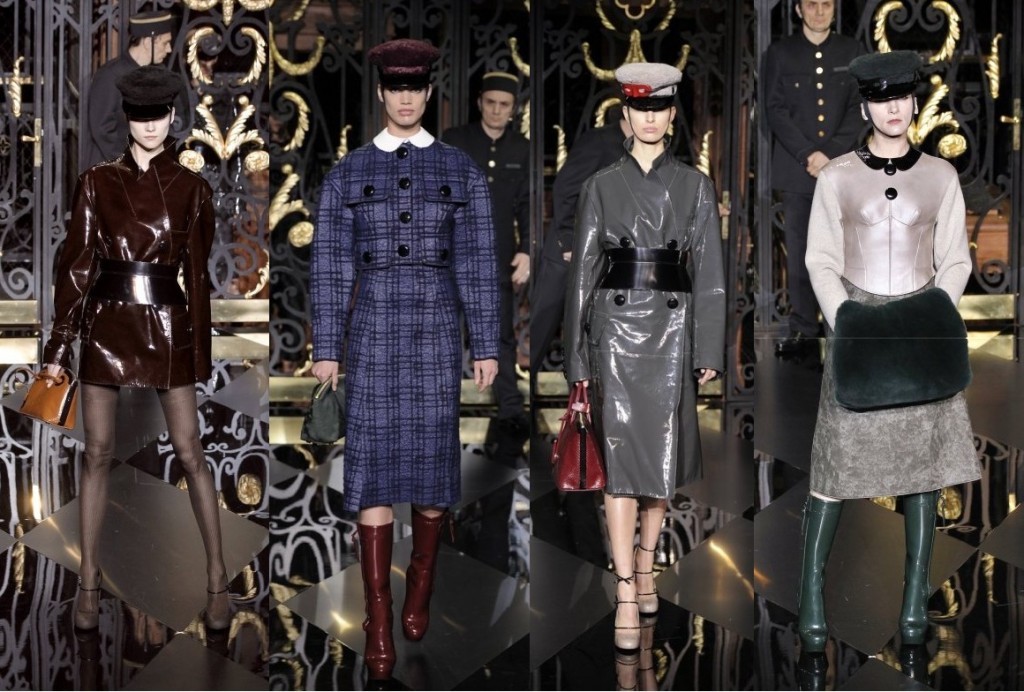 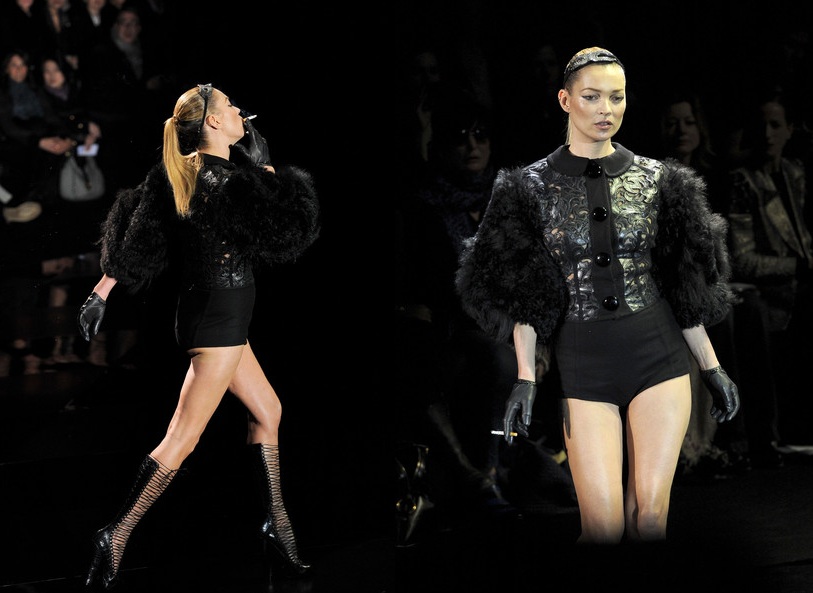