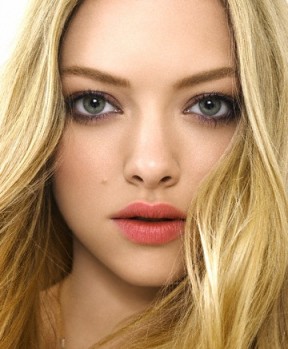 This beautiful young starlet is taking Hollywood by storm.  When she decided she wasn’t satisfied to be just another “Sister Wife” she took on diverse new roles, broke-out and got noticed.  And what a difference a couple of years can make.  Known mostly from her role as the eldest daughter on the HBO hit, and the ditsy-blonde in Mean Girls – Amanda Seyfriend is now a solid fixture on the Hollywood-Scene, and a legit film actress.

As her current Cover of Elle Magazine proves she has a extra-ordinary beauty that translates amazingly on film.  The camera loves her unique/extreme features.  Her wide-set eyes have this alien-avatar quality that may be just this side of uncomfortable for the pedestrian among us – but mixed with her perfectly chiseled heart shaped face and matching pillowy-heart pout, this Face Eats the Lens and leaves us all quaking in her wake.  I couldn’t take my eyes off her in Mama Mia – and predict she will be among those vying for the position of America’s Next Sweetheart.

These images by Alexei Hay for Elle Magazine’s “Amanda in Wonderland” layout, give a whole new meaning to the phrase “Cat-Lady”. 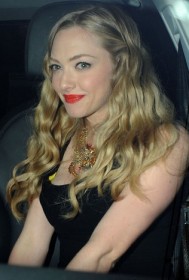 Amanda Seyfried is working the cat’s and the Cat-Eye Makeup.  Giving us avant-garde chic, this young actress is feeling her way through high-style.  Taking chances and exploring Haute Couture, she just may find that she has a second home in the World of Fashion.  The most concise way to sum up Amanda Seyfried is that she is special.  She is among the chosen few who’s beauty and talent make them stand-out.  It might not be fair, but at-least she seems like a nice girl – hope she stays that way. 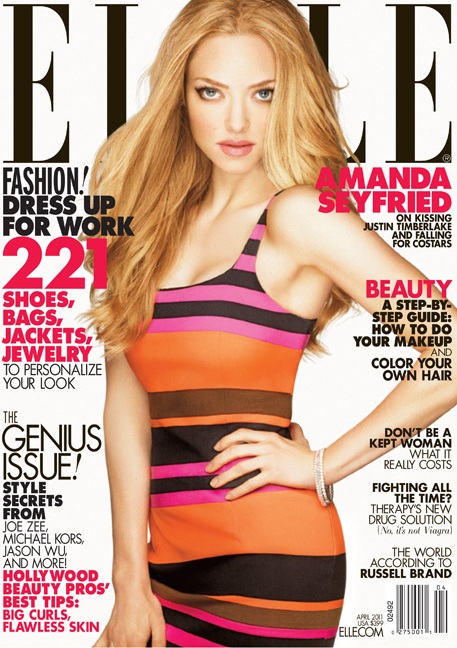 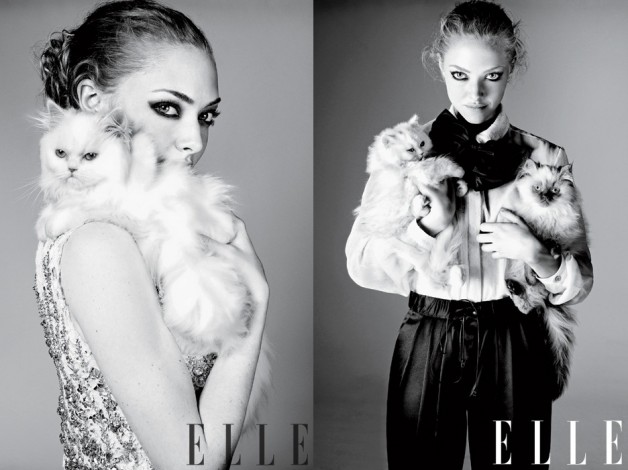 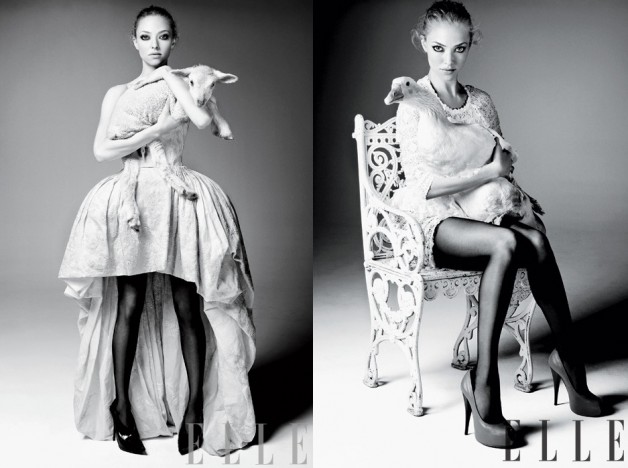