The Royal Battle – Who Wore the Best Hat? 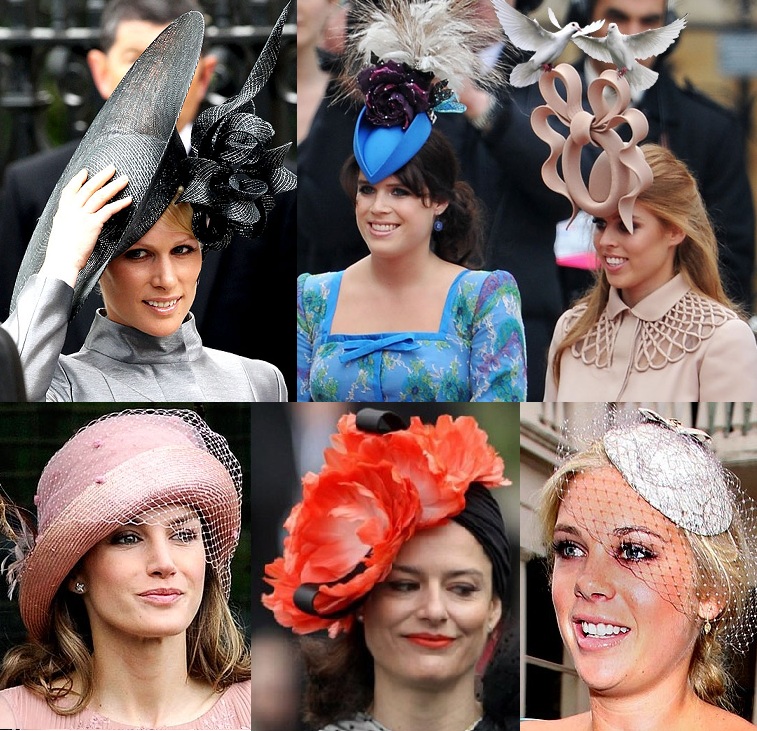 The Royal’s take their hats very seriously, and this Grande-Affair brought out the best-of-the-best.  Long known as the Go-to “Royal Hat Designer”, Phillip Treacy’s designs were on display this morning, and definitely weren’t a disappointment.

Kate Middleton has been a Treacy devotee for years, and often enjoys wearing his designs to Official Royal Events.  The greatest testament to any designer is recognition.  When you see one of his amazing pieces, there is never any doubt you are looking at a Phillip Treacy, that says it all.

From over-the-top decadence to understated simplicity, the artistry of these hats are true conversation-starters, and always seem to defy gravity.  Sara Jessica Parker made Phillip Treacy a well-known name during the Sex and the City years – and he’s a favorite among many A-lister’s here in America.

Victoria Beckham, Much ‘Ado about a Dress, Royal Wedding