Victoria Beckham, Much ‘Ado about a Dress, Royal Wedding 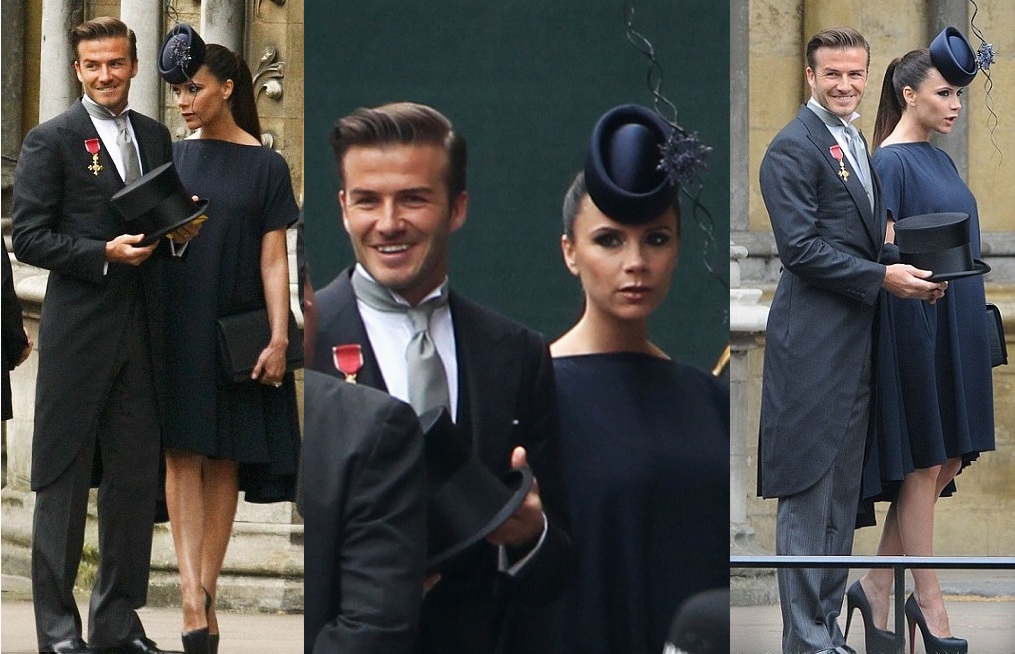 The many angles of Victoria Beckham

As I predicted, Victoria Beckham arrived at the Royal Wedding in one of her own designs, a customized dress from the VB Fall 2011 Collection.  It would have been FS (fashion suicide) to wear another designer at this stage in her career.  She has managed to make a name for herself within the industry, as well as, cultivate a growing and committed “Celebrity Following”.  As one of the most anticipated guests, she saw the value in keeping the spotlight on her brand.

With such an opportunity to shine, many felt like she didn’t live up to her Fashion-Icon status.  Her dress has been criticized for being too plain and off-trend, and the fashion community at large might have felt a bit let-down.  Although she was dealing with a baby-bump, I think some were hoping she would manage to pull-off a real “Fashion Moment” – going for a combination of Extreme-Chic & Severe-Style.  And while she looked beautiful, some didn’t feel that this Navy Swing-Dress, with short-sleeves & side pockets, did the trick.

I do think the Phillip Treacy hat (a design that was redone 3 times, and worked on ’til the very last minute) was amazing.  Some could argue that the simplicity of the dress allowed the hat to really stand-out, making it the true “Center-piece” of the ensemble.  Victoria’s hat was one of my favorites and did have some redemptive value on her style choice. However, I struggled with the fit of the dress and the over-all look.  From some angles she looked chic, but straight-on the dress had a boxy feel and actually managed to make one of the most stylish women on the planet – dare I say – look matronly.

I’m a hard-core Victoria Beckham fan and this won’t change a thing.  Her pieces are provactive and she has a valuable and legitimate voice in the industry.  But in a perfect world, she would have shown up making us forget that she was 6 months pregnant – not covering it with (what could be seen as) a high-end Caftan. 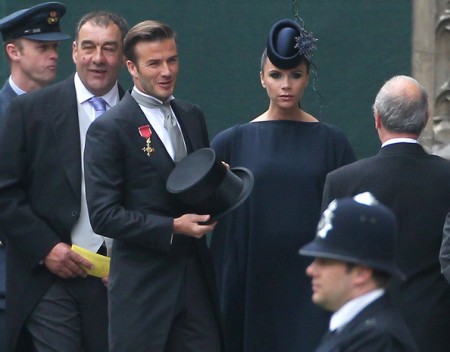