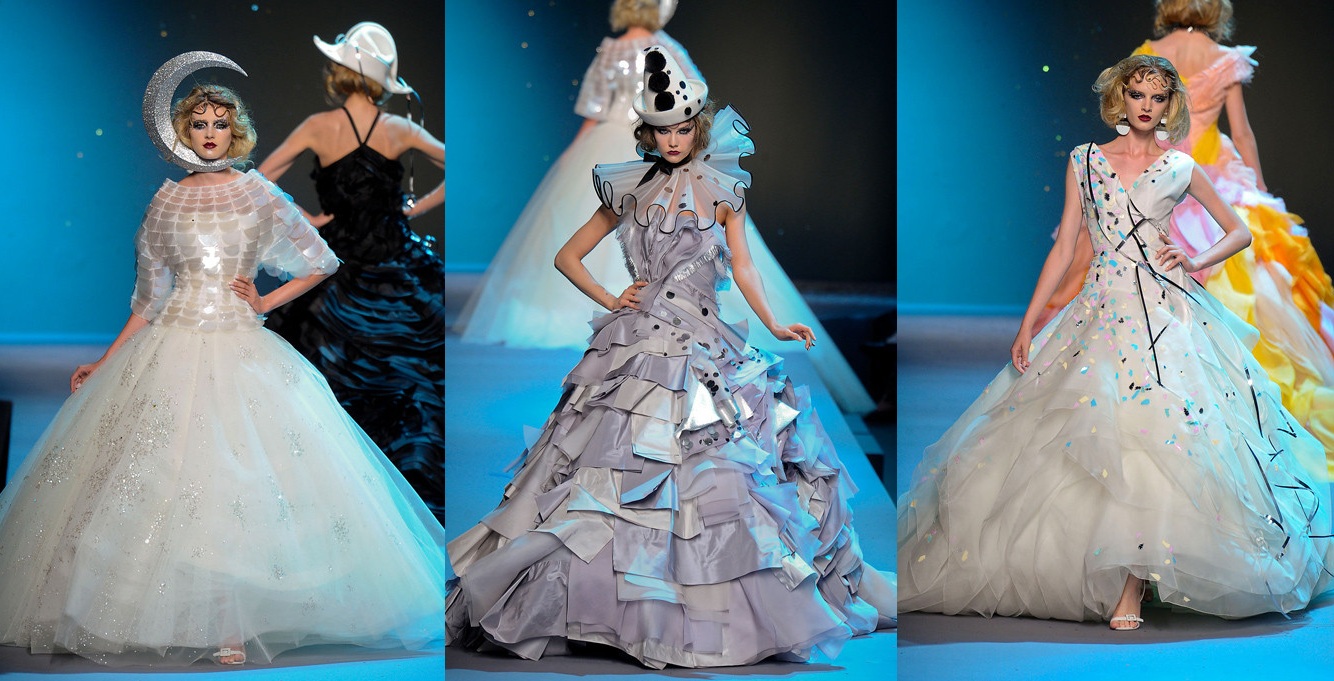 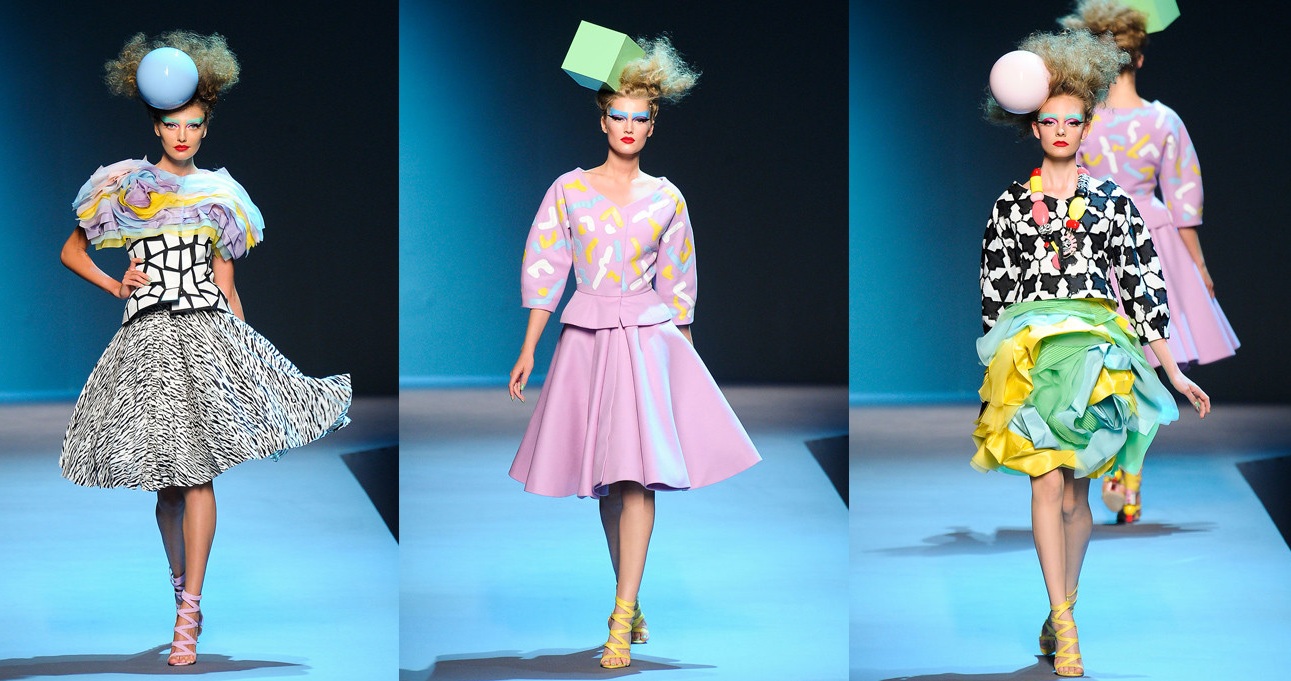 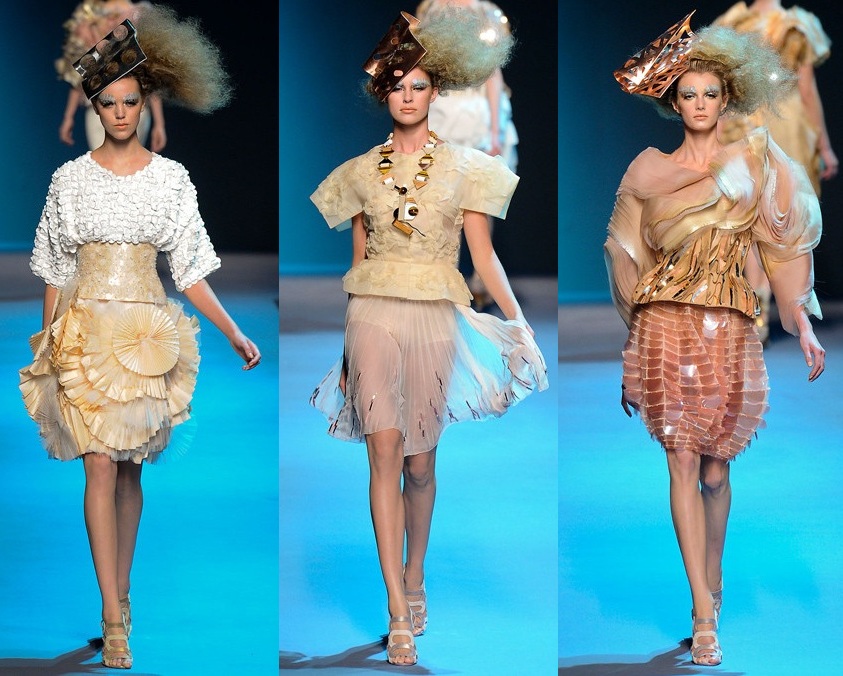 I, like everyone else, was waiting to see what Dior was going to show during Paris Couture Week this year, minus the hands of John Galliano at the helm.  What we saw was the explosion of a man that worked under Galliano for years – Bill Gaytton.  It does look like the creation of someone who’s been repressed and stifled for so many years, that when given the reigns he was unable to control his impulses, or apply a critical editing eye.  While I found myself amused by the “Fashion Playland” he created, at the end, I was left scratching my head.  It almost felt like a Collection that was designed as a joke, and I was troubled by my inability to grasp onto any solid conceptual message from the Runway-Theater.  Even the most extreme, out-there presentation should leave the viewers with a strong message from the designers’ voice – I’m not entirely sure I got what Bill Gaytton was saying, but some of the imagery was exciting.

Visit the “Electric Circus” With Cross-Printing Trends from Flare Magazine