For most models this kind of follow-up shoot would be an intimidating prospect, but our Kate is no mere model-mortal, she is a fashion hero, and the great Channeling Artist of our generation.  So it’s no surprise, that with the raw combined talent of Kate Moss/Mert & Marcus (Power-Photographers), they were able to match the brilliance of the original performance.  Showing up for a fashion encore to her wildly successful 2003 British Vogue Cover (as David Bowie’s “Alladin Sane”), the Great-Kate did it again, with her take on the infamous “Ziggy Stardust.”  Blowing-Up the cover of the current Vogue France Music Issue, Kate Moss once again captures 70’s-icon David Bowie, with such eery-perfection, I got serious Style-Chills.  I mean come on…Kate Moss, David Bowie, Vogue, the 70’s – how much can a girl take before her fashion-mind gets blown. 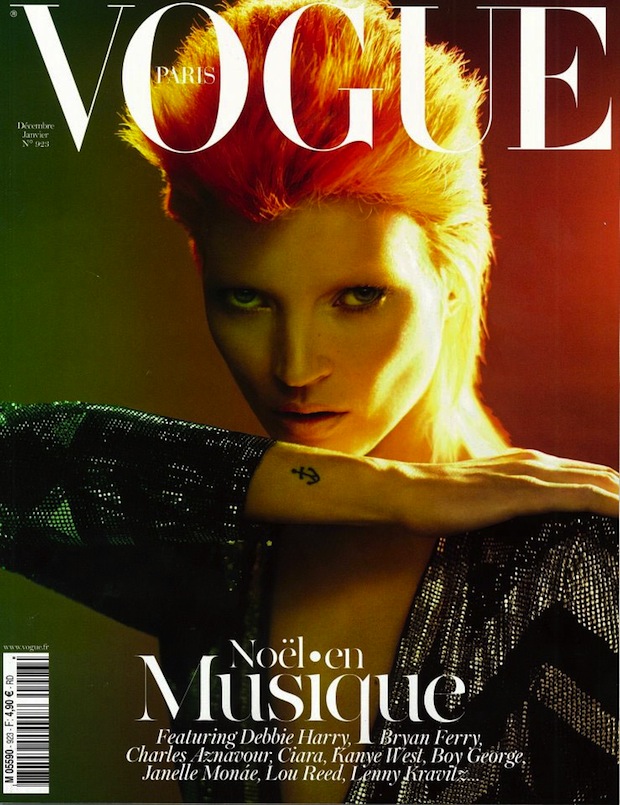 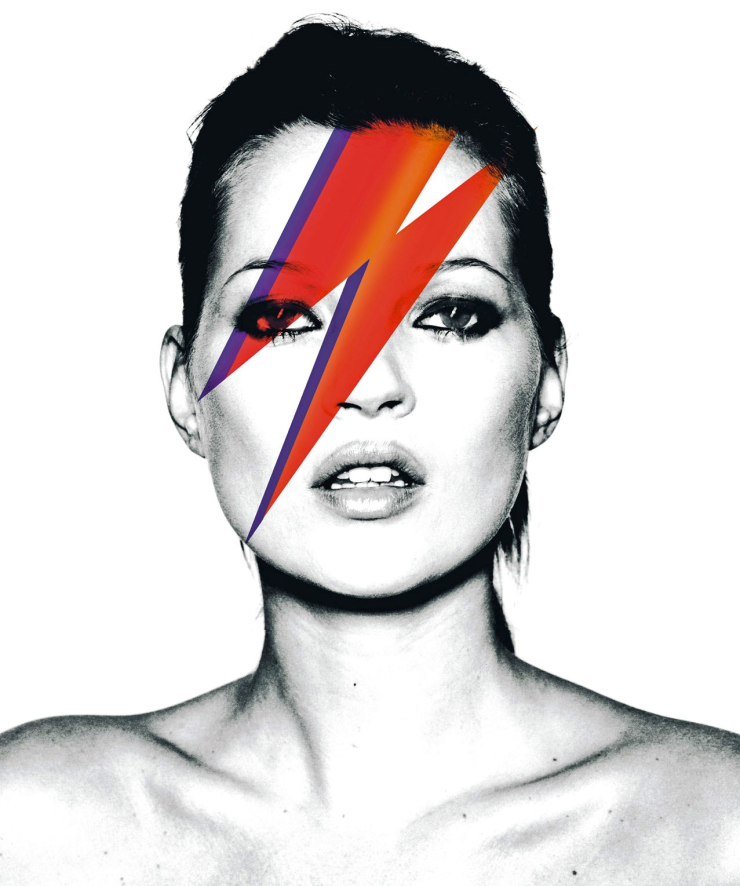 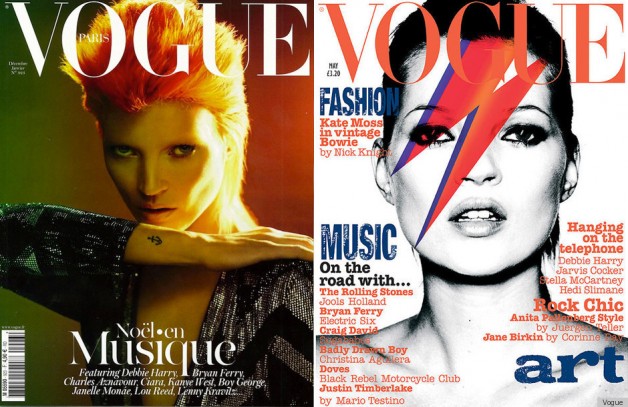