2012 Golden Globes Style-Soldiers on the “Front-Line” of Fashion 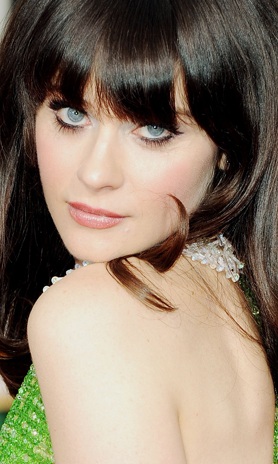 The 2012 Golden Globes was a typical mix of hits, misses and “what the f*&% were they thinking” fashion moments. The biggest trends of the night included, blush/nude gowns, bold yellows, blues and reds, structured dresses with geometric cut-outs, and “fish-tail” trains as far as the eye could see.  Some of the nights real “show-stoppers” came from girls wearing gorgeous blush-toned gowns with amazing detailing of hand-beaded crystals (Charlize Theron in Dior Couture), or in the case of Nicole Richie, a full metallic blush-silver dress (by Julien Macdonald) with a dazzling, iridescent effect.  When it came to cobalt, “not all blues were created equally.”  Sophia Vergara hit a high-note in Vera Wang, but the rest of the group fell-flat (or in Kelly Osbourne’s case fell-matronly in Zac Posen (lose the grey hair, you’re not Kristen McMenamy – it’s creepy). And while “big-bird” yellow was all the rage on the carpet this year, I found myself less than impressed by the choices of dresses – they felt a little “bridemaids-chic” (Paula Patton in Monique Lhuillier).  My 3 stand-outs of the night are what I’m calling my “Brave-Faves”, super-cool actresses taking super-cool fashion-risks.  Rooney Mara in a chic black Nina Ricci cut-out Gown, Zooey Deschanel wearing a “Haute off the Runway” custom design from Prada, and “my-girl” Evan Rachel Wood in a Peacock-inspired Gucci Gown. These are our style-soldiers, on the “Front Lines of Fashion” fighting to be relevant & fashion-forward. Images via DailyMailUK.com. 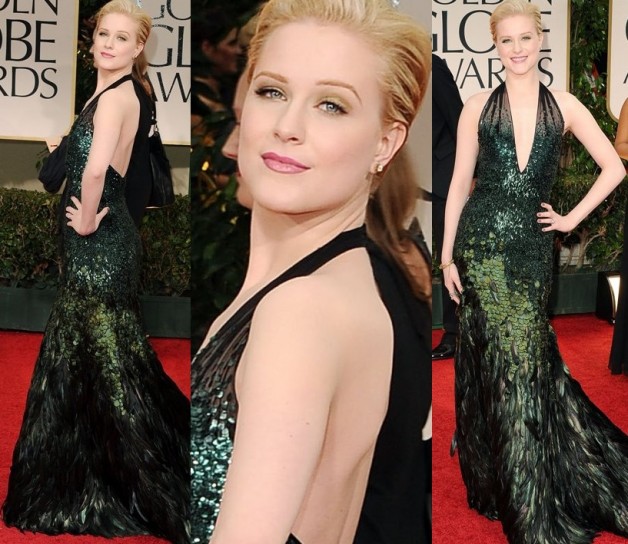 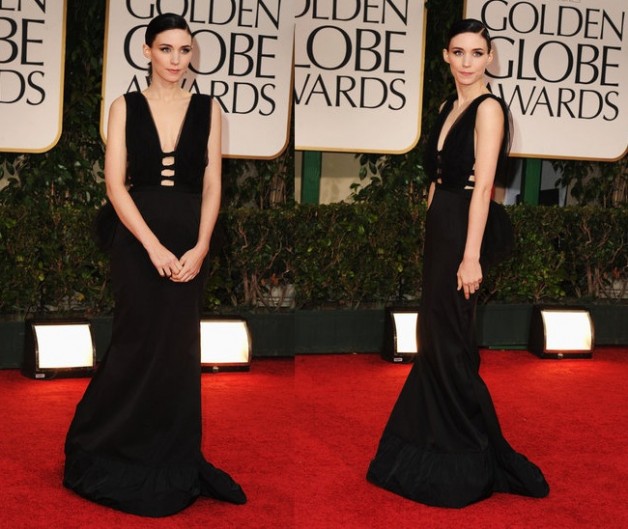 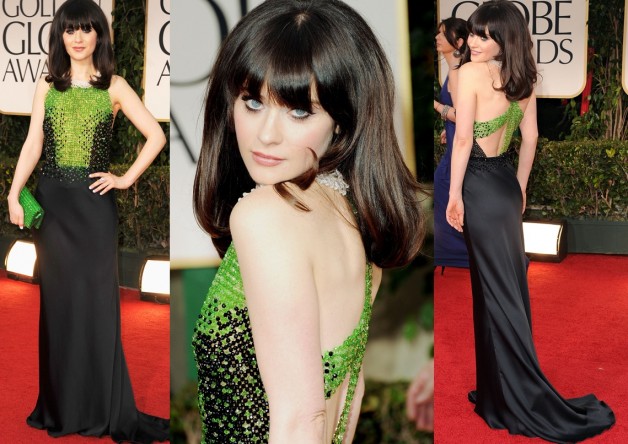 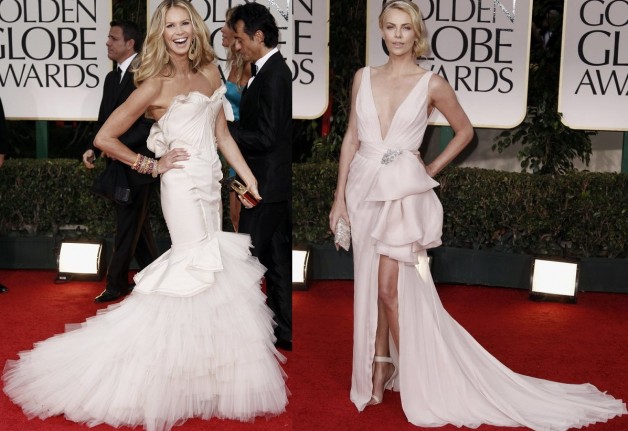 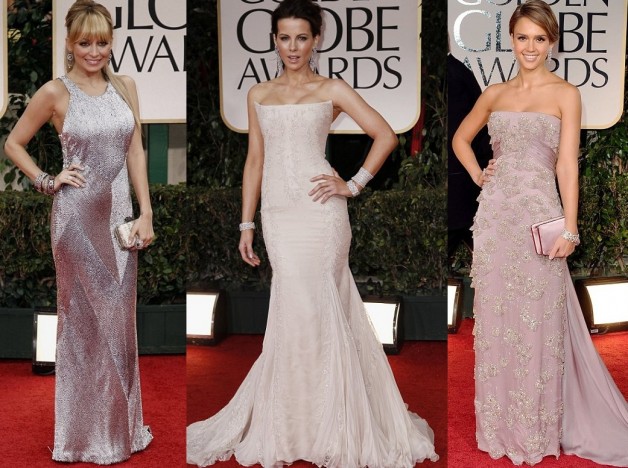 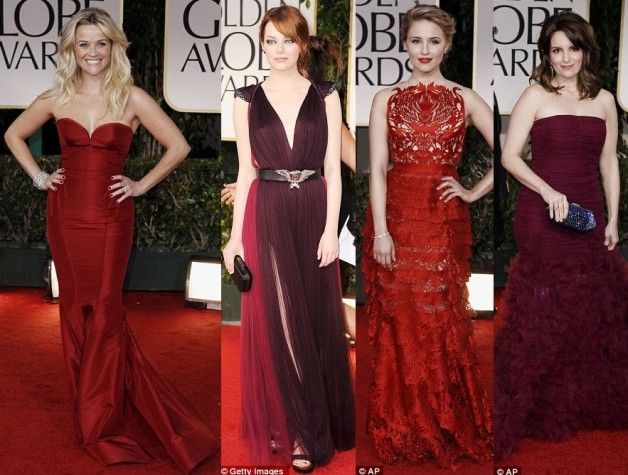 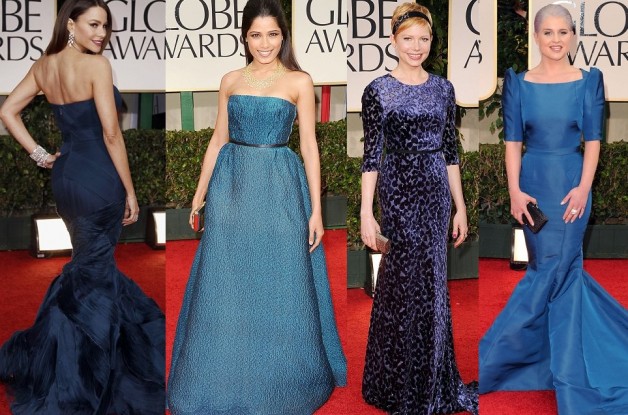 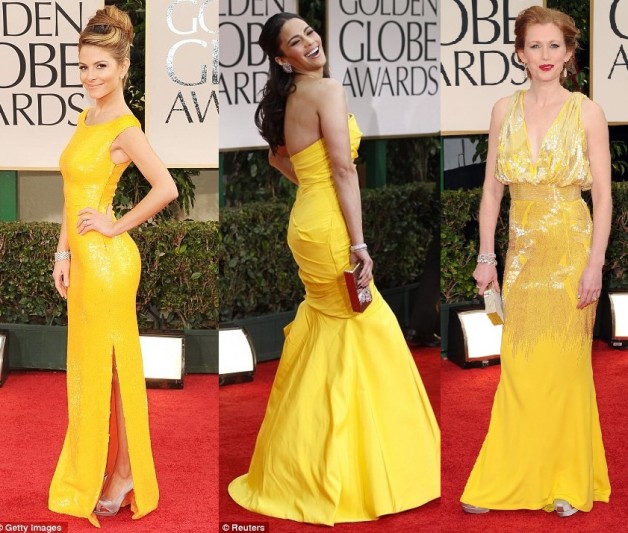 Lea was definitely feelin’ herself in the “stategically-beaded” Versace – but she may have been the only one. 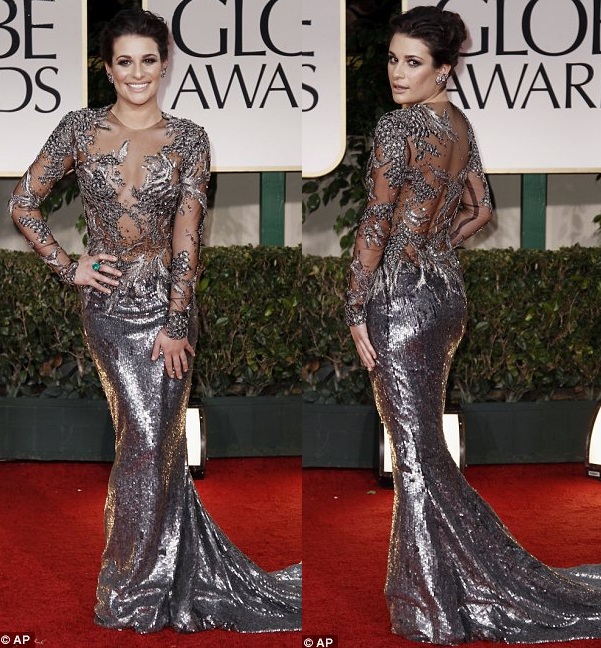 Angelina & Brad looked stunning, but the only question on my mind was, “Real or Wax?” 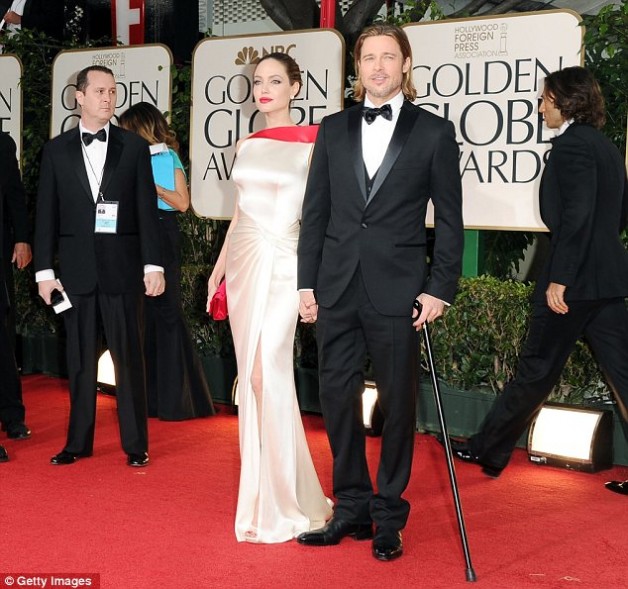 Fashion Flops from the 2011 Golden Globes