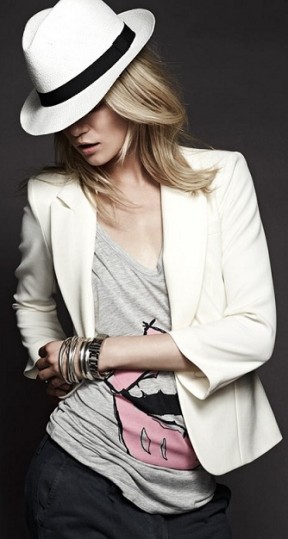 It’s a race to layers this Spring with edgy, cool fashions derived from vintage “rocker-inspired” looks of the 70’s.  It’s as if someone has a direct link to the “fashion obsession” that is currently occupying my brain.  The combinations below are an insane balance of edgy & chic, resulting in a variety of critically-cool layered looks.

These ensembles may appear to be an “after-thought”, thrown together from pieces you’ve liberated off of your boyfriend’s floor, but it’s all an illusion.  This laid-back rocker vibe actually requires just the right balance of Clothing-to-Accessories, Masculine-to-Feminine, and New-to-Old.  It takes a seasoned hand to make this kind of high-styling appear casually-cool.

I am so inspired by this layout I’ve already begun the “hunt” to replicate some of the shots below.  Start by identifying some of your favorite “foundation” pieces that you can “build” around.  I’m obsessed with the red shorts & variety of blazers/t-shirts, so that’s where I’ll begin.  Recently I’ve found a number of cool “faux” concert/vintage t’s from Forever 21, perfect for layering, and even more perfect on the pocketbook (approx. $15.00).

And then it’s a game of how many awesome accessories you can bring to the table, because ultimately that’s what makes the difference between looking “lazy-chic” or “deliberately-cool.”  These fabulous bangles/belts/fedoras may look “piled-on”, but they are all well-chosen pieces, precisely placed & perfectly distributed, and what separates the “fashion-forward” from the “fashion-frantic.”

Finding their level with layers, Kasia Struss & Bambi Northwood-Blyth turn in a performance right out of 1975 for (German Brand) Set’s Spring 2012 LookBook Campaign (images via fashiongonerogue.com).  With all the laid-back cool of that decade, these ‘chicks” are seriously killin’-it. 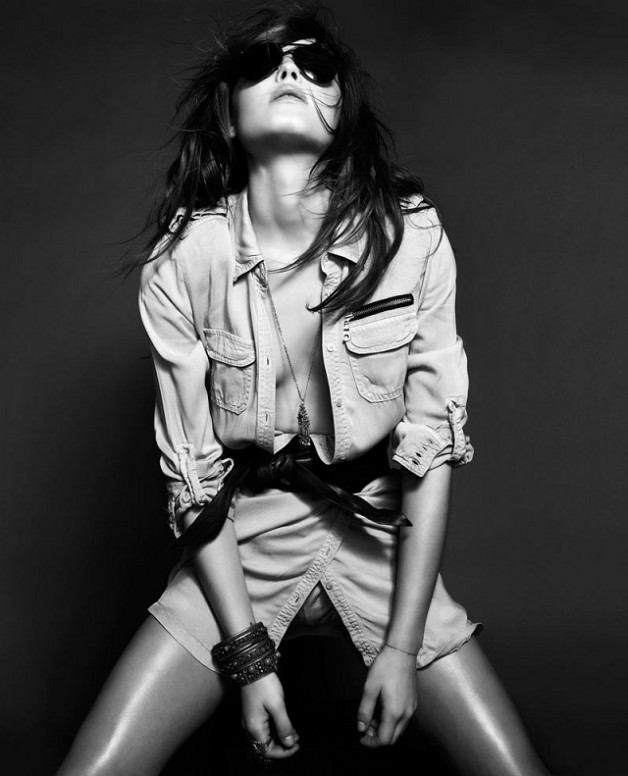 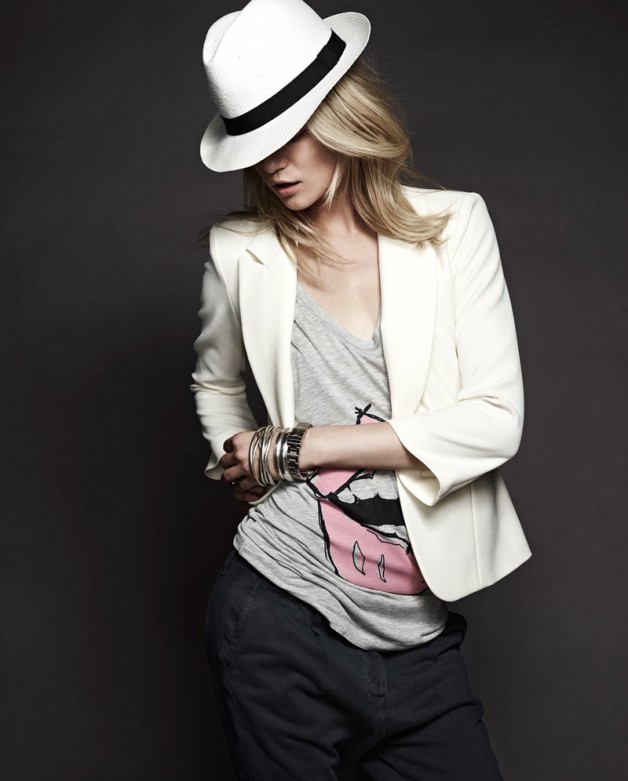 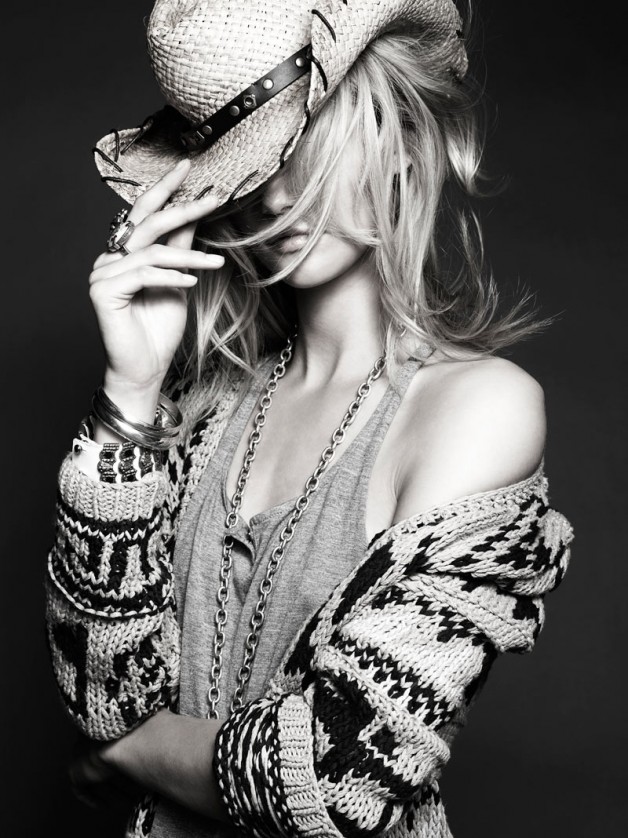 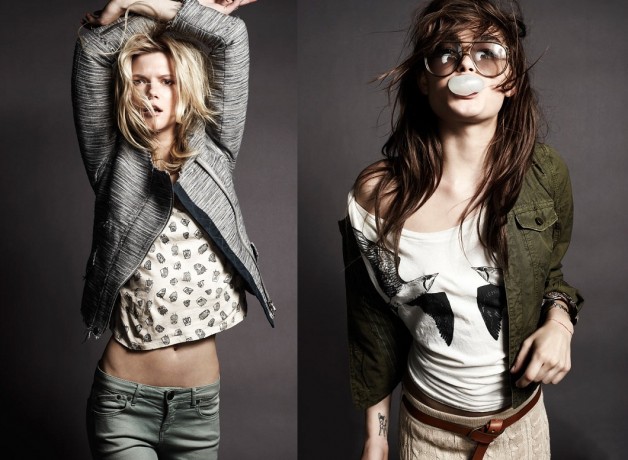 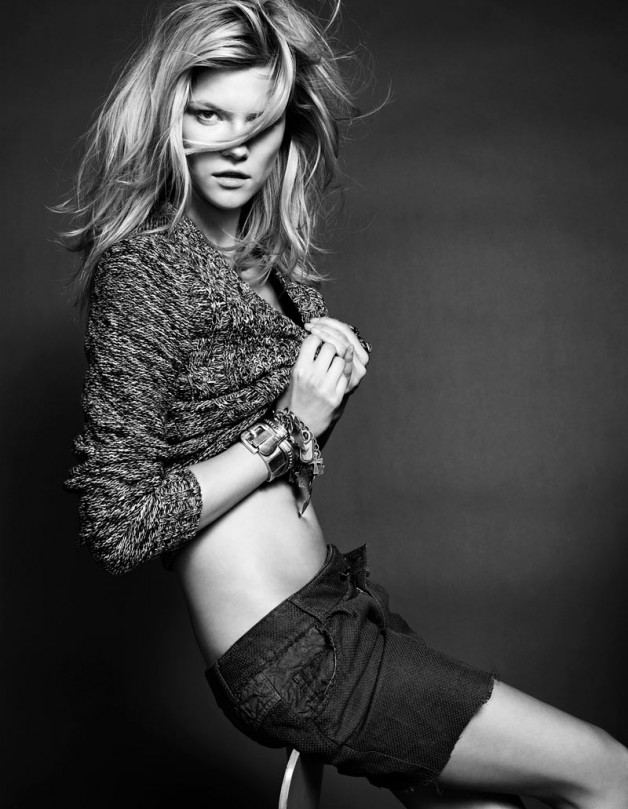 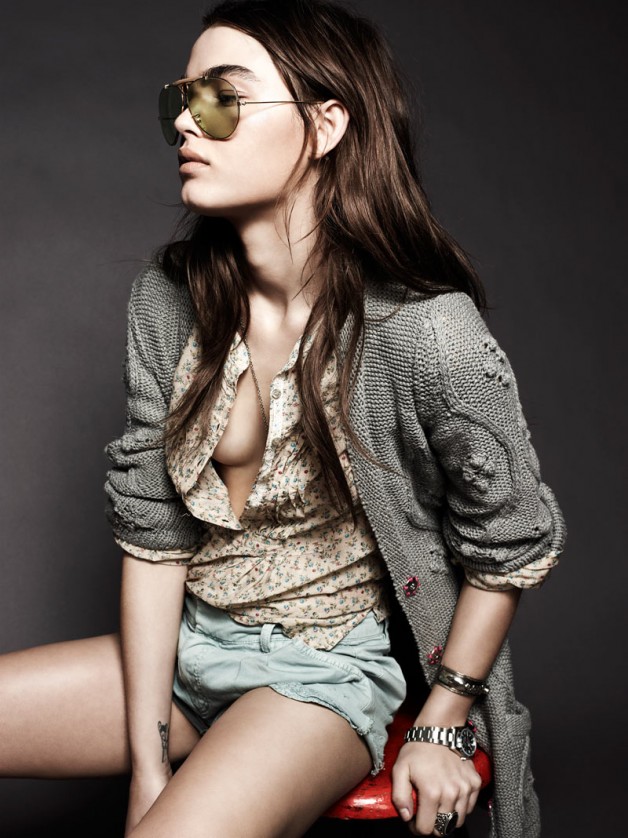 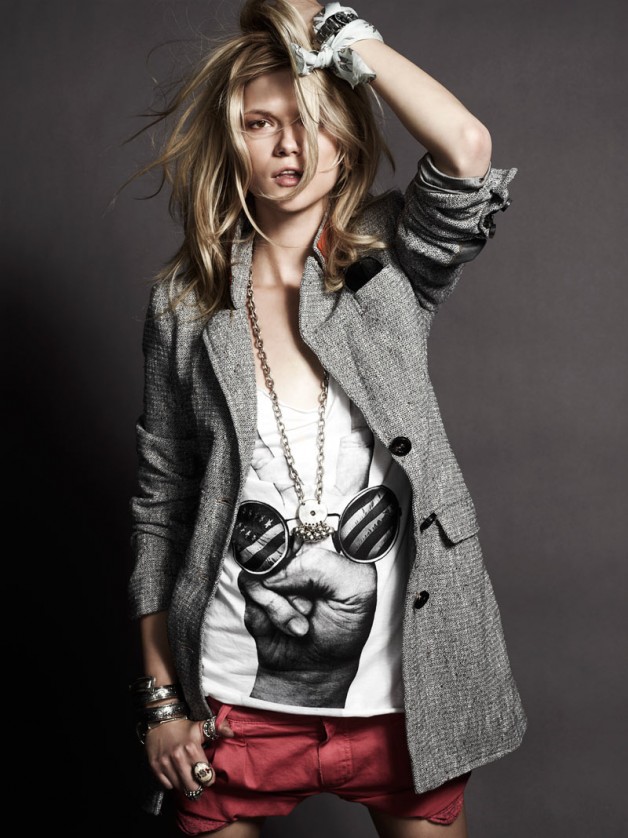 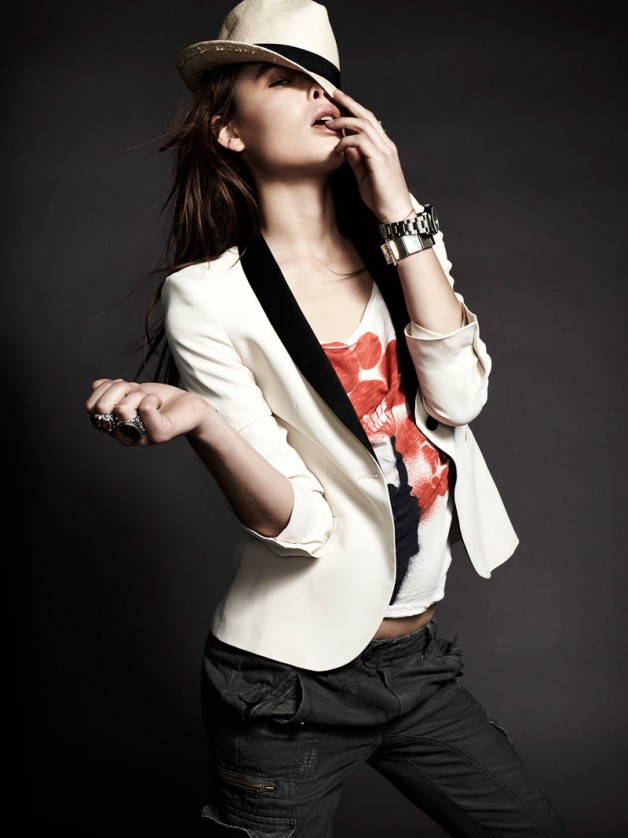 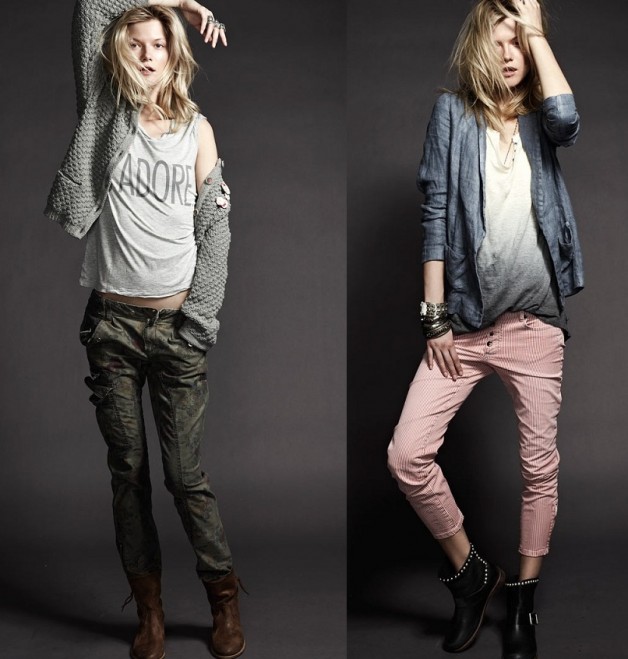 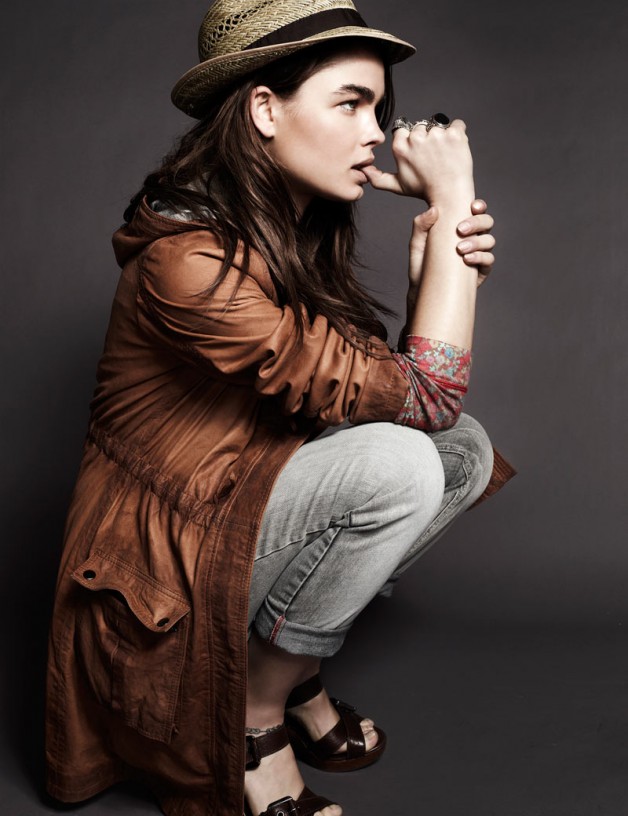 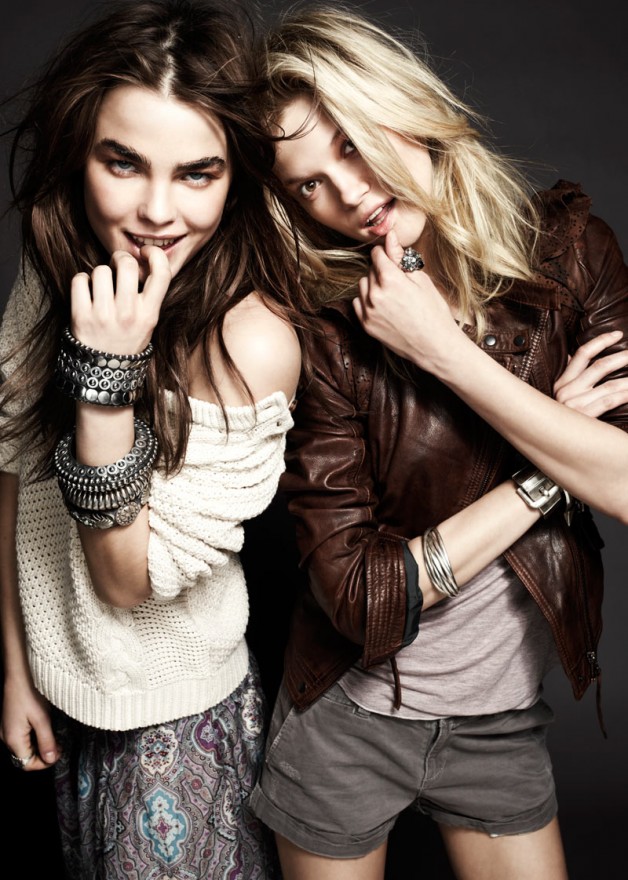