In Tom Munro’s latest editorial-thriller, Felicity Jones plays a double-agent who gets in-touch with her dark-side, for the March issue of Vogue Italia.  Going for “High-Voltage” chic, our heroine sticks with the typical “Spy” uniform of black-leather, mixed with a variety of edgy looks including, a “killer” red dress, designed to bring men to their knees.  Evoking the kind of presence only a true actress could manage, this stunning, British talent brings a layered-depth to this fashion-story – inducing a palpable sense of strength & urgency. Played perfectly, we see why Felicity Jones is considered the next “big-thing” in film (currently starring in the indie-hit “Like Crazy”), and with a pedigree that includes a degree from Oxford University, we see what she’s playing with.  It’s so refreshing to have a young woman who is both beautiful & academically accomplished, break into a industry that is saturated with the intellectually-stunted.  Hollywood has been know to elevate the average, leaving us to drown in a sea of the artistically-mundane.  When I see someone like this, my faith is restored.  I know we can have it all…Beauty, Brains & Talent. 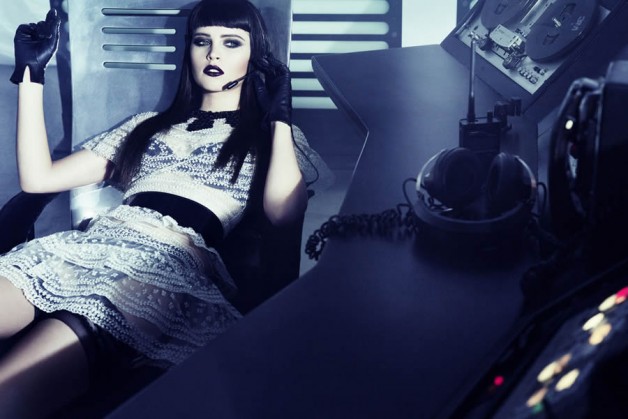 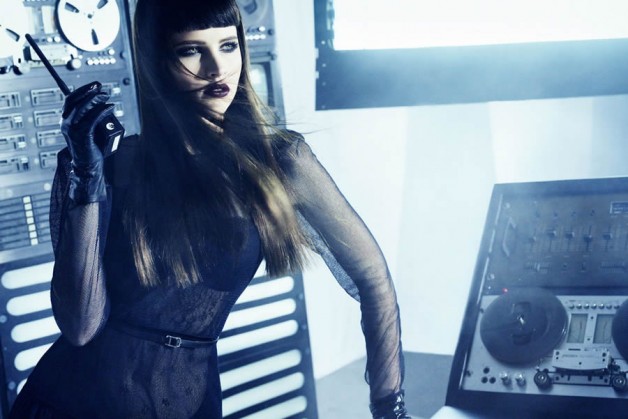 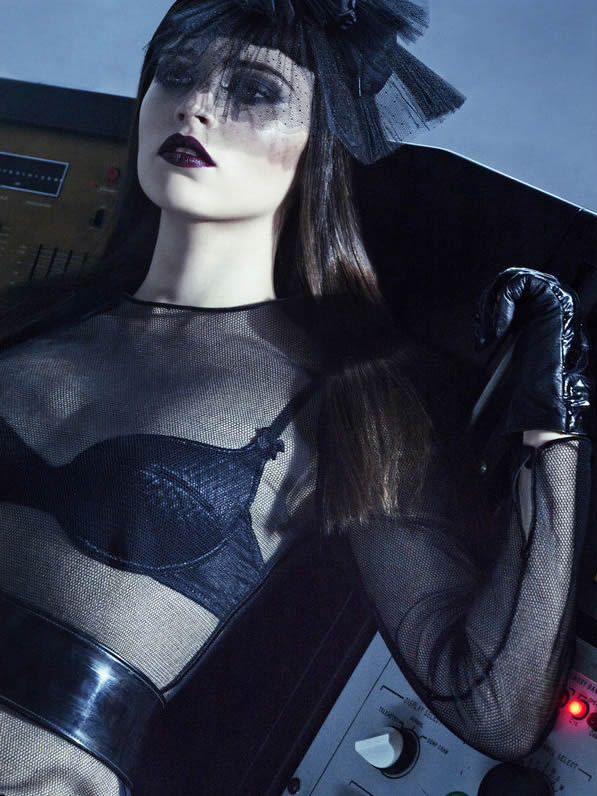 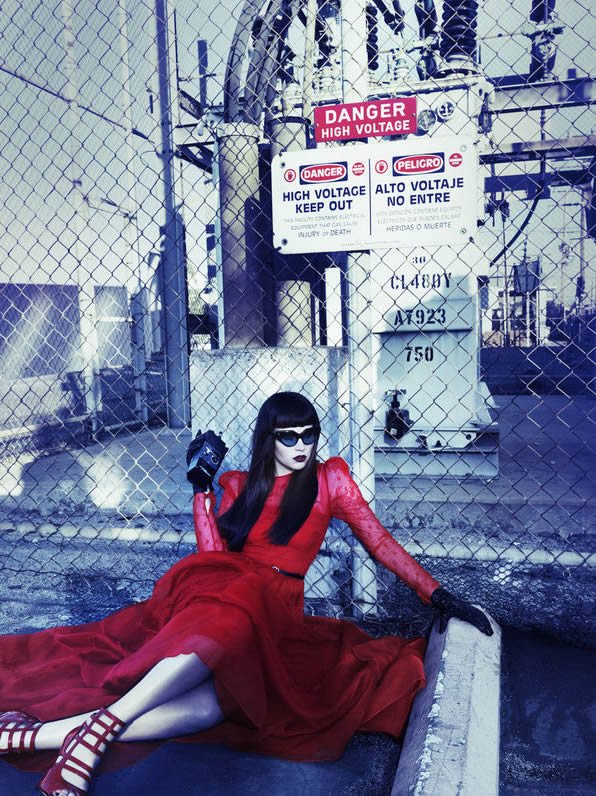 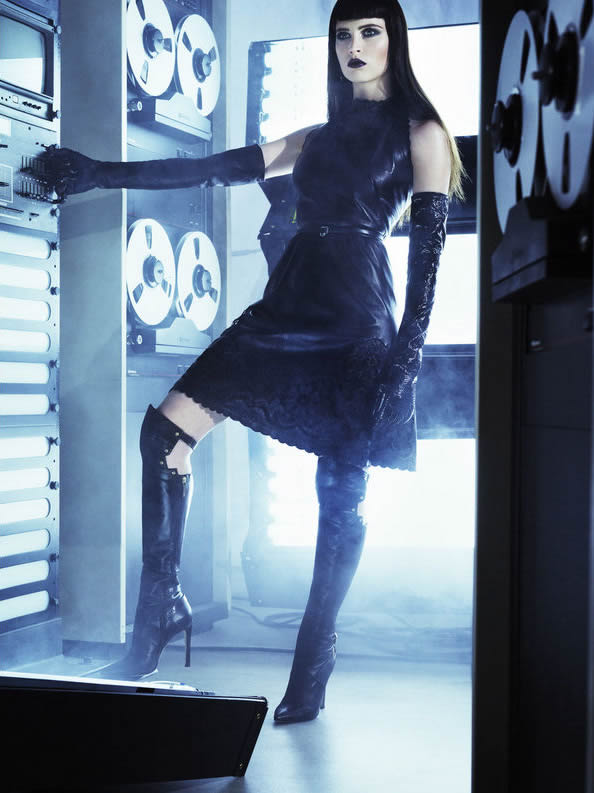 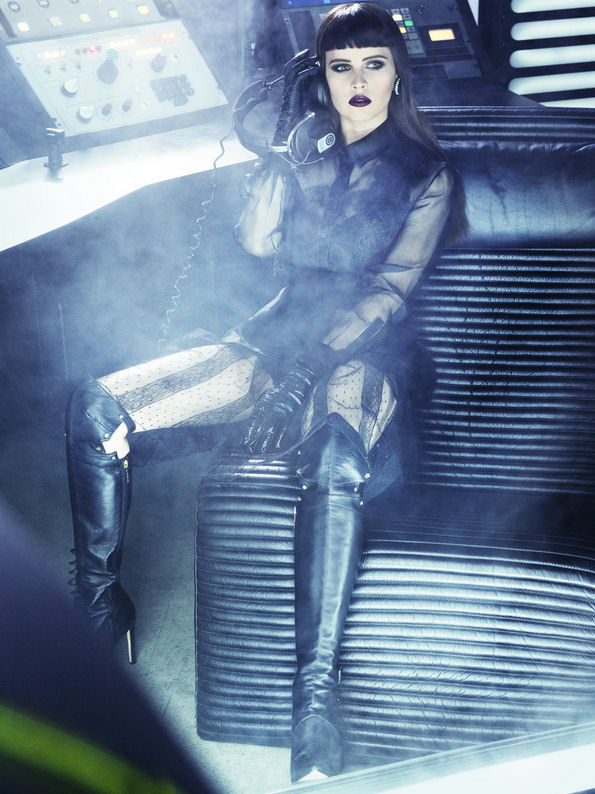 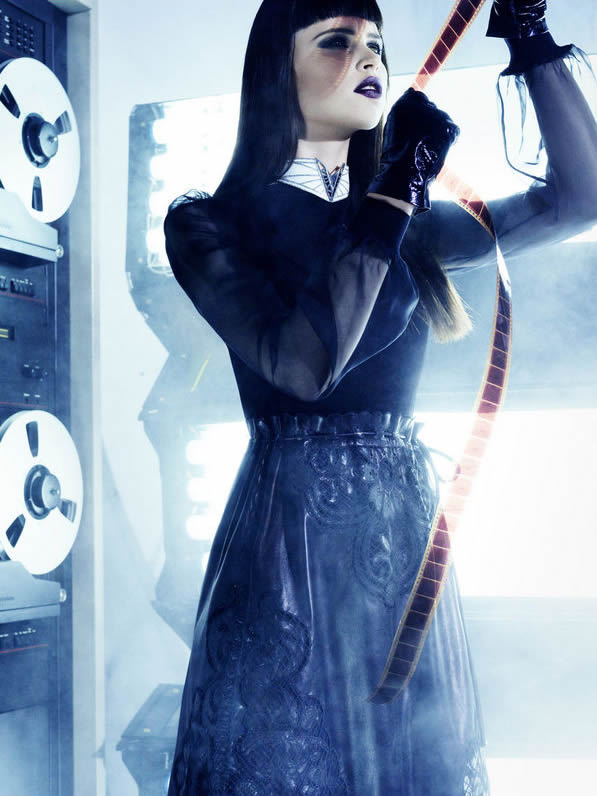 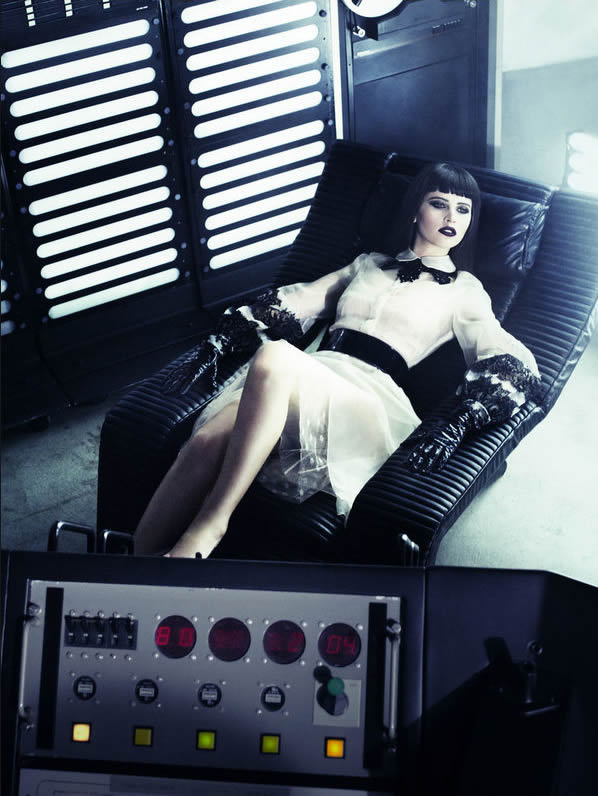 Kirsten Dunst Goes Back to Nature in Vogue Italia