Sebastian Kim takes to the streets in, ‘Sign of the Times,’ for the October 2012 issue of Vogue Germany. Imbuing a serious topic with a bit of kitch, Magdalena Langrova portrays the plight of a modern ‘bag lady,’ in this edgy, editorial laced with deeper meaning.  Piled high in designer goods, but unable to pay her rent – this story shines a light on a society plagued by material madness.  Wearing a walking wardrobe comprised of Louis Vuitton, Marc Jacobs, Rick Owens and Gareth Pugh, this wild combination of patterns, prints, paisleys & plaids express the chaos of a culture (literally) weighed down by greed.  Standing on the streets of Paris, in front of high-end boutiques, the perverse juxtaposition of this ‘haute homeless scene’ couldn’t be more clear. A cautionary tale on the realities of overspending, this layout reminds us – if you live for fashion you might end up buried in style. 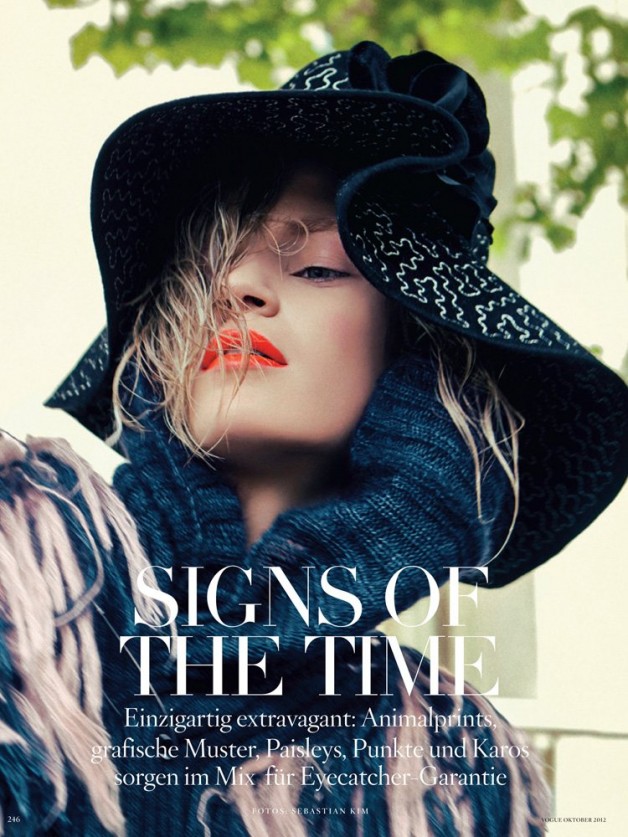 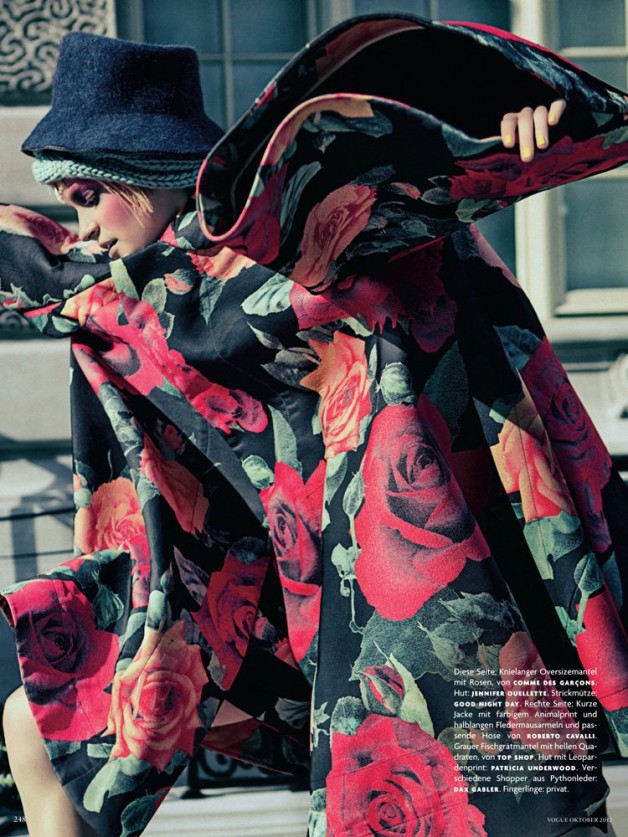 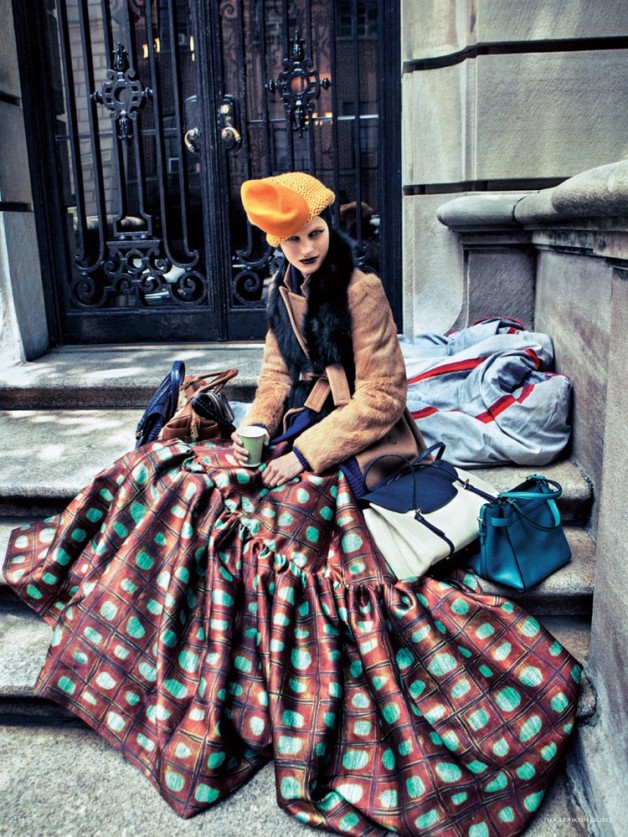 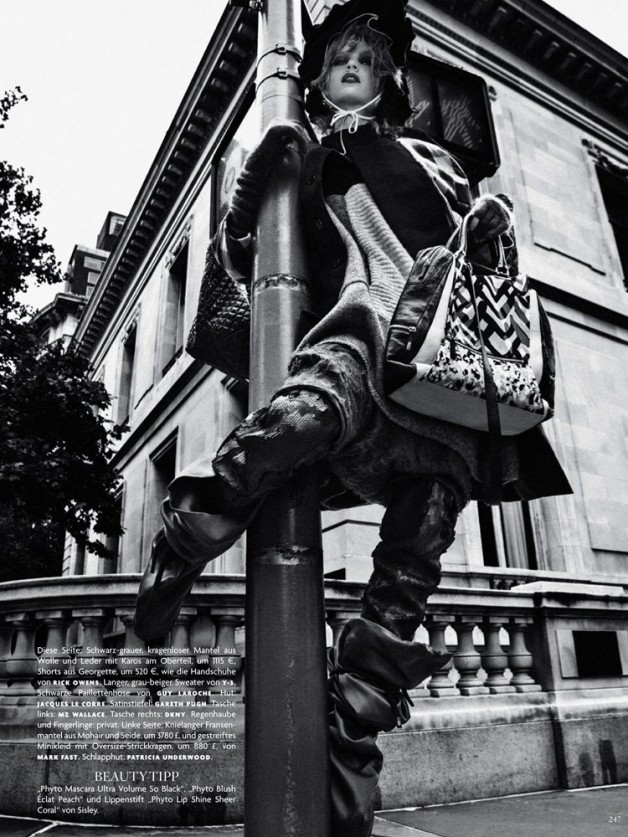 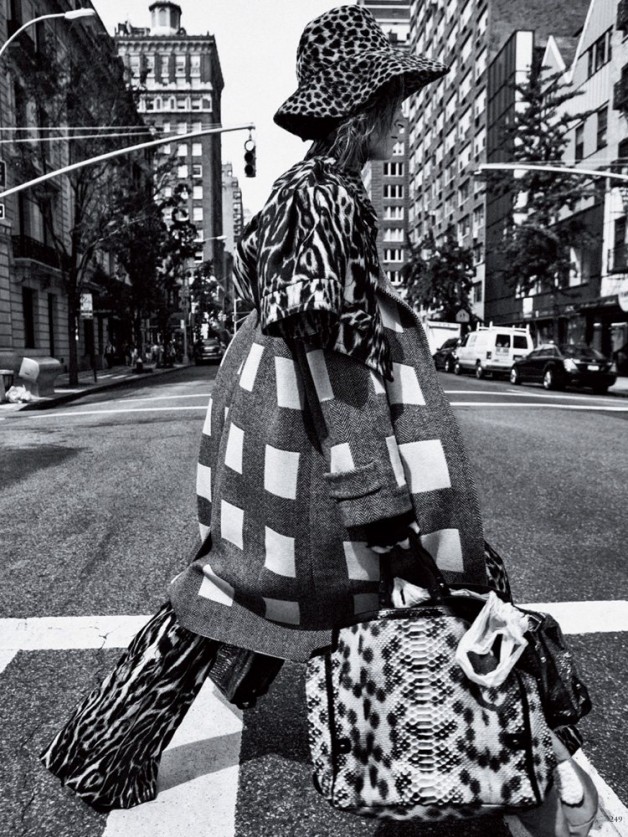 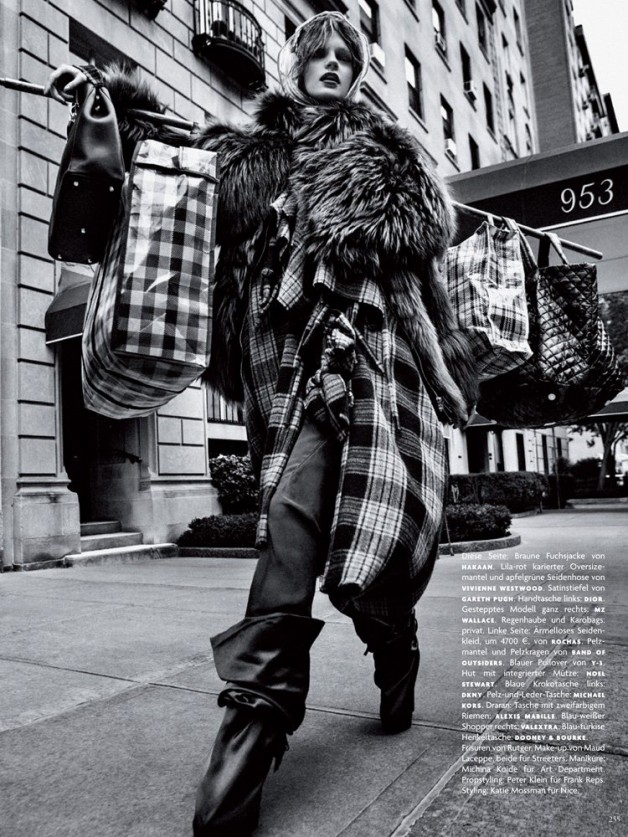 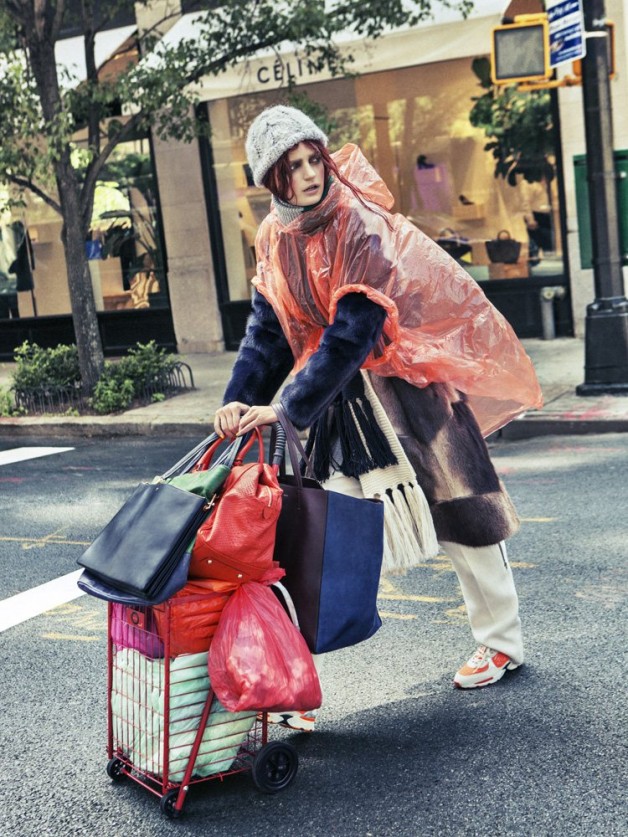 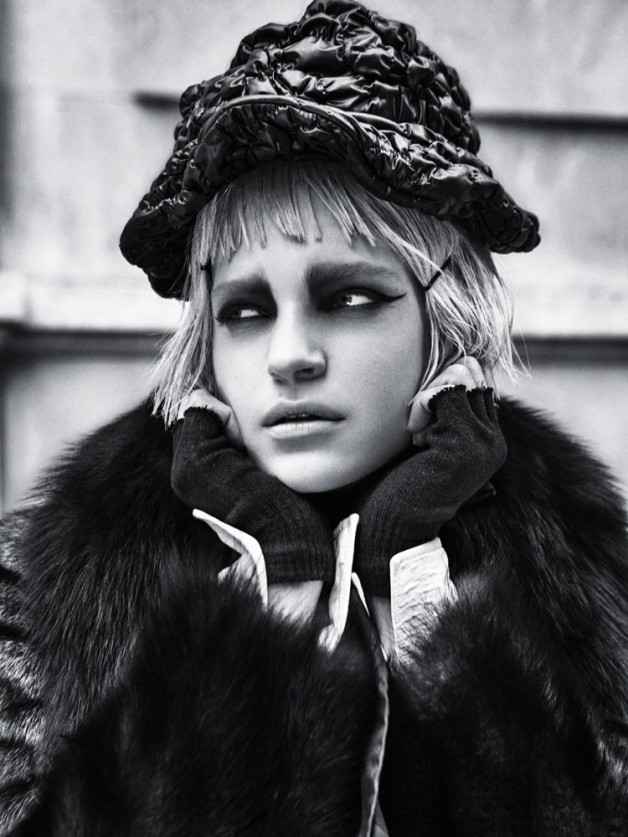 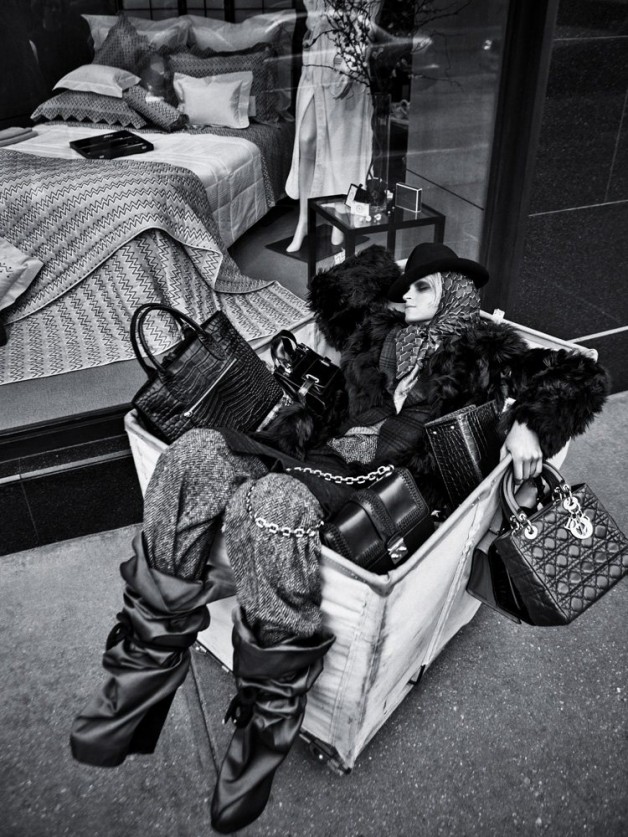 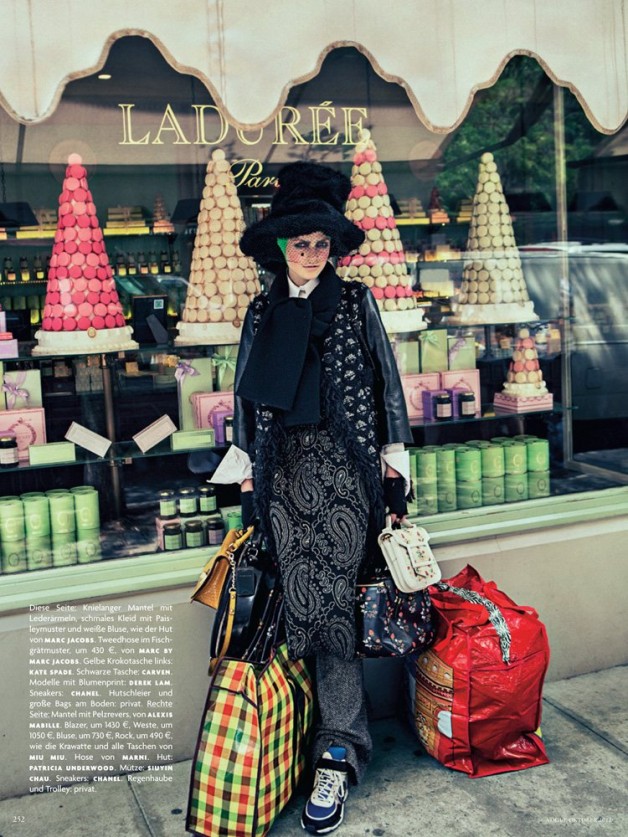 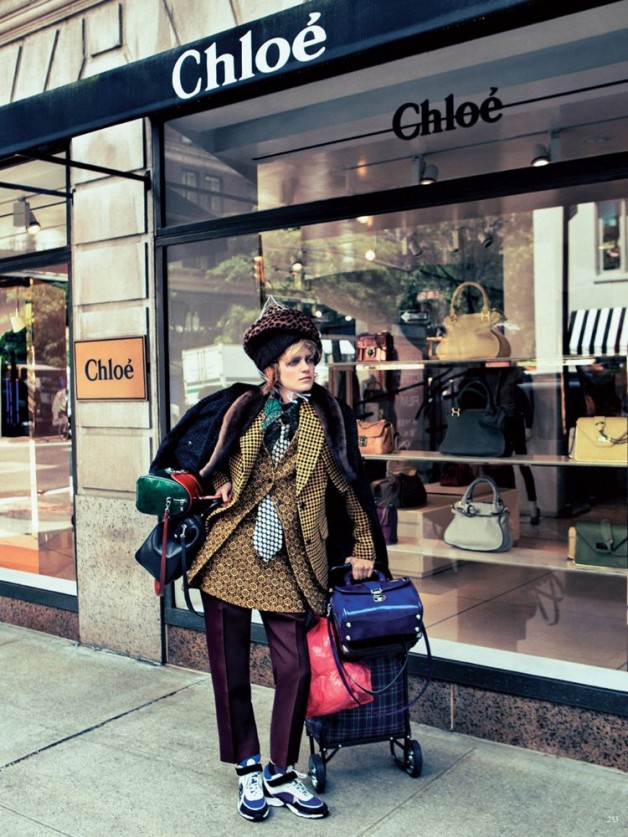 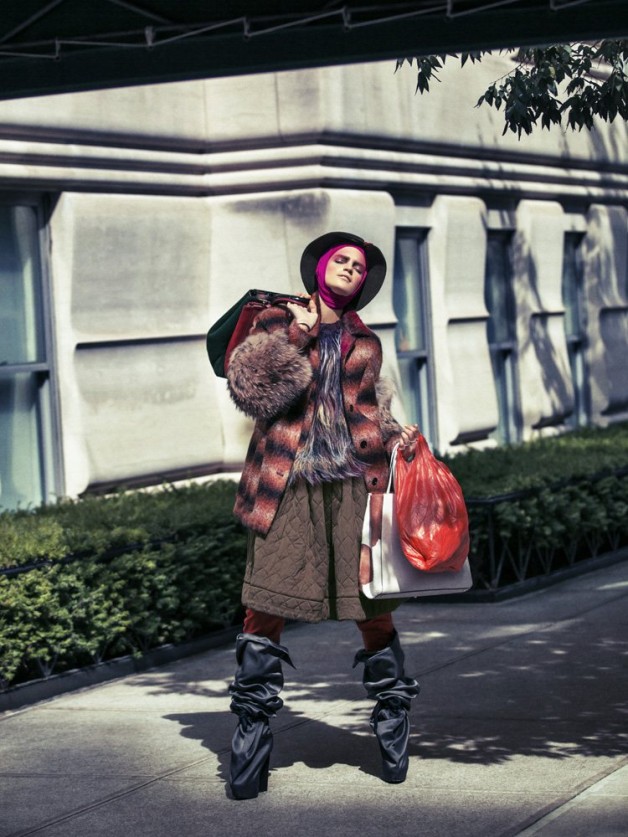