What happens in Thailand stays in Thailand.  Nathaniel Goldberg proves that ‘One Night in Bangkok’ is all you need, in this voyeuristic style editorial, for the September issue of V Magazine #79.  In the game of high fashion sometimes you’ve got to go hard, and in this steamy underworld fantasy setting, Saskia de Brauw does just that.  Never afraid to go full force, this androgynous beauty always pushes the envelope of sexuality.  In her role as modern seductress she refuses to relinquish her power.  Preferring instead, to play the provocateur, keeping her (willing) victims on a tight leash.  Always in control, this is the face of the new female empowerment movement. We can be anything we want, as long as it’s on our terms.  Nothing is happening unless we dictate it so.  And cast in the neon glow of after hours Bangkok, I can’t imagine Saskia would be denied anything.  Source (visualoptimism). 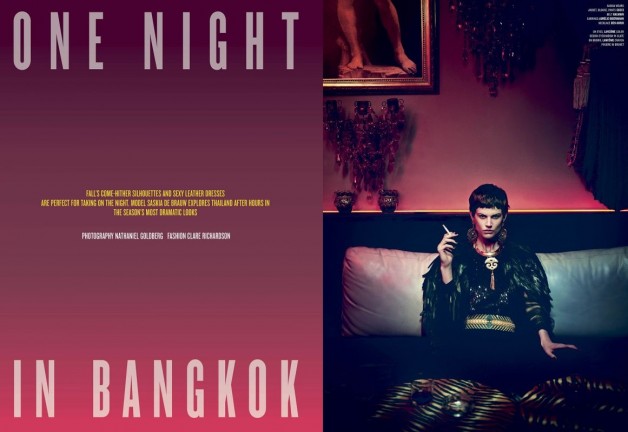 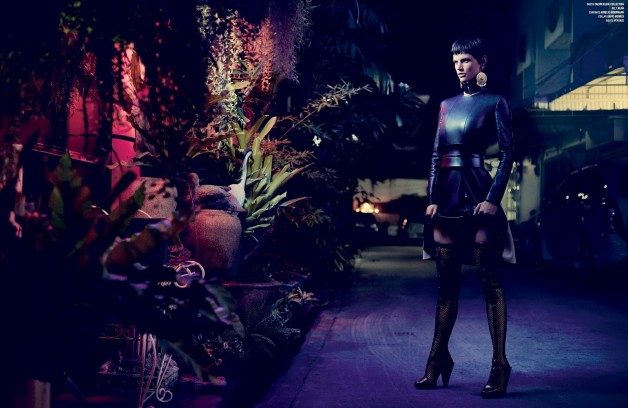 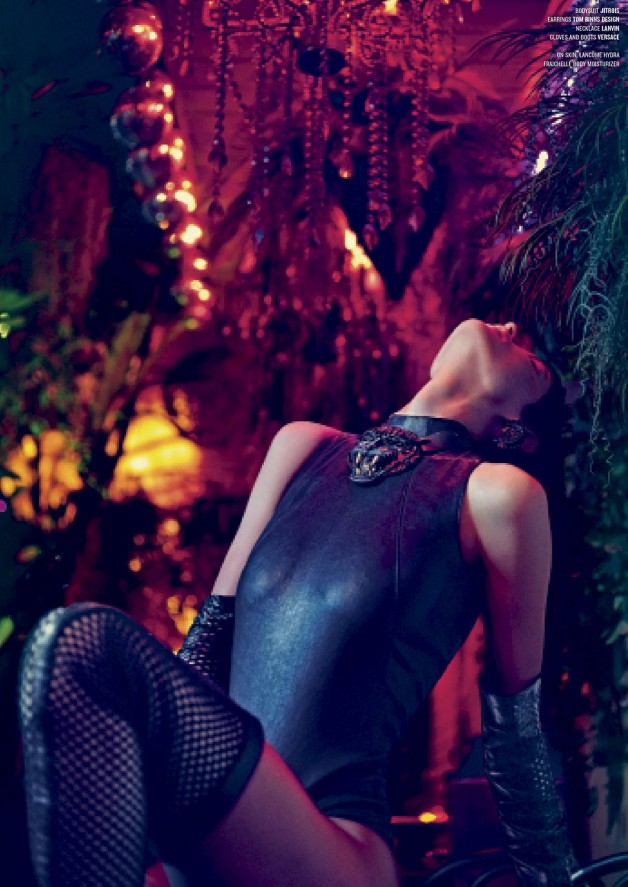 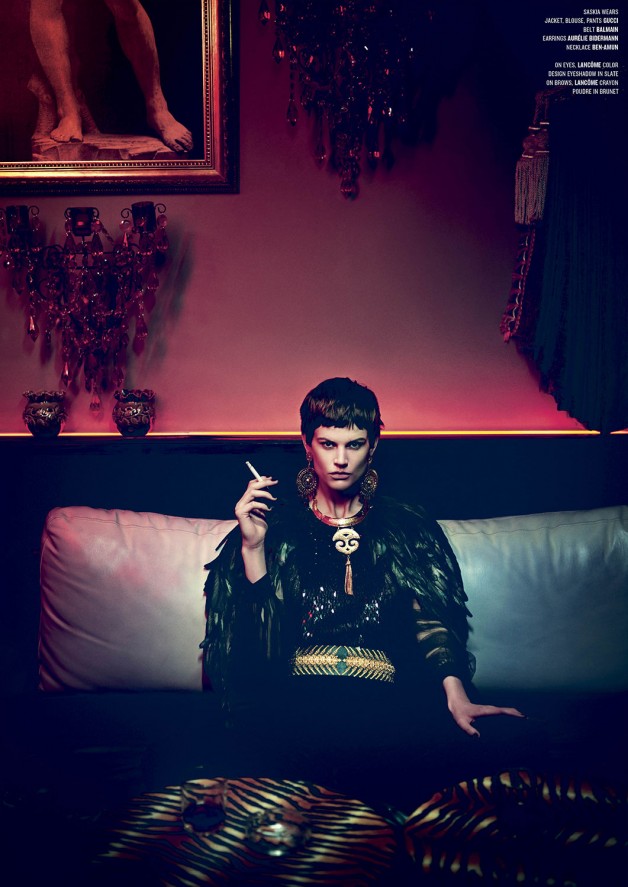 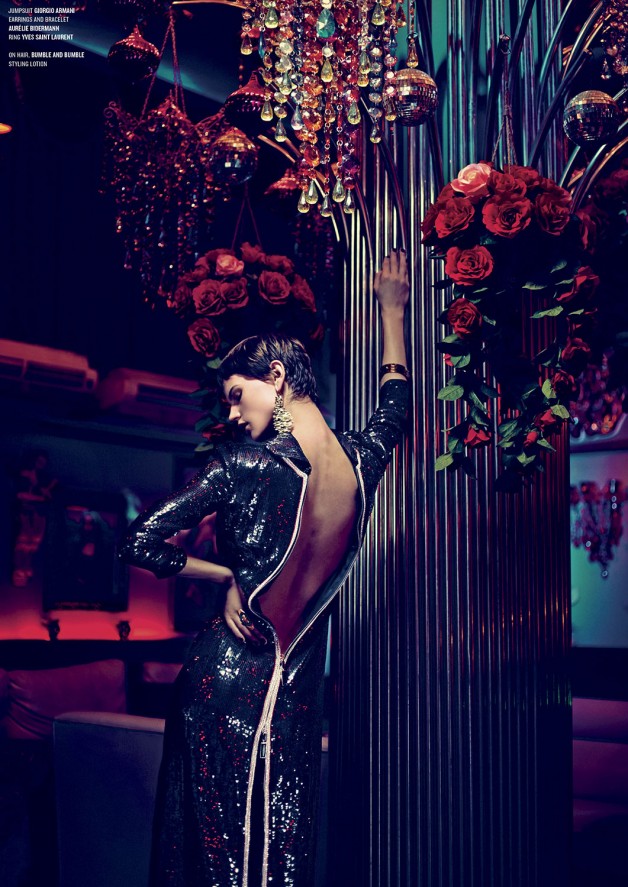 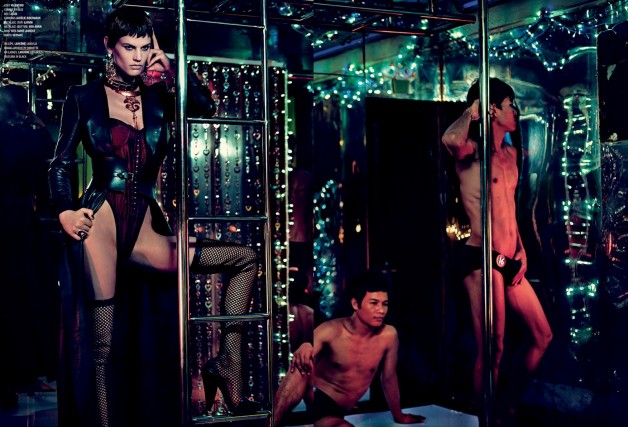 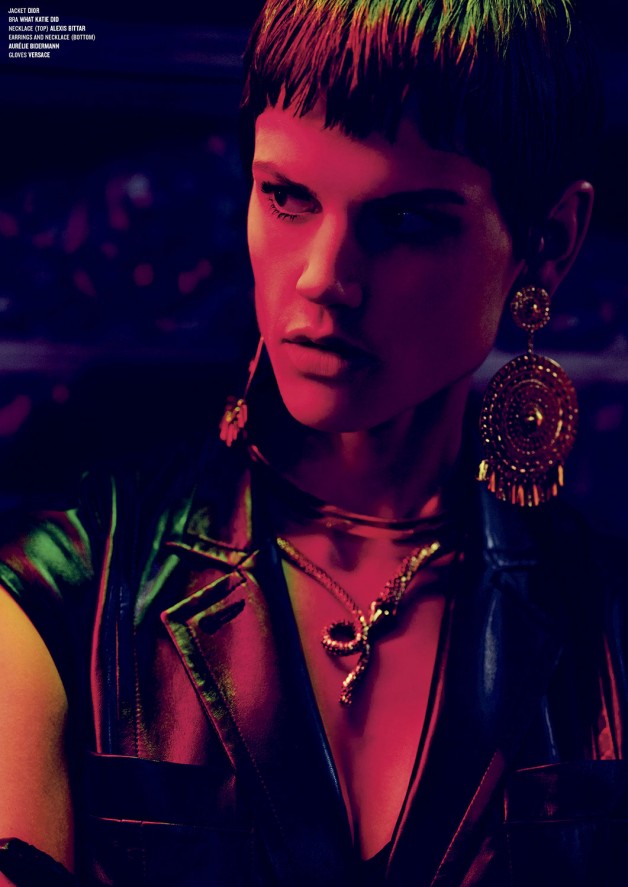 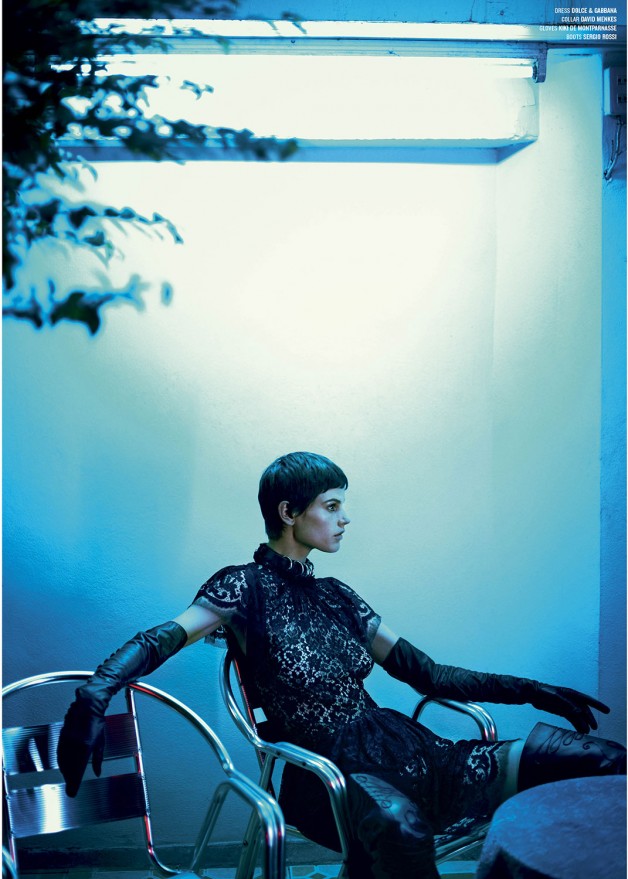 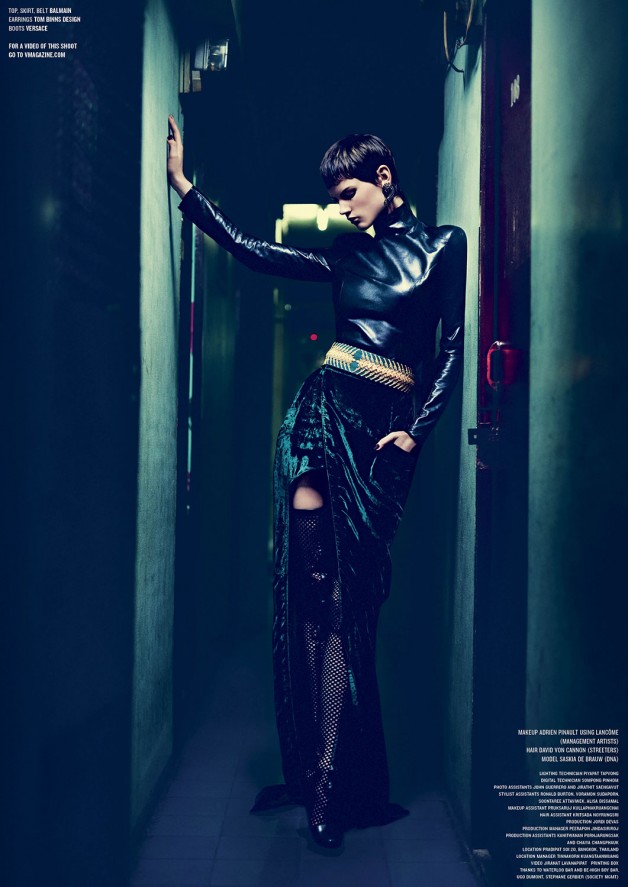 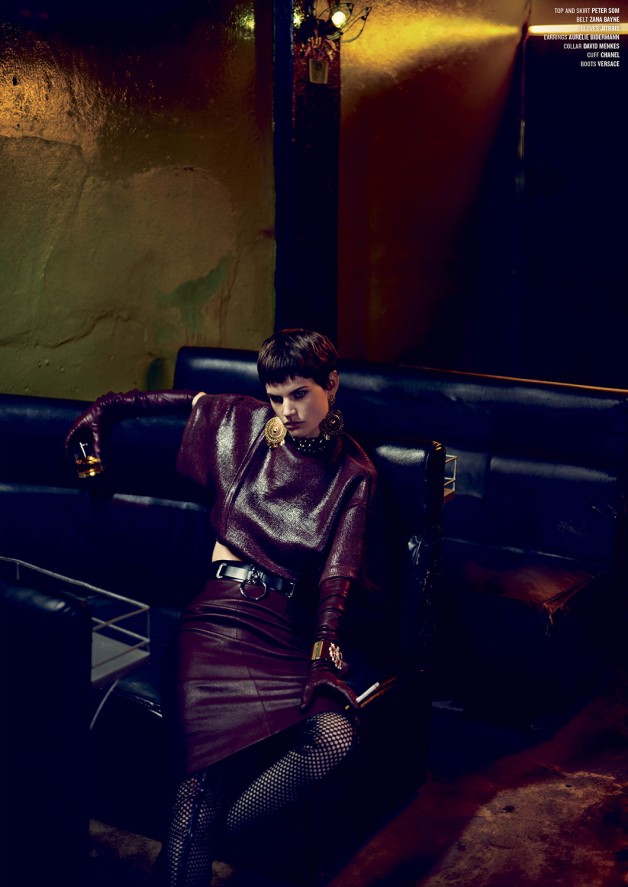