Patrick Demarchelier is a voice for today’s disenfranchised youth in, ‘Boom or a Dangerous Game,’ in the October issue of Vogue Russia.  Capturing the pent up passion of a lost generation, these images reflect a trend I’m calling, The New Power Punk Movement.  More than a popular fashion look, these pictures offer a window into young people’s struggle for identity.  In an era of instability, this group is fighting to find purpose in a world lacking stability & opportunity.  Punk was traditionally considered an overtly defiant choice, entered into by those looking to be branded an ‘outsider.’  And the clothes worn by those original rebels were often considered works of ‘walking art,’ designed to incite extreme reactions.  And while this updated interpretation is a considerably, more polished version of that hard-core style, the message remains the same, ‘we will not conform.’ Zen Sevastyanova, Vasilisa Pavlova & Sofia Titova embrace the tumult of the times in this editorial ode to culture of chaos. Take a cue from the ‘fringe element,’ and dare to defy convention with fashion that makes a statement. 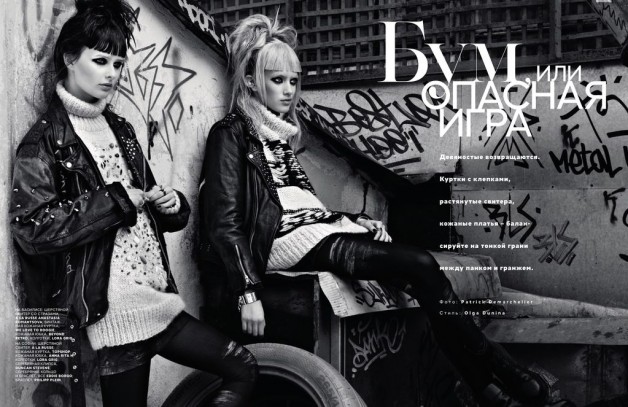 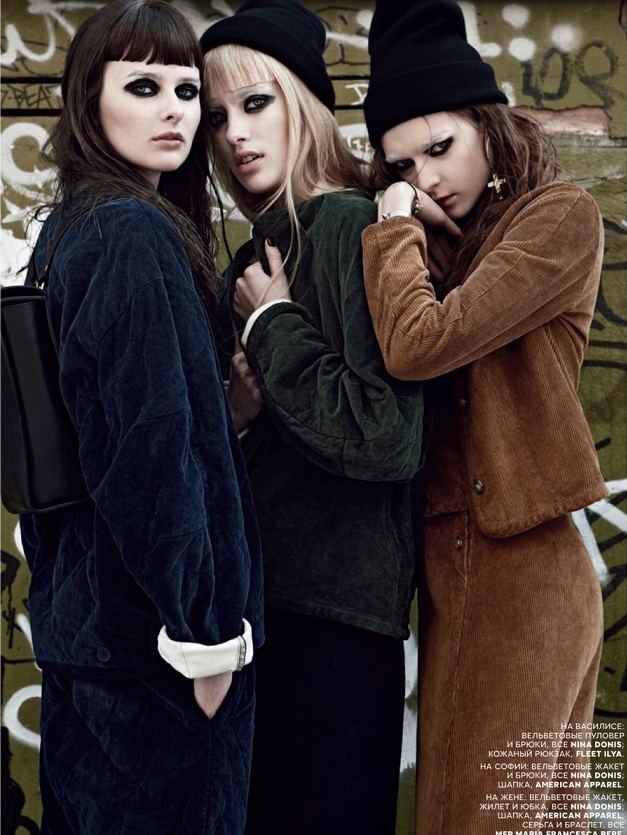 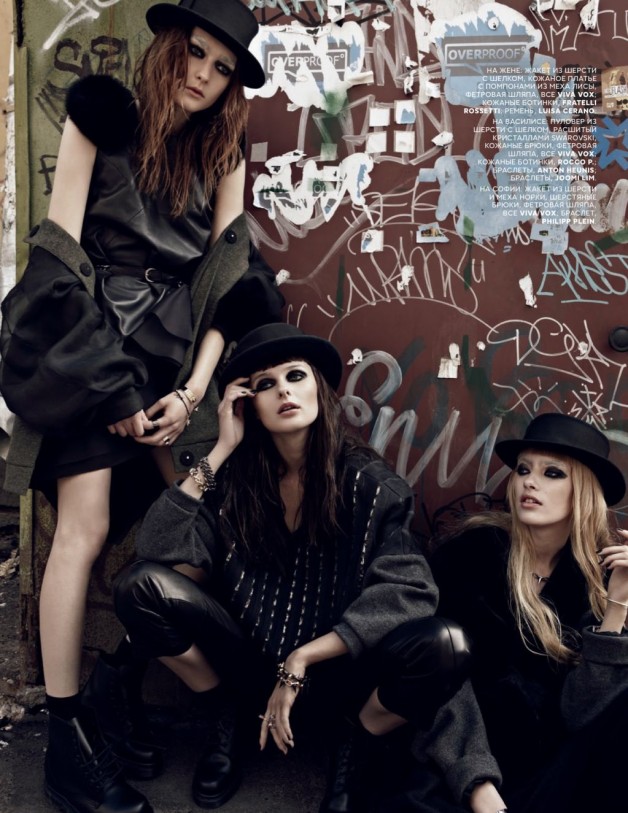 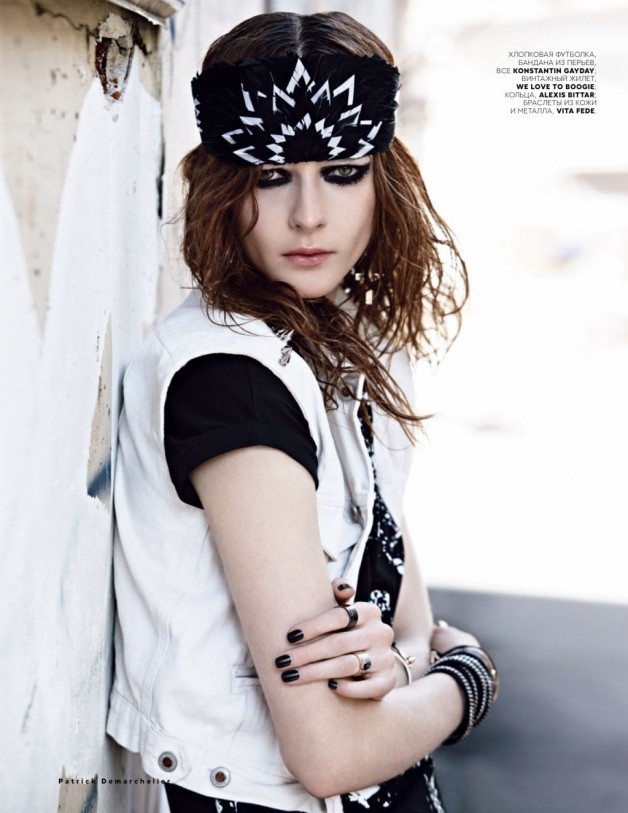 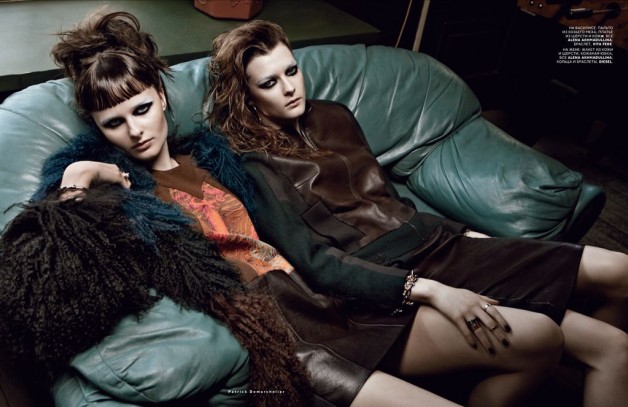 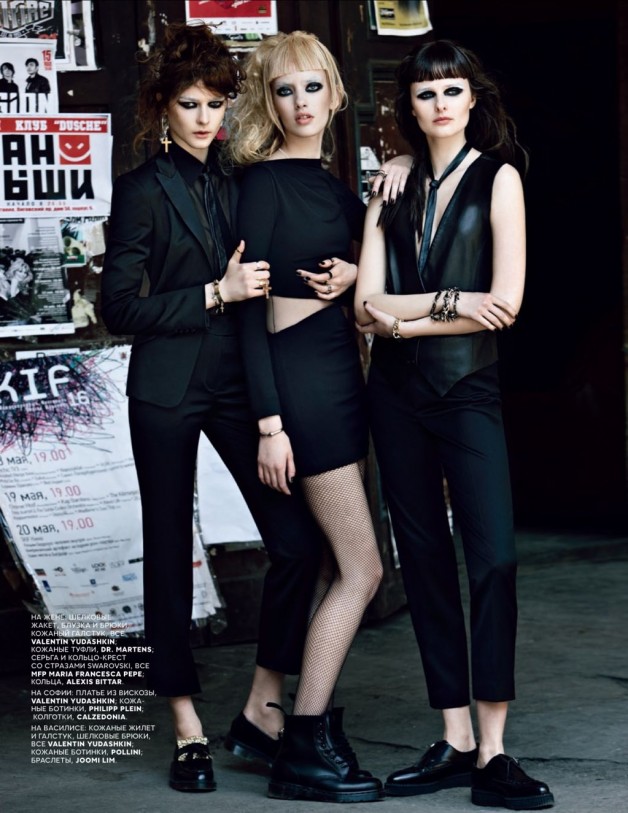 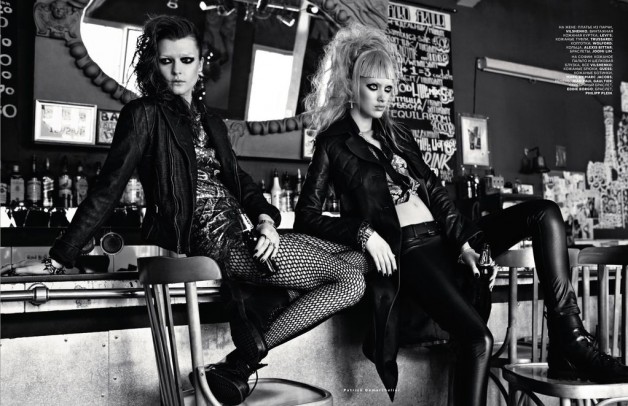 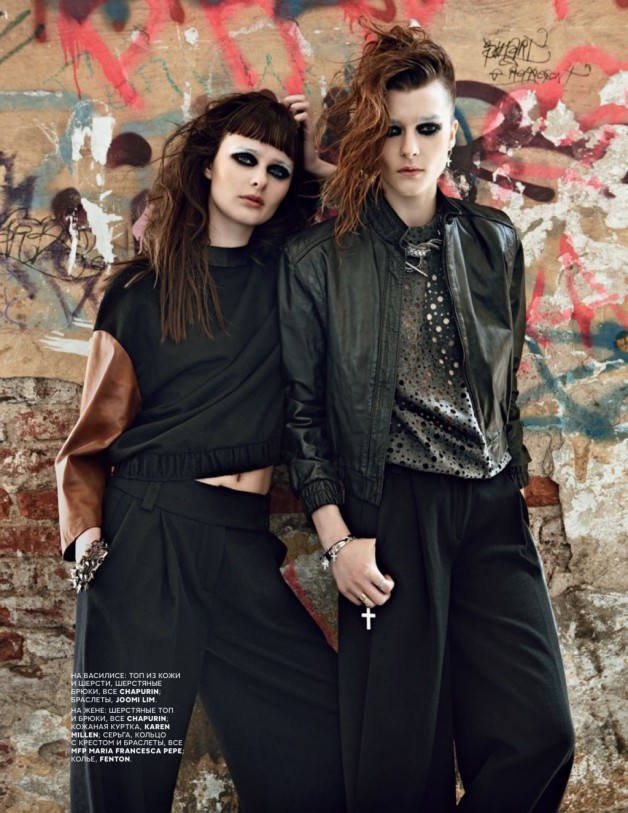 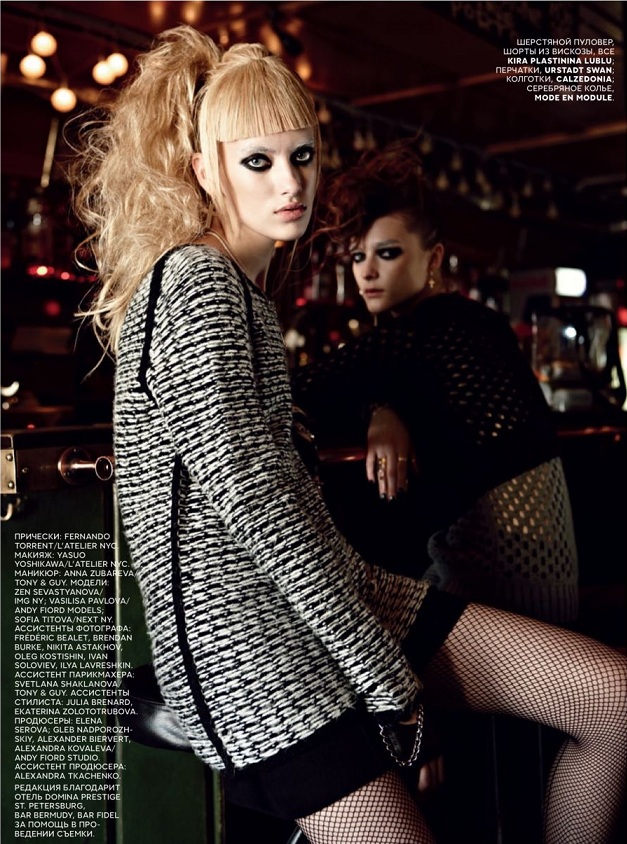