Borrowing from Bowie, Bianca O’Brien pays homage to one of the greatest rock personas ever created in ‘Stardust (Memories)’ for the February issue of Amica Magazine. Sandrine Dulermo & Michael Labica embark on a modern day Space Oddity, inspired by David Bowie’s most creative era, Ziggy Stardust and the Spiders from Mars. Known for his dedication to high-drama, this prolific artist elevated the androgynous movement during his reign as Glam-Rock king. An ode to the Iconic spirit of a pop-culture legend, the influence of Ziggy Stardust knows no bounds. As powerful today as he was in the 70’s, this edgy editorial celebrates the theatrical style that epitomizes this eclectically electric time period. Bold, brash and always experimental, Bowie’s fascination with the bazaar led him to create some of histories most captivating characters. A study in the Art of Fashion, this avant-garde visionaire taught us the beauty of living beyond the barriers. A tribute to trends gone by, this Spring is seeing a surge in retro-modern combinations unlike we’ve ever experienced. It’s a full-on era explosion with brave new looks that embrace the best parts of the past with the most exciting elements of the future. Source (visual optimism). 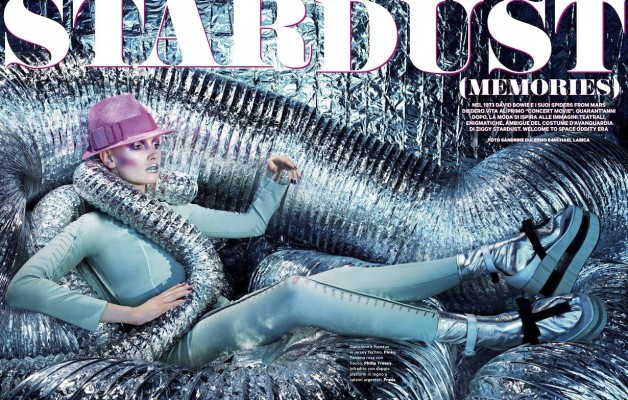 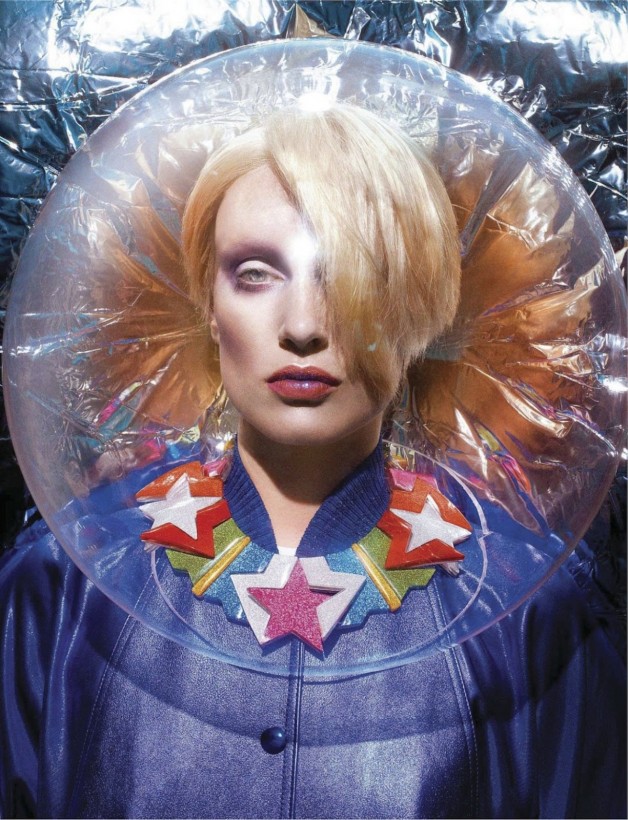 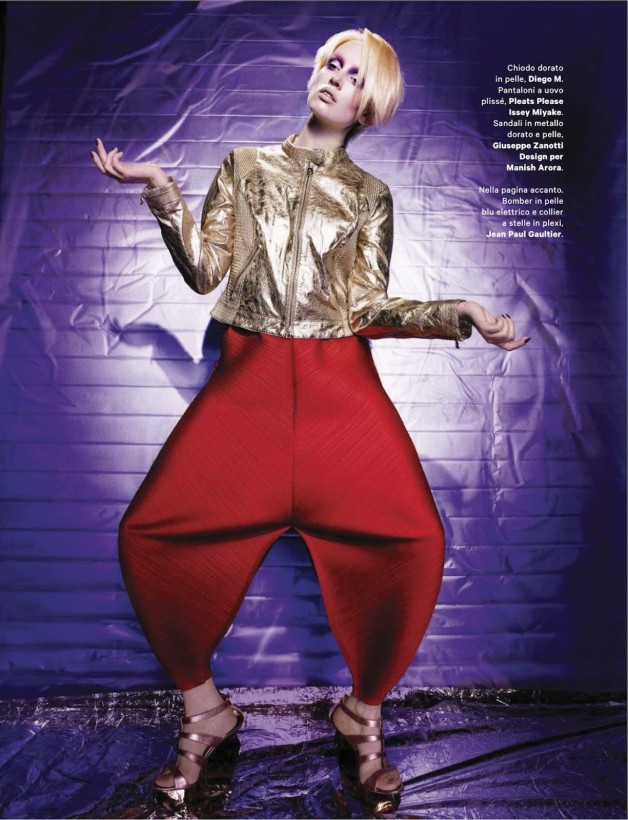 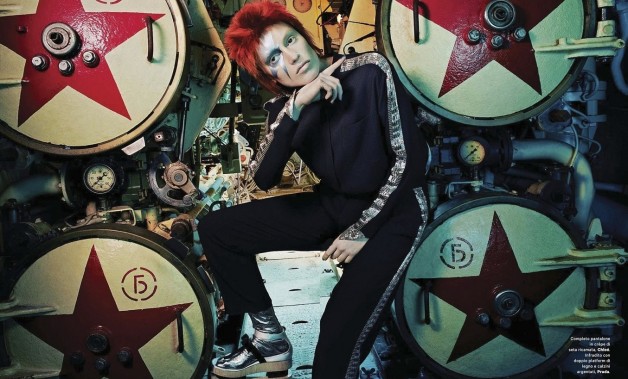 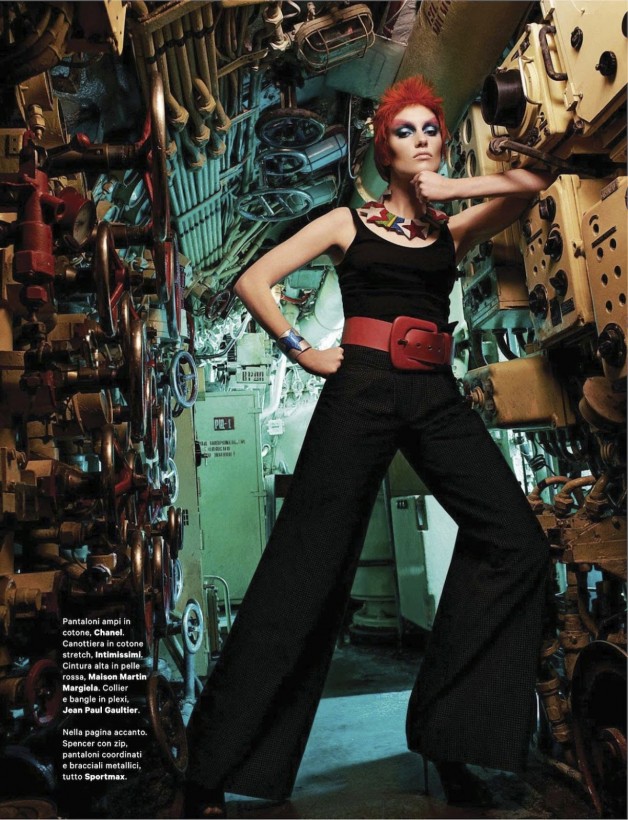 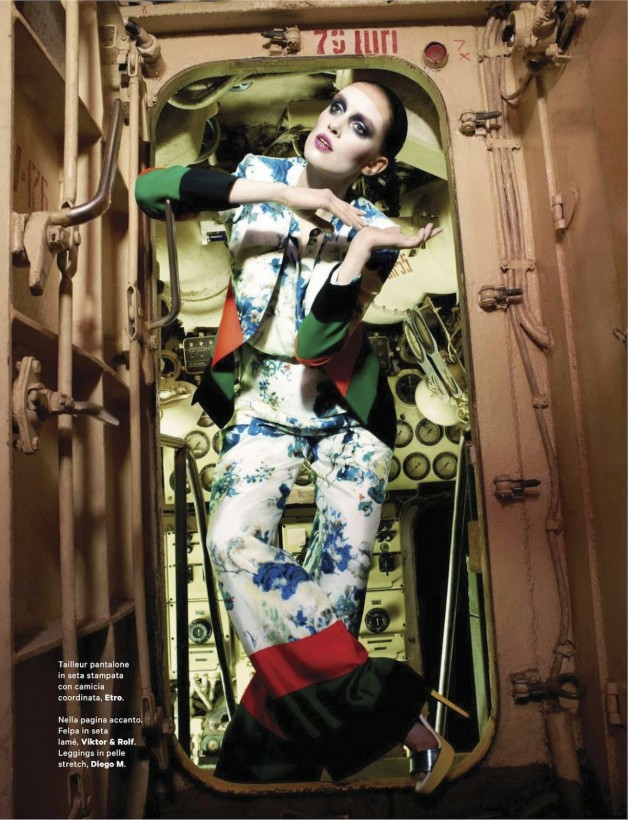 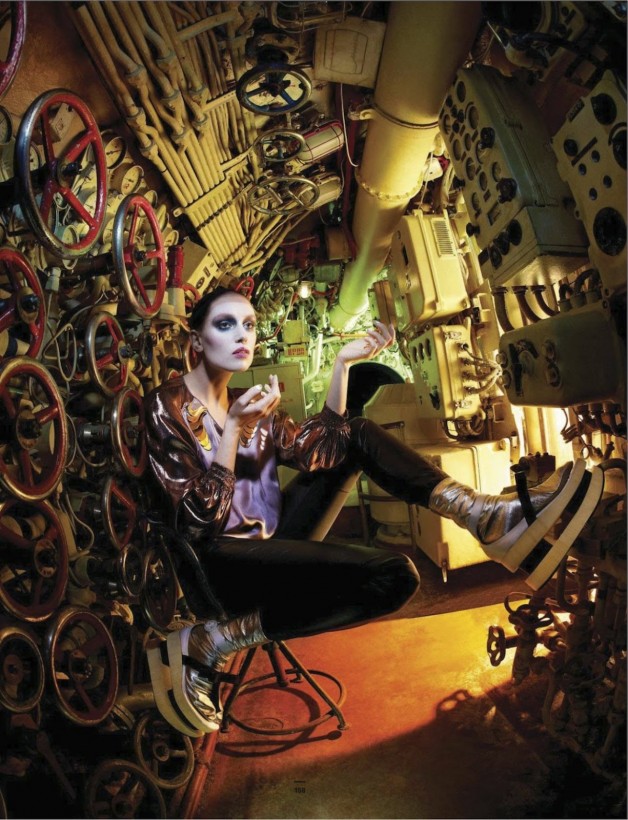 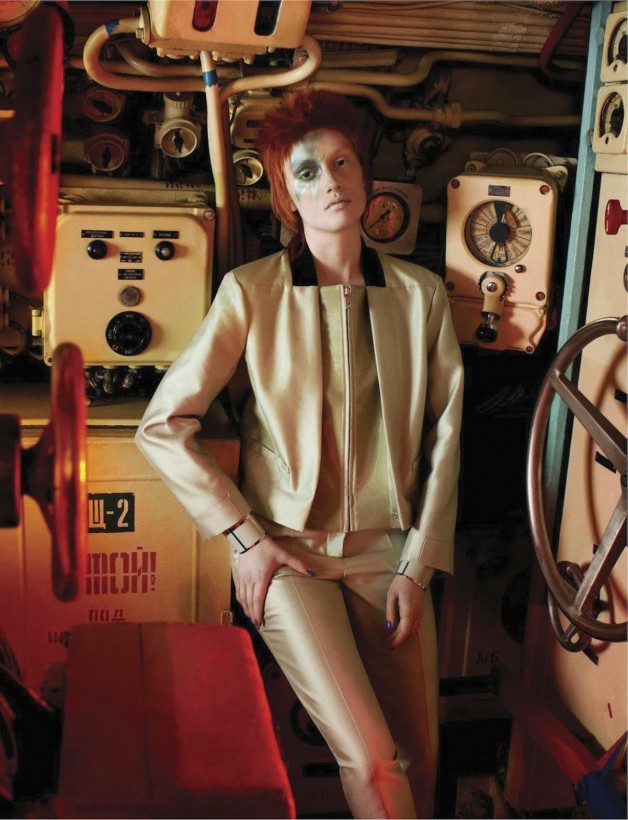 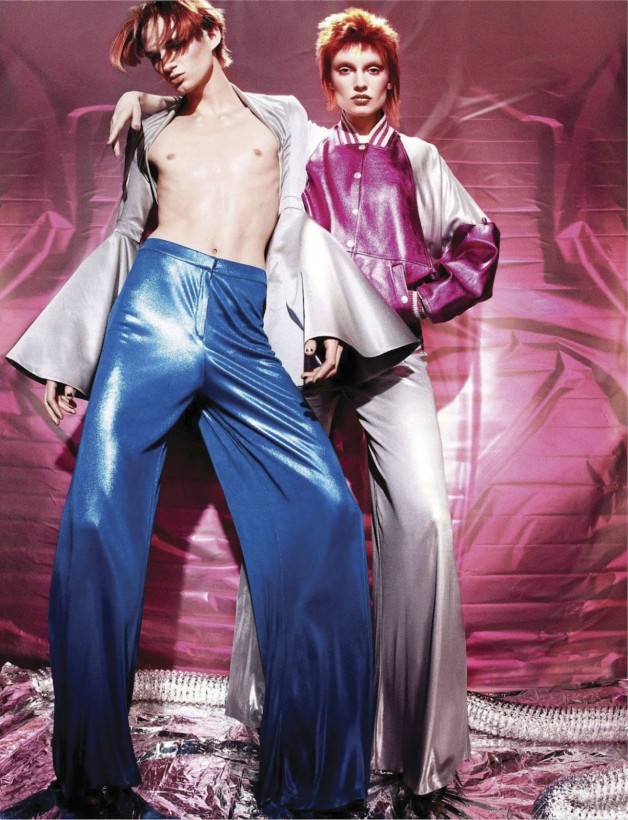 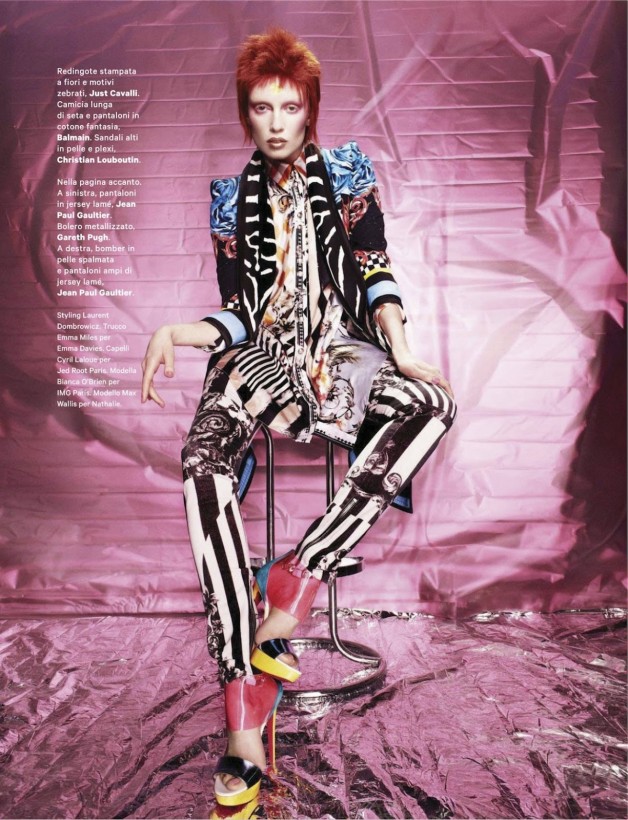 Edita Vilkeviciute is a New Lady of the 80's 'Stardust'