Join the Mod Squad and be a part of a true trend transformation, in ‘Mod Revolution’ by Daniel Jackson for the February issue of Vogue China. Models Kel Markey, Agnés Nabuurs, Bo Don, Athena Wilson & Chiharu Okunugi combine forces to reinvent the 60’s.  Embracing the symmetry of structure, Modern Mod is all about building on the architecture of the original shapes and patterns, while leaving behind some of it’s psychedelic roots.  Spring 2013 is seeing an explosion of ‘Retro Modern’ looks that infuse fashion forward elements of designs with popular vintage styles. This way, the power of the past stays intact while the intensity of the future hits with impact. Remember, in fashion and in life, you have to look back to gain the vision to see forward. 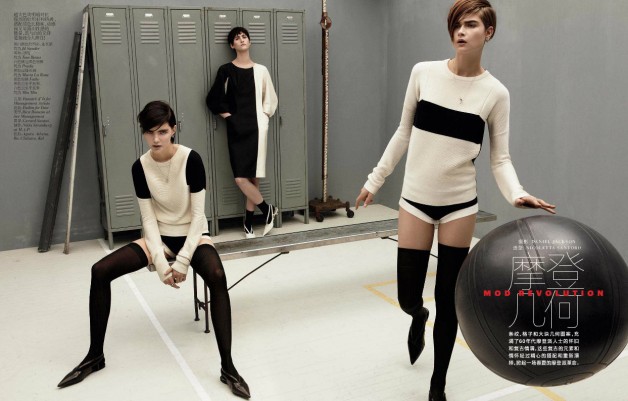 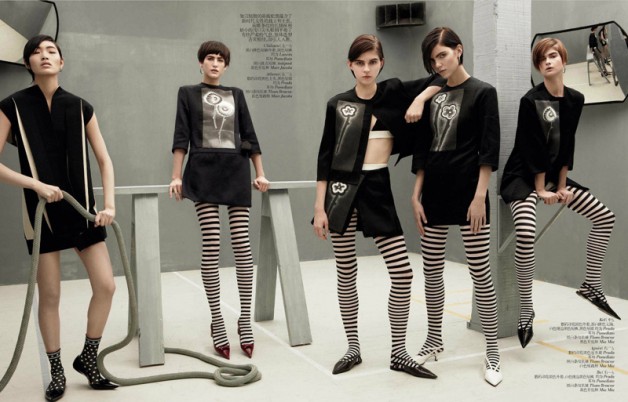 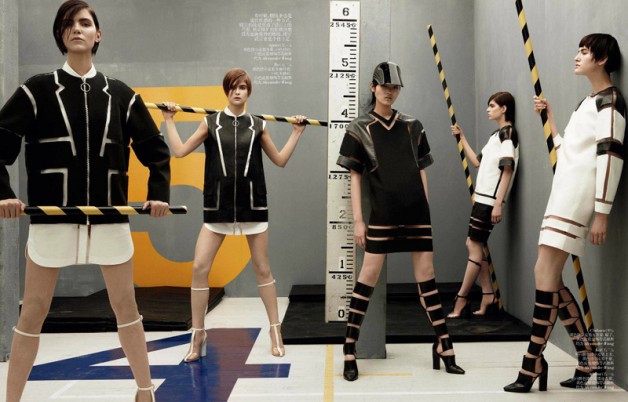 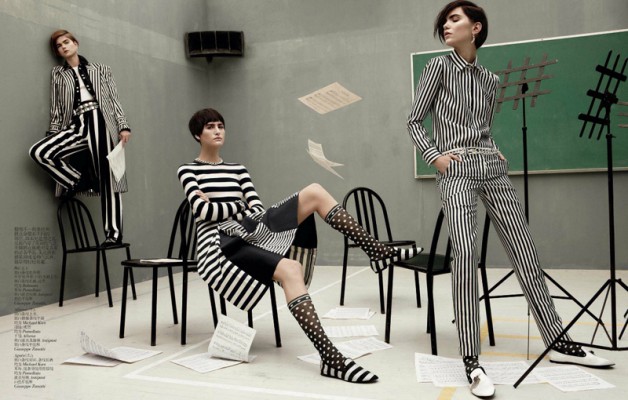 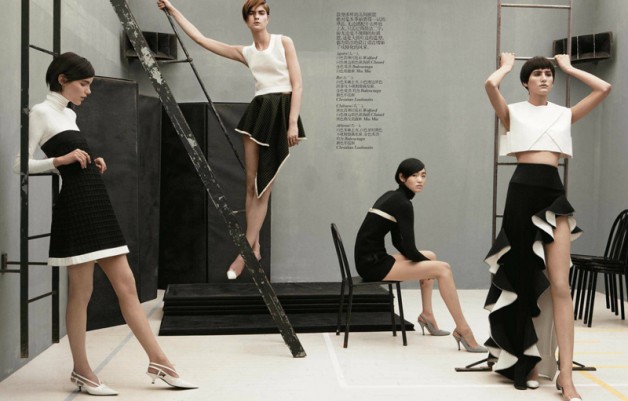 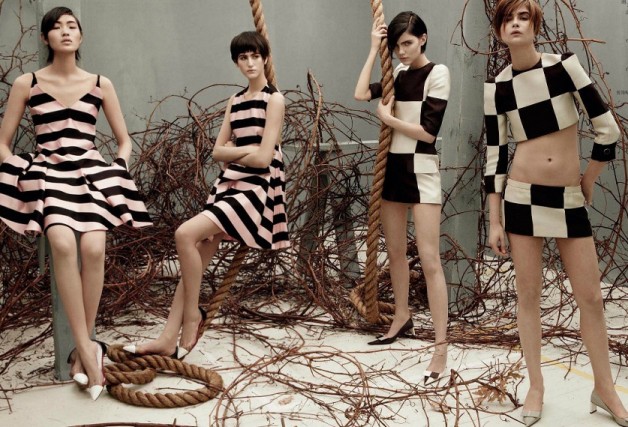 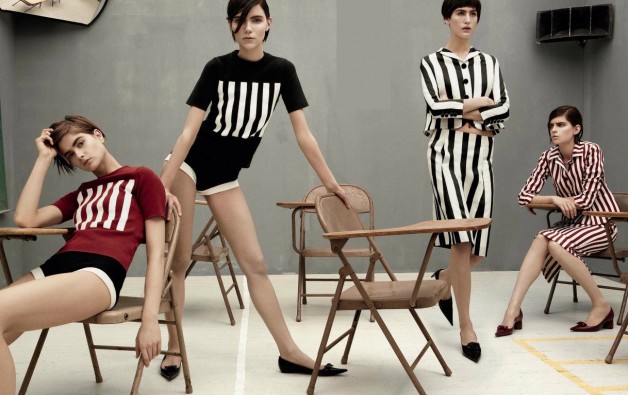