Somewhere between Hedwig and the Angry Inch & The Adventures of Priscilla, Queen of the Desert we find Mario Sorrenti’s ‘Rave New World’ for the March issue of W Magazine.  Gathering a group of today’s hottest new faces, Aymeline Valade, Caroline Brasch Nielsen, Doutzen Kroes and Nadja Bender give us drag inspired punk-rock theater at it’s best.  Rastafari meets rave in a world where too much is never enough.  From beaded-braids to glitter and glue, no material is left out in this hyper-stimulating mix of patterns, prints, shapes and styles all coming together to form a fusion of fashion art.  An exercise in controlled chaos, this confluence of contradiction may appear thrown together, however, it is only through the masterful touch of (stylist) Panos Yiapanis that we reach this symbiotic symmetry.  Only when all of the alternative elements create a symphony of color and texture do we witness avant-garde nirvana.  An ode to the beauty of individuality and eccentricity, Sorrenti’s work is both artistically powerful and culturally impactful. 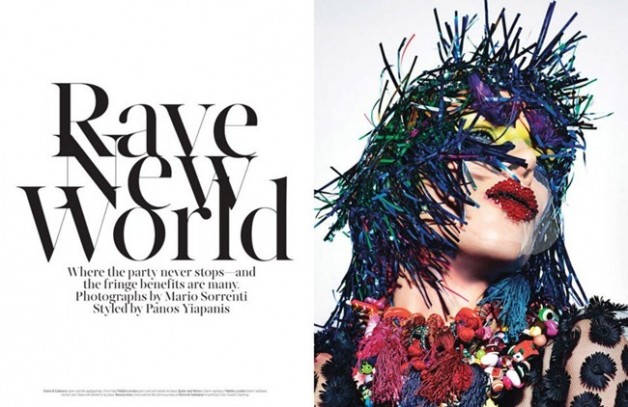 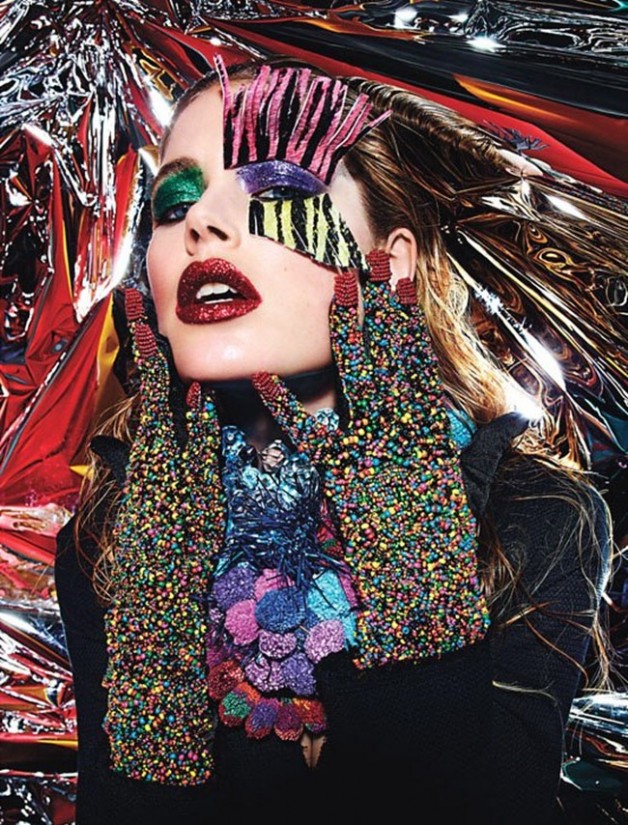 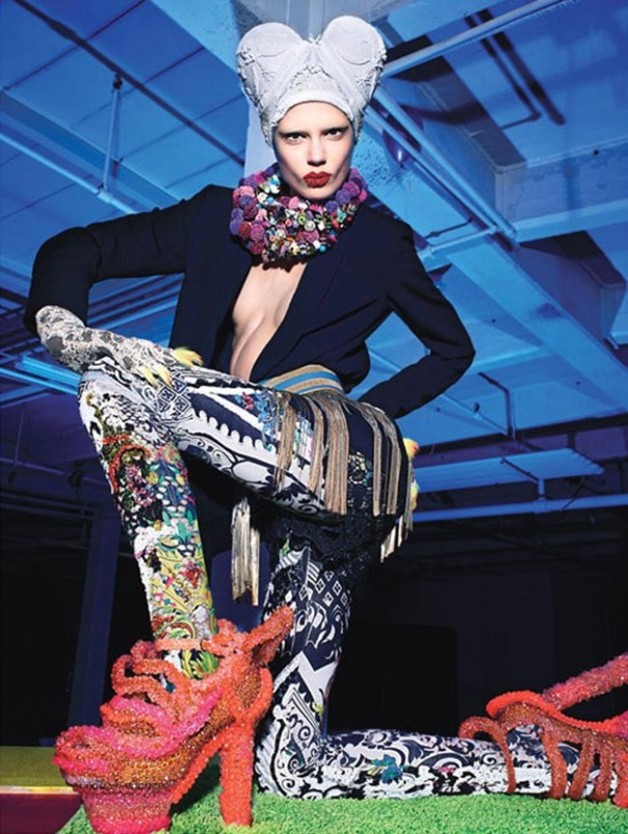 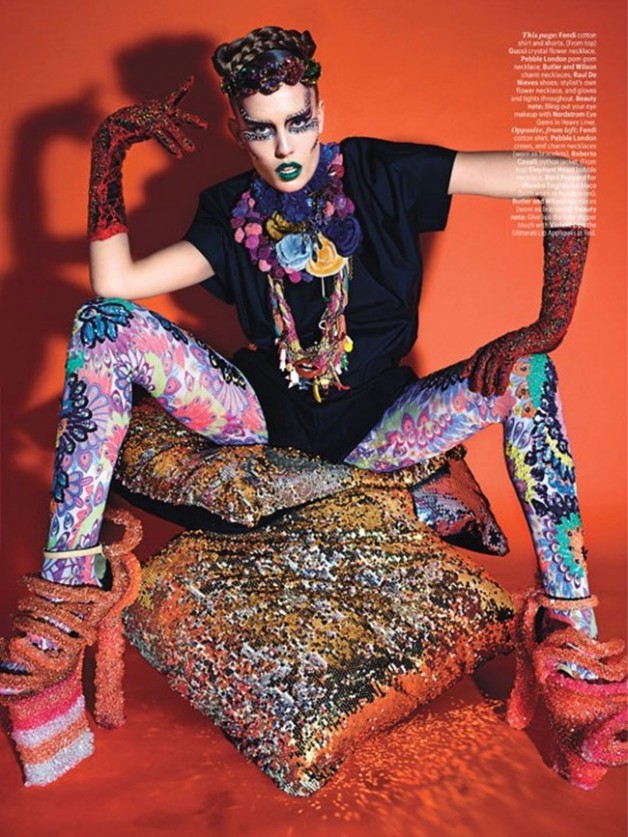 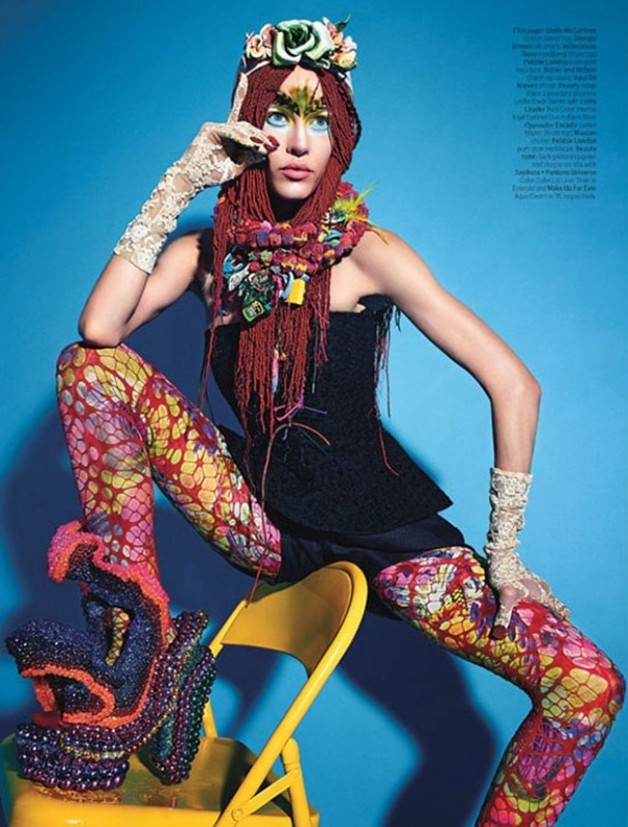 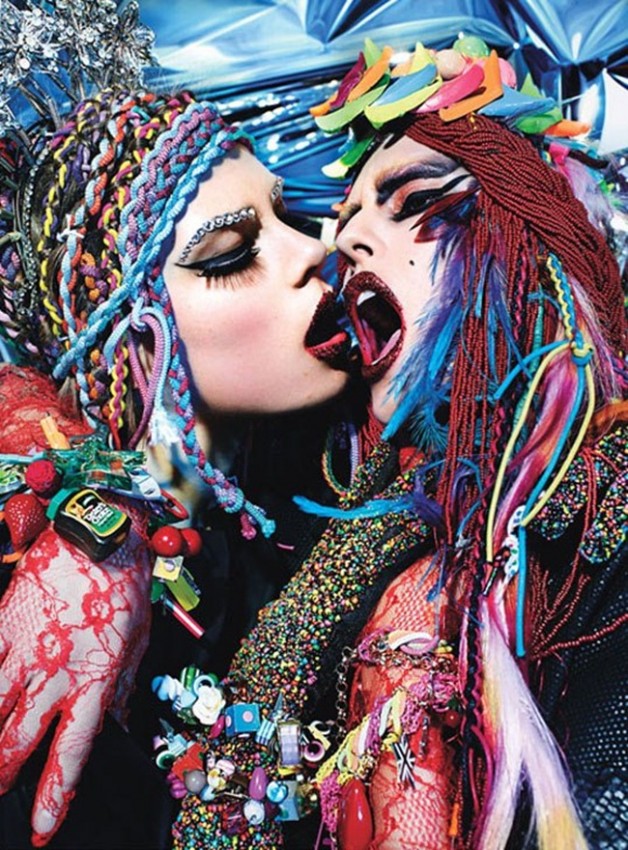 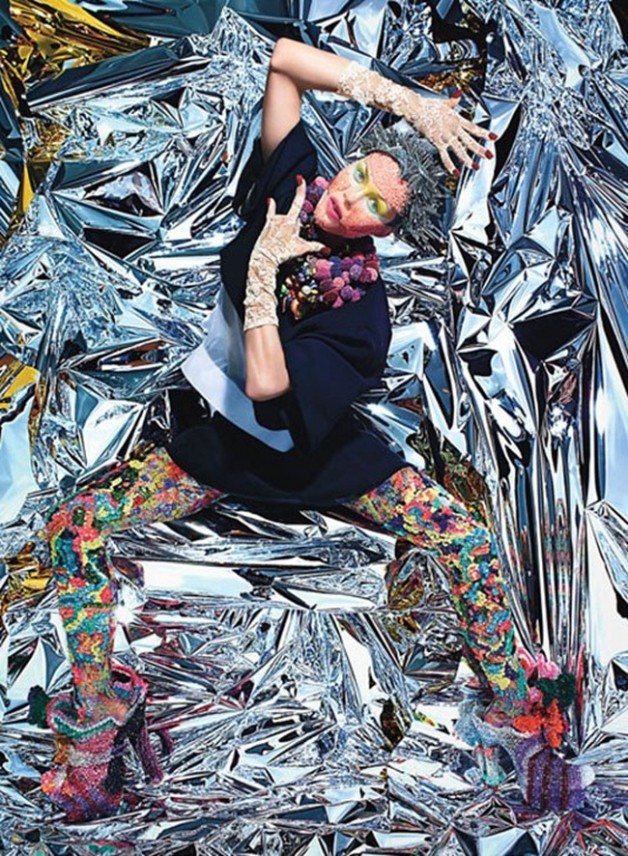 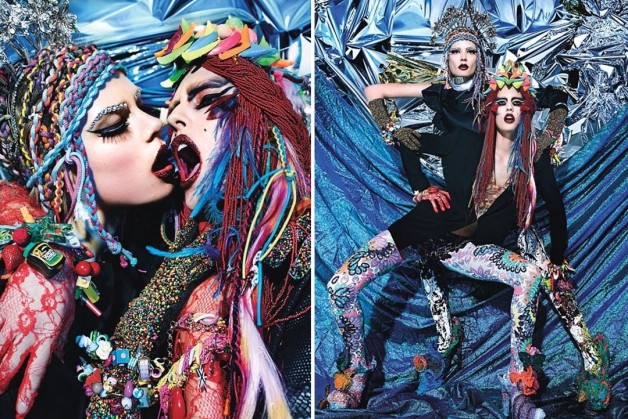 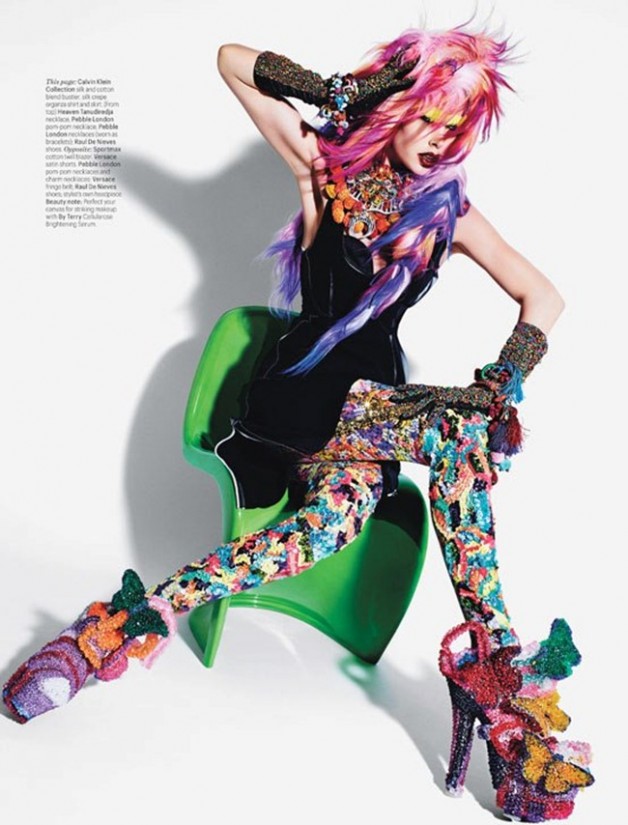