Daphne Groeneveld in ‘The Geisha’ by Paola Kudacki, Flair Magazine

Daphne Groeneveld plays ‘The Geisha’ for Paola Kudacki in the Spring 2013 issue of Flair Magazine. As we continue to look East for inspiration this season, some of the boldest trends are highly influenced by the customs of other cultures. Borrowing beauty practices from one of histories most beloved characters, the artistry behind the image of the “geisha girl,” has always been considered a highly desirable look to update. Tom Pecheux’s interpretive makeup mixes with the hyper-creative hair styling of Orlando Pita to capture an authentically original version of this much coveted creature. Taking traditional elements of the Geisha costume and blending them with an avant-garde story line, this modern rendition is both stunning and serious. By addressing the more controversial aspects of this long-standing practice, Kudacki makes a bold statement on female empowerment. Using ropes to represent the years of sanctioned repression, she depicts the contradicting forces that exist within this fashionable reference point. A look long admired for it’s unique qualities, this brave beauty editorial dares to remind us of the truth behind the trend. 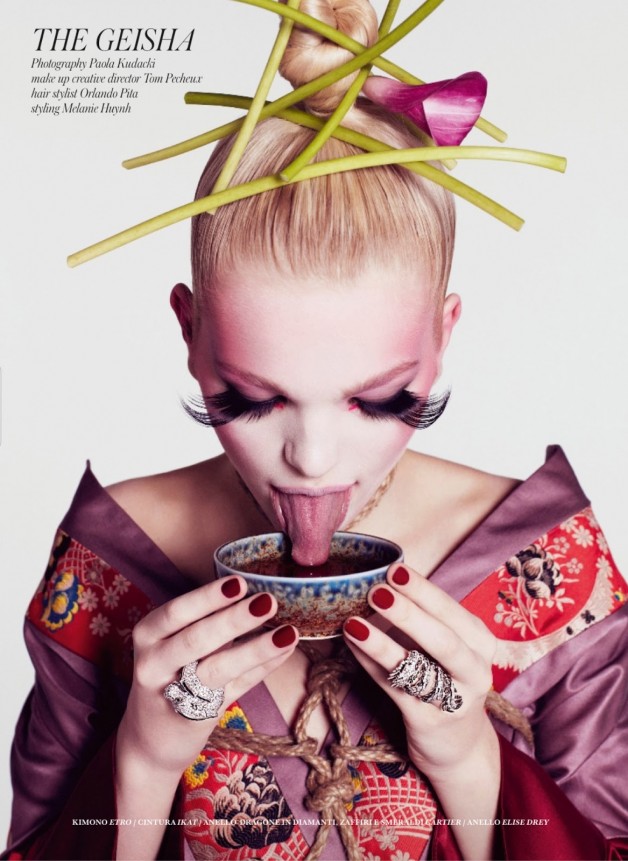 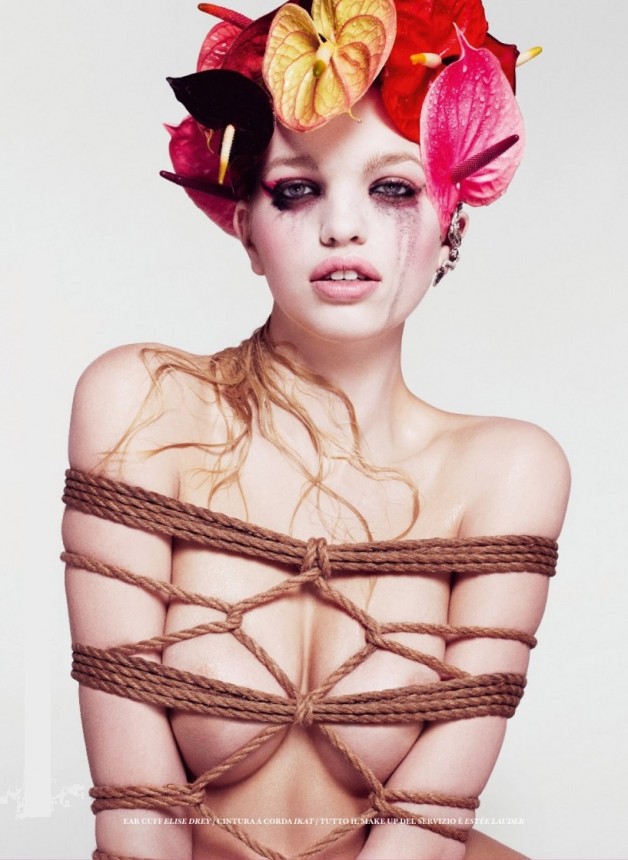 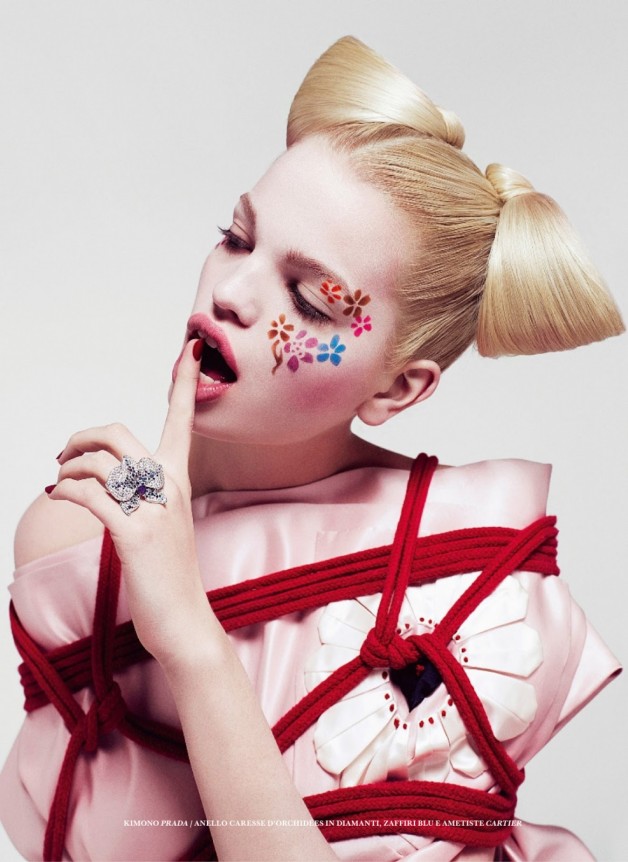 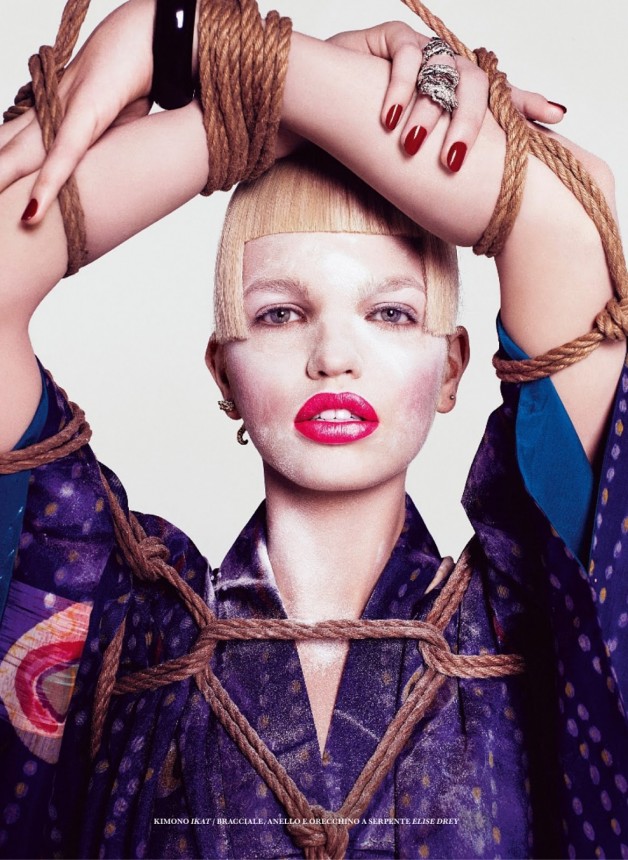 Malgosia Bela Plays the Part of a Modern Artist, Vamp

Leila is Bound By the Beauty of Truth