Suvi Koponen is transformed into a modern day tribal goddess in ‘Espirit Tribal’ by Mario Sorrenti for the May 2013 issue of Vogue Paris. Done in the “Primitivist’ spirit of Jean-Michel Basquiat, his neo-expressionist style is seen in the symbolic strokes of innovative (makeup artist) Karim Rahman. Tectonic tribal markings celebrating the spirit of cultural relativism, Sorrenti’s bold imagery borrows from the beautiful culture of the Native American people. Primary colors screaming out in exalted exuberance, this modern depiction honors the historical tradition of War Paint. Handed down from generation to generation, the act of face & body decoration was done in the high spirit of respect and ritual. Ethnic style imagery inspired from various artistic sources, this exotic editorial speaks to today’s multi-cultural creative aesthetic. An eclectic vision of change, the most progressive vision of tomorrow is one where we take the pivotal parts of our past with us to the future. 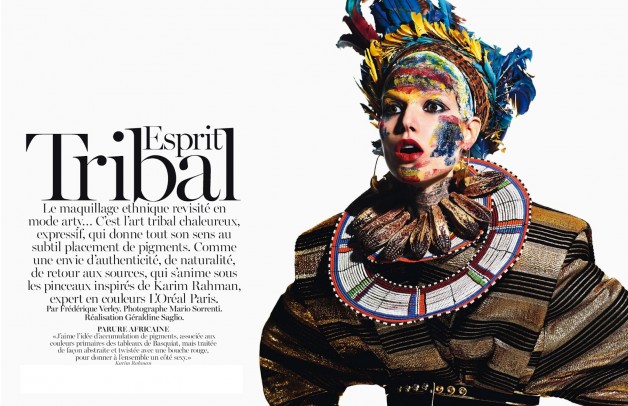 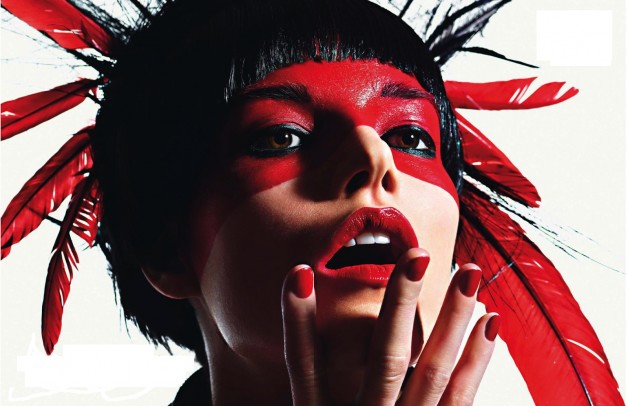 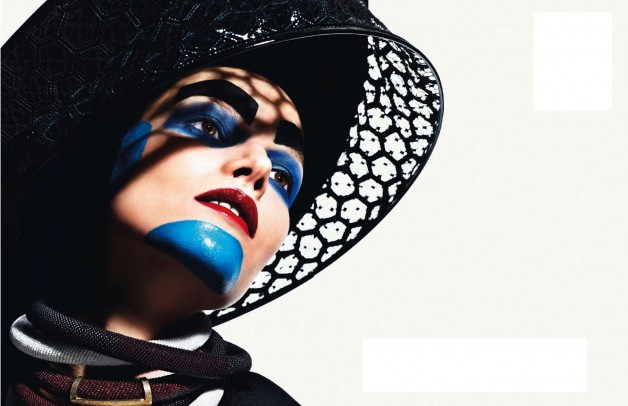