Looking like the second coming of Patti Smith, Sasha Pivovarova delivers a standout performance for Vogue Russia’s captivating coverstory by Mert & Marcus for their 15th anniversary issue. Channeling the glam-punk scene of the 70’s, this edgy editorial amps up the authenticity with live action shots that look like they were taken straight off the stage at a CBGB’s show. Capping off a Summer filled with punk inspired editorials, (stylist) Sarah Richardson saved the best for last with brutally cool looks that capture the raw energy of the era while still giving off a modern edge. With kohl-rimmed eyes framed by the famous blunt bangs, Pivovarova is the picture of a Rock-Goddess, exuding the same savage beauty that made Joan Jett and Debbie Harry so compelling to watch. It’s all in the attitude, with beautiful boys to back her up she is totally believable as the front of a band.  Source (fashionography). 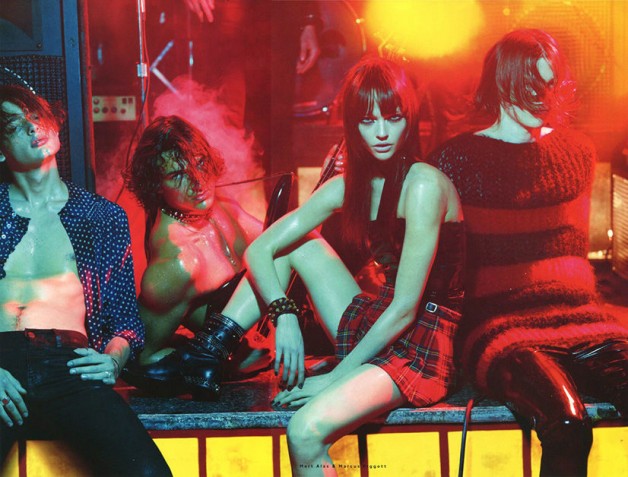 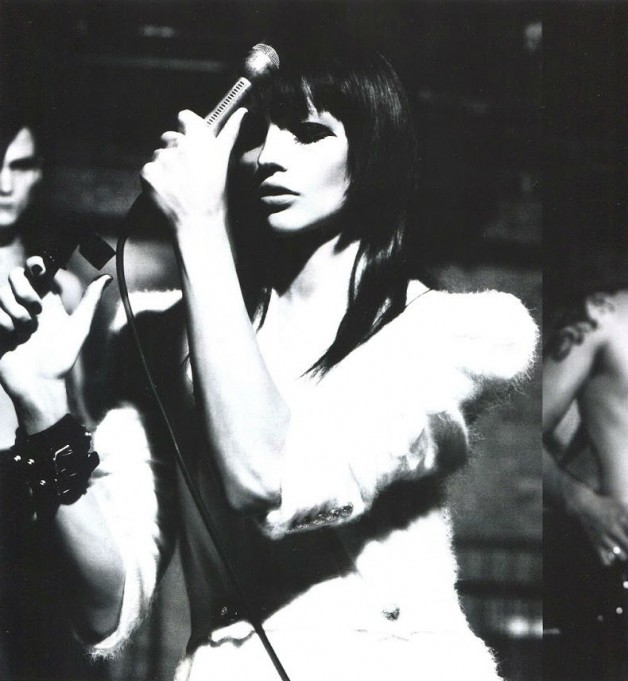 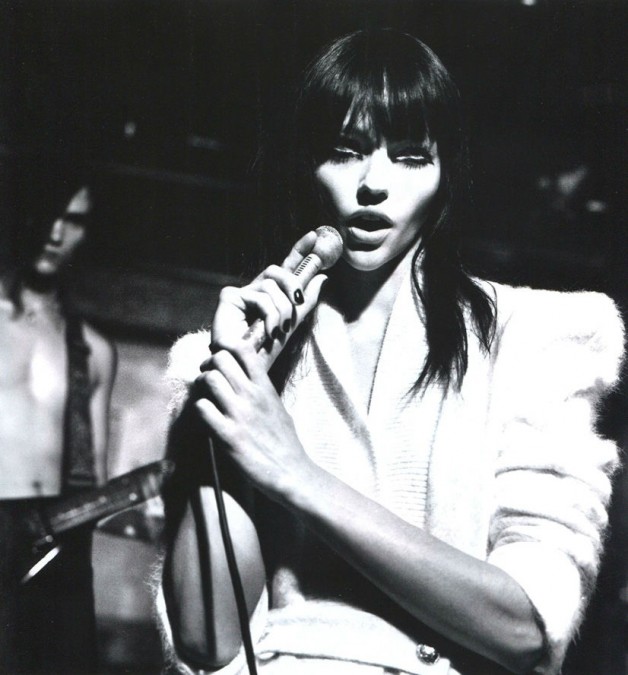 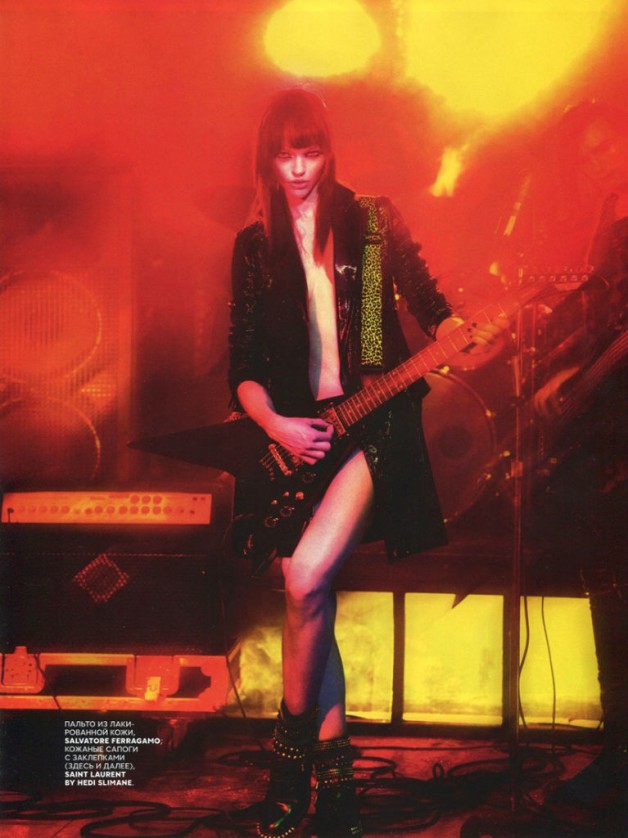 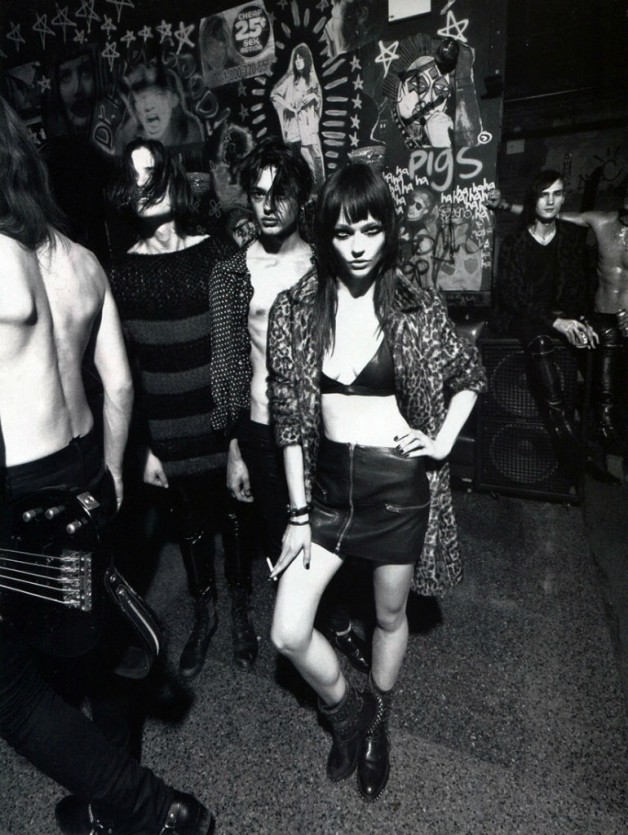 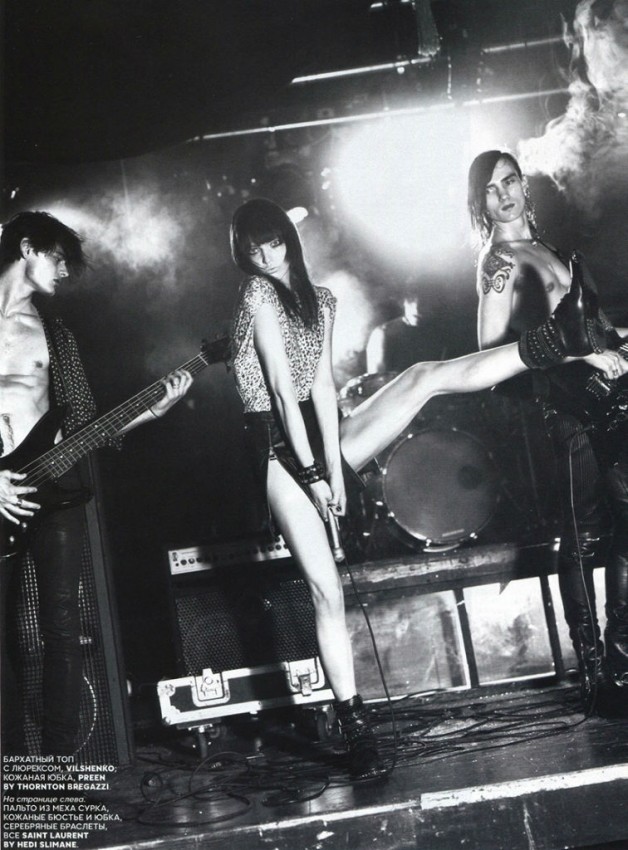 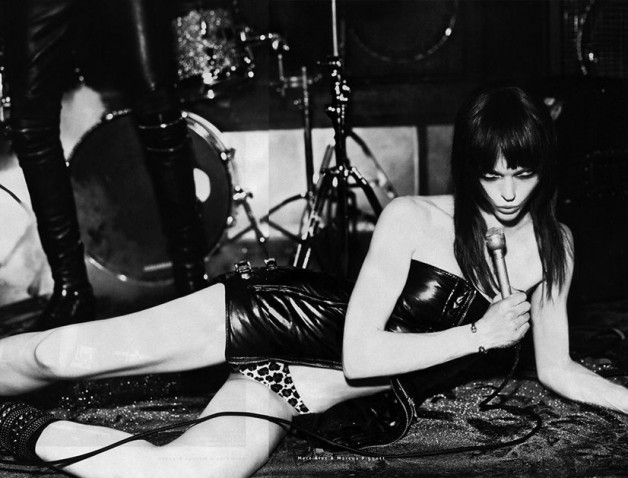 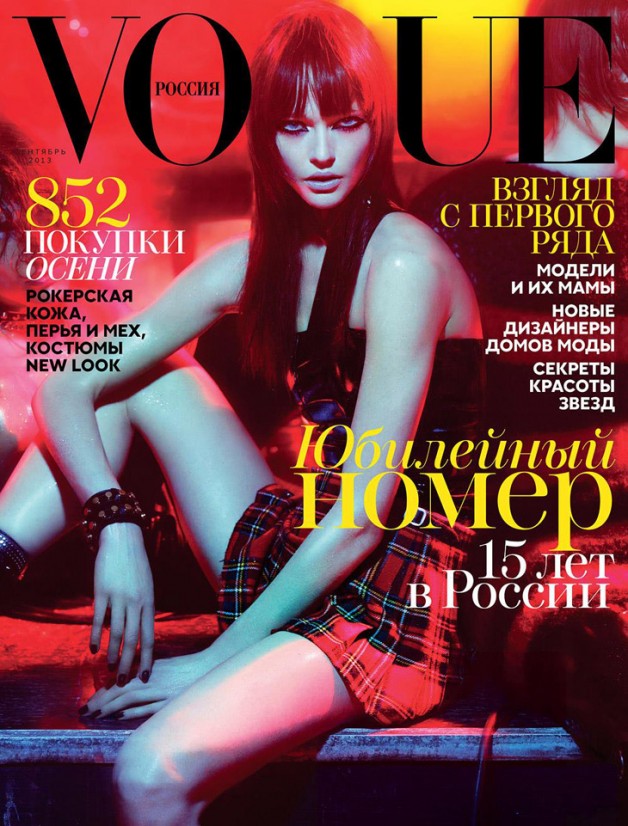 Sasha Pivovarova Brings Style Back to the Boudoir 'Seduction'

Sasha Pivovarova in 'A Stylish Excess' Mario Sorrenti, Vogue It