Inspired by the hyper-stylized world of Star Trek, Steven Klein takes us to the ‘The Final Frontier’ of fashion in the September 2013 issue of Vogue US. Beauty meets Beyond the Blue Horizon in this retro-modern story meant to mimic the classic kitch of vintage sci-fi. With campy scenes designed to look like stills off a B-Movie set, (stylist) Tonne Goodman creates her own version of the future with fashion forward looks that leave behind the archaic angles of yesterday in favor of the circular shapes of tomorrow. Where there were once hard edges and crisp lines, we now have soft curves and beautiful bends. It’s the efficacy of evolution. As we enter a new era we find ourselves reverting back to a more simplistic version of modern minimalism. Super sleek styles that adhere to a multi-purpose concept of cutting-edge fashion. Looking ahead we can imagine a time where nothing is left to waste and the philosophy of style is based on the “less is more” concept of design, how can we make the greatest impact with the least amount of resources? 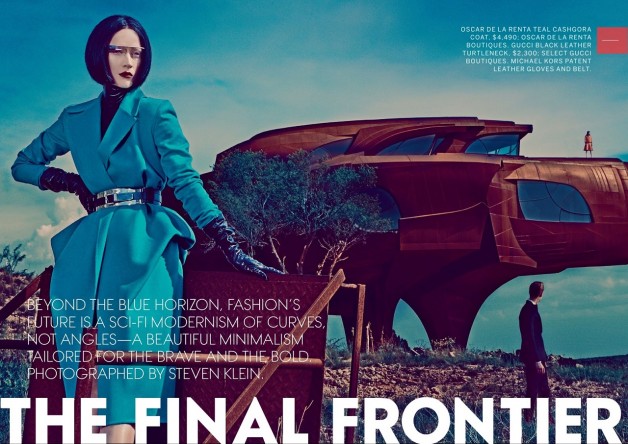 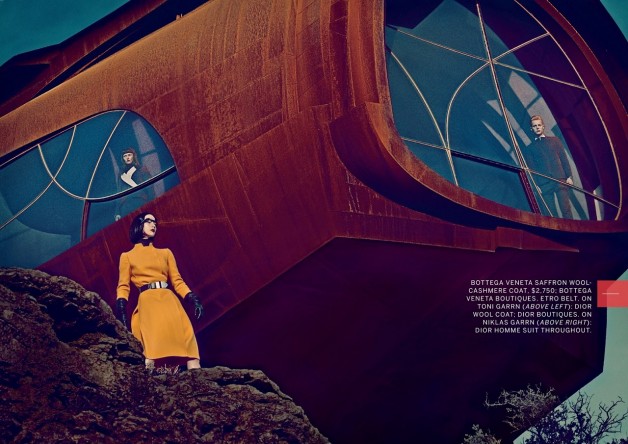 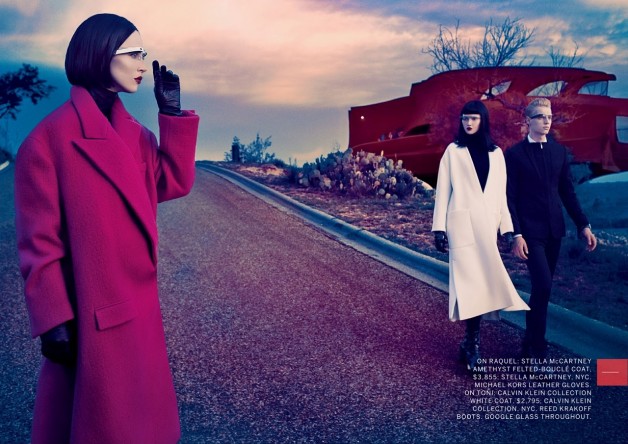 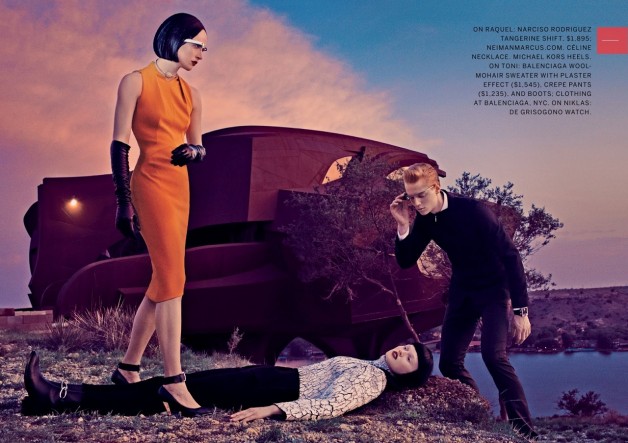 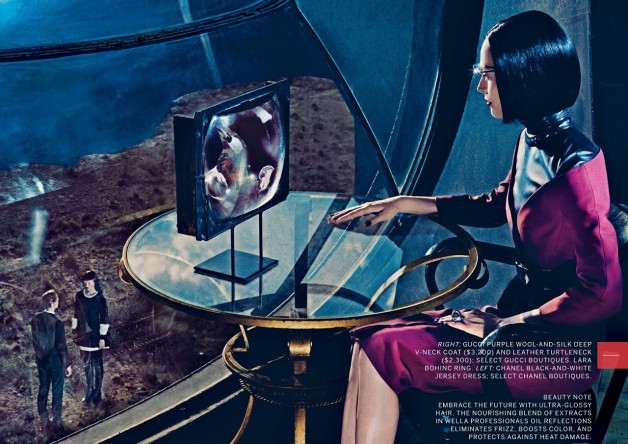 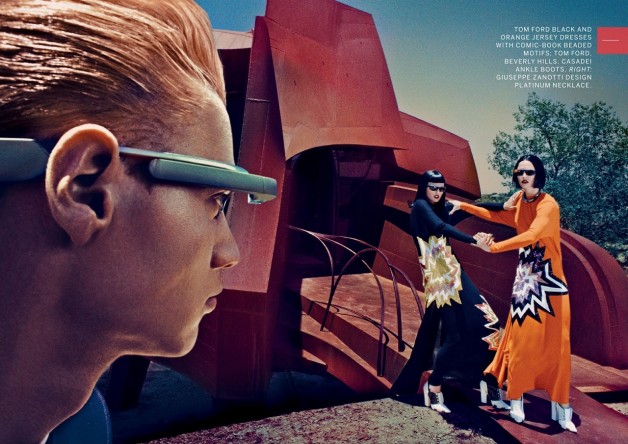