Sam Rollinson is in a ‘Dreaming Mood’ in this ephemeral editorial shot by Sølve Sundsbø for Vogue Italia. Following the light as it slowly filters through the lens, Sundsbø’s unique style of angular shooting captures the ambient elements in such a way as to induce a kind of trance like state. Lost in a labyrinth of her own making, Rollinson seeks higher ground, sweeping through a series of underground structures stopping only long enough to strike architectural poses. Walking in a kind of waking sleep we watch as she makes her way through each shot exuding a blissful intention toward her inevitable escape. Making the most of the metaphorical connection, (Stylist) Patti Wilson creates a fabulous mix of high flying fashions, including a stunning selection of this season’s feathered/furred Couture. Longing to take flight, (Makeup Artist) Lisa Eldridge focuses on Rollinson’s other-worldly features, using her dark, thick brows to (literately) draw a line of distinction between this world and beyond. Deep and introspective this spirited story reminds us that we have to fight against the cold, hard surroundings of the concrete jungle to keep our dreams alive. 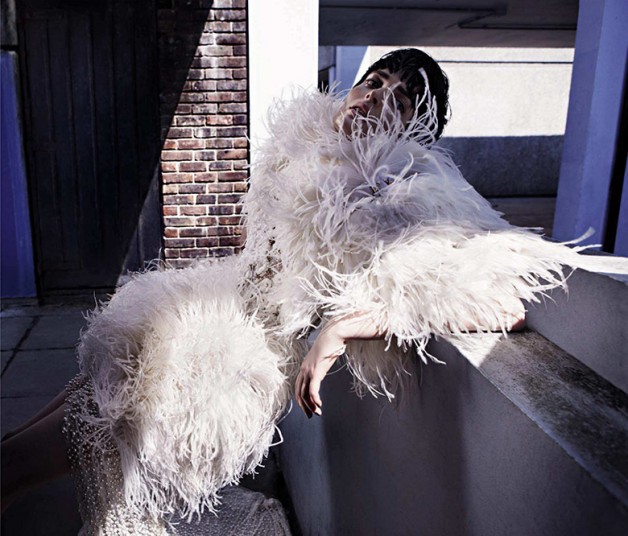 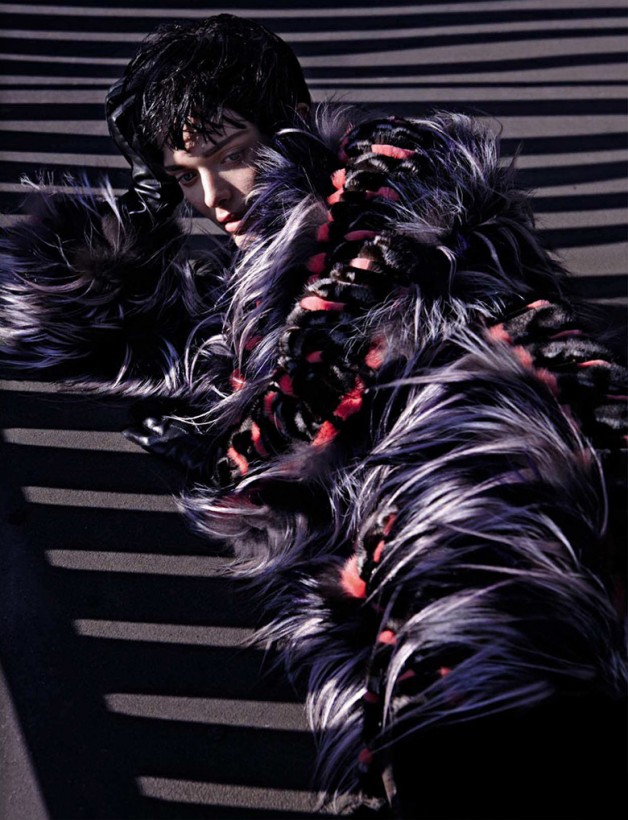 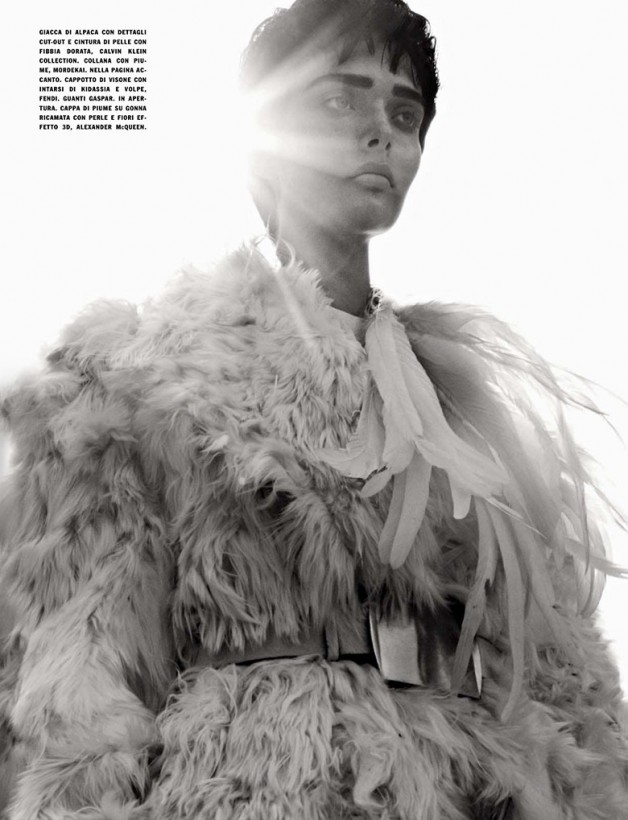 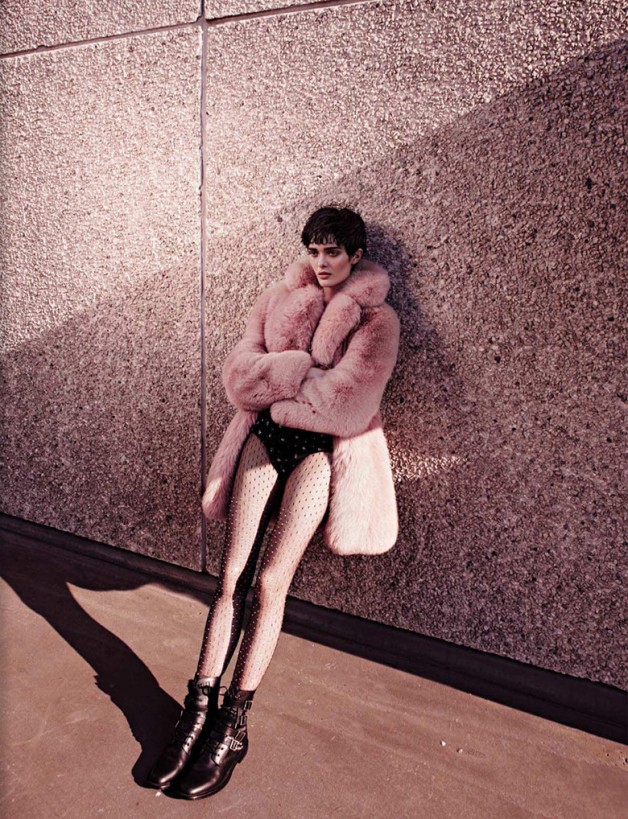 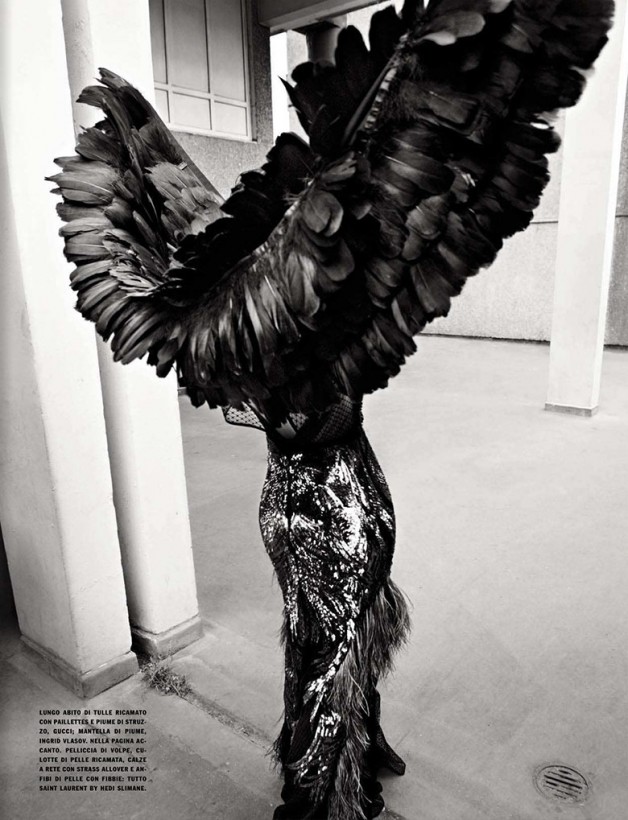 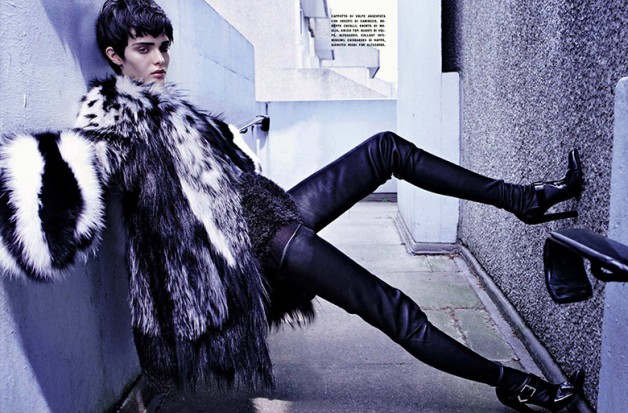 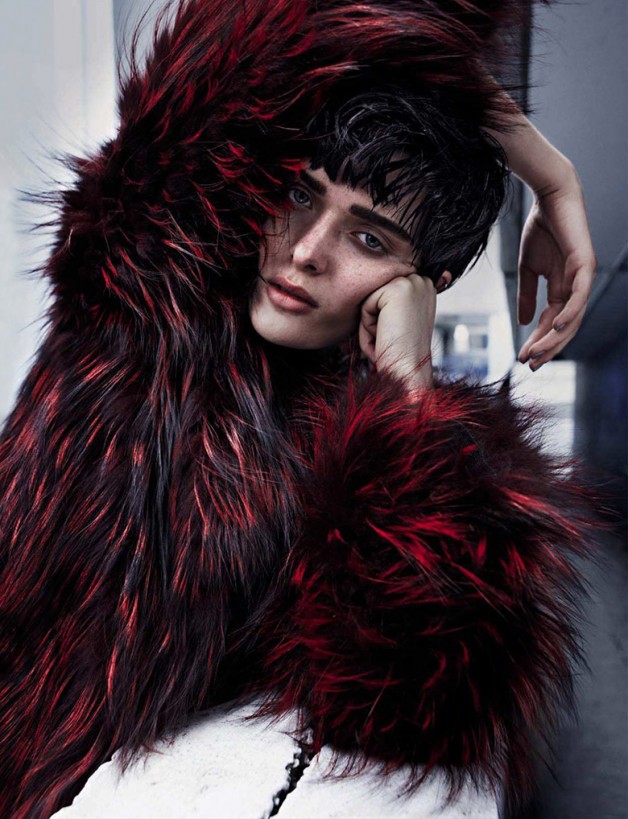 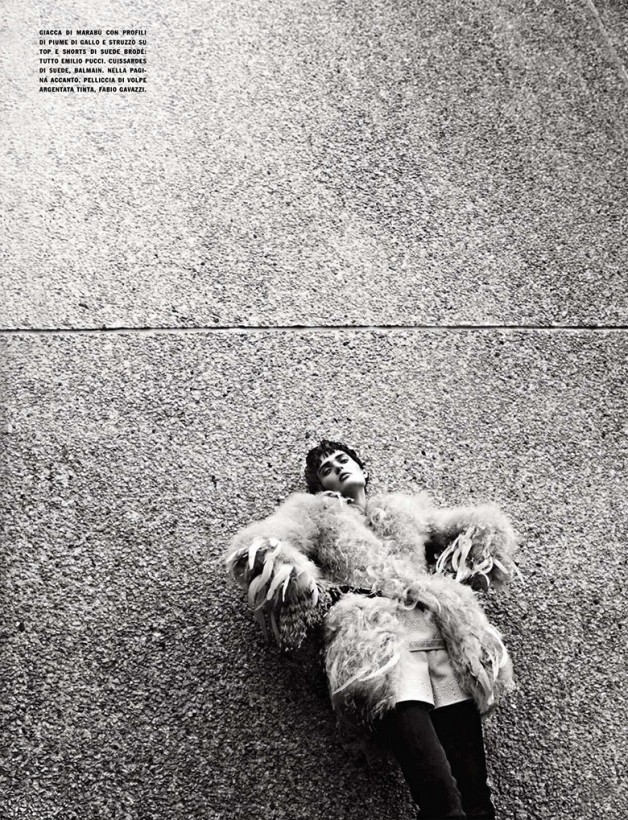 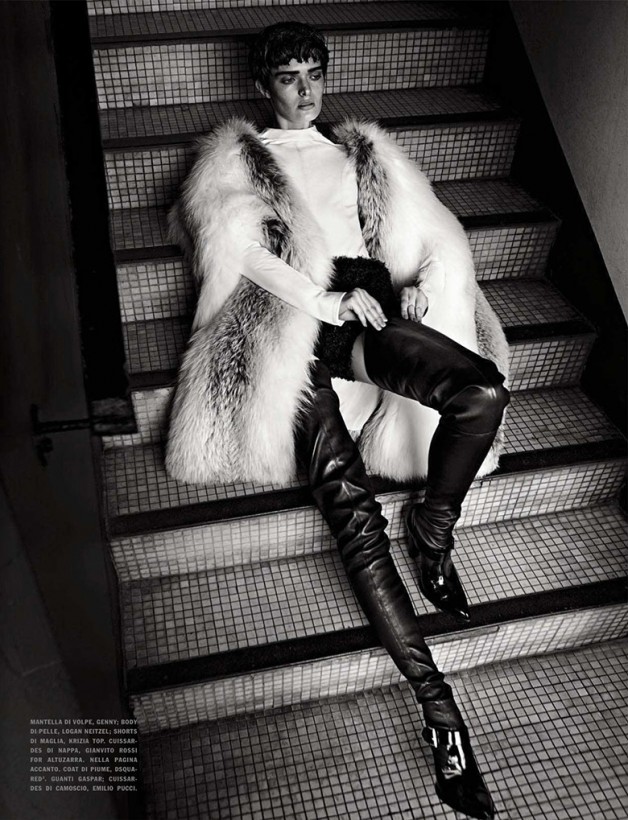 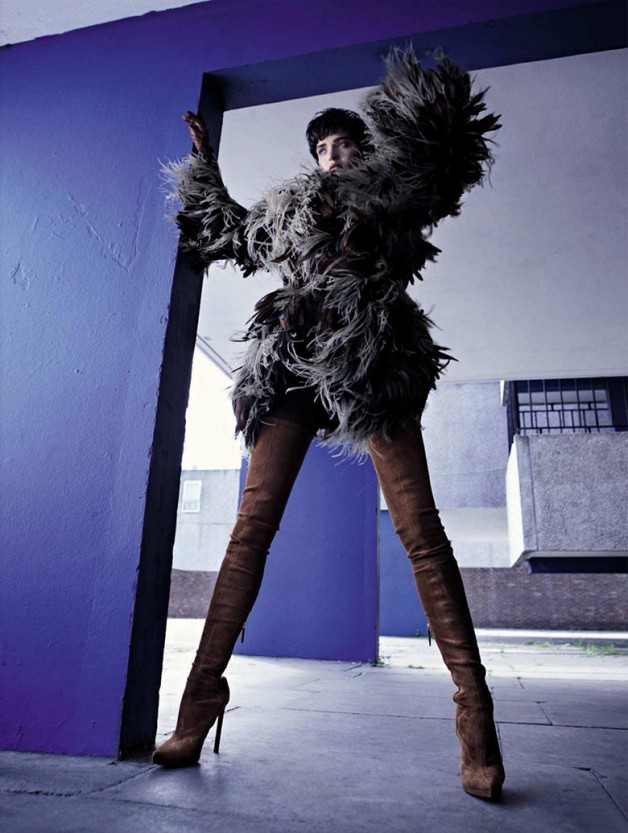 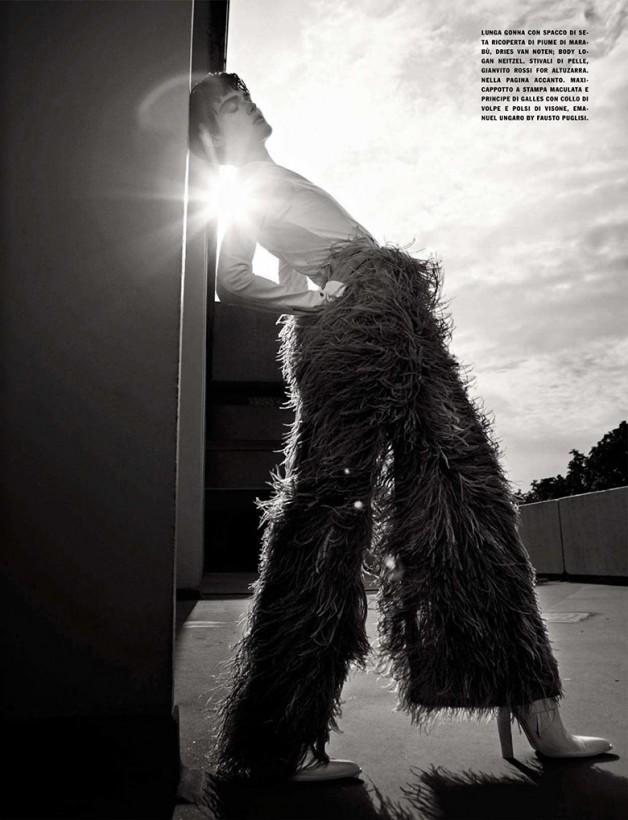 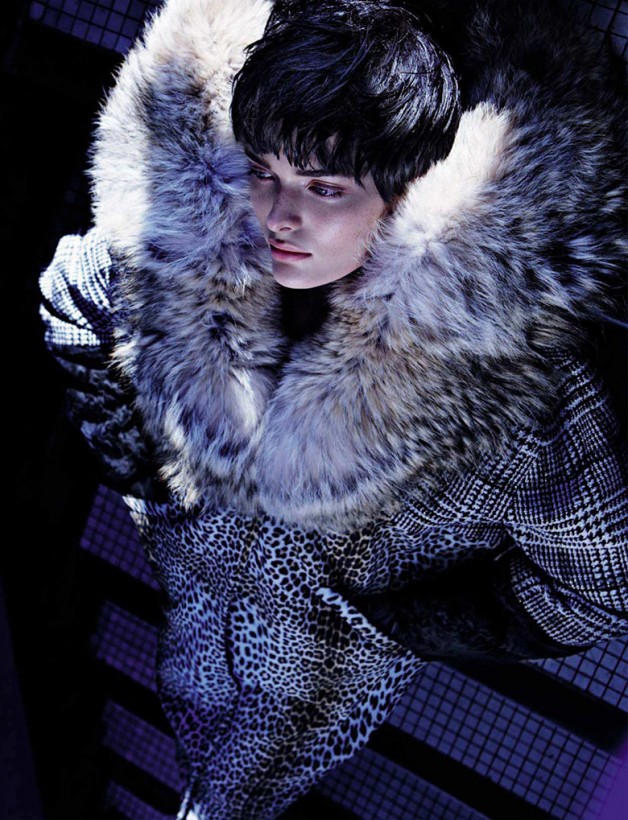