Melissa Tammerijn stuns us senseless in ‘The Haute List’ by Thomas Cooksey for Harper’s Bazaar Singapore December 2013. Wearing a staggering combination of styles that reads like a second skin, the ‘Gold Issue’ is the object of holiday affection. Wearing looks from Fall 2013 couture collections, she comes into her being in the likes of Valentino, Atelier Versace, Chanel, Armani Privé, and Christian Dior (amongst others). From the, “highly conceptual all-black ensembles by par excellence to the anatomical seams that envelope a woman like second skin,” this is couture that works. And with looks that read like a second skin, Kenneth Goh styles us into next year with a signature beaded silk mesh face mask by Maison Martin Margiela. And with makeup by Zoe Taylor and hair by Teiji Utsumi she makes the most out of this collection. 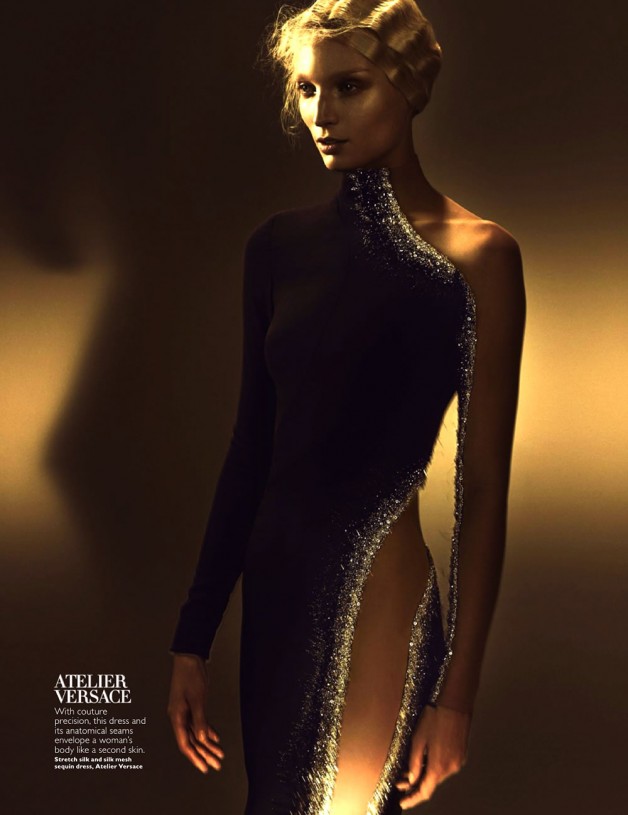 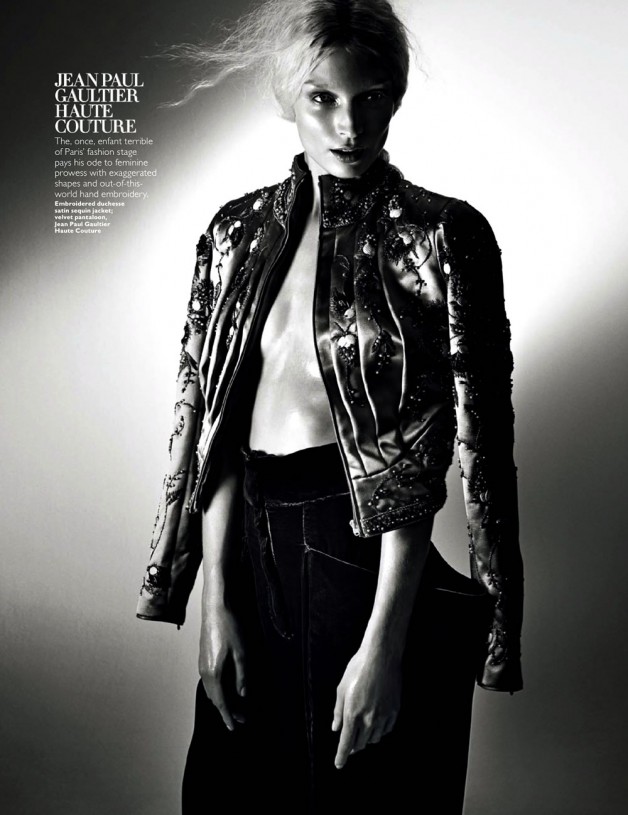 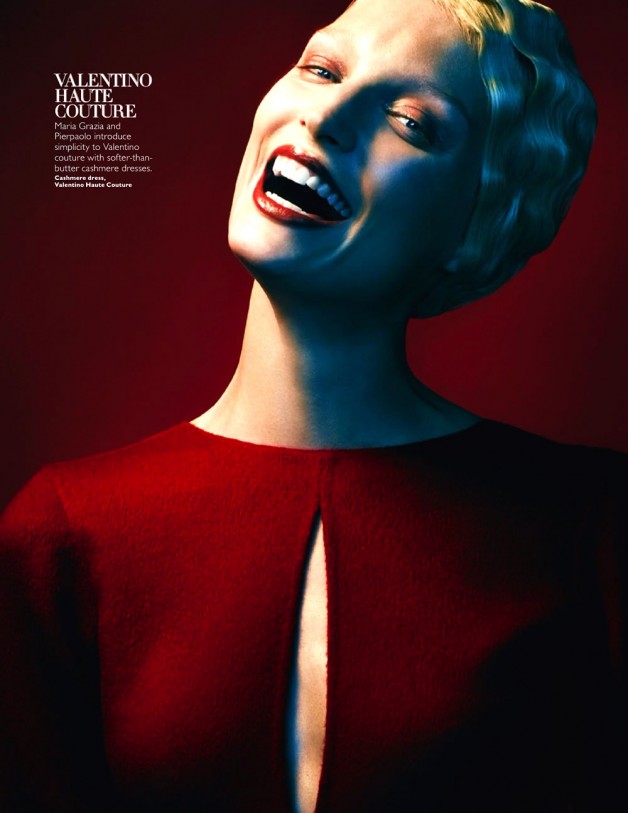 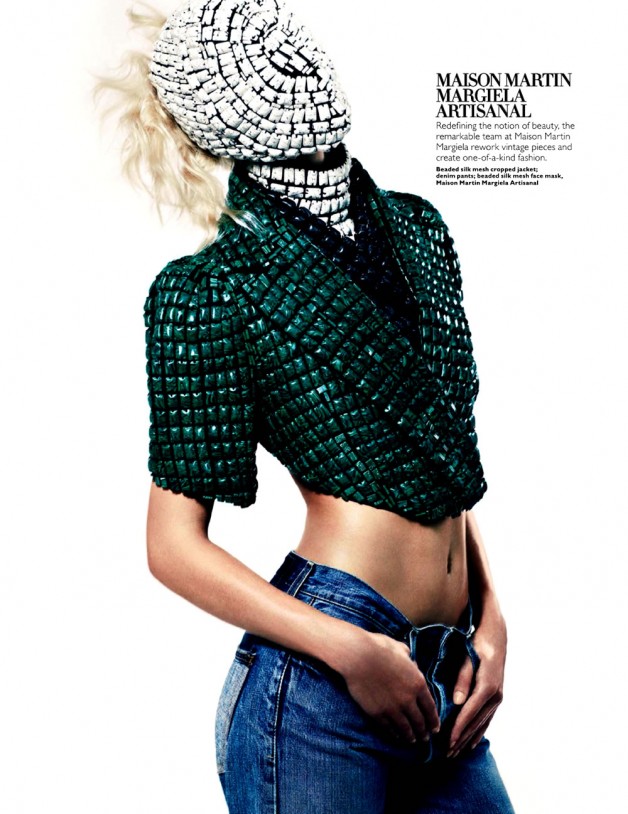 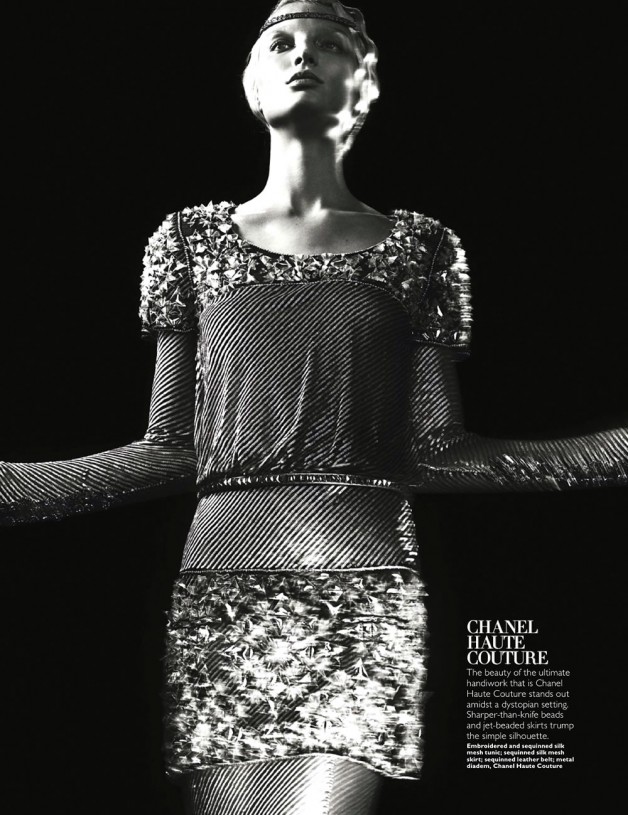 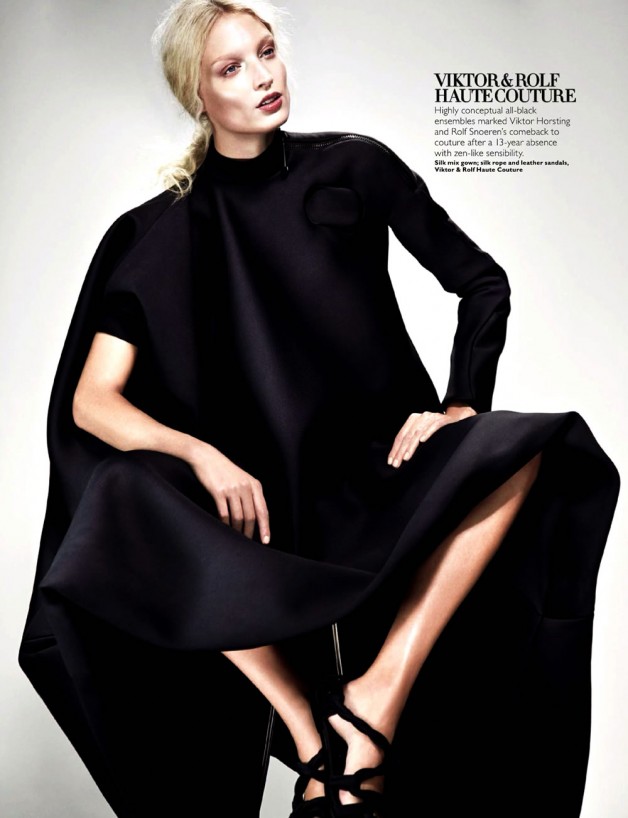 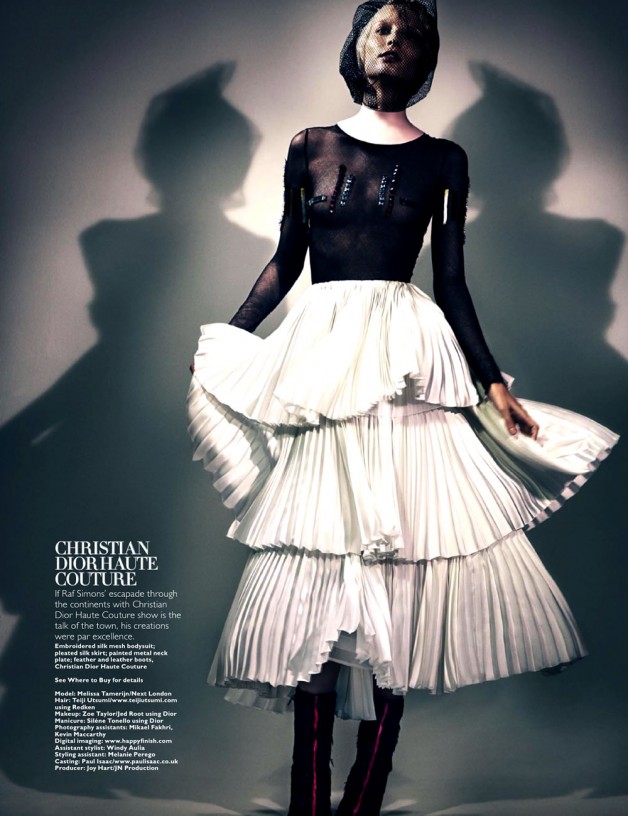 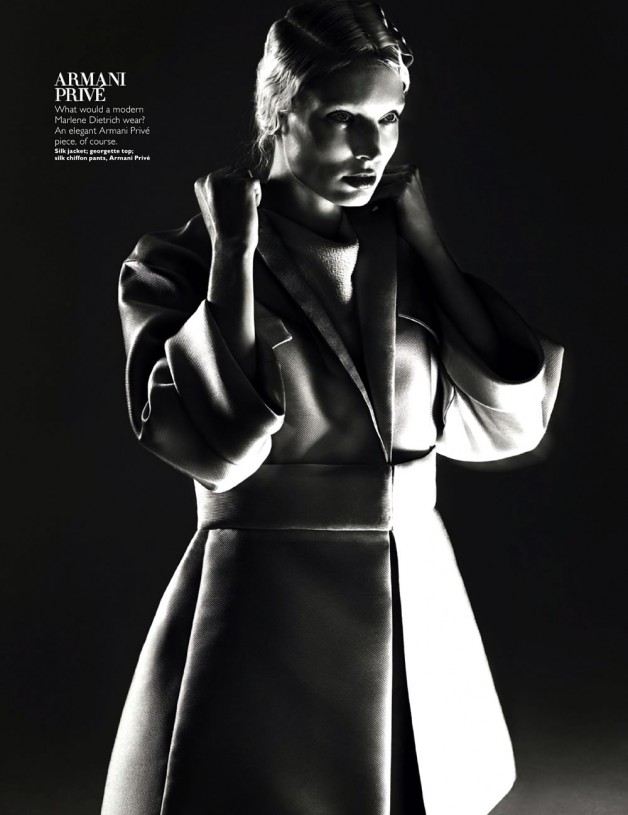 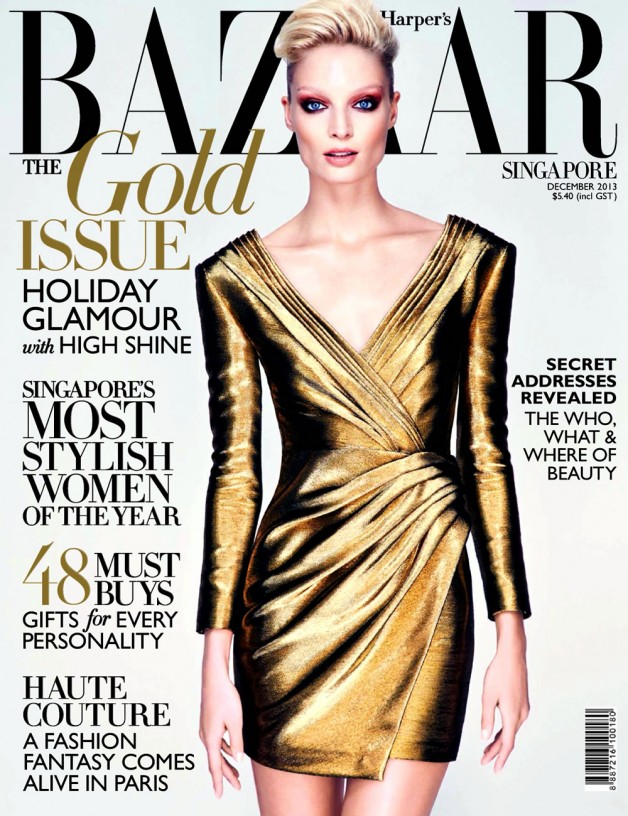 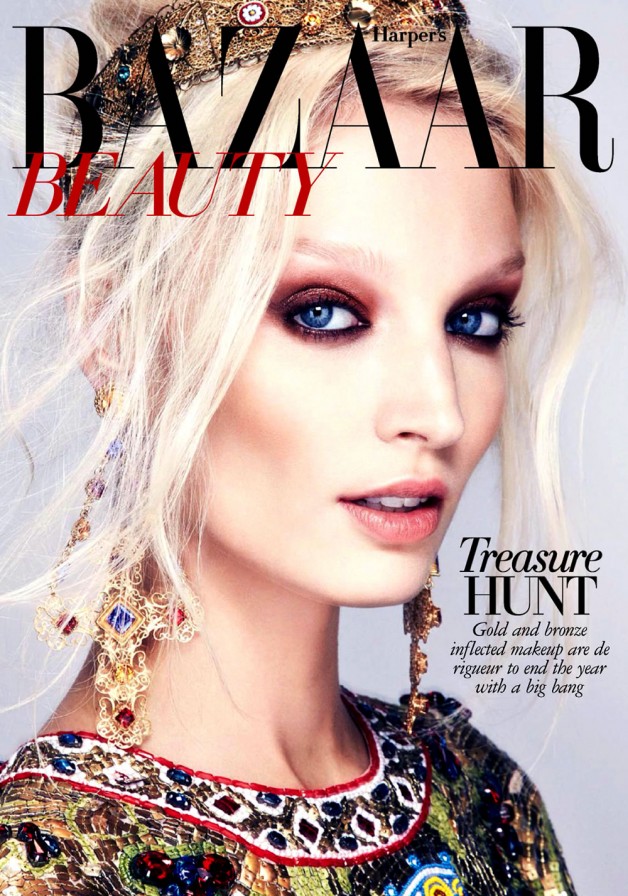