Julia Nobis, Dylan Fosket & Erik Anderson are part of ‘The Lost Generation’ in this traveling tale by Luigi & Daniele & Iango for Vogue Japan. Inspired by such works as Jack Kerouac’s “On the Road,” as we follow the rebel-red boots across the country they become a symbol of strength and defiance. A free fall from hope, the poetry of isolation is perfectly portrayed in the one single shot of Nobis walking toward camera, only the lonely silhouette of her shadow to keep her company. A tribute to the nomadic wanderings of a Generation Lost, while the story is filled with sexy overtures it is the feeling of aimlessness & angst that really resonate through. Choosing a selection of non-specific era styles, George Cortina does a brilliant job at depicting defiance without tying us down to any one time period. Pulling double duty Luigi Murenu collaborates on the over-all concept of the shoot while also creating strikingly similar hairstyles that make the models appear almost indistinguishable from each other. In a season saturated with the glitz & glamour it refreshing to balance the gloss with a hit of raw edge. 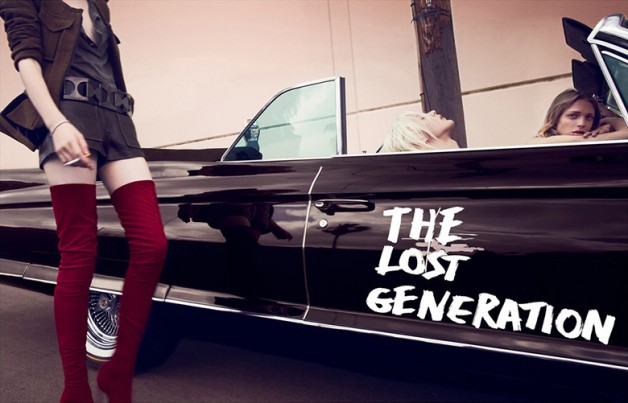 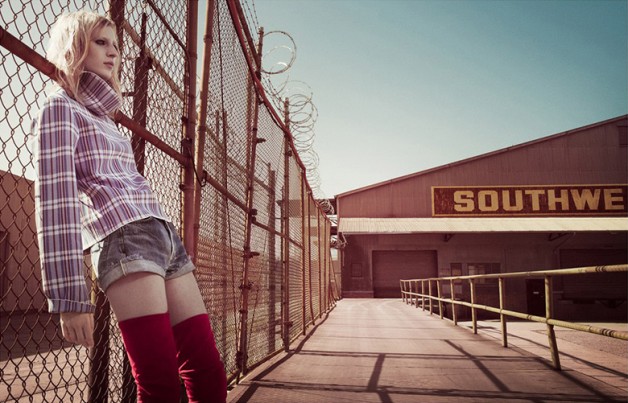 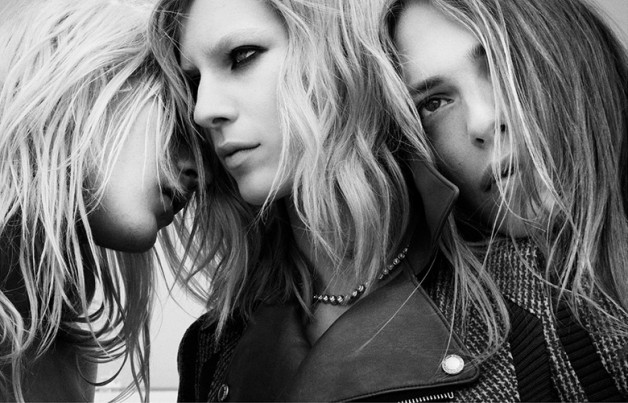 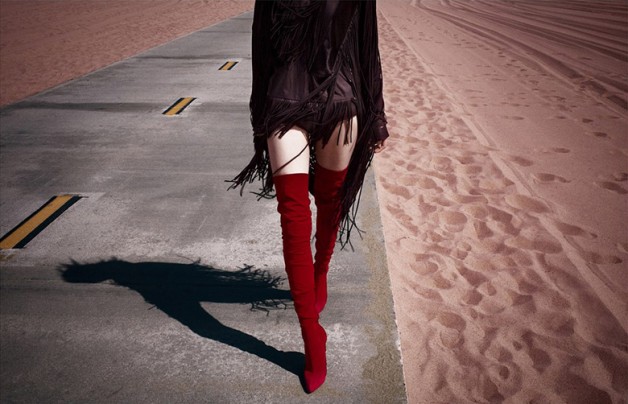 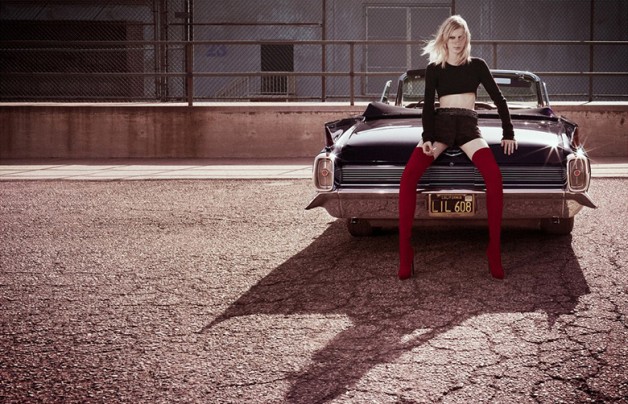 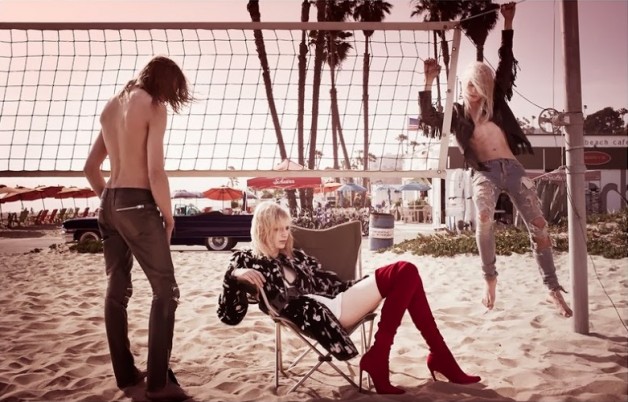 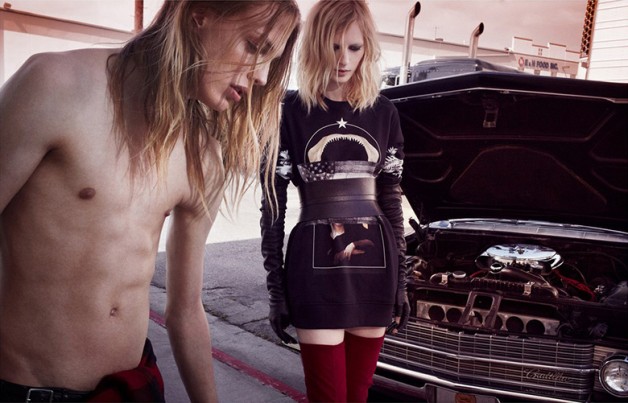 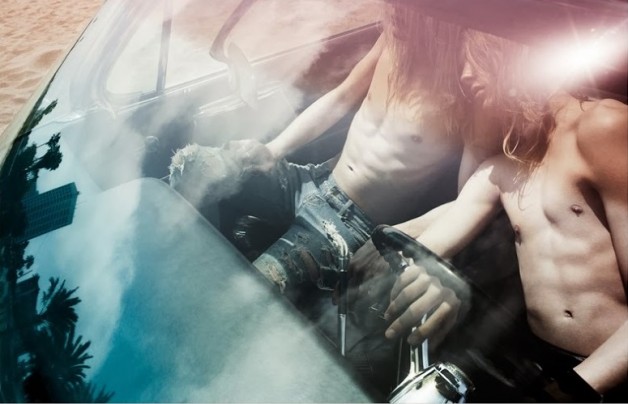 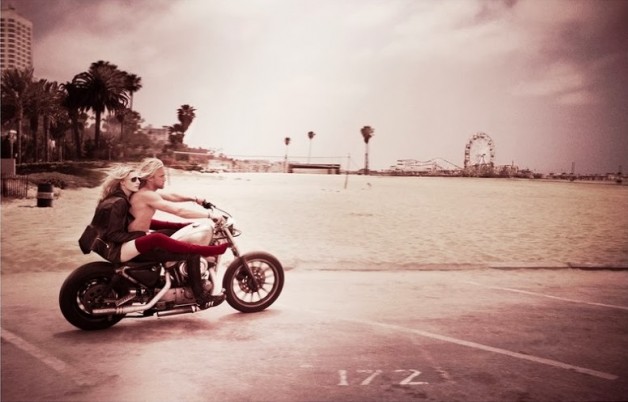 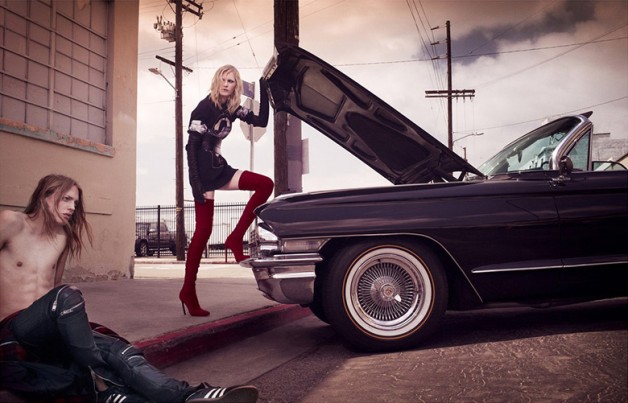 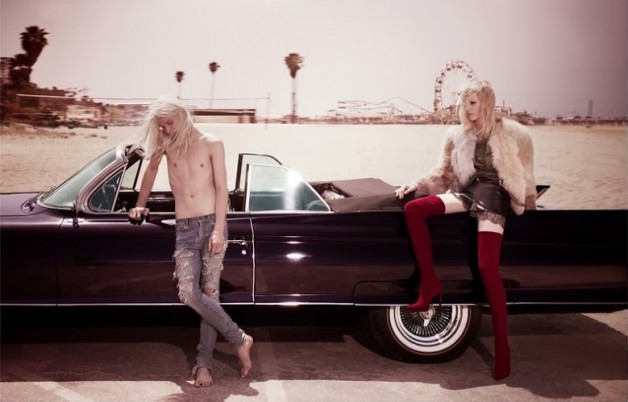