The Magic Gap that exists between you and me is only as big as I need it to be. It festers and swoons like the midnight sun, on a never-ending journey ’til day is done…

Take a trip back in time – Guy Aroch enters this new (utterly inspired) five-part #DefineBeauty docu-series, NOWNESS.’ A Dreamscape of 1970’s New York, with a short that takes an abstract look at the much-documented thigh-gap obsession. A deconstructed view of the female form, this powerful piece evokes a new kind of parallel magic, whereby the lonely are set free. And while I understand there has been a fast & furious reaction to this video, I would ask you to move beyond the visual. While many spend their focus on the space between the thighs, I’m more concerned about the gap that exists in the hearts & minds. The most confusing fact about life is, that which appears to be about one thing is often a distraction. Those who are obsessing about the message of this short should listen to the little boy at the end of the film, sharing his prolific thoughts, “it means…to do the impossible.” 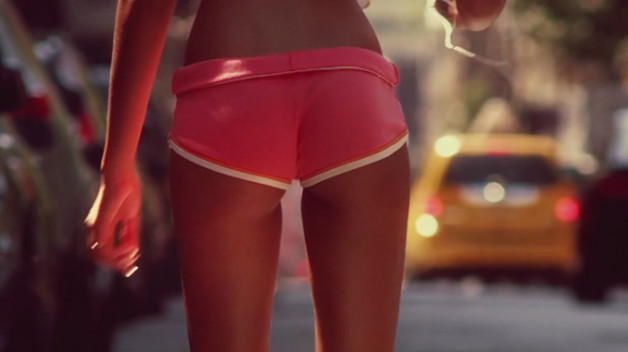 To do the impossible

to be fiercely free,

to reach for the space

between you and me.

To call to your will

and be answered with air,

to stand up and shout

So with baited breath

and a heart made of wings,

I fly away without any strings.

It’s the beauty in the art

that allows me to see,

between you and me.