Martha Hunt captures the color of love in a Holiday Story by David Bellemere for Marie Claire Italia, December 2014. Hunt takes to the streets with the heat, moving through the city like a jungle cat. Playing with fire, fashion explodes with looks that celebrate the season. Stylist, Elisabetta Massari, creates a trifecta of color with a dramatic mix of red, cream & black. Scarlet art reigns free, as (Makeup Artist) Tatsuyuki Yamanaka brandishes the beauty of ravishing rouge. The pout speaks, with sexy lips that sell the sultriness of the mouth. While the ecstasy of the eyes erupt, with soft shades that bring the focus to the face. Hairstylist, Maxime Mace, builds a blonde pompadour that ends the editorial with a black veil covered in blushing blooms. Dancing in decadence, Bellemere lets the energy flow, giving each image a sense of unrehearsed elegance. 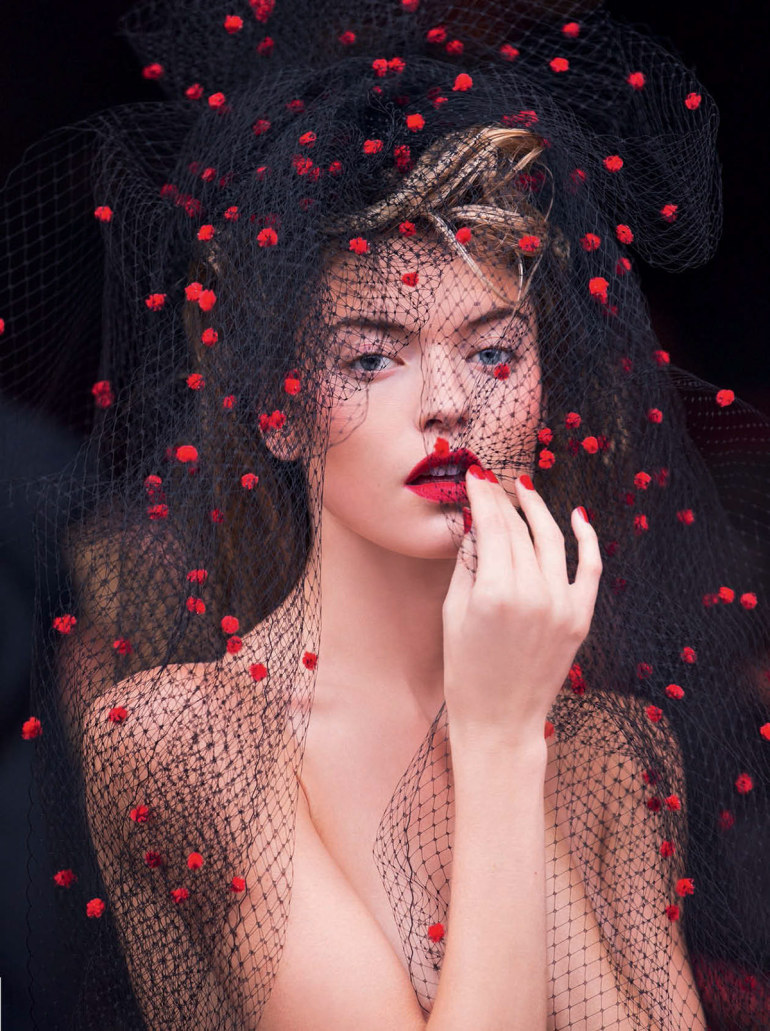 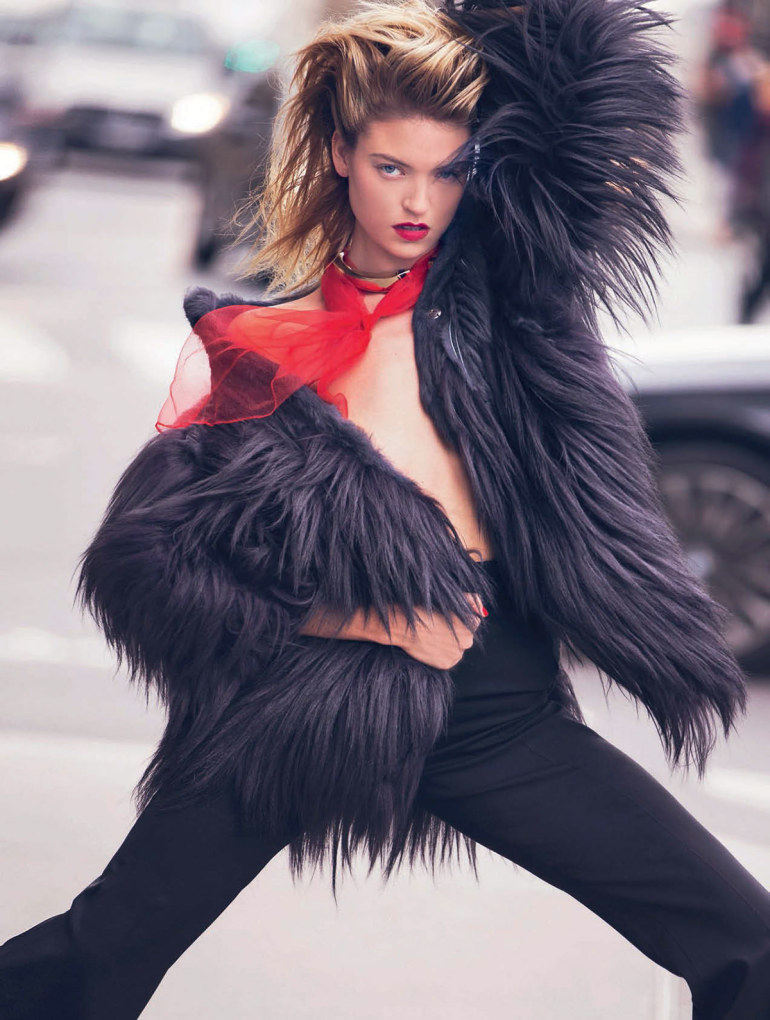 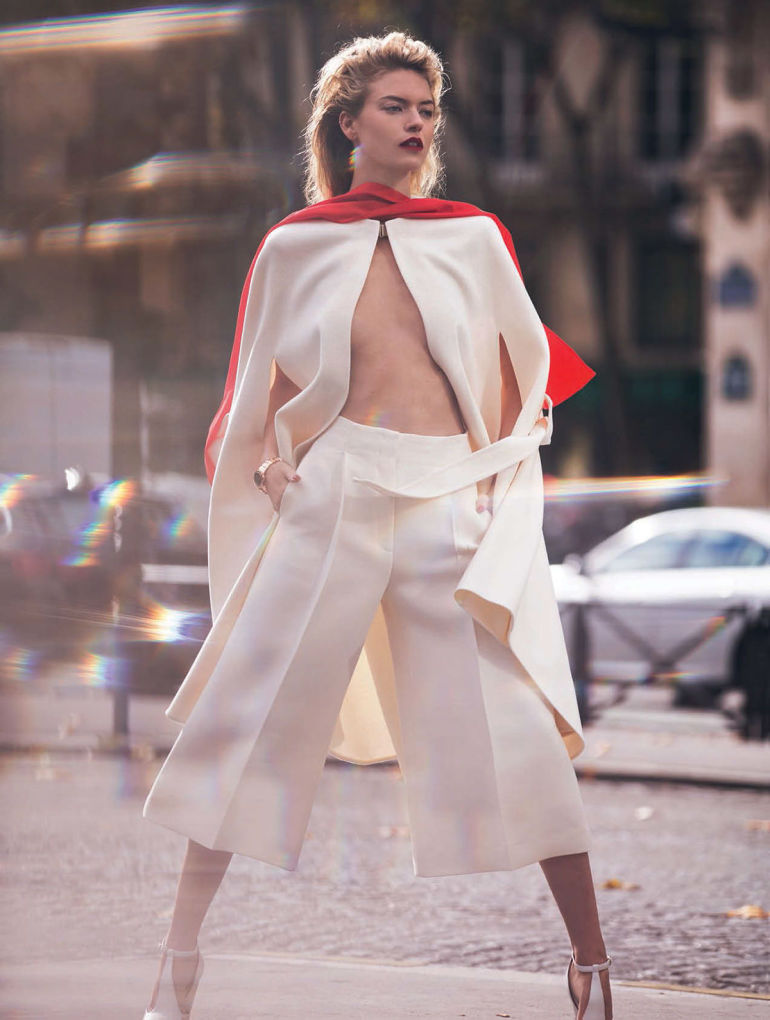 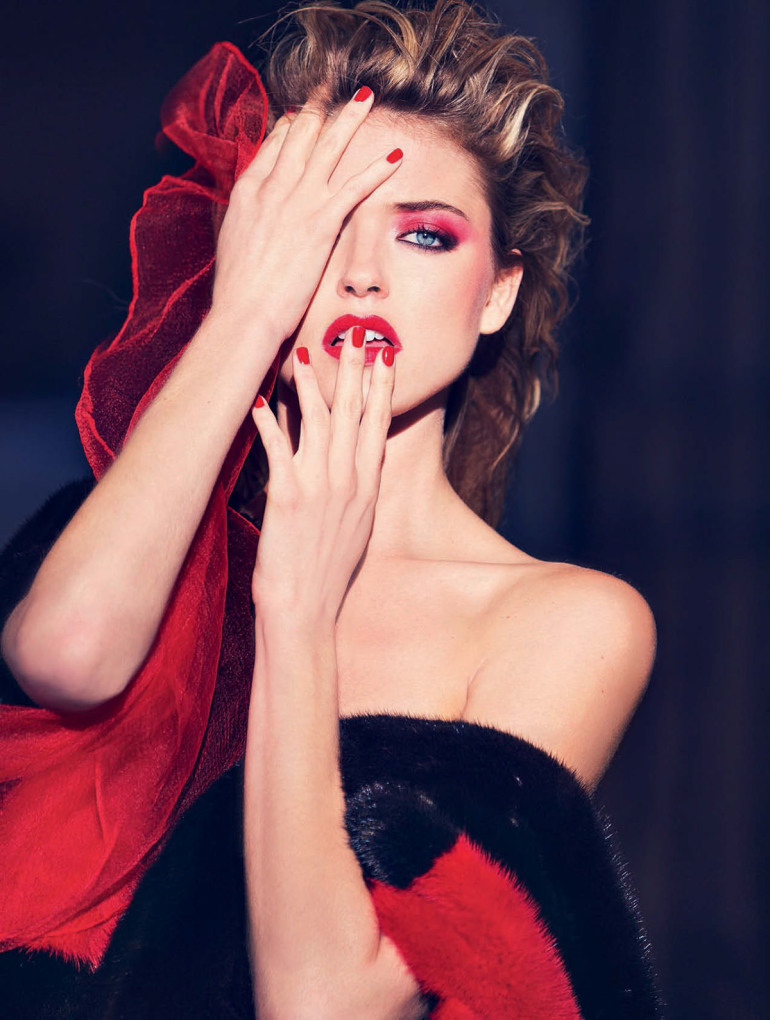 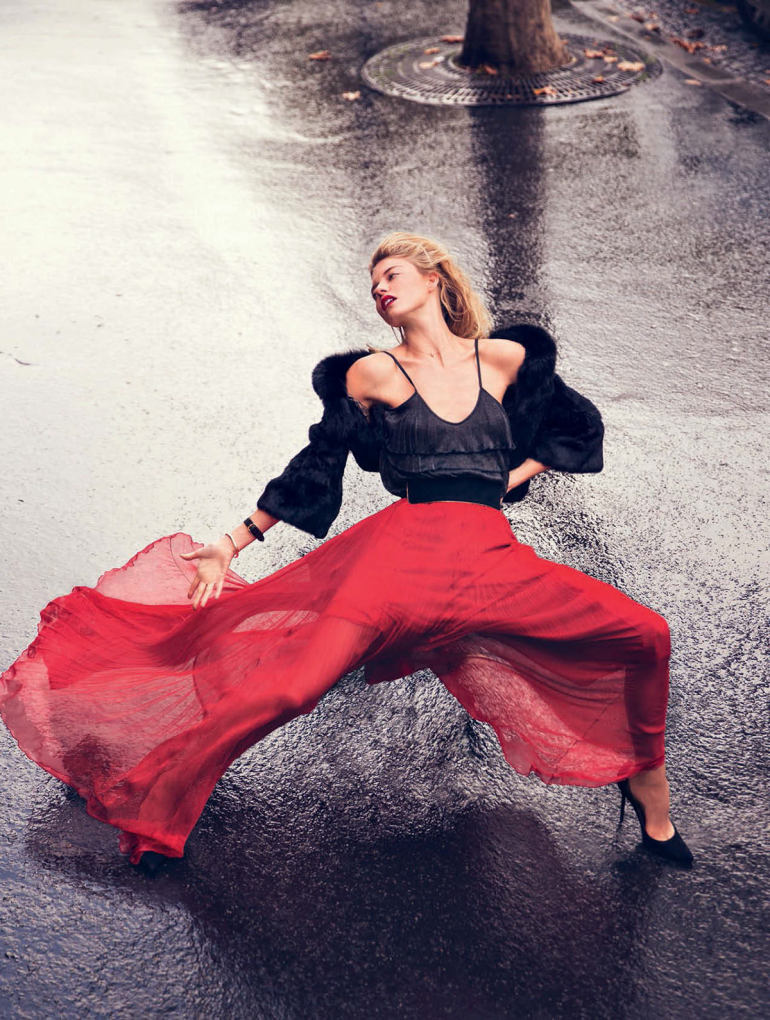 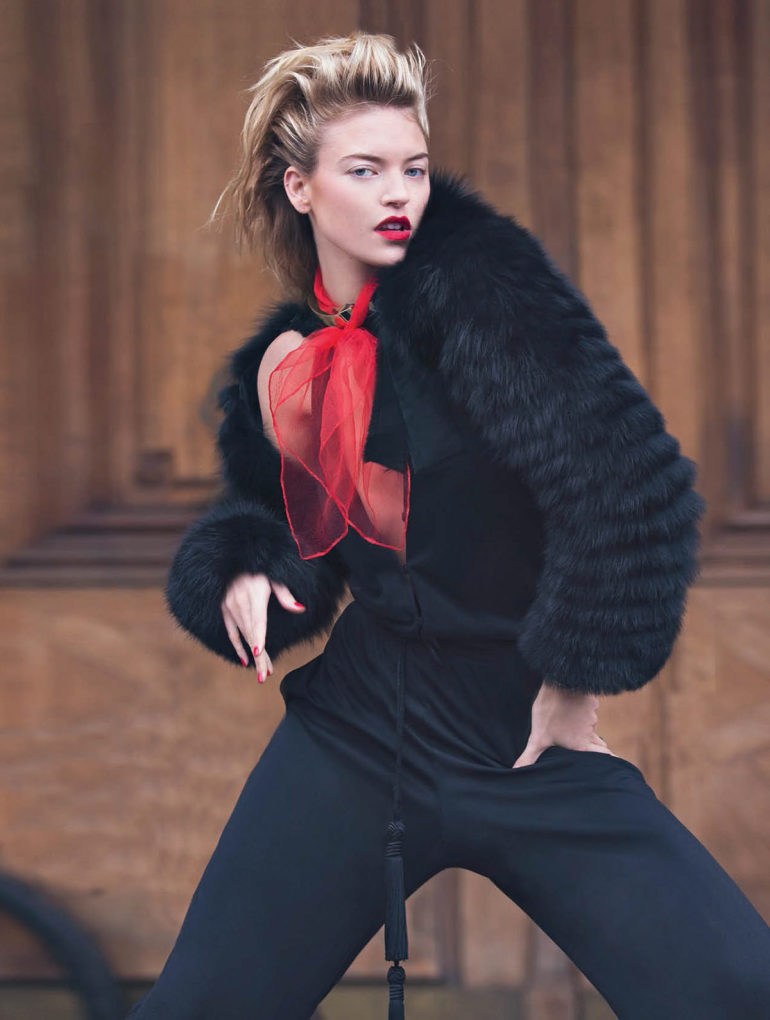 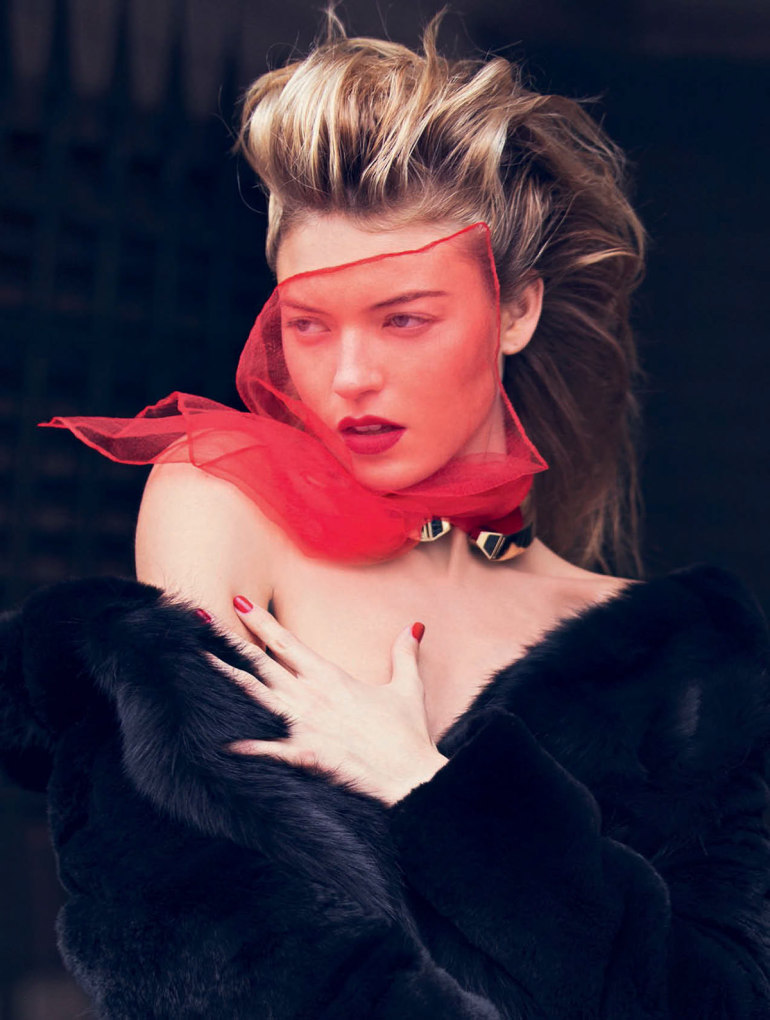 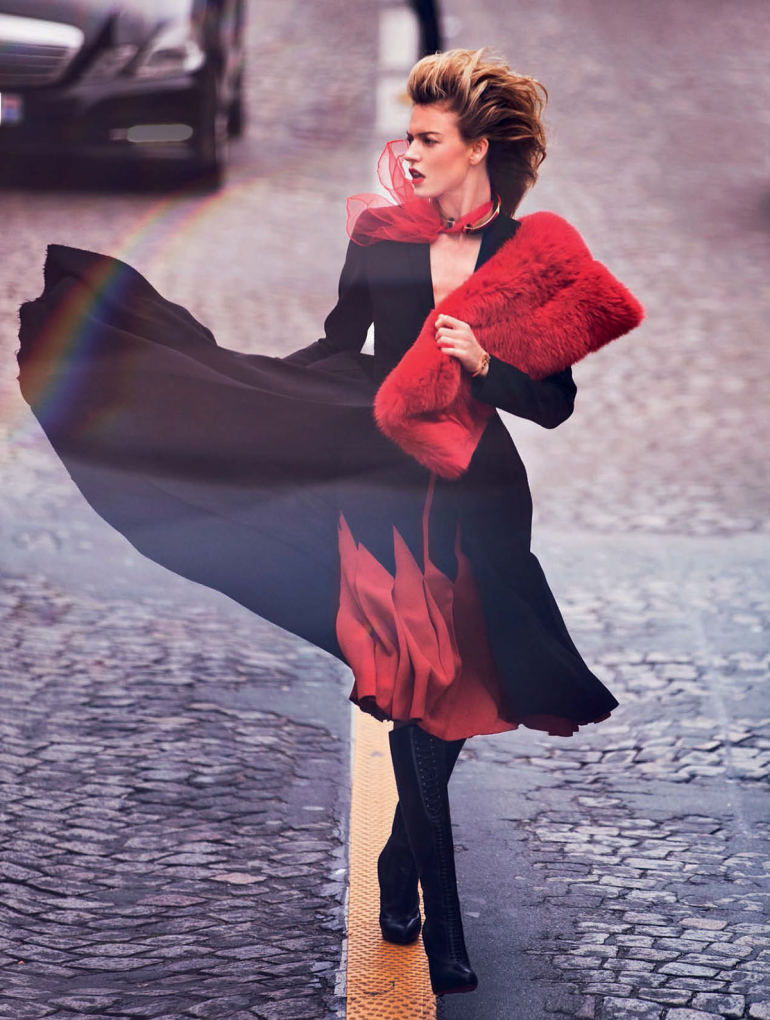 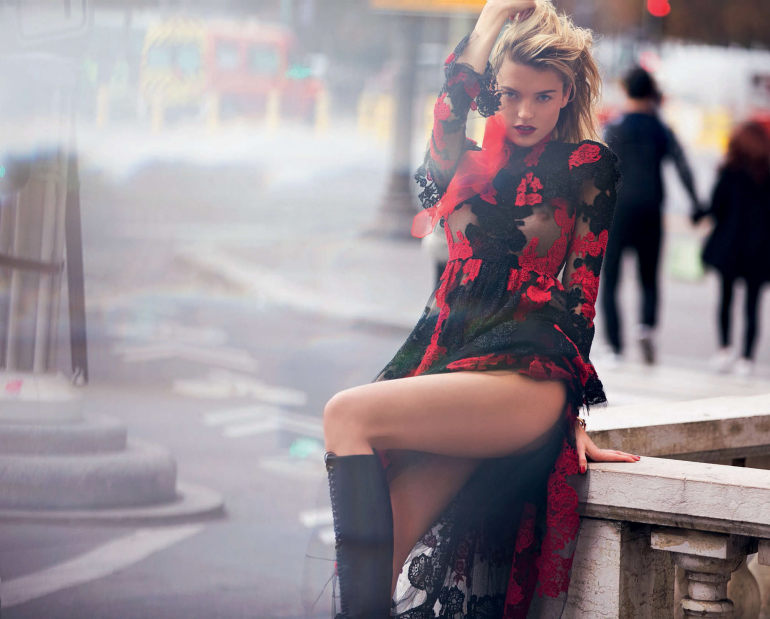 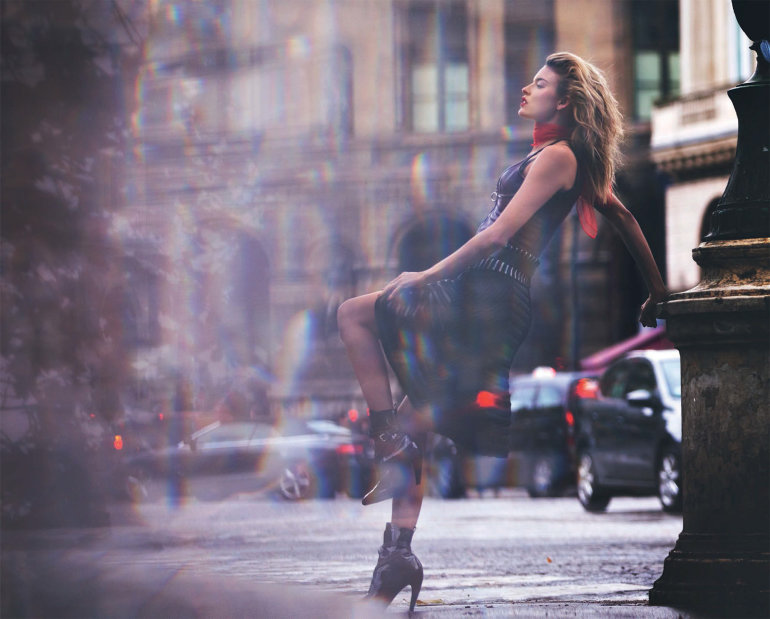 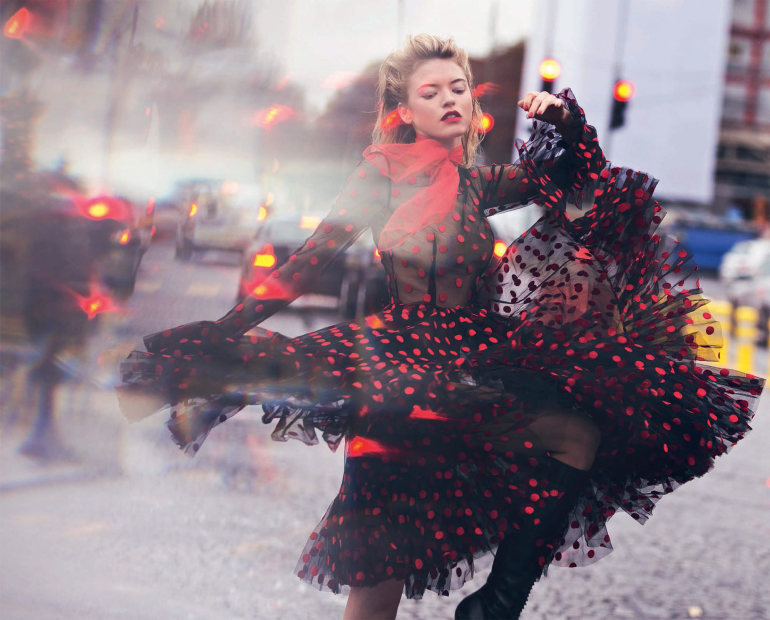 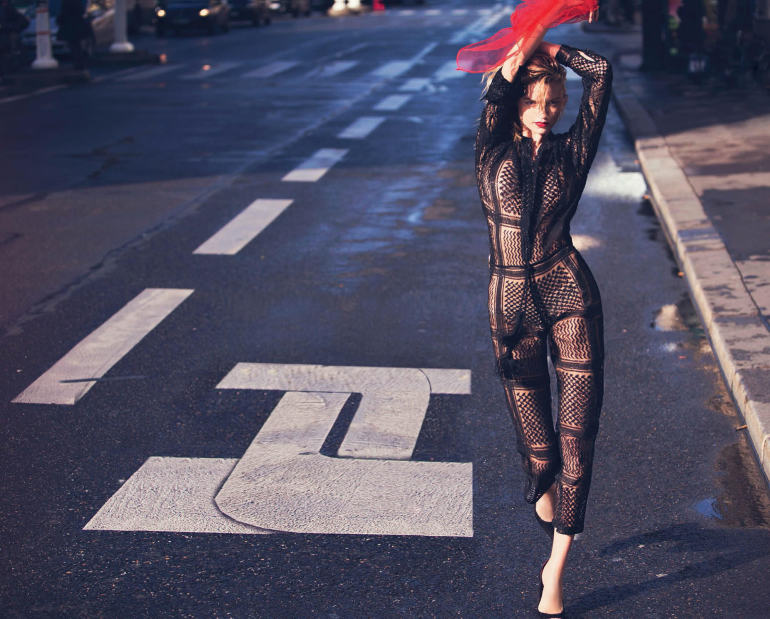 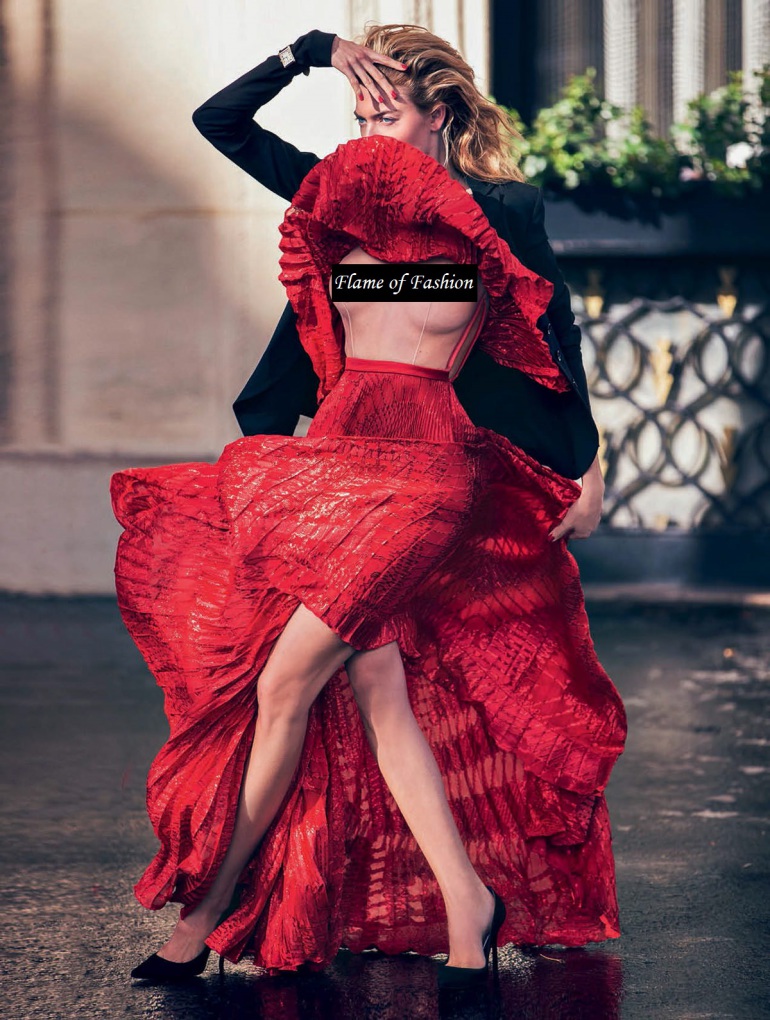 A Collusion of Retro-Modern Fusion in 'Saint Laurent'