Kinga Rajzak descends into a state of dreamlike decadence in ‘Skazka Akzaks’ by Dima Hohlov for Interview Russia. The season of lights begins with a dizzying array of color and play. Stylist, Natalie Brewster, evokes the elegance of avant-garde wonder as flakes flurry and bubbles blow. Fashion and fantasy collide with artistic looks by Alexander McQueen, Céline, Chanel, Dolce & Gabbana, Gareth Pugh, Givenchy, Nina Ricci, Prada & Valentino. Saying goodbye to the year, (Makeup Artist) Ariel Yeh draws dark lines on the hands to signify the coming of change. Yuletide beauty becomes, as Rajzak illuminates the night, with ruby lips set against shining skin. Hairstylist, Panos Papandrianos, lets the dew loose with wild waves flying around the face in a gesture of jubilation. The promise of a new day emerges, as magic takes every moment from a state of pure/natural to a realm of deep/magnetic. 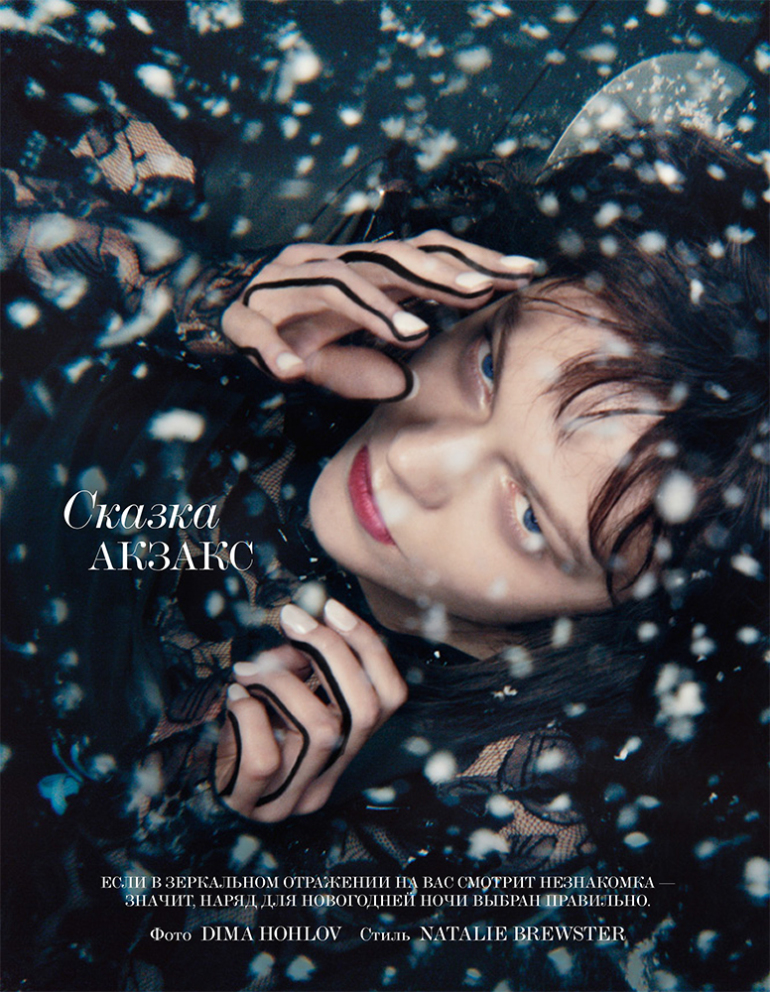 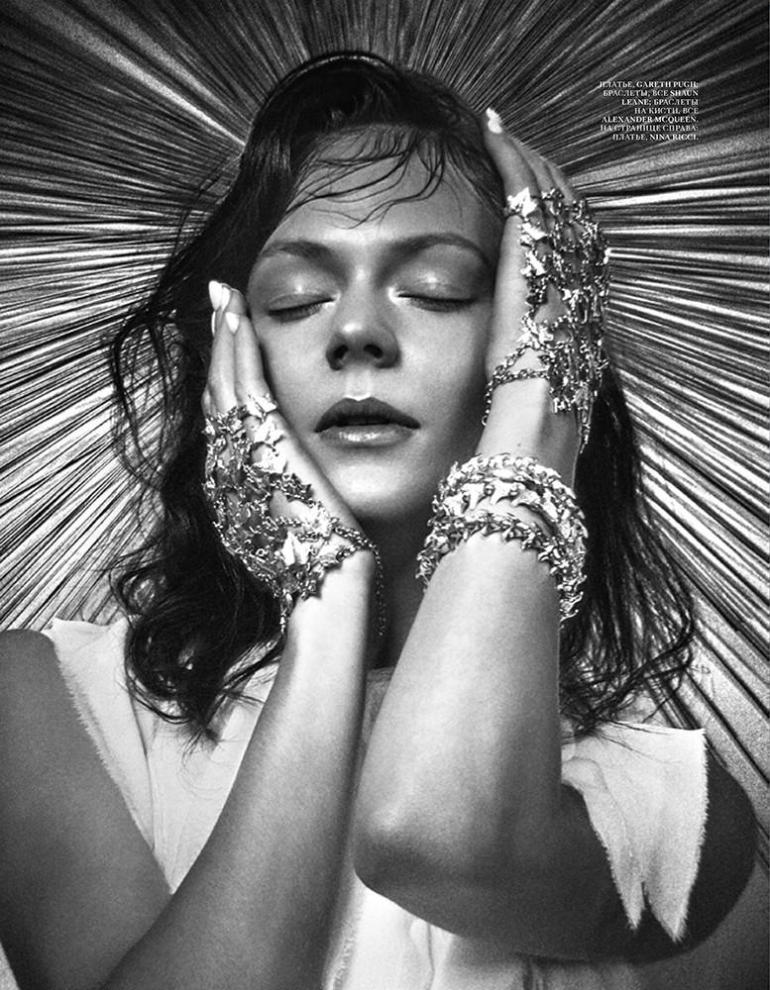 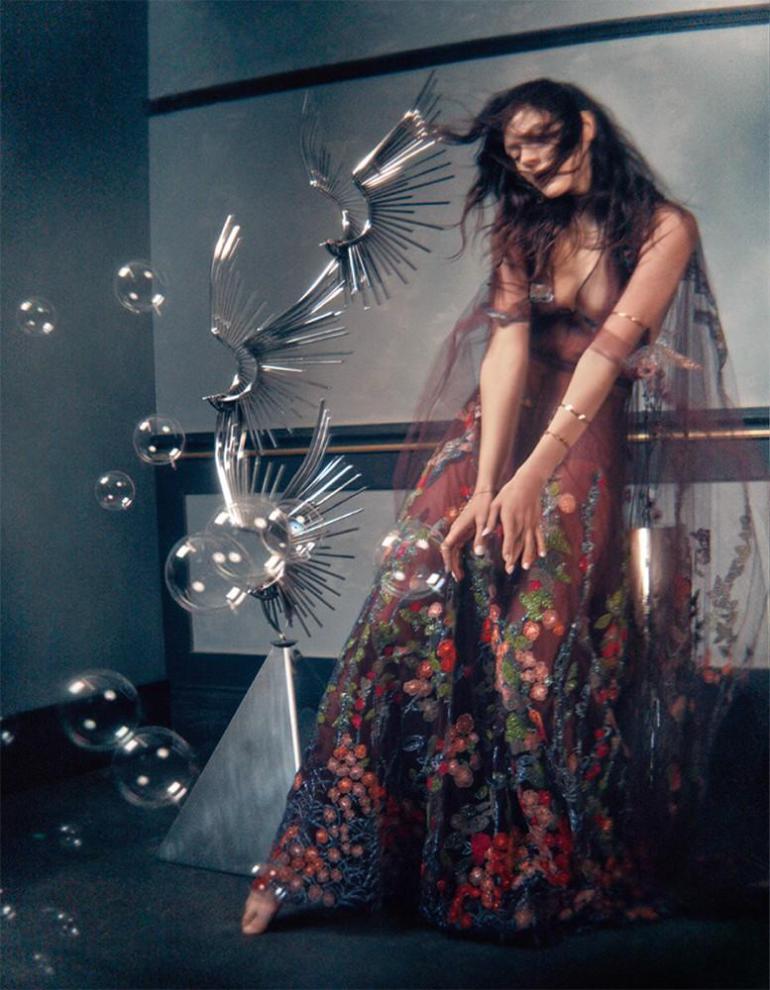 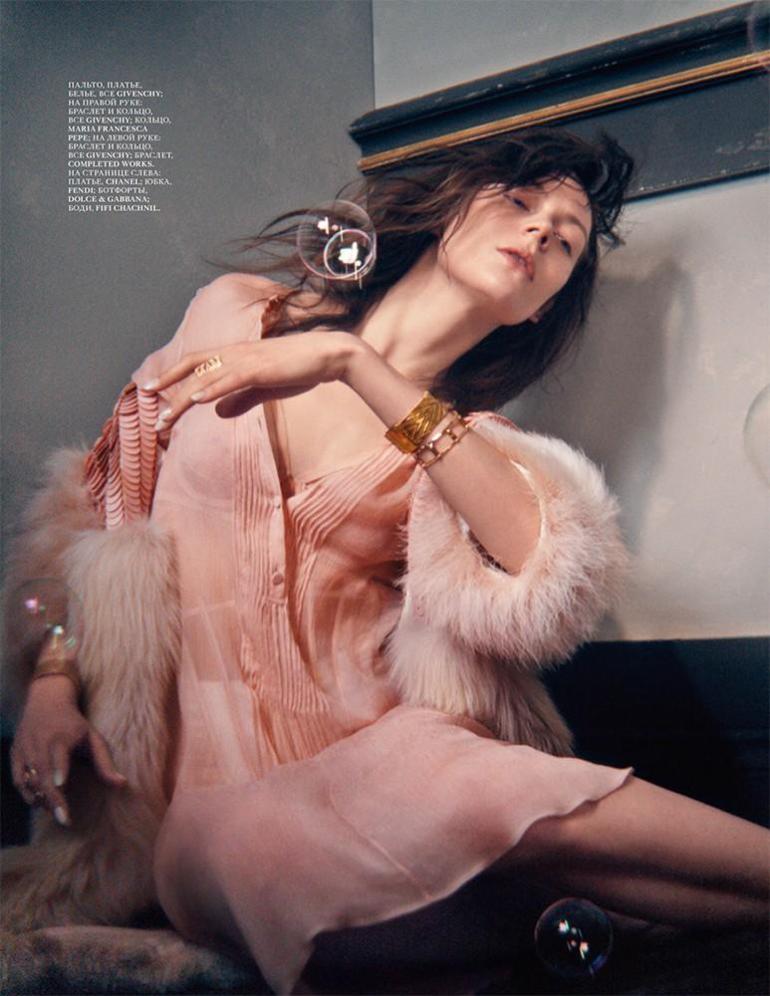 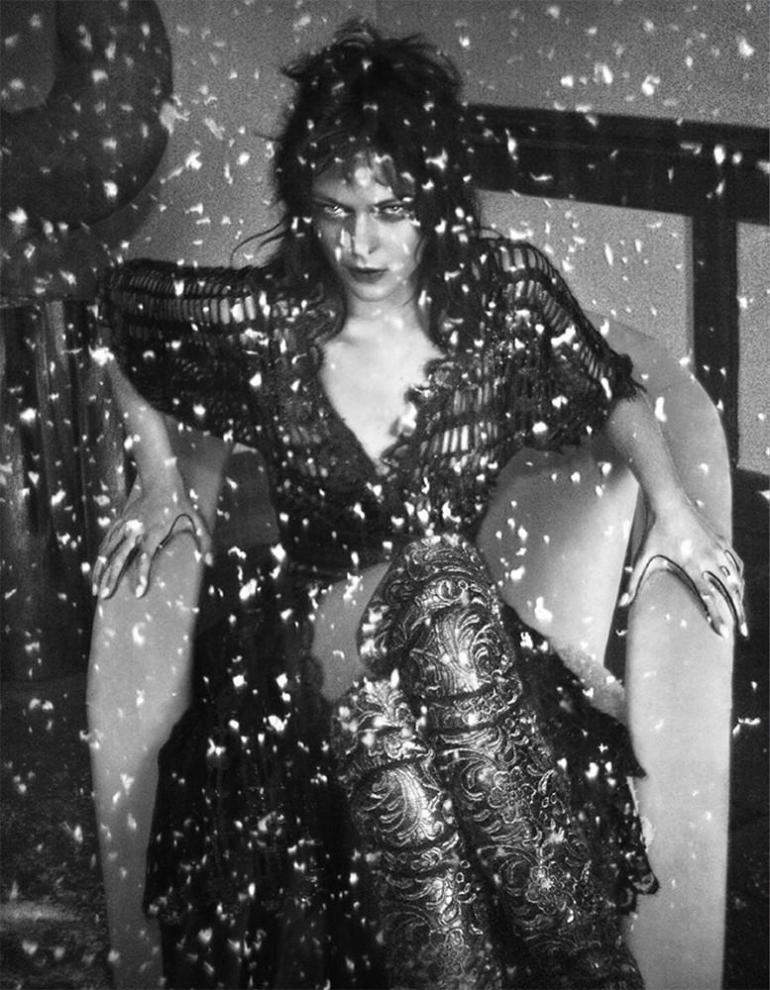 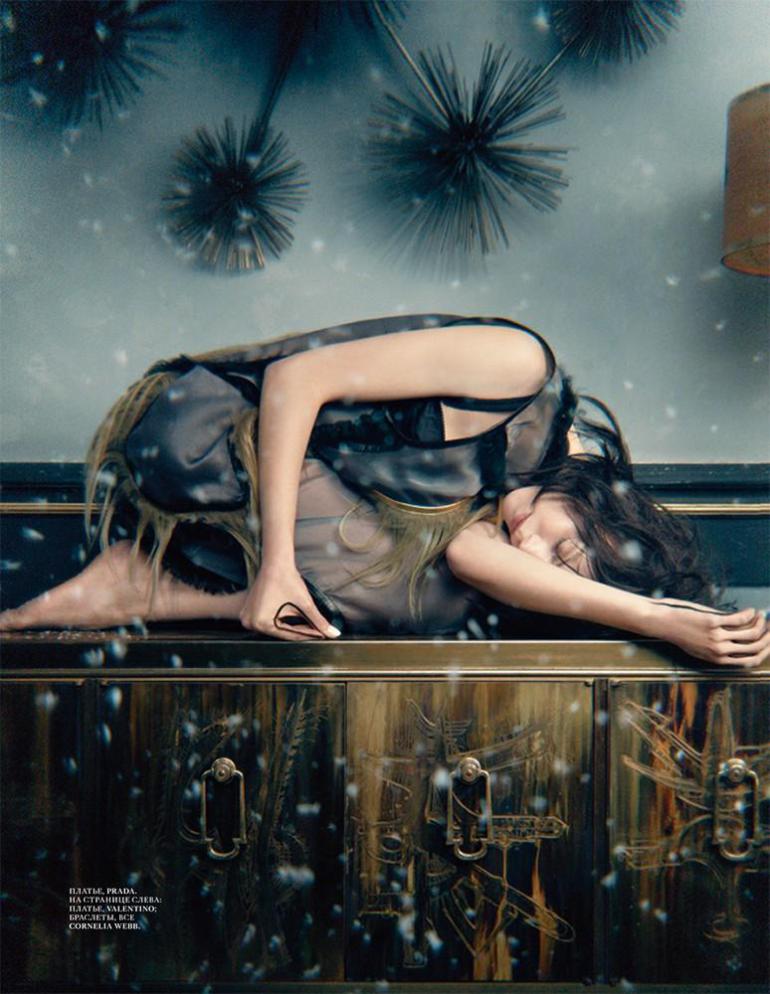 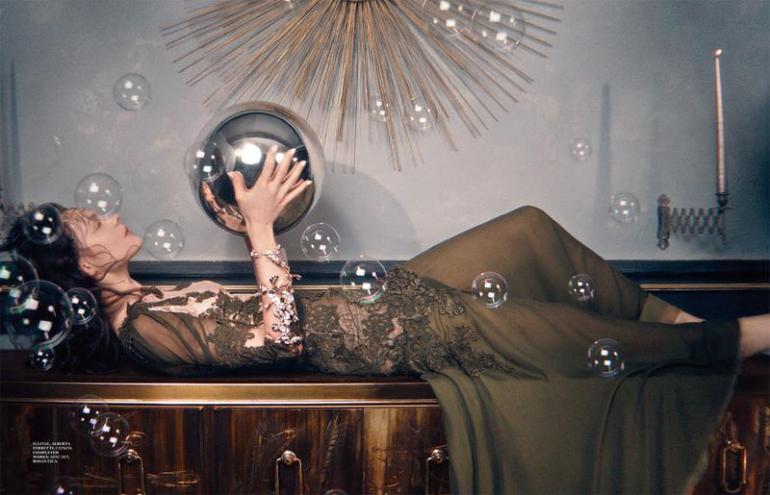 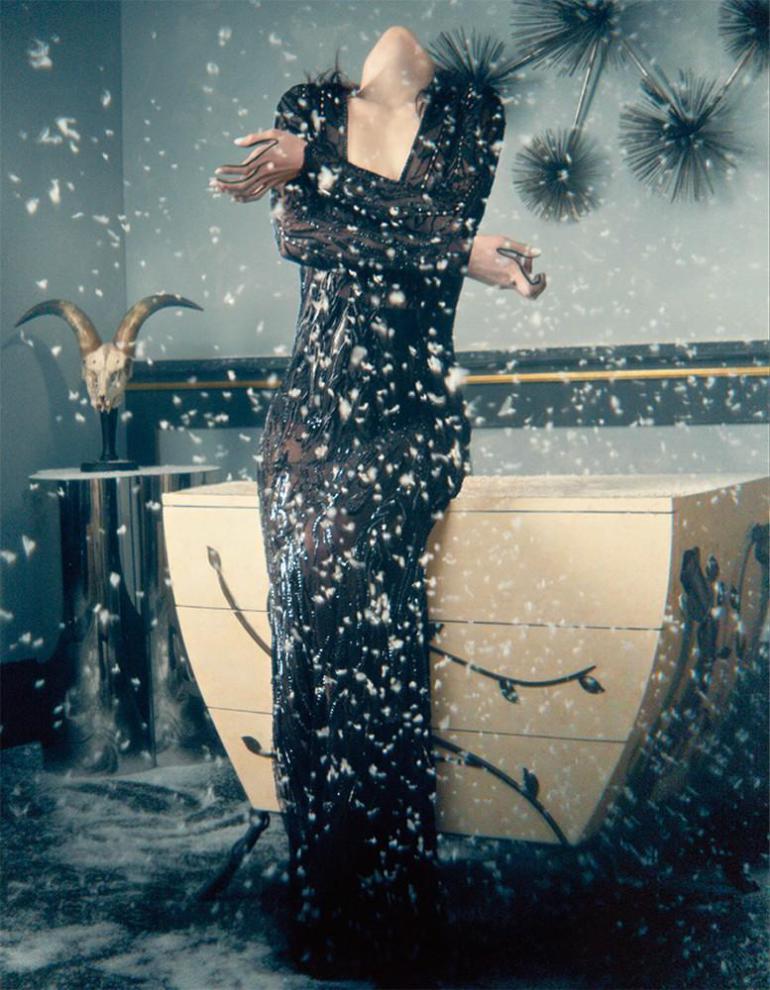 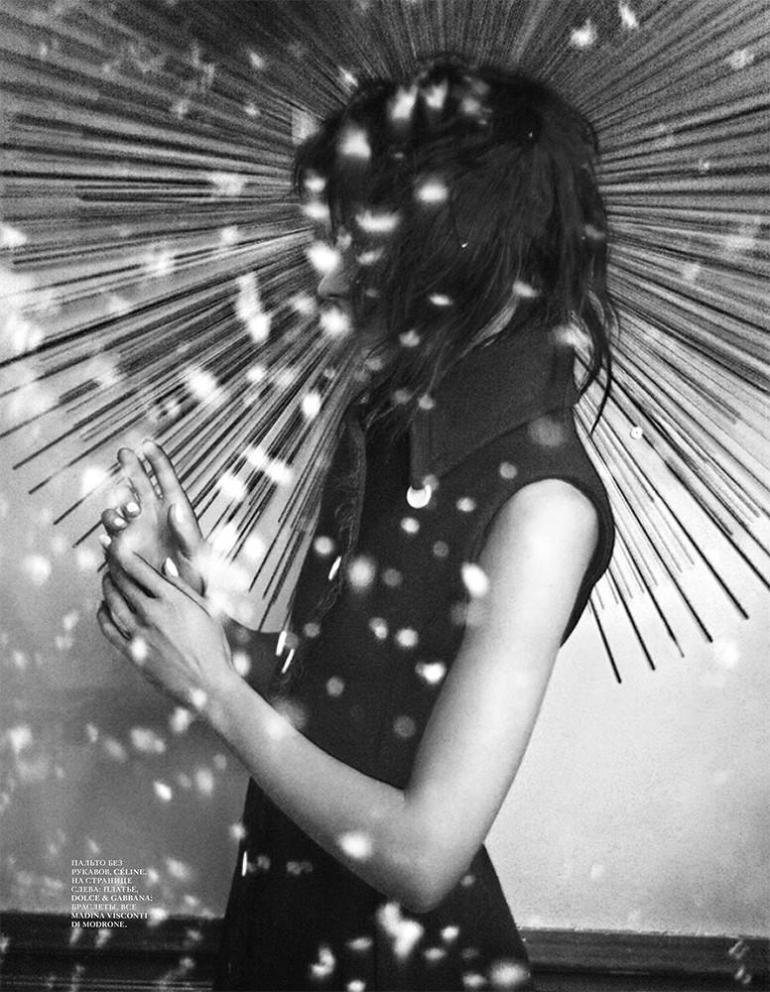 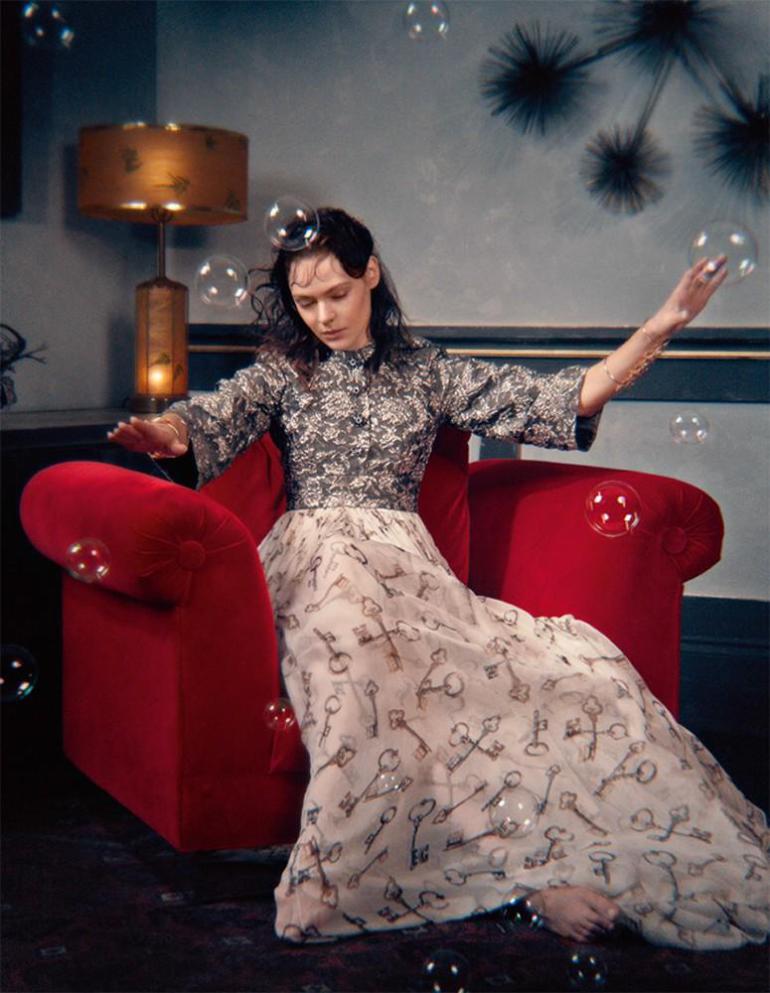 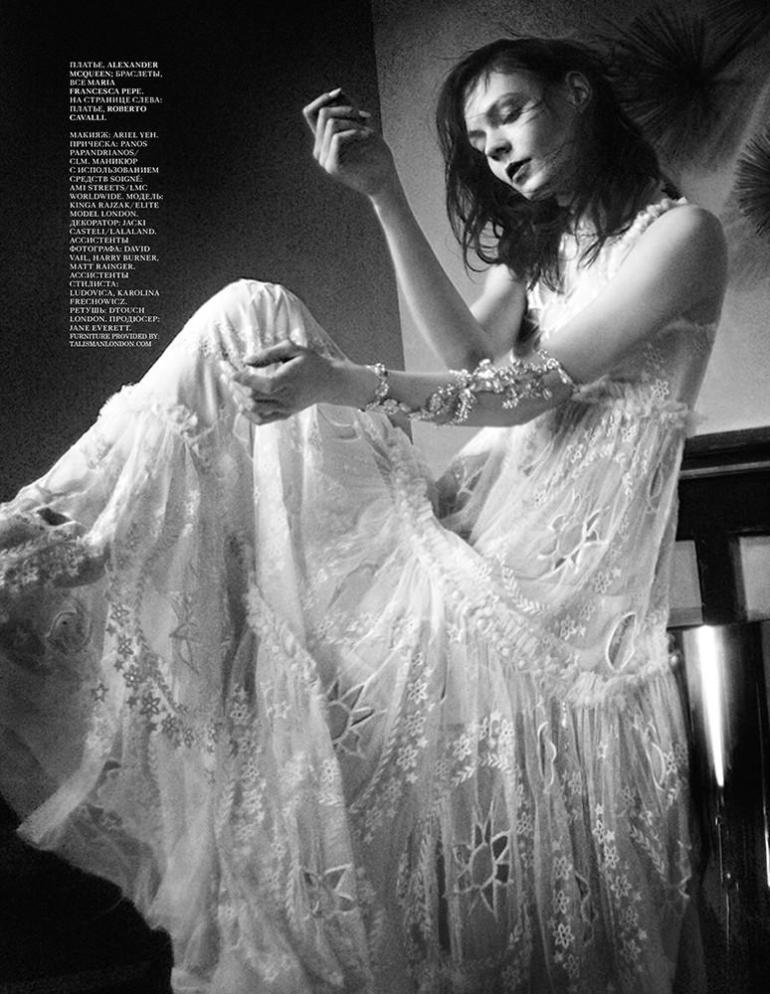