Lara Stone in ‘A Visionary Story’ by Steven Klein for Vogue Italia, January 2015

Lara Stone plays the mistress of the mansion in ‘A Visionary Story’ by Steven Klein for Vogue Italia. Sauntering around like a lion seeking prey, decadence becomes her, as Stone captures the depth of her character. An exquisite tale of love gone wrong, this takes us back to a time when outfits were a full affair. Stylist, Patti Wilson, pulls out all the stops with designs that express the over-the-top attitude of the filthy rich. Avant-garde excess at its best, the fusion of art makes us fixate on fashion. Capturing the nuance of noir, (Makeup Artist) Sammy Mourabit, brings the heat by brandishing the bold beauty of bordeaux. The mouth is made to steal the show with lips so luscious you’ll lose yourself in luxury. Costumed head-gear shines, as (Hairstylist) Akki creates a dynamic blend of haute-coiffure. Drama becomes them, as Tyson Ballou & Molly Bair act out, learning to never underestimate the seductive powers of Stone. The mistress of darkness rules the night in this Visionary Story of secrets revealed. 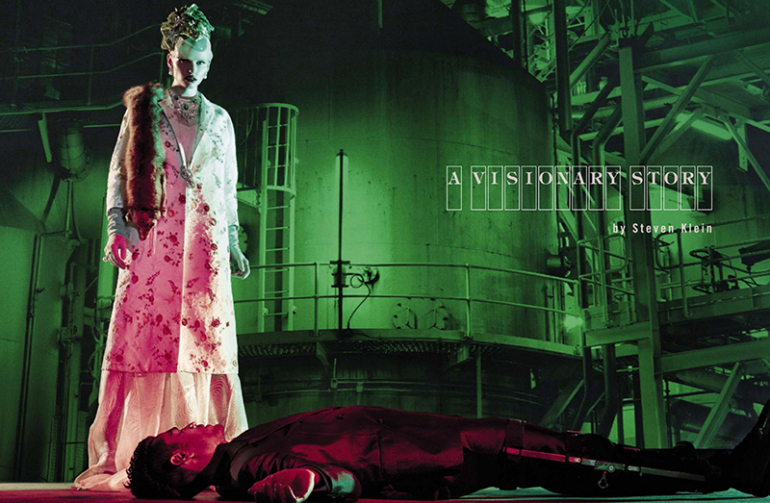 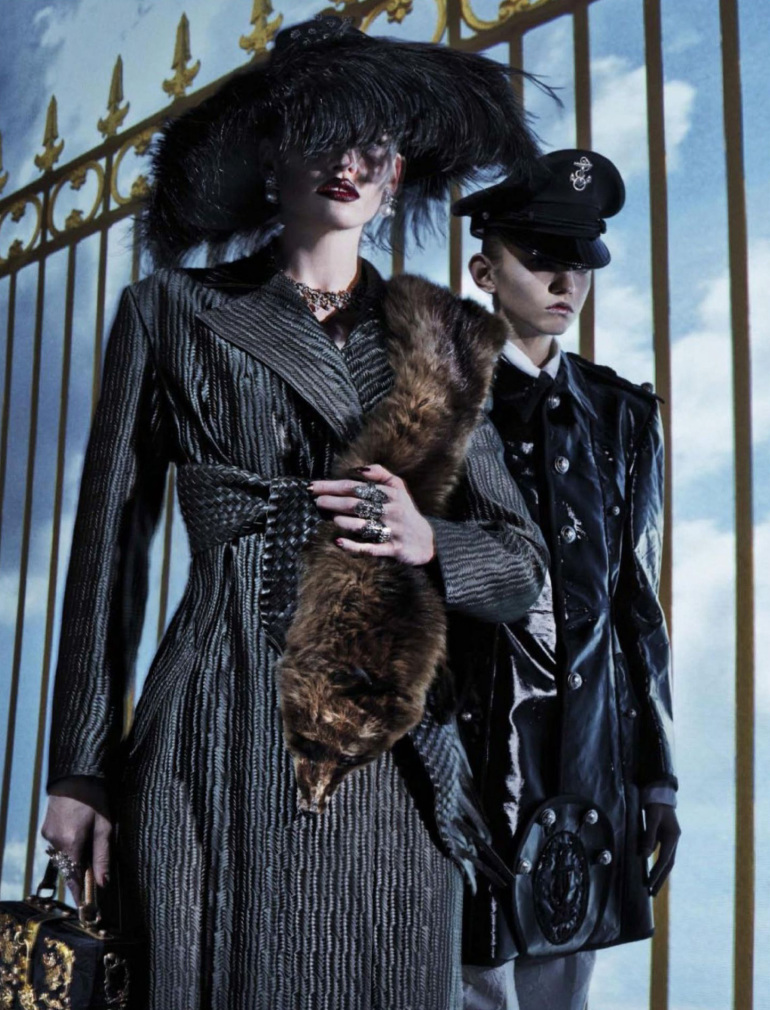 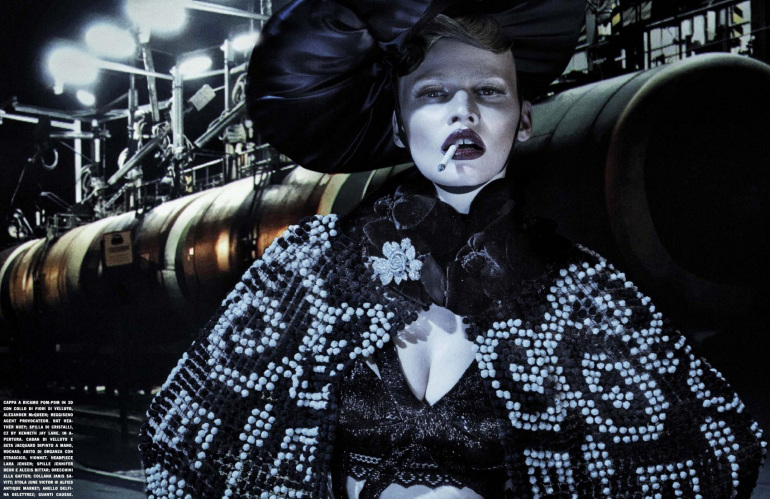 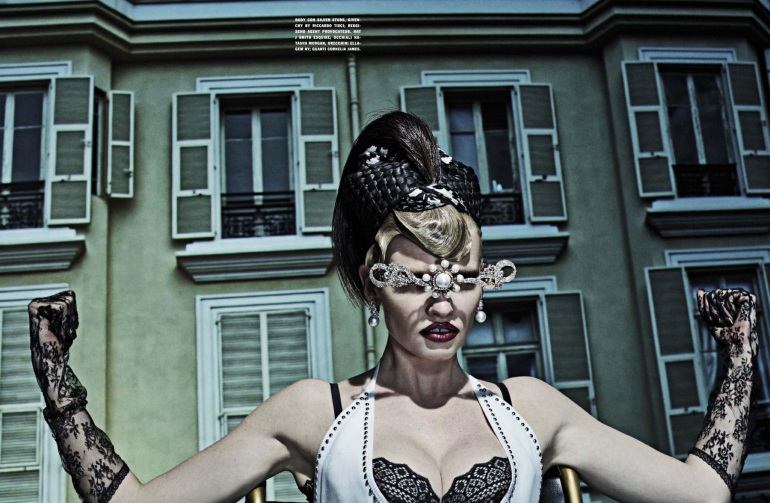 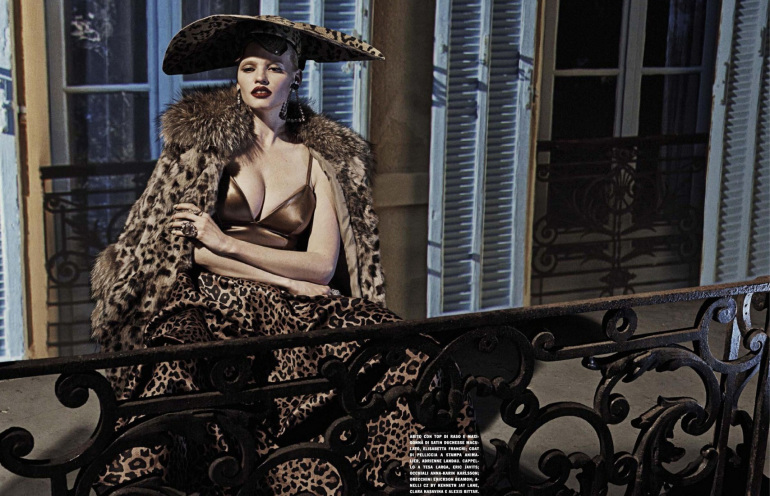 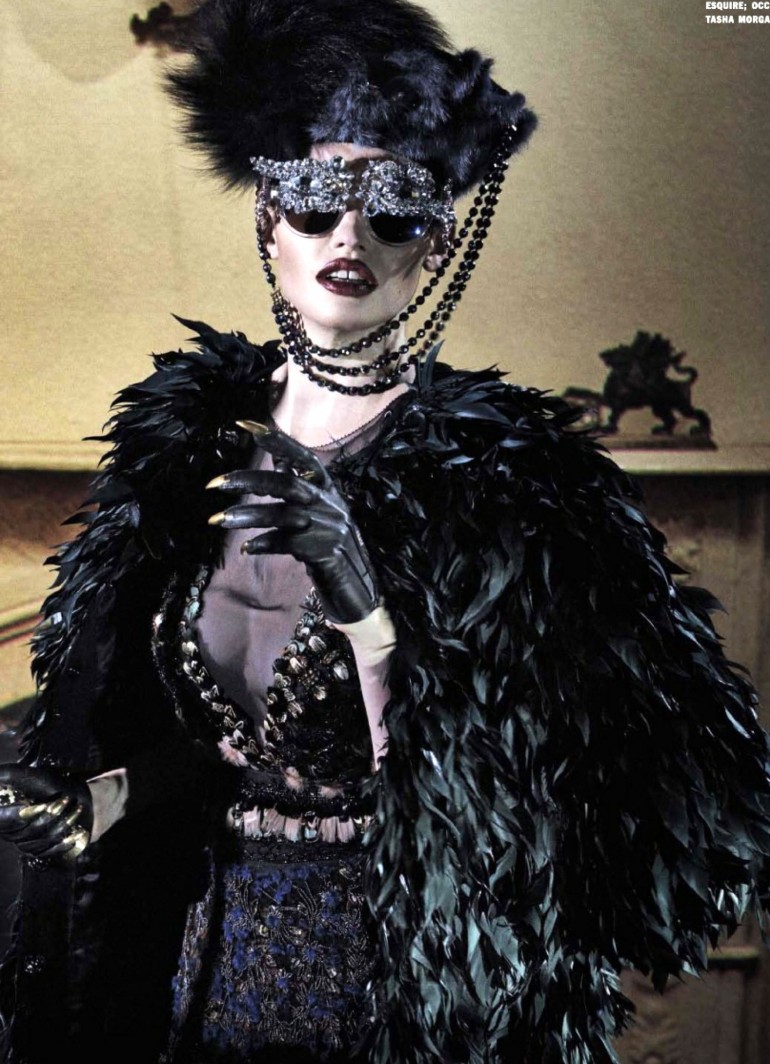 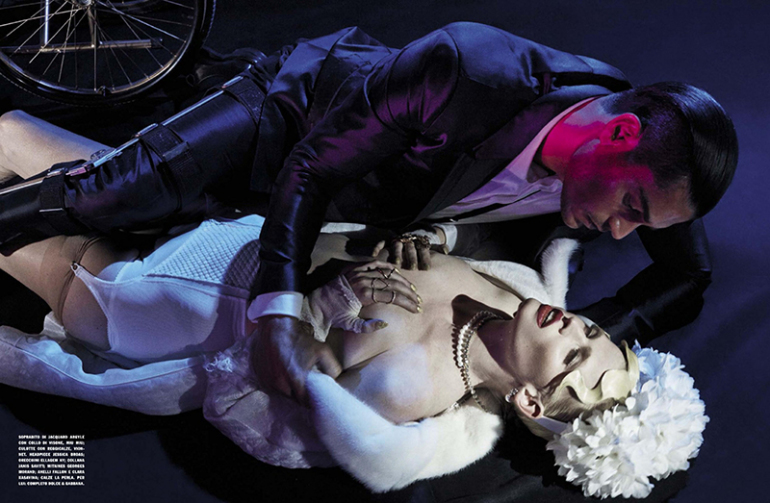 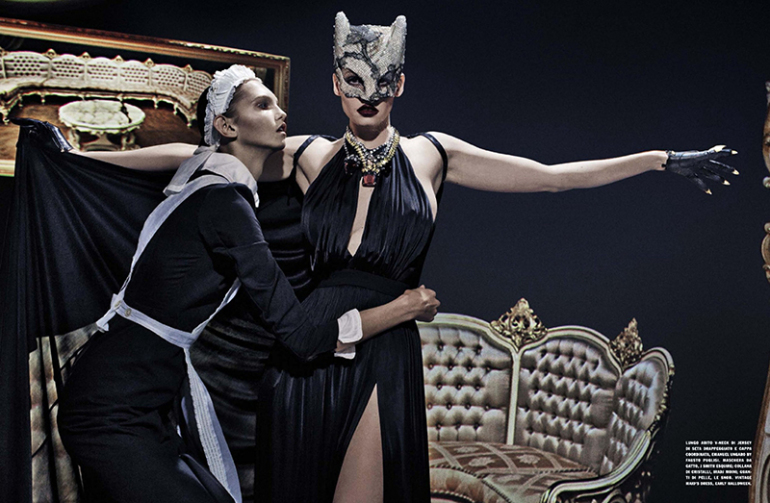 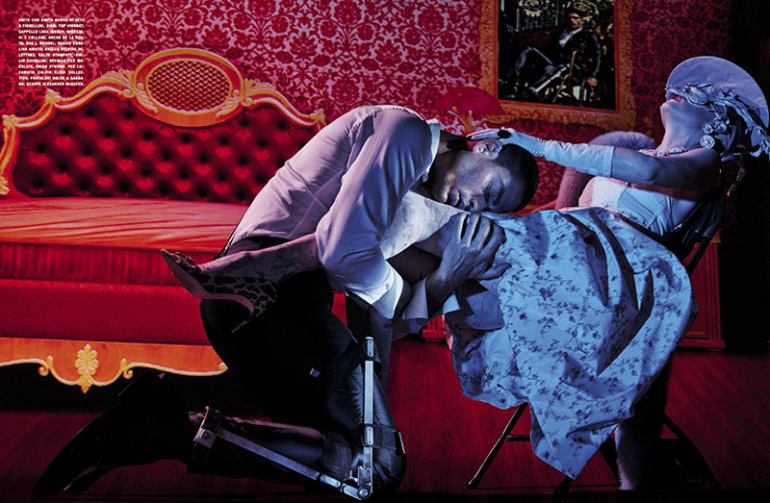 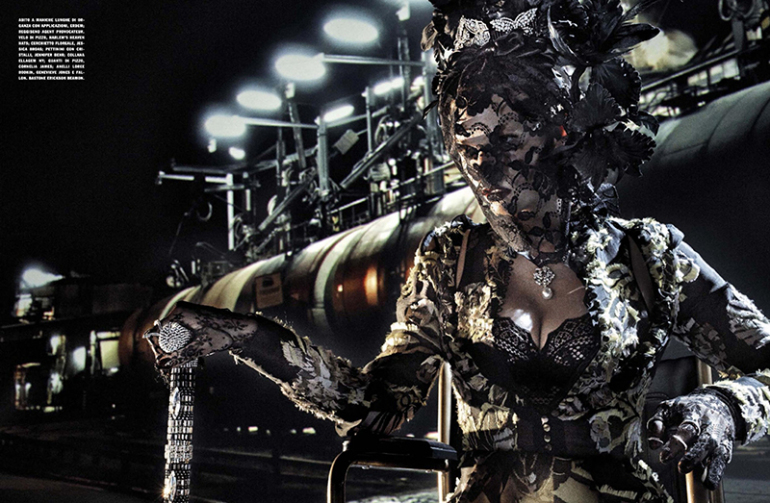 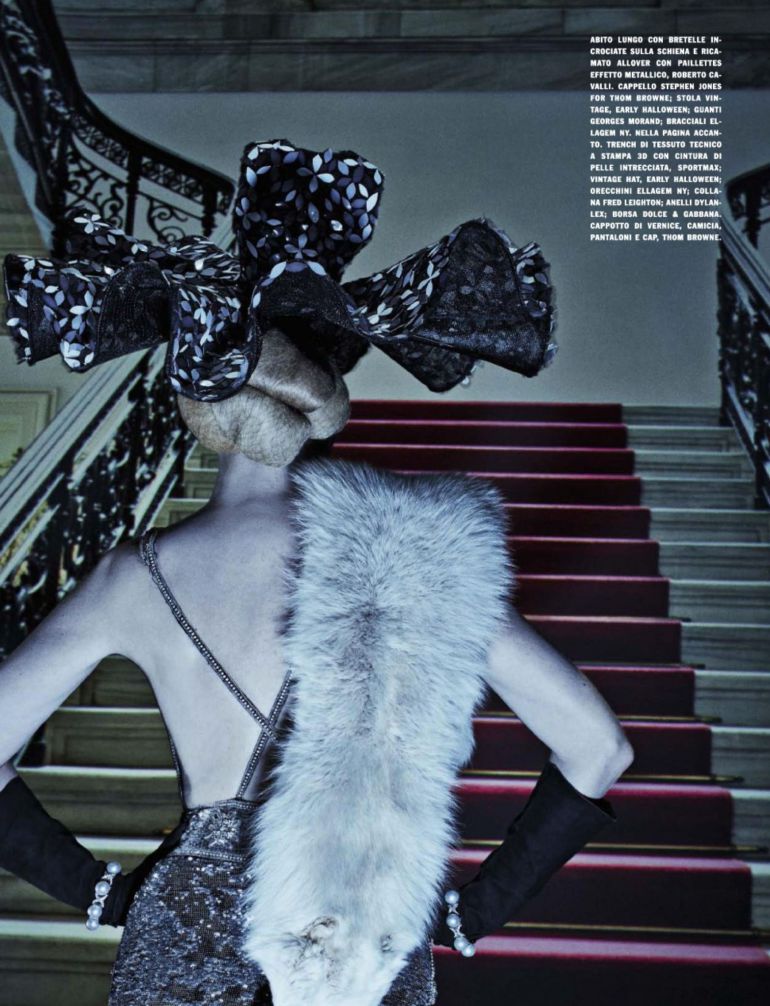 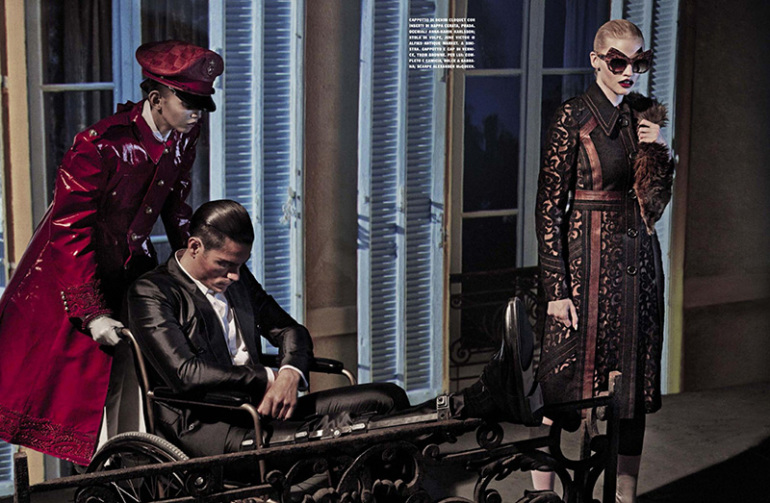 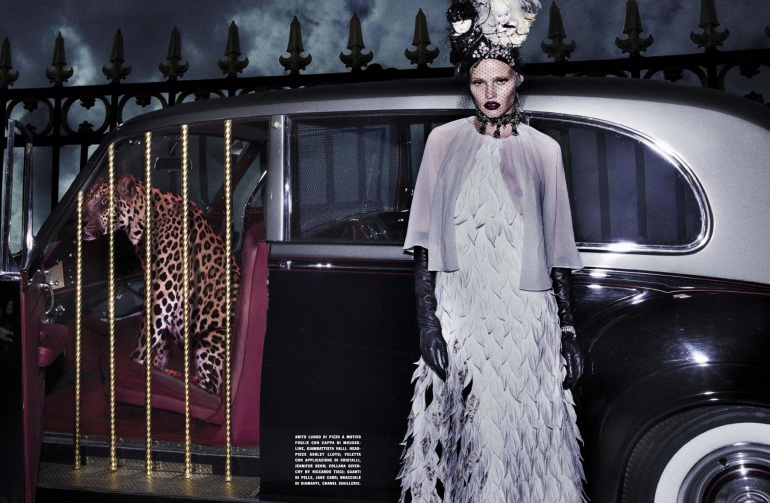 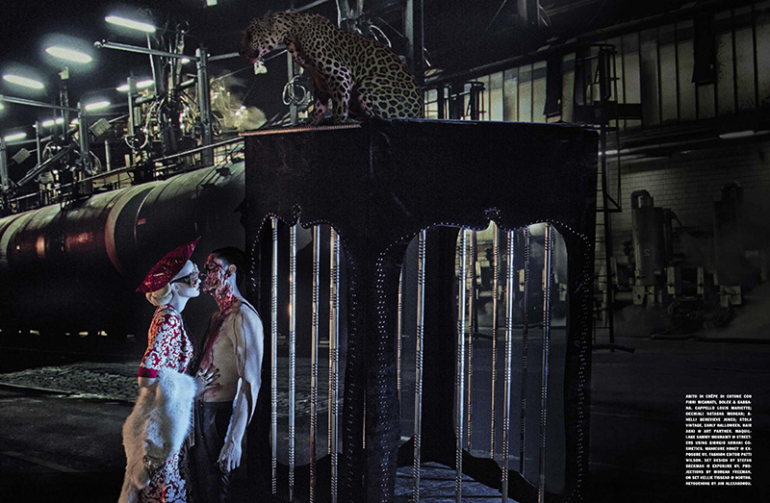 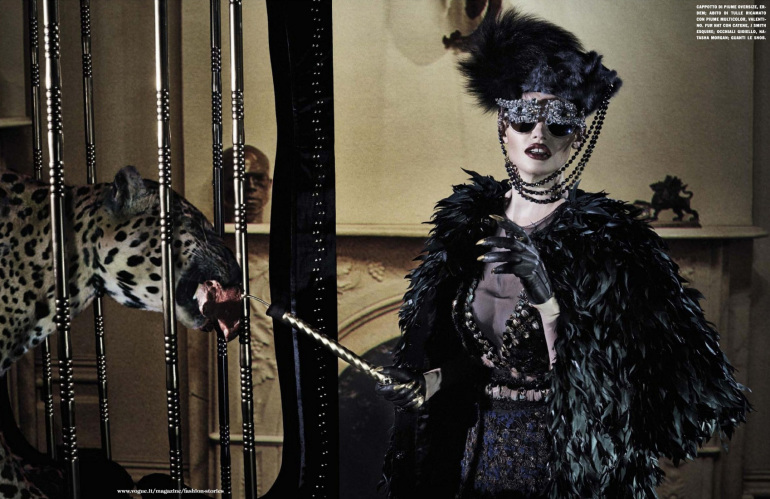 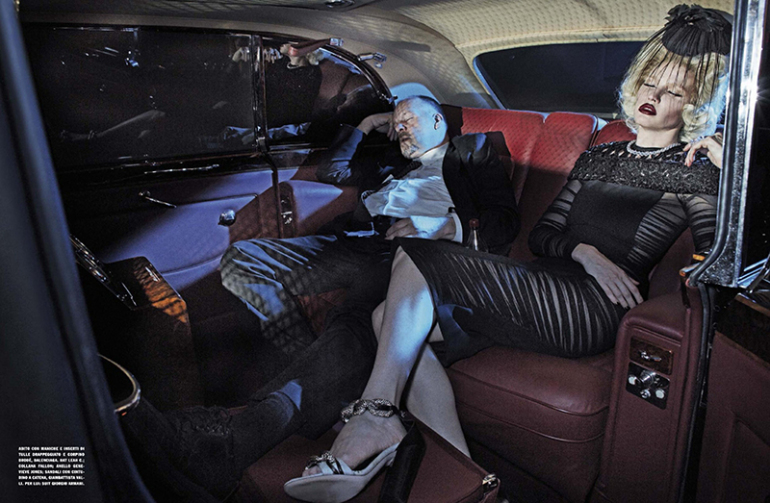 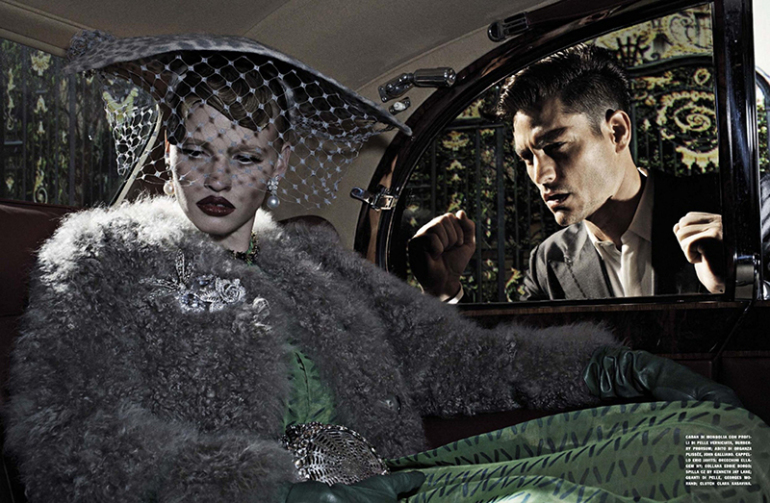