Tim Walker brings the magic of McQueen’s artistry to life in ‘Dark Angel’ for Vogue UK, March 2015. Followed from the F/W 2010 Collection, ‘Angels & Demons,’ V&A Museum celebrates his Archive of Designs, Savage Beauty A Retrospective. An ode to the art of a modern visionary. Aya Jones, Xiao Wen Ju, Harleth Kuusik, Yumi Lambert & Nastya Sten gives us a posthumous look at one of the most vibrant craftsman of our time. Creative Director, Kate Phelan, dug into the depths of his genius, in this revival of the renaissance. With multiple selections from the shows; 2006 ‘Windows of Culloden,’ 2007 ‘Saraband,’ 2008 ‘The Girl Who Lived in the Tree‘ and 2009 the great ‘Horn of Plenty.’ To pieces from; 2002, ‘The Dance of the Twisted Bull,’ and a corset worn in 1998’s Untitled, the looks are electrifying. And, while it doesn’t make the biggest splash in this showcase, I will forever be moved by the epic 1997’s, ‘La Poupee.’ Unlike anything I had seen before or since, this captured everything (I would come to believe) represents this great man.

Love on the edge of obsession, his form of beauty always begged for further viewing. A manifestation of McQueen, (Makeup Artist) Lucia Pieroni gives us a taste of pure poetry. Faces that are seen as an extension of an idea rather than a picture of perfection, each image projects an essence of the truth. Good versus Evil, skin is covered in paint, using color as a block of freedom rather than a construct of creativity. The power of red lures you in as the source of strength signals you to stay. Sam McNight honors his presence with hair styles so exquisite we can feel the man behind the myth. From majestic millinery to high-end headgear, toppers were used as no mere accessory, but a real extension of the Alexander McQueen name. A man at war with himself. The price of genius was profound, but how he was paid, was heart-felt admiration. To pretend I don’t feel an ache when I look at these images would be a falsehood. I have always been deeply moved by his work, so I imagine, I will always feel the loss. And to his testament, I believe that he would want me to live right in the center of that sadness.  Not because he wants me to feel pain, but rather he wishes me to be present in the moment. And to that I say, Yes Please! 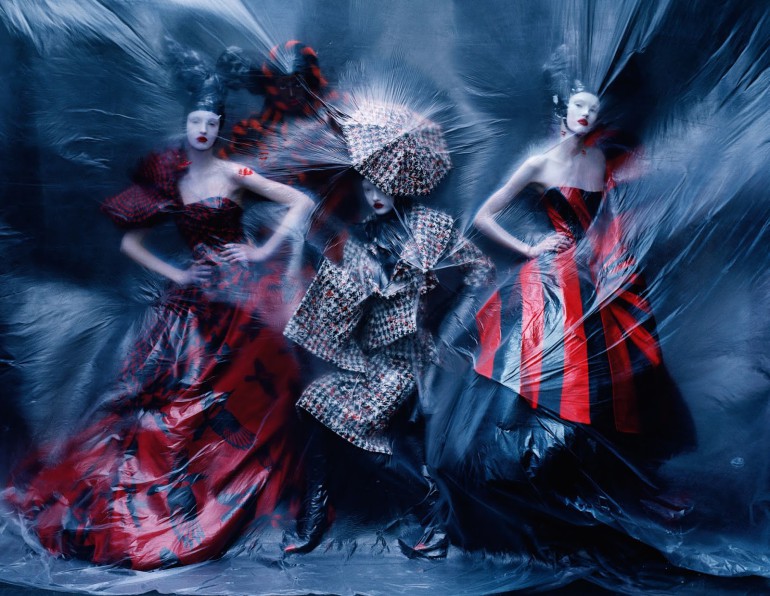 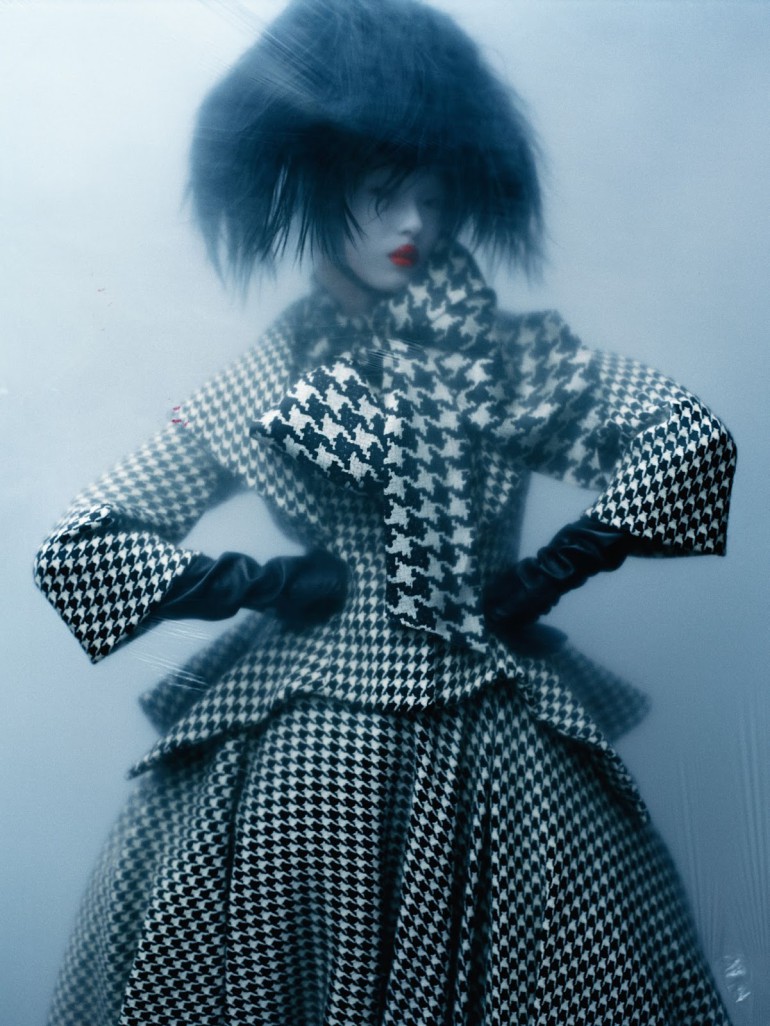 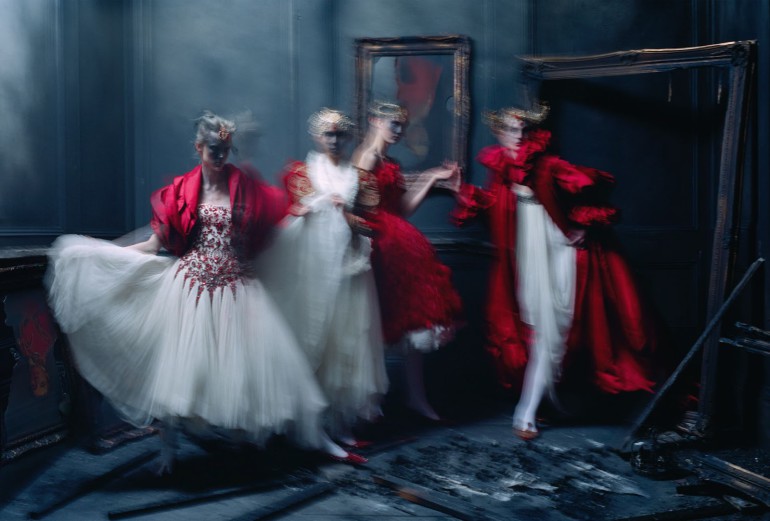 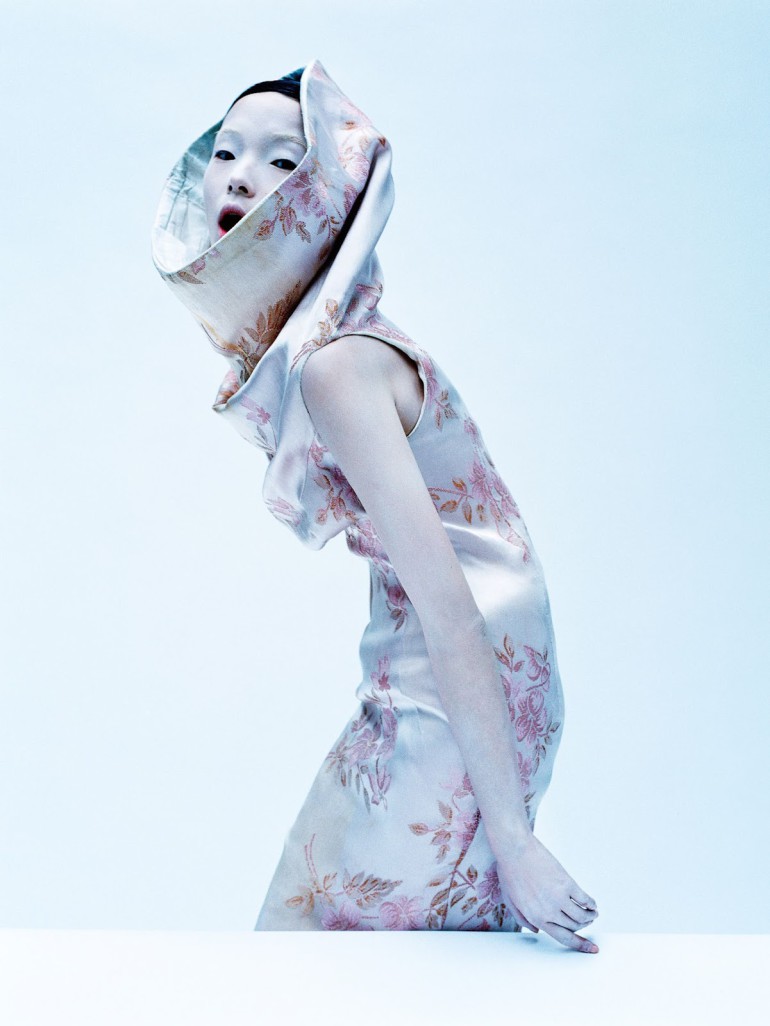 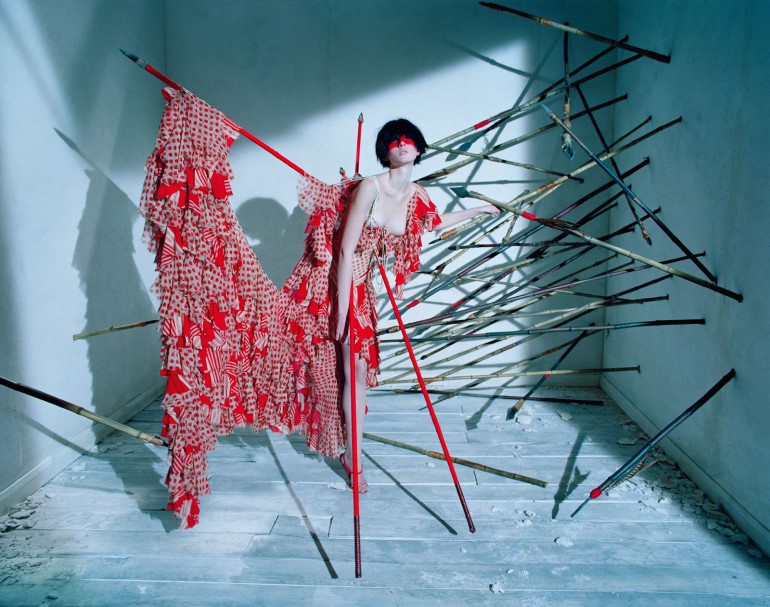 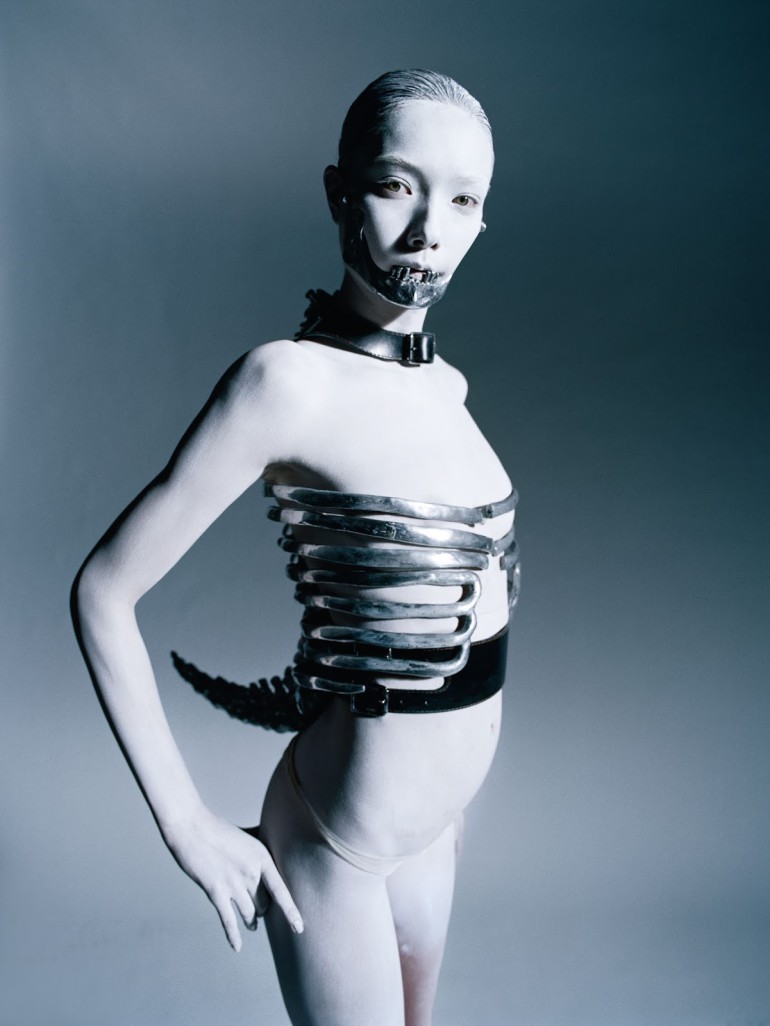 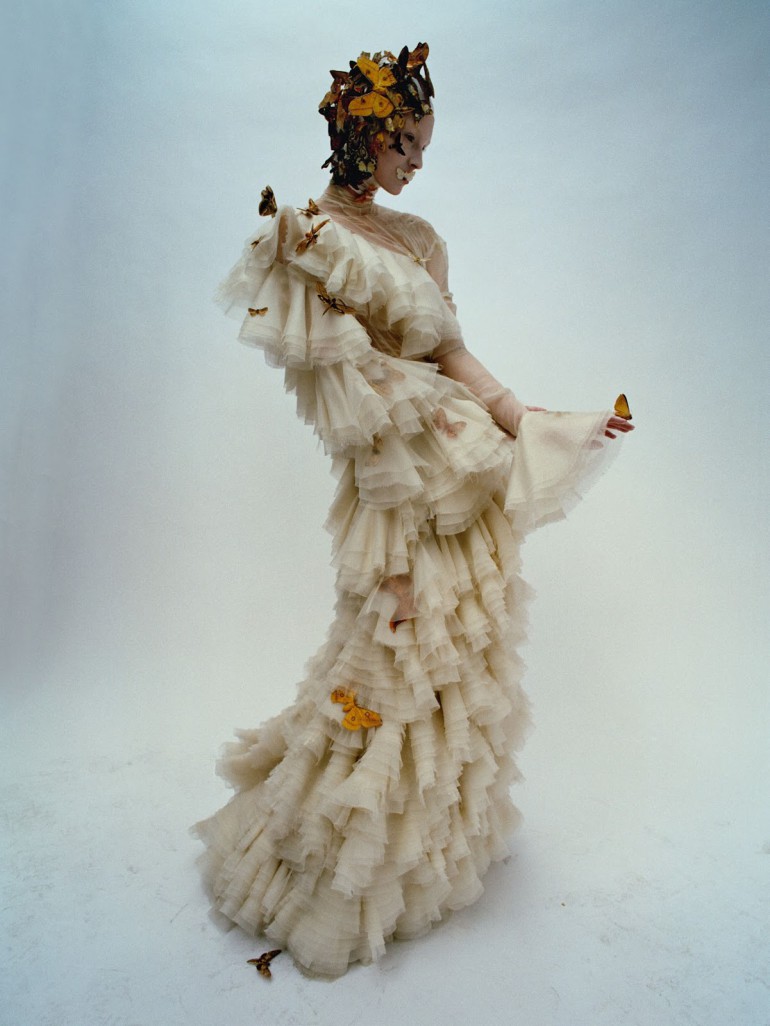 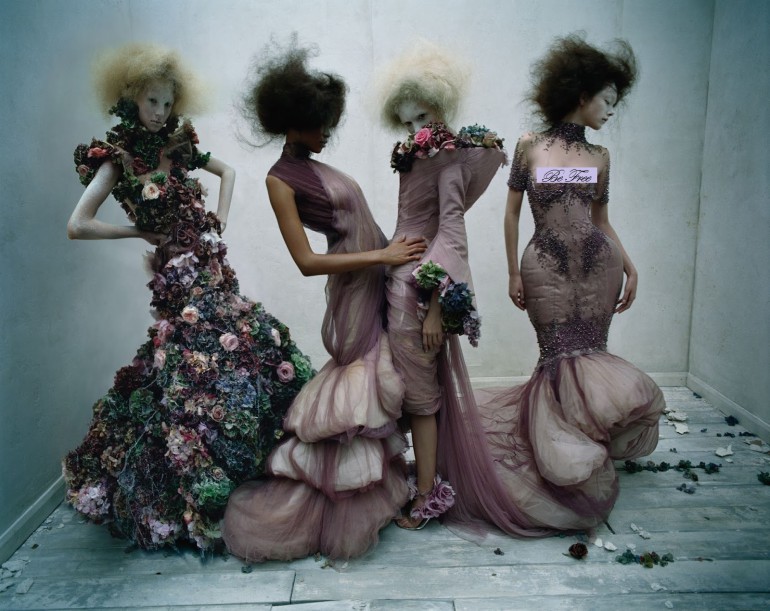 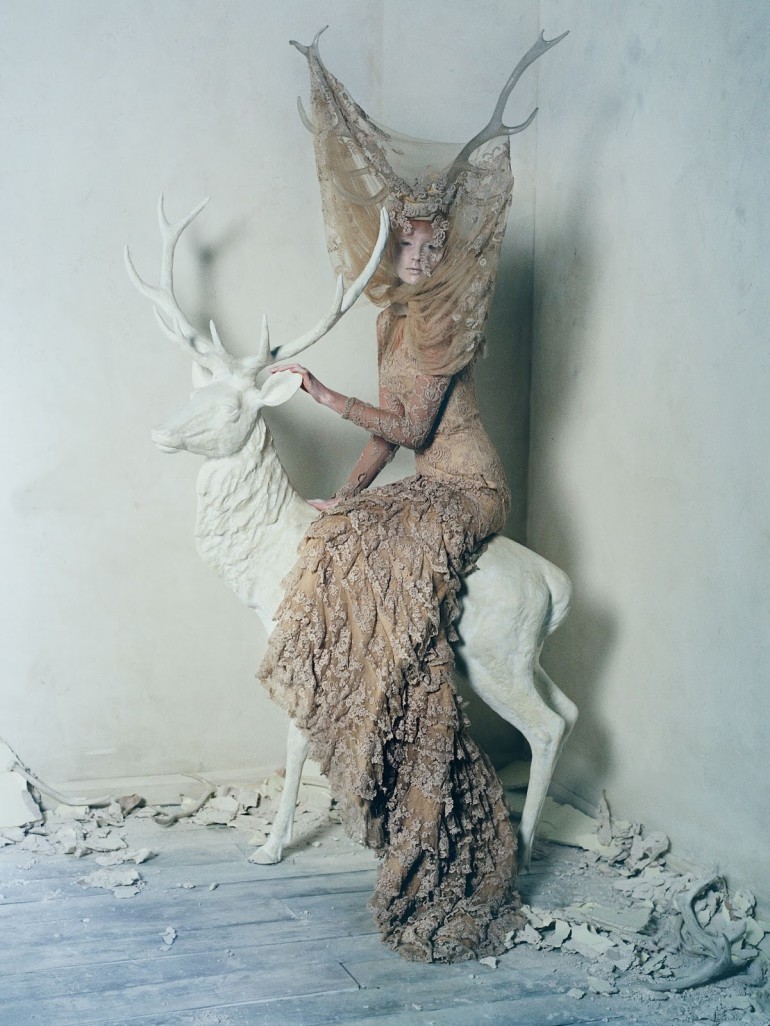 Barbara Palvin is a Fairy tale Femme-Fatale in 'Dark Angel'