Manuela Frey wears Lucha Libre inspired masks in ‘Wrestle Mania’ by Richard Burbridge for Dazed, Spring 2015. A farewell to the master, this swan-song (of sorts), says good-bye to a man that revels in the art of evoking. Devoting himself fully to the calling of haute couture, Jean-Paul Gaultier leaves the ready-to-wear arena behind. Stylist, Robbie Spencer, gets us all riled up with head-gear that focuses on the fisticuffs of high fashion. Avant-garde makeup erupts, as Yadim captures the undercover beauty of the female fighter. Staring at our soul each shot embraces the ecstasy of the unknown. The features of the face refuse to be erased as eyes lure and lips lock. Reveling in the art of excess, each image is marked for pure magic. Sparkles settle over the skin like soldiers seeking a new territory. Covered in masks, rich shades rage on as details dare to wow. From pretty to powerful, colors capture our imagination letting primary pigments POP. Hairstylist, Tamara McNaughton, takes the dew under-cover with dark strands that fall free. An ode to one man’s vision, this celebrates the untamed talent of Gaultier. 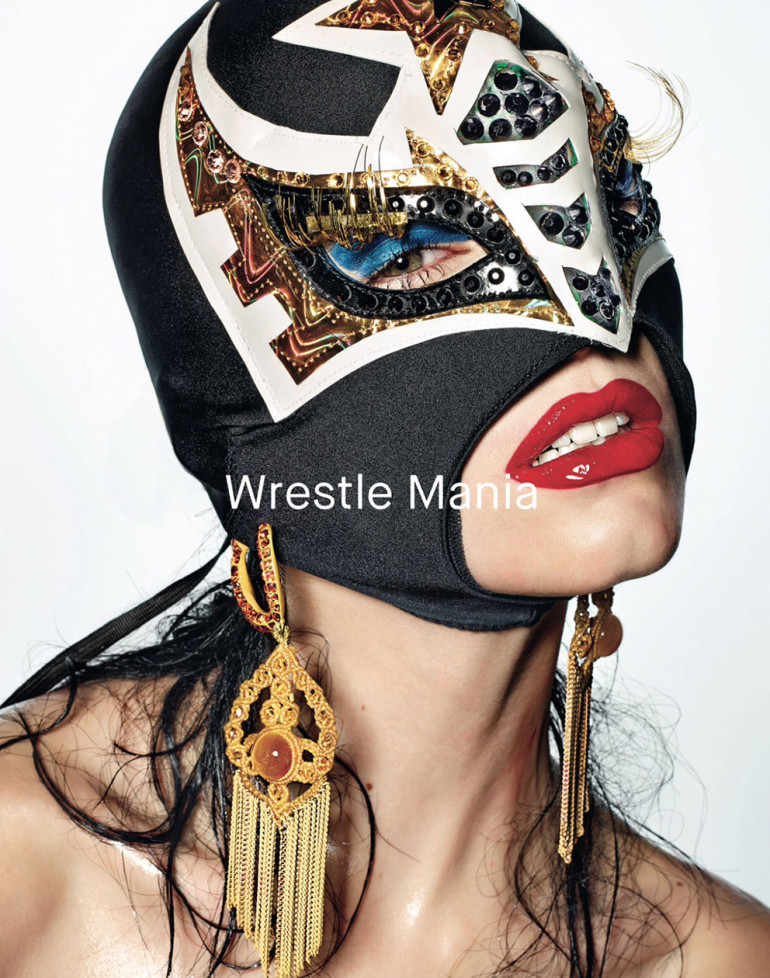 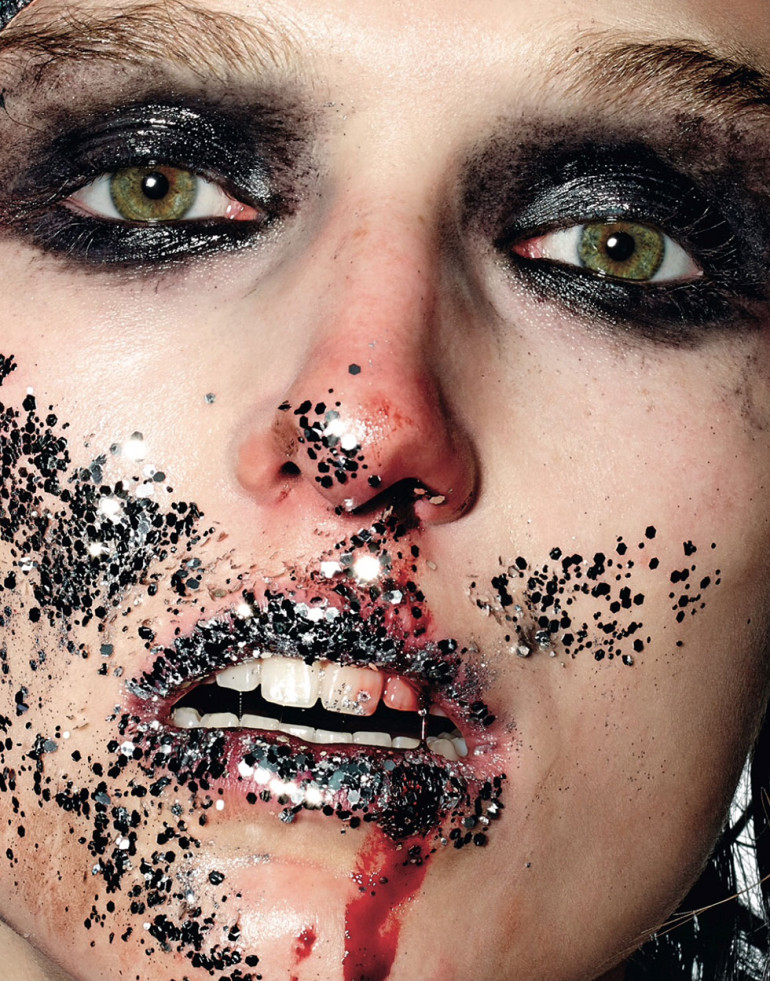 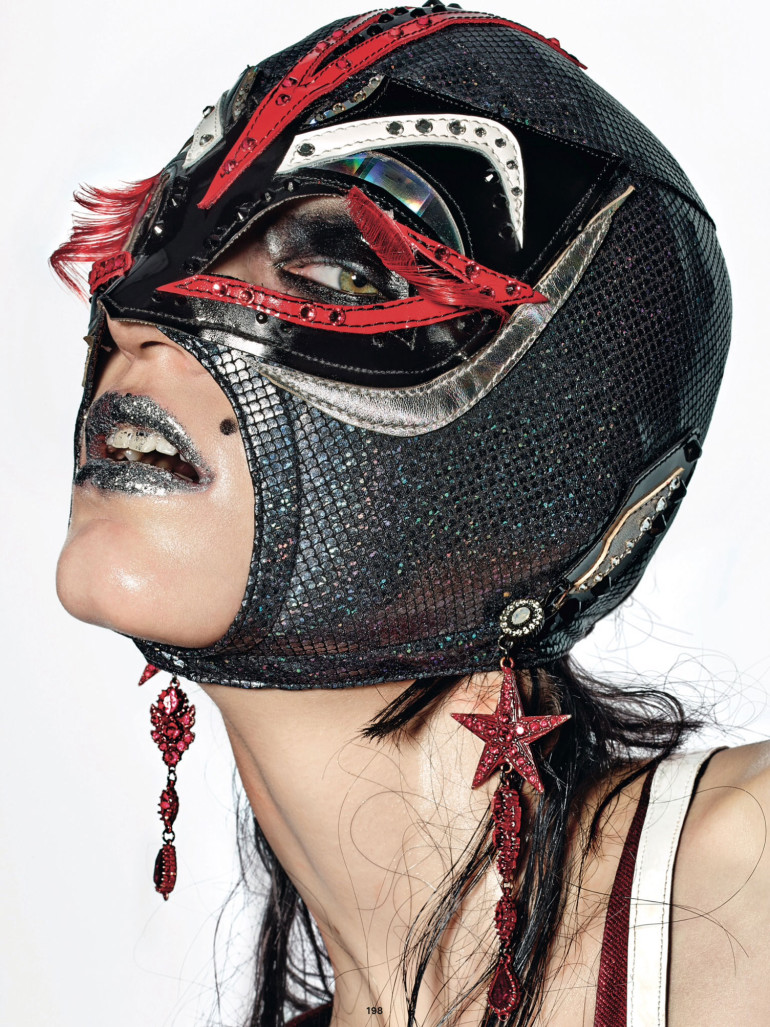 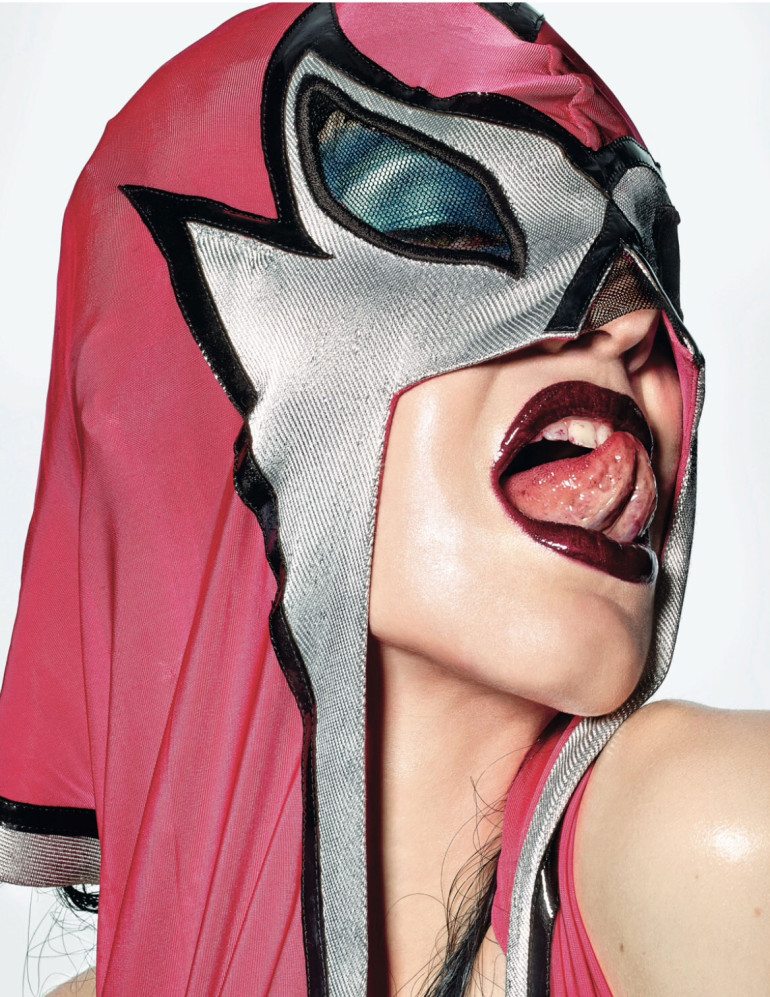 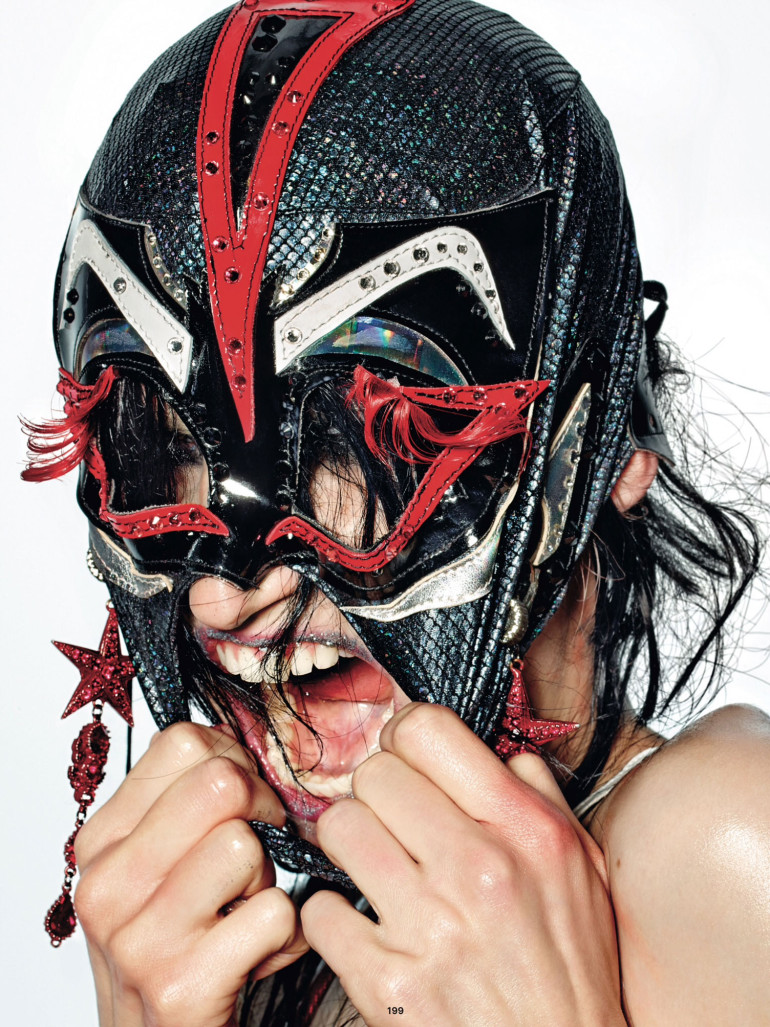 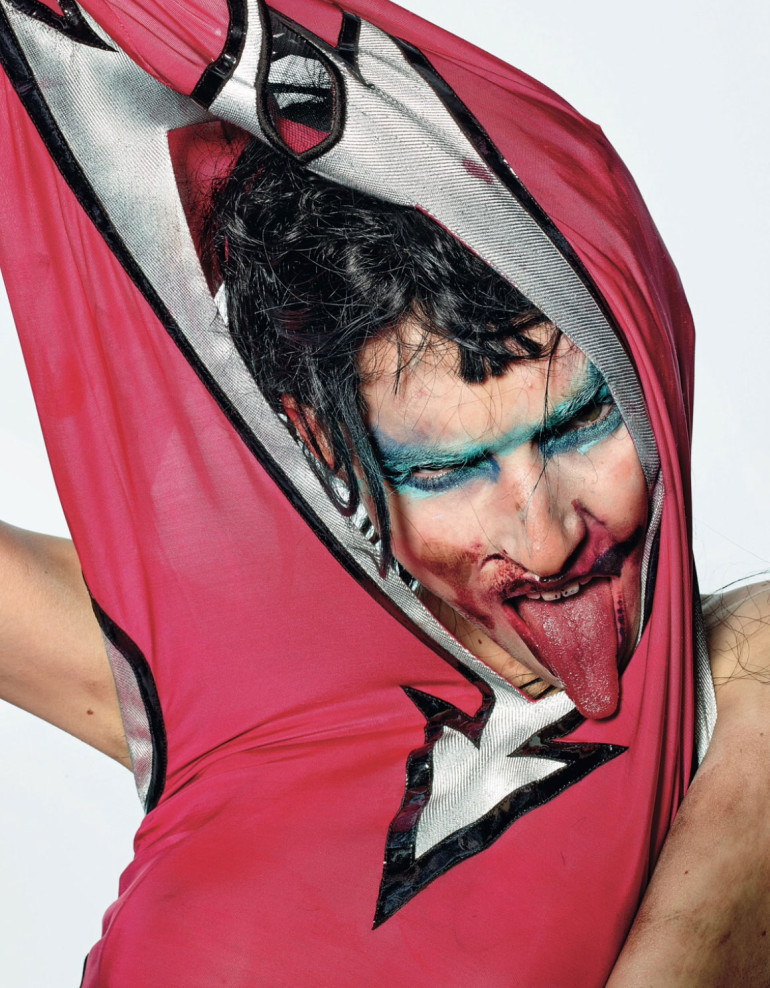