Yumi Lambert captures the essence of conceptual art by Richard Burbridge for 10 Magazine, Spring 2015. Entering the world of Japanese Fashion Designer, Junya Watanabe, this story celebrates the nature of neo-now. Renowned for his revolutionary vision, the Watanabe Way is a majestic form of minimalism. Made to make you think, (Stylist) Sophia Neophitou captures the purity of his vision, with powerful imagery put together like a puzzle. A spectacle of the imagination, to understand his work is to enter into another world. Do you believe in magic? A question you must ask yourself if you are to be a true convert. Each expression gets our attention like a slap delivered slowly across the face. Crafts and cosmetics collide in this dizzying mix of modern makeup. Marla Belt dares to divulge the fact that avant-garde excess is the name of the game. The lure of the lips lead you in with outlines waning past the point of no-return. Phenomenal hats take shape, as Tomi Kono’s head-pieces rise in the air like second hair. Beauty on Blast, these pastels of passion expand with a future that feels like a retro-redo! 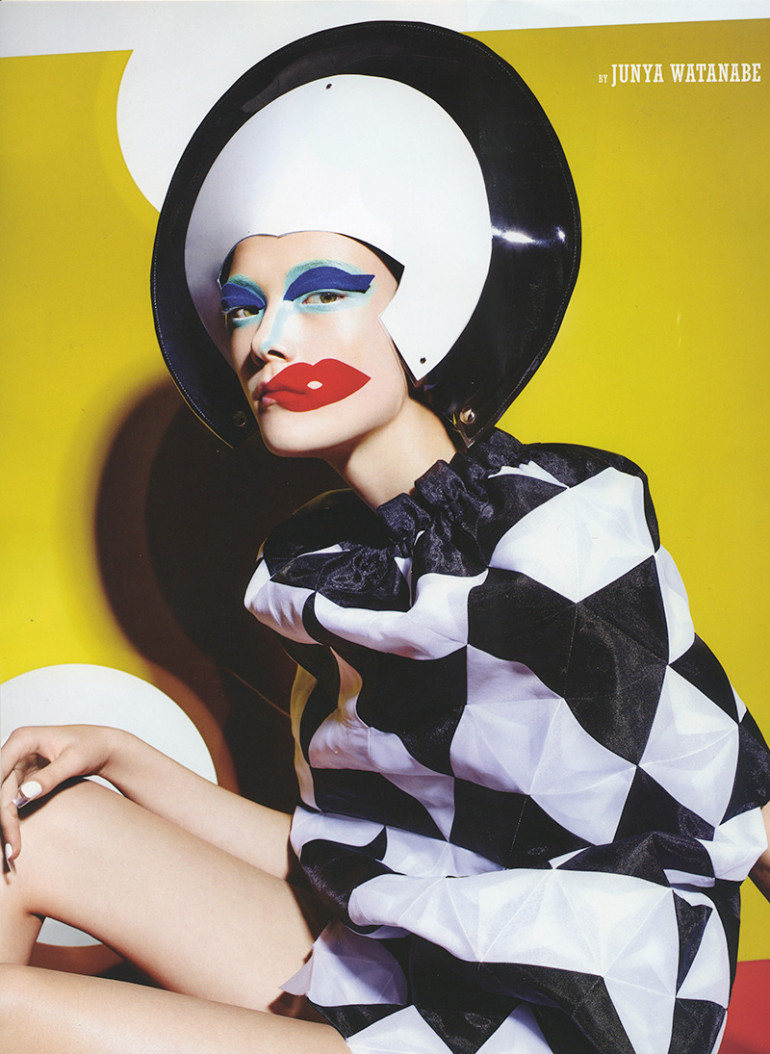 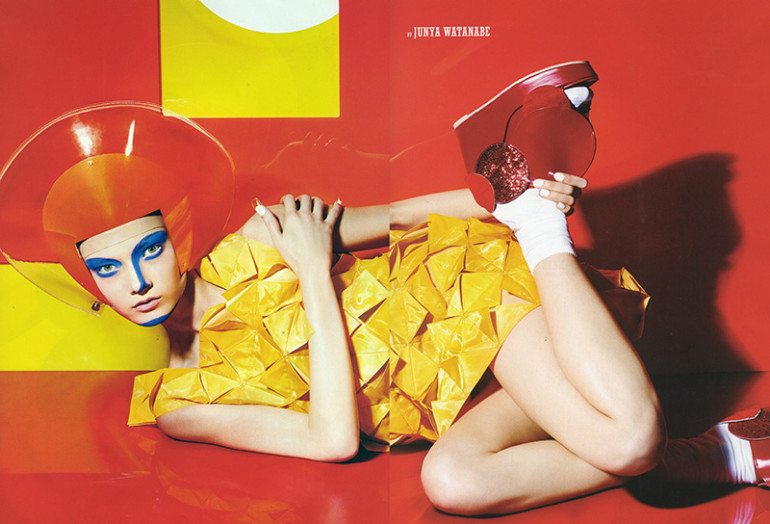 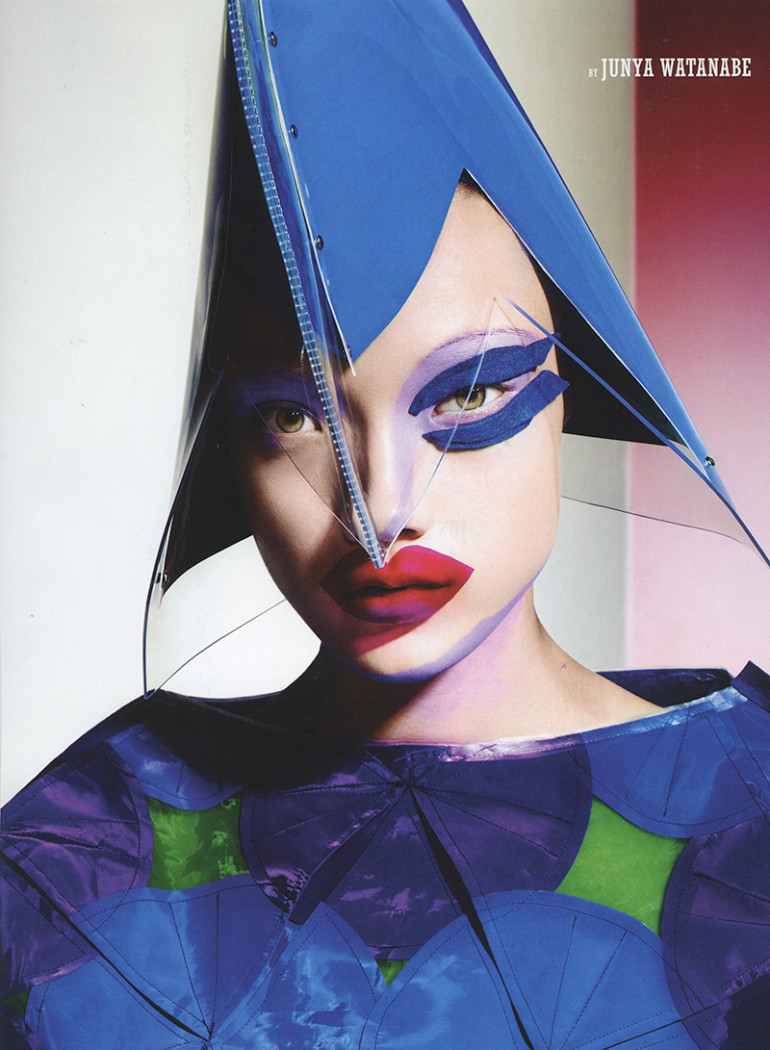 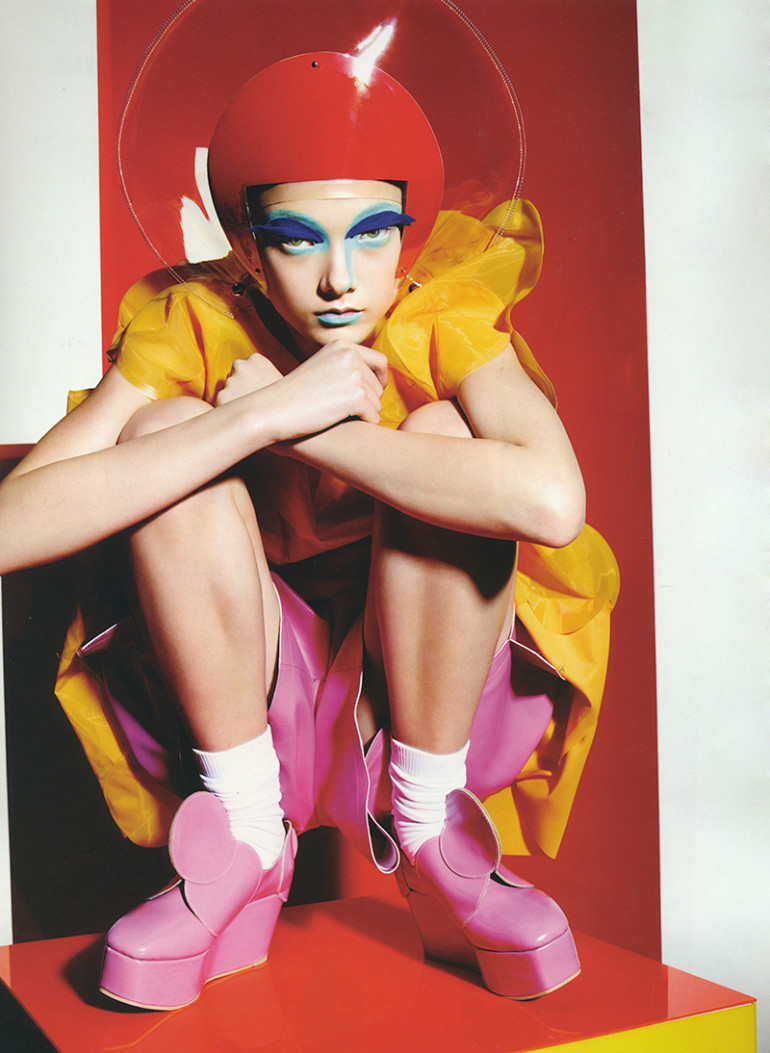 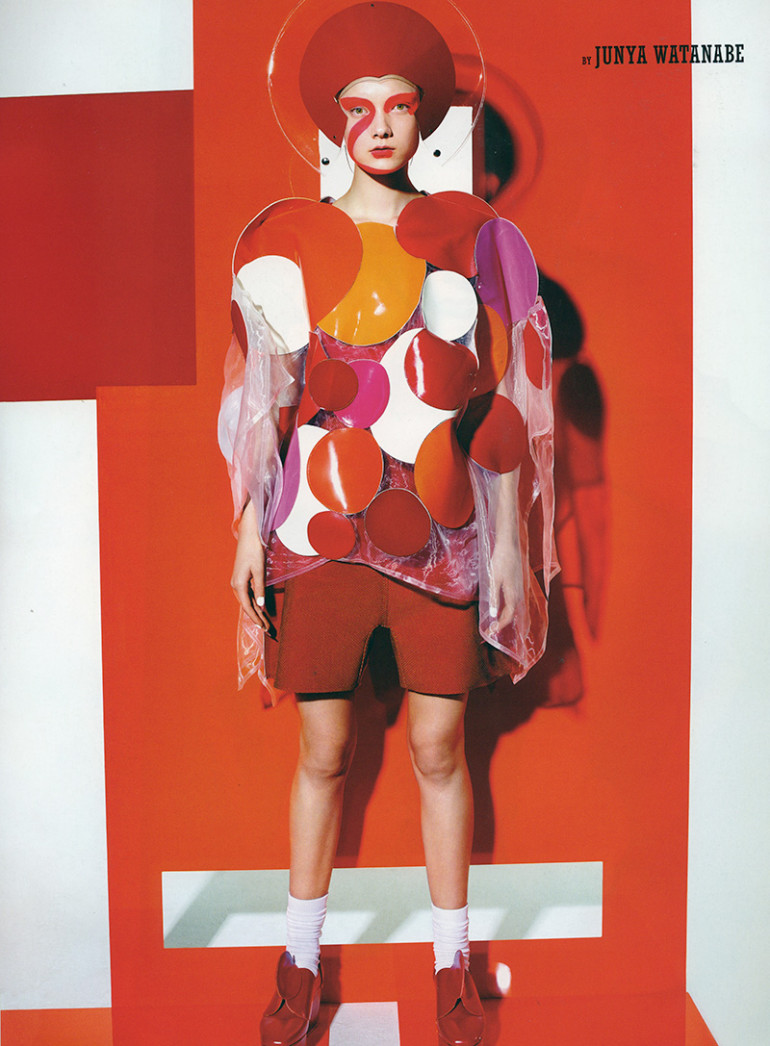 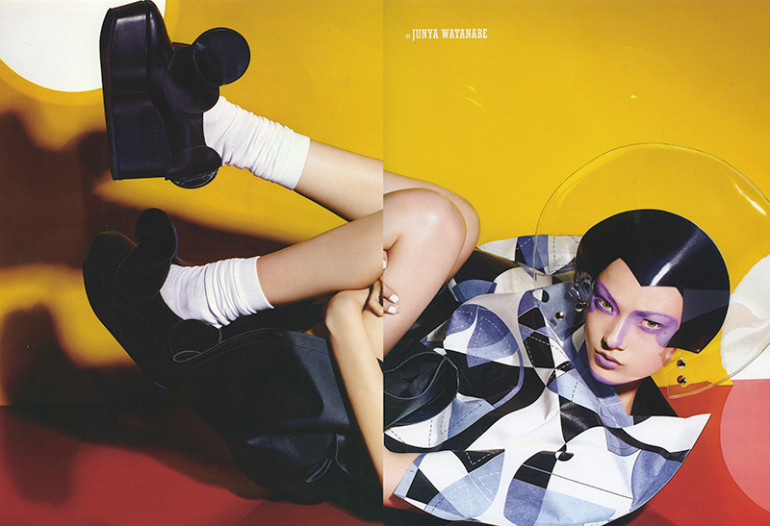 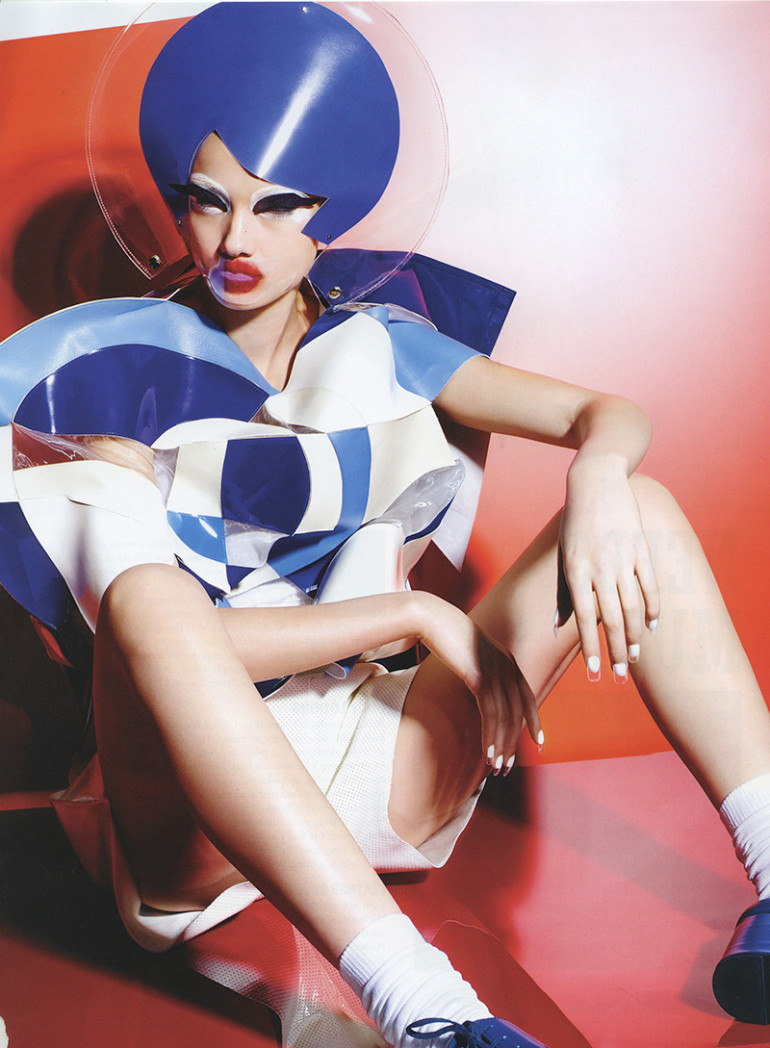 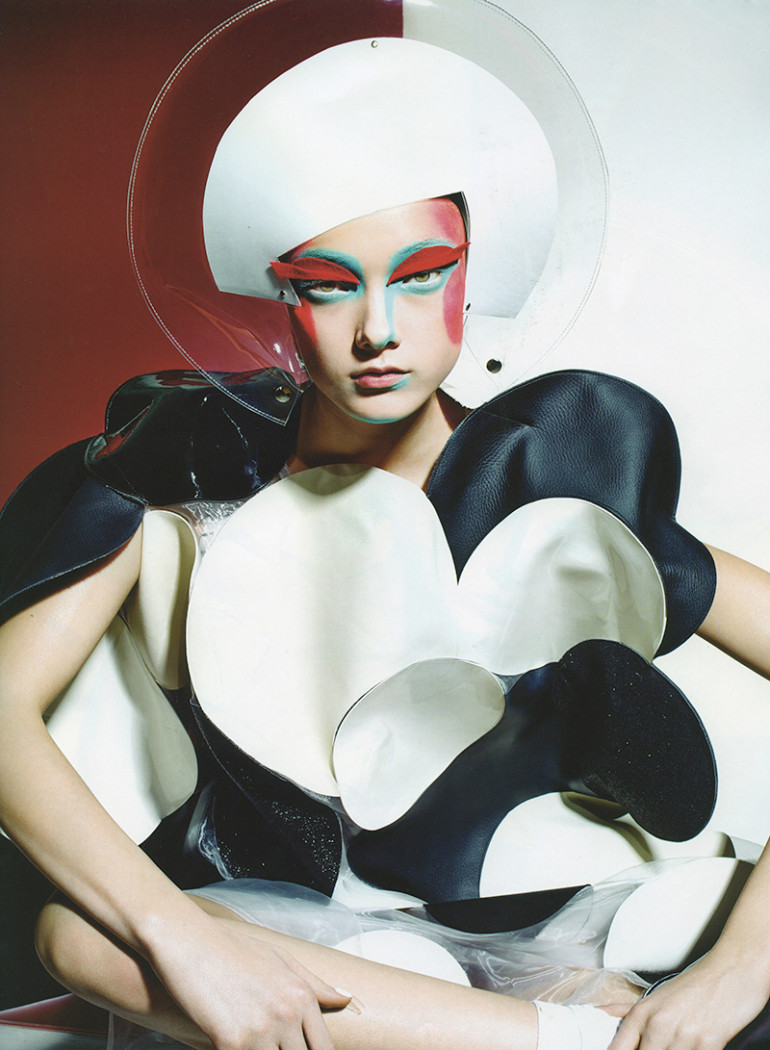 Gaultier Gives a Swan-Song of Sorts