Nastya Sten enters an exotic world of the unknown by Txema Yeste for Numéro China, June/July 2015. Energy bursts through the page as Yeste invites us to explore the secrets of China. A tale of two-sides, Nastya steps into a multi-dimensional role as she dares to reinvent herself. Stylist, Tim Lim, embraces the culture of couture with one-of-a-kind pieces that project power. Primary colors pop off the page with refractory lights that dare to defy. Each piece portrayed with passion. From gold/patent leather to a burlap blanket and see-thru plastic, the art of excess explodes. Gathering unique images in a foreign place is like catching a shooting star. Beauty breaks free as Victor Alvarez solicits us to picture makeup in an open forum. Re-calibrated cosmetics capture our imagination with combinations that fly. Crimson shadow lurks up one eye as a thin, dark line balances the brow on the opposite side. Modernity is made from wires framing the face & crystals covering the skin. Dueling colors finish with a bang as a flaming heart pierces the mouth. Hairstylist, Nicolas Jurnjack, mimics the neo-foliage by creating sculpted styles that speak. As wild braids scream out of the scalp, sticking straight up in a sea of strange. Falling into the avant-garde abyss each image invites a theme of the extreme. Designs set forth a decadence of display as sun bleeds through the windows & haute heat burns through the page. 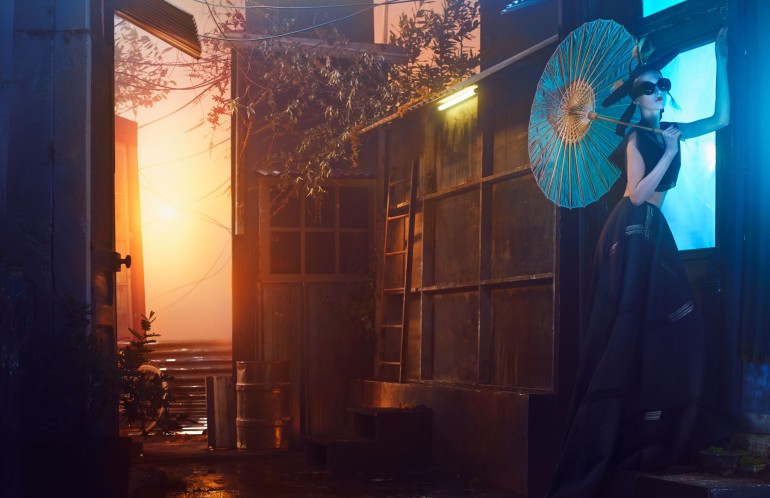 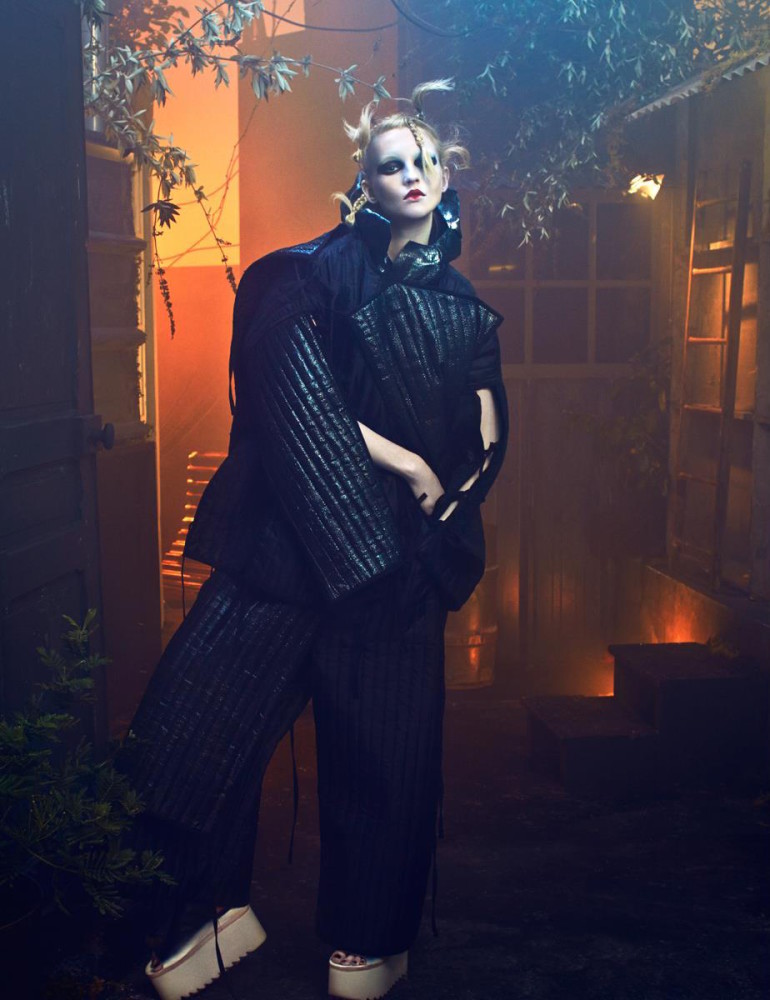 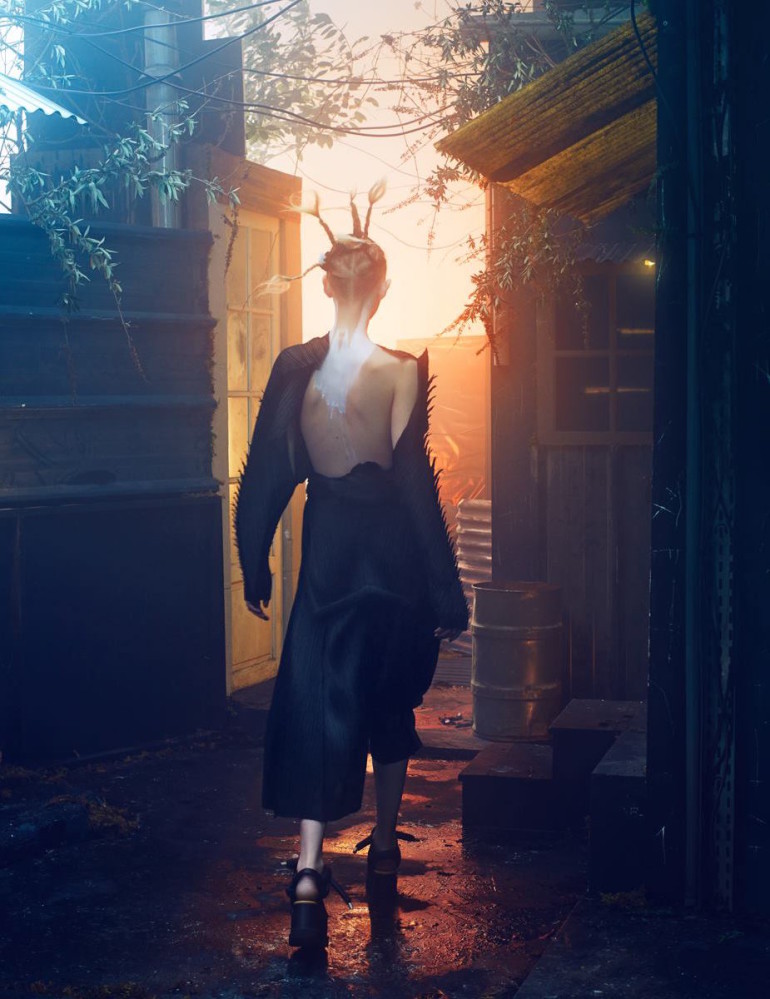 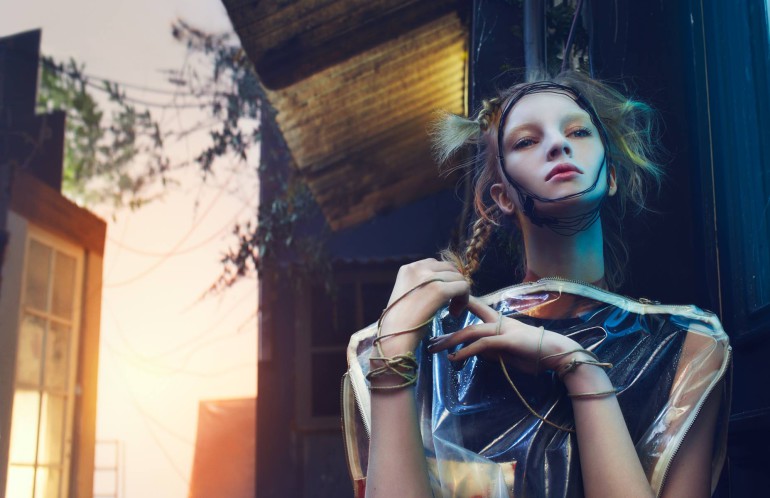 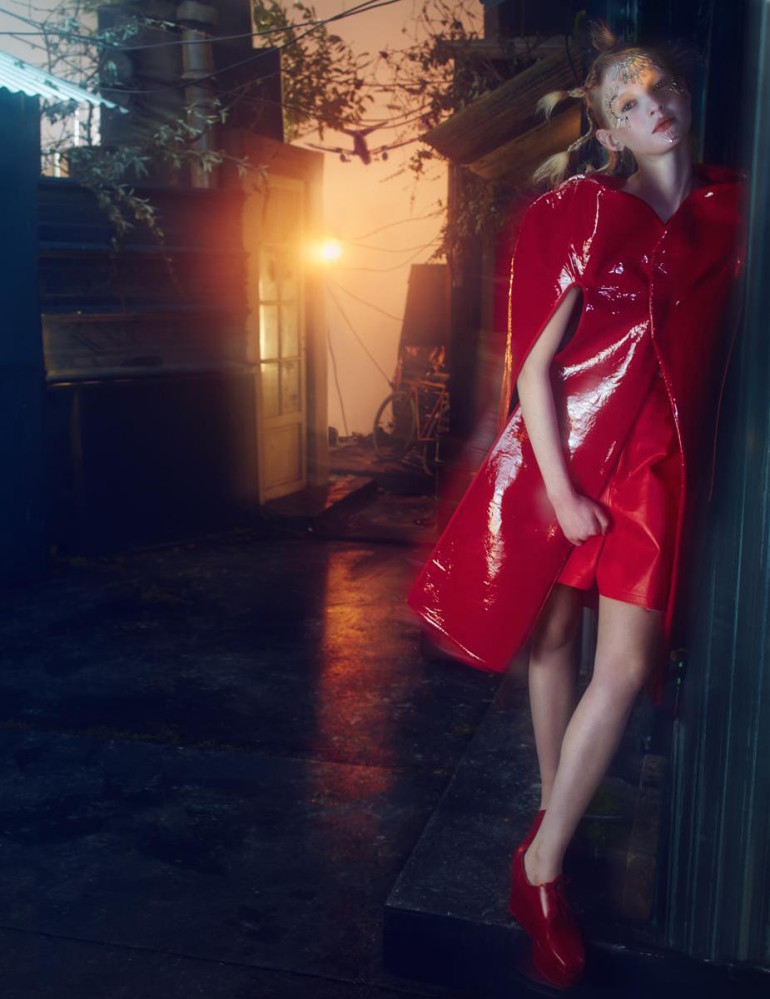 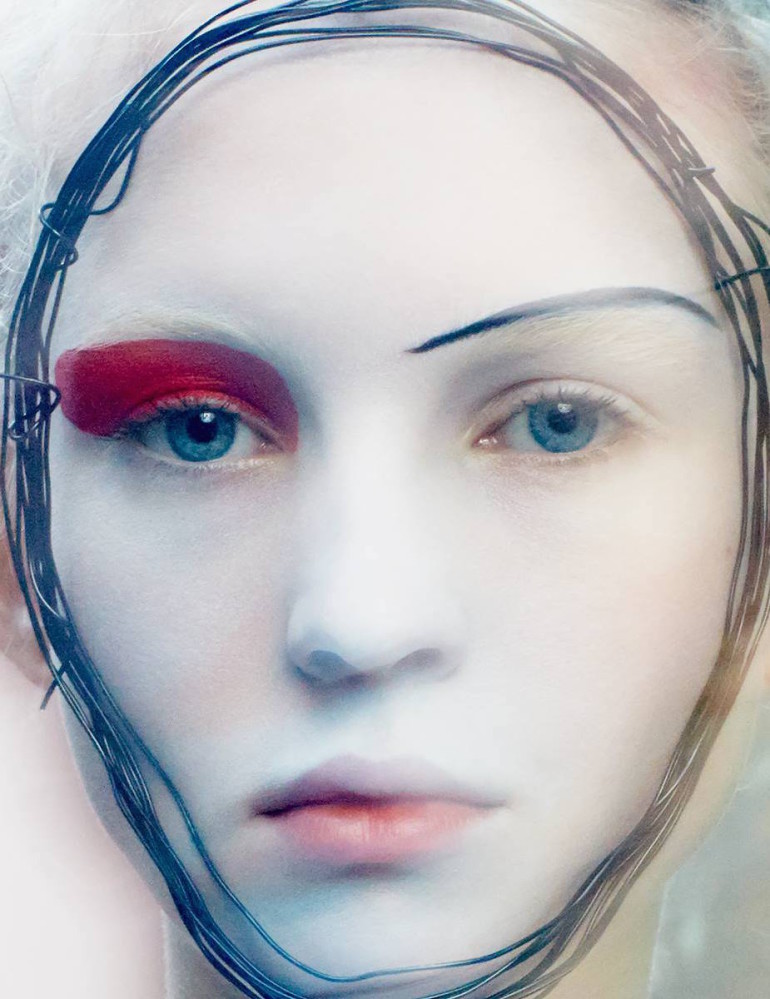 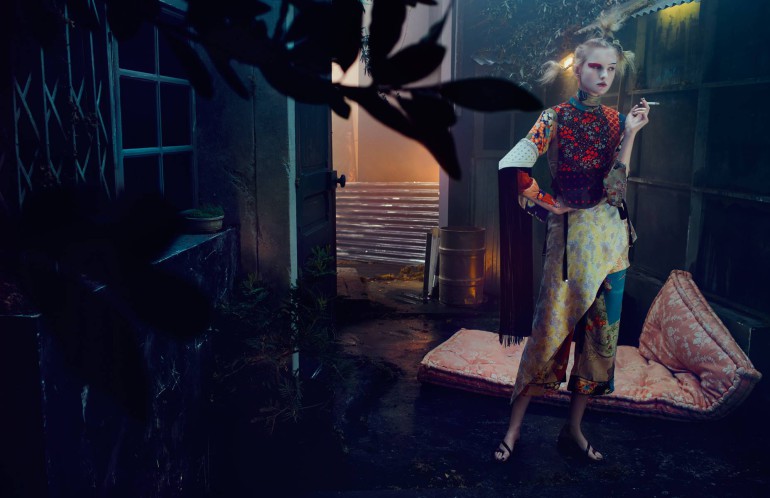 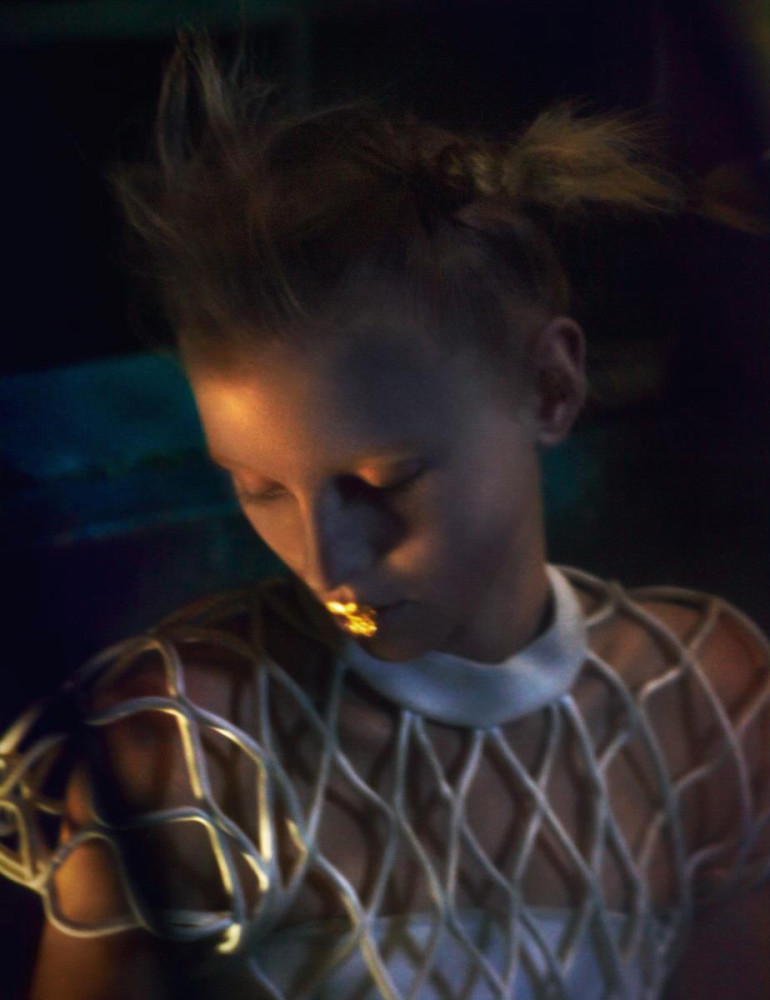 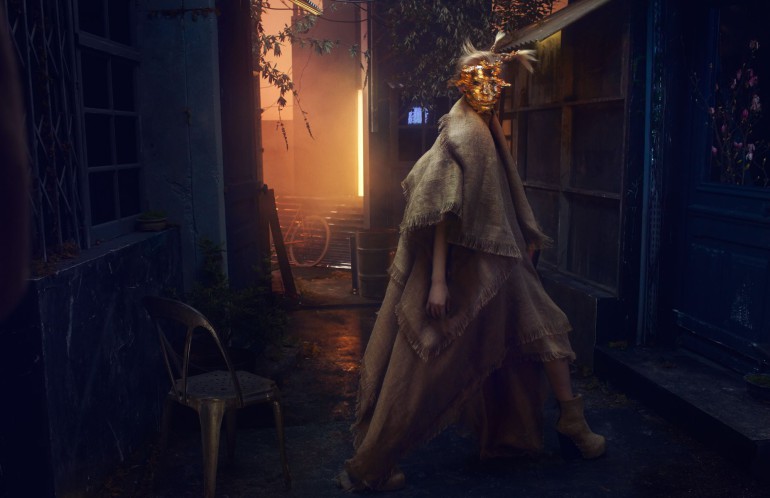 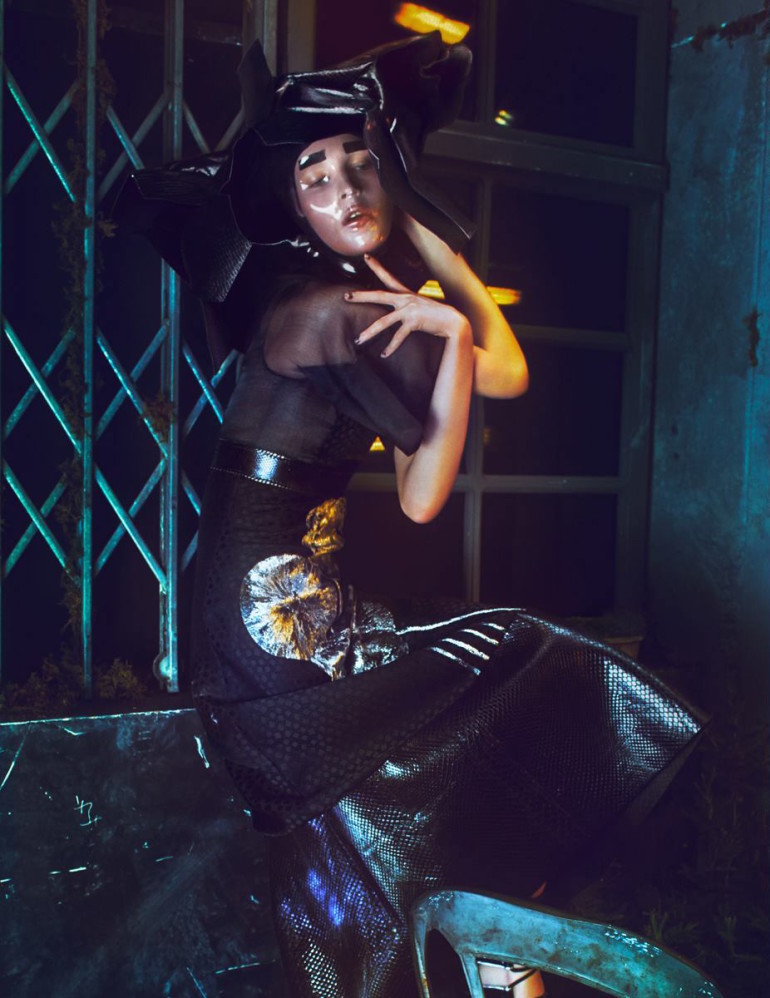 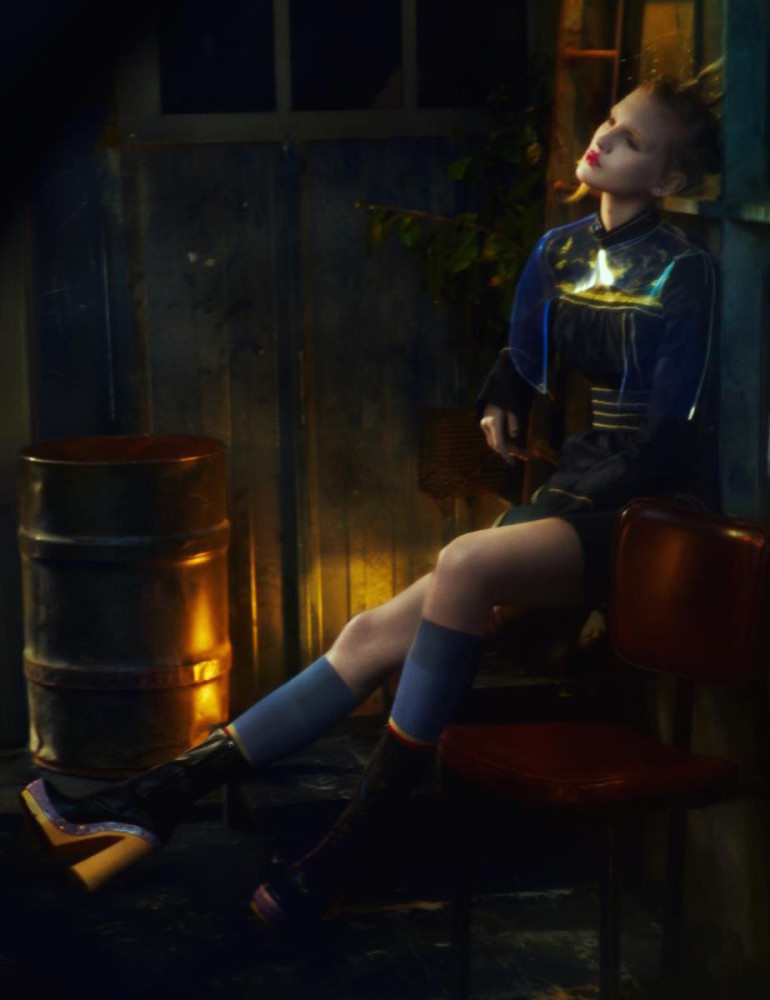 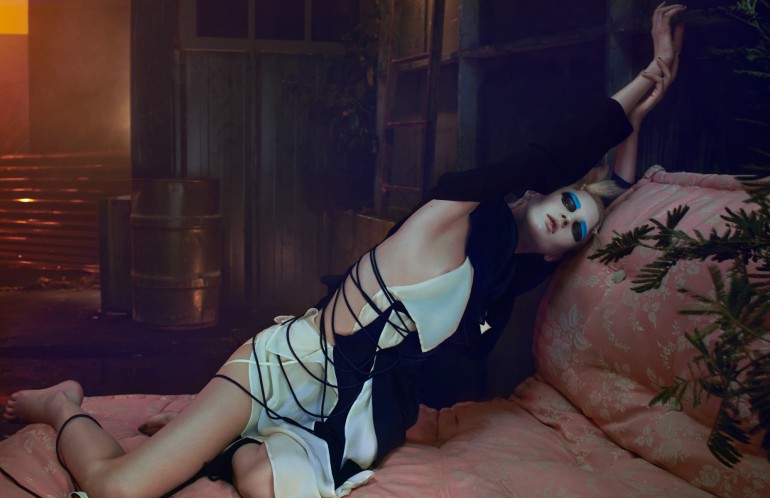 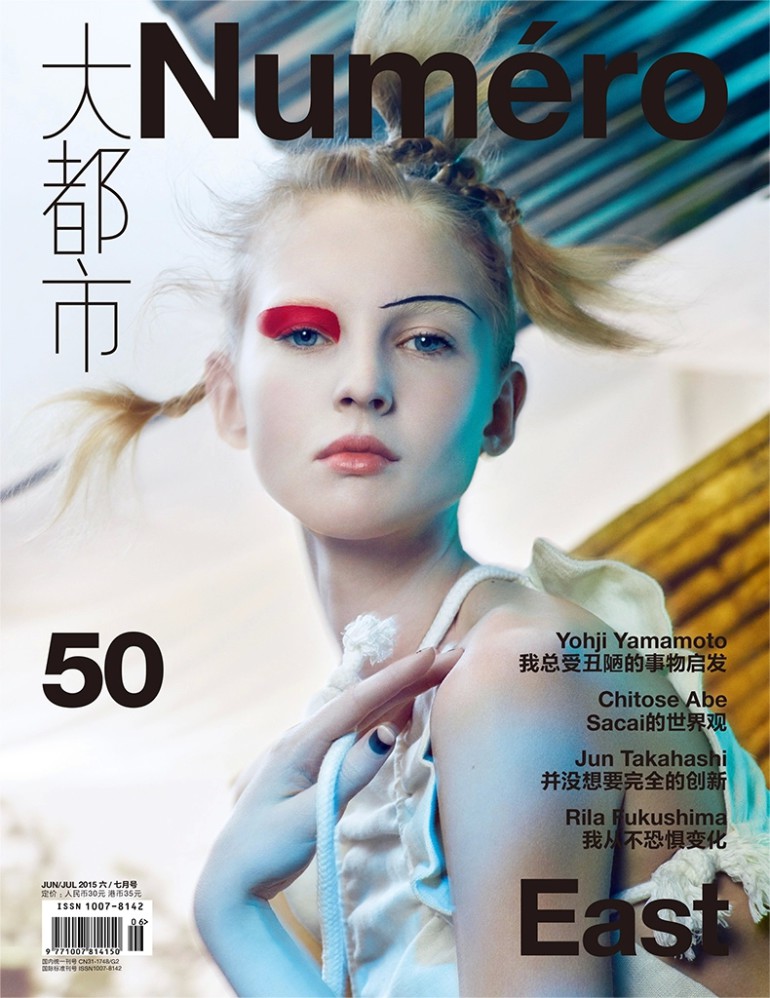 Nastya Sten Wears a Masque of Many Colors in Russh

Natasa Vojnovic Lures Us Into the Light