Nimue Smit in ‘One Route’ by Marc de Groot for Vogue Netherlands, July/August 2015

Nimue Smit settles into the ocean aire on the isle of Aruba in ‘One Route’ by Marc de Groot for Vogue Netherlands. Scintillating shots ooze with the surroundings as Smit becomes one with nature. Far-out designs reflect the past while still daring to move ahead. The ferocity of 70’s inspired fashion erupts with dynamic fabrics that embrace the outdoors. Prancing like a jungle cat, the power of wild prints pounce with shapes that sizzle. Belle-bottomed pants never looked so chic with long, lean legs that lead the way. Stylist, Marije Goekoop, goes from a blocked chiffon kaftan & rich organza shift dress, to zebra striped lounge-wear. Resort wear reminds us of another era in looks by Blumarine, Calvin Klein Chanel, Chloé, Dolce & Gabbana, Emilio Pucci, Lanvin, La Perla, Louis Vuitton, Mathew Williamson, Missoni, Moschino, Prada, Roberto Cavalli, Saint Laurent & Victor & Rolf. Defining the decade, (Hair/Makeup) Irena Ruben pays homage to the past while still looking ahead. Earthy colors liven the eyes with a sultry brown that settles on the lids. While lips lure us in with lusciousness that go from a peachy pout to a rousing red. The sun beats down on the body as the skin is bronzed with a golden hue. Waves of Summer role in while the hair is tinged with tips of blonde. Camouflaged in creation, Nimue embraces the lure of the land with colors that captures the art of the Caribbean. 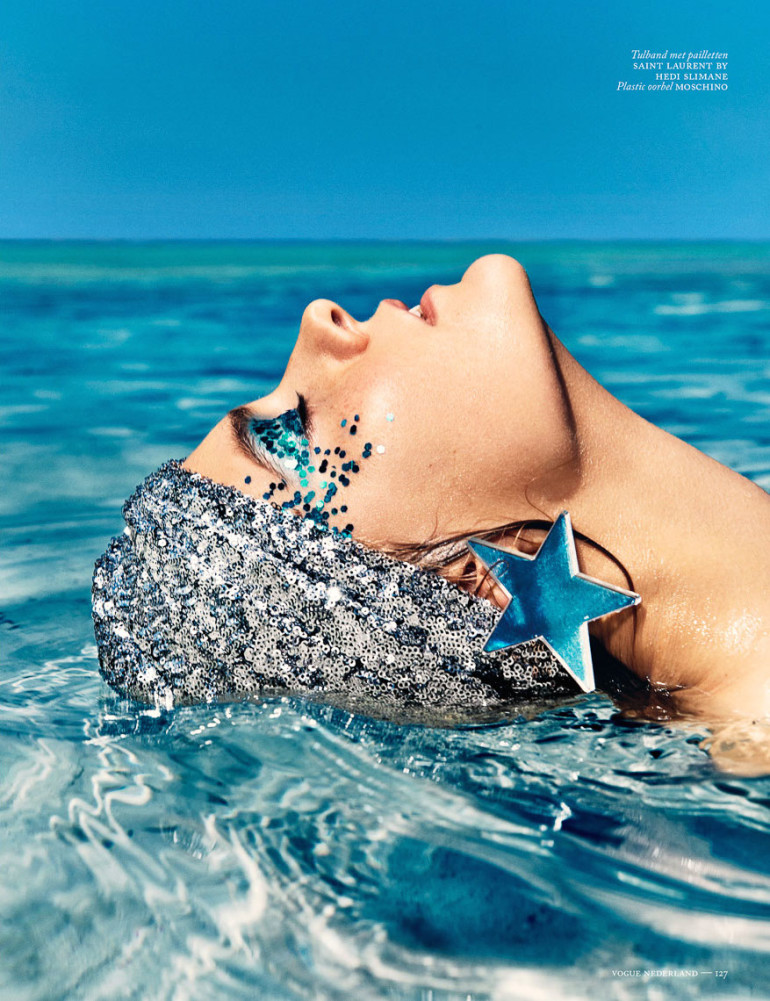 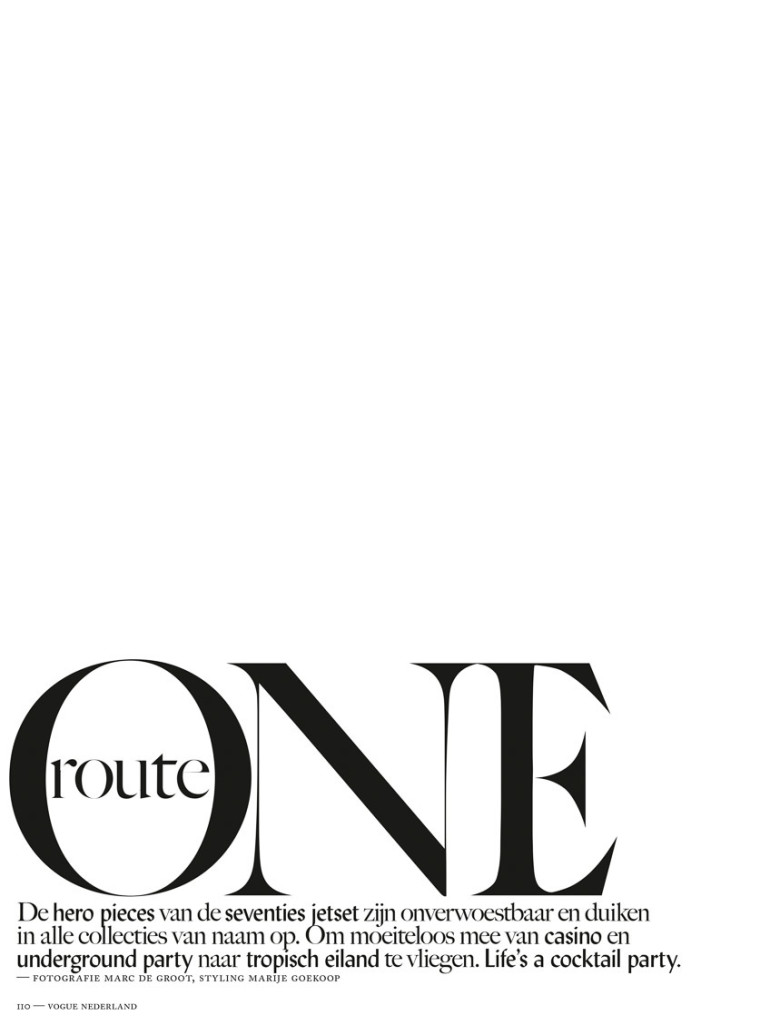 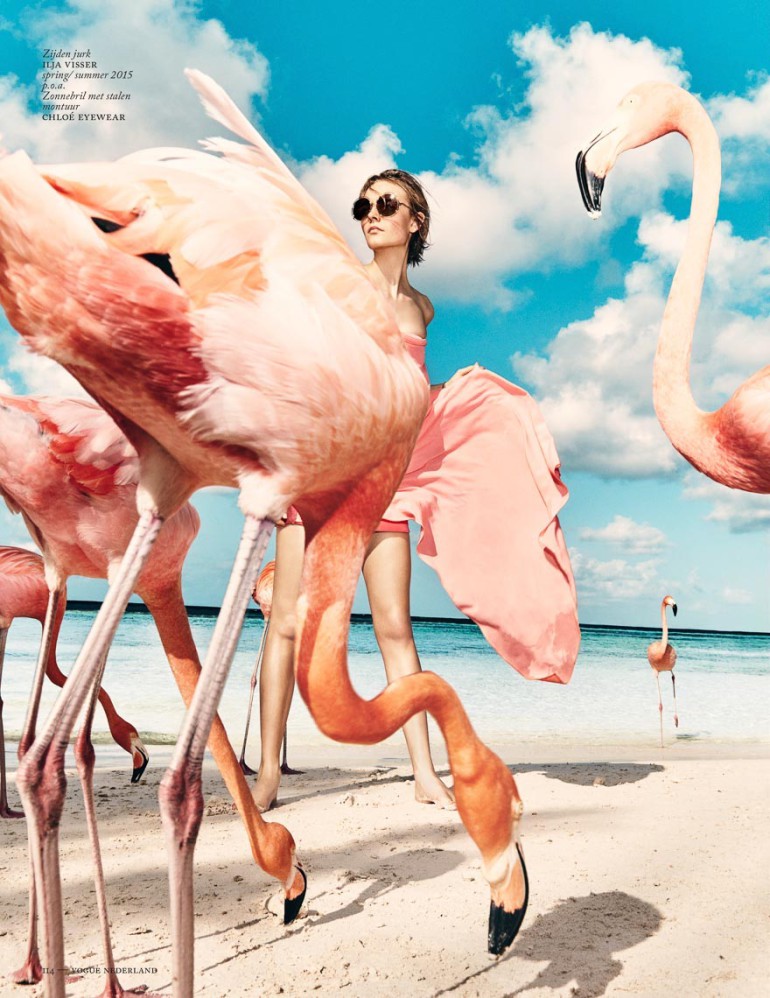 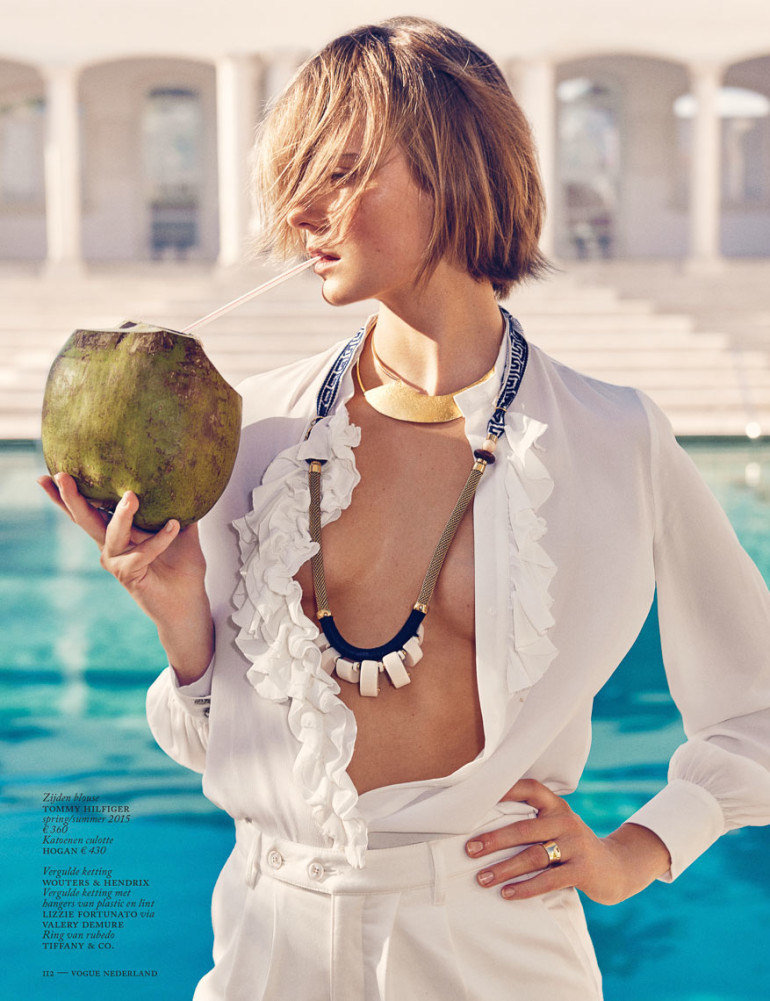 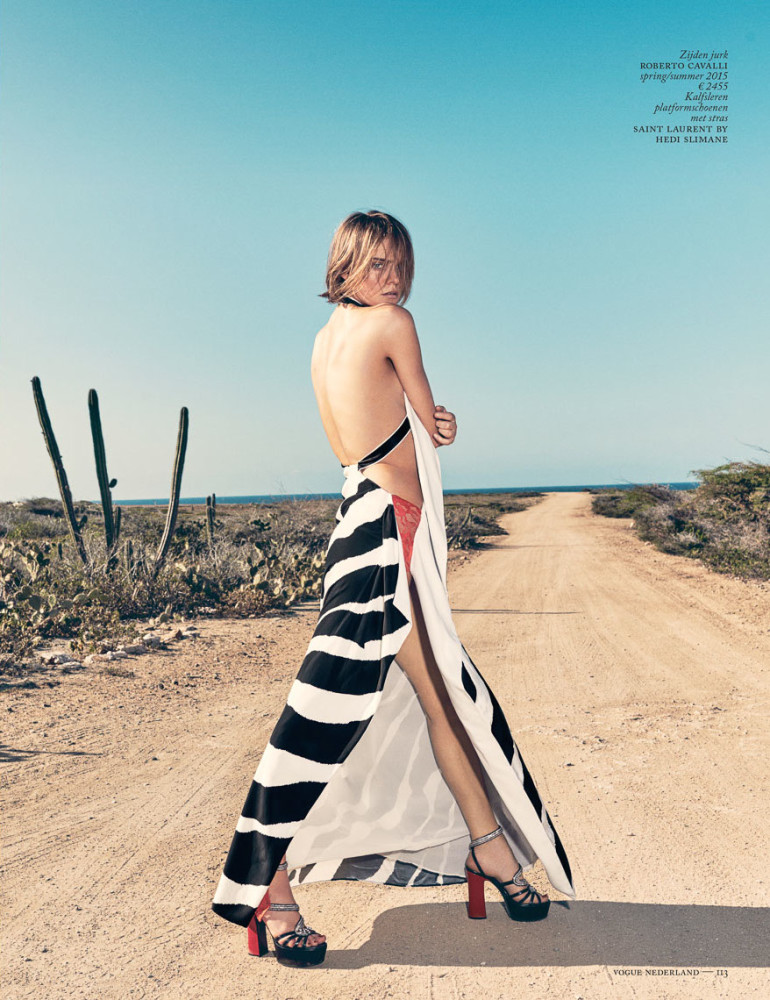 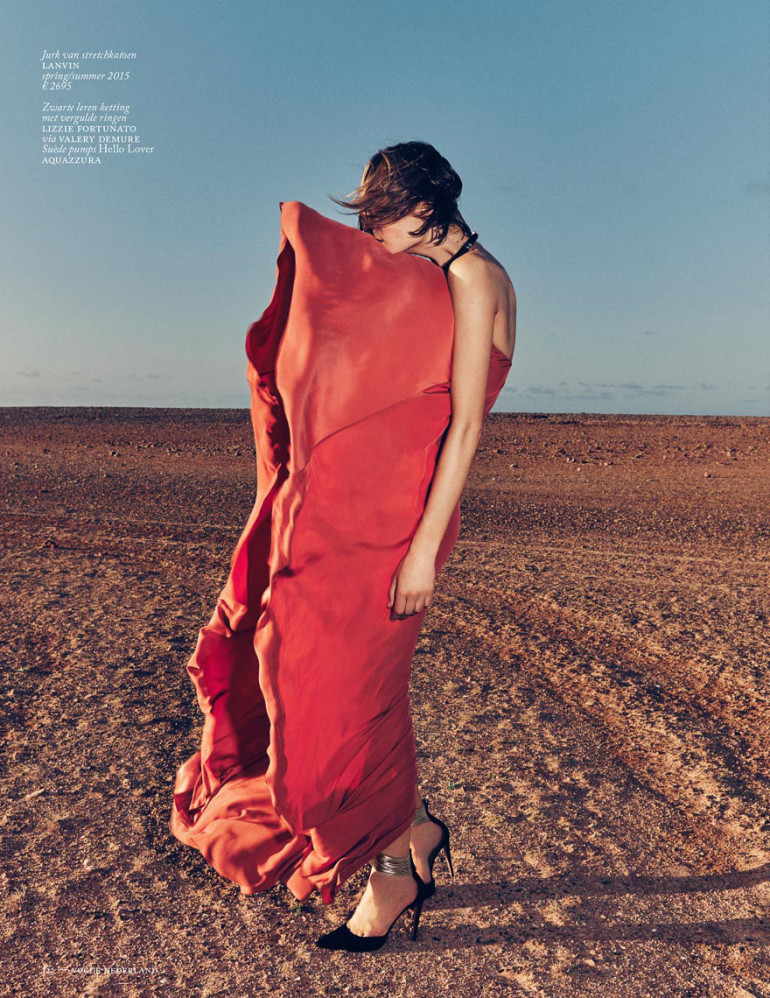 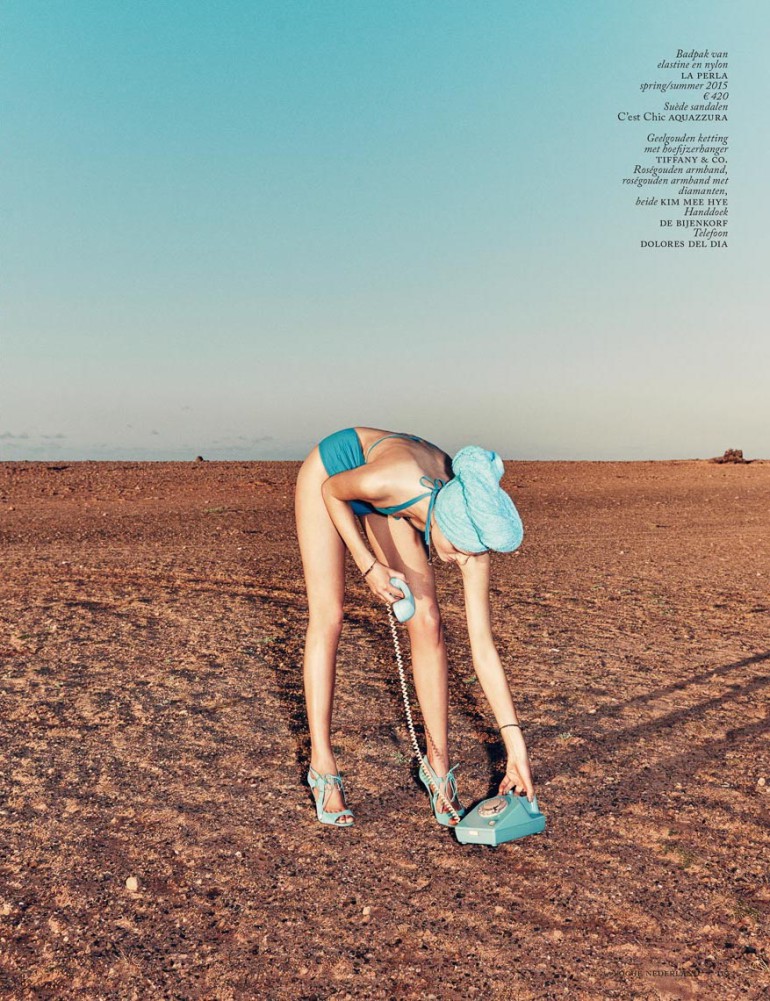 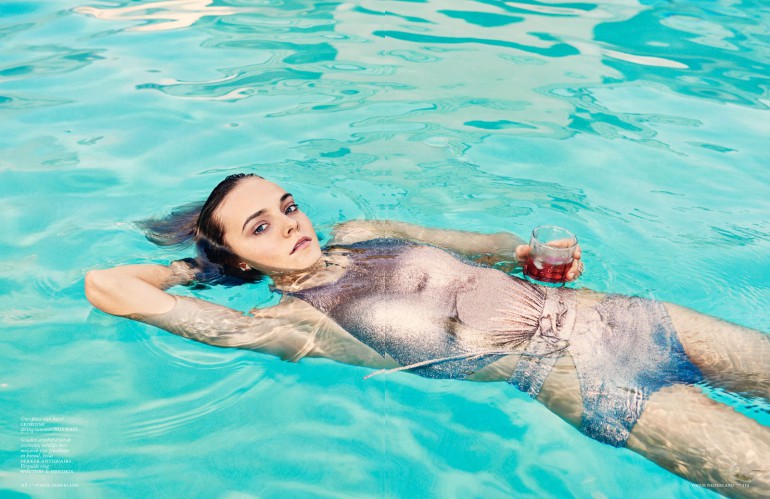 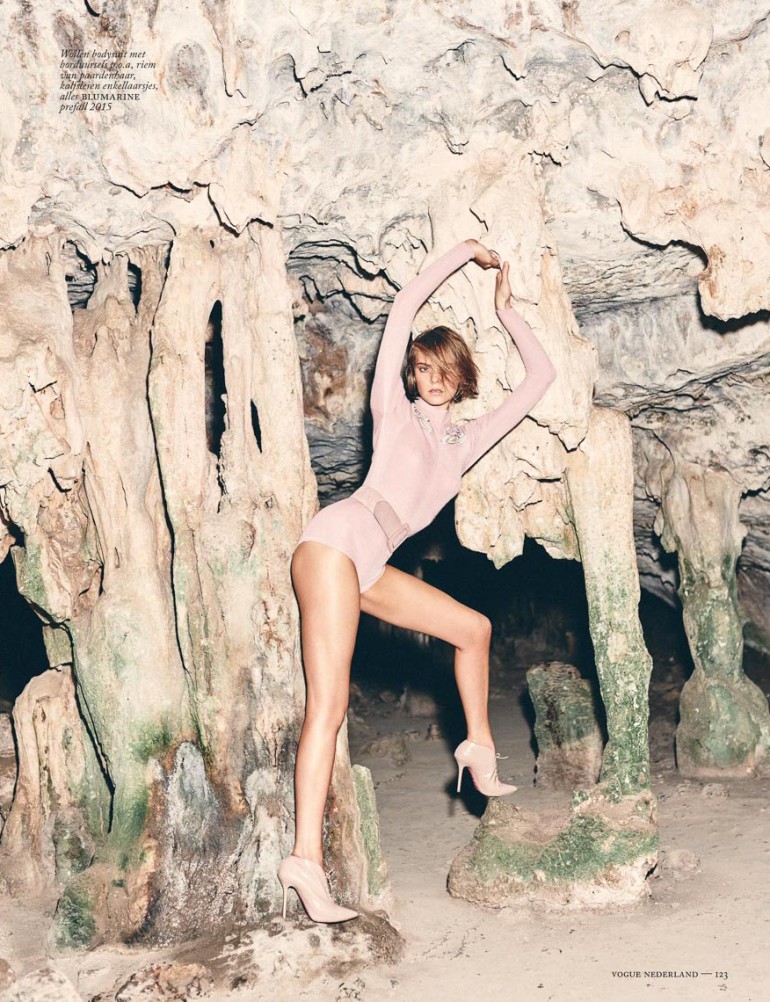 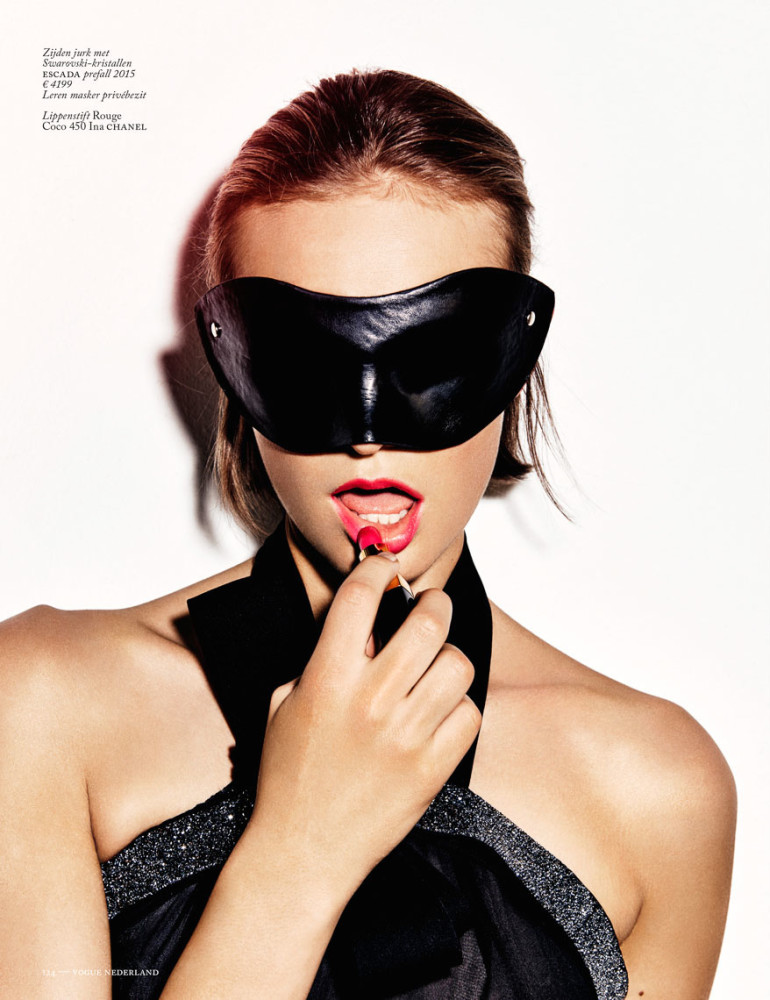 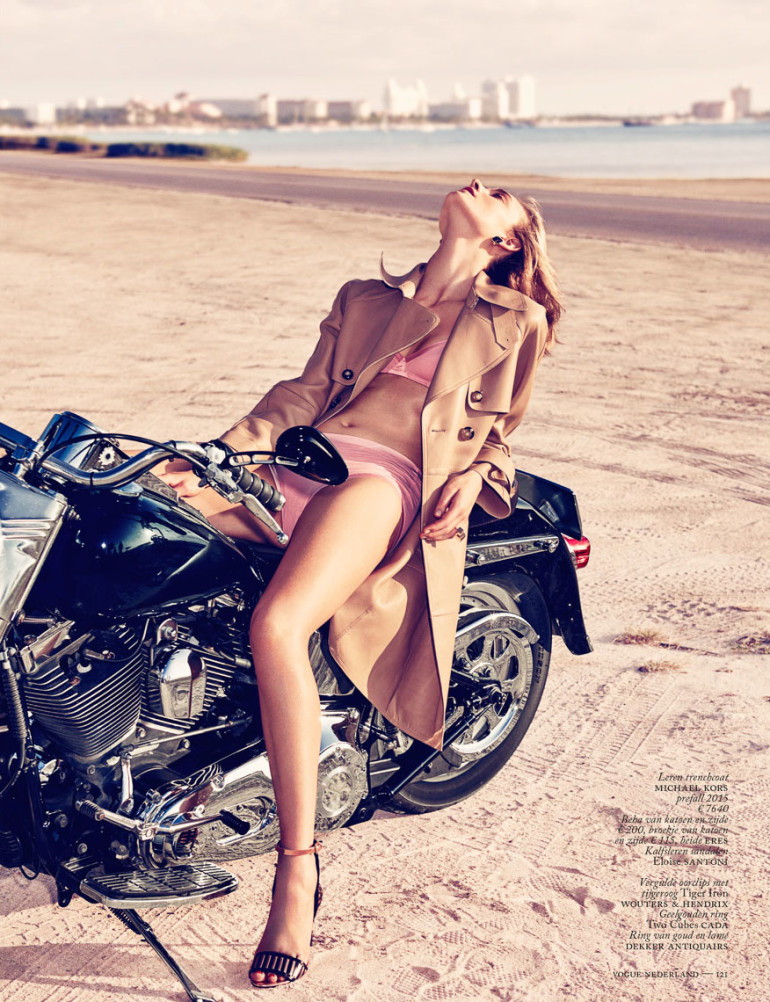 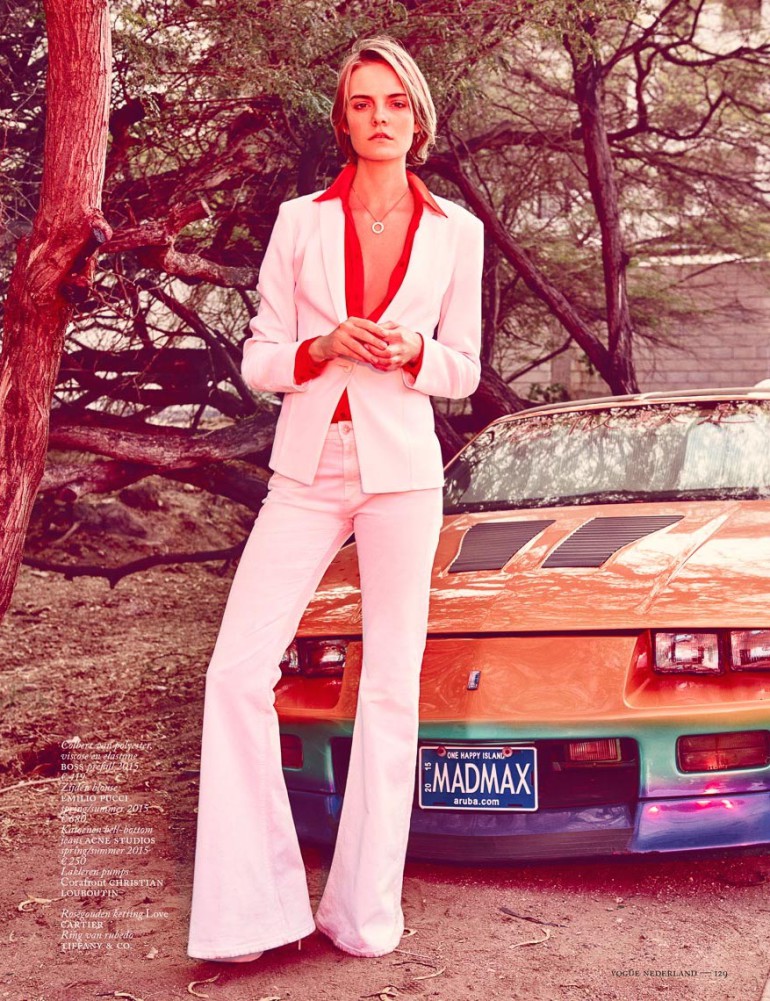 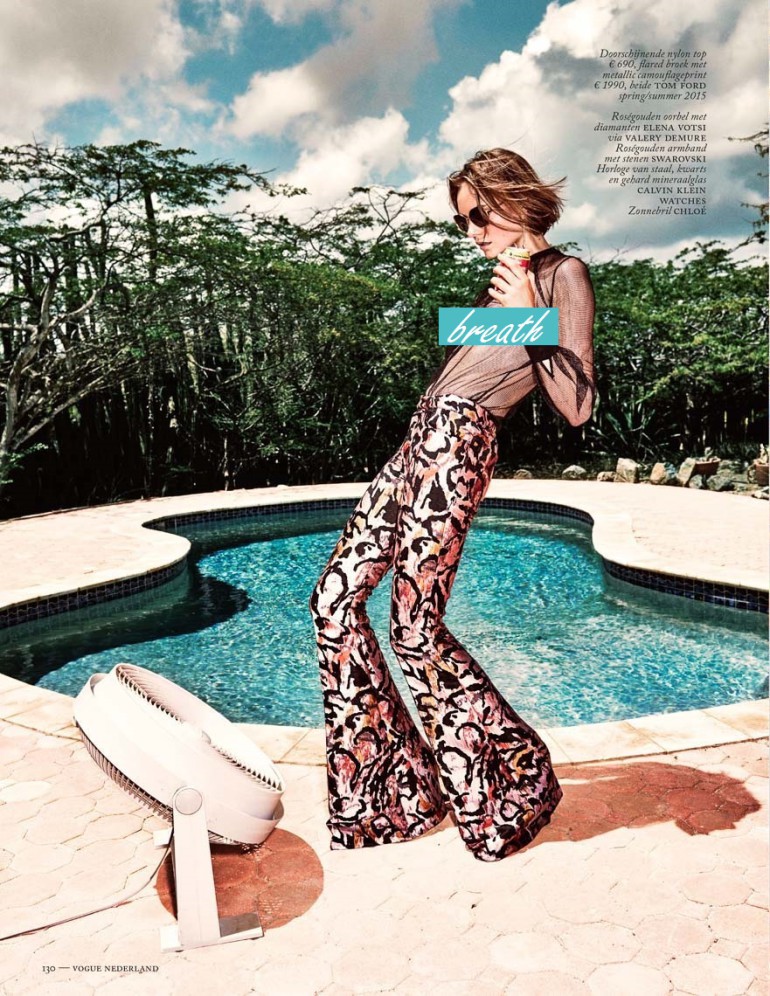 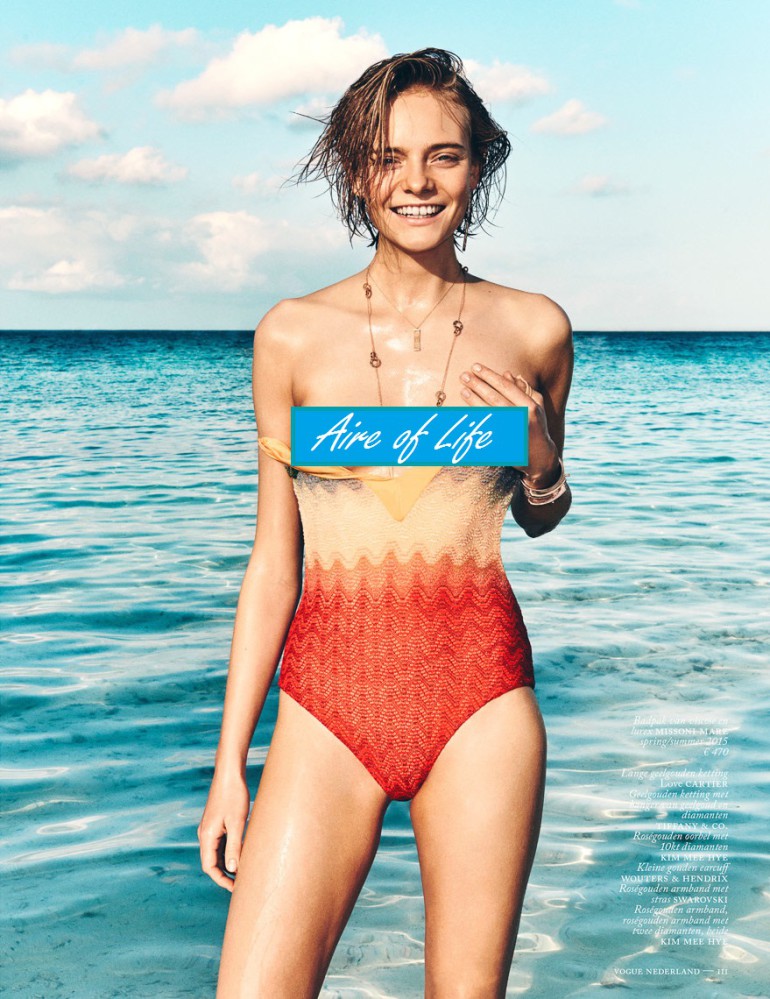 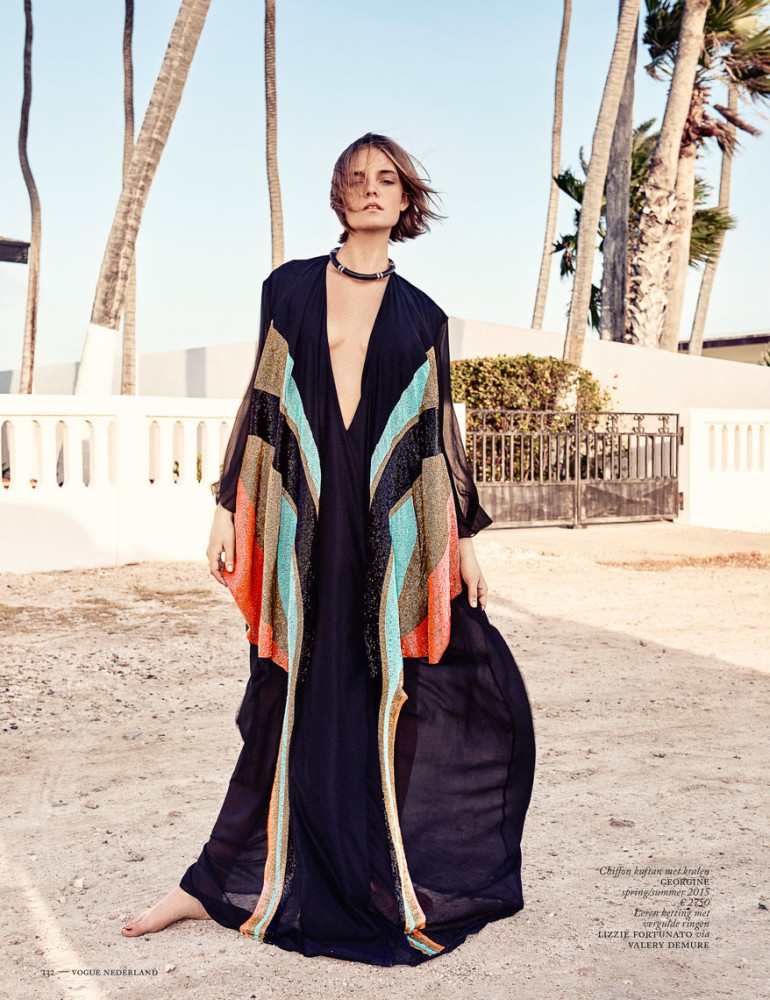 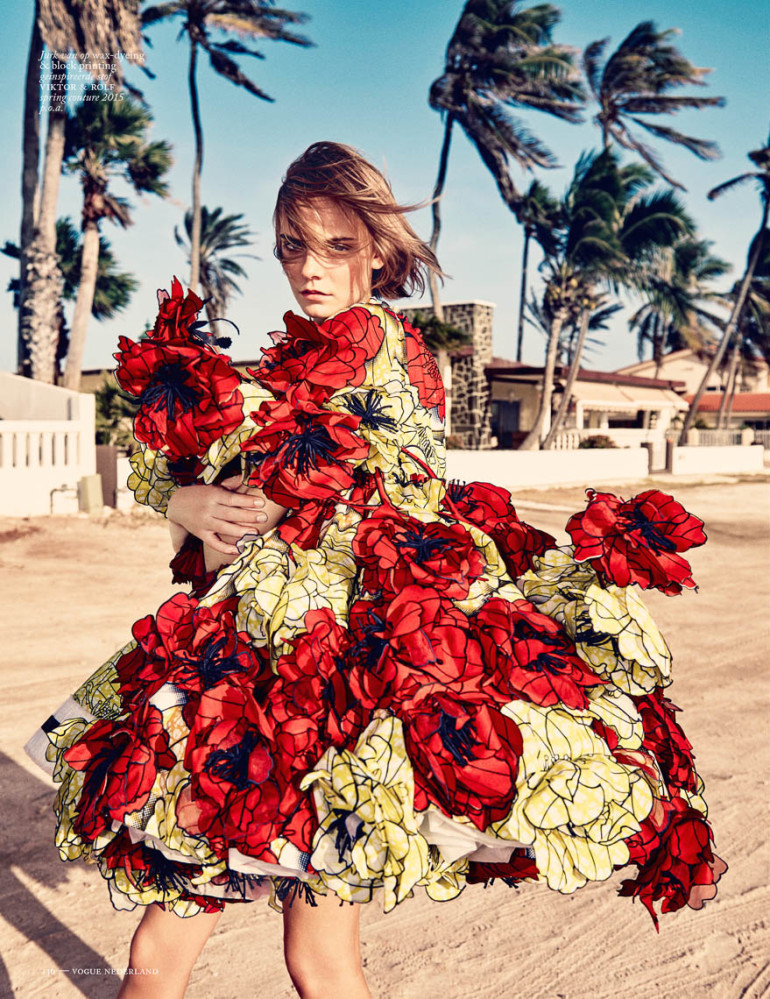 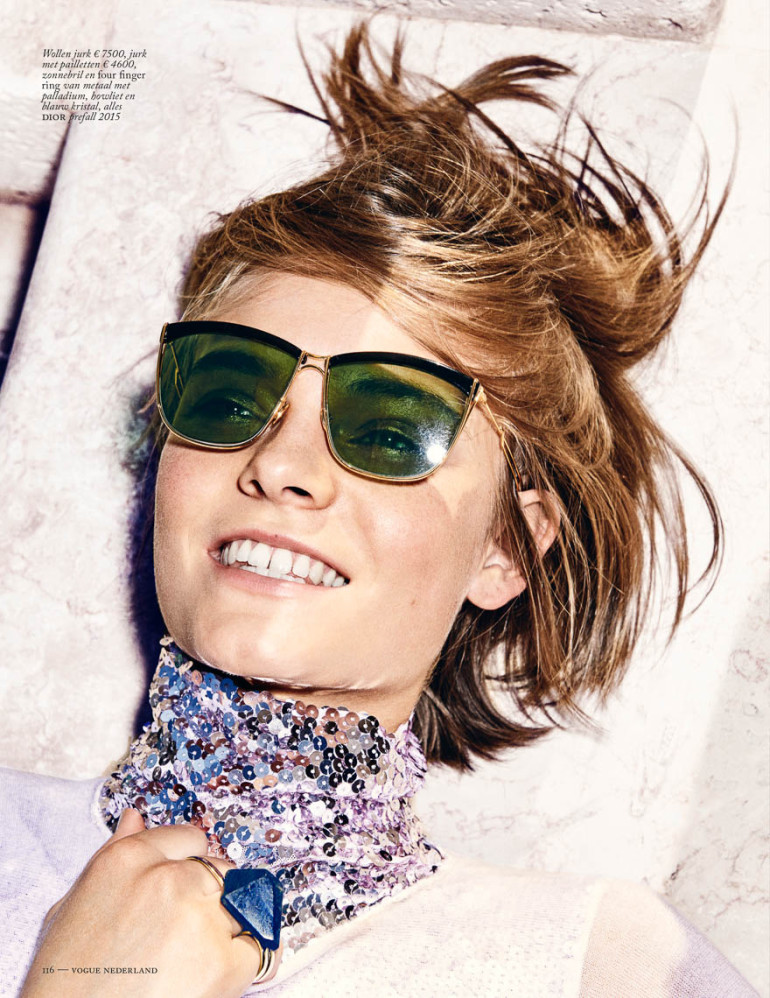 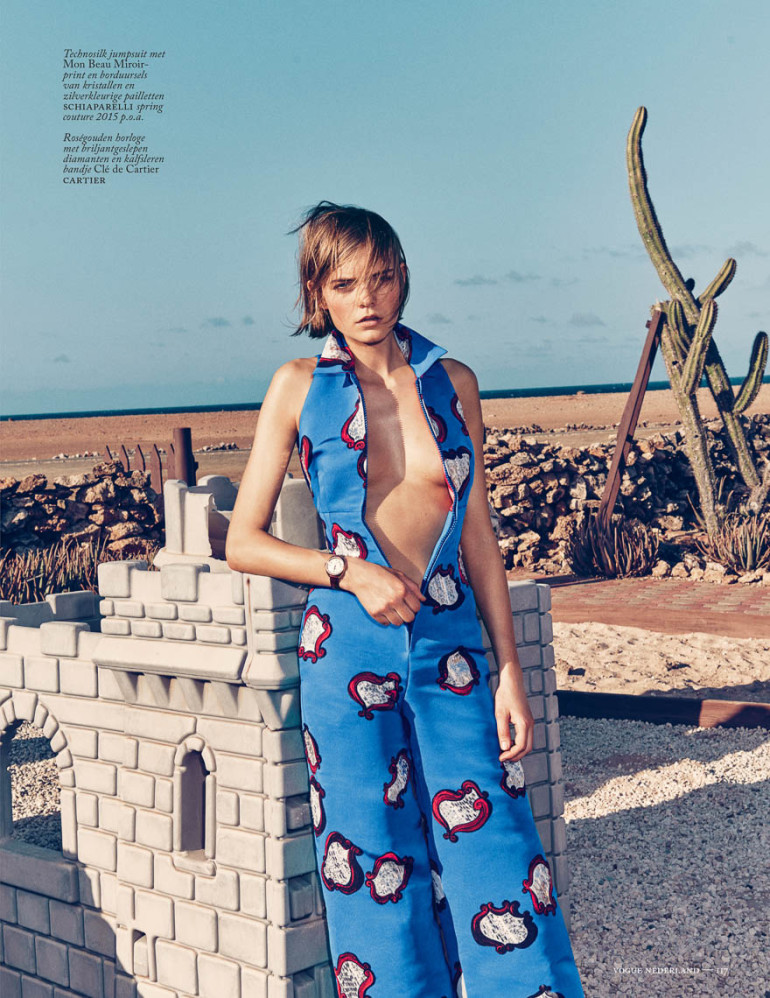 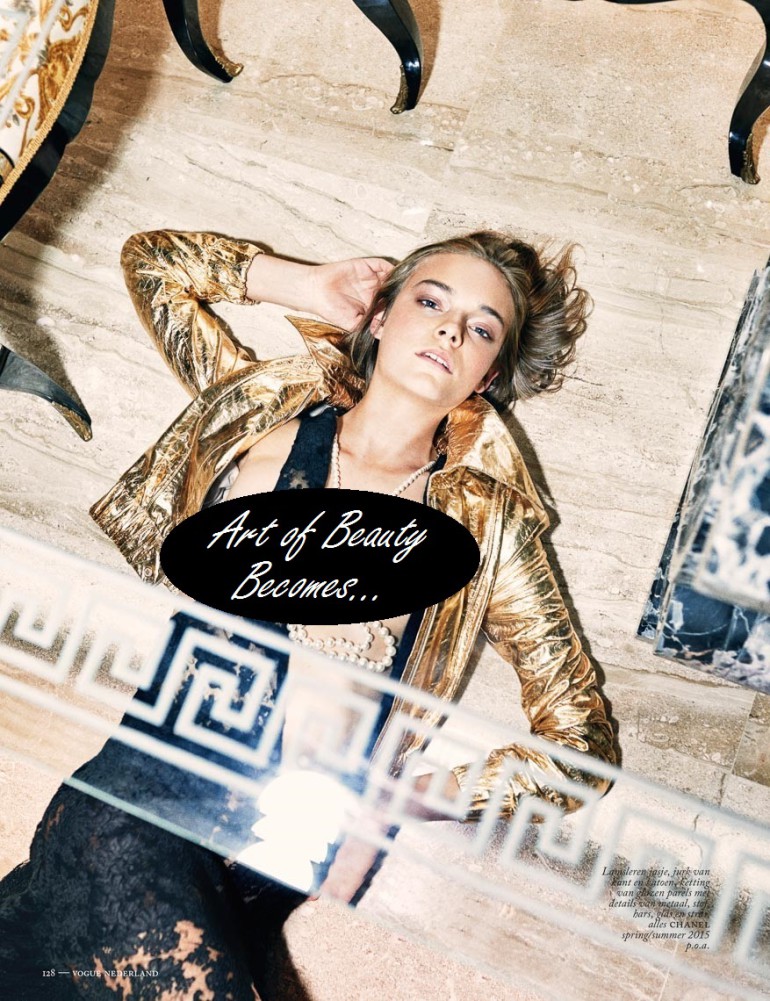 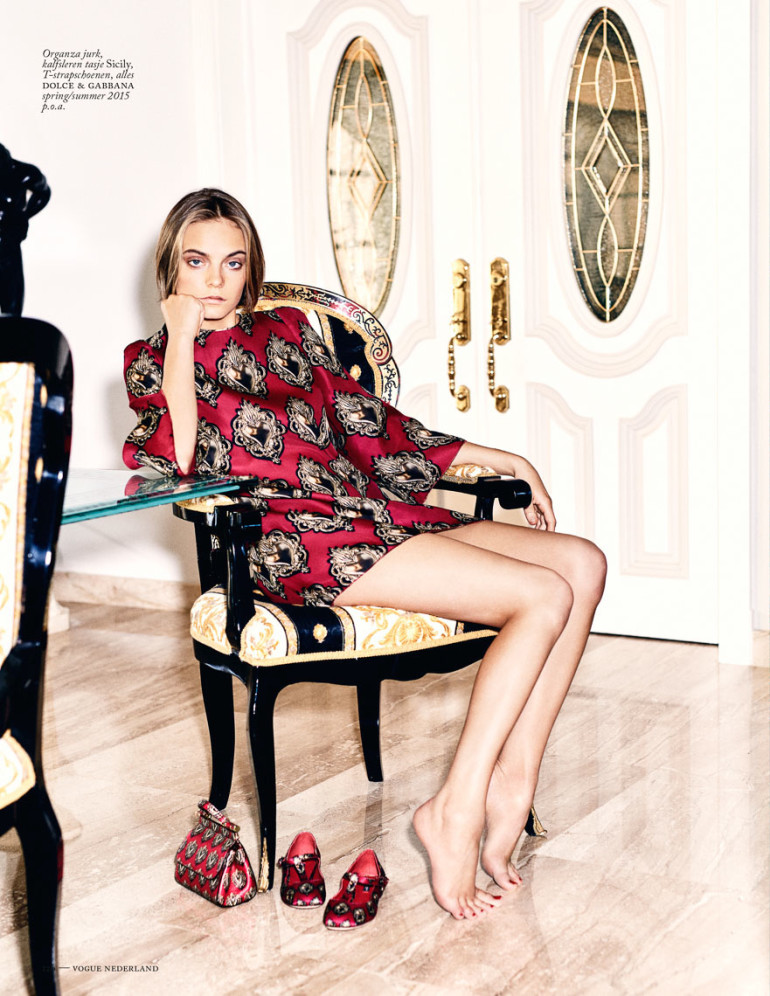 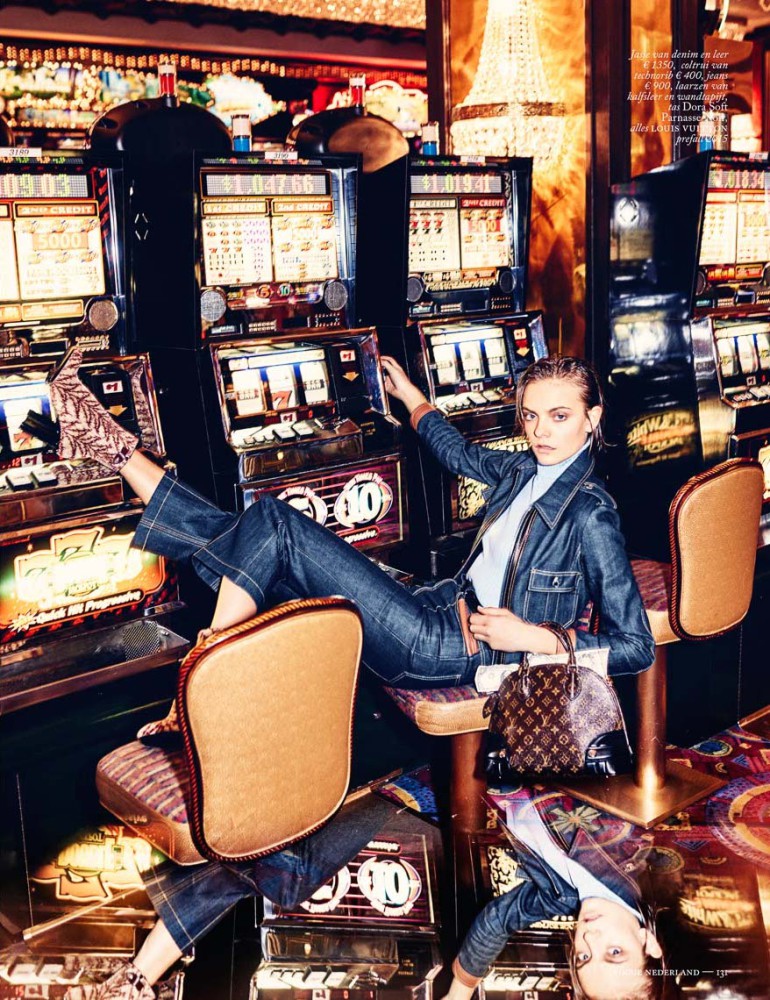 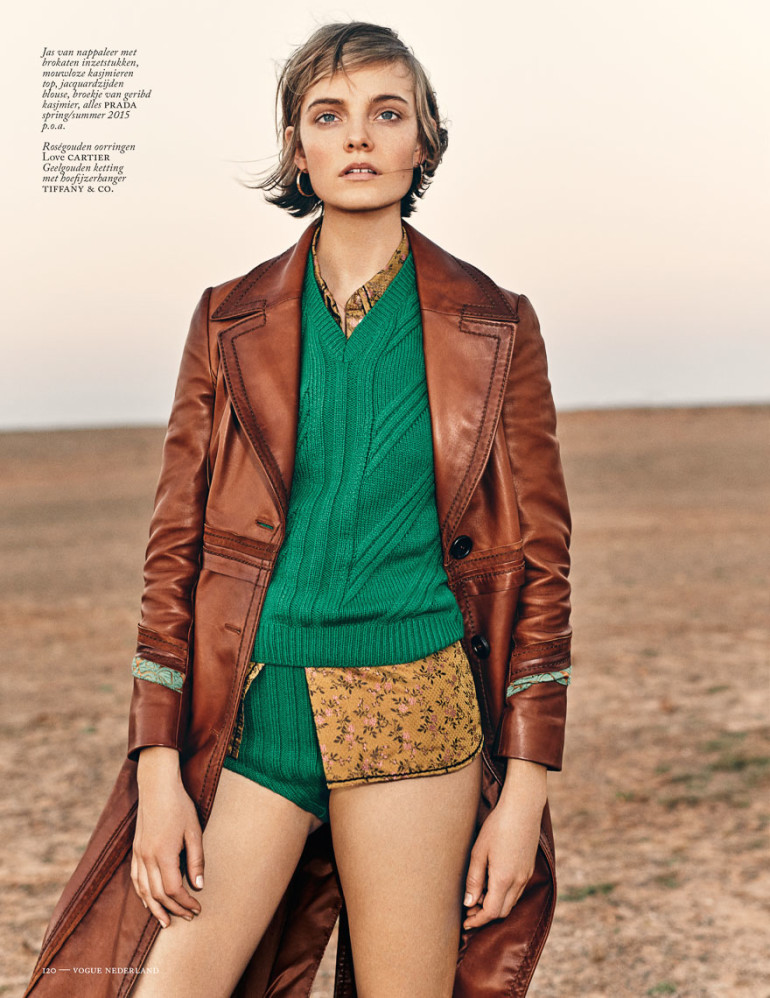 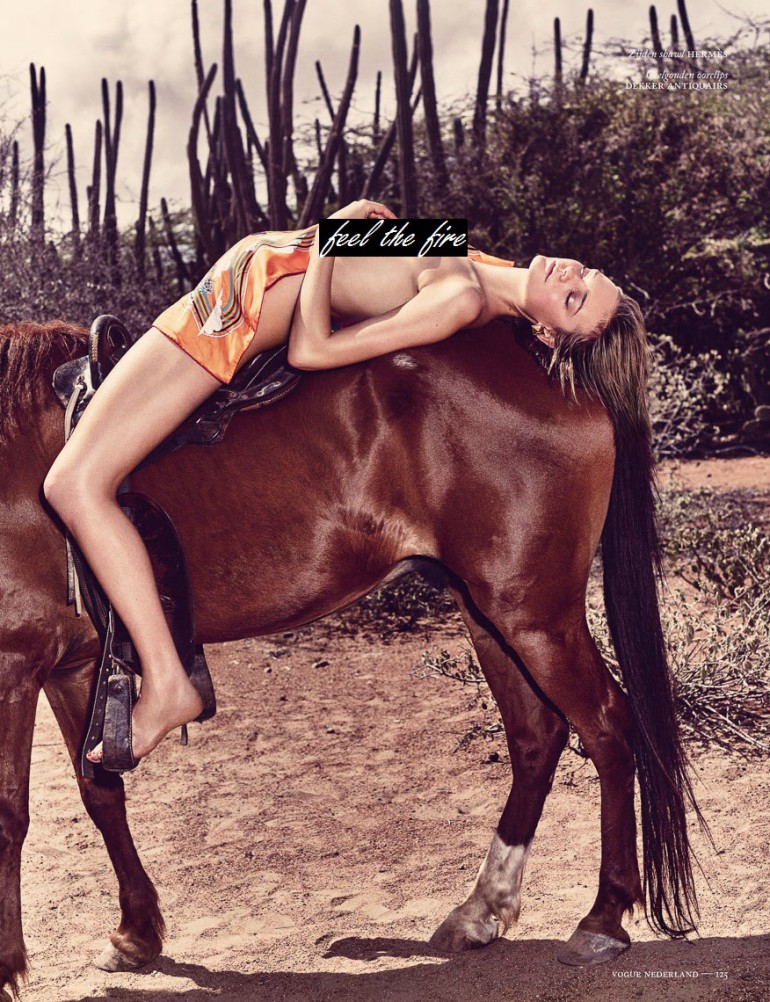 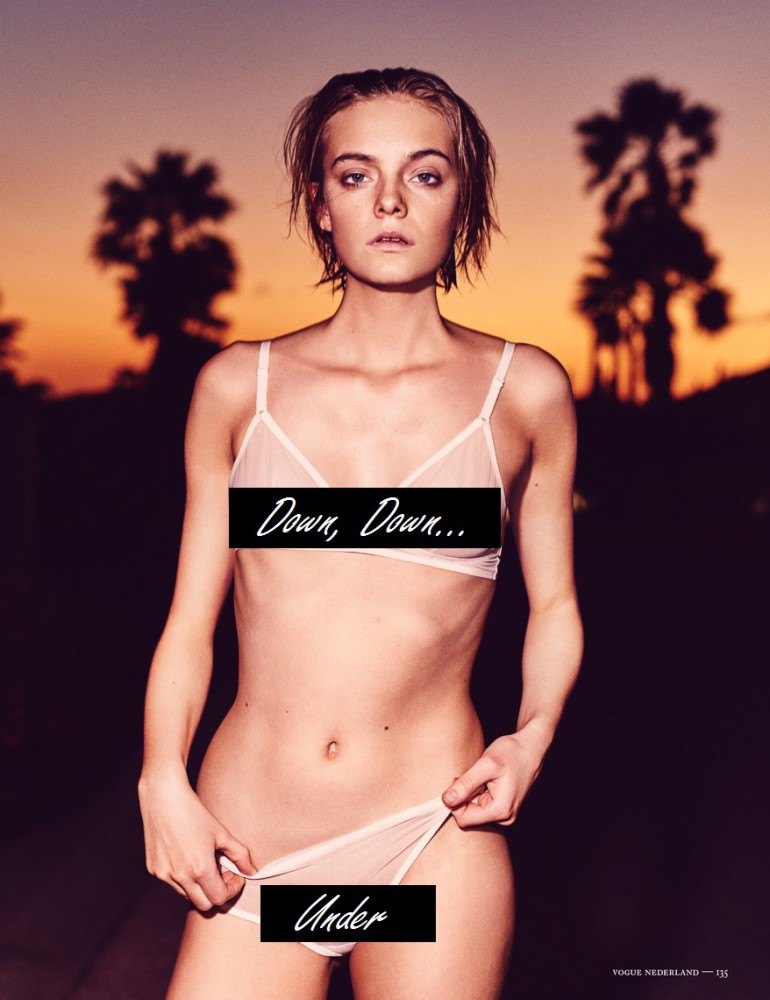 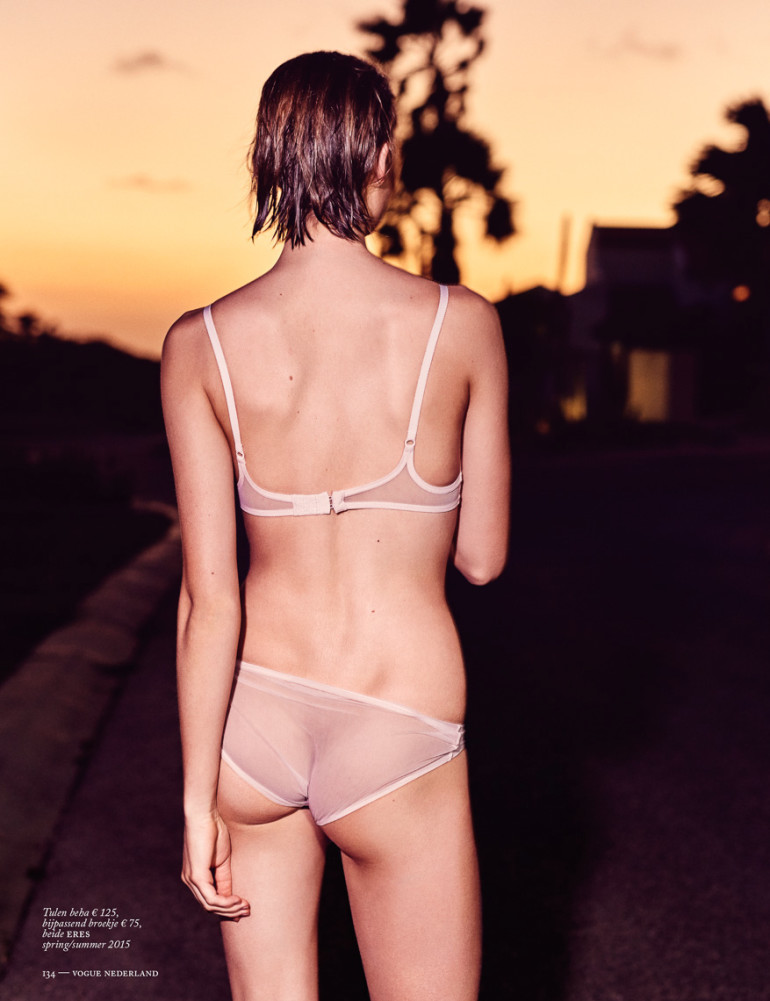 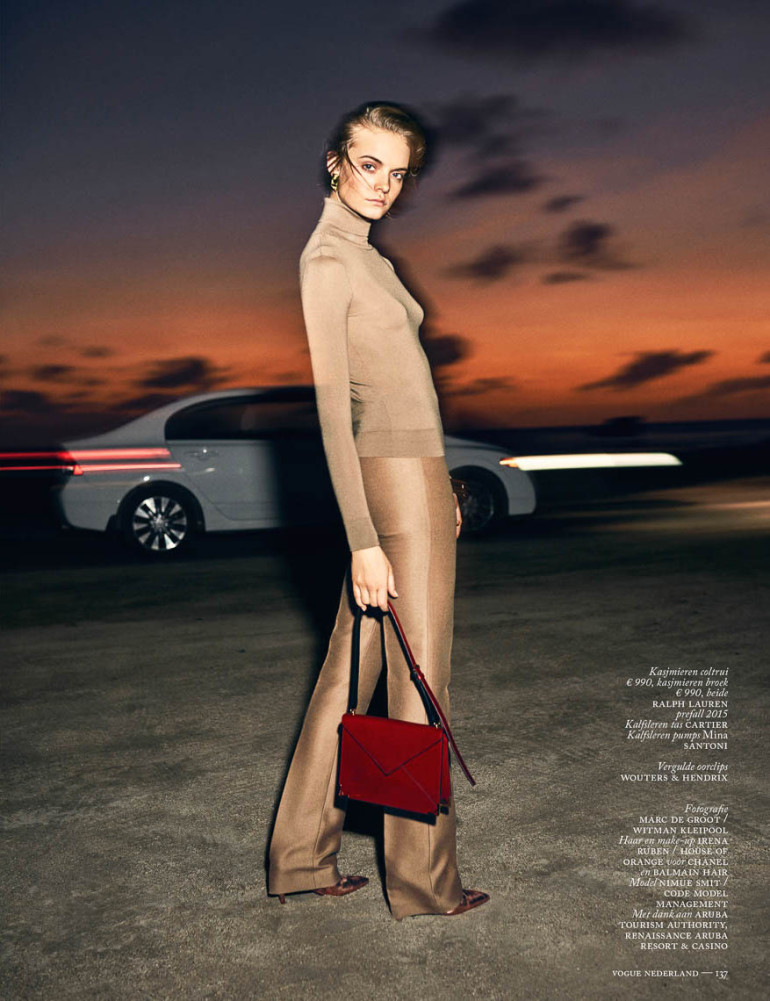 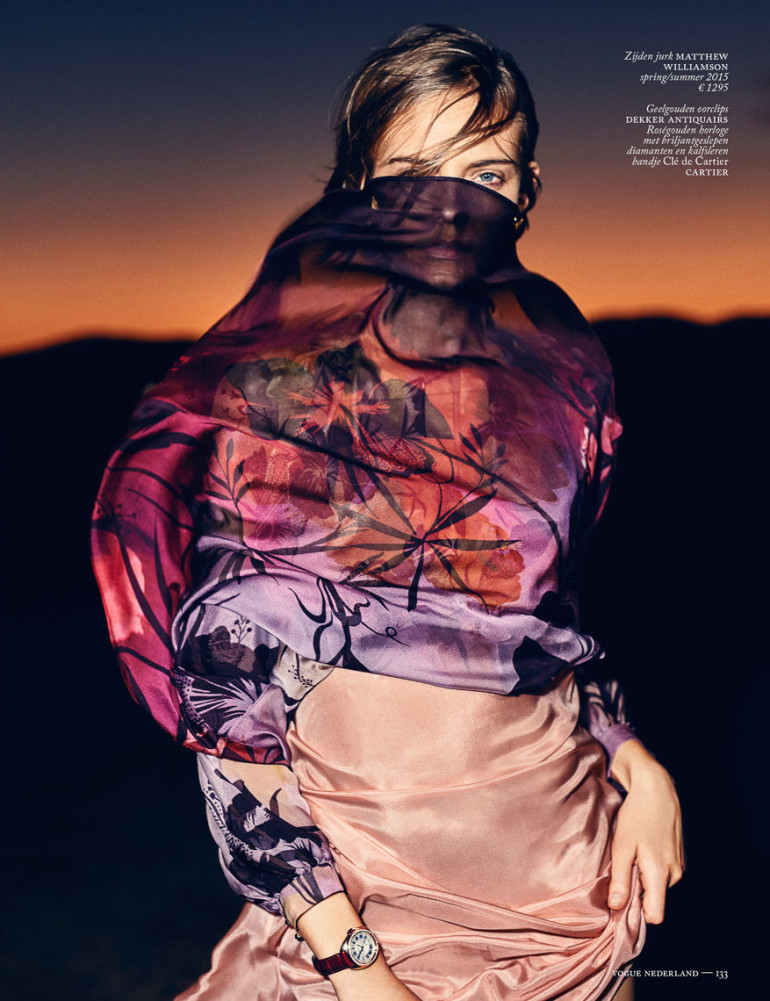 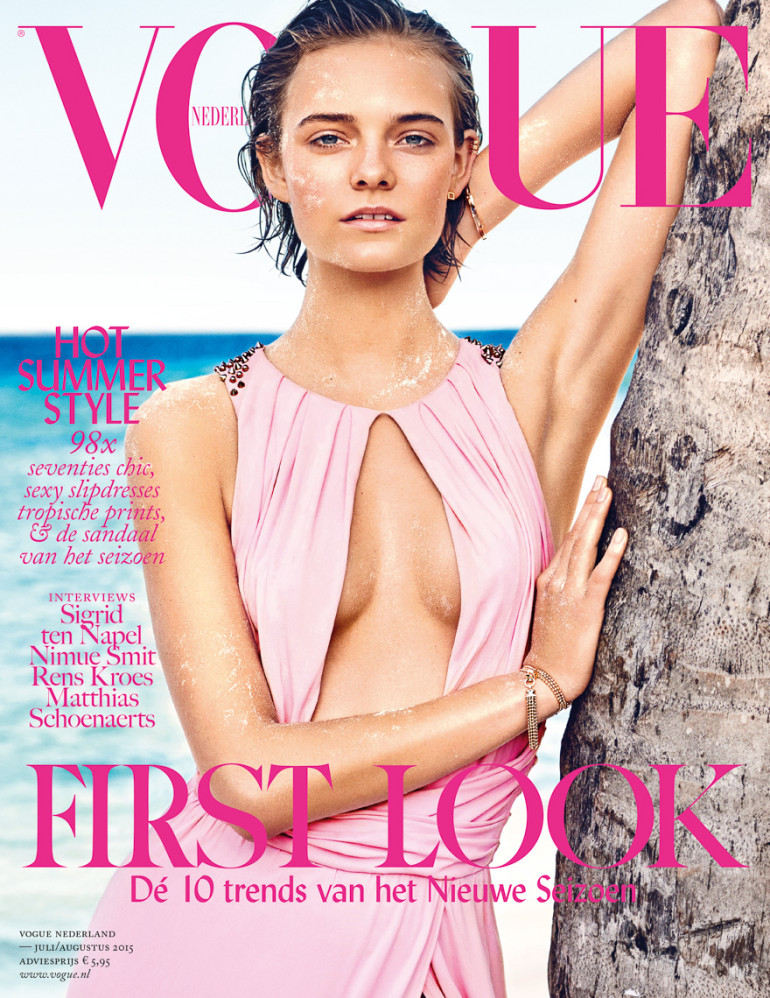