Anna Cleveland & Molly Bair simmer under the heat of ‘Haute Couture’ by Paolo Roversi for Vogue Italia, 09/15. Art ushers in a new era as modernity is made from the vast comings of creative couture. Pictures appear like portraits as Greta Varlese, Kasia Jujeczka, Lineisy Montero & Marjan Jonkman wait to be hung. Stylist, Jacob K, pays tribute to the past while honoring the conceptual landscape ahead. Designers devour the scenery with displays of decadence from Dior, Giambattista Valli, John Galliano, Maison Margiela Artisanal & Schiaparelli Haute Couture. From the fall of fabrics to the cuts of canvas each piece is caught in the artisanal of sheer ecstasy. Fashion floods with vintage flavor yet drowns in avant-garde excess. Classic imagery captures our imagination with exquisite outfits laden with awe-inspiring details. Dark instincts bask in the glory of gorgeous while fluid movements copy the nuance of nature. The power of primary colors pop as Petros Petrohilos invites us to alter the course of creative makeup. Behind the blurry lines of life lives beauty that beguiles. Red, green, blue & yellow scream to be seen with shadows that steal the show. In a rush of neon blush, shades explode as color floods off the face. Crazy combinations cover the lids masking the eyes in conceptual composition. Lips resist the urge to bleed by showcasing their fury with fabulous outlines. Dynamic hues devour the scene with poetic intention captured in a moment of true reflection. Hairstylist, Shon Ju, shocks the senses with coiffed creations that are a spectacle of shape and saturation. Under the ethereal arm of inventive makeup, power shifts, as neoteric elements are seen in the sanctity of skin. Ghostly white wields wonder as the pallor of powdered perfection penetrates the page. 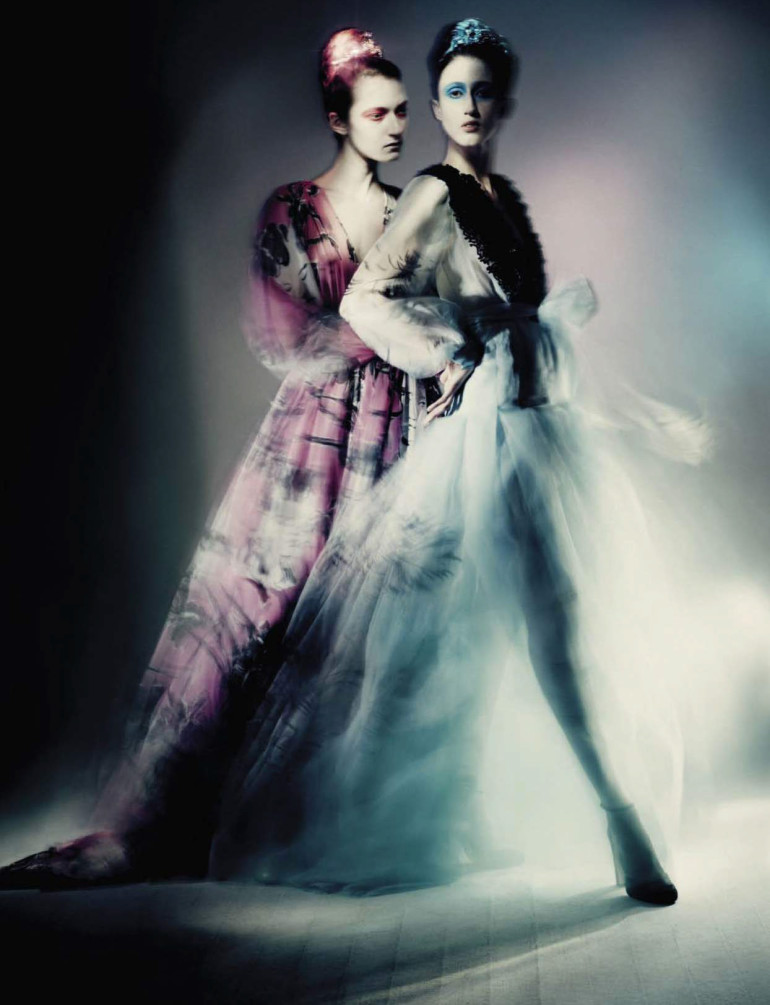 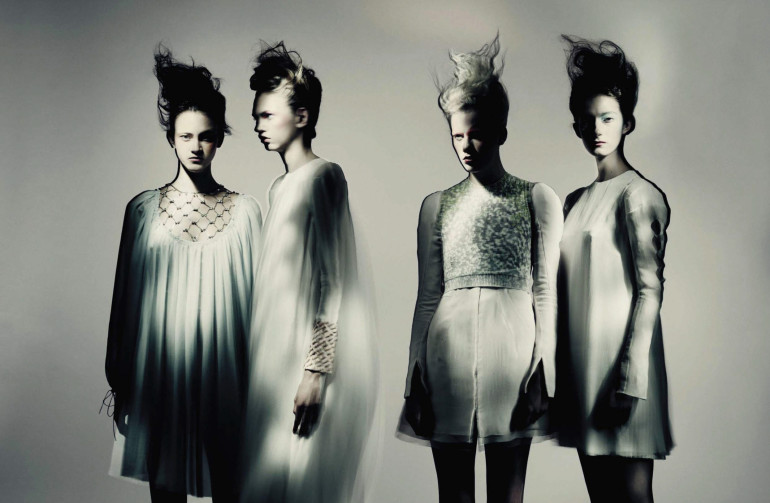 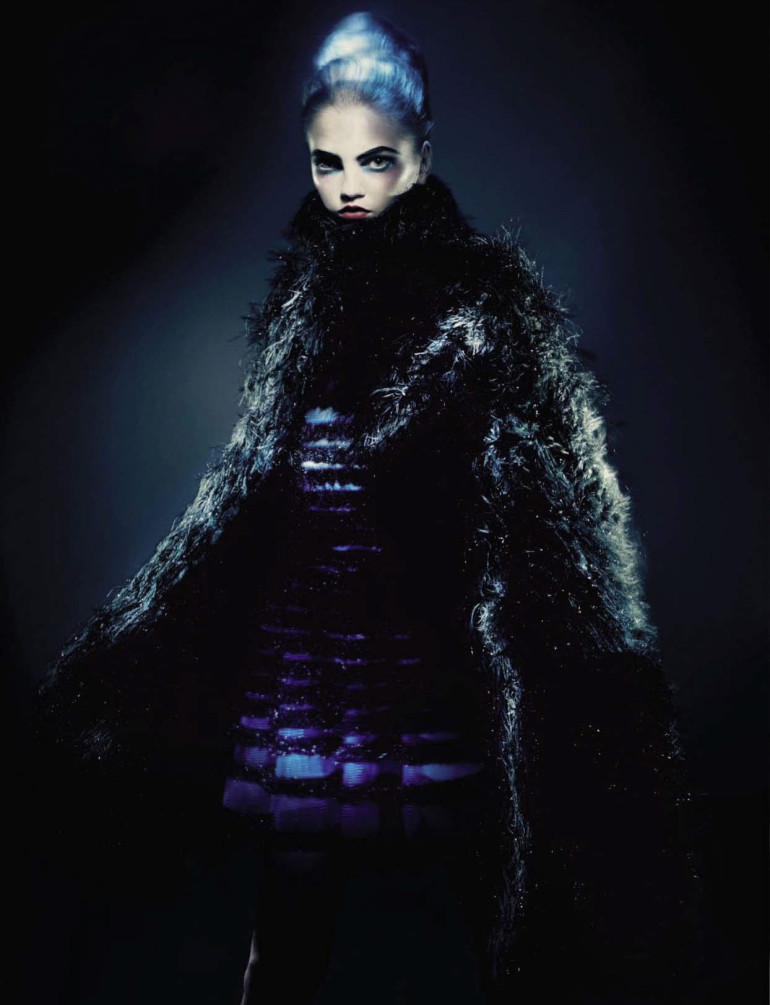 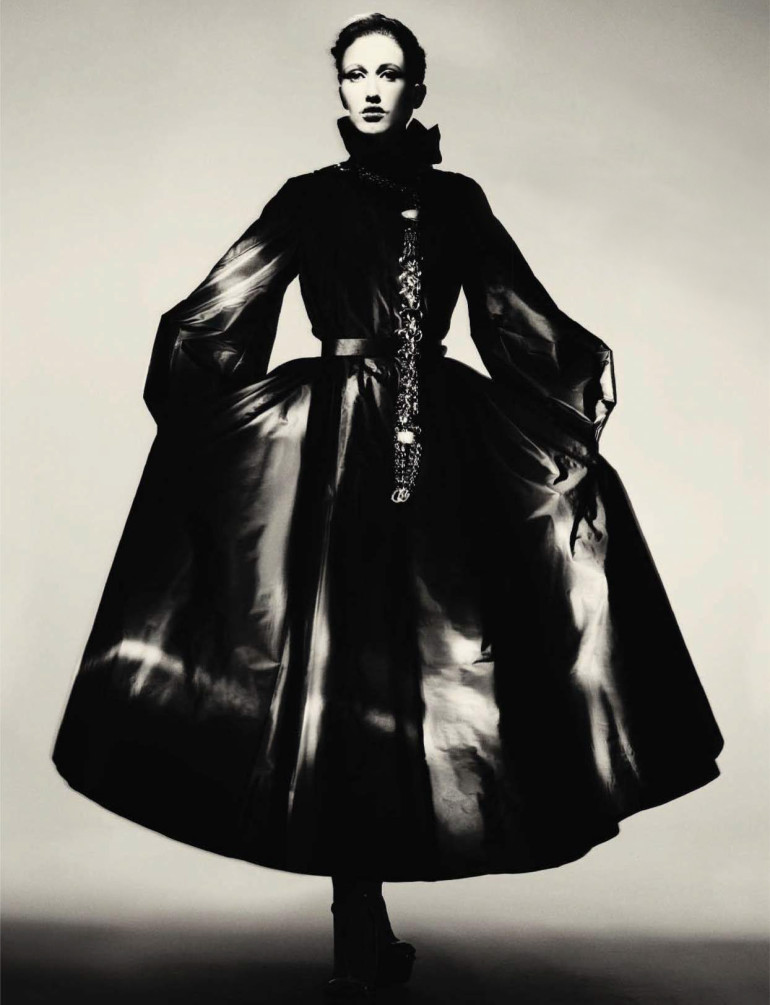 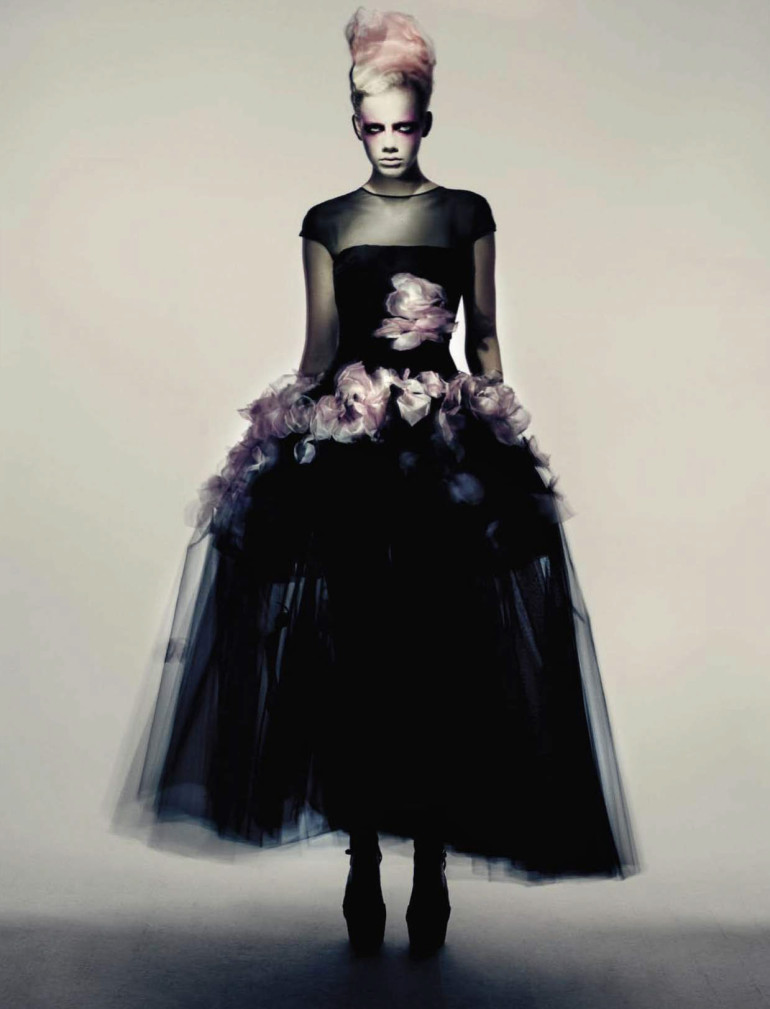 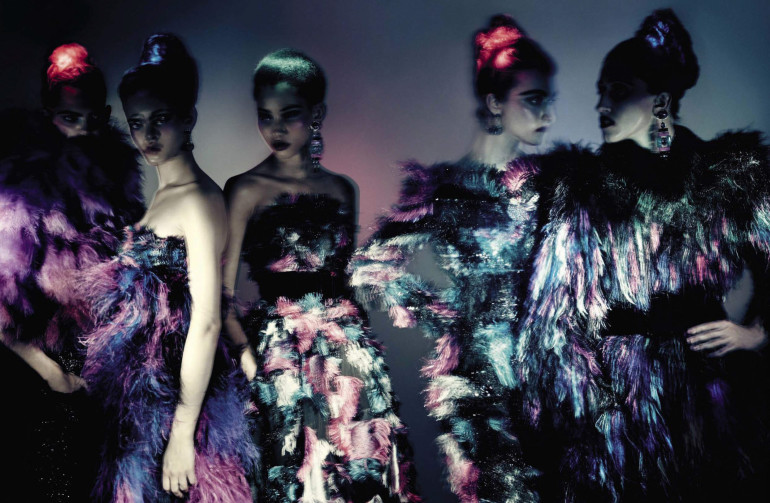 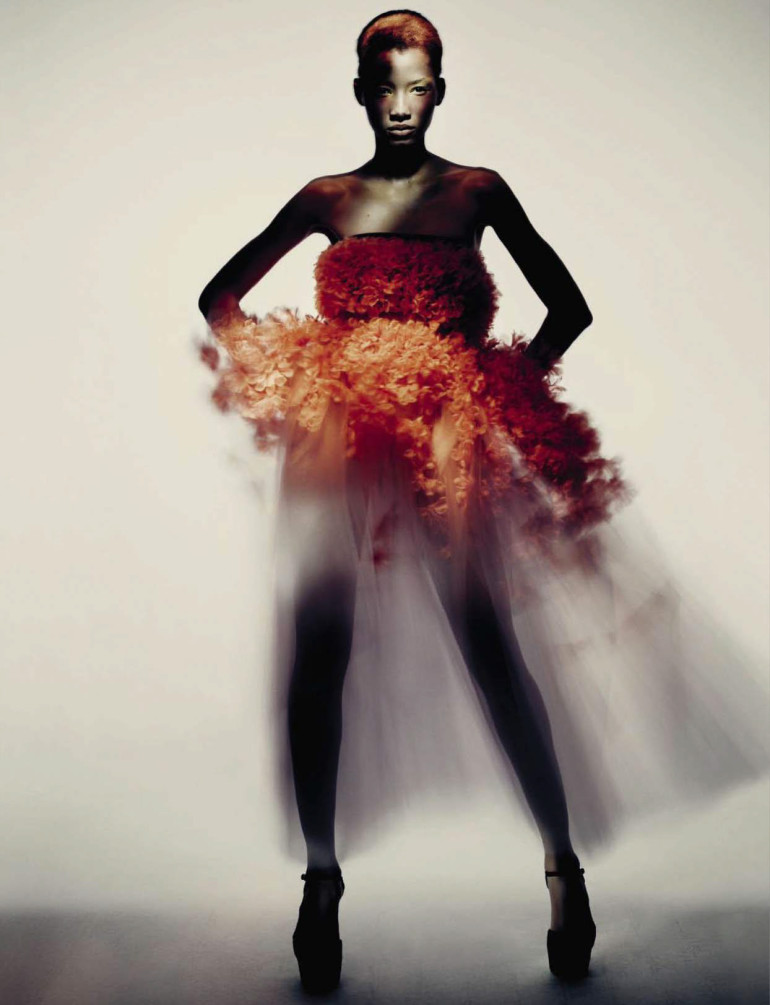 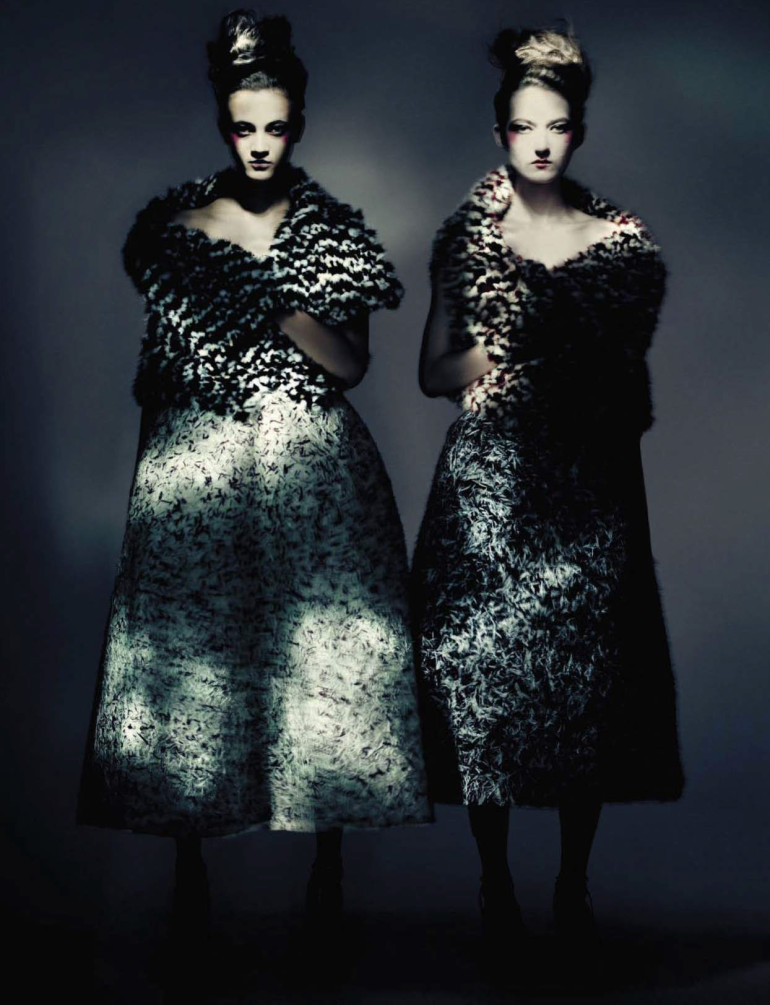 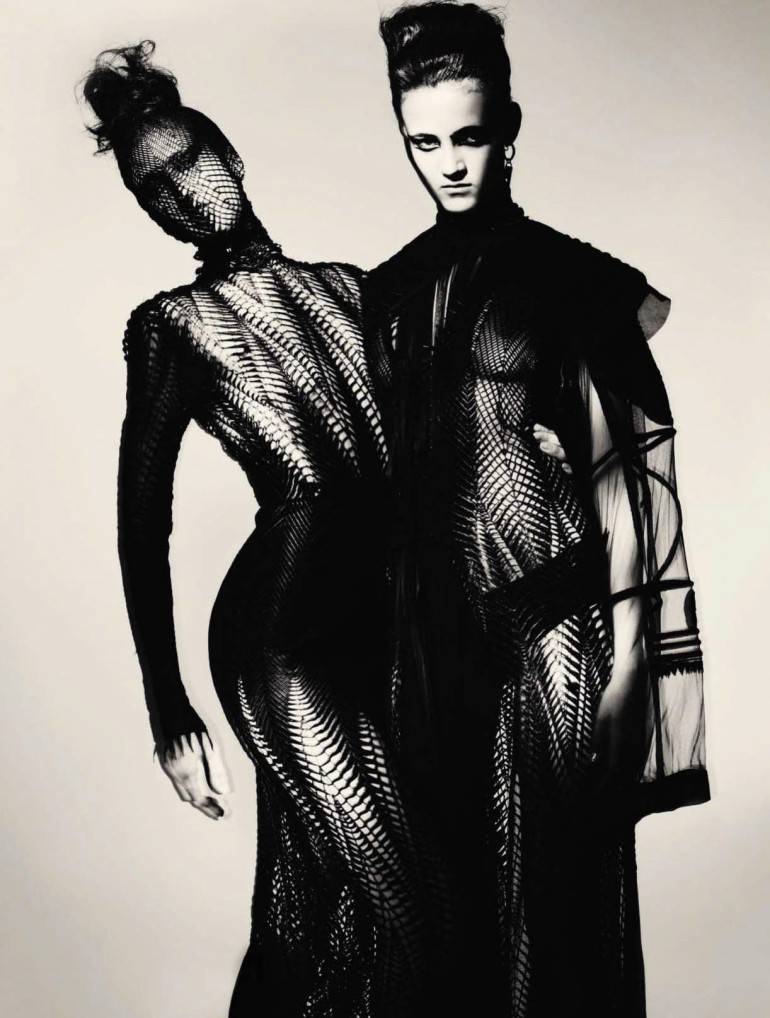 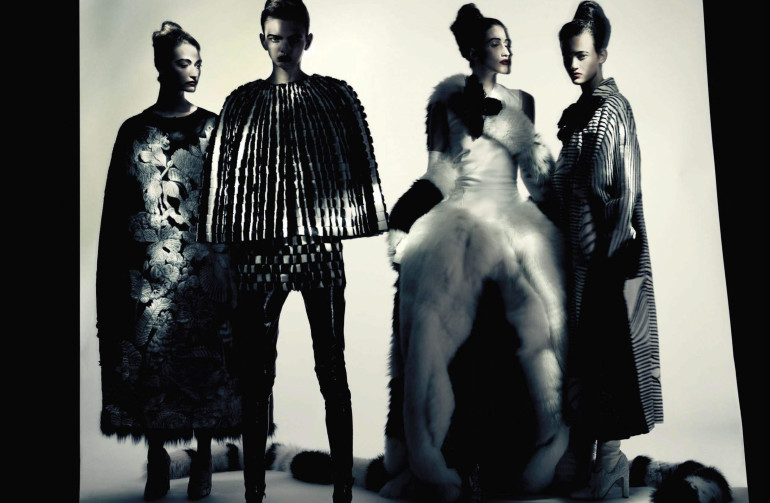 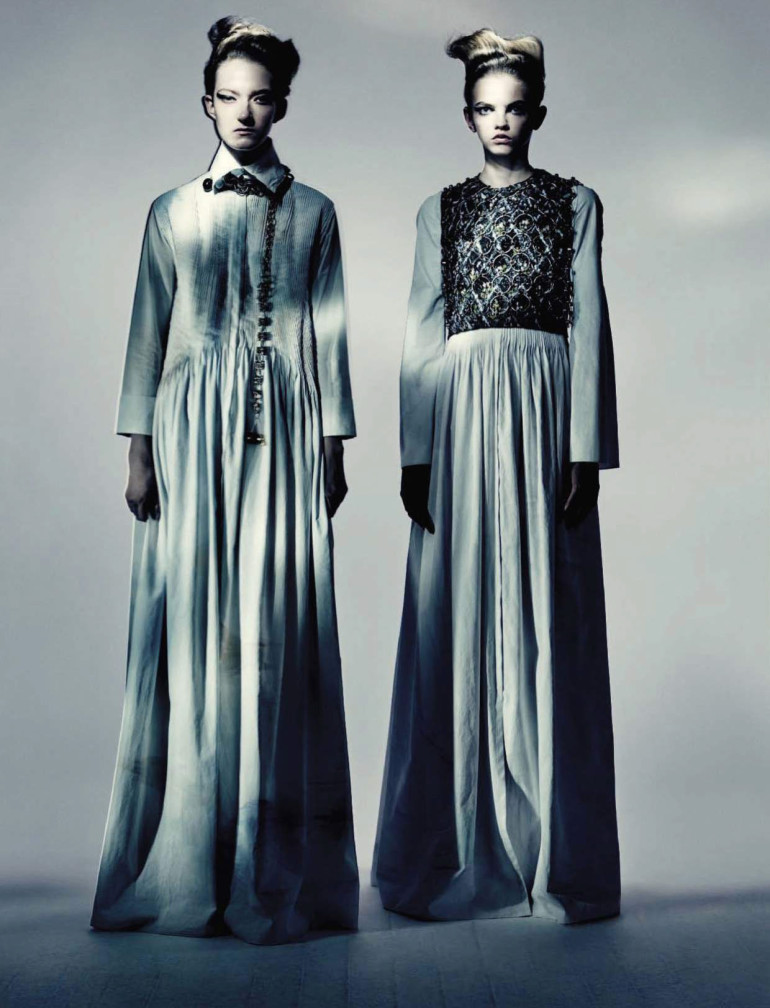 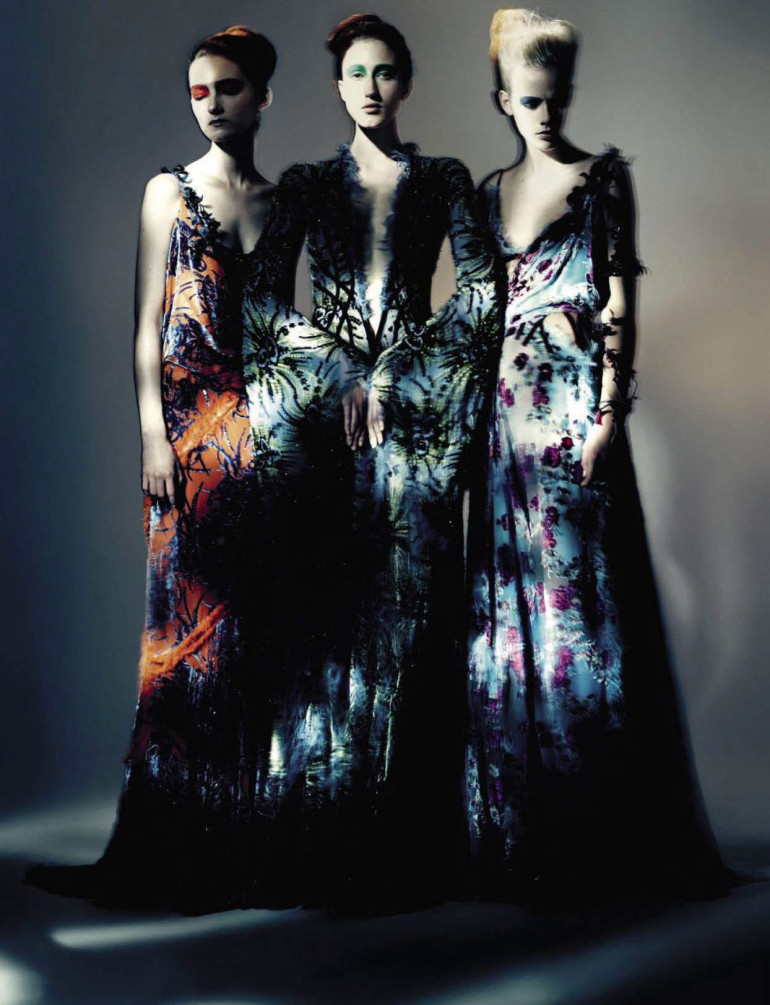 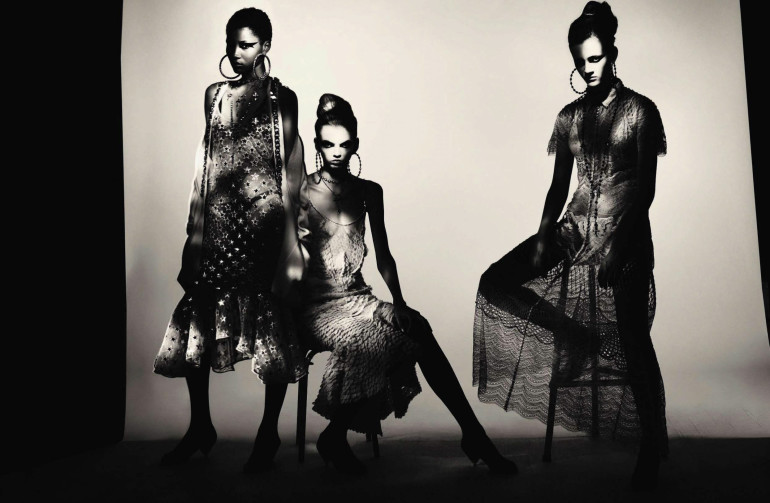 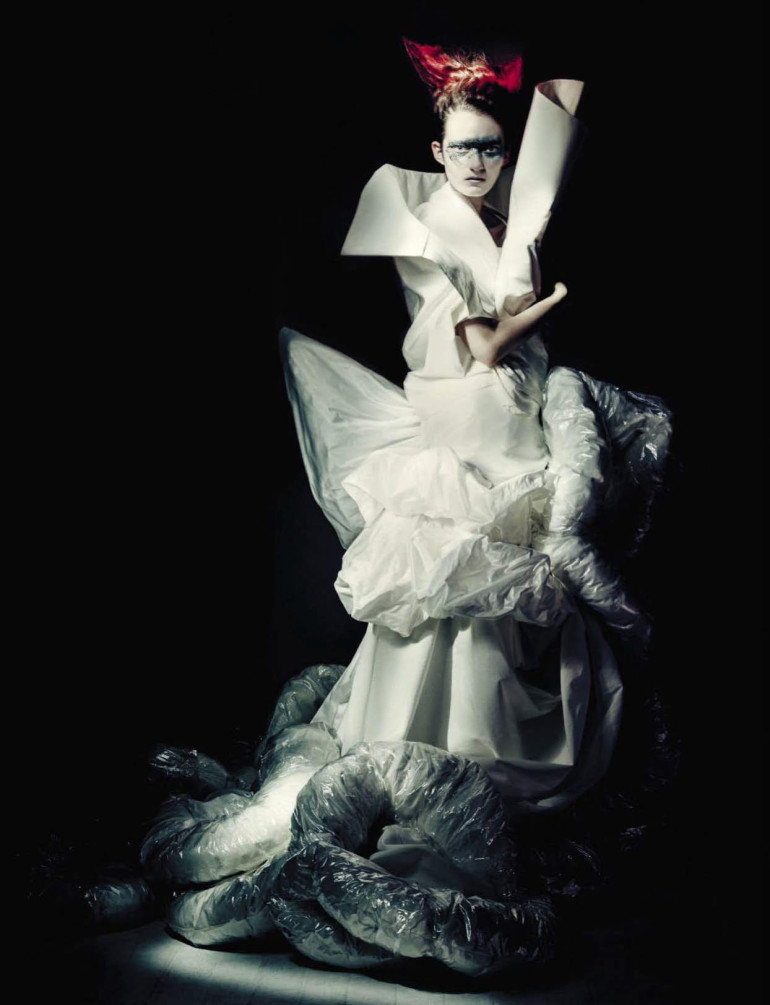 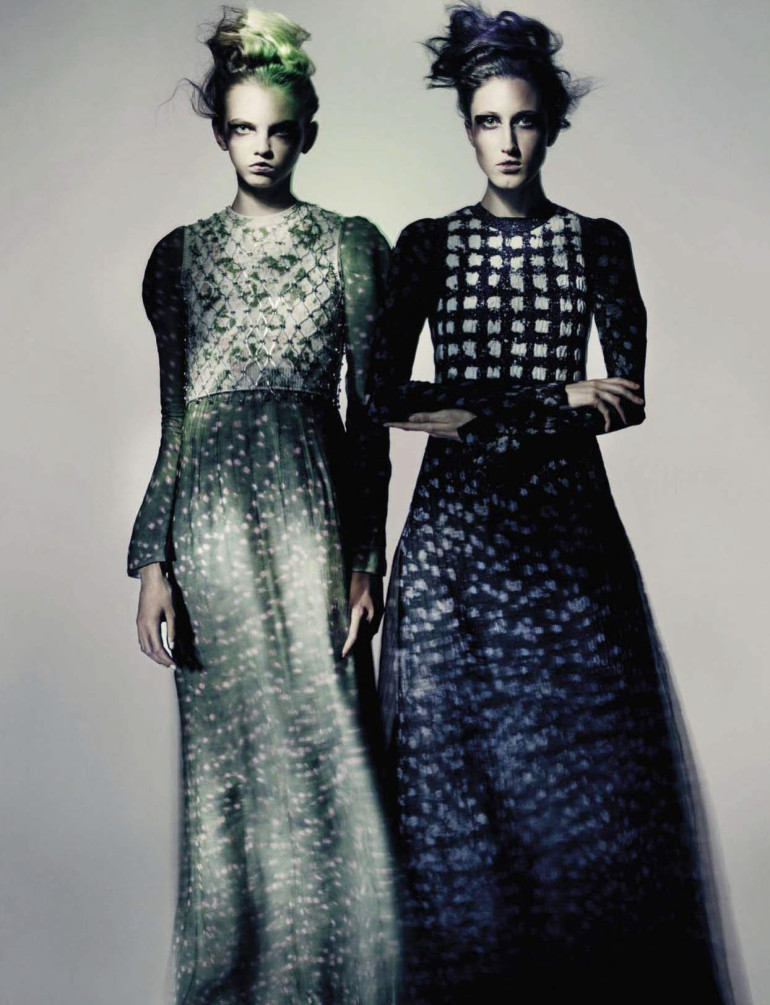 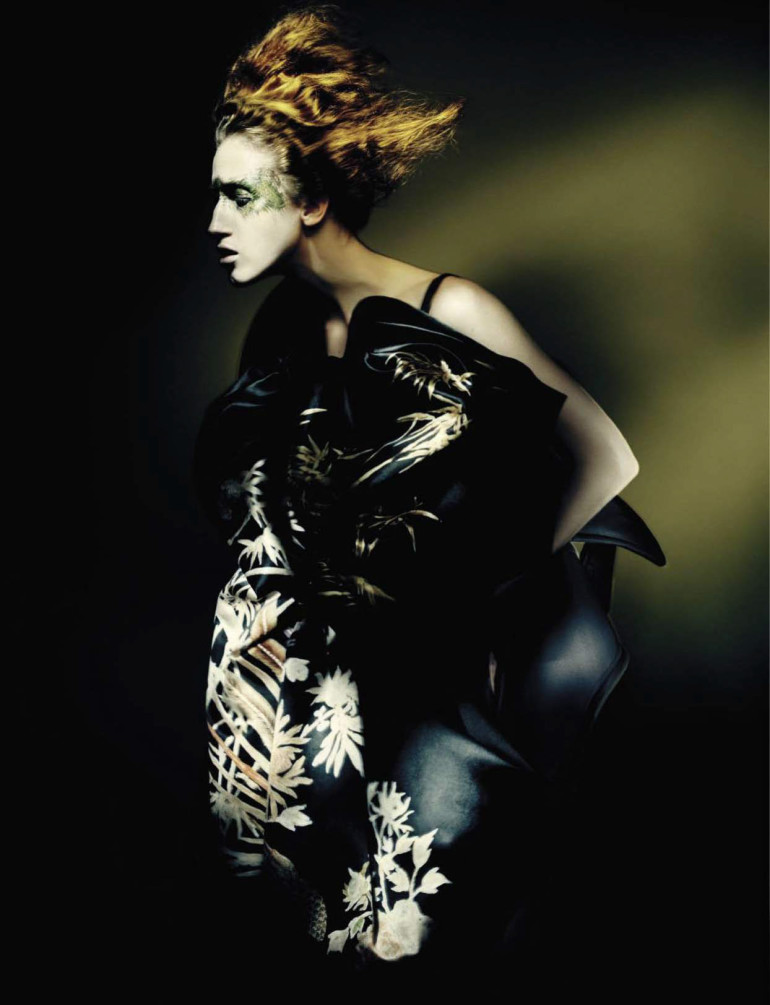