Dani Witt bares the beauty of black and white in ‘O Preto No Branco’ by Paulo Vainer for Vogue Brazil, August 2015. Dark defies as light complies transfixing us with the complementing forces of fantasy. Monochromatic shapes strike out adding figure flattering motion to the vertical planes. Stylist, Daniel Ueda, creates a spectacular scene with fashions that speak to the art of opposition. Moving on from the prominently displayed 2013 collections, this incarnation infuses a more daring display. While both versions aren’t the first to usher this distinction, think Pierre Cardin 1970 (Harriet Quik W Mag), each evolution brings something new. Linear graphics capture the theme as Daniel Hernandez introduces us to the adaptation of mod makeup. Bold beauty arises as the stark contrast of the background plays off the power of the foreground. Shapes borrow from the original movement with silhouettes that seize their moment. Blooming in a rebellious burst, lashes erupt with an abstract arc rushing down the center of the lid. Eye patterns are composed with opposing elements contrasting the clean & extreme. Dynamic simplicity rounds out the layout with features that speak to understated chic. Towering dews are touched with an avant-garde edge as a checkerboard scarf steals the show. An ode to the era of Neo-Kinetic/Mod/Op-Art. Black rushes forward with a compelling outline while white plays a beautiful back up. Defiance comes in the absence of truth, while blankness provides a medium for possibility. 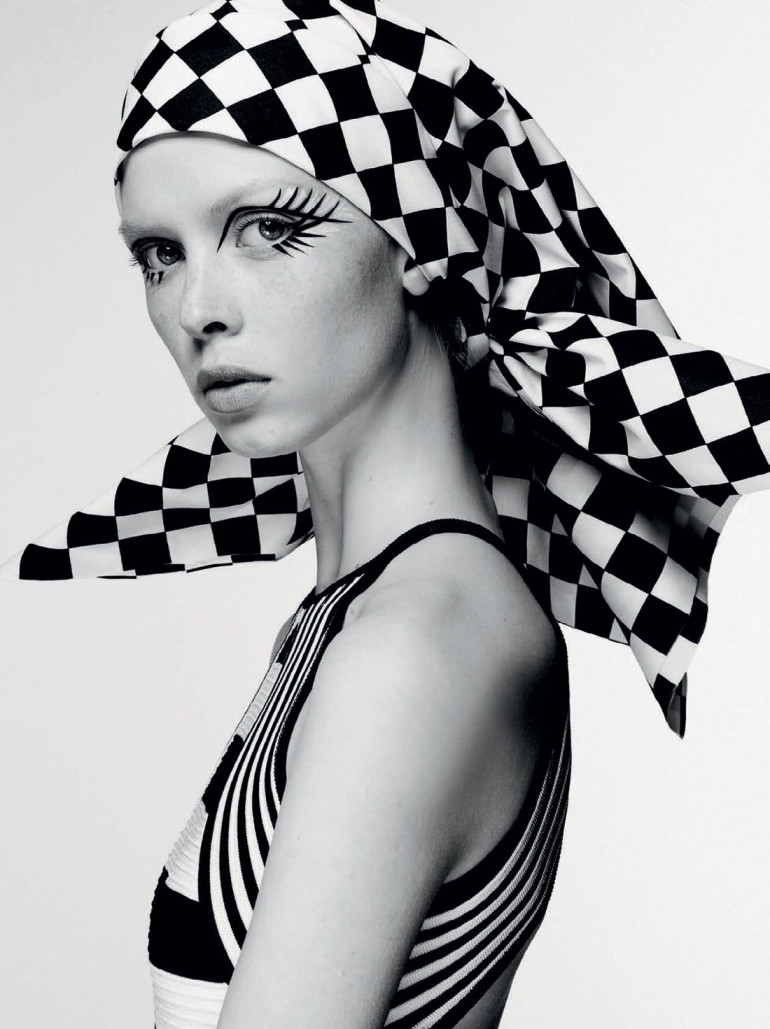 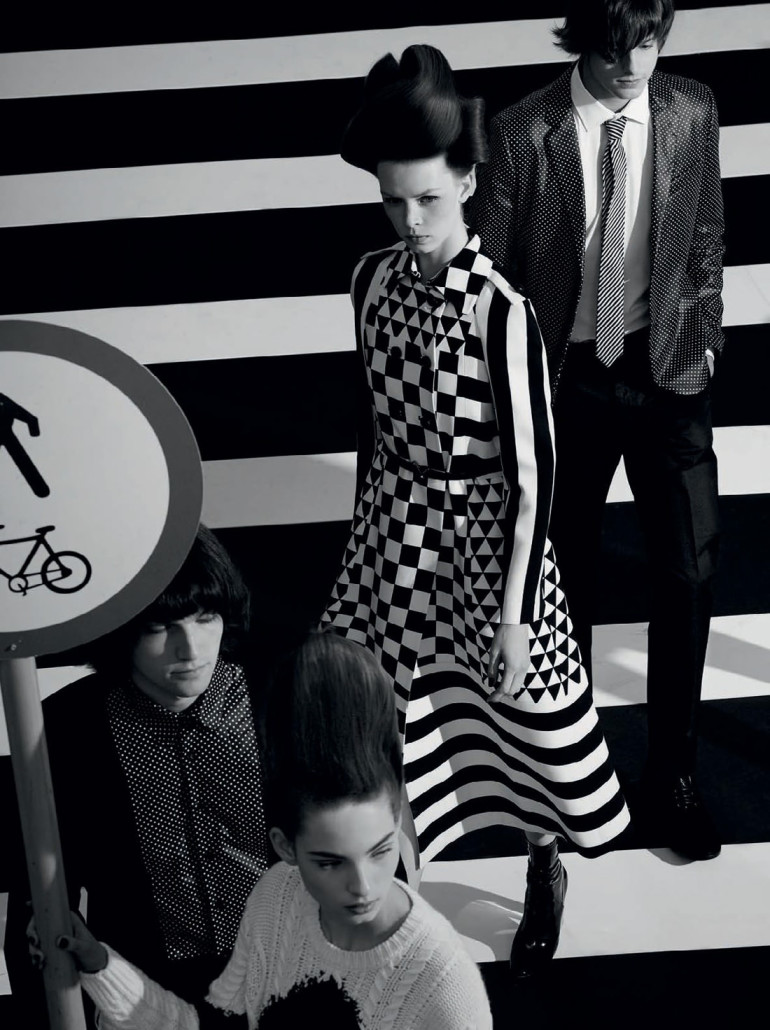 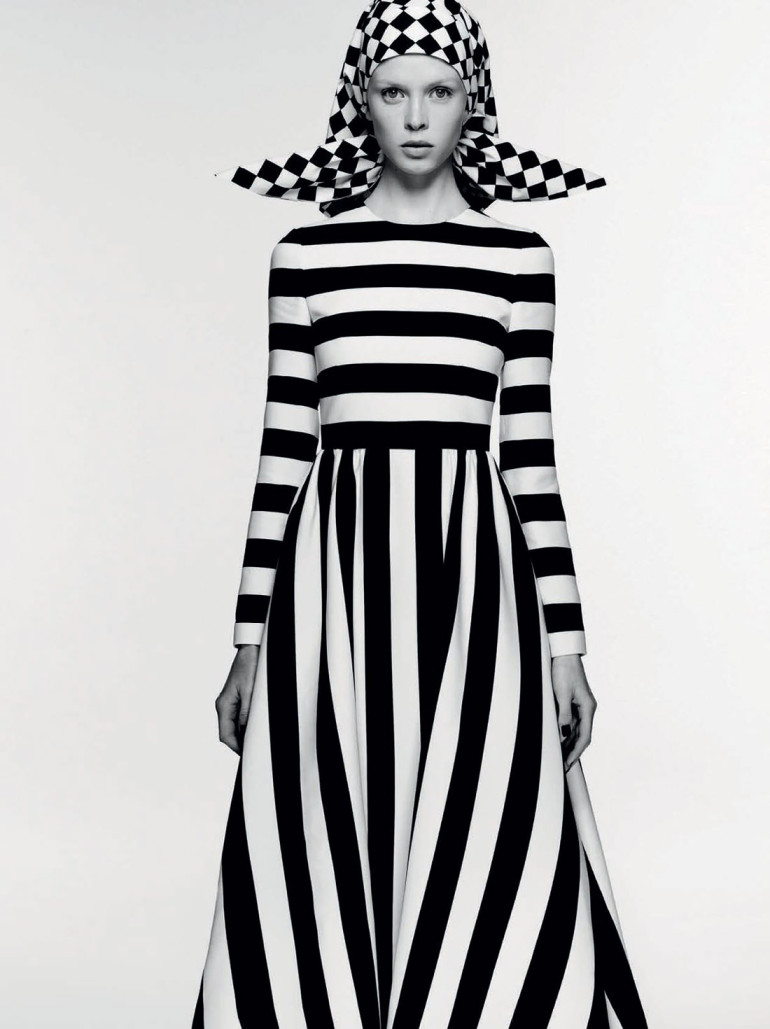 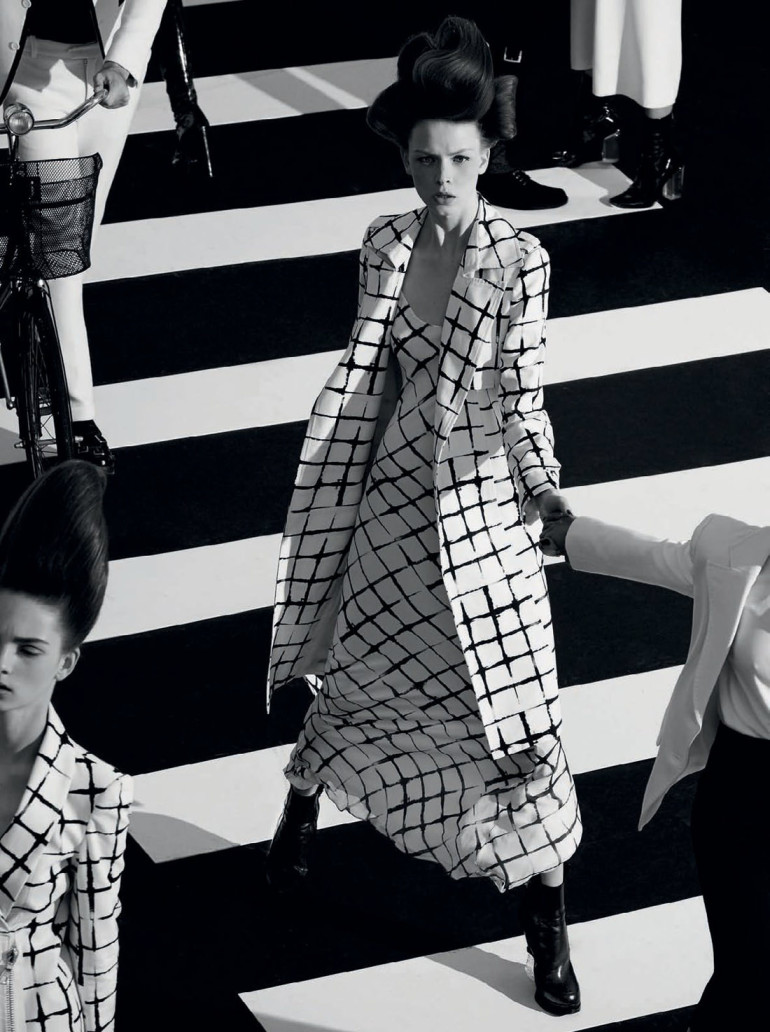 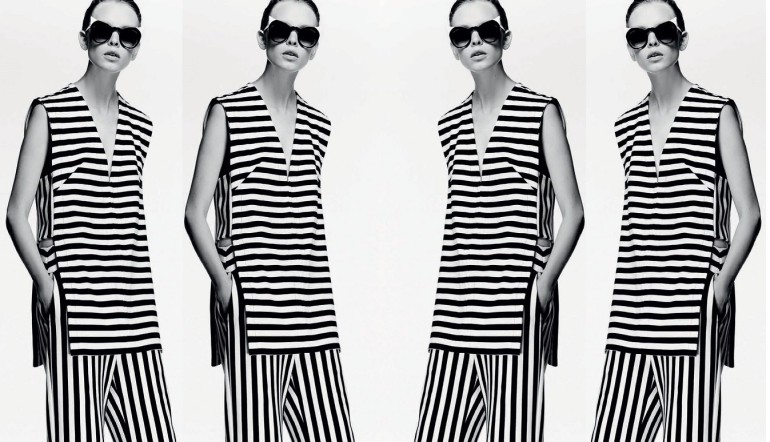 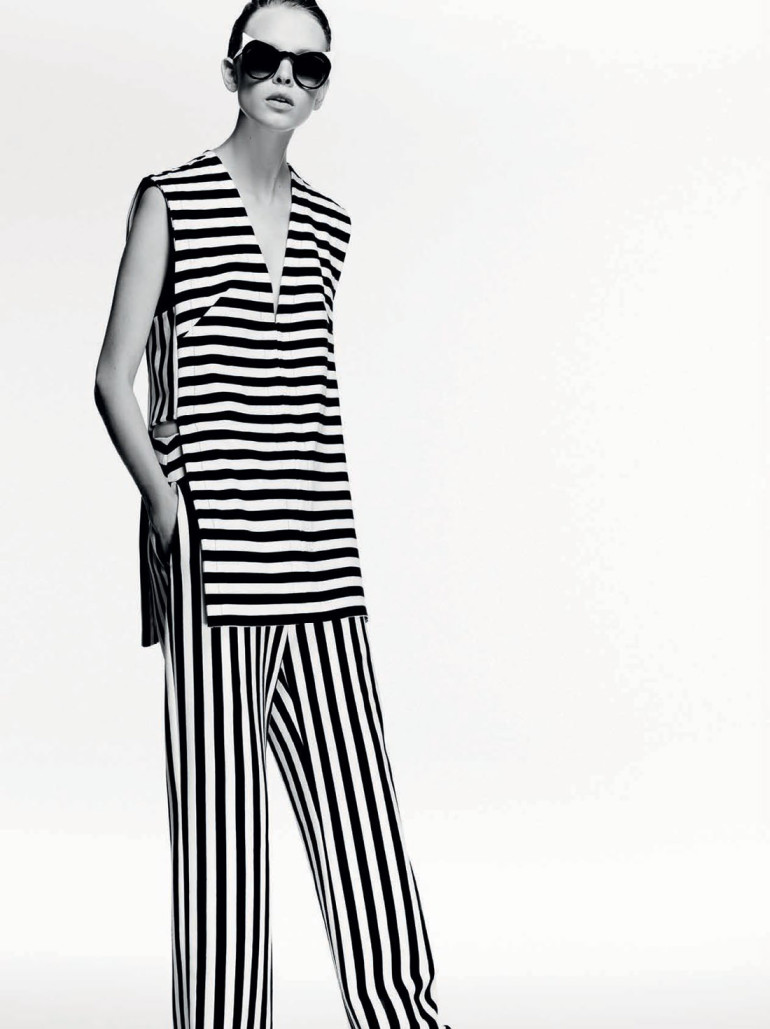 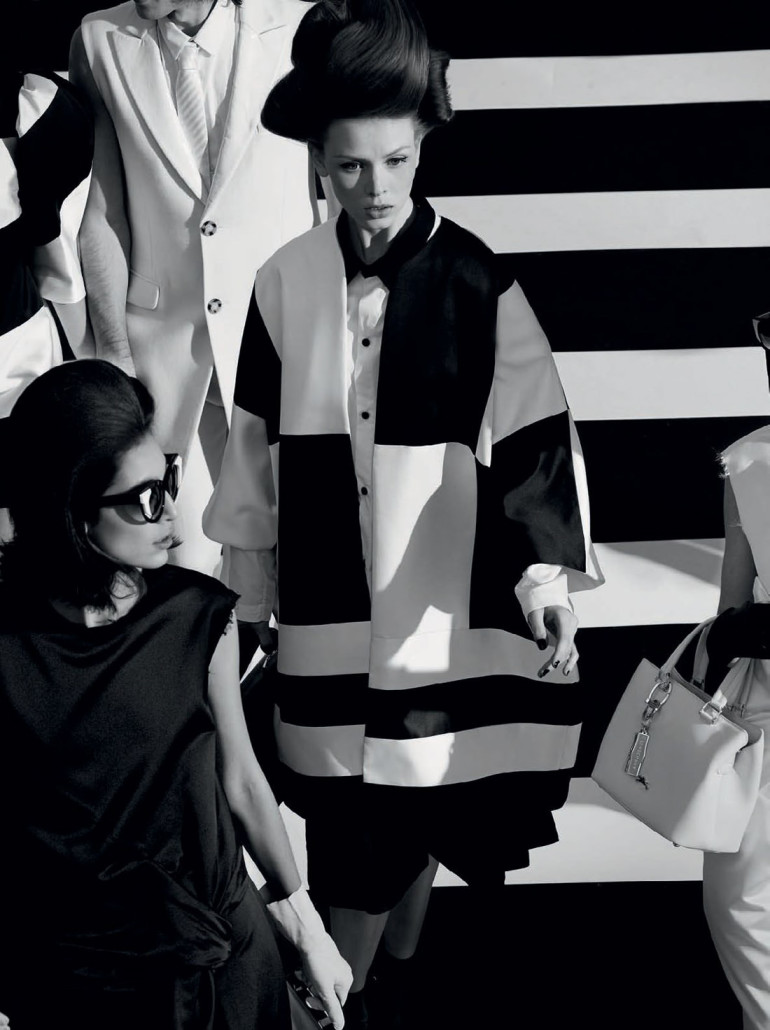 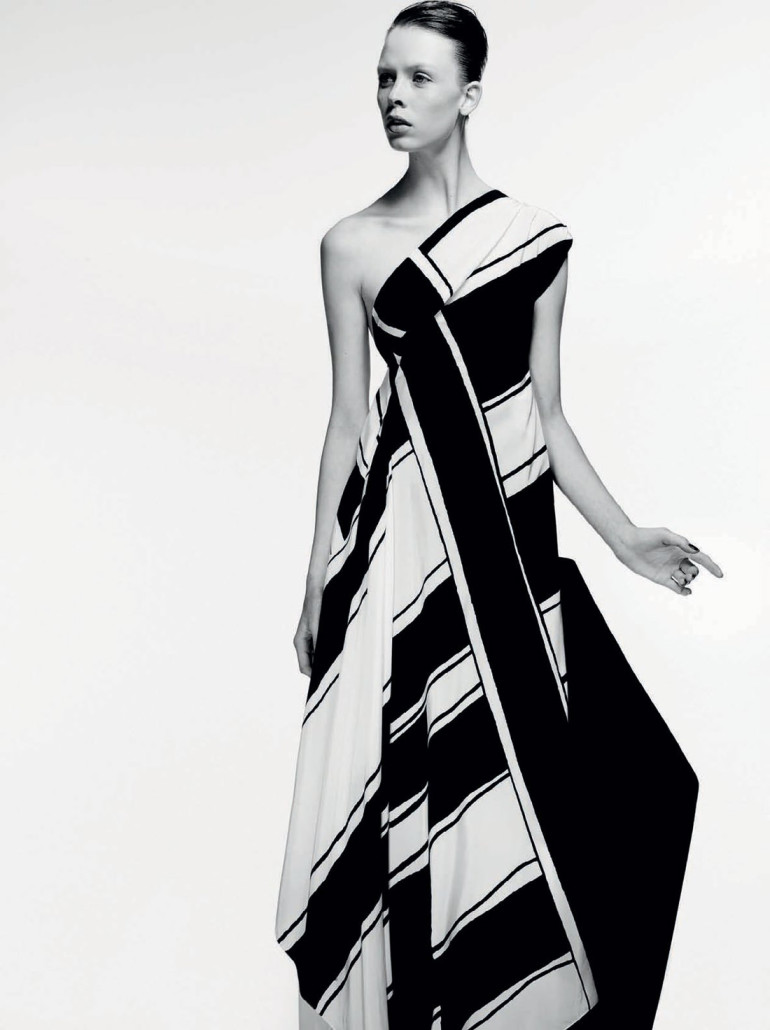 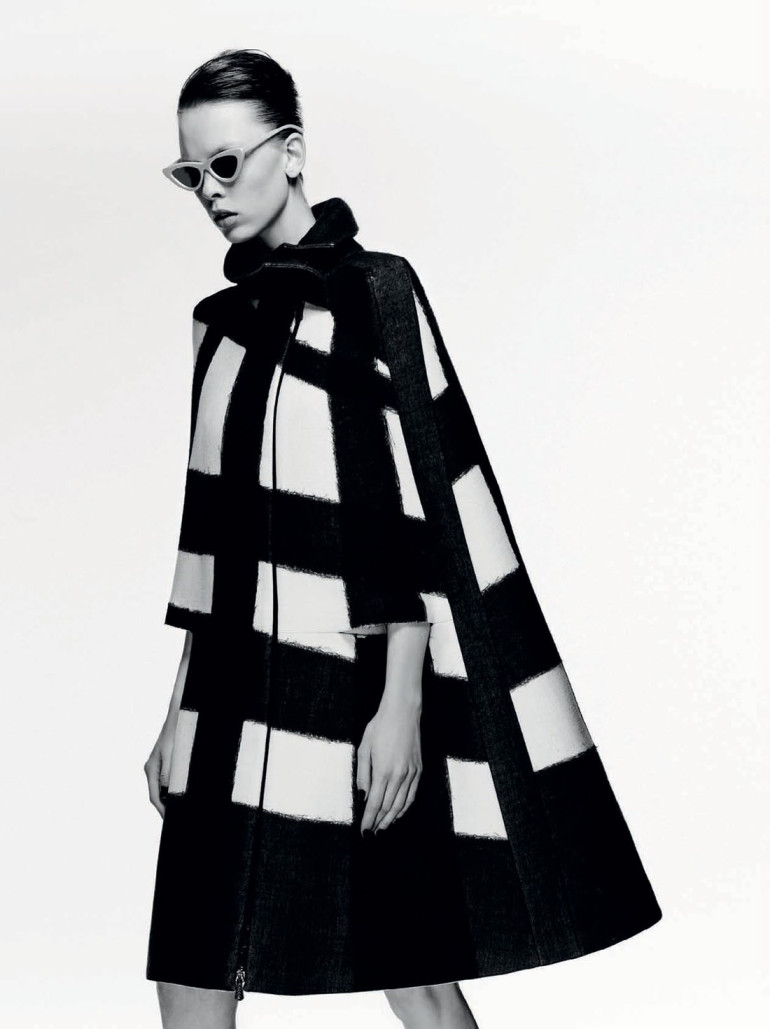 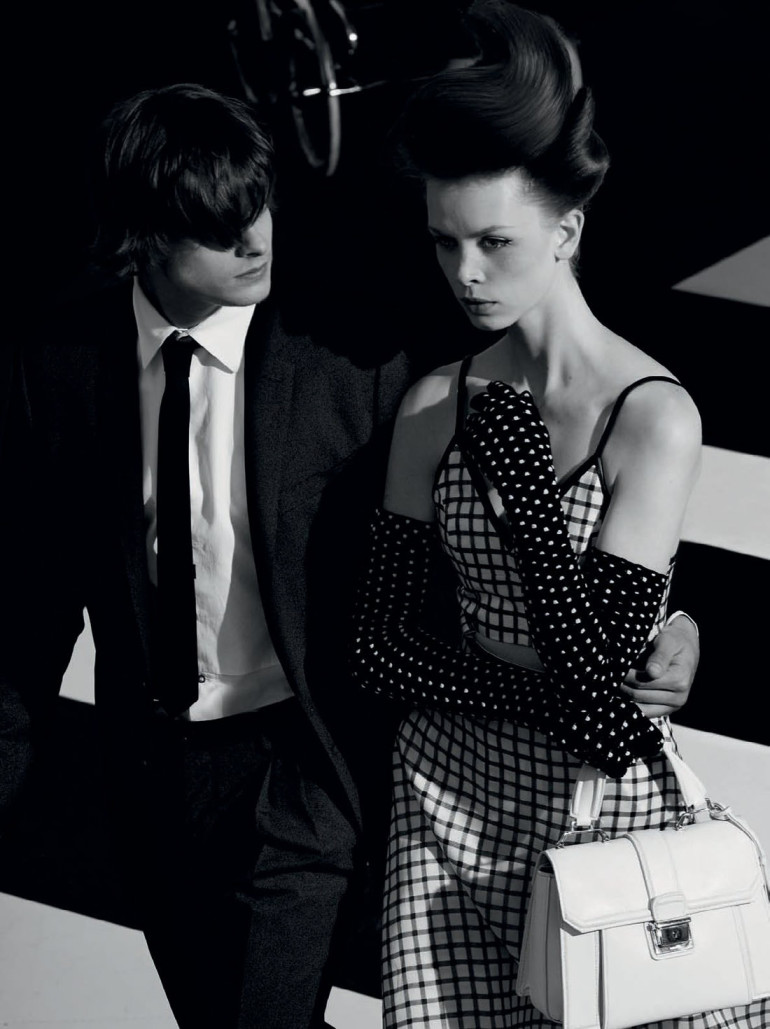 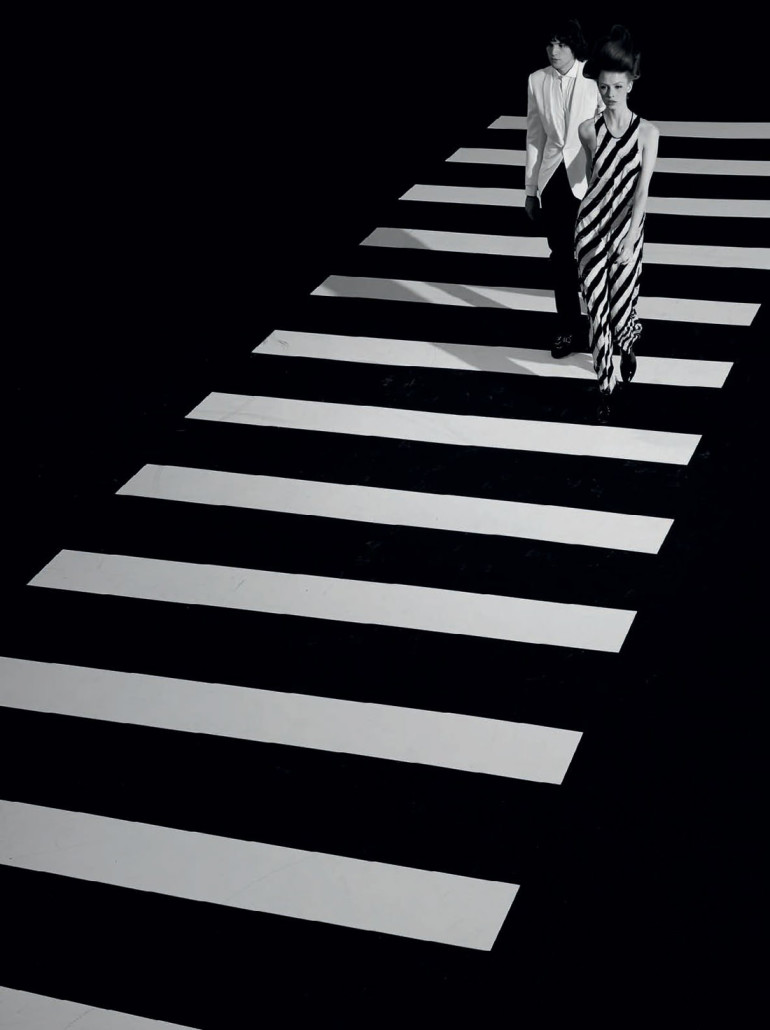 Gigi Hadid Steps into Heat of 70's-Chic in 'Golden Girl'