Andreea Diaconu drinks in the diamonds in ‘Carats en Colorama’ by Ben Hassett for Vogue Paris, October 2015. Her eyes are deceiving her smile is distinct, her warmth is inviting her mind is succinct. An evocative tale of love and other yearnings. Gems sparkle in vibrant light, as power is felt through fire of the female force. Alive with a kind of subhuman super-strength, Diaconu delves into another world. The eyes of yesterday have turned and gone away, and back has come a new way to play the game. We assume that this woman was so overtaken by her obsession with diamonds, she finally became one with them. But, imagine instead, if the truth is something closer to a dream. Where the human form of this lovely creature is (in fact) the visitor. A sub-reality where distant beings appear on earth in order to convert their ideas into the ideal. Lucidly lured into the limelight unfurled – to be lost in fantasy – is a taste of the forbidden. Adorned in excess, the colors of creation come alive as each image is an ornate celebration. Ideas once lost are found again as (Makeup Artist) Georgina Graham invites us to fulfill the fantasy of the face. The glow of ice melts away with the taste of ruby-red lips following behind. Nude beauty breaks over the skin with subtle shifts that invite us in. An evocative look at the concept of too much. Patient eyes caress the body like a long, lost lover waiting to be touched. A vagary of the visceral, Graham explores the outer reaches of the mind in an amalgamation of the imagination. Hairstylist, Christian Eberhard, provides a distraction with wild waves that make us wonder which version will take over. Extravagance amplified, to be satisfied by that which we seek is normal, to be obsessed by that which we own – only owns us. 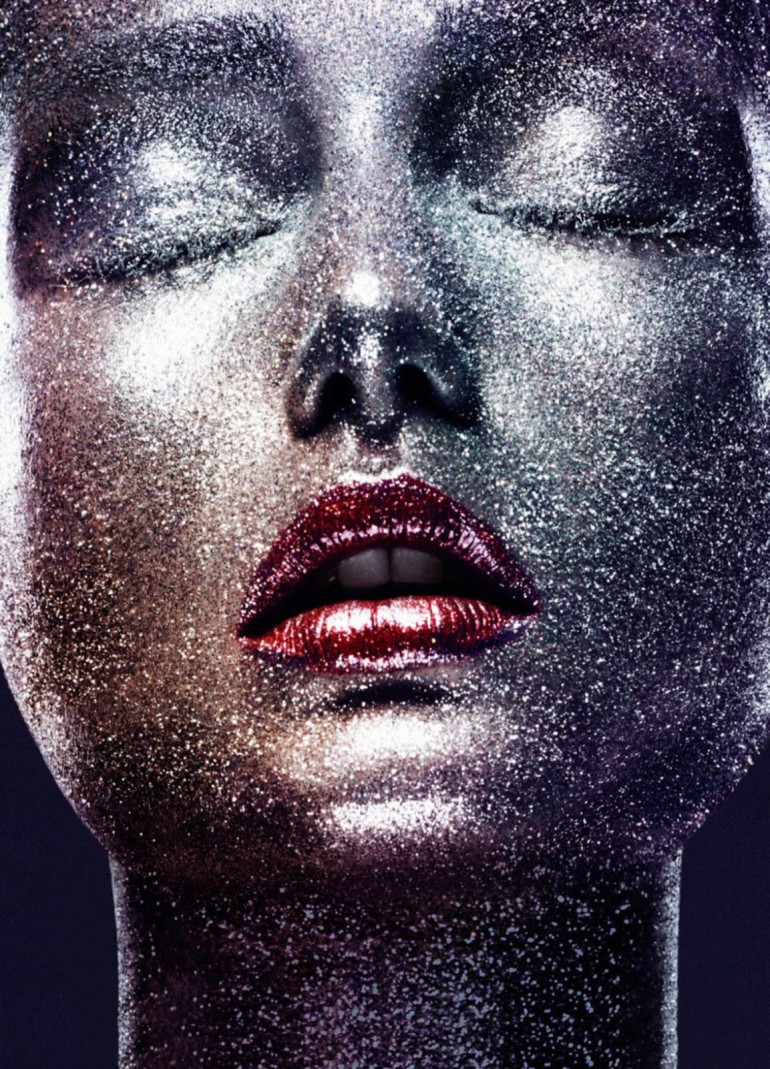 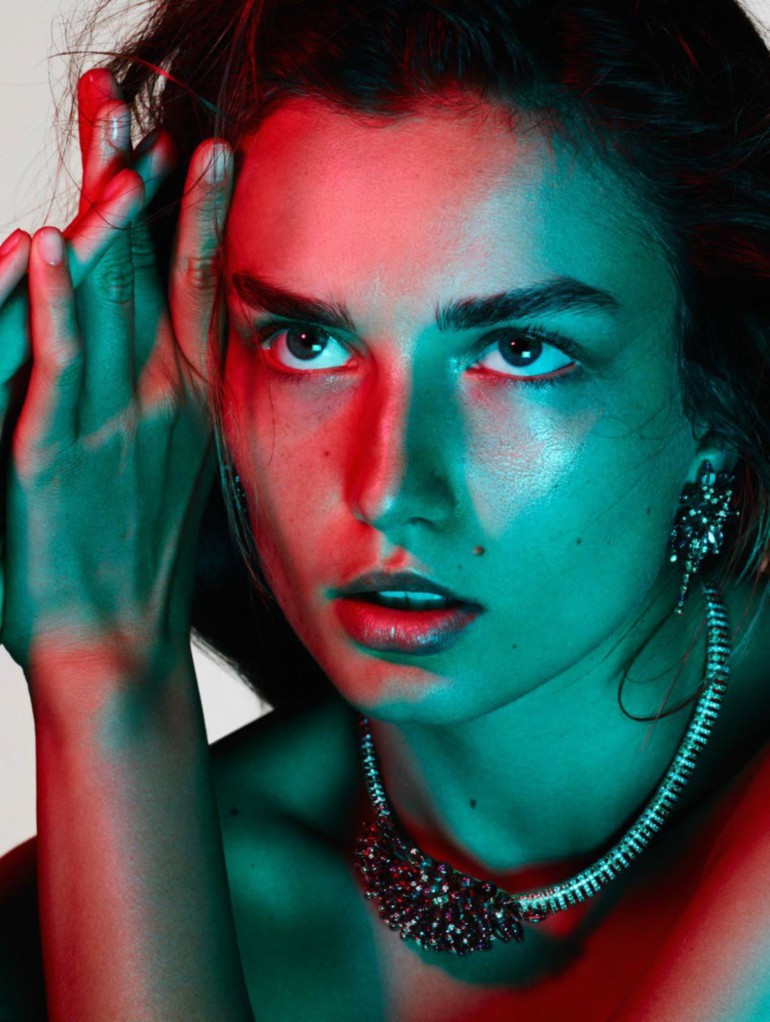 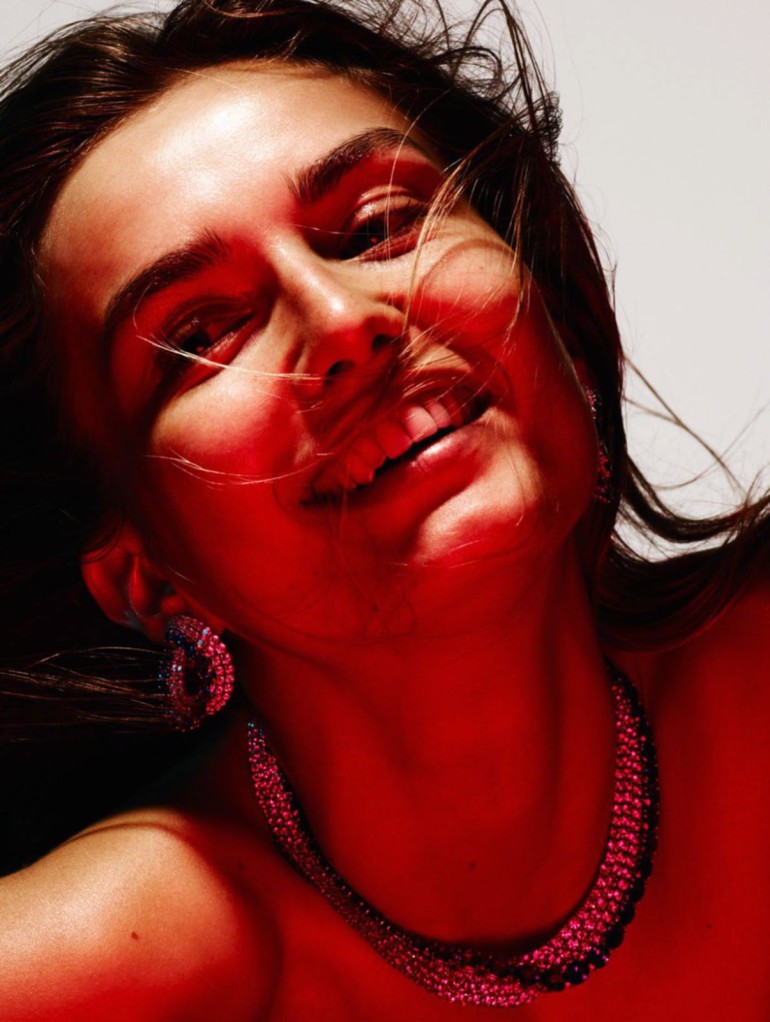 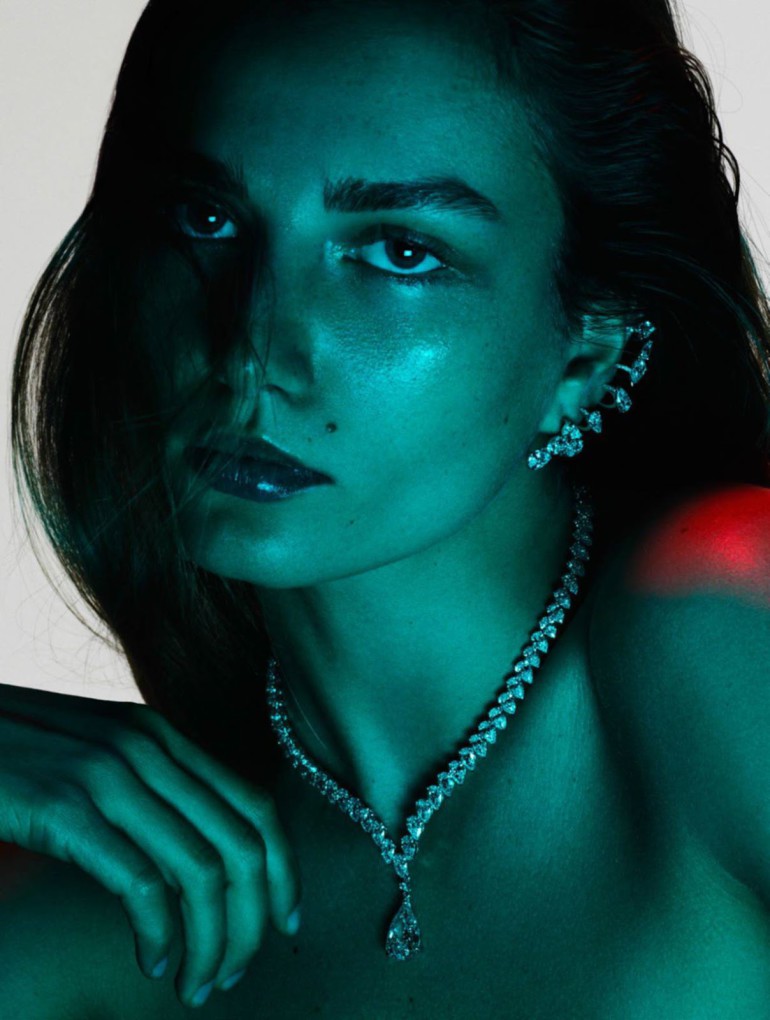 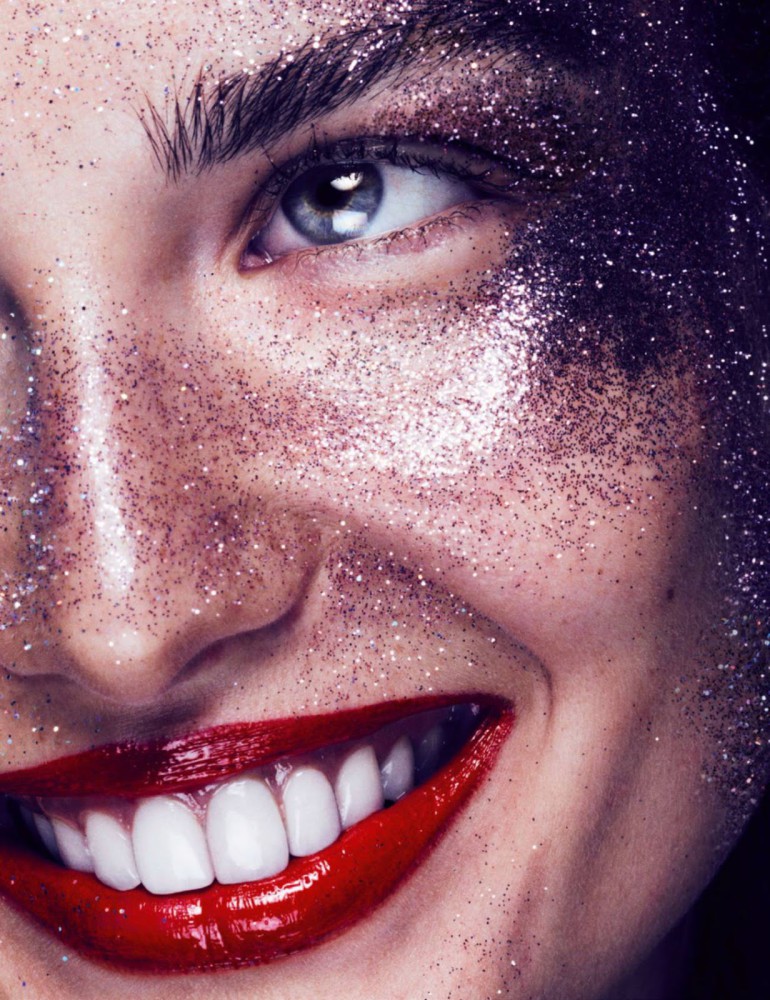 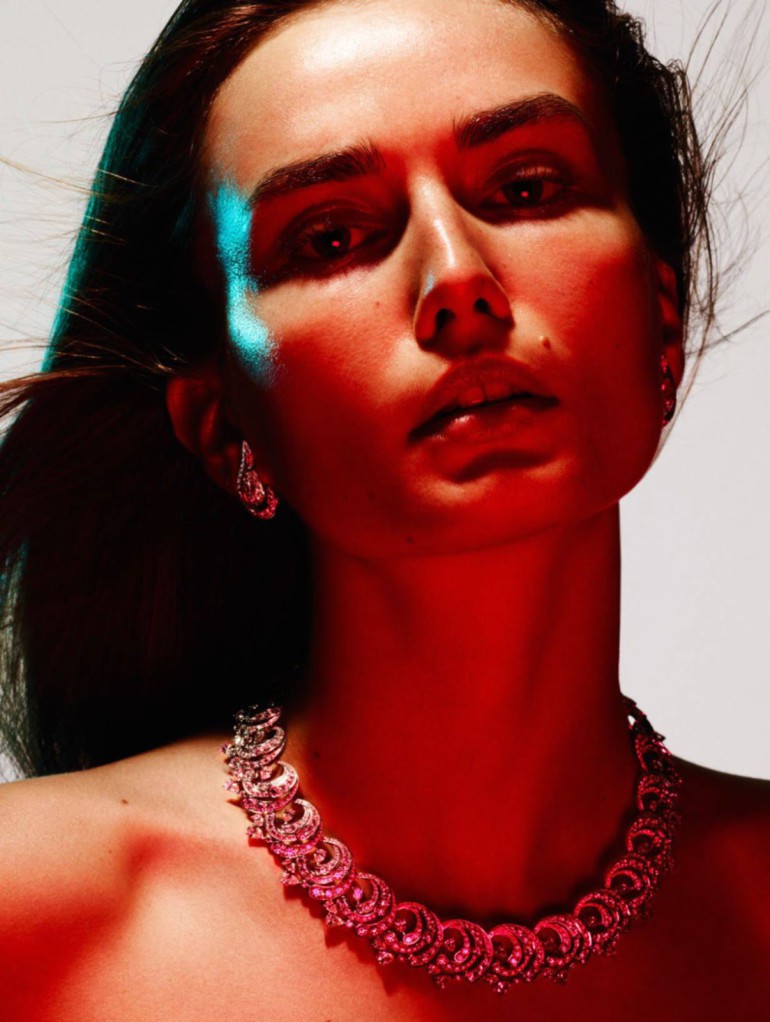 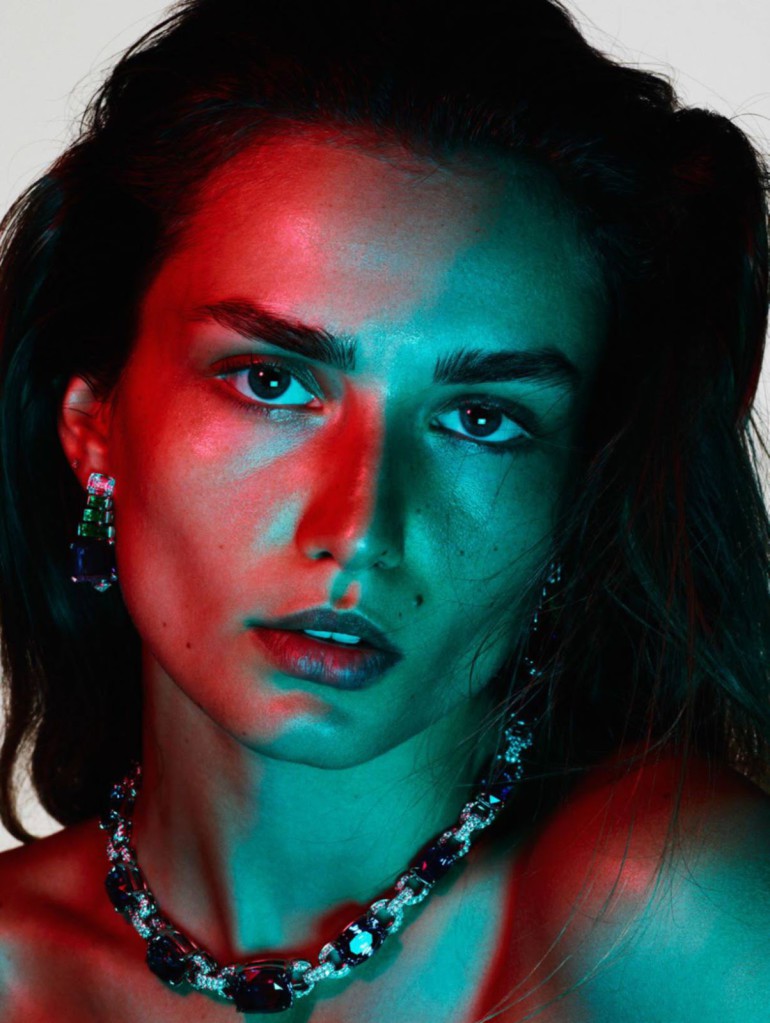 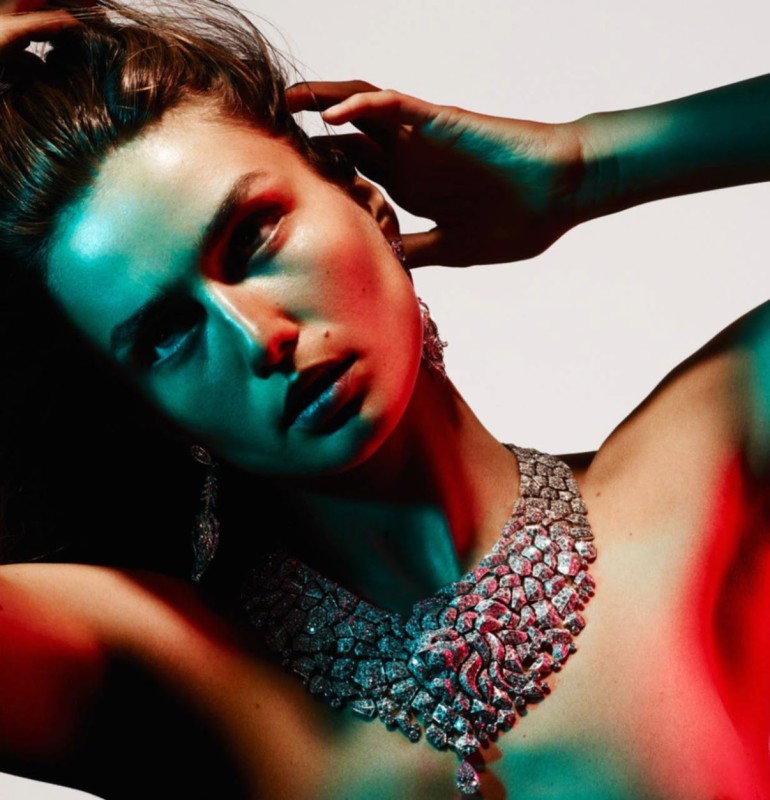 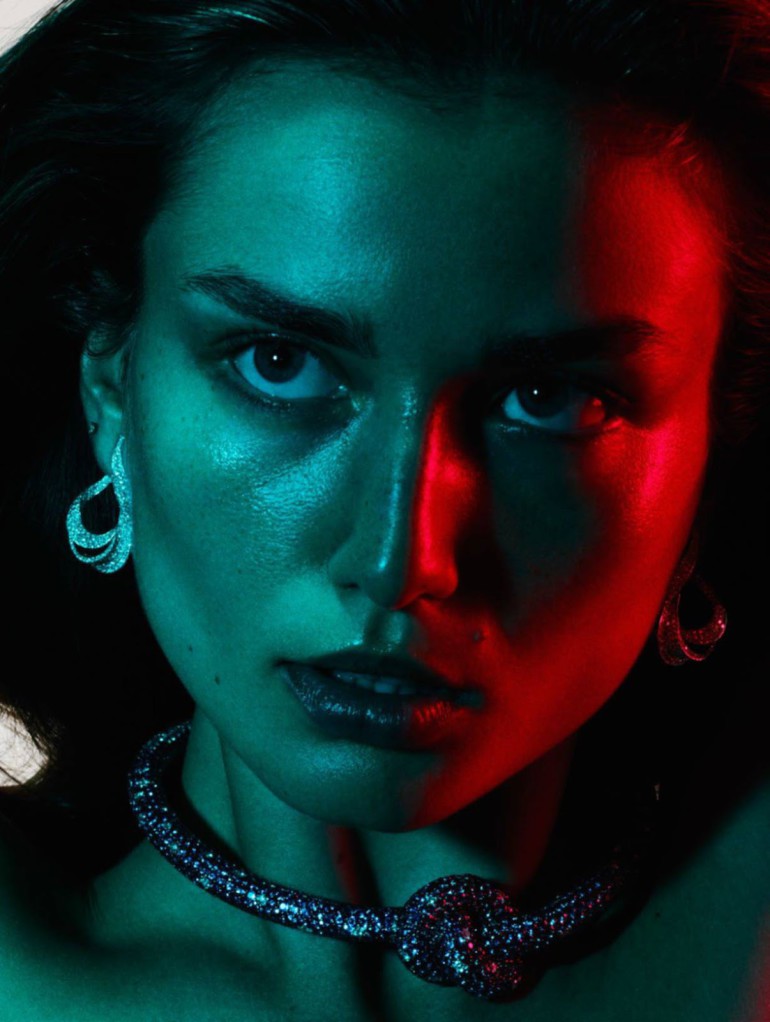 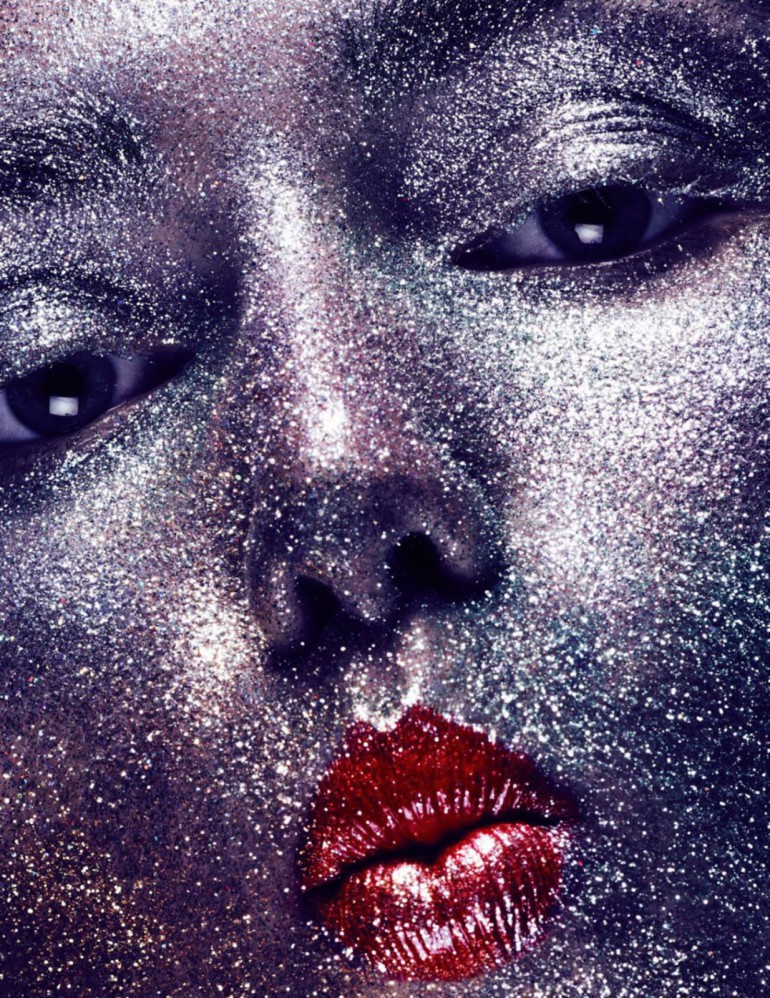