Frances Coombe portrays actors of the craft in ‘Hollywood Air’ by Miles Aldridge for Vogue Germany, October 2015. Paying tribute to eras gone by, this story celebrates the history of Hollywood. Depicting five stars of stage and screen, Aldridge invites us to take a trip down memory lane. An ode to modern makeup, Maxine Leonard, captures the passion of purity with images that honor originality. Saturation lifts the spirits, as color erupts, leaving us to succumb to the shade synonymous with Rita Hayworth. Red rules, with richness so deep we lose ourselves in the process of the sweep. Lips are flush in a neon rush as rouge matches the tantalizing tint of the brows. “Mia Farrow” shows us how to glow, by powdering her naked skin and tipping her hair in a golden hue. Coombe channels this pixie wearing protagonist by replicating images that ooze with innocence. Crystal blue captures the era as a string of pearls fall over the neck. Entering an azure world, beauty becomes as Grace Kelly’s Doppelganger transforms into a posh package. A pink pout says it all as, Amazing Grace, opens the door to a room covered in Tiffany Blue. Marlene Dietrich channels the wilder days of Billy Wilder, as we imagine an evolution in the role, The Blue Angel. Playing a local cabaret dancer, Dietrich captures the nuances of the character, by playing it with depth and darkness. Defined by desire, (Stylist) Regina Stahl mimics the madness of Lola-Lola by having her wear midnight-blue shadow and a big, blonde wig. Focusing in on the phenoms of the craft, we see this story start to fly. The Great Gatsby’s ‘Golden Twenties’ has never looked brighter than this poetic version featuring, Sally Bowles. Pitch perfect, the coiffured curls roll around the head, reigning down in poignant projection. Hidden skin illuminates as a red light floods up the face. Eyes look down leaving us to imagine, as lashes burst out in a fan of fury. Cabaret’s music invites heightened passion, intoxicating our minds with the idea of too much. A dream inside a dream, smoke rushes up the page, filling the backdrop with a heliotrope haze. Hairstylist, Kerry Warn, deserves a standing ovation, for work that honors the past while paying tribute to the future. From floating finger waves to a billowing fro, ravishing red curls to a golden glow, interpretation is seen as – the art of the anointed. 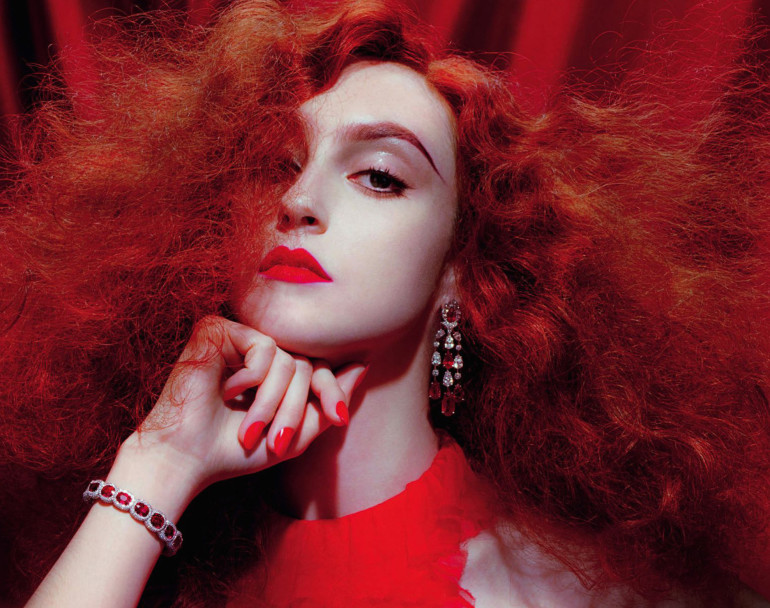 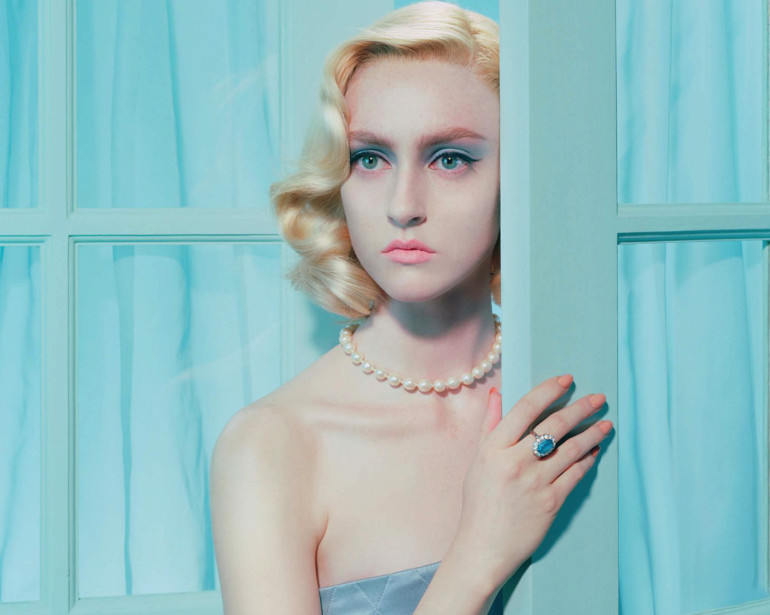 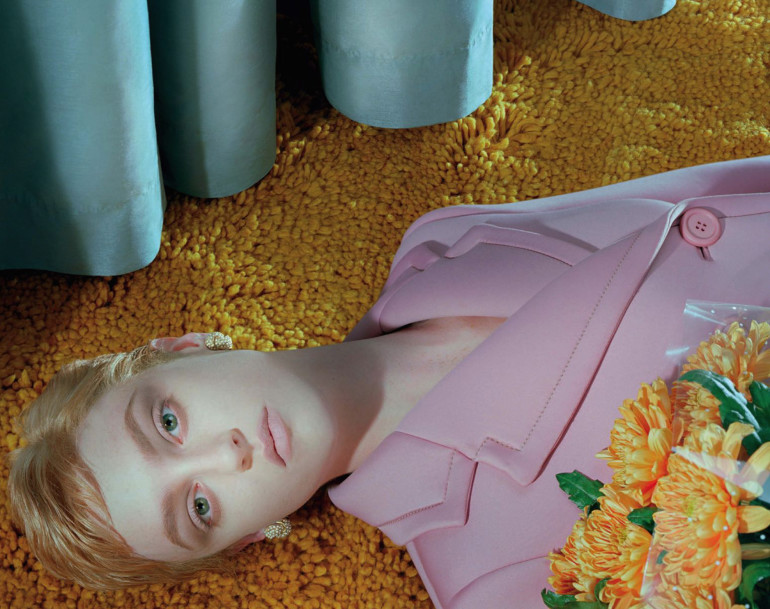 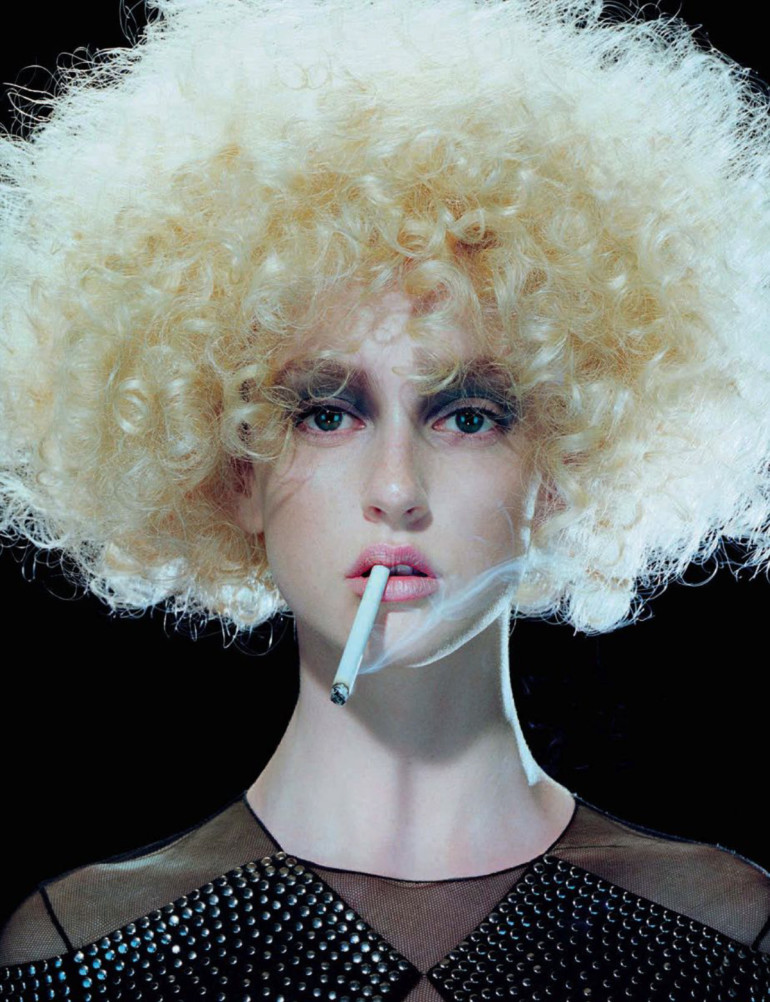 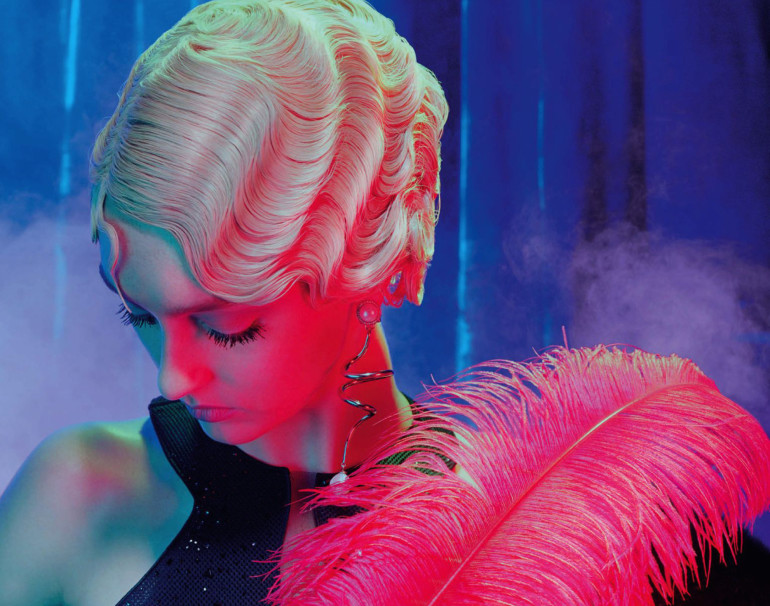