Molly Bair breaks through the fourth wall in ‘Kaleidoscopic’ shot by Sølve Sundsbø for Vogue Italia. Shiny surfaces reflect a multitude of mayhem as mirrored images bleed into the background. Dynamic endeavors transcend the page as we drive the line between playful & posh. To be covered in costume is one thing, to submerge yourself into another world, now that’s a trip I’d like to take. Succumb to the madness, in what can be deemed as one of the most enticing editorials of the season. The contour of configuration erupts with backgrounds set to magnify a 3-D effect. Stylist, Patti Wilson, cajoles a clash of creativity with fashion seen in the form of circles, squares, zig-zags and more. The body bursts free as rich hues are cast in a kaleidoscope of neon color. Geometric shapes revel in the illusion through the use of abstract disguise. Shadows create a silhouette of symmetry with architectural patterns set to stimulate. The Beauty of Bair Becomes as (Makeup Artist) Val Garland brings forth the fury of her features. Wild eyes steal the show with blue pools, so aquatic, we feel like we’re diving into the ocean. Under the ethereal umbrella skin lights up with a spotlight that shines in poetic reflection. Gone are the days of color being dispersed only over the lower lids. Hypnotic hues set in as the power of perception sees all. Now is the time for tectonic shades to shoot straight up from the lashes, and head directly to the brows. The mouth makes a strong statement matching tones in perfect harmony. Bordeaux pops off the page delivering hyper real looks with the lure of the lips. Hairstylist, Eugene Souleiman, mimics a modern day Joan Jett, with dyed black strands covered in flashes of purple, red and yellow. Moving through each shot like a cat on a hot tin roof, this feline fuels the fire with photographs that speak chic. Bair becomes someone else in this story that uses the depth of dimensions to express the savagery of the spirit. 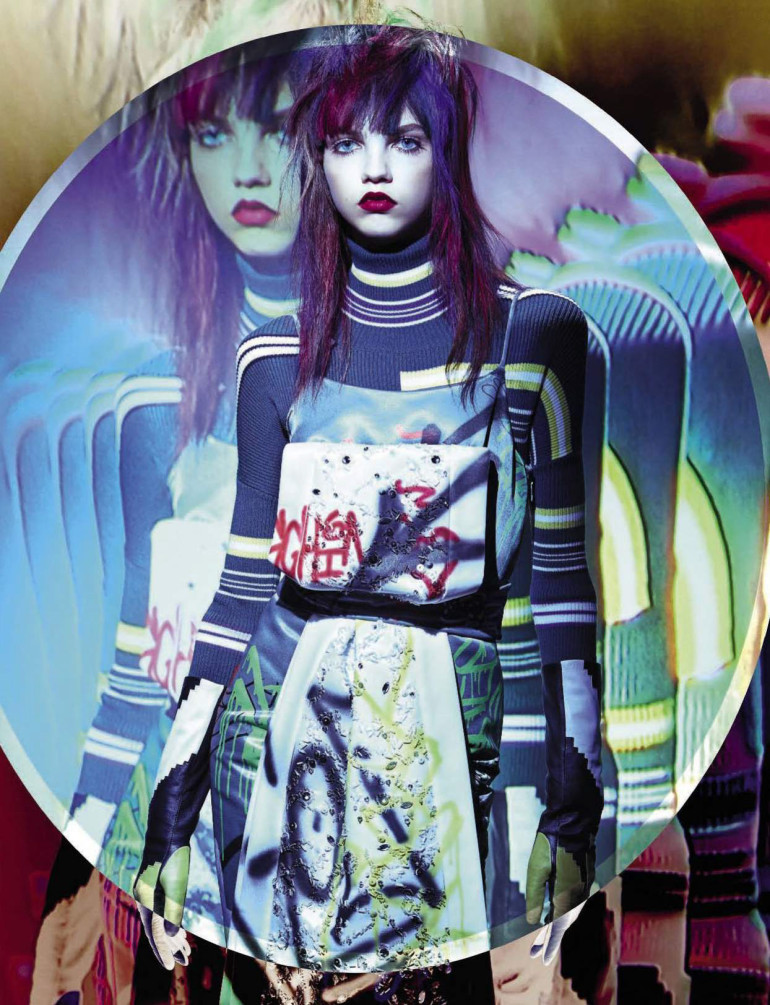 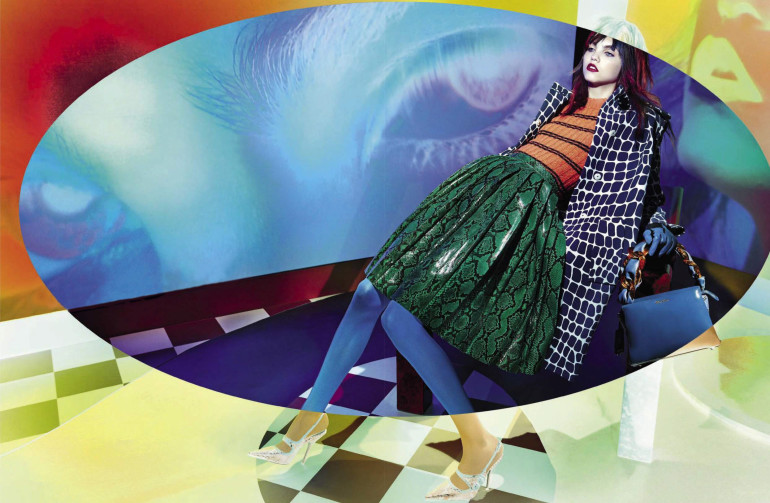 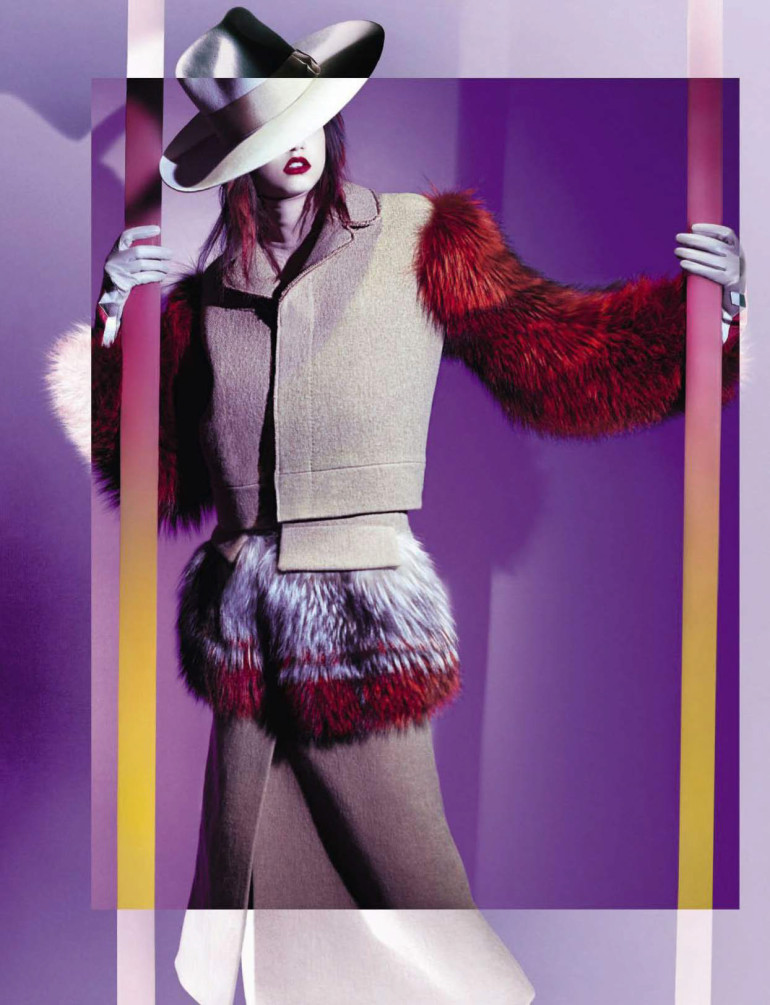 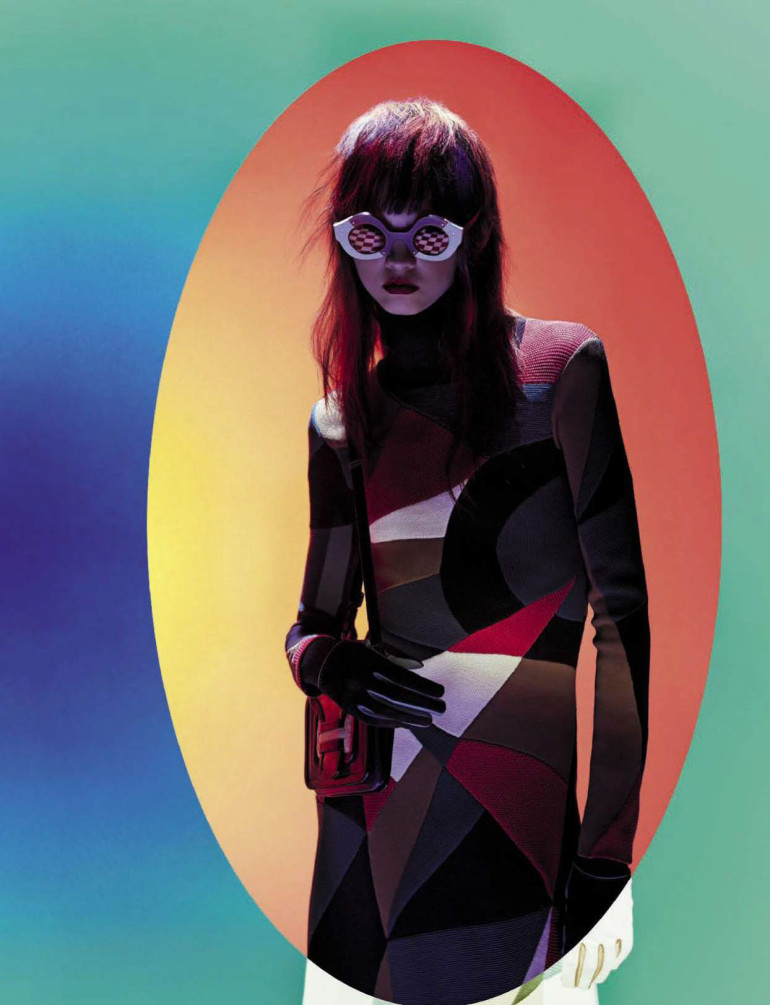 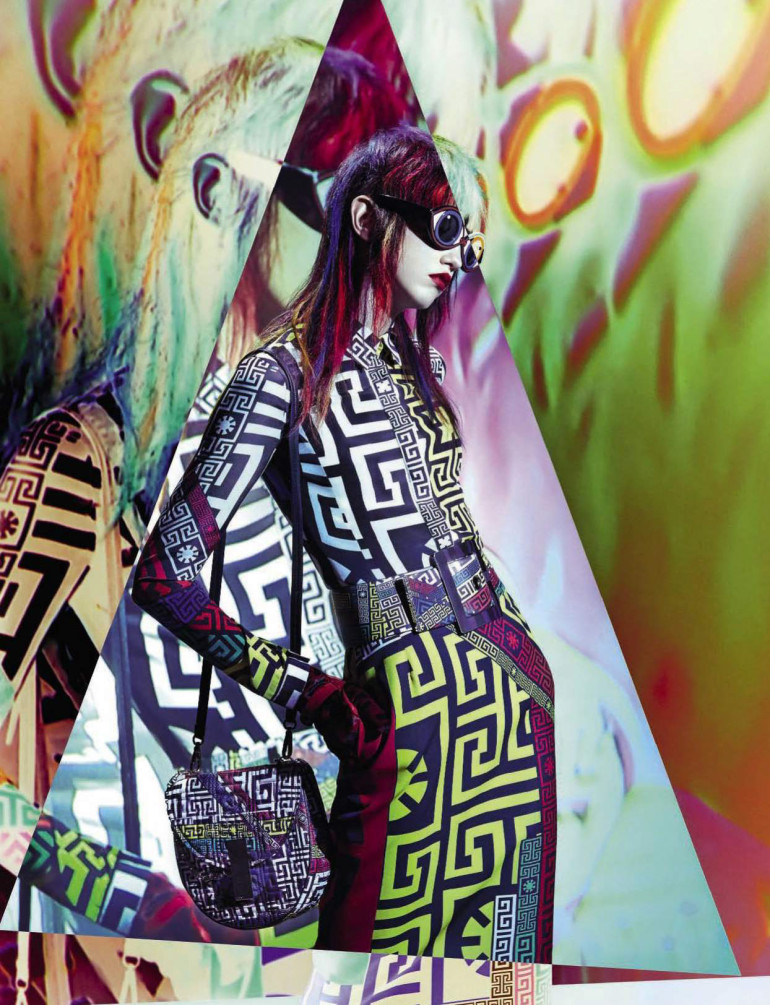 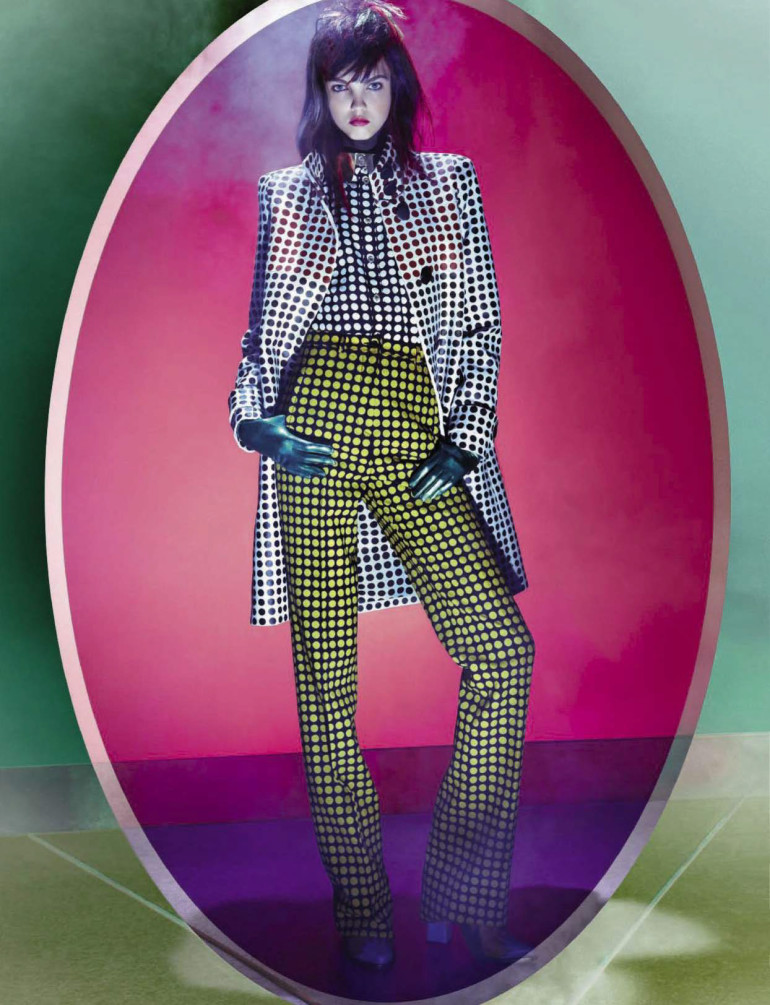 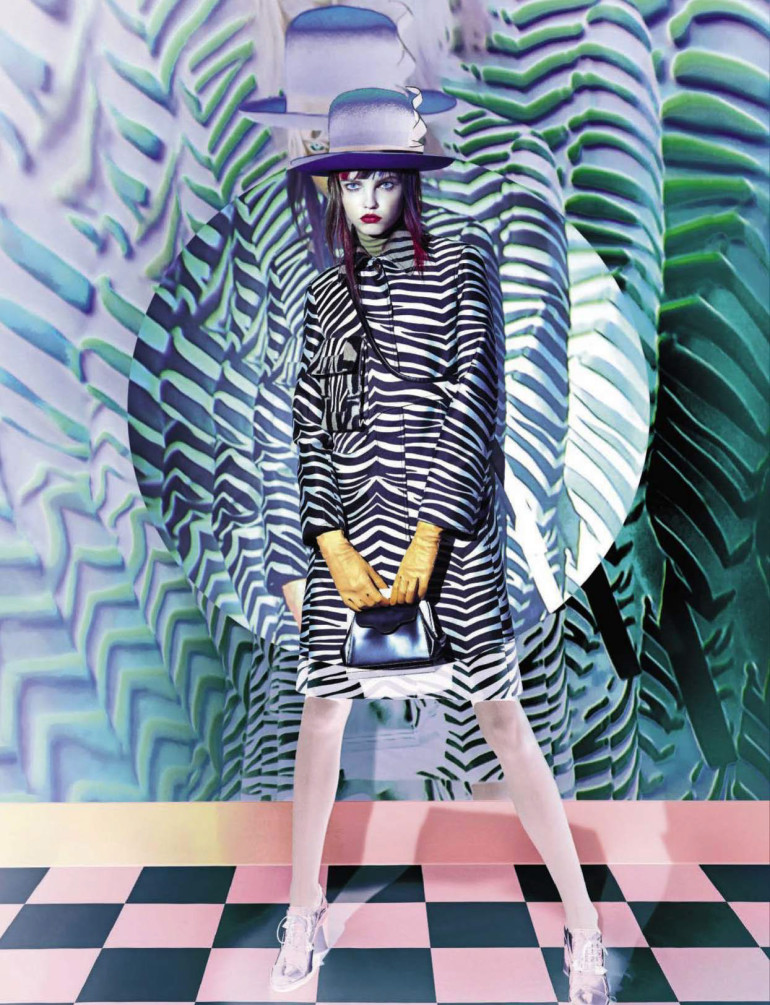 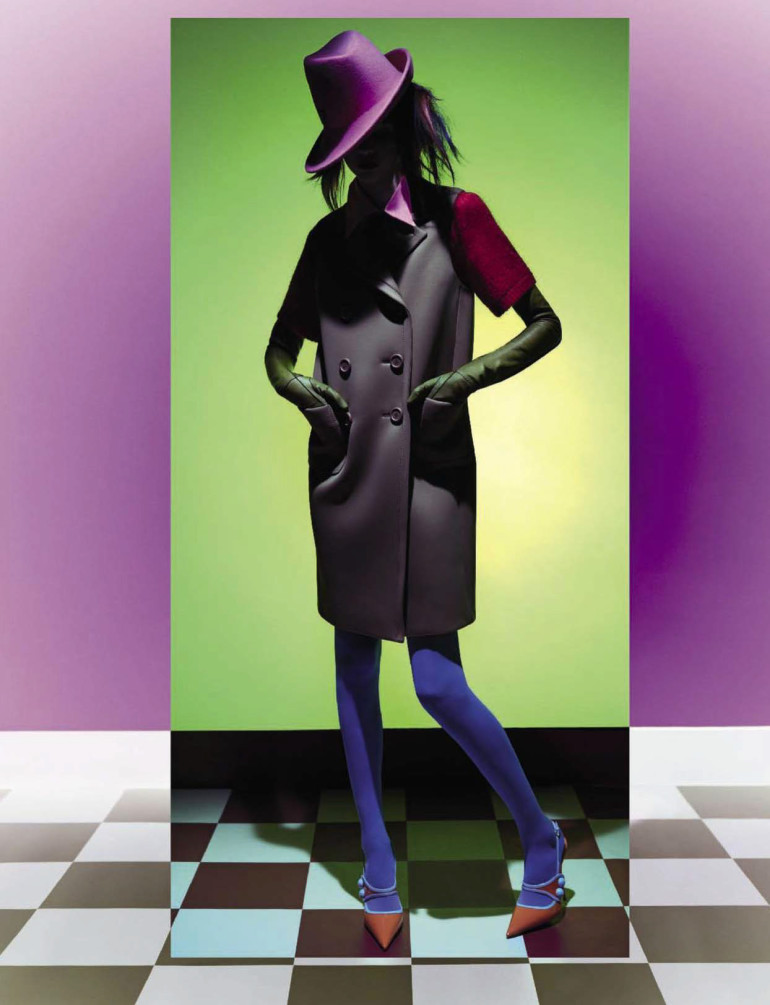 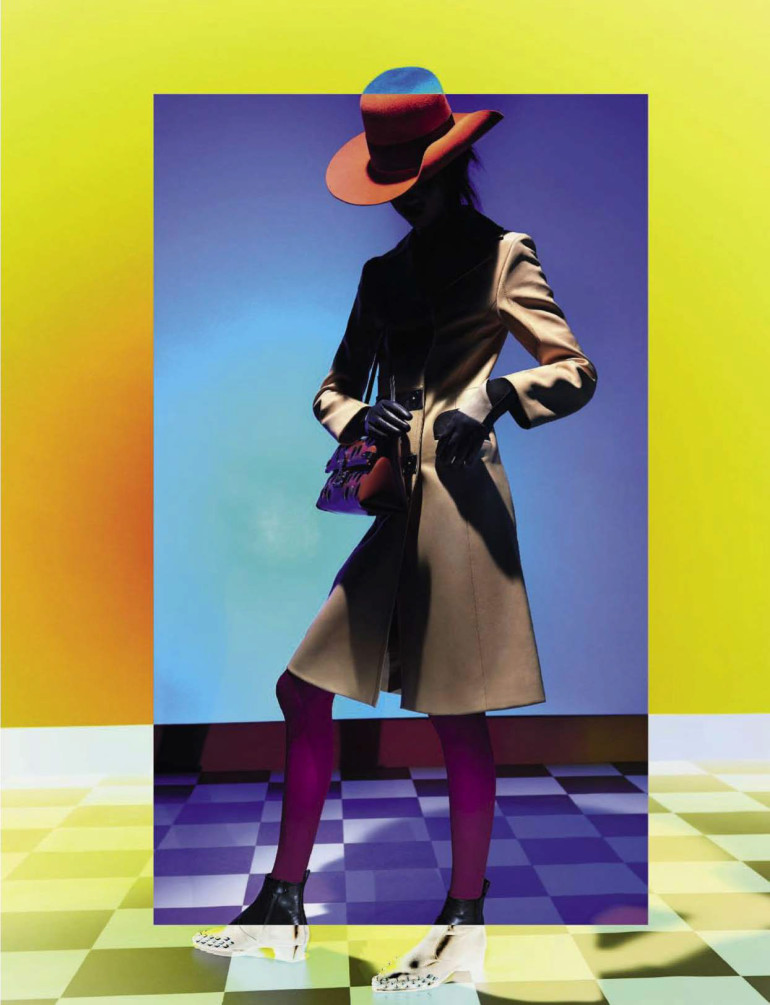 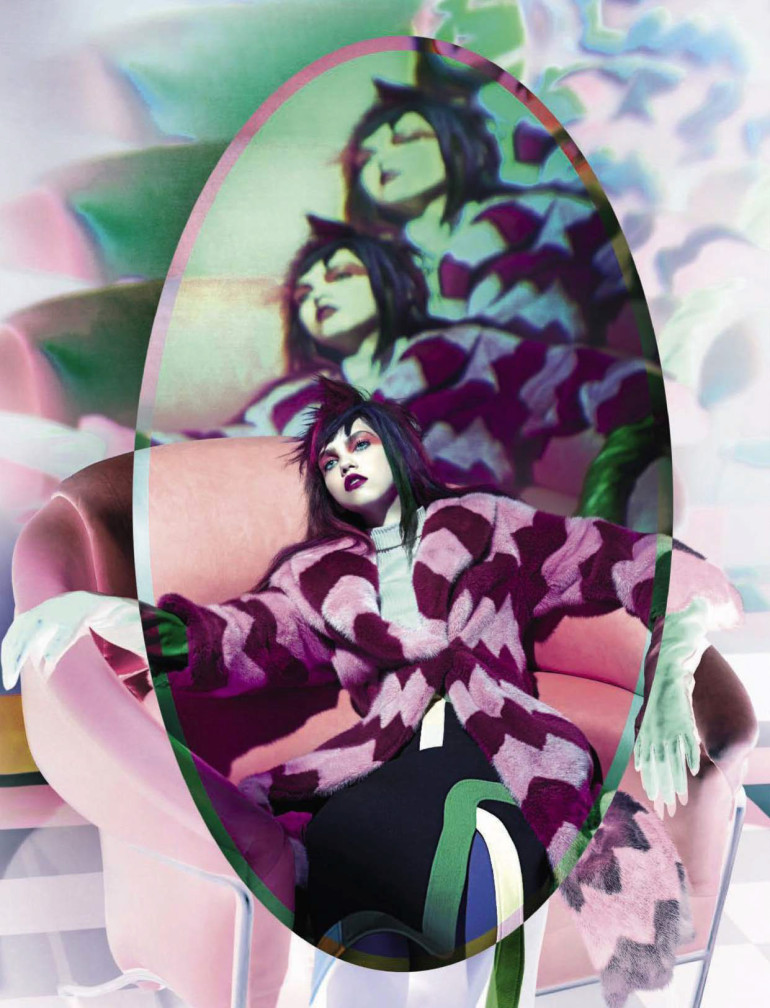 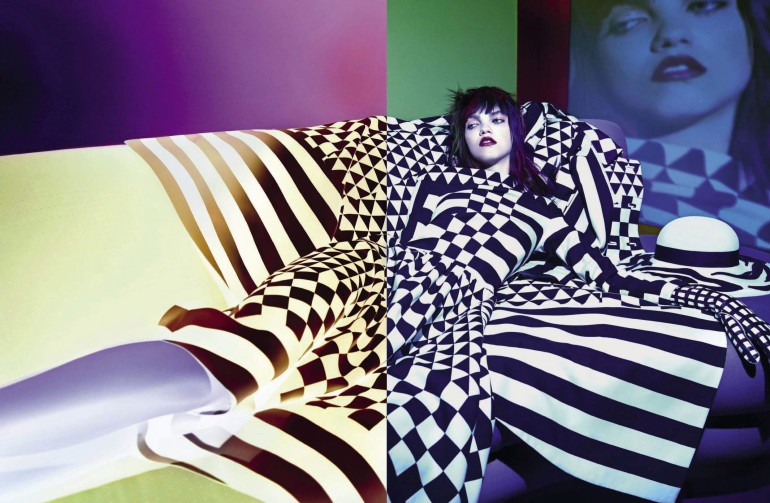 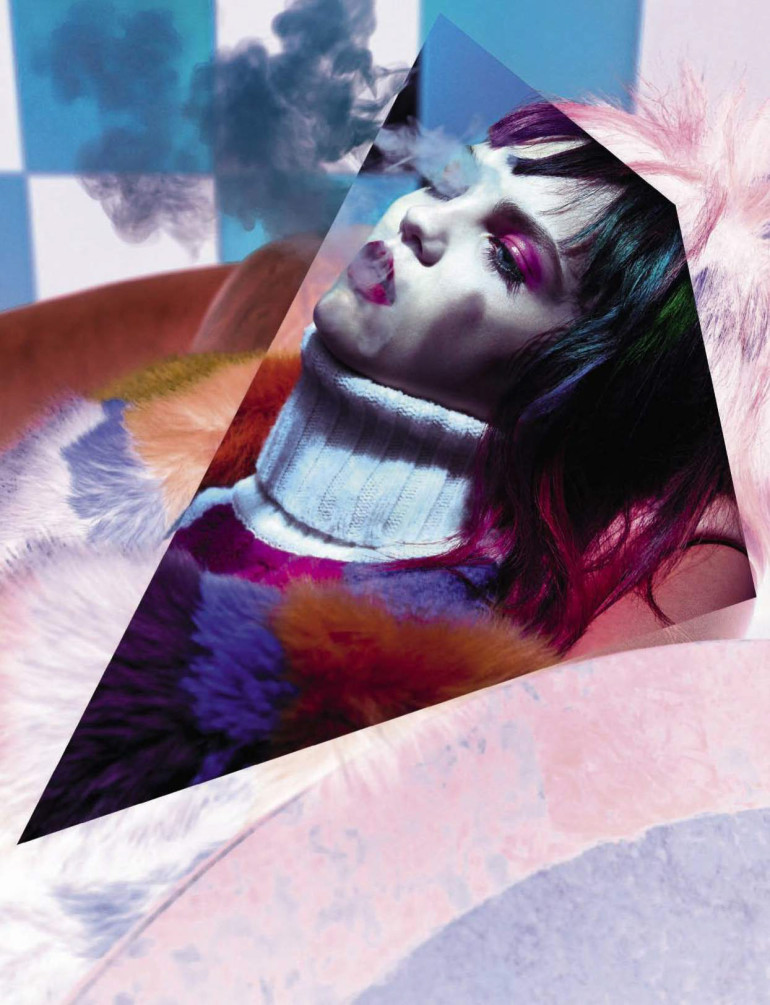 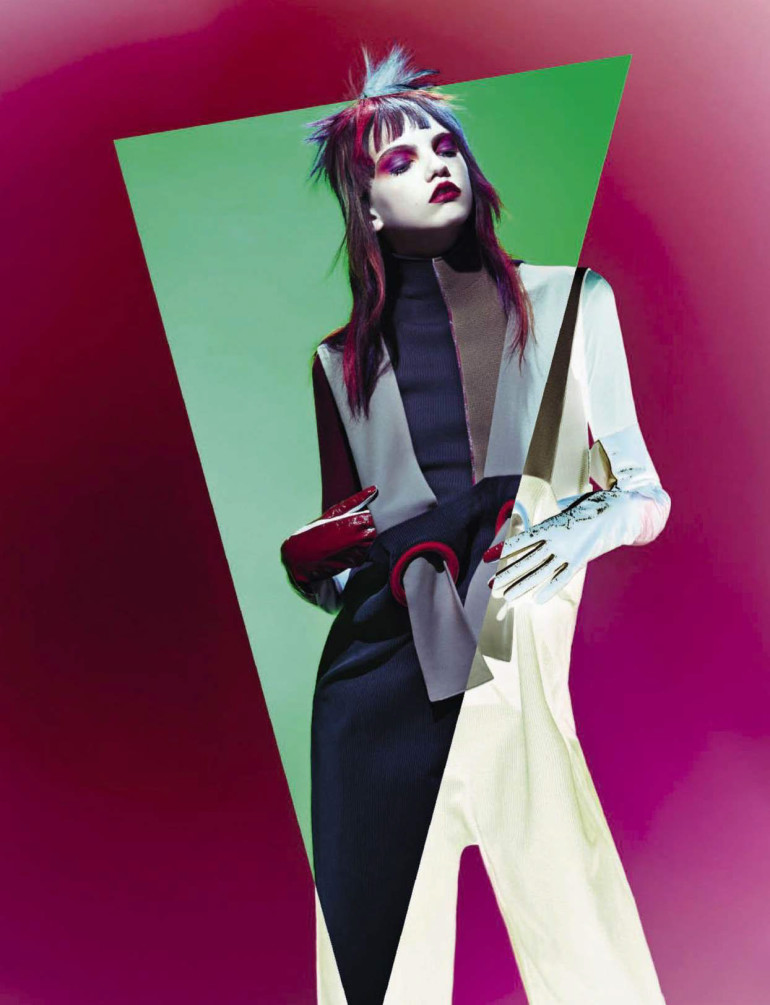