Emily DiDonato engages in the costume of change in ‘En Boucle’ by Ben Hassett for Vogue Paris, November 2015. The art of obscurity is captured in the click of a camera. Hiding in shadows aching for light, to camouflage beauty is a veiling of the night. Bright ignites an aura emanating from the center, with wild waves reaching all about. Golden lockes fill in the frame, rushing from the head in a mane of explosion. Using wigs as a source of transformation, (Hairstylist) James Pecis alters the outfits by the choice of coiffure. From high and tight to long and loose, the waves of the century are shown in the drama of a head dance. The future is here with styles so stimulating they force us into another century. Retro revived curls stay strong, hugging the scalp like a long-lost friend. An afro erupts in a sea of tranquility, with buoyancy that creates a hyper-modern shape. Stylist, Celia Azoulay invites the era of enlightenment to arise with a 70’s inspired layout designed to defy. Fashion is fresh with retro infused flavor, while tempting with a taste of tomorrow. This story forgoes the idea of extreme in favor of something authentic. To mimic is merely a game, to engage is the mark of true theater. Dressing up plays with the concept of pretending, while the art of becoming breaks up the character’s mystique. New beauty blooms as, (Makeup Artist) Georgina Graham invites us into her palace of pleasure. What was once seen as features strewn across the face, is now but figures computed in mere place. Moving through the craft of masquerade, the disguise dares to change form. Emily takes us back to the day with wigs that speak the decades language. Cloaked in camouflage the face changes form, allowing color to cast off in symbiotic chaos across the skin. Freshness emanates a look distinct to that time, with clean brows and lips that let the eyes take center stage. Modern makeup is seen more as a statement of independence than a choice of cover-up. Beauty shifts from all wide eyes to looks that focus on a new form of expression. An era marked in extreme, a line is drawn over the center of the lid creating a division of optical illusion. Avant-garde fantasy marks its territory with skin that looks like it’s lit from within. Hot lips burn with desire as one red mouth is on full display. Going beyond the external, this editorial invests in something new. An ode to the era, by playing with different time periods they are able to deliver a surplus of unique styles. 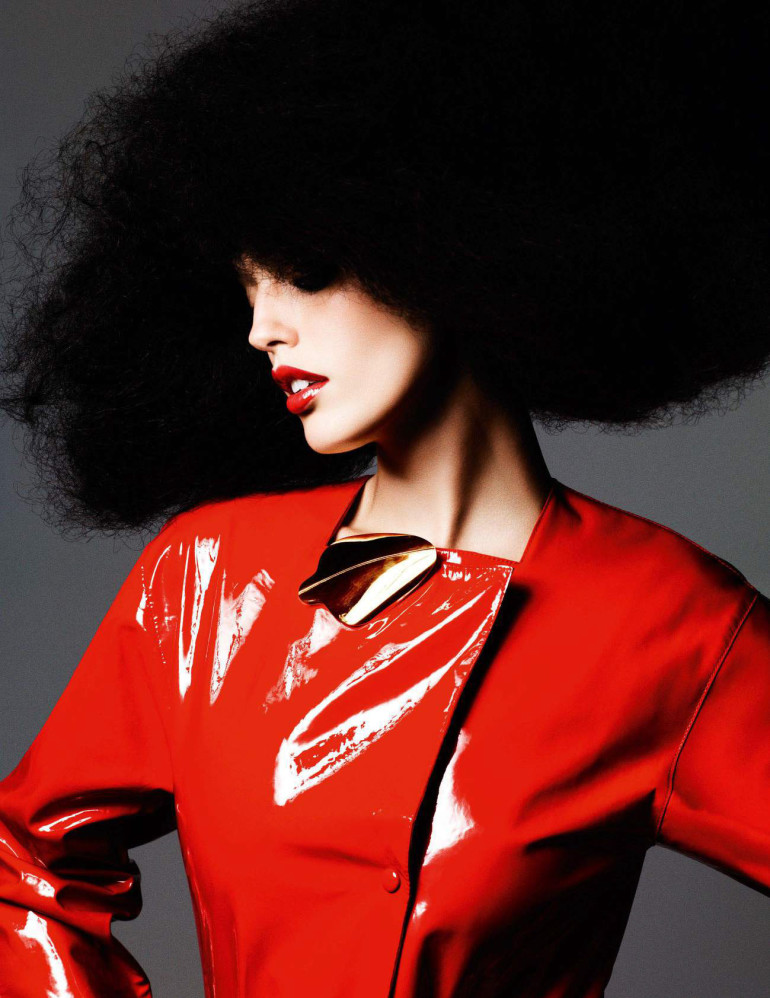 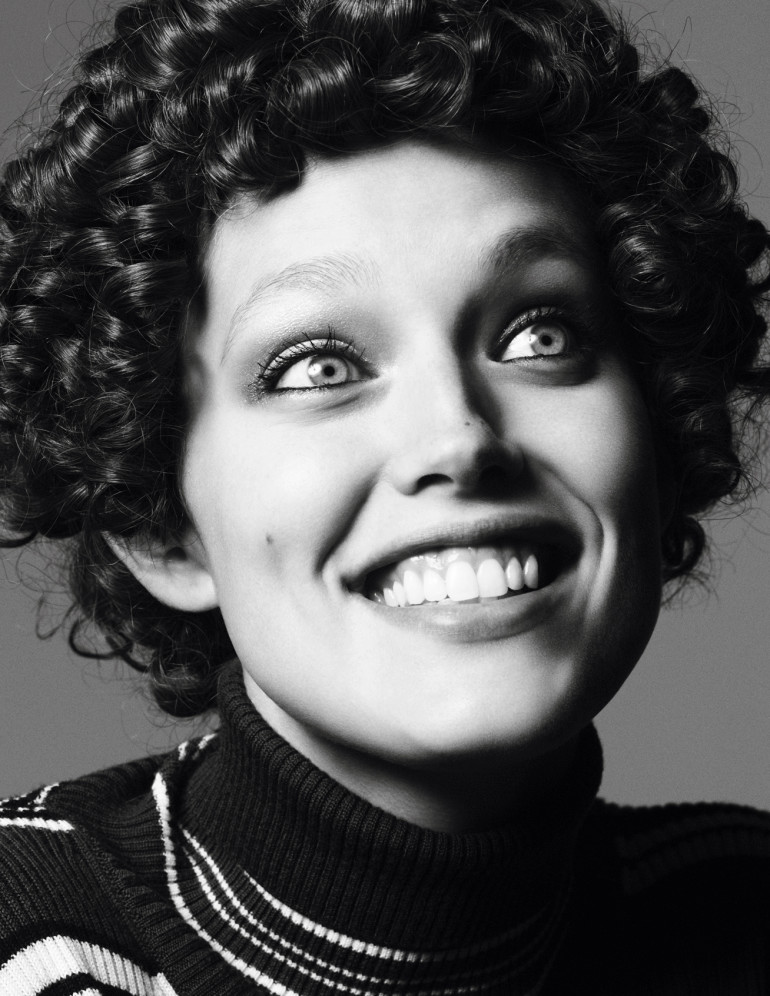 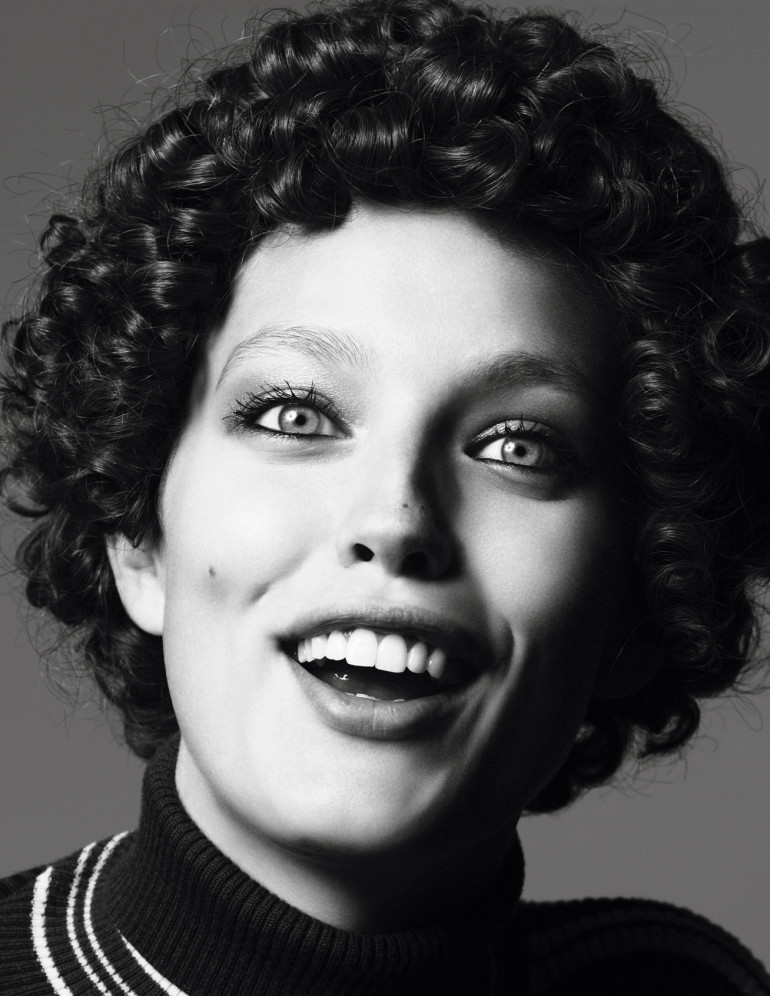 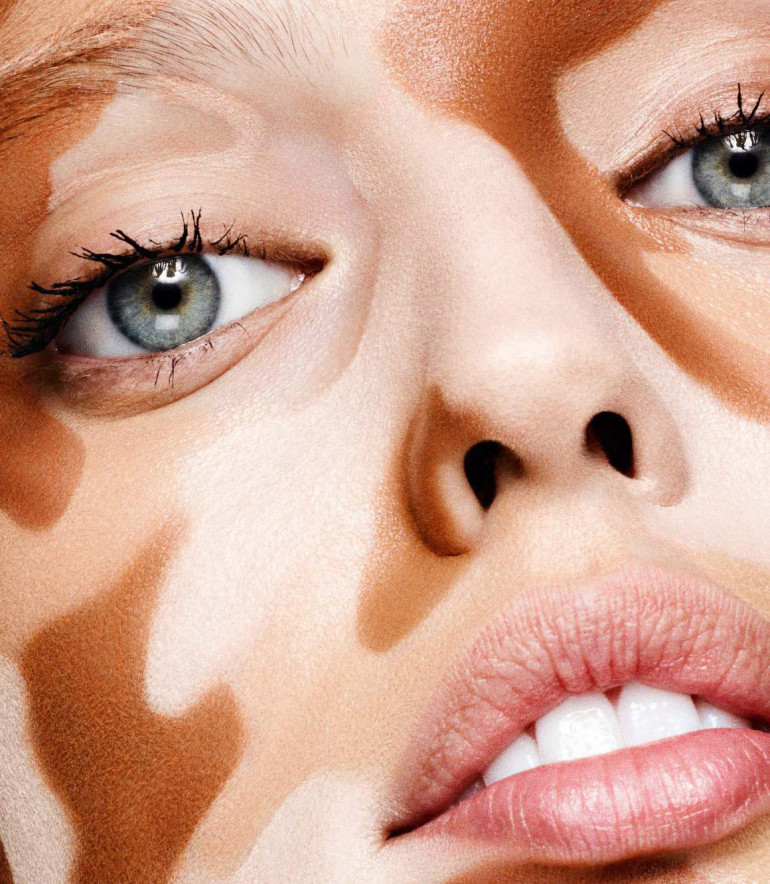 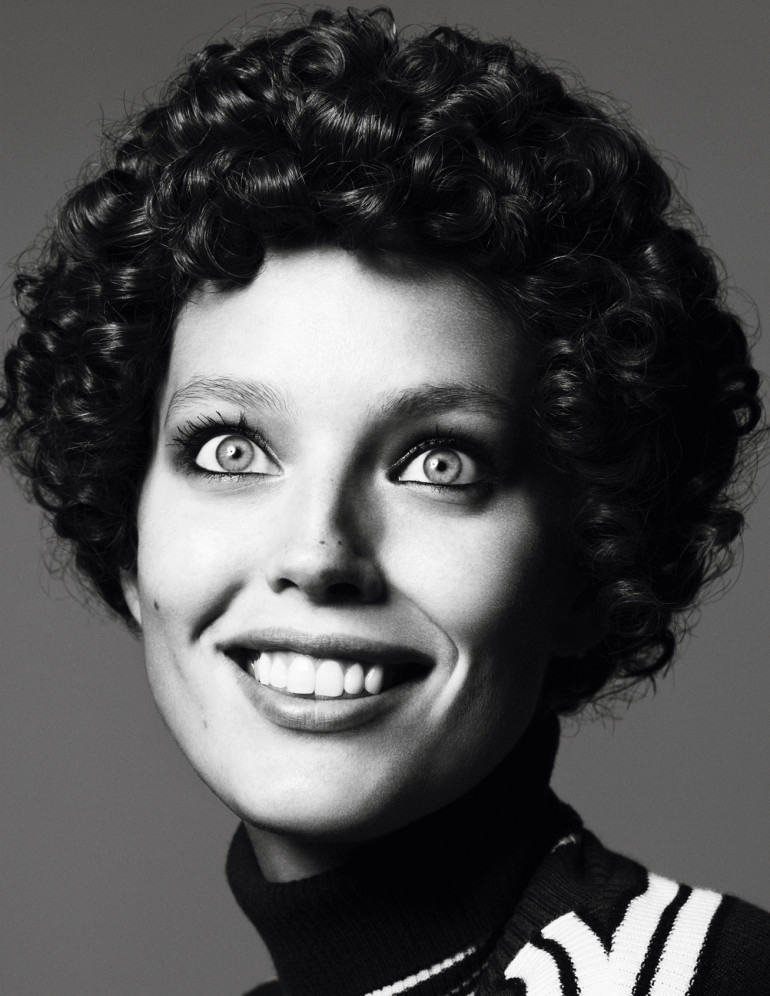 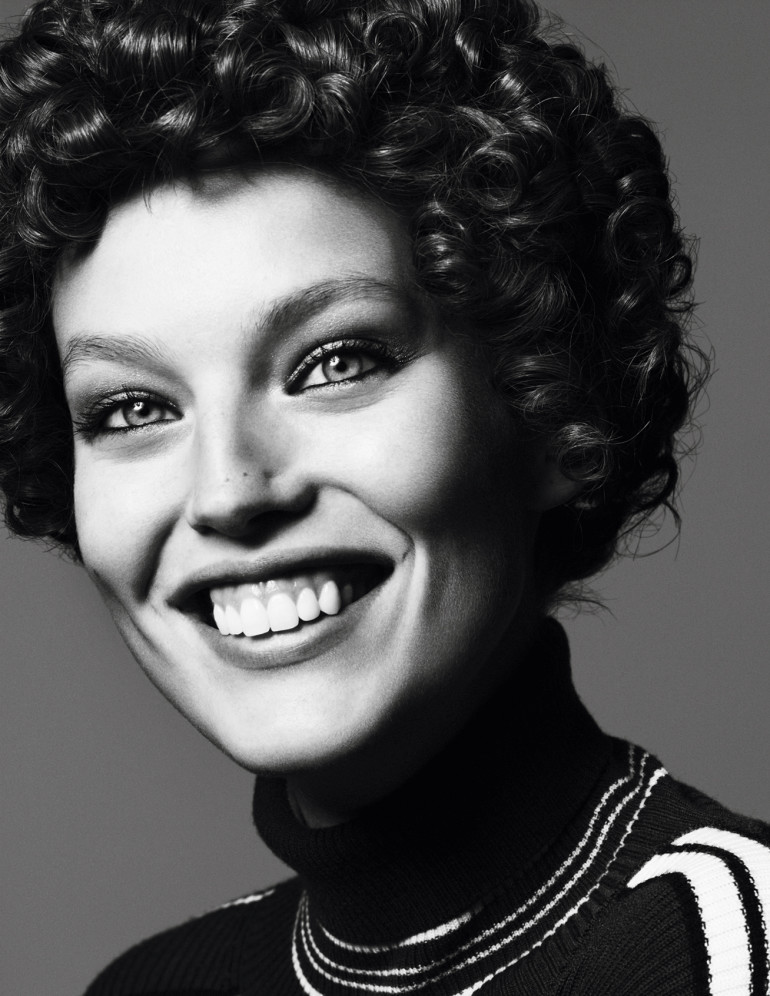 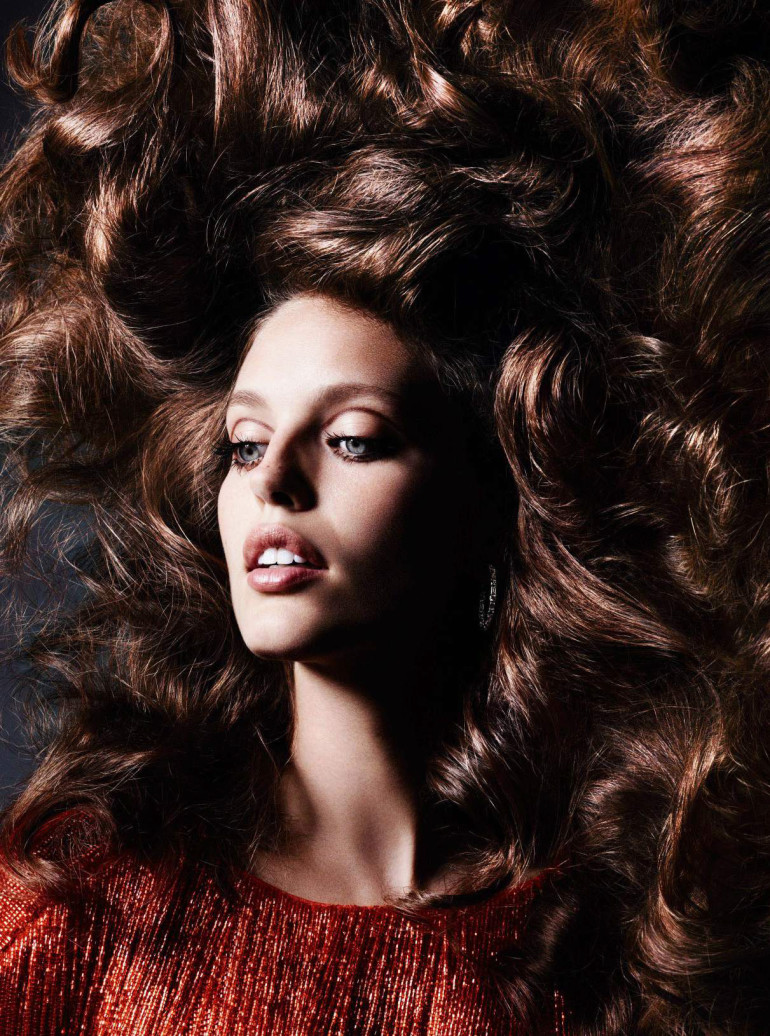 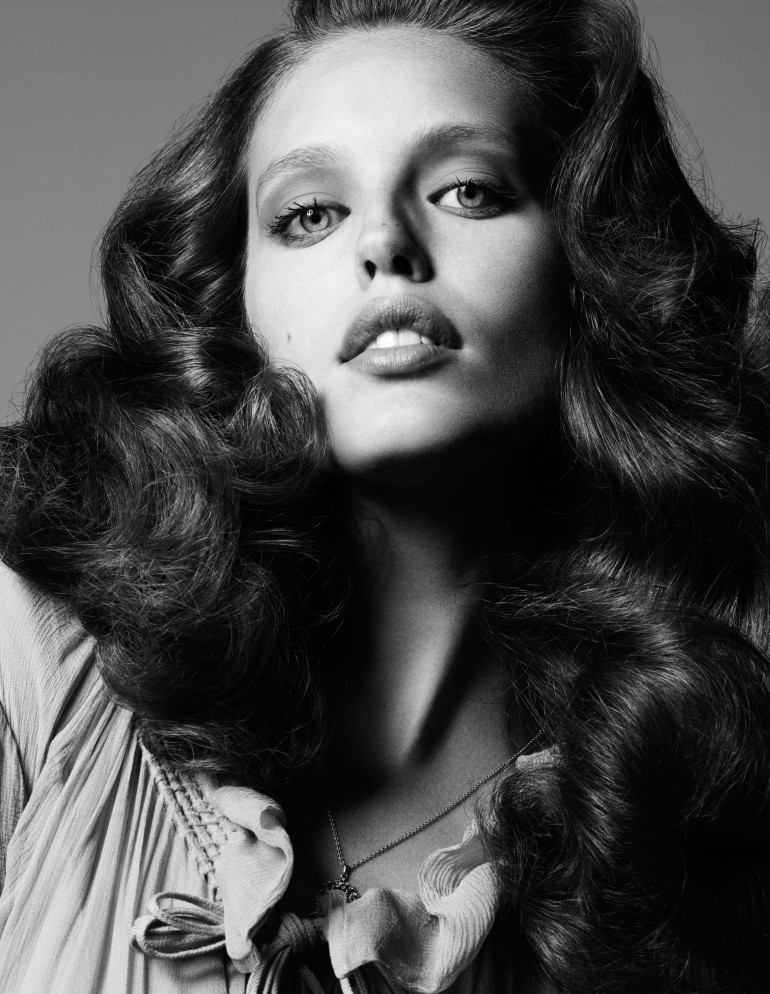