Anna Cleveland, Molly Bair, Natalie Westling, Aya Jones & Greta Varlese make a strong statement on saving the planet in ‘Shape Shifters’ by Patrick Demarchelier for Garage Magazine, F/W ’15. Simplicity takes on new meaning, as each image is defined by its distinct ability to go outside the lines. Daringly dramatic yet artfully unique, this exquisite piece plays with the boundaries of the mind. Fashion Editor, Robbie Spencer, straps us in for a ride to the other side, as he takes us to the far-reaching corners of the fashion imagination. Ingenuity reigns supreme as he imposes a kind of pseudo opposite effect on the scene. Fall’s chicest wares are on display as each deconstructed design completes a dismantling of the dull. Inviting us to re-imagine the confines of couture, extreme shapes create novel silhouettes, by wrapping everything from foam-pillows to electronic gadgets. The power of clothespins build a new bodice, as hidden balloons bust out of Bair. Posing proud, Cleveland stands like a statue symbolizing survival, with hangers twisted in tangled victory. Metal makes its way around the body like a foreign fighter taking hold, as pearls dangle in defiance, leaving wires to wrap around the head. Beauty bends as (Makeup Artist) Adrien Pinault entices us to explore the avant-garde playground. In one of the most unique stories we’ve seen this year, Pinault pushes the limits of propriety. Aqua blue surrounds the lids in a perfect circle, as yellow screams across the cheeks leaving red to blast over the lips. From a full head disguise to a plastic half-mask hiding just the eyes, color is cloaked in semi-concealment. A veiled visage covers the face as distinct brow lines are drawn over the top. Bold shades are distorted by the nylon as Anna’s severe makeup is altered under the hose. Rich pigment comes undone as the rest of girls greet us with naked skin. Hairstylist, Tomo Jidai, creates an aesthetic feat by building hair that looks disheveled, but, in-fact is carefully coiffed. A statement on that which we choose to covet… this piece asks us the powerful question, what are we willing to give up? 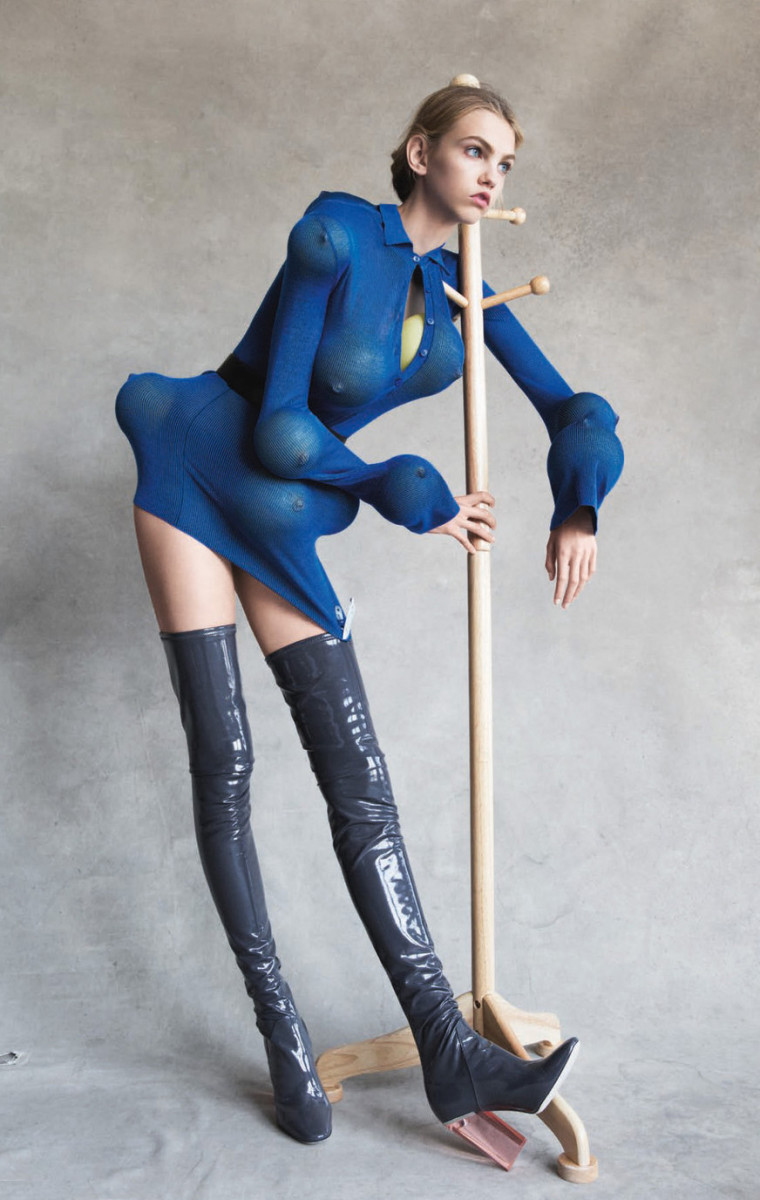 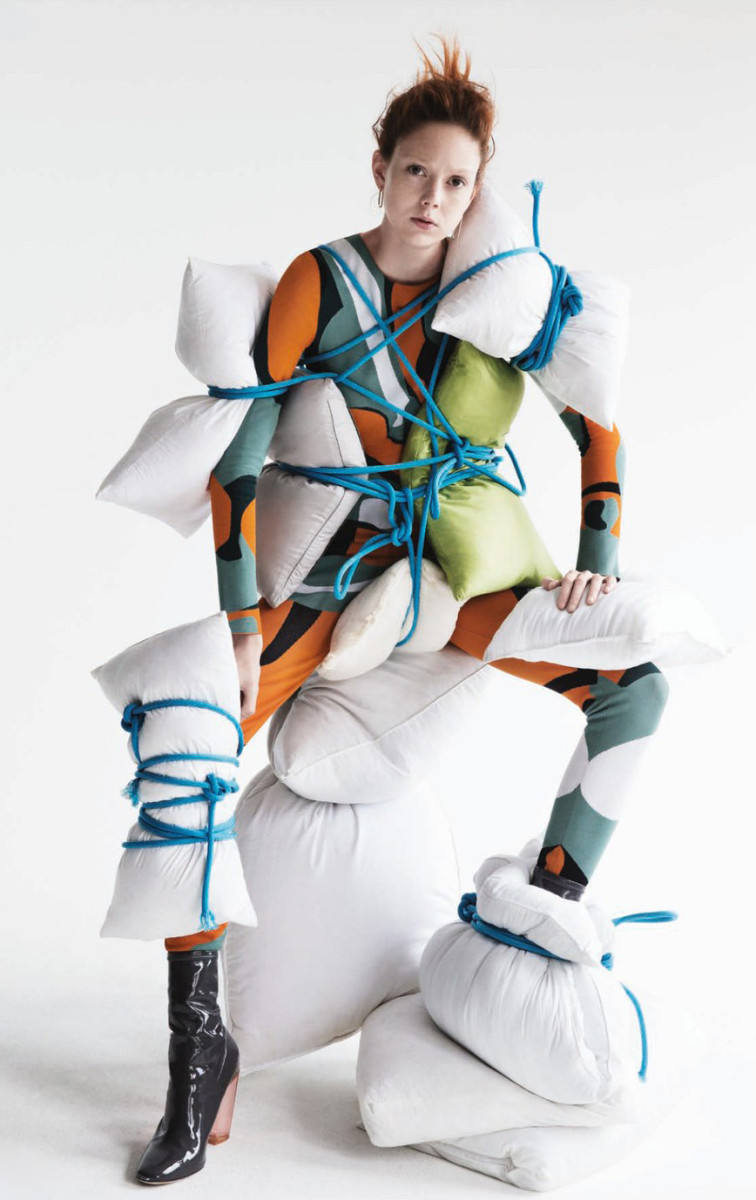 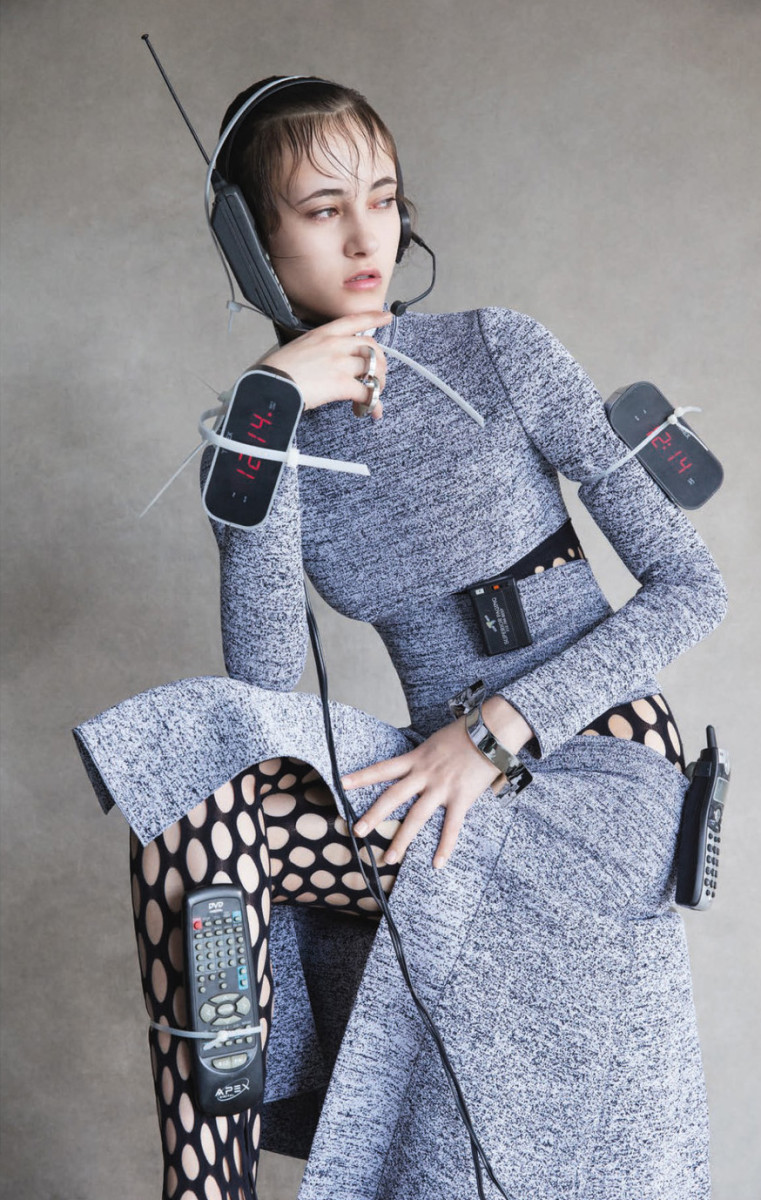 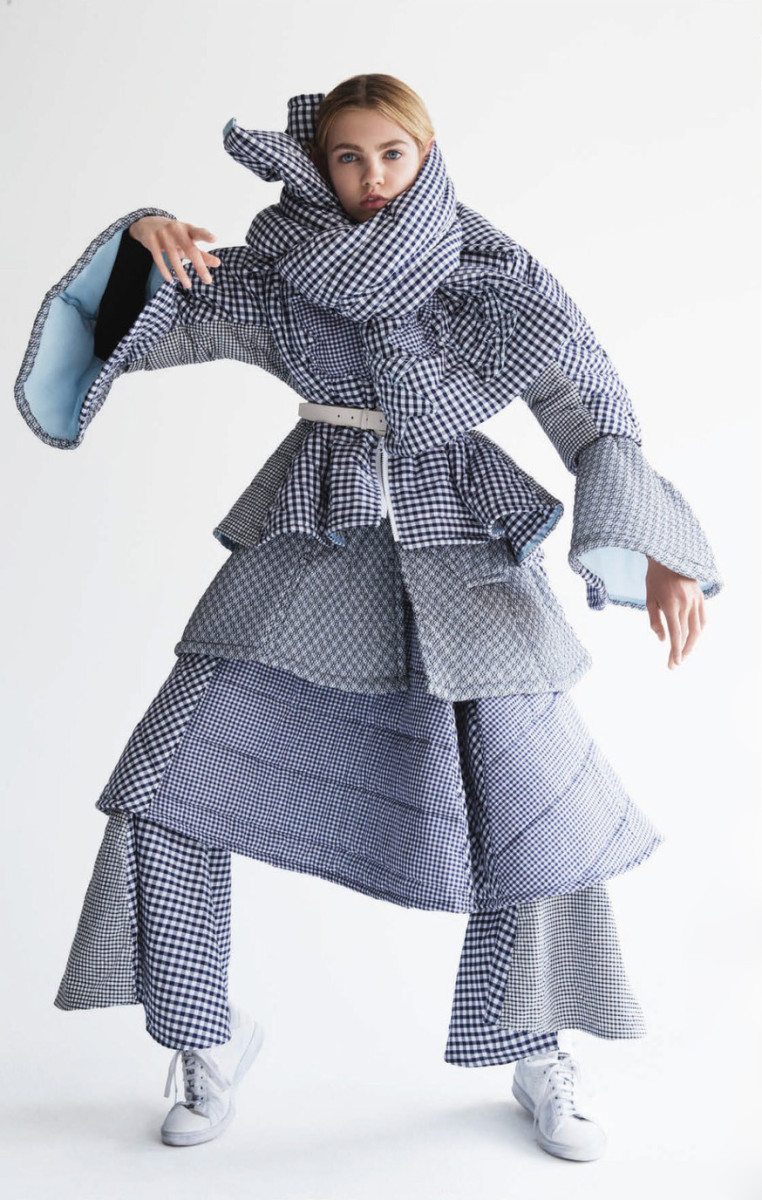 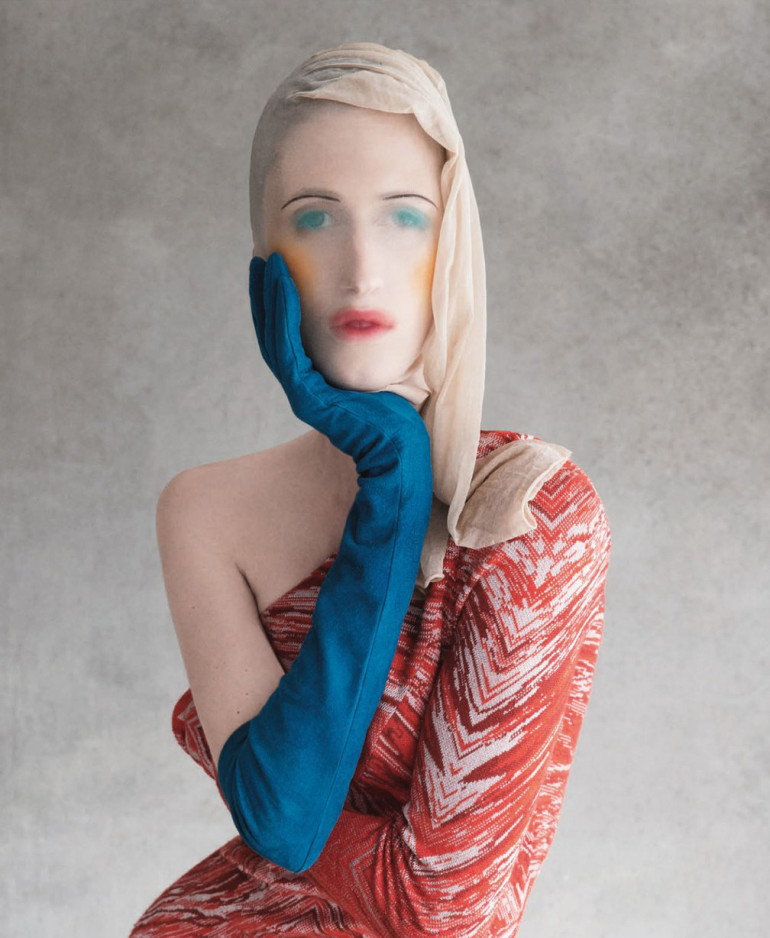 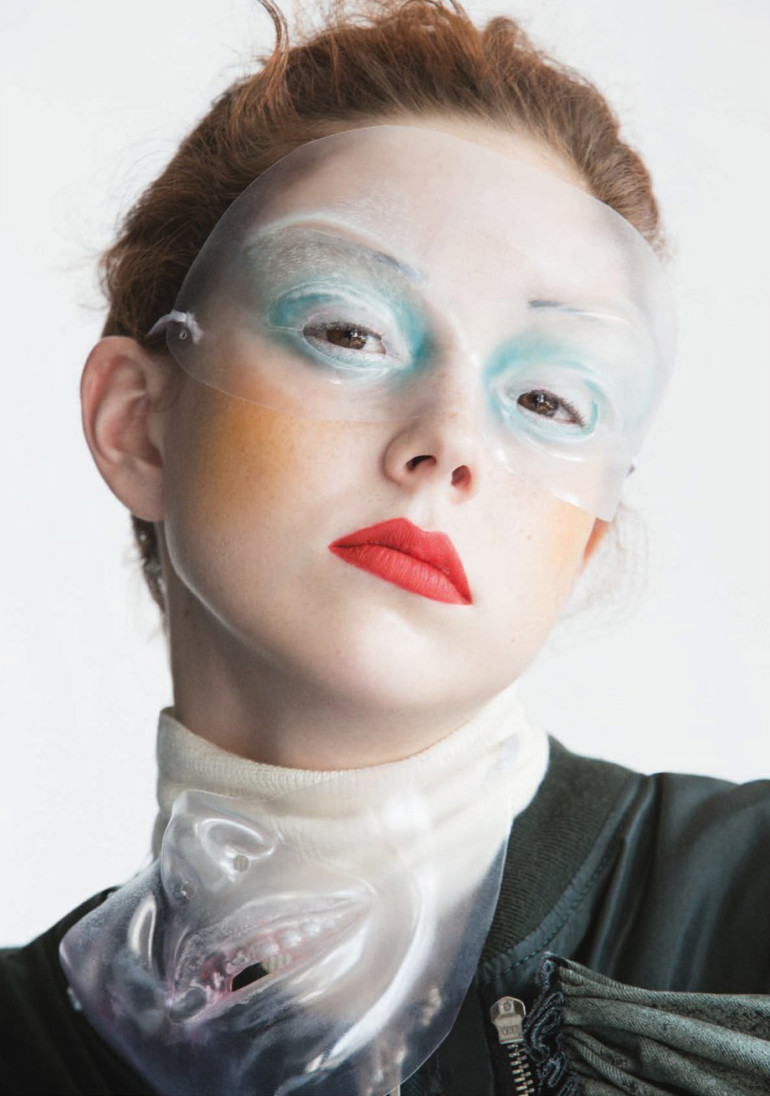 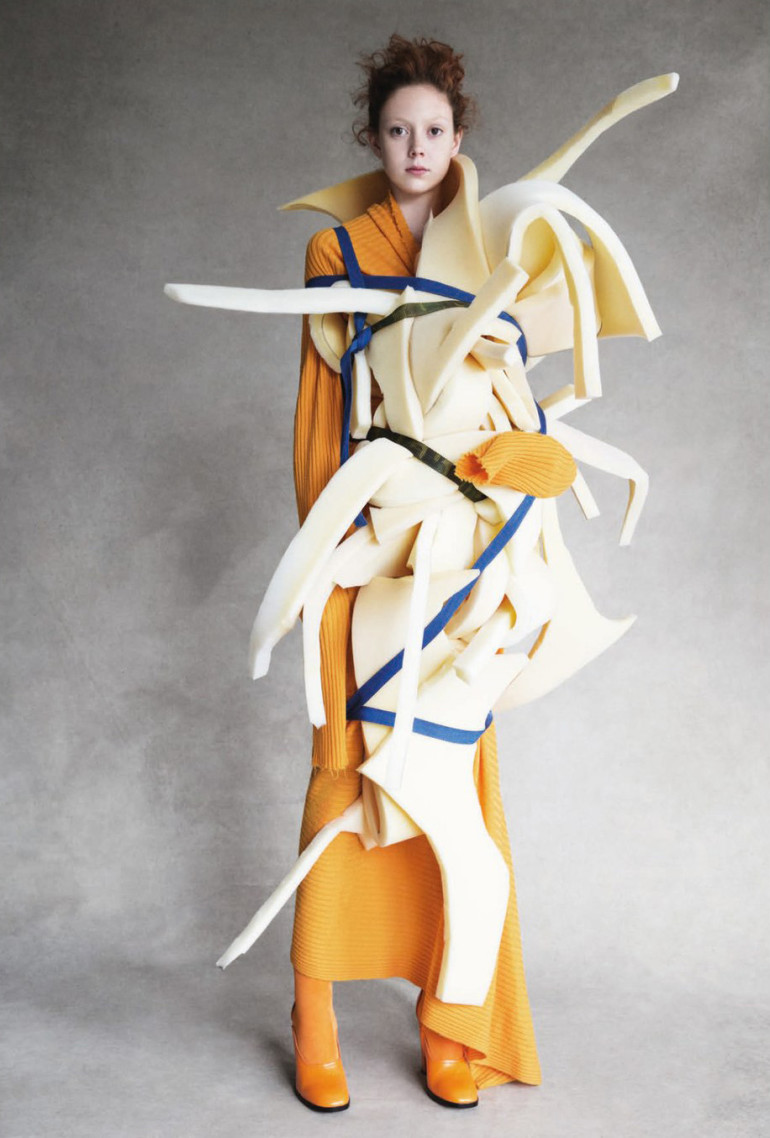 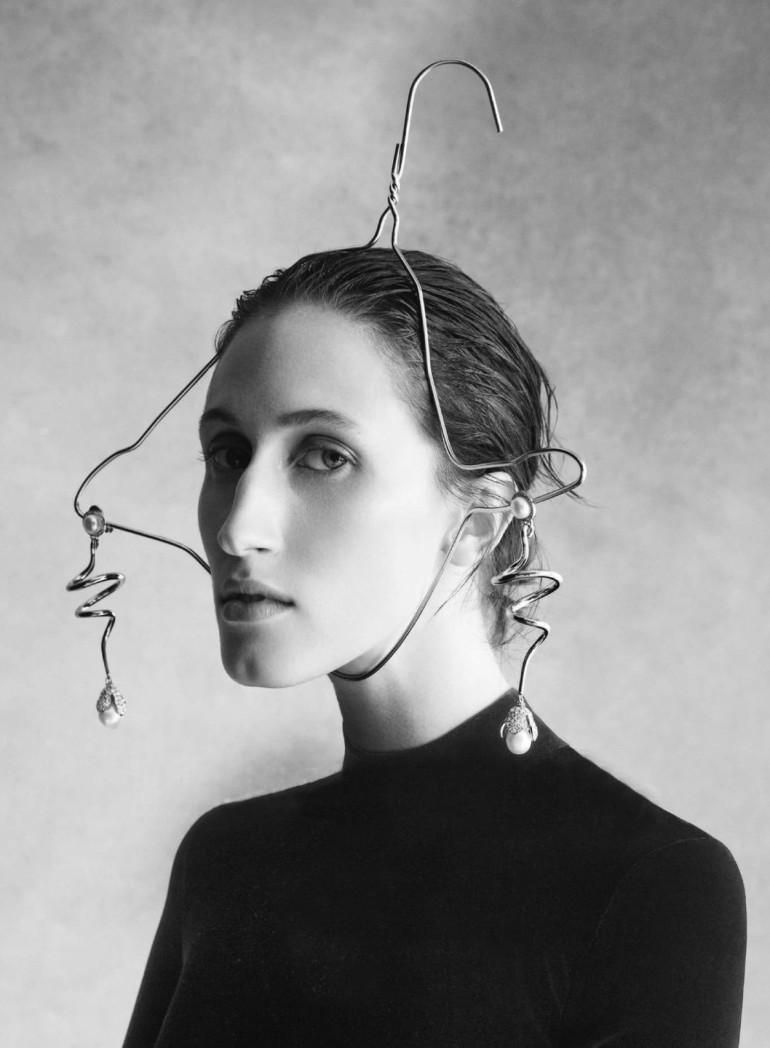 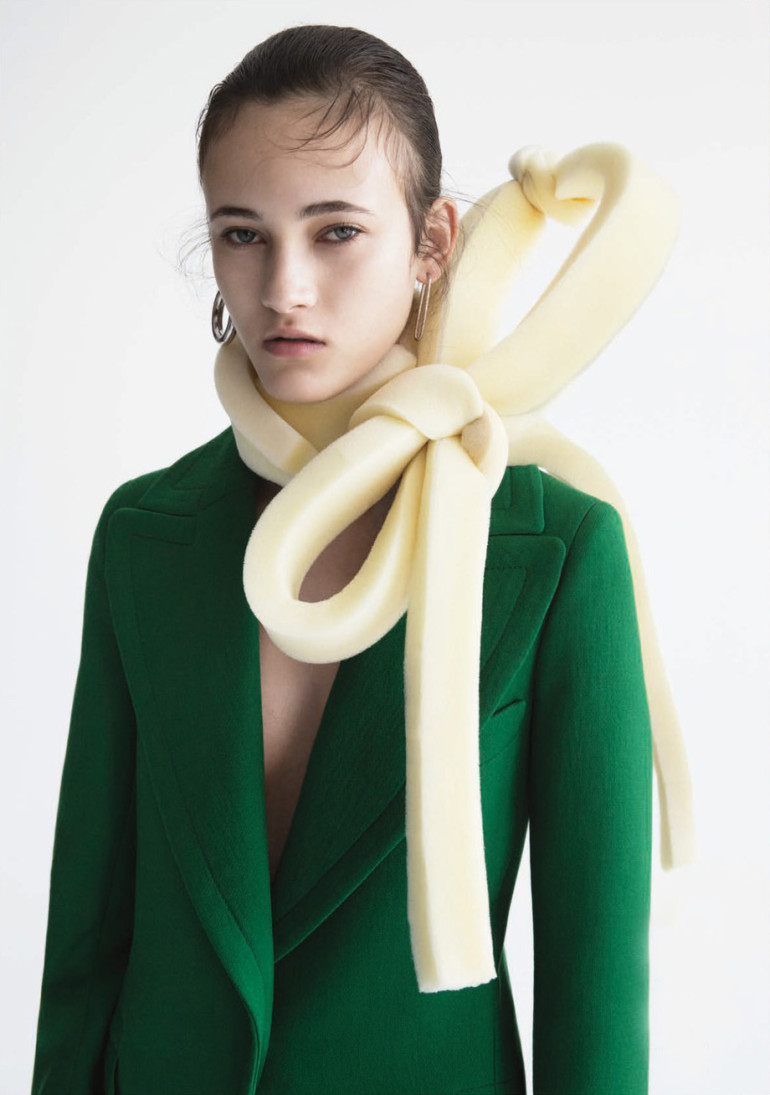 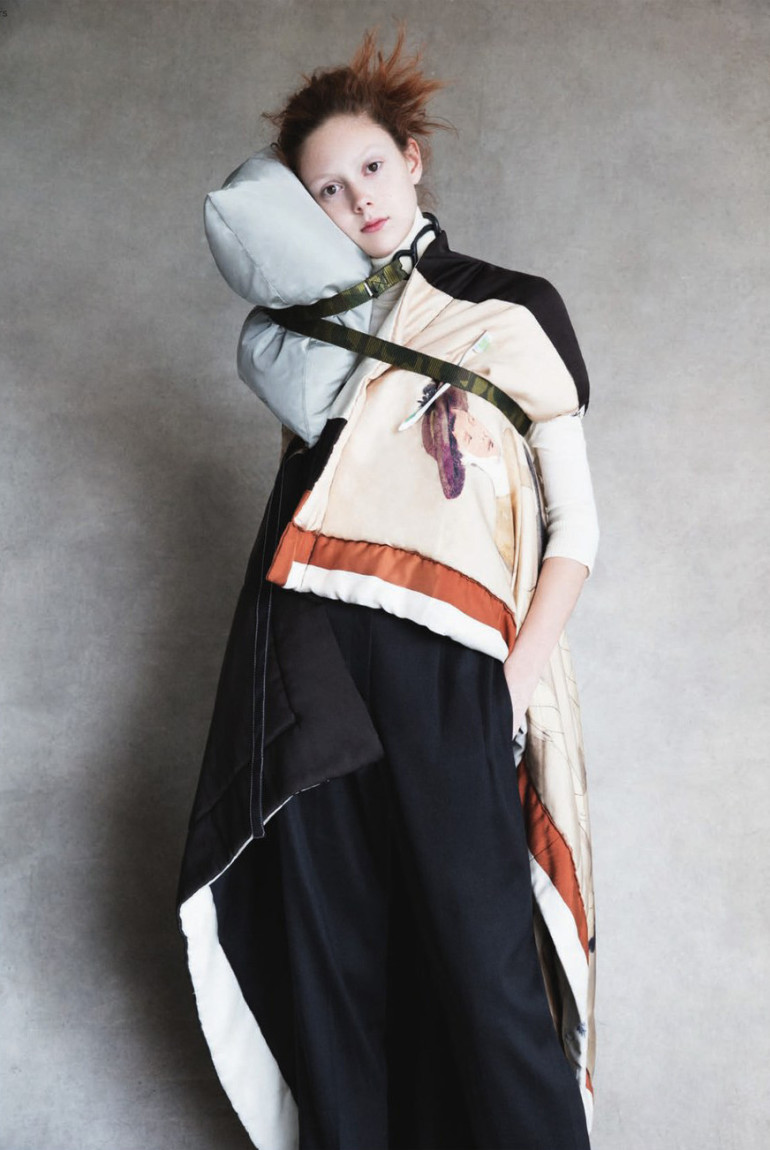 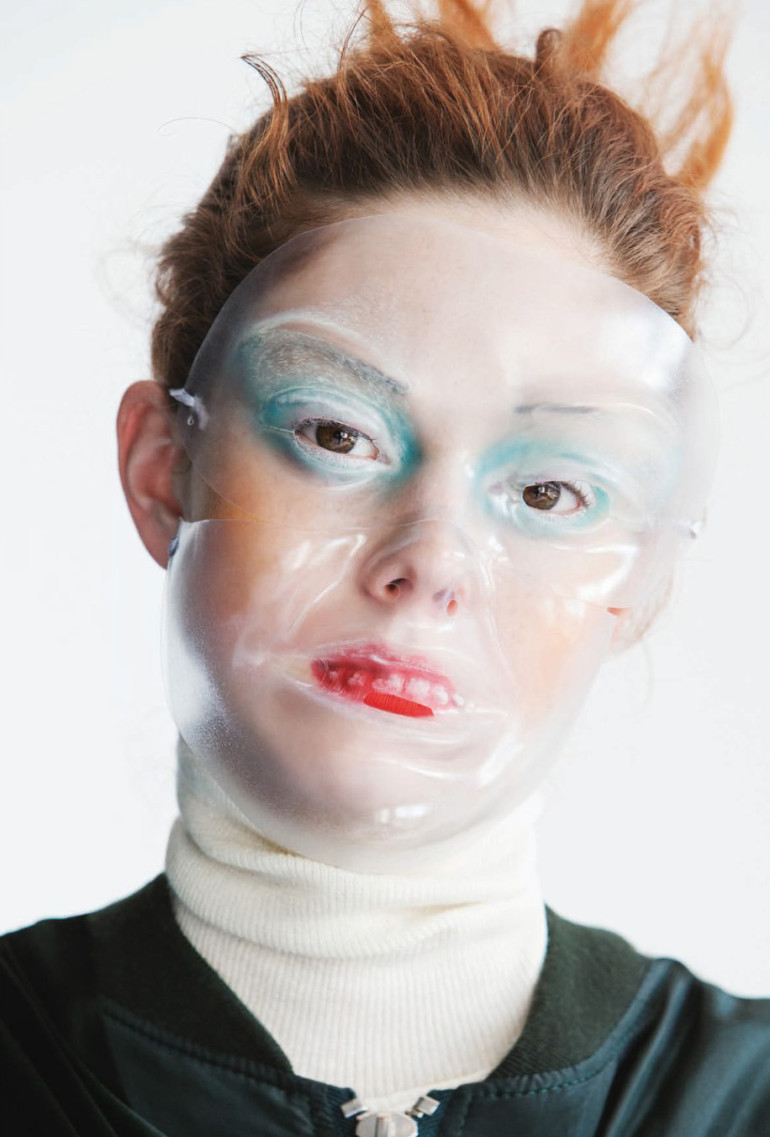 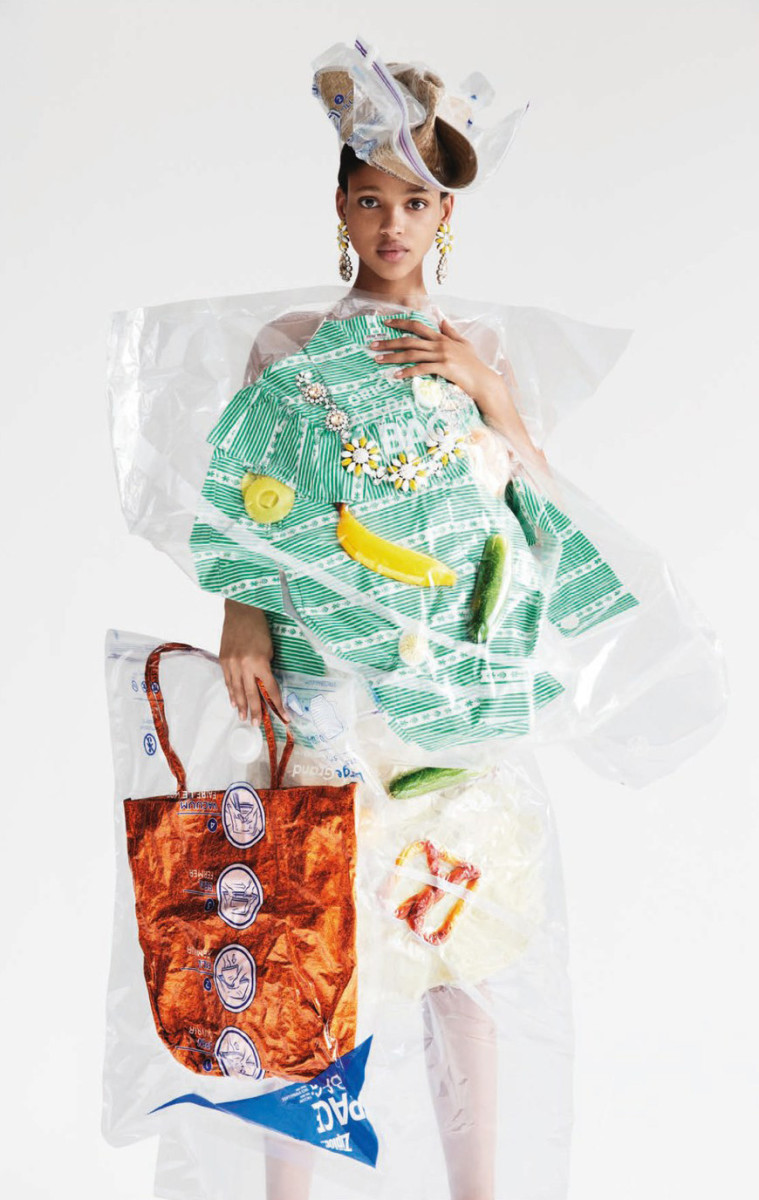 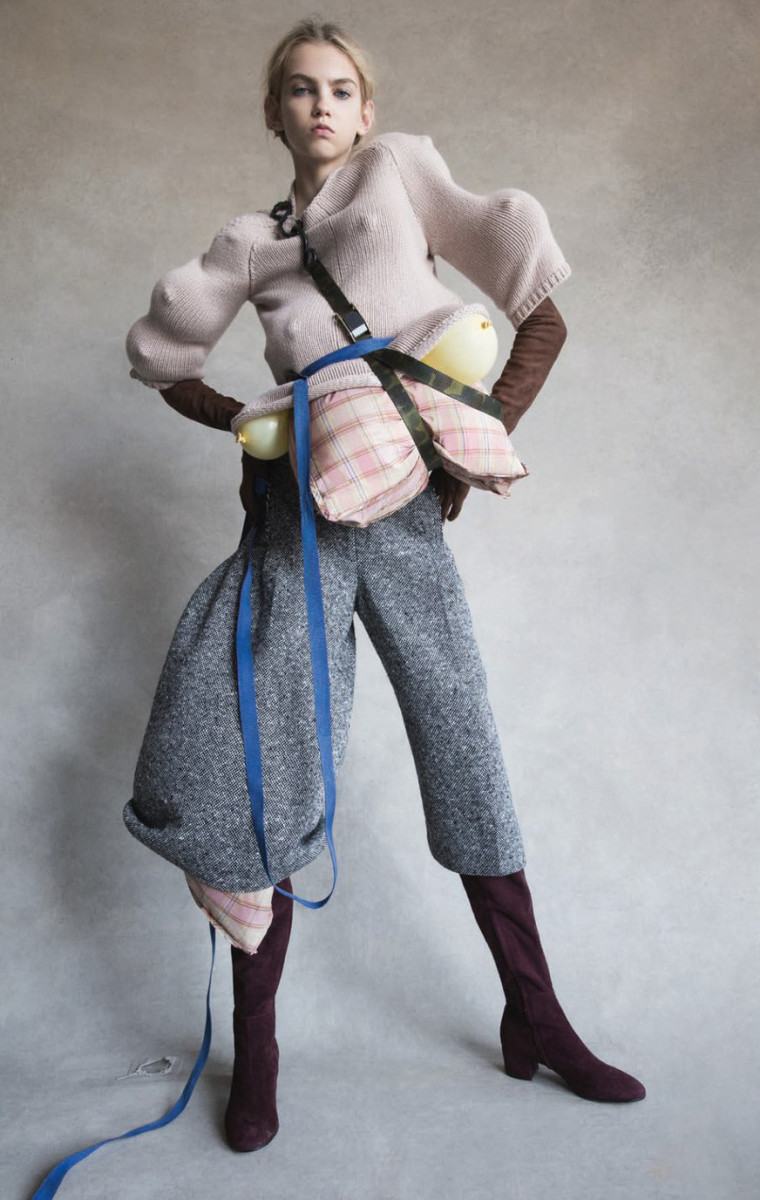 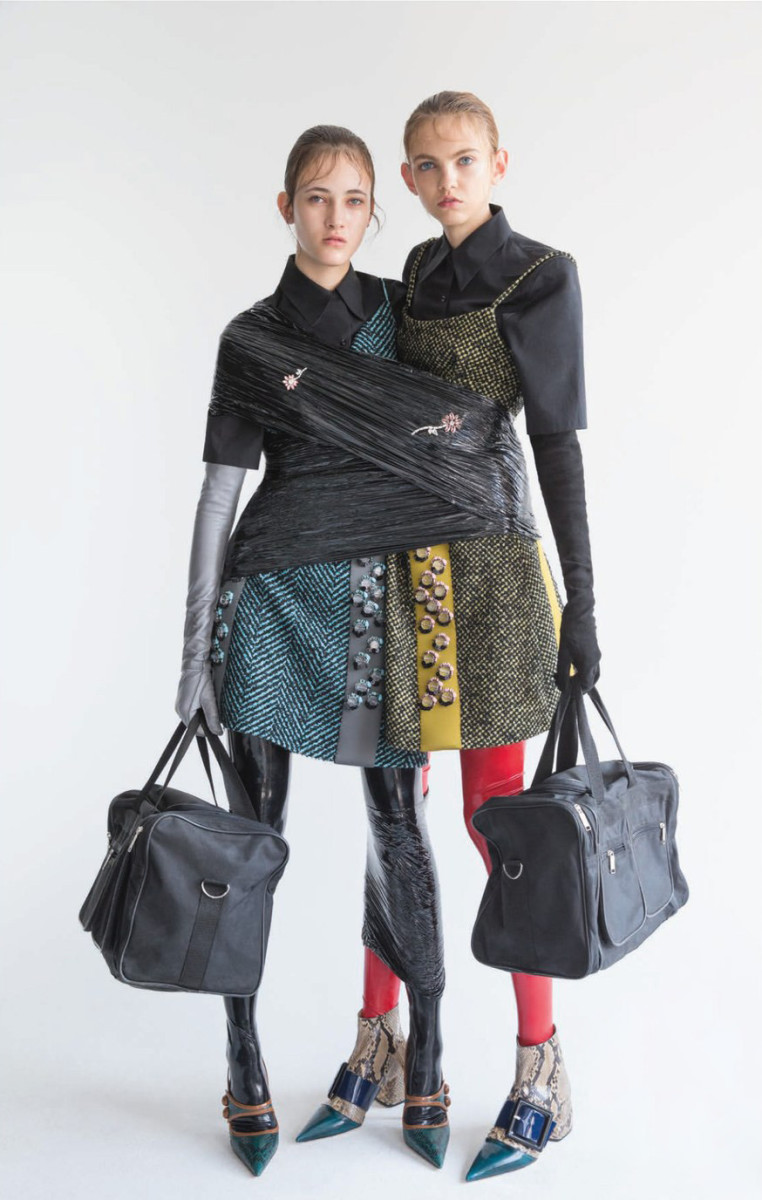 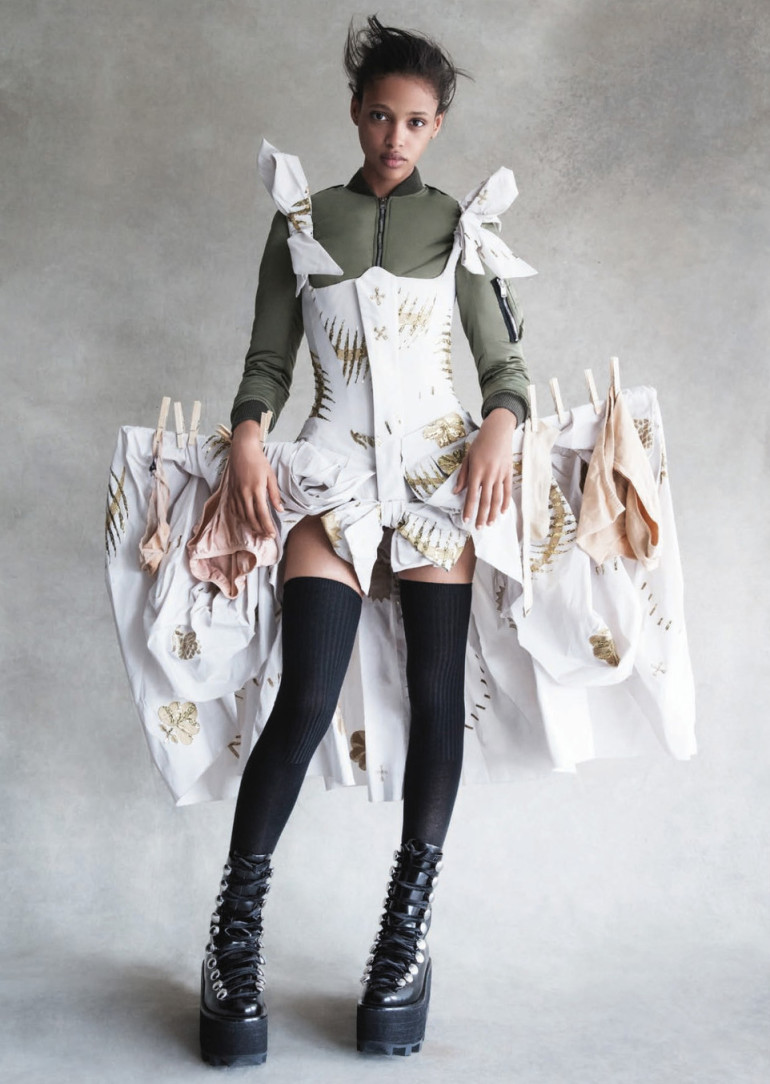 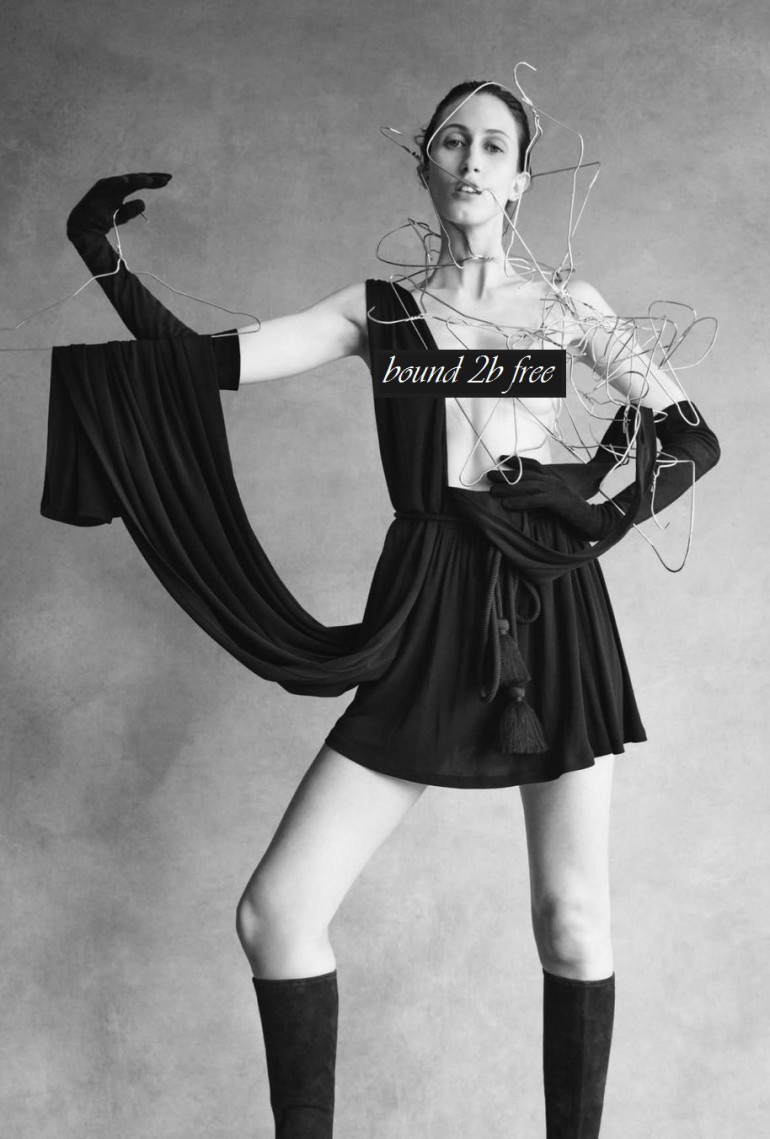