Saorise Ronan in ‘Queen of Hearts’ by Tim Walker for W Magazine, November 2015

Saorise Ronan takes on a dramatic new part in the ‘Queen of Hearts’ by Tim Walker for W Magazine, November 2015. The stars lined up in perfect synchronicity for the arrival of this captivating creature, anointed Saorise (pronounced Sear-sha) Una Ronan. A distinct name that doesn’t only carry a unique sound but also brings with it a poignant meaning. Saoirse translates to freedom, while Una matches it with Unity. And, while this moniker may be rife with creative responsibility, for this girl it was written in the stars. A thespian at 8, she found her calling following her father into the sanctity of the theater. For many this may sound like punishment, but for the multi-talented Saoirse, it was home. Stylist, Jacob K, spins a fashion fairy tale with a mish-mash of eclectic looks capturing the spirit of Alice in Wonderland. Art erupts, from cardboard crowns & an orb and cross, to a red scepter topped with a shamrock head. Homemade costumes enamor with enticement, in this playful array of crafts and couture. Inviting us to explore her childhood fantasies, she shows us there is nothing like the imagination. A Queen of Hearts rules with flair, grabbing our attention with a penetrating stare. Bold beauty becomes, as Sam Bryant lets smeared makeup speak in stunning strikes of avant-garde chic. Her skin brings a bonanza of bright casting off-color in a spectacle of surprise. Piercing blue penetrates the soul, in this hypnotic tale told in wild extremes. Dark shadow is smeared around the lids as emotion emanates out of the eyes. An Auric hue touches her cheeks like gilded tears falling down the face. Poetry is captured in a plethora of pageantry as symmetry is caught in the soliloquy of the skin. Richness kisses the mouth as abstract art erupts, enticing red to spill over the line of the lips. Hairstylist, Syd Hayes, teeters cardboard crowns on top of the head as golden hair crawls in chaos up the sides. Take a peek into this young woman’s struggle in Lynn Hirschberg’s powerful piece; “Brooklyn is based on the Colm Tóibín novel about a young Irish girl who emigrates to America in the 1950s; following a family tragedy, she must choose between her life in New York and her former one, in Ireland.” Set Designer, Emma Roach, stacks genius items that inspire invention with props that invite intention. 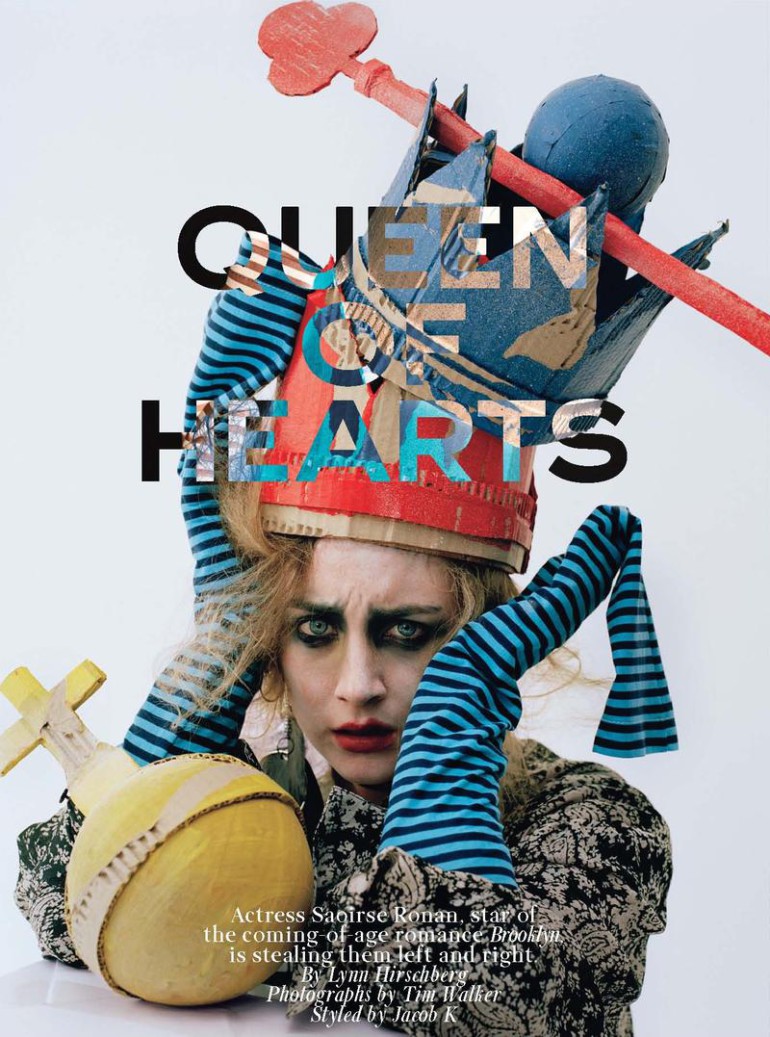 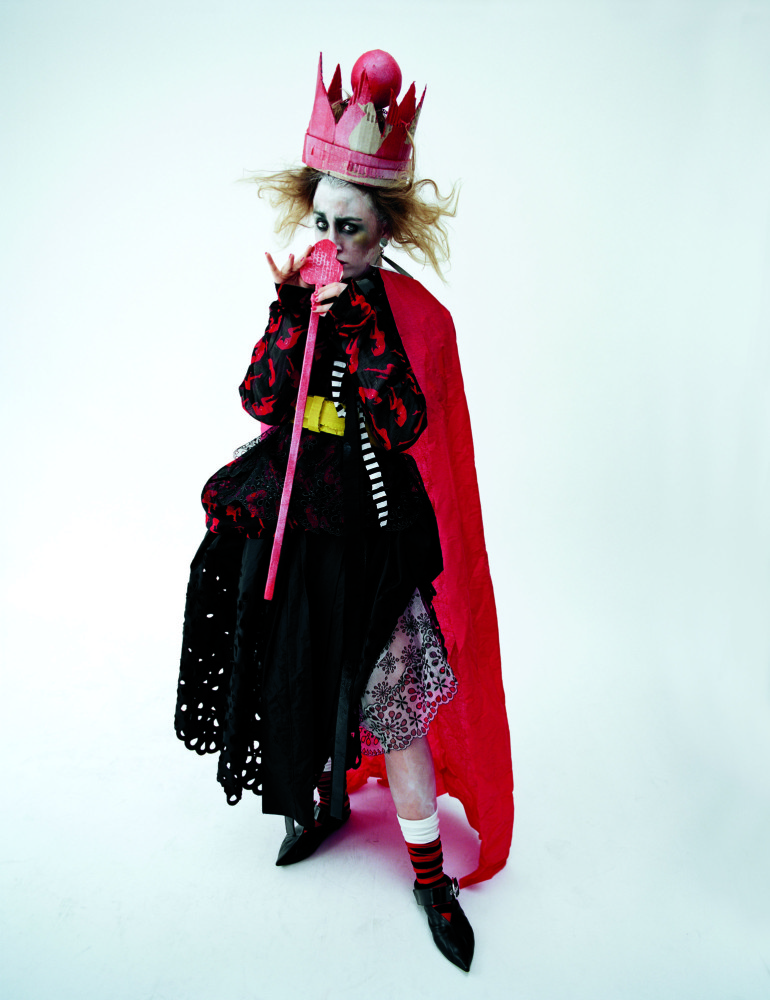 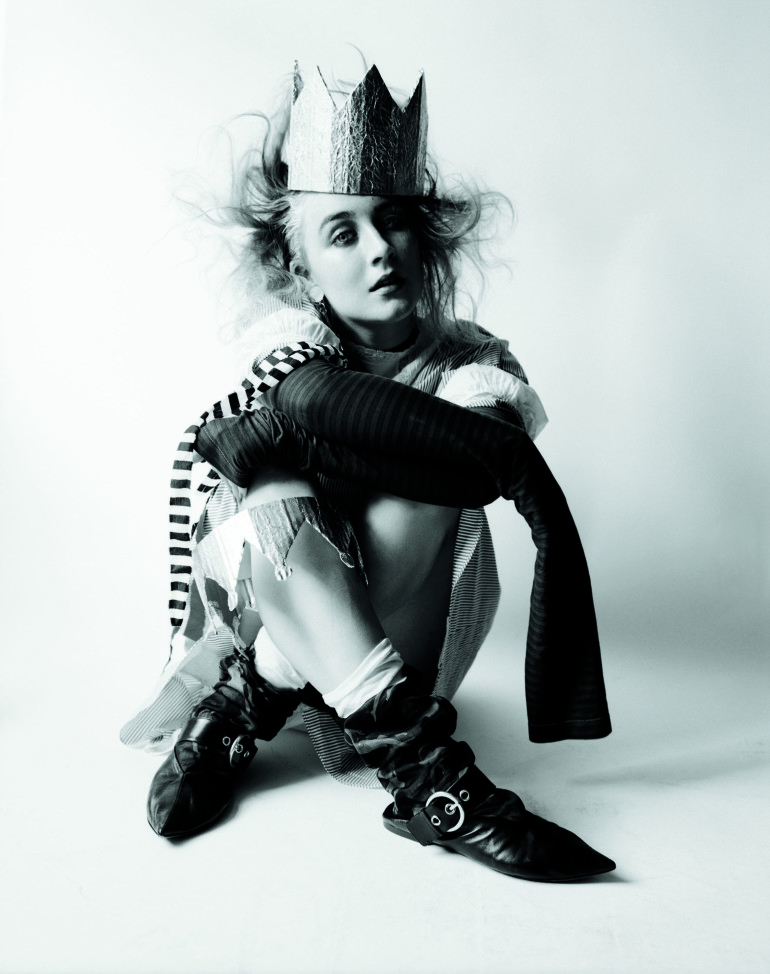 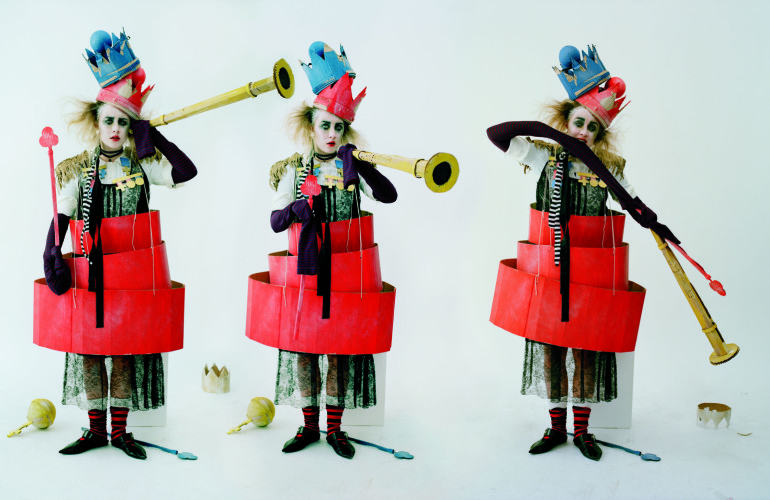 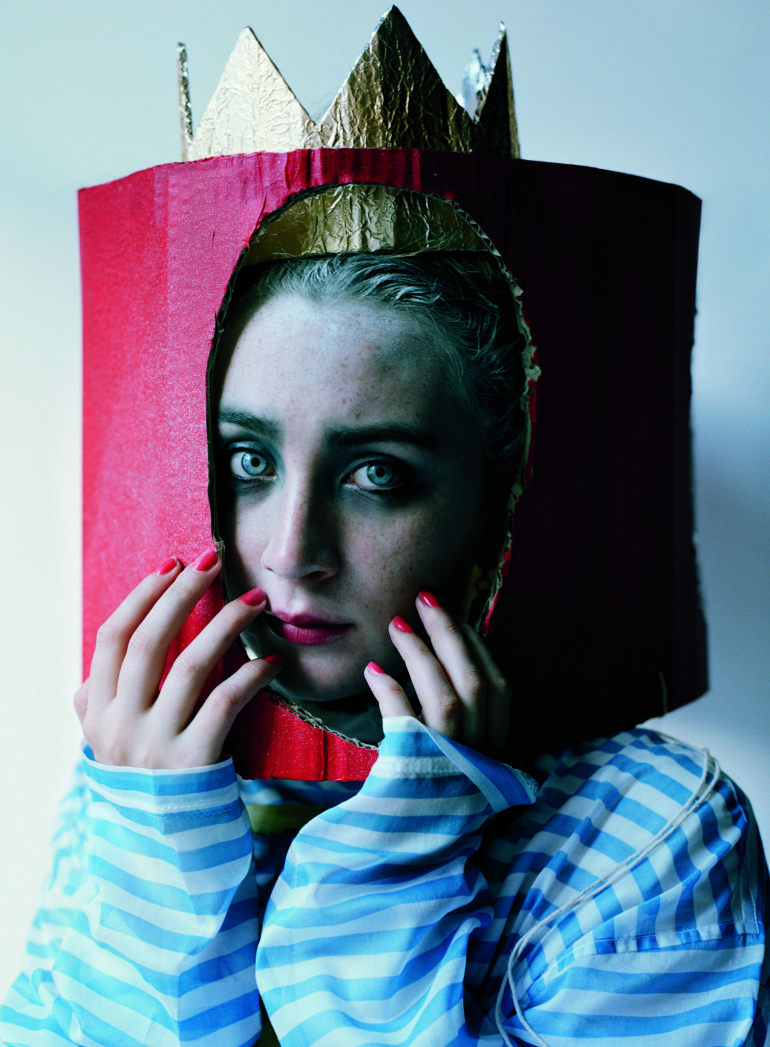 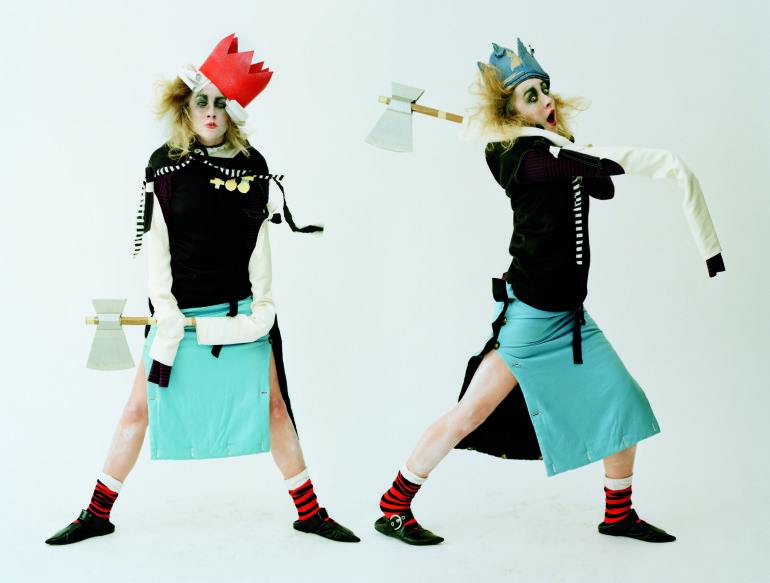 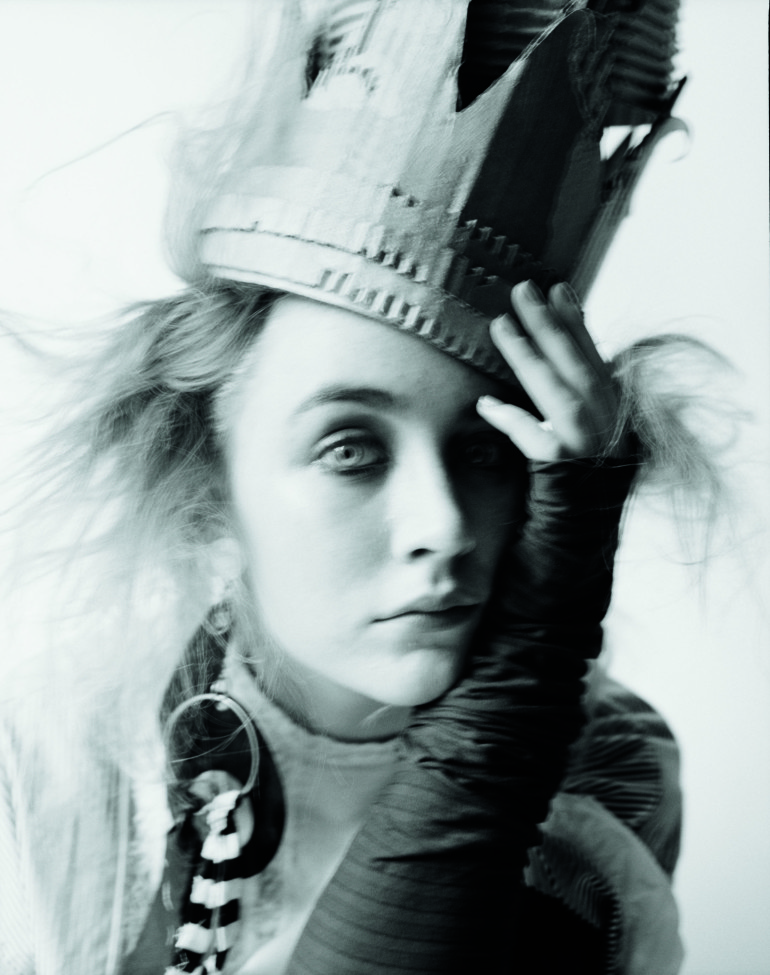 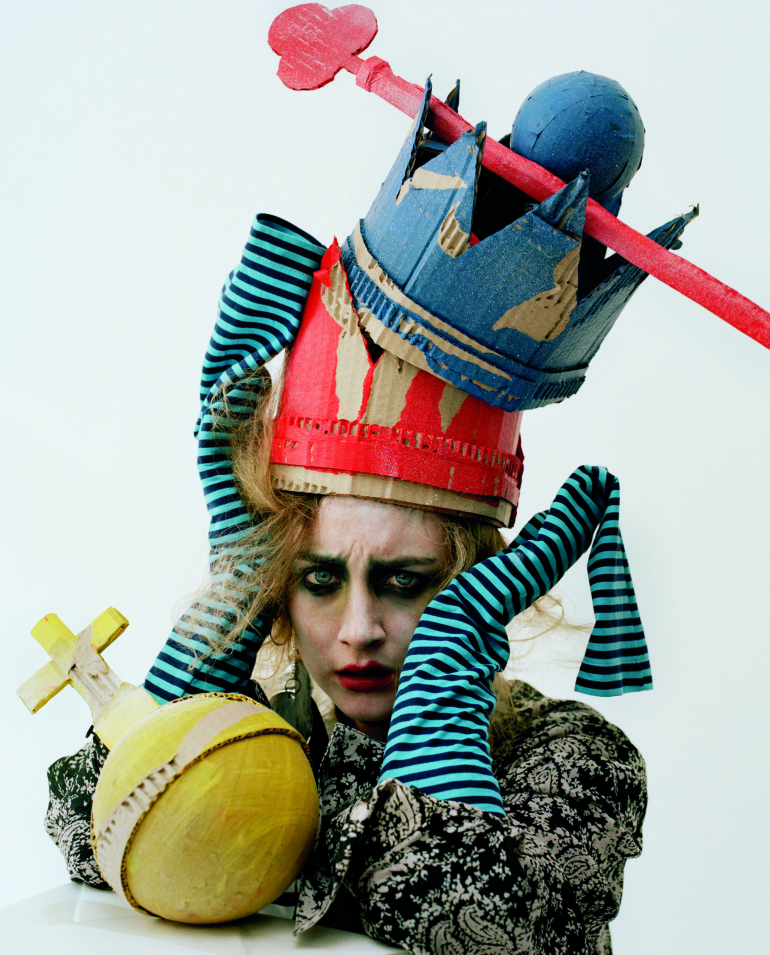