Cate Blanchett finds herself on the far side of the moon in “A Rose Without Thorns” by Tim Walker for W Magazine, December 2015. All the Worlds a Stage and All the Men and Women Merely Players. An impersonator of truth, Cate invites us to view otherworldly beauty. Finding herself on the surface of the moon, she flies high in this atmospheric phenomenon that perils possibility. Stylist, Jacob K, invites us to view the spectacle of sensation in this tour de force of fashion. Through the medium of avant-garde artistry each costume takes us into another world. From a character like Peter Pan to an otherworldly courtesan, a lovely lady dripping in red to a fearsome female with a flower on her head. From dark to light, yin to yang the fire of the spirit can not be contained. Humanity is seen in one individual’s choice, to move the world with the sound of their voice. Couture captures the imagination with Alberta Ferretti, Alexander Wang, Comme des Garçons, Dior, Emporio Armani, Gareth Pugh, Angels Costumes, Stella McCartney & Yohji Yamamoto. Like a live art installation the power of the pictures lie in the potential of real passion. A word often misunderstood, the concept behind this context means quite literally to be propelled toward what moves you. So whether it’s anger, love, sadness, mania or even boredom – to find the passion behind every decision will lead to a symphony of truth.

Moon makeup settles into the skin as Val Garland explores the alien within. A balance of beauty borne over the face as art creates a synthesis of strange. A golden hue floods the lids bleeding into bleached brows, as ice-blue pops without a border of lashes or liner. Cheeks are flushed with crimson blush as the mouth matches with a deepened hue. Scarlet melts down the face falling onto the chest, as black beckons the eyes wearing itself like a liquid masque. Cyprus powder aches to express itself, as bright lips scream to be seen. Makeup mimics the surroundings, poetically reflected in the face of the moon. Hairstylist, Julien d’Ys, breaks the bounds of natural application by escaping the confines of creative exploration. From a powered wig in a bubble to a sculpted head-hat with wires wielding everywhere, hair reflects the epoch of extravagance as the craft of coiffure becomes. Starring in the well-received, Carol, Blanchette plays a powerful lead in the quietly, fierce film. Showing the strength of her ability in contrast with the subtly of her manner, this daring combination is one we’ve seen before. A compelling tale, this reflects the many faces of Cate. A seeker of truth, one gets the sense that playing a plethora of parts allows this artiste thespian to celebrates the internal struggle of what we call life. When the moon had nearly knocked out the sun the last string of light appeared before the darkness. 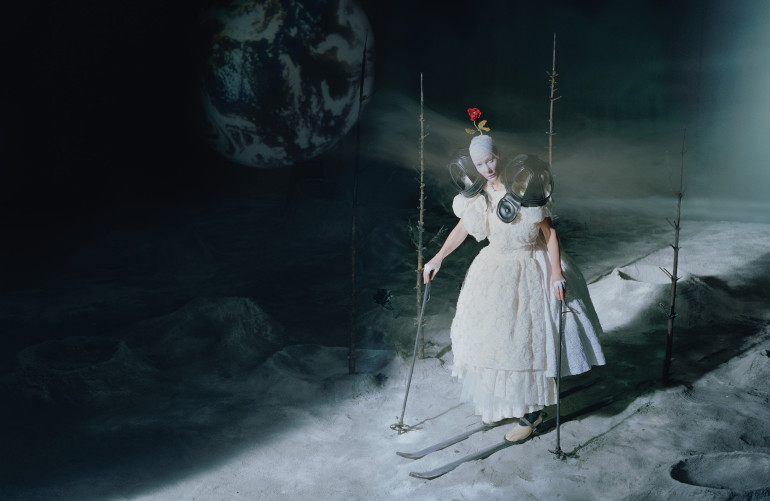 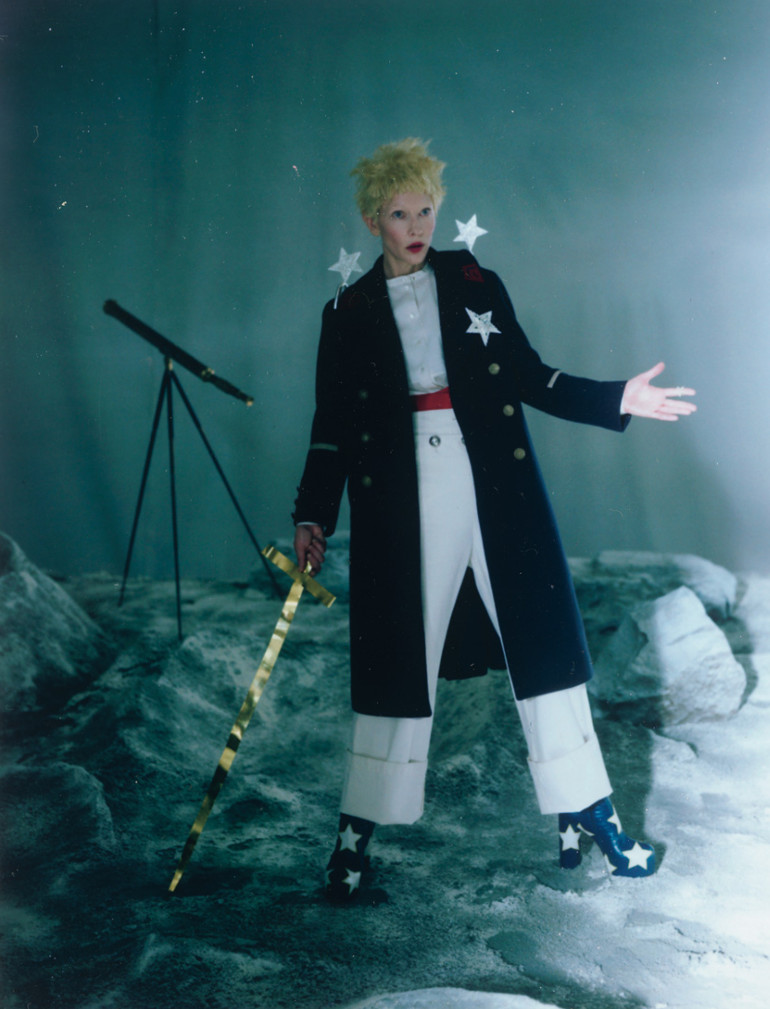 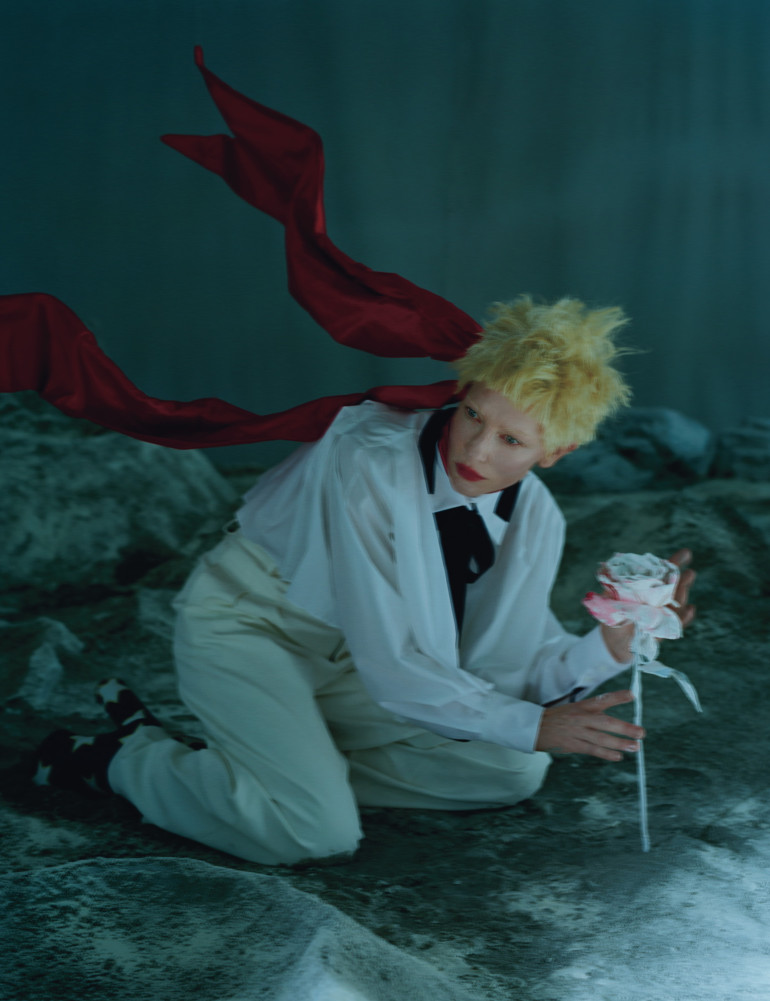 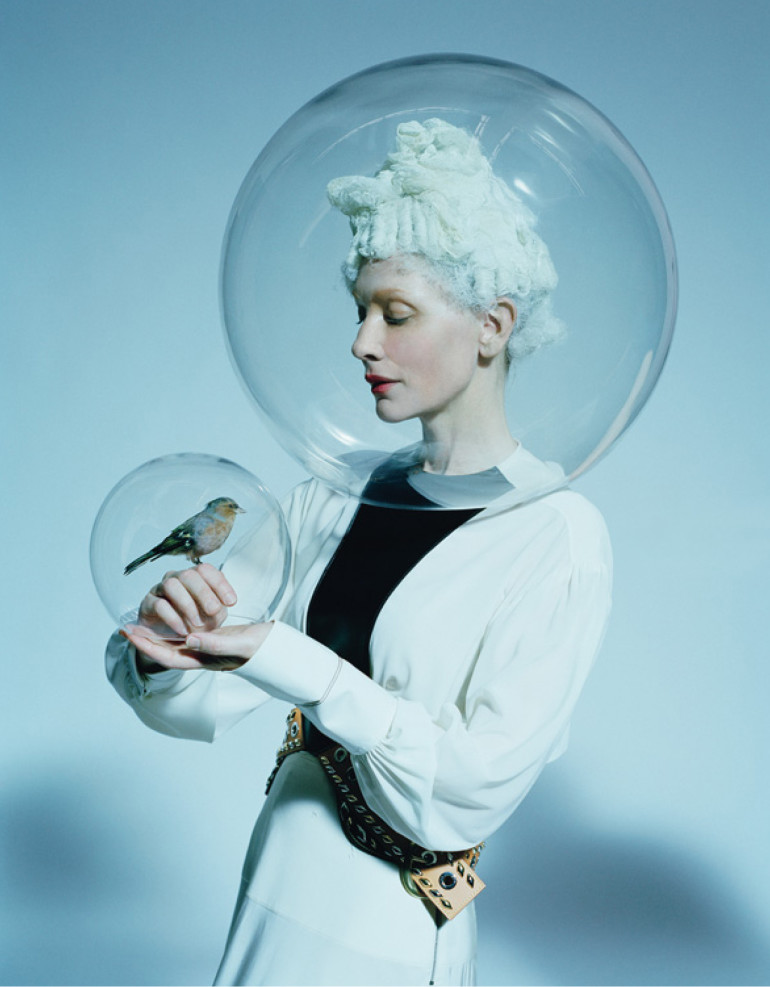 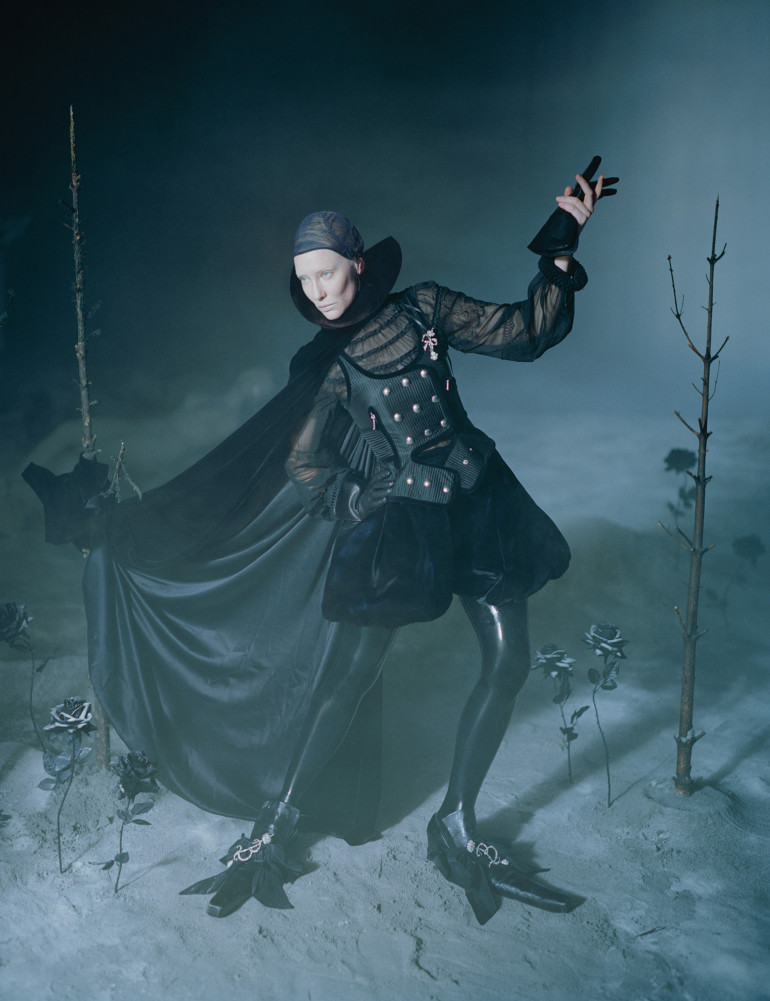 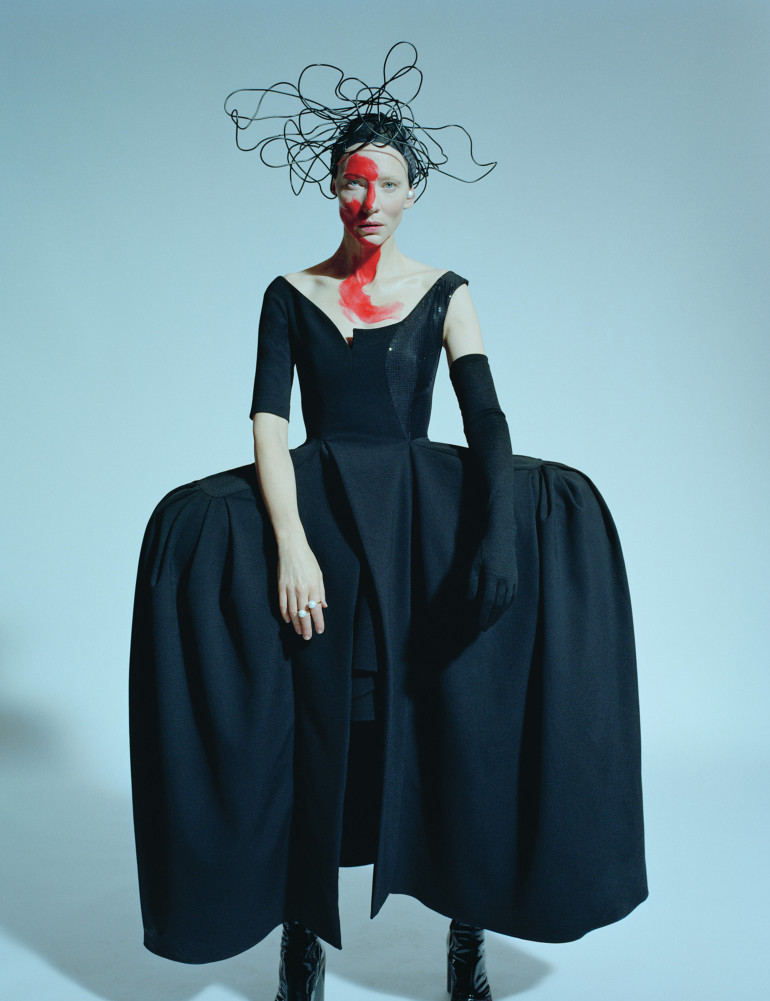 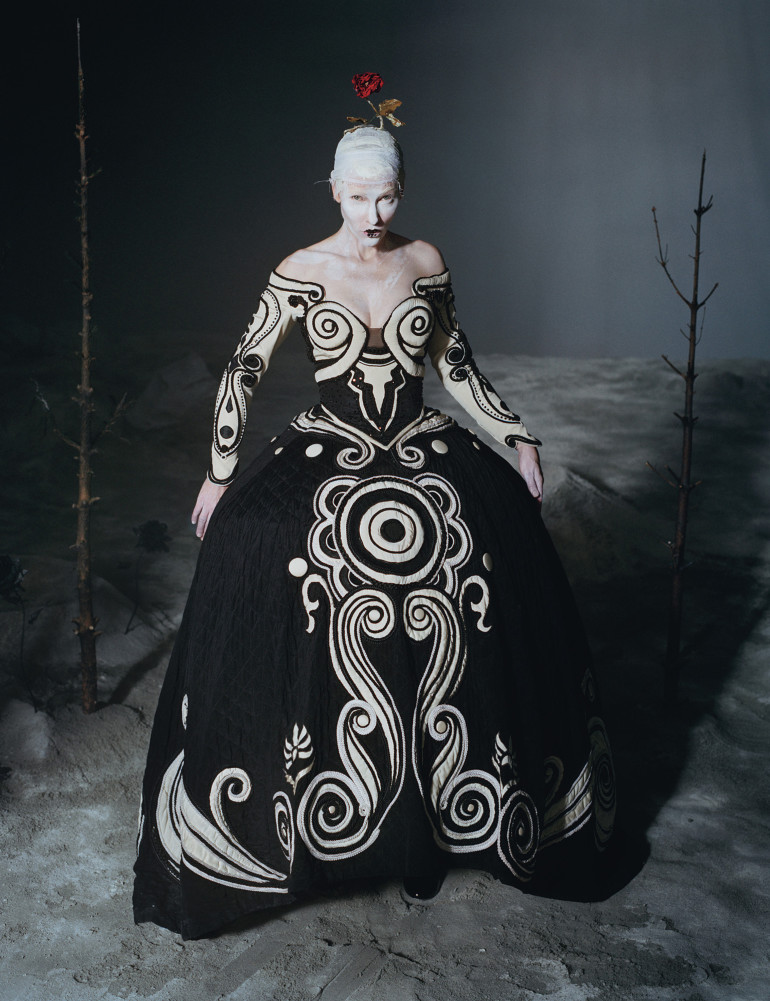 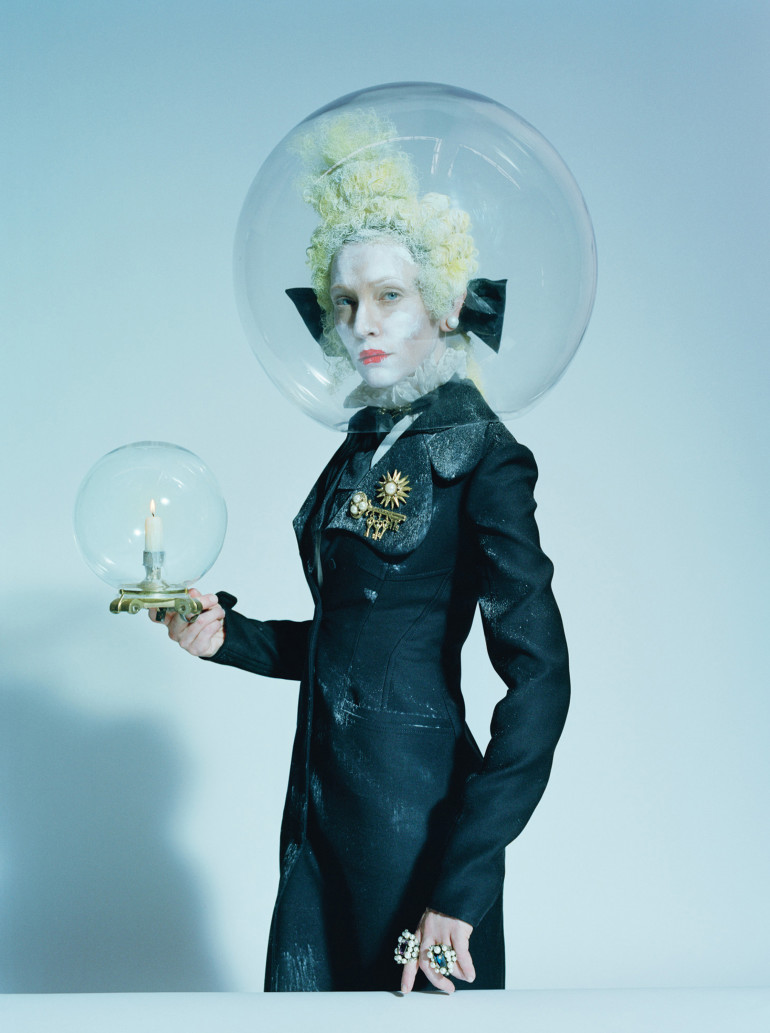 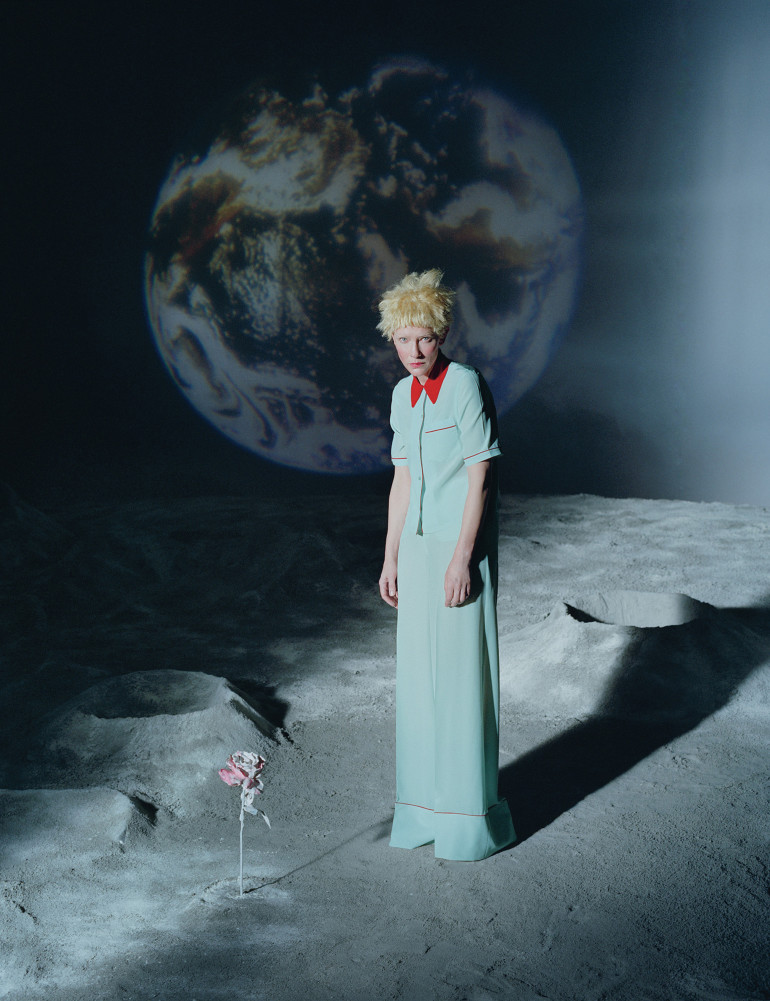 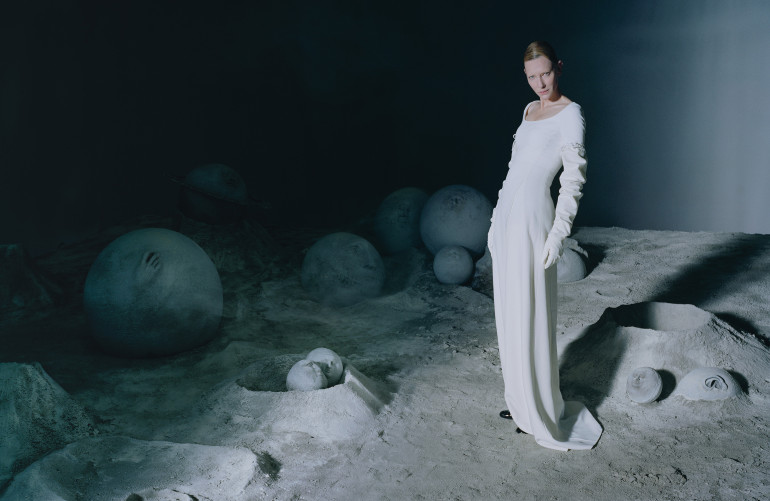 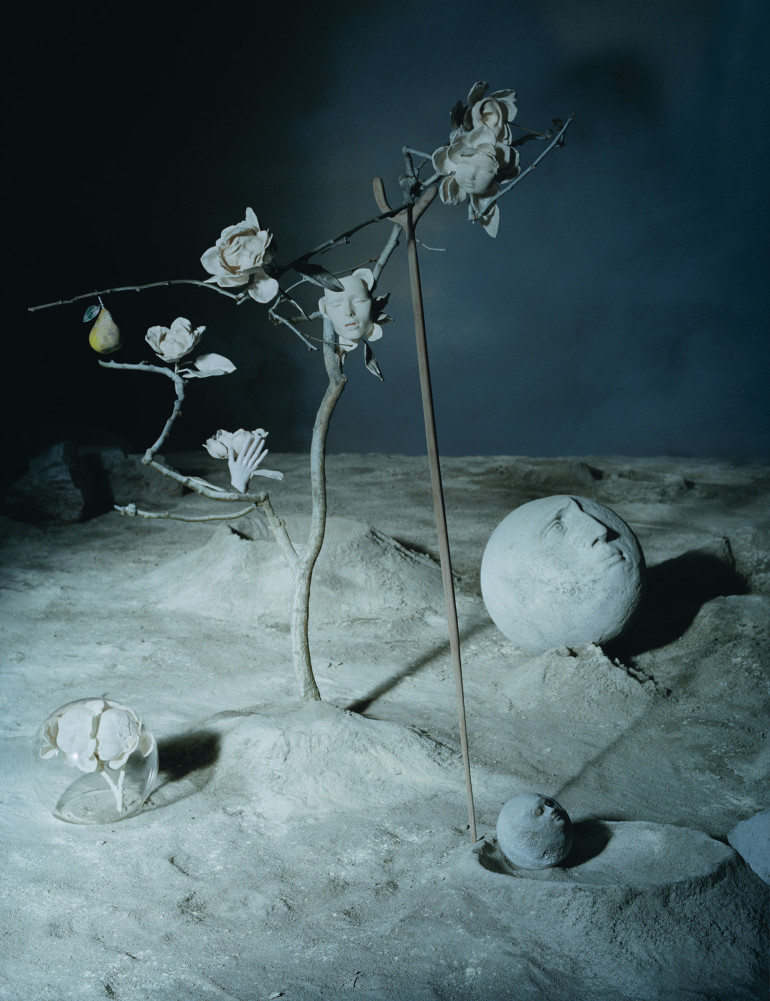 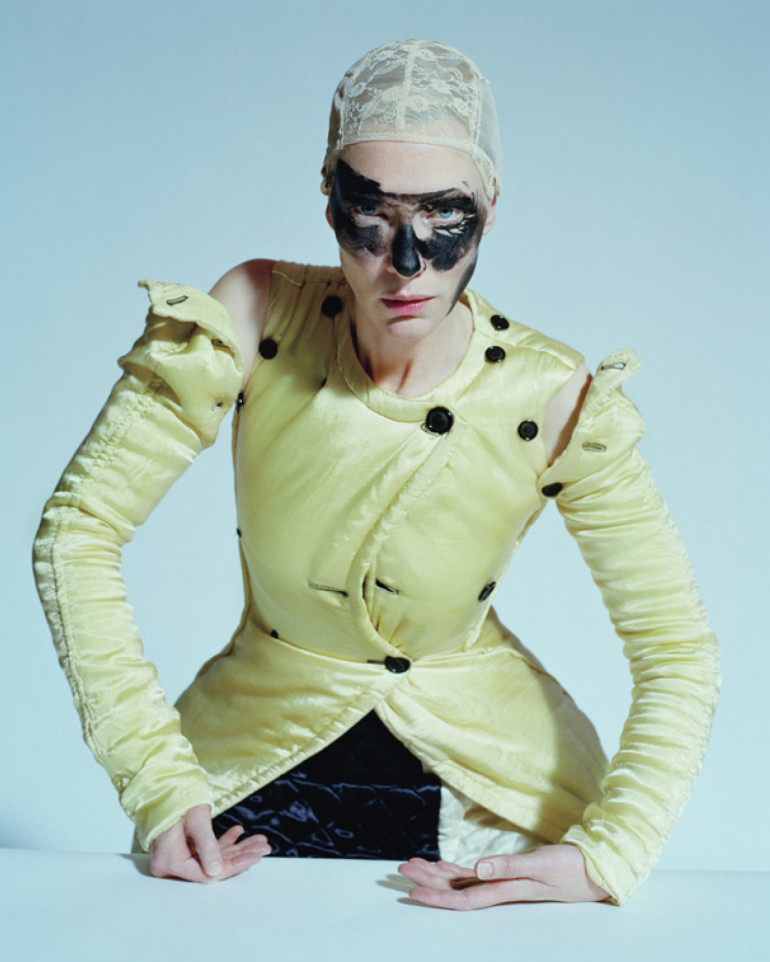 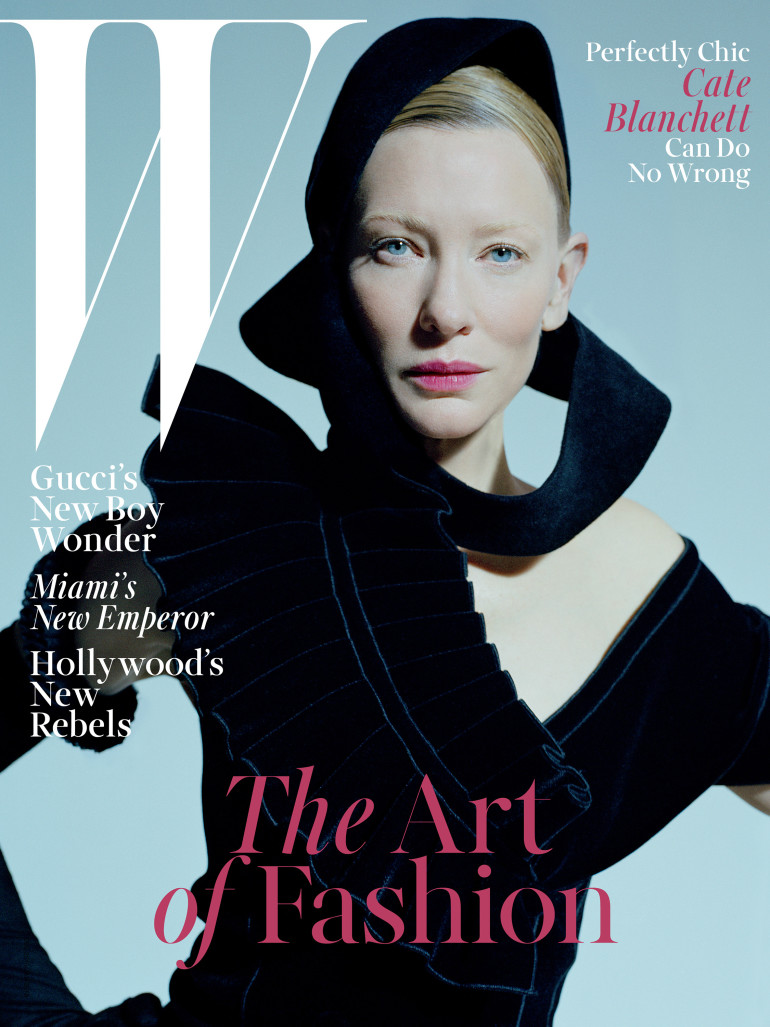 Daphne in 'Desire' Vs