Jeneil Williams bares her truth by Torkil Gudnason for Models.com. This Jamaican born beauty was discovered in her home town where she made her meteoric rise to fame. A competitive girl from the Caribbean islands, she captured the imagination of the industry with her drive and athletic prowess. Gifts that in the past have been known to hold girls back, this model used her disciplined nature to catapult her to the top. And that’s just where she’s landed, poetically posing in pure form. Shot by the compelling (Copenhagen born) photographer, this feature shows us how strength is captured through the click of a camera. Incandescent beauty breaks, as Gudnason excavates the elements of truth that are found in the natural arc of fluid forms. Sculpturally sound, this story celebrates the art of creative movement. Flecks of flaxen flash through the hair as gilded energy strikes the aurelian air. Illuminated yellow floods down the body as each image is a reflection of strength. Makeup Artist, Justine Purdue, masters modern translation with symbolic imagery that shines like a beacon of hope. A defining line of halcyon shadow streams over the lid inviting the eye to fly free. Basking in the glory of golden, a rich hue touches just the lower lip, giving the face a one-sided glow. Radiant stripes circle the extremities as triumph is reflected, abounding around like resplendent ribbons. Lost in mythic wonder a crash of chaos reigns supreme. Honey kisses the skin as aluminum foil wears on the head like an extension of self. Evoking a sense of excess, a gilded hue spills over the chest like veins of victory. Shapes match the scene, as (Hairstylist) Adam Markarian creates modern coiffure that beams with a gorgeous flow. Like paint on a pallet, this golden body invites us to envision a world where nothing is impossible. Jeneil displays her truth as the solemnity of sanctity burns through the soul. Read; Irene Ojo-Felixs. 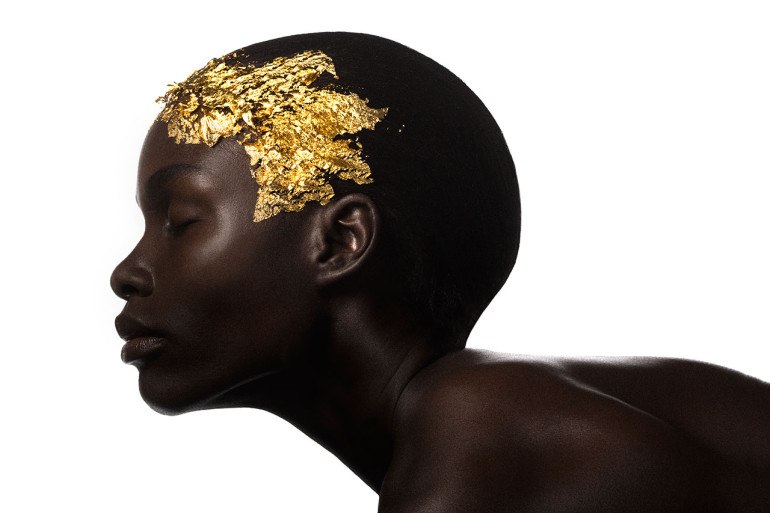 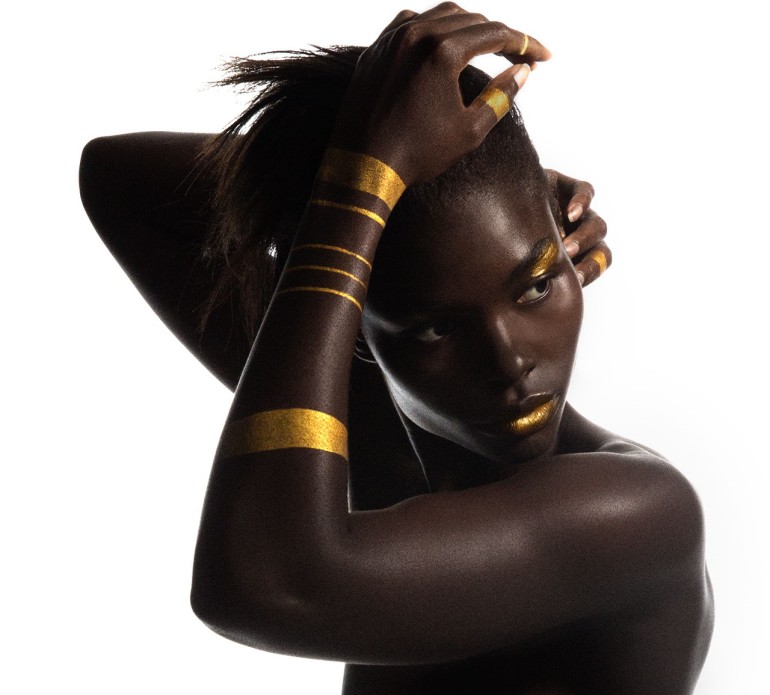 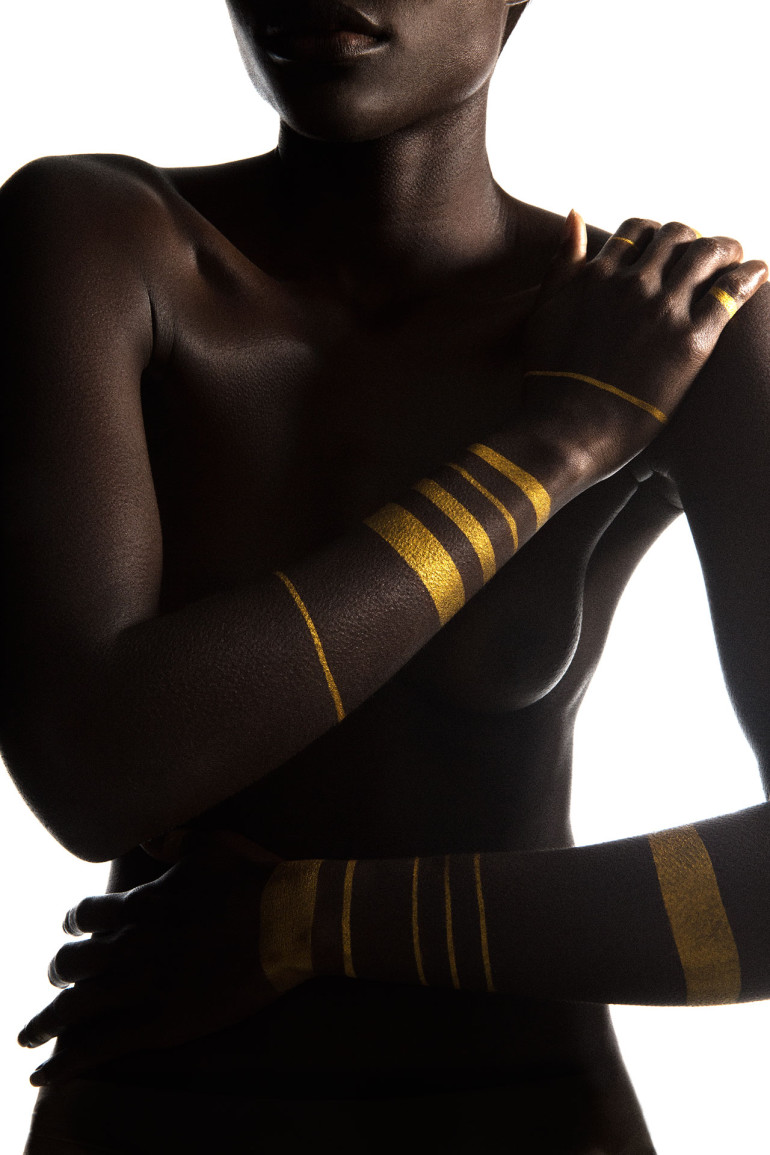 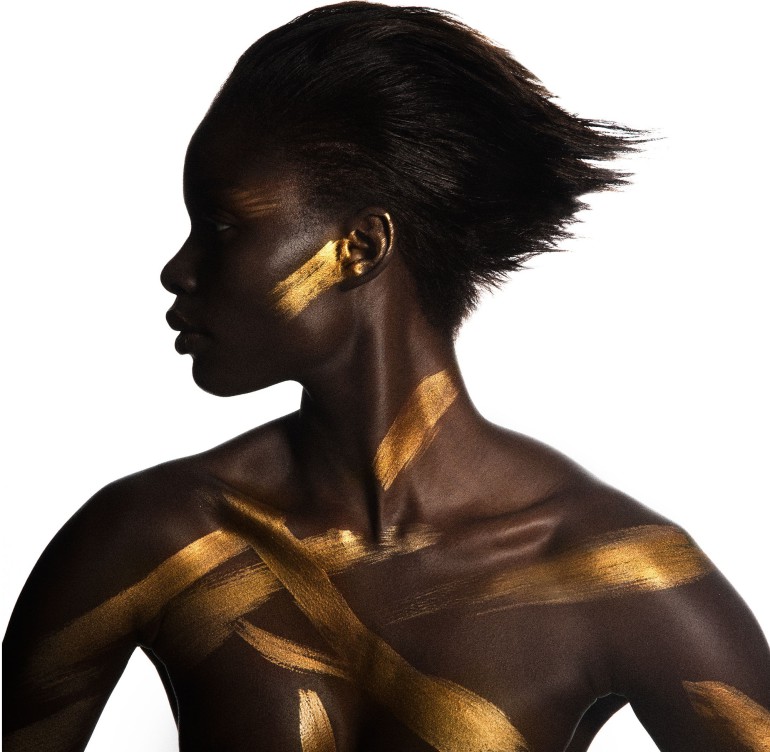 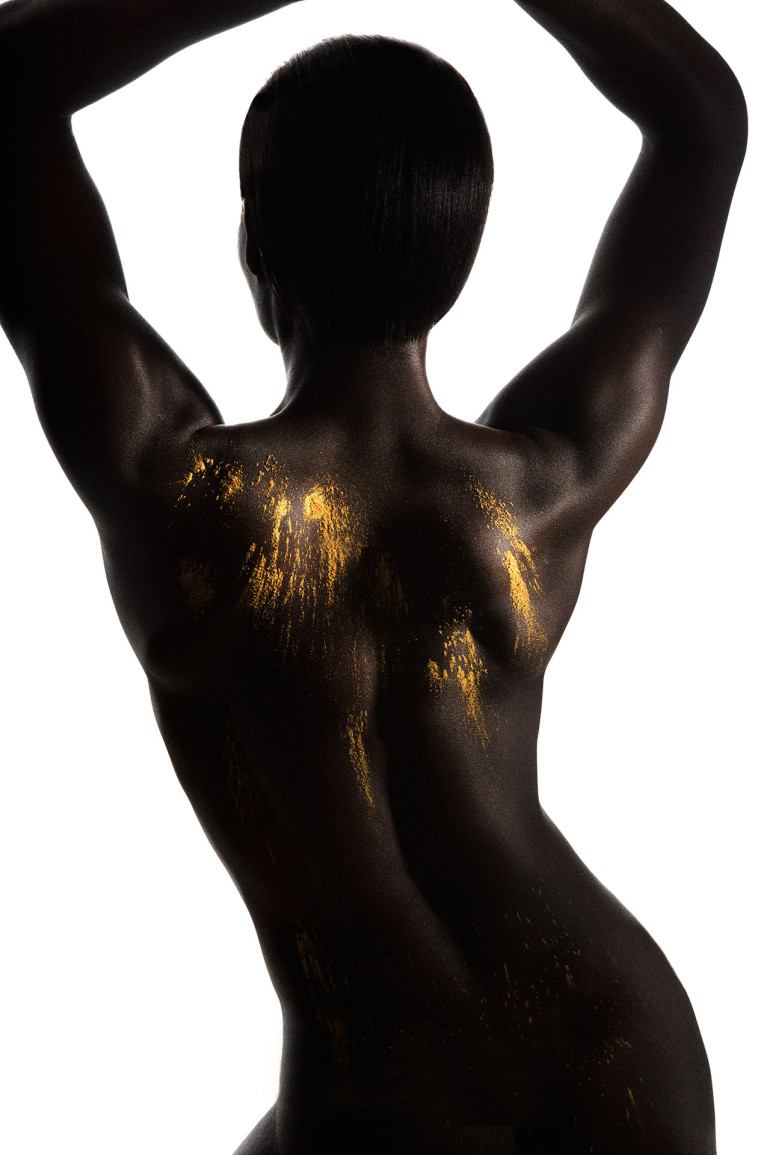 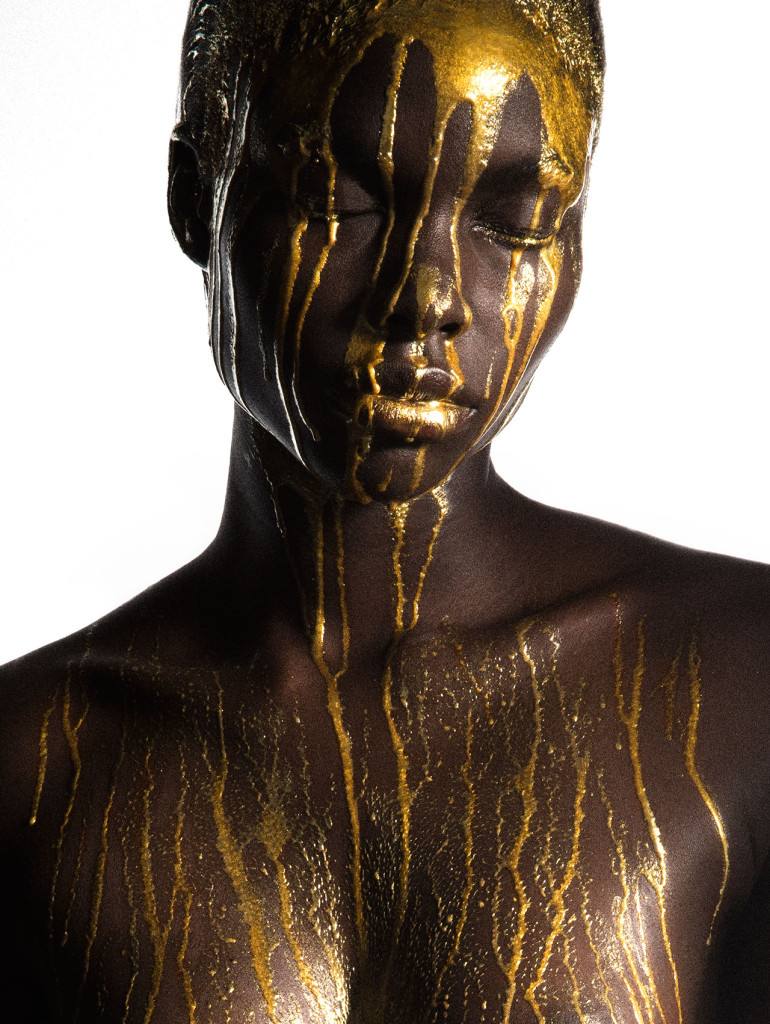 Anya Lyagoshina Tastes the Gold in 'All That Glitters'