Kouka Webb gives a powerful portrayal of the modern 20’s in “The Moody Blues” shot by Dima Hohlov for Models.com. Art echoes a reflection of the past while putting us on a trajectory toward the future. A revival of the Roaring 20’s captures the theme with a resurrection of Deco Divine. Victoria Bain takes us into another dimension, whereby fashion speaks to the vintage flavor but delivers a forward twist. Clothing wraps around the body like a symphony of sirens, as somber colors seep through the pages with looks by Balmain, Gucci & Saint Laurent. The majesty of modern makeup touches each feature, projecting like paint on a pallet. As creativity takes center stage, with a graphic distinction unlike we’ve seen. Double-sided beauty strikes as Sandra Cooke evokes the flavor of the era but dares to explore. Black lines cross in the center as bangs come forth in an extreme widow’s peak. Bald brows go from nude to neo, as a halo of blue encircles the lids, evoking an otherworldly glow. False lashes leave a mirrored impression just below the naked eye, inviting us to imagine all the things that are not there. Defined lips carry forth a feel for the days of the flapper, while still honoring an avant-garde edge. Hairstylist, Ken O’Rourke, deserves a standing ovation for images that captures the conceptual side of cosmetic transformation. Honoring the historical influence of the time, his bob’s beguile, with peaking widow’s that redefine haute coiffure. An era of revelry, this exuberant time-period reflected people’s drive toward a new way of living. And, while known for its sexual exploration, the Roaring Twenties also had a significant influence over artistic freedom. 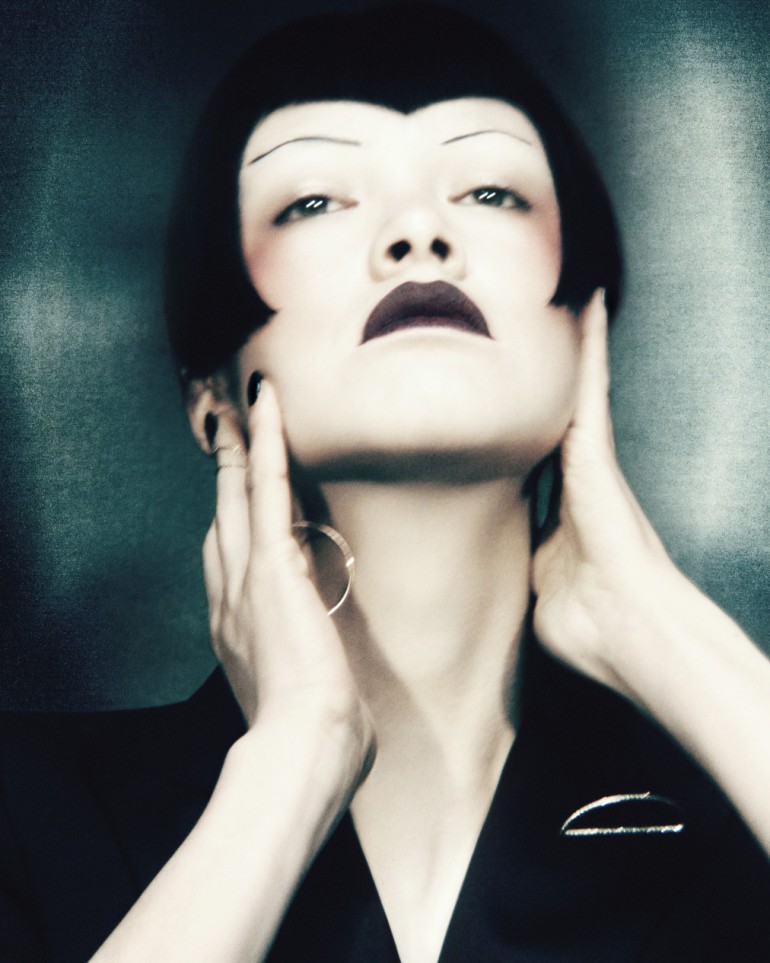 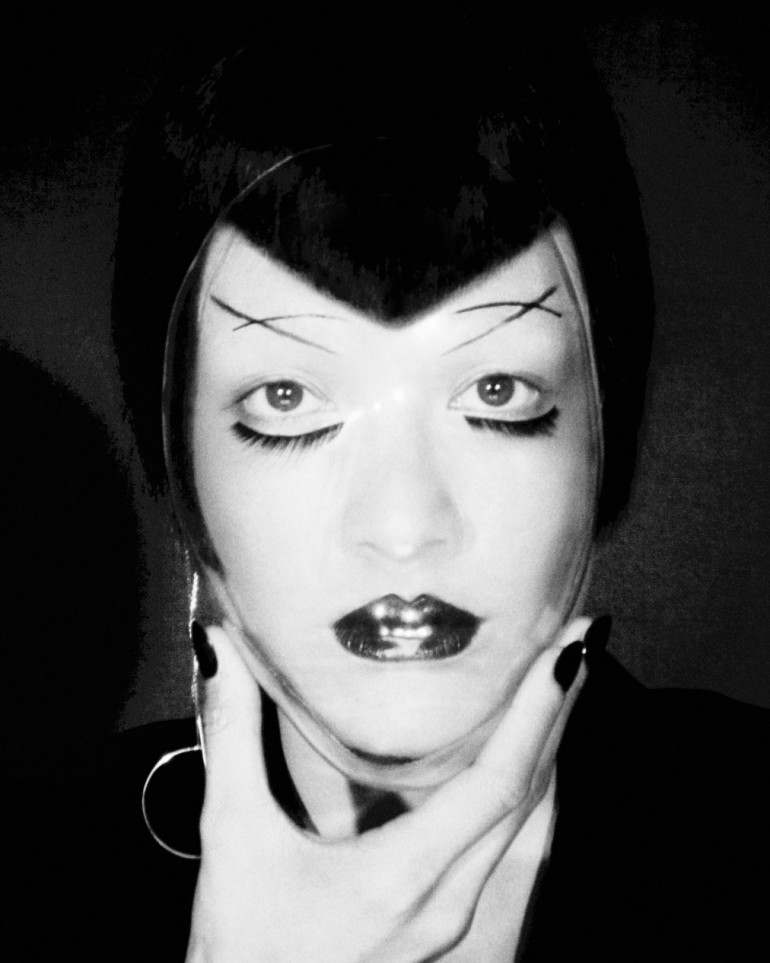 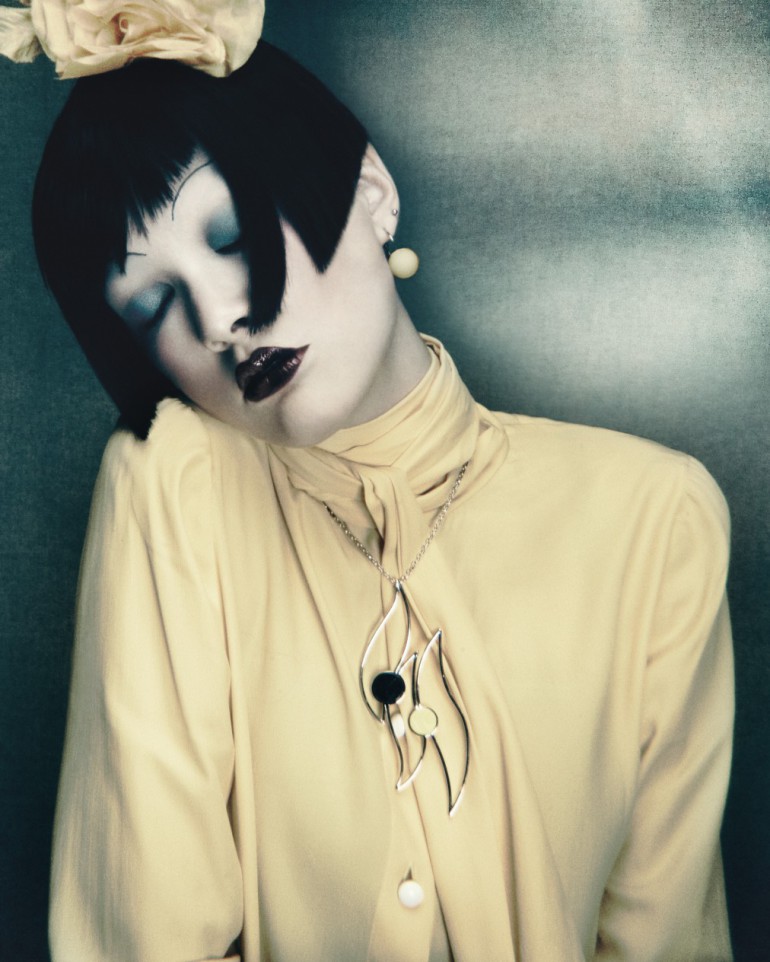 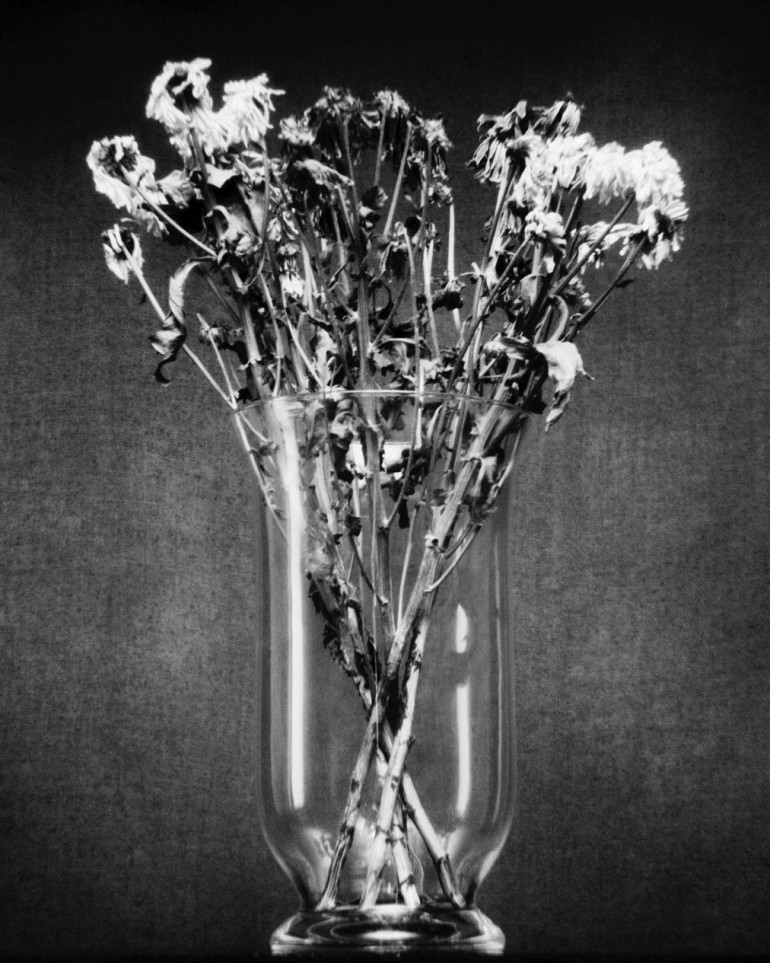 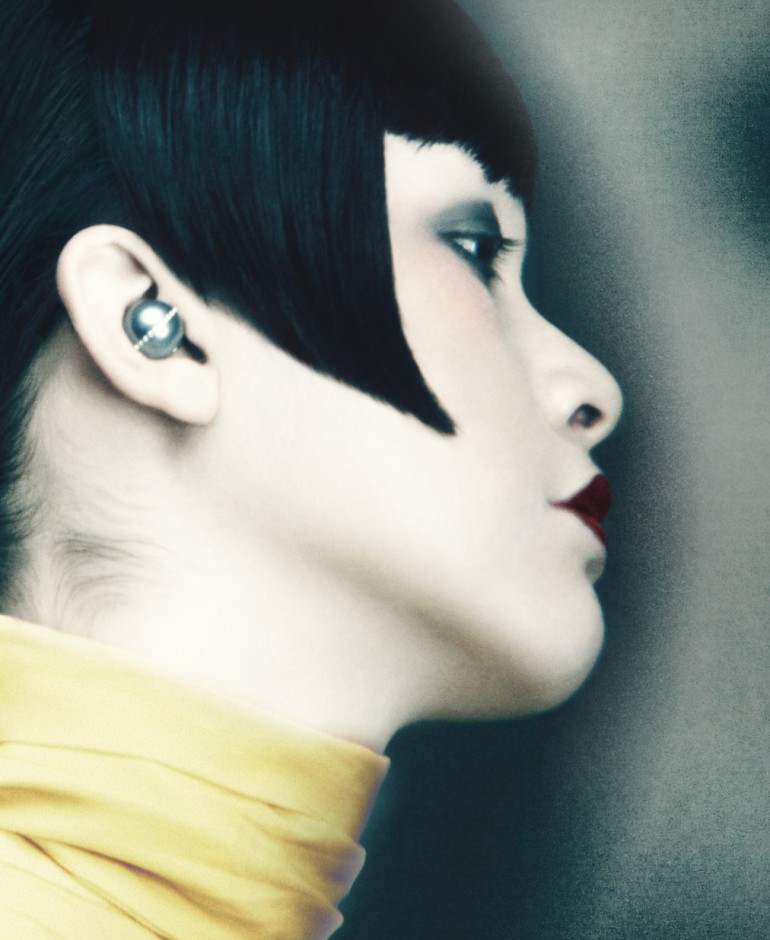 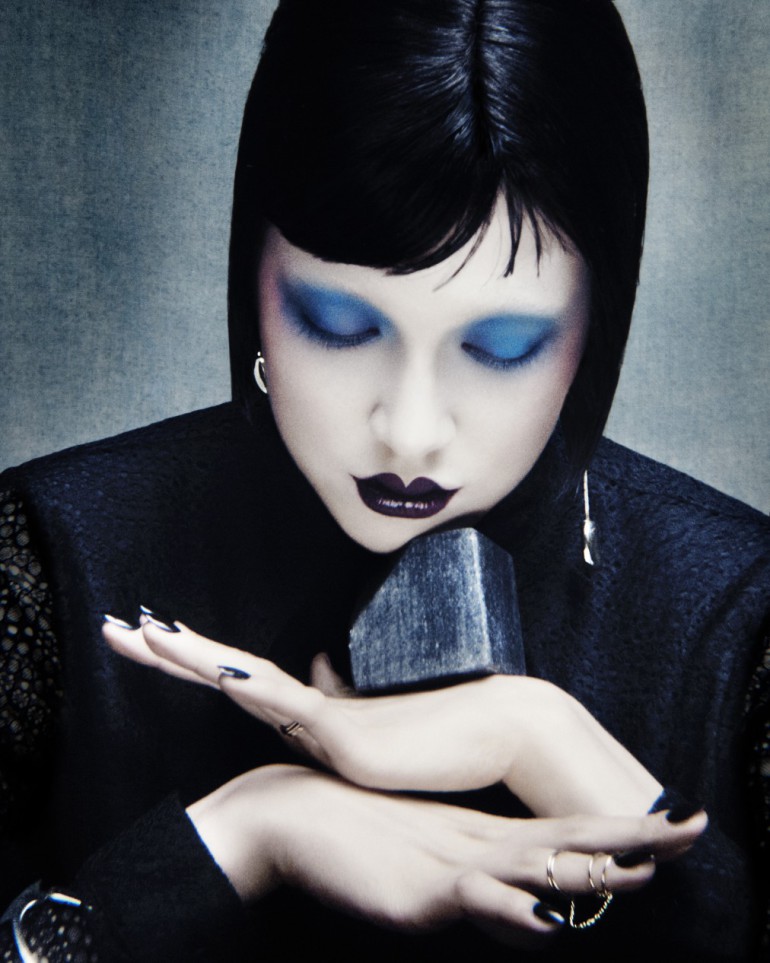 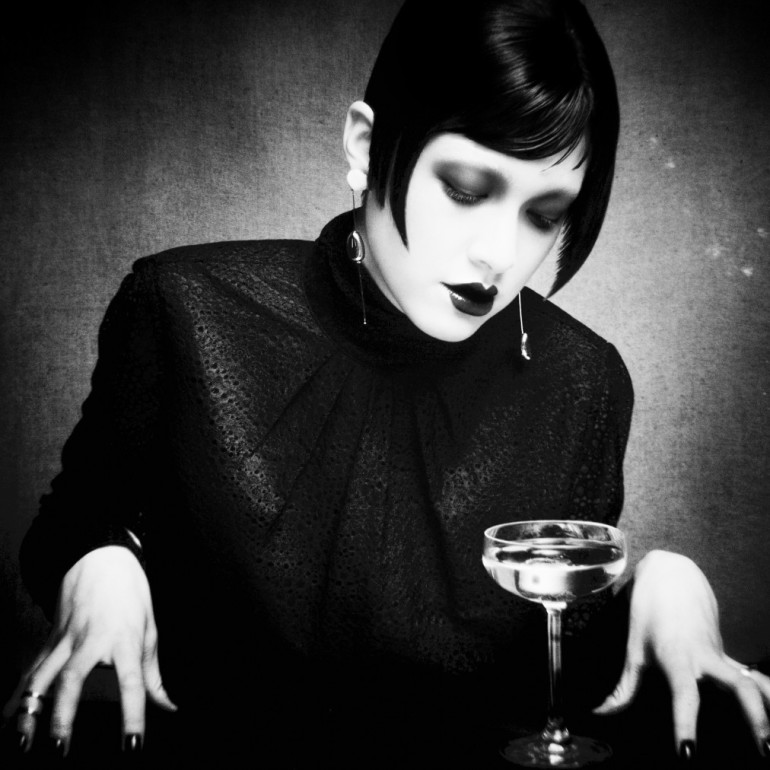 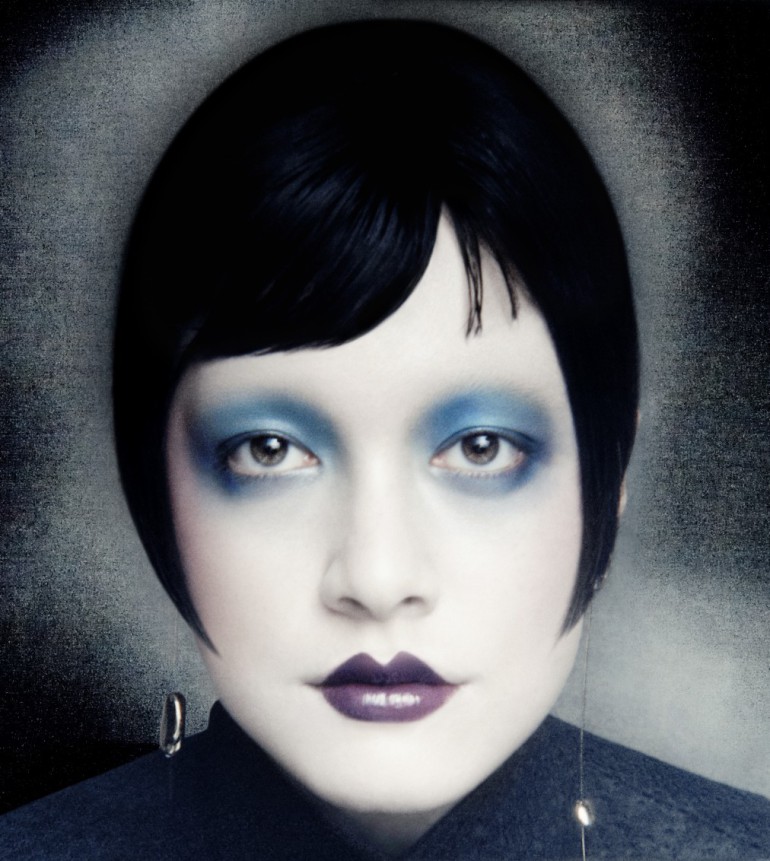