Amilna Estevão calls on powers from beyond by Txema Yeste for Numéro #169. The desert sings a song of hope as each shot celebrates female strength. As the air whips around Amilna’s body we feel a fusion of fashion & nature form. Art lays over the limbs, like a lost lover who’s found their way home. Extremity takes a stand as haute couture pays tribute to the land. Elizabeth Sulcer stimulates the mind with styles that don’t deny our need for perfection. Fabric flows in a most arresting way as each image is an act of creative commitment. White fur blows in the wind, as see-thru silk floats to the ground. From vintage silver to a futuristic wrap thrown over one shoulder, each look pays tribute to a diverse era. Txema doesn’t use this benevolent stage as merely a backdrop, rather he joins in our fight for freedom. There is no manipulation of props, rather, a realization of the universal forces as play. As the desert kisses the skin, sand is kicked up in a jubilant display. Bound by love of land beauty is captured in Victor Alvarez’s poignant hand. By allowing the face to speak we are able to see the essence of her intrinsic self shine through. A hint of soft charcoal covers the lids while the remainder of eyes are left alone. Makeup gives the skin a look of ethereal refinement, with soft powder that invites an inner glow. The lower lip lures us in, tantalizing with a tint of silver, as the mouth erupts with shine that surrounds. Sun streaks across the celestial sky, evolving from burning orange to a cupid pink. As clouds descend from up above we are reminded of our truth, in this game of life we are all but merely players. 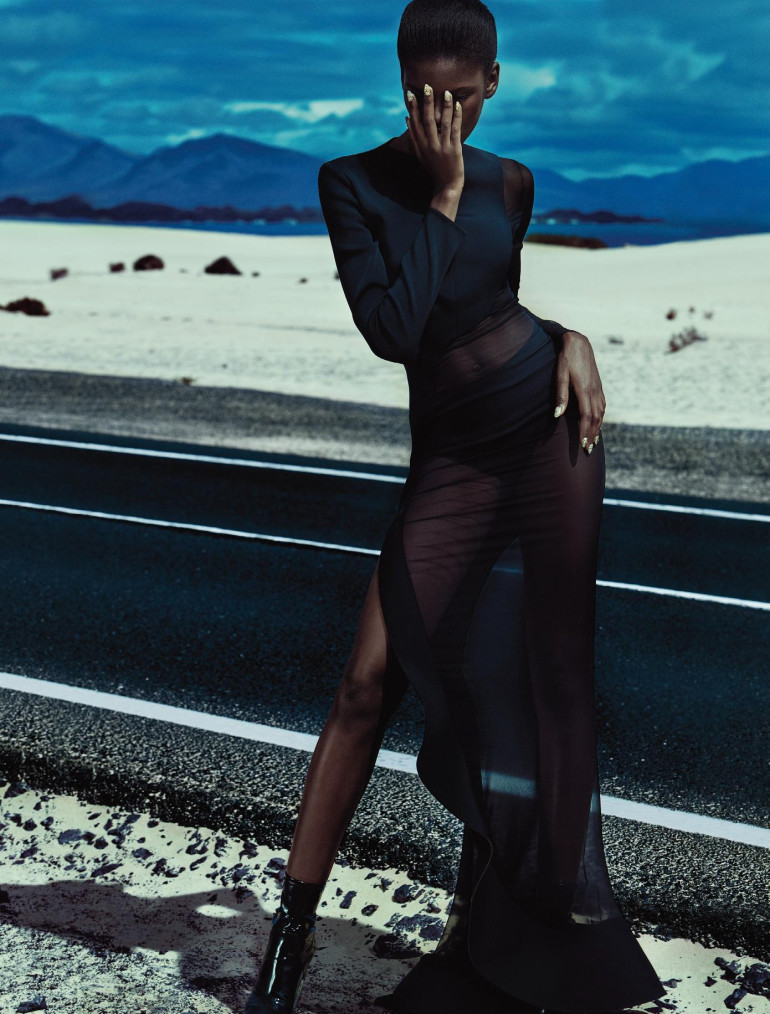 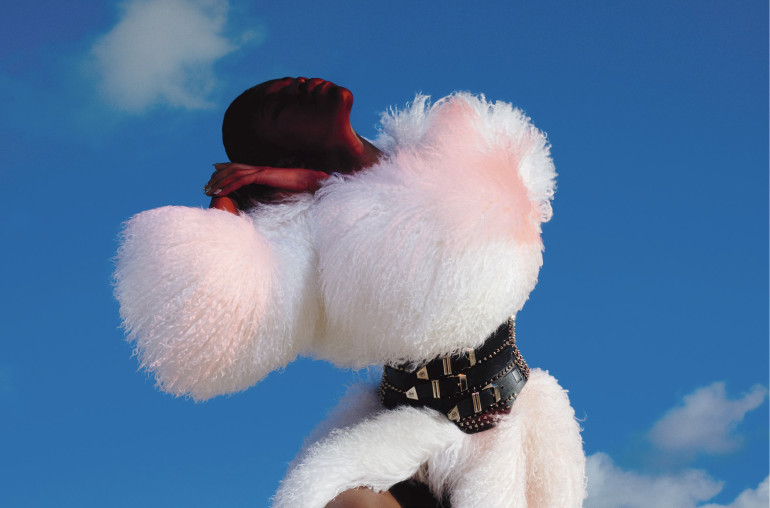 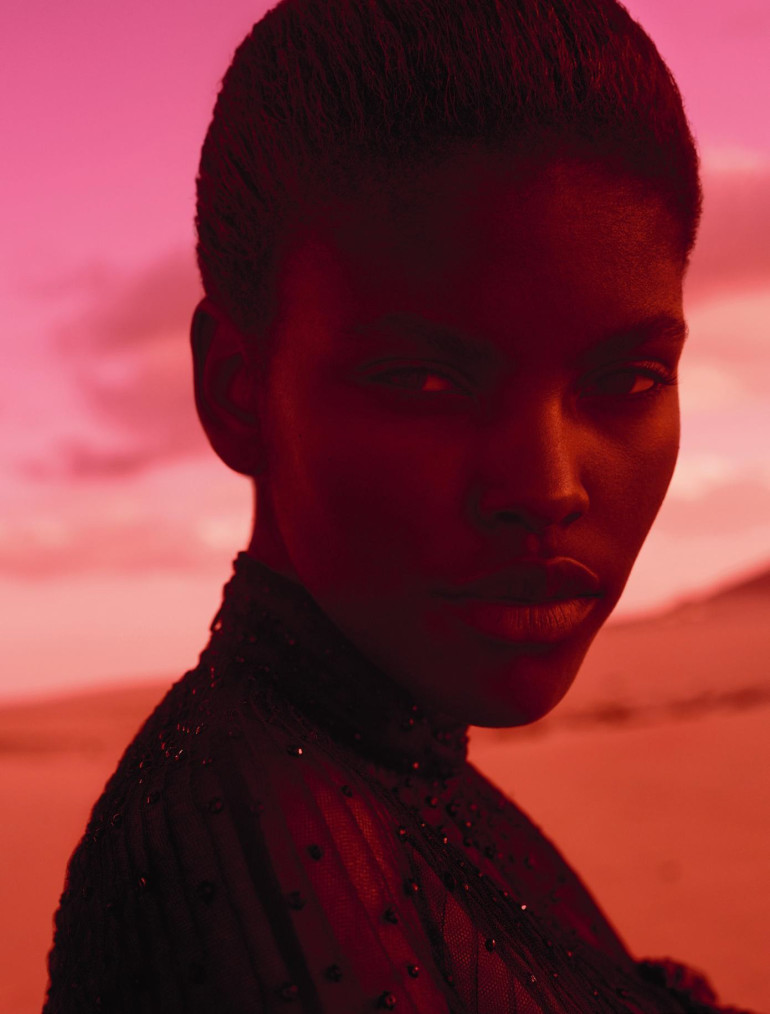 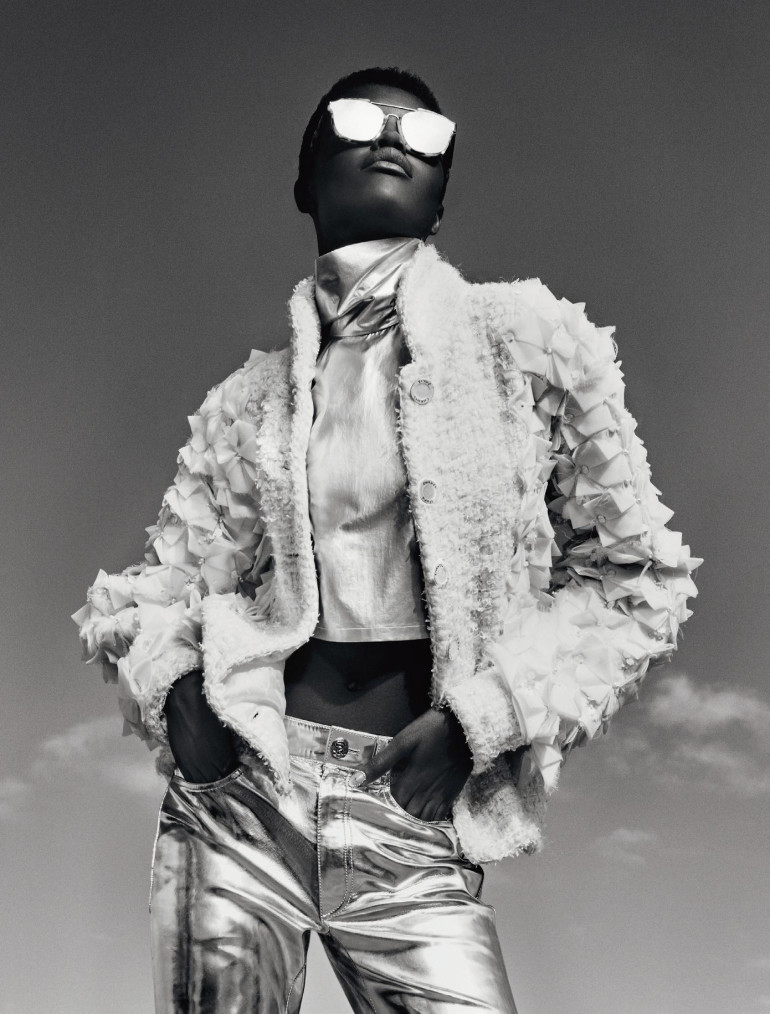 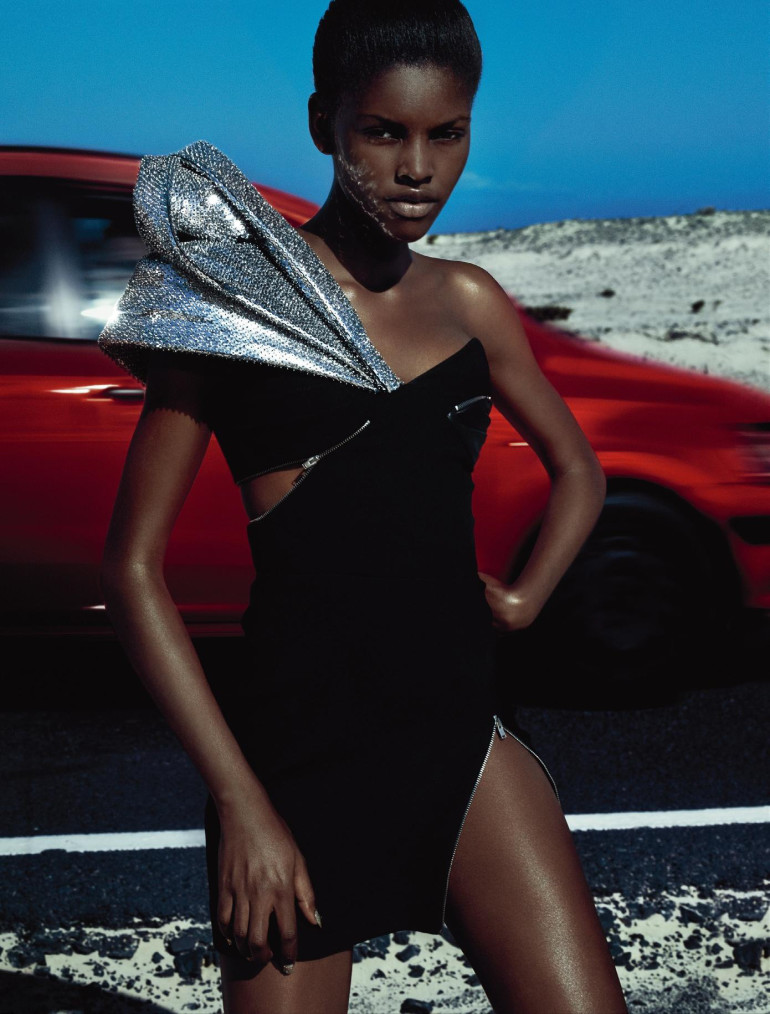 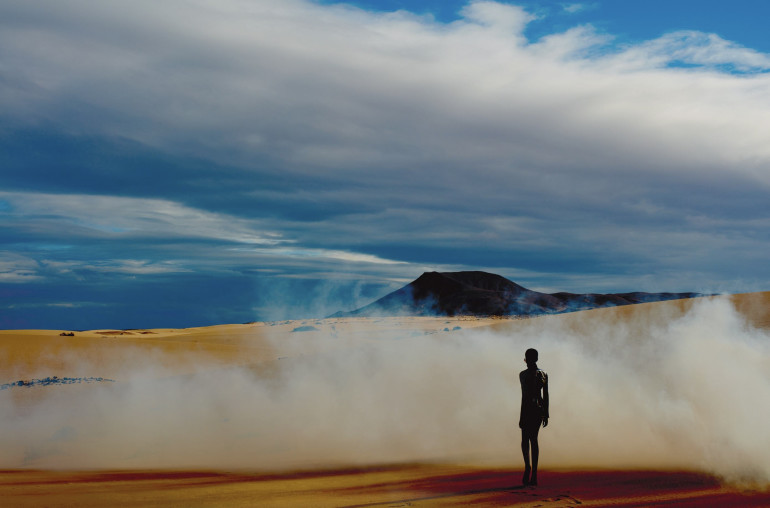 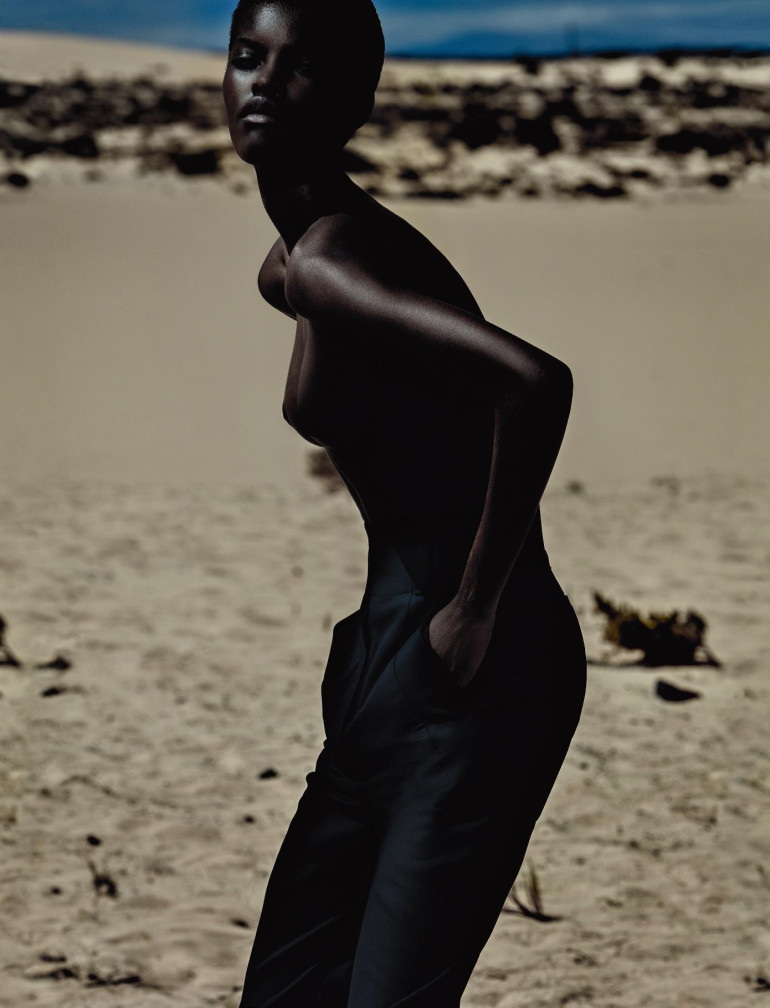 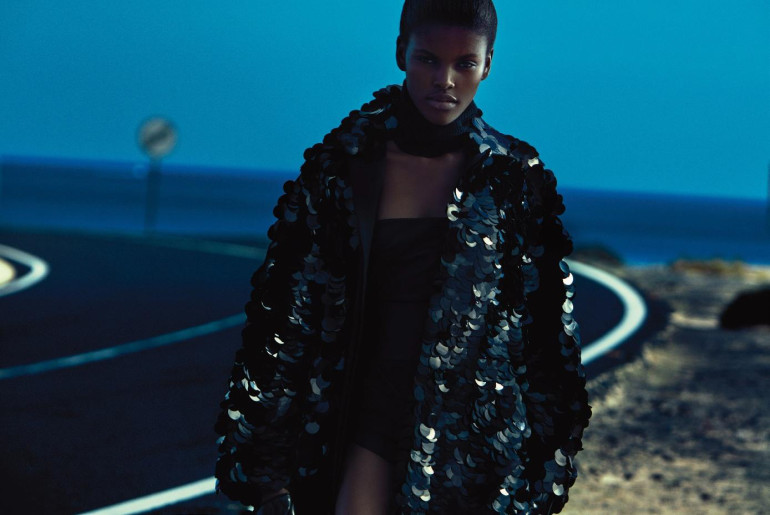 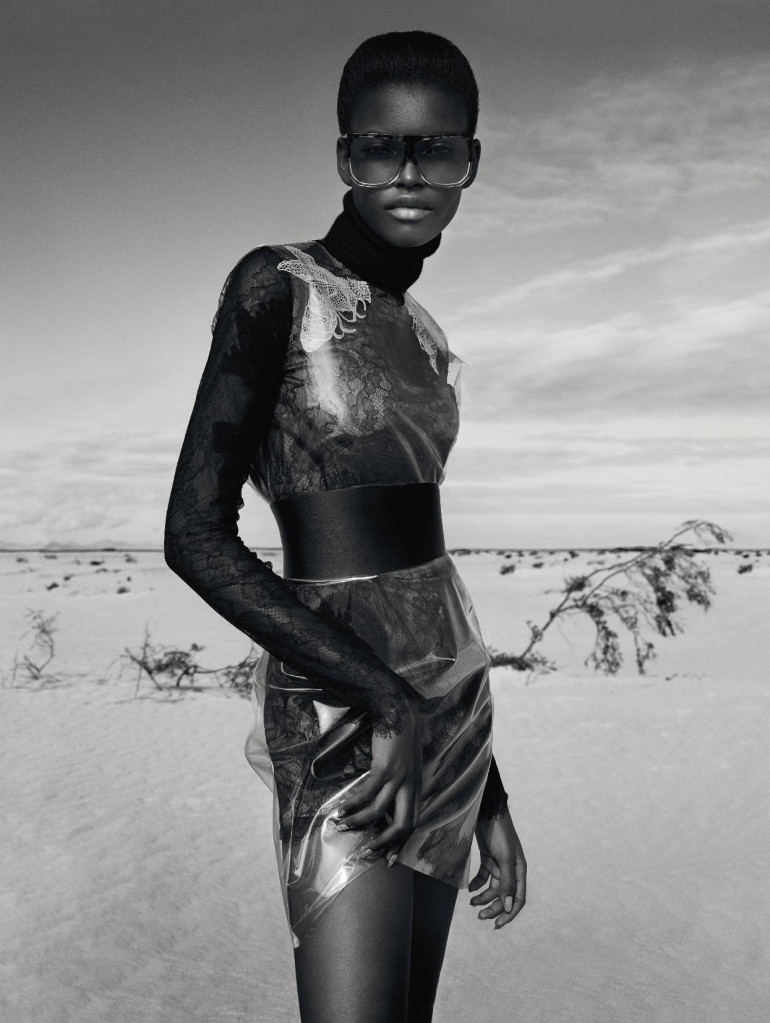 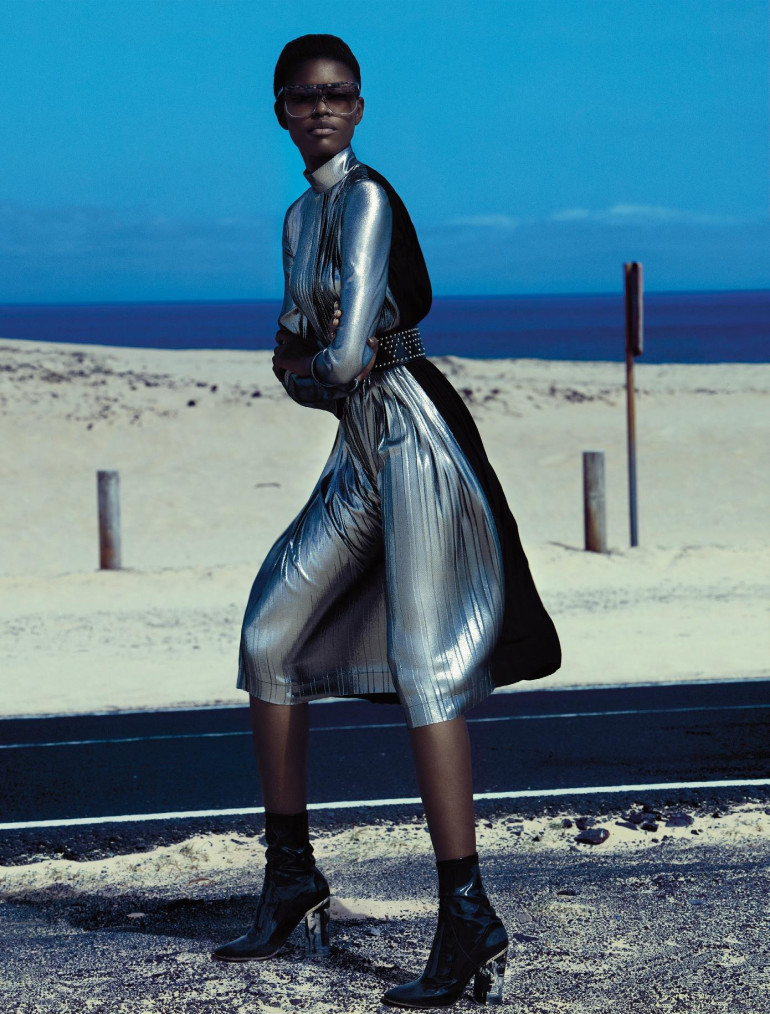 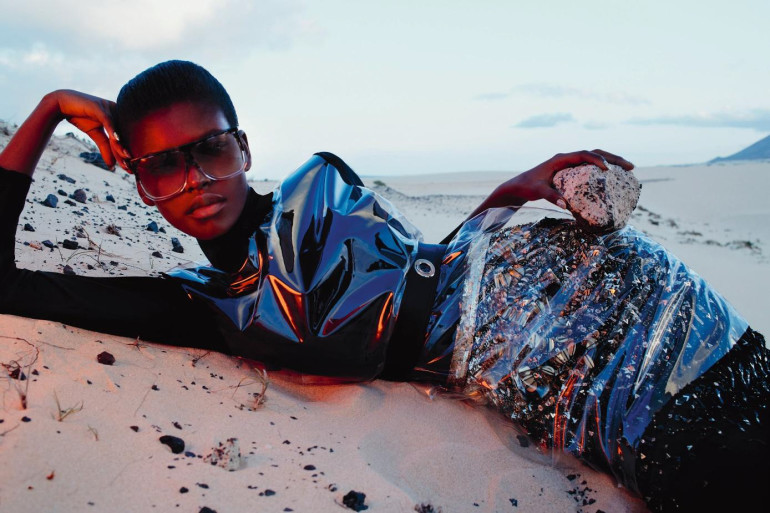 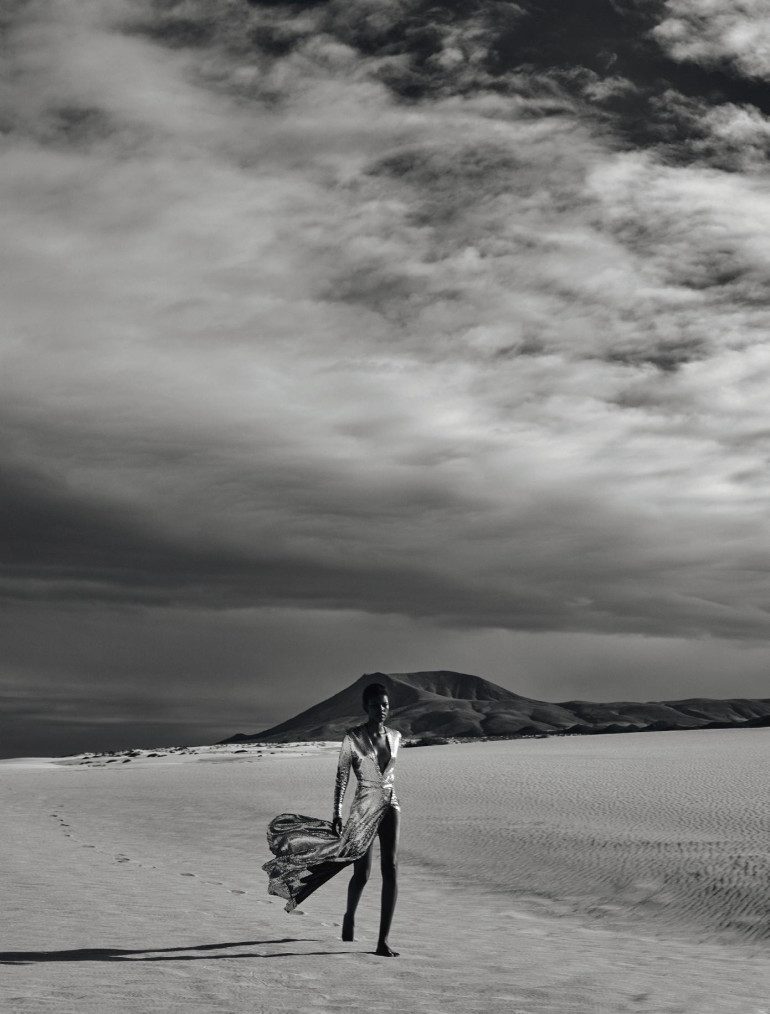 Nastya Sten Walks Into an Exotic World of the Unknown