Amy Hixson gets cheeky with a perky, pink poodle as she rolls around in vintage red by Jamie Nelson for Glamour Italia. Looking back at a time when a magazine, like Playboy, took its name seriously. The original publication was meant to carry a hit of kitch while bringing a distinctive Wink ;). Stylist, Michael Kozak, devours decadence by delivering a dip into the 70’s. Remembering when noir was considered a haute extension, high fashion has some fun with couture that captures the many colors of red. Fur reflects the holiday season, with a cropped white jacket topped with crimson at the collar. A two-piece bathing suit raises the roof with graphic circles covering the bottom-half. Hixson blends retro revival with sensual exploration, for a blast of patent leather unlike we’ve seen. Going back to the days of defiance, longish, black gloves go dramatic as a giant heart ring keeps things in perspective. Natural beauty grabs a backseat as Michael Anthony rediscovers the mystery of maquillage. Celebrating the historic trends that made doing your makeup a true event. Adorned glamour erupts as each image evokes the intensity of the time. Heavy application spreads over the skin as a cast of cool colors make their way in. The eyes have it, as iridescent shadow surrounds the lids leaving dark brows to frame the face. False lashes take us back to the day when a stare was truly significant. Playful, perky, flirty and fun – the cheeks get cheeky – as blush stripes keep things sharp. Pictures feature a frosty mouth from soft pink to rich coral, lips are the star of the show. Hairstylist, Mischa Golebiewski, goes from Farrah to Vidal with big coiffed curls that capture the flavor of the decade. Going to extremes, the story ends with a bang by letting this perky, pink sweetheart delve into a more radical flavor. Dripping in red, all goes rouge from finger-less gloves to a powerful pout, with color so clear we can hear the fire shout. 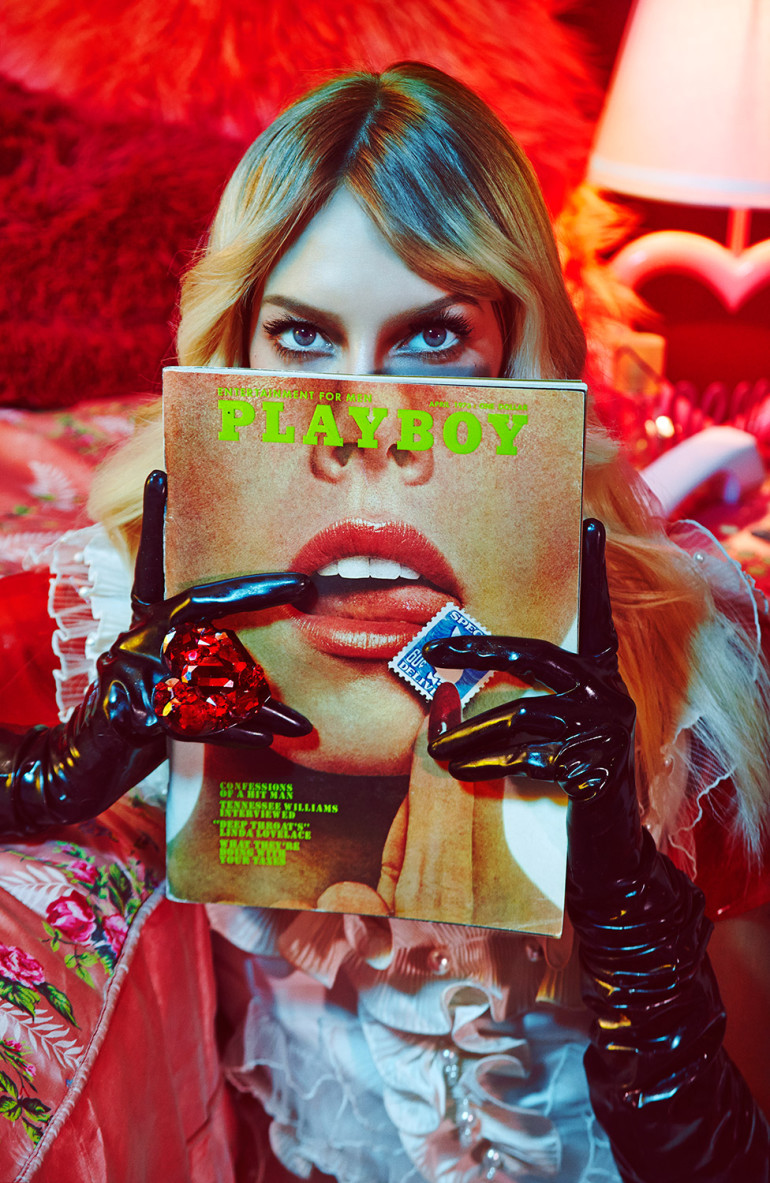 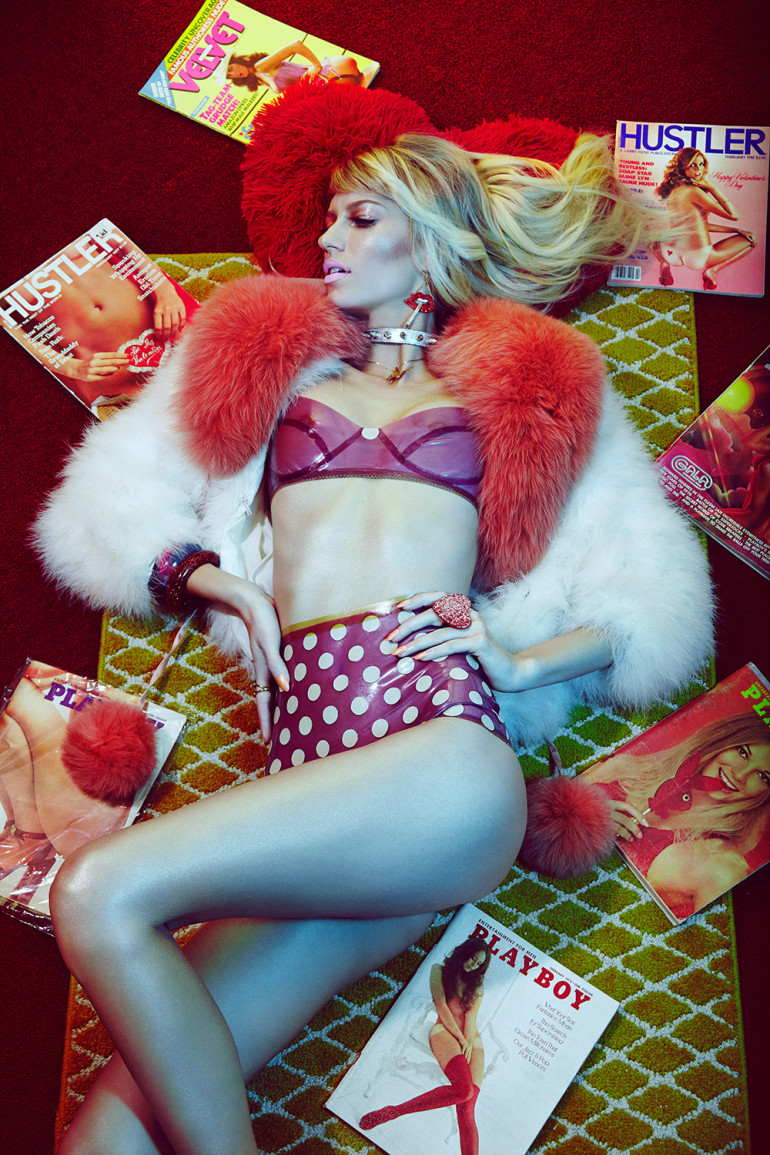 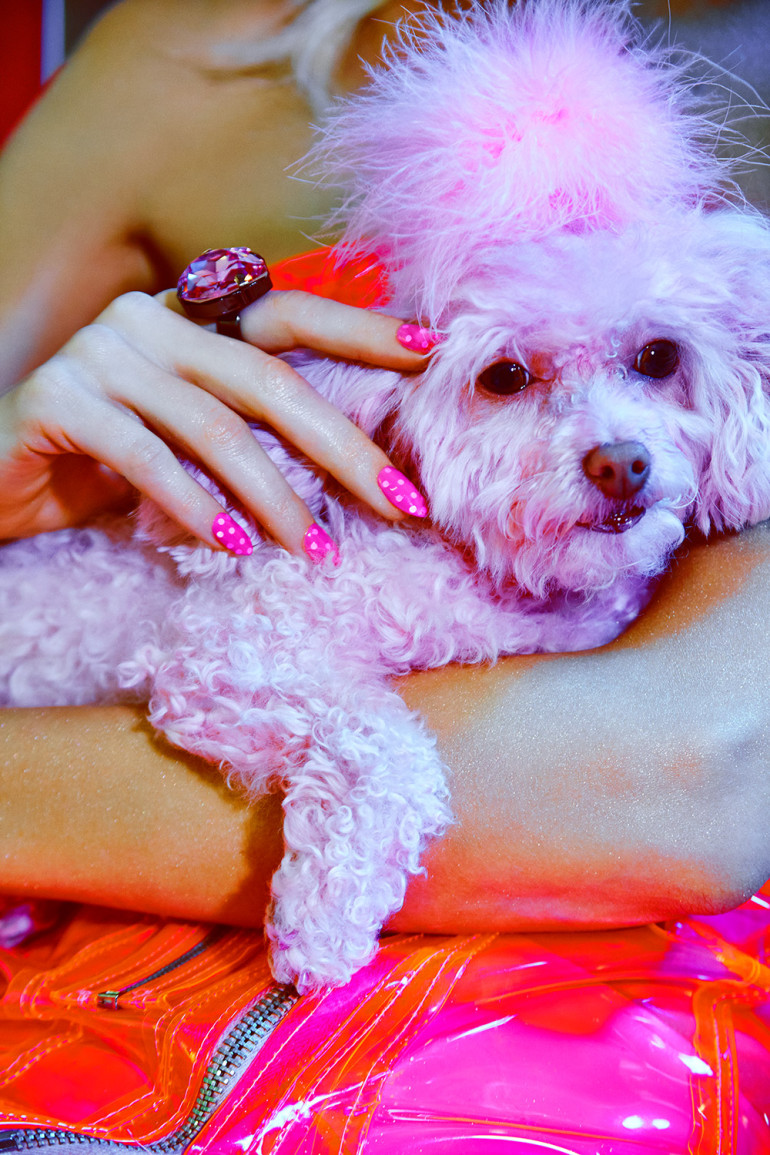 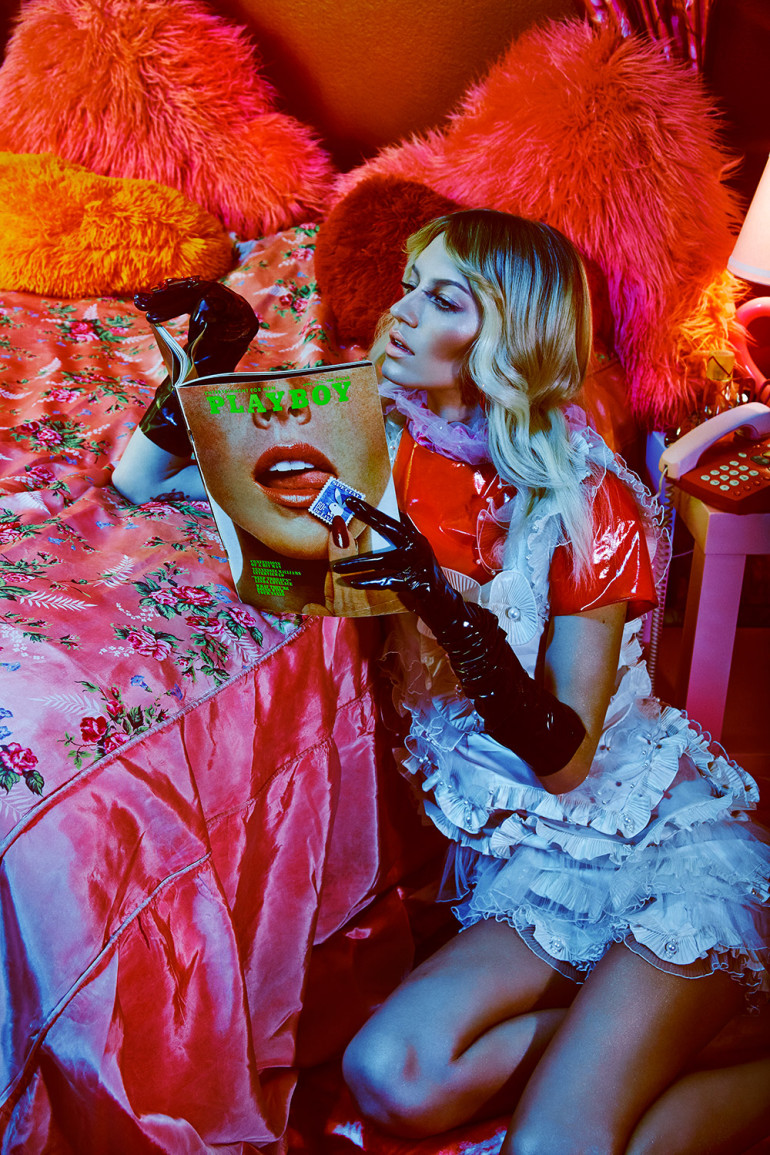 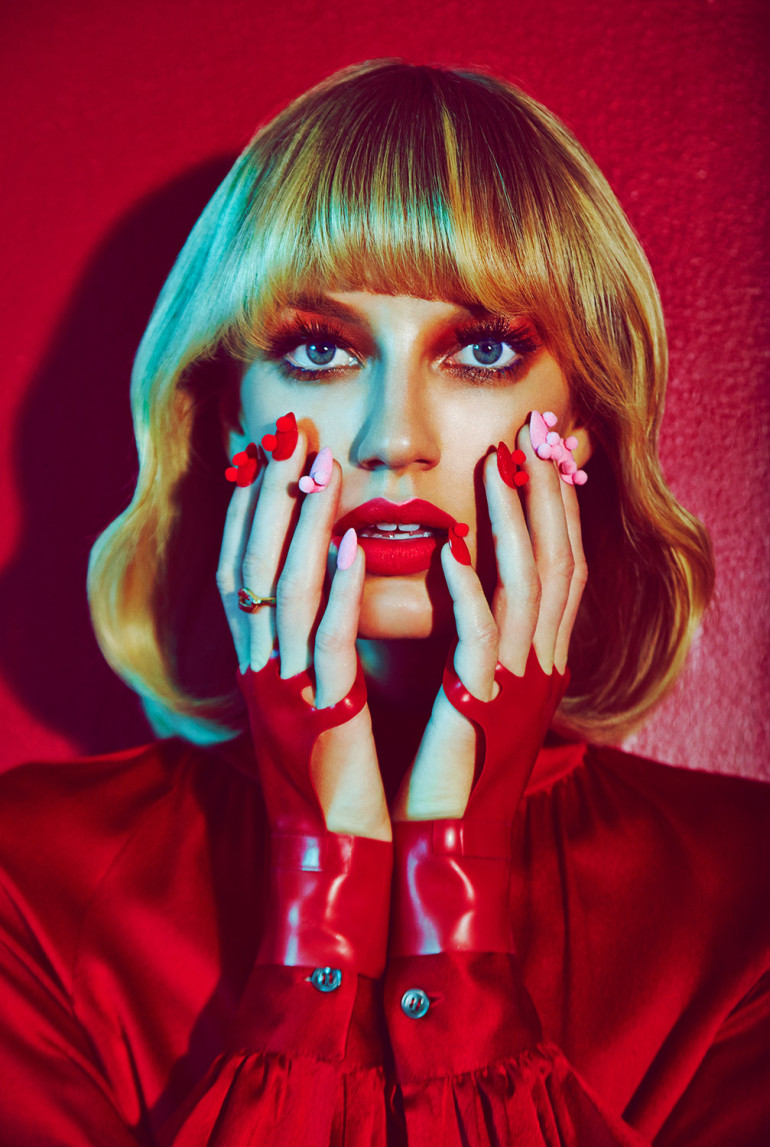 Luisa Bianchin Floats on Sea of Flowers 'Tutte in Fiore'

Cleo Cwiek 'Pierce My Skin, Tattoo My Heart' for Tush