Edie Campbell plays a version of Alice in Wonderland in “Check-Mate” by Tim Walker for Vogue Italia, December 2015. Walker imparts his genius by allowing us to feel as if we are looking down the rabbit hole. Madness conforms into high-fashion fun, as images are ingeniously captured from much-loved fairy-tale characters. Jacob K shows us the charisma of couture with styles that break through the wall of wonder. Primary colors pop off the page as brilliance steals the stage. Abstract mania takes over, with noir of knights and black/red jesters, to the fiery spirit of purple, yellow, teal and pink. Childhood fantasy explodes, from haute proper to the dramatic detailing of costumed camouflage. And, while this tale takes creative licence, the artistry of avant-garde effects alter the mind. The theater of maquillage erupts as Miranda Joyce composes modern makeup marked for skin play. Inventive saturation steals the scene with silken shadows made for the stage. Like a queen on a chess board, contoured shapes surround the eyes, with wild configurations that frame the lids. Bleached brows disappear in delight as invisible lines are left lurking behind. As orbs cast frames over the face, leaving crazy patterns in just the right place. Swaths of crystallized white, black, green & burgundy invite the imagination to fly, with features that are no longer features, they are merely pieces of a live puzzle. Edie’s mouth matches in perfect symmetry as orange lips slip into another world. Hairstylist, Shon Ju’s, architecturally inspired wig is so deep with dimension, it’s as if we could reach out and touch…

Daydreams fill the space between with distorted illusions that make us scream, from here to there and way beyond is where we’ll find our magic song, mental majesty holds our dreams of flying cows and cresting streams, I ride like a knight through thick and thin to save my love from whence I’ve been, I’ll ride this ride all around from inside/out to upside/down, poetic prose – tanyajo. Vogue Italia gives the entire issue this season to Walker, imparting his talent as he invites us into a Magic Wonderland. 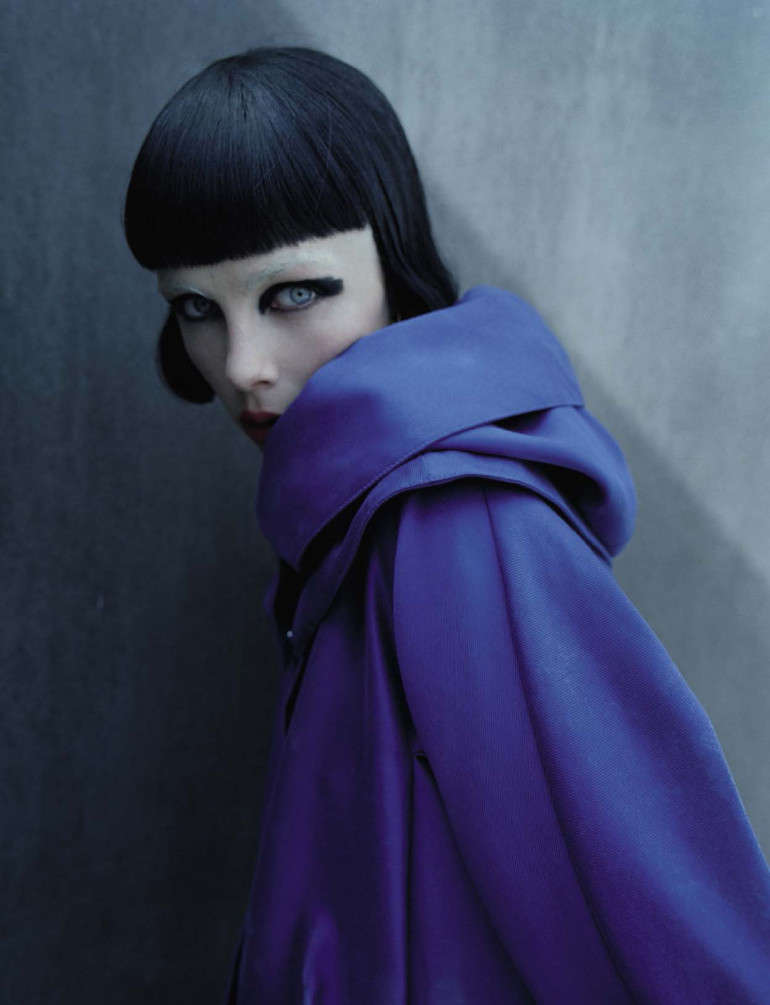 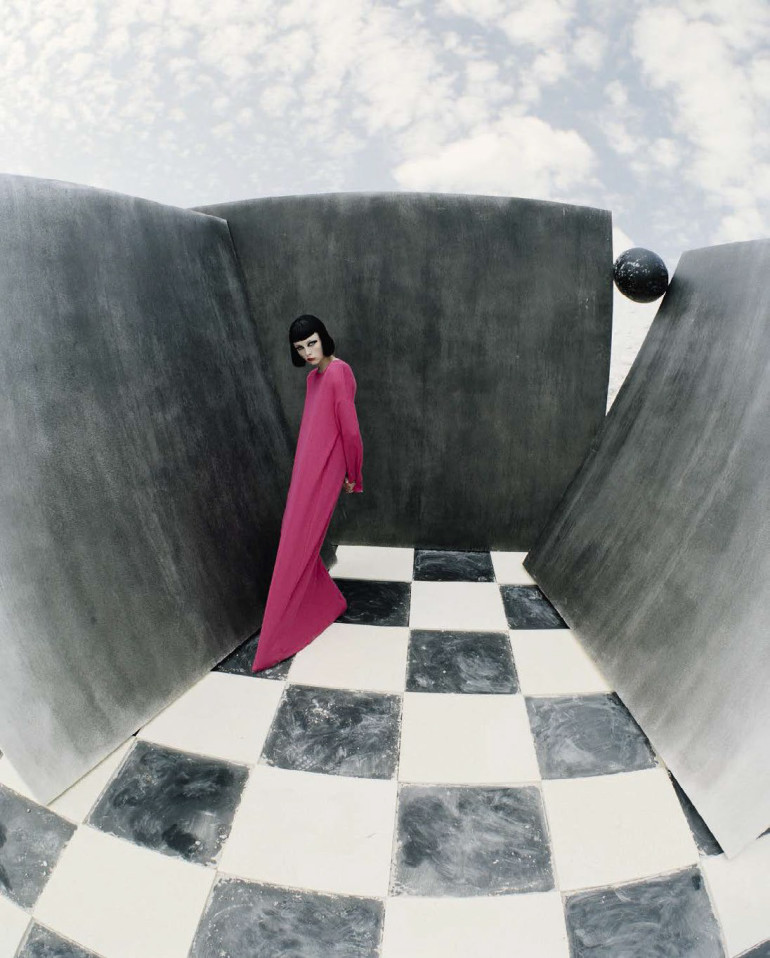 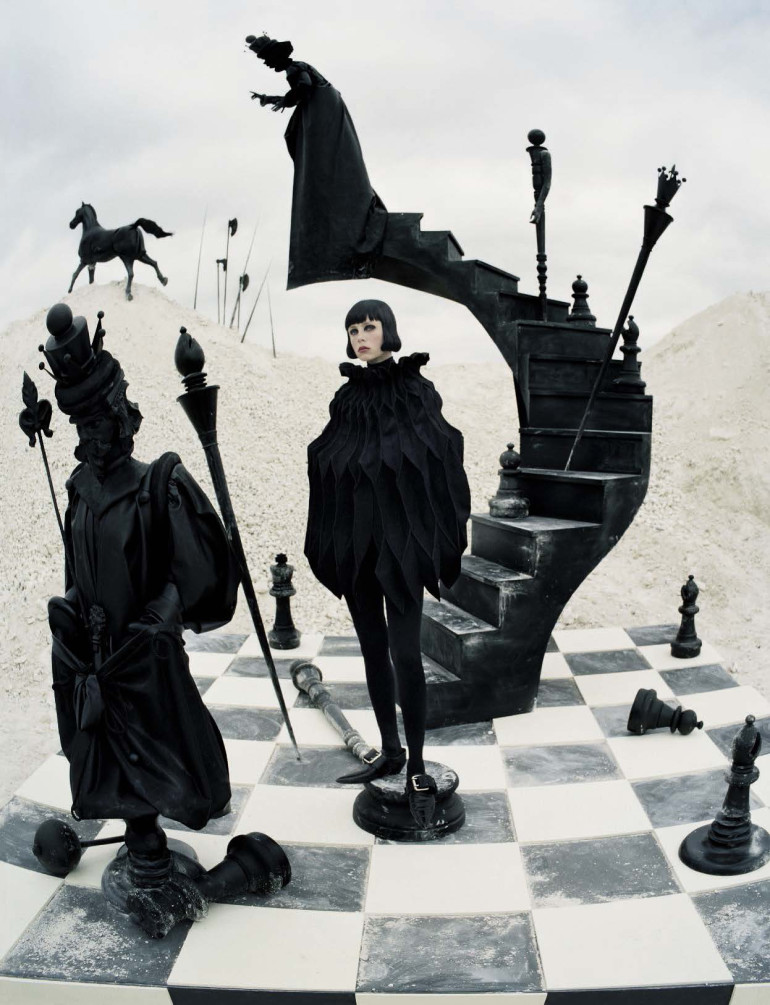 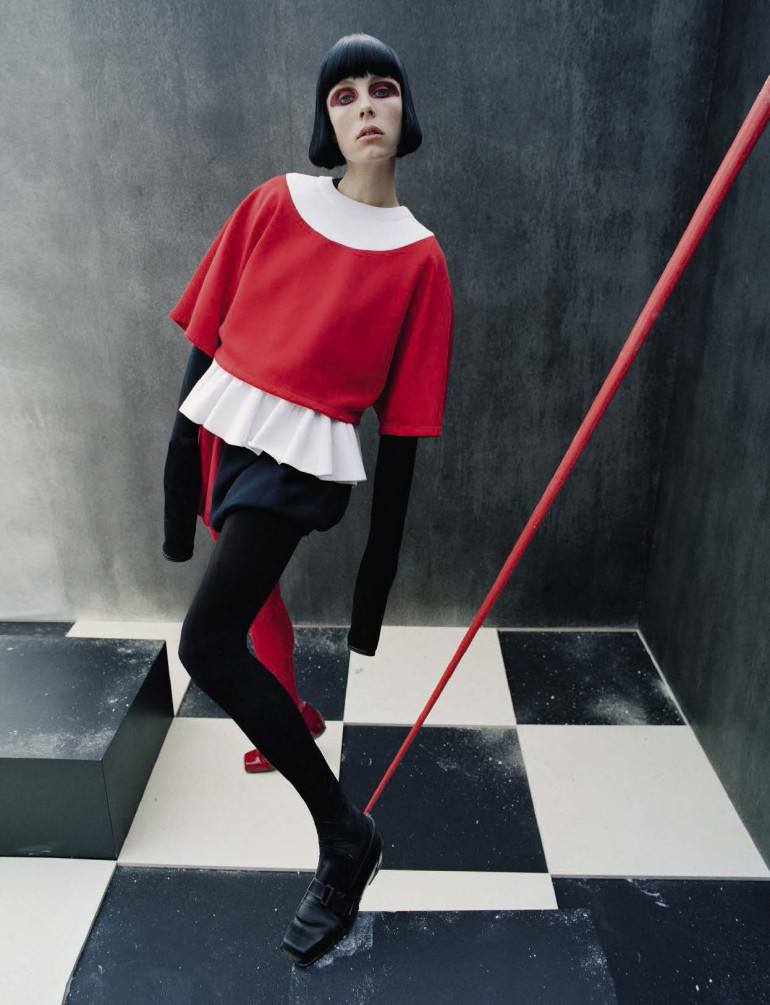 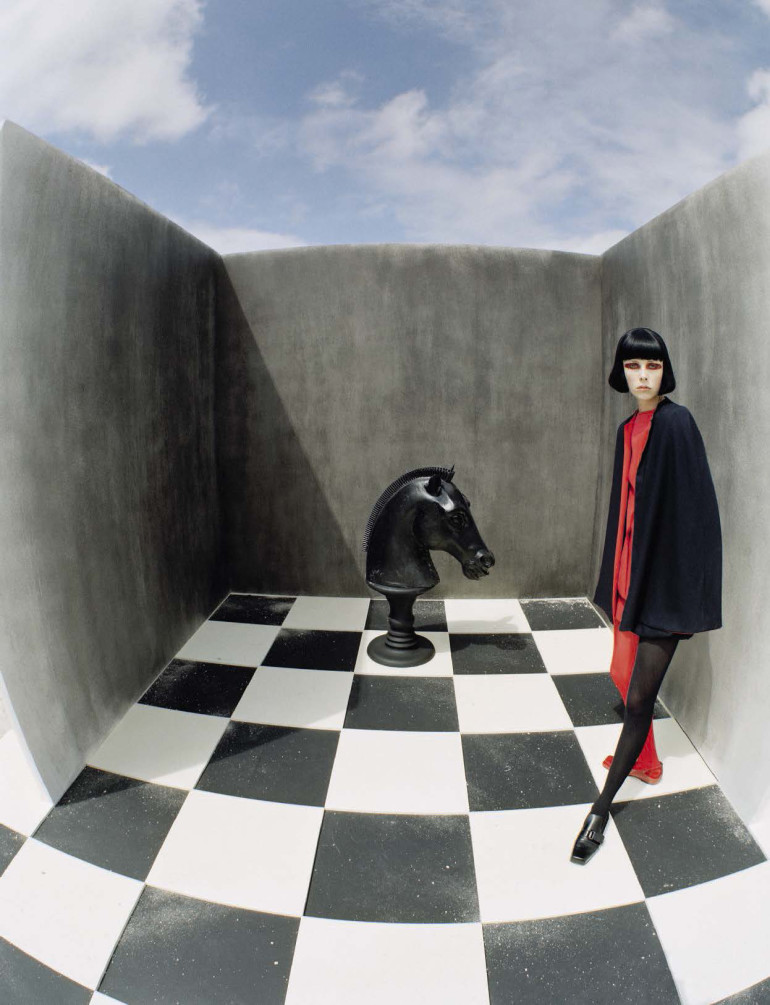 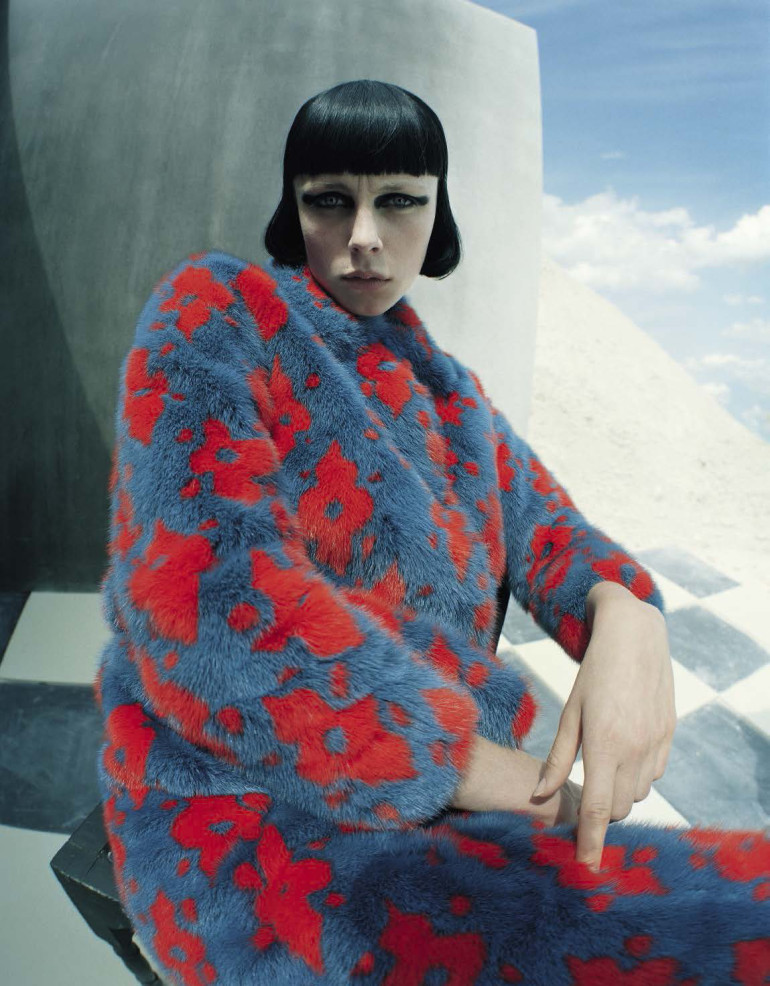 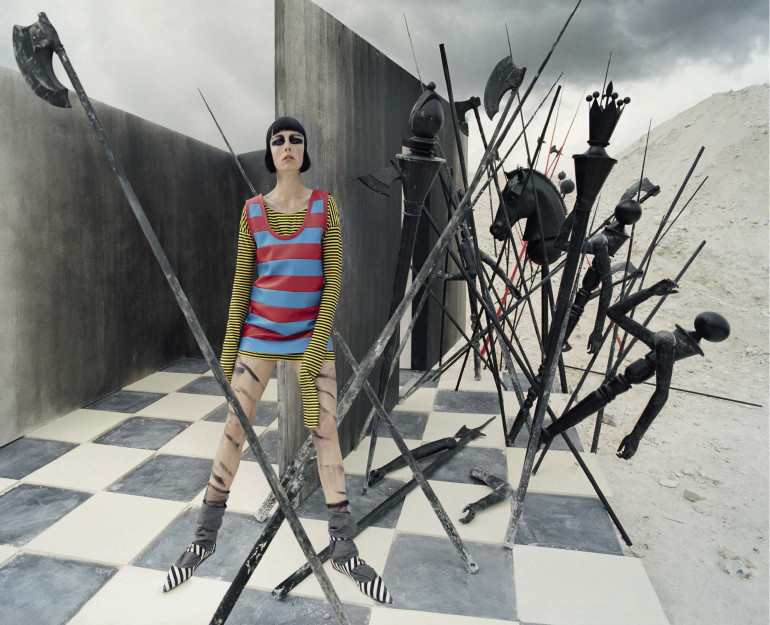 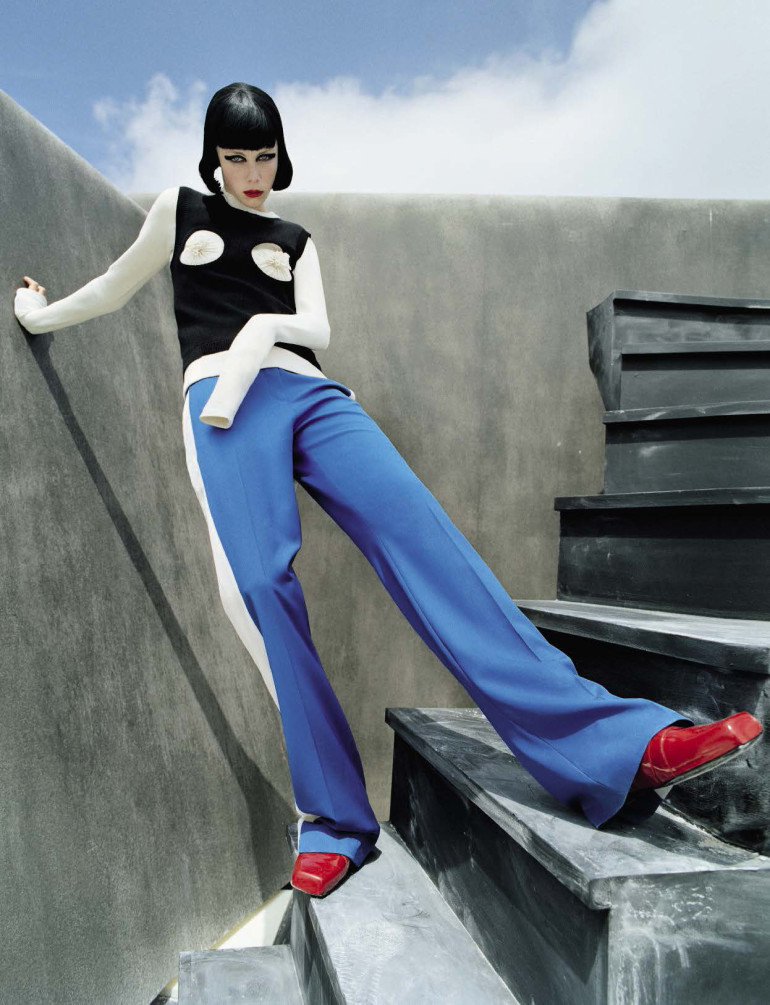 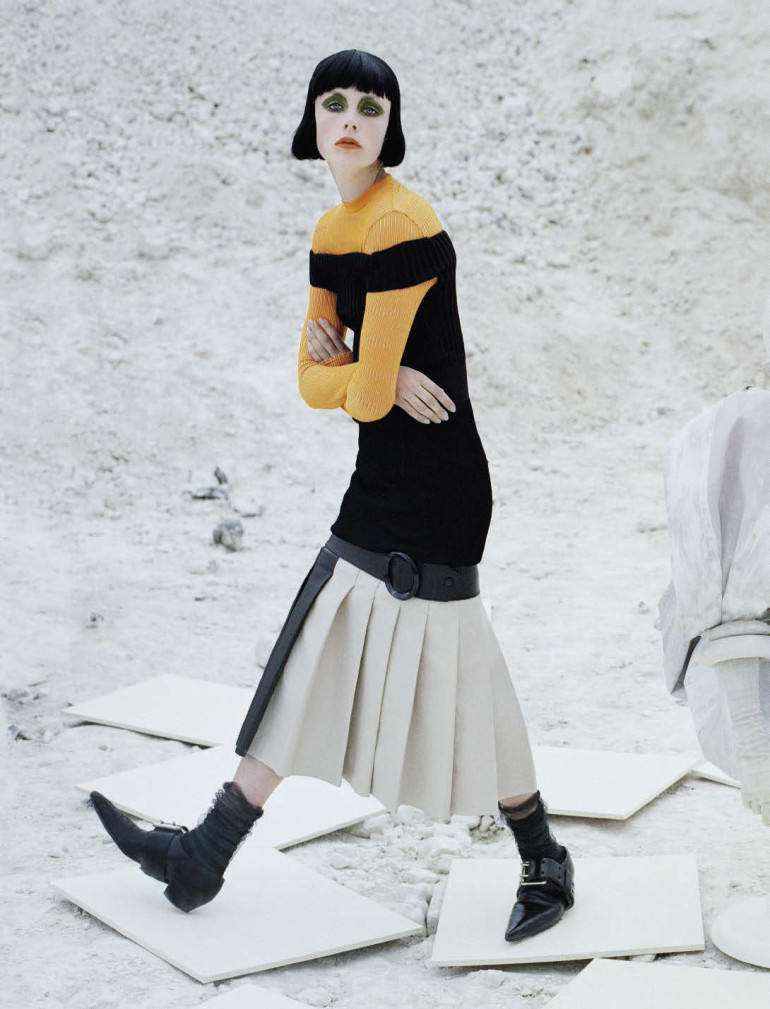 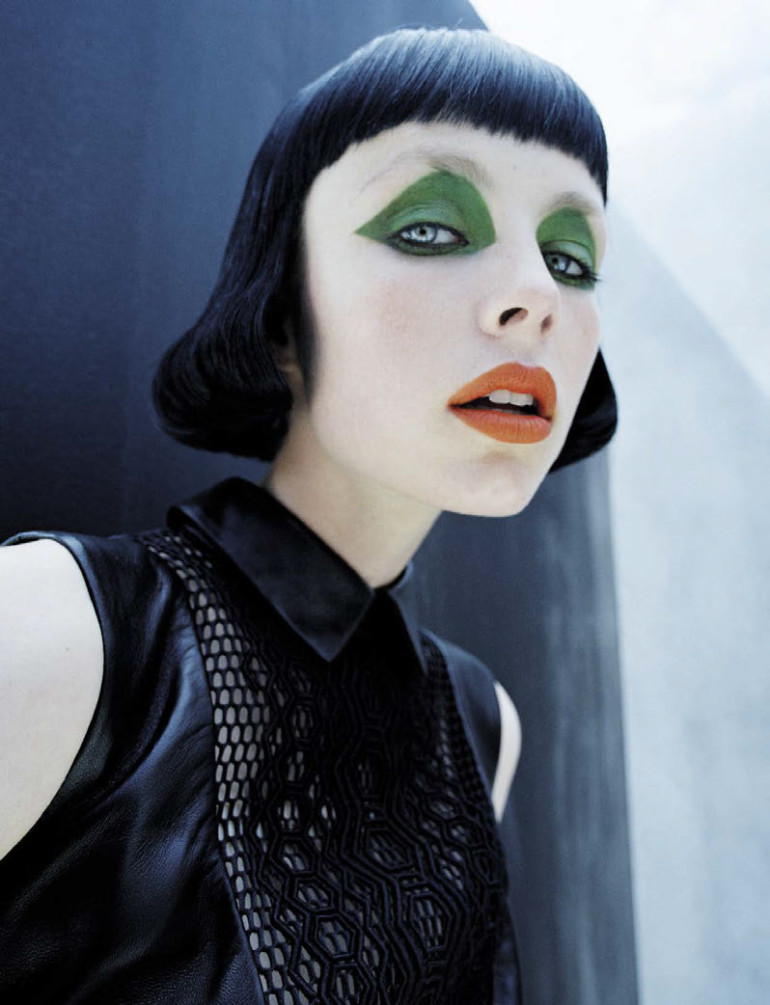 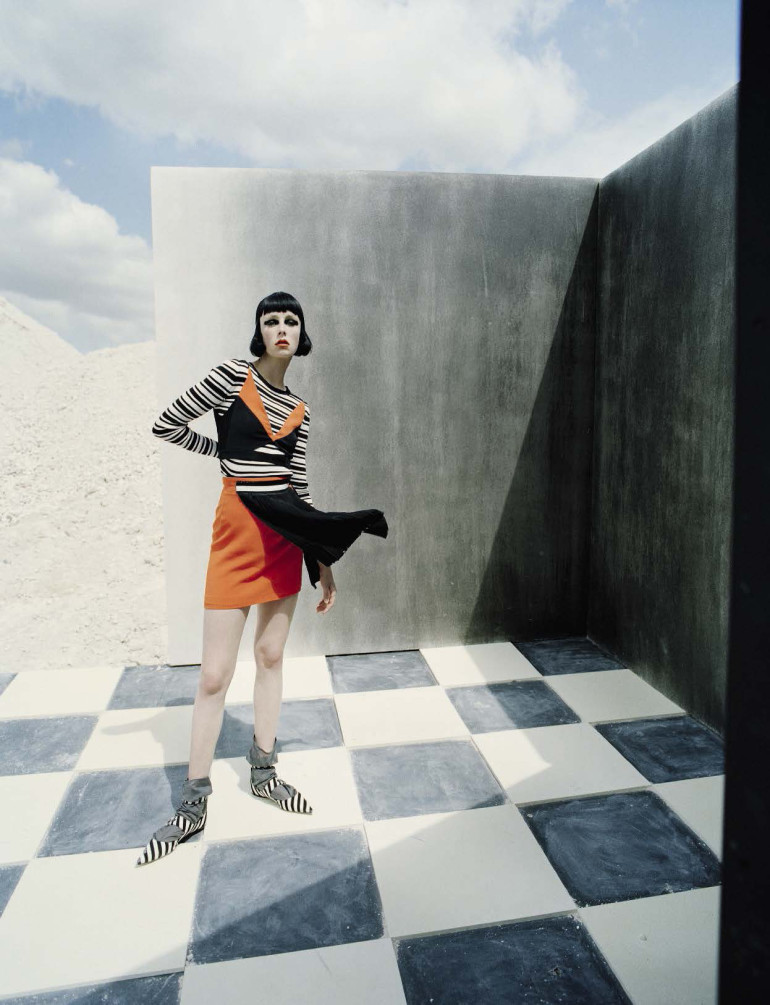 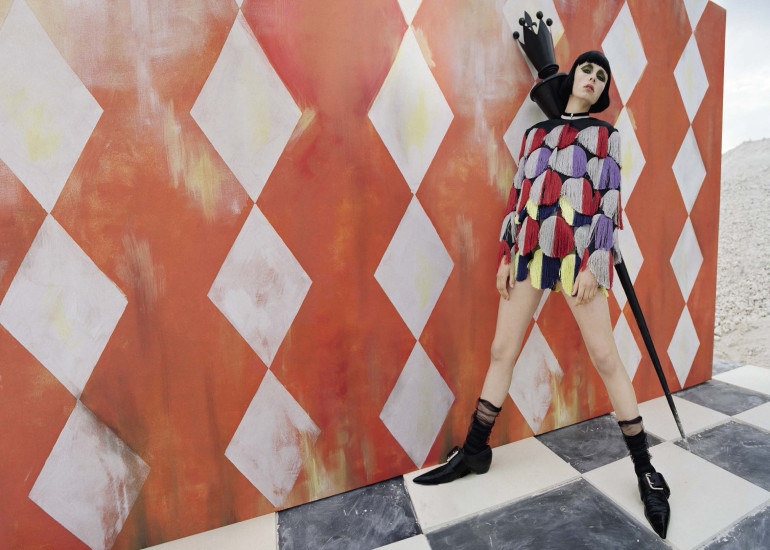 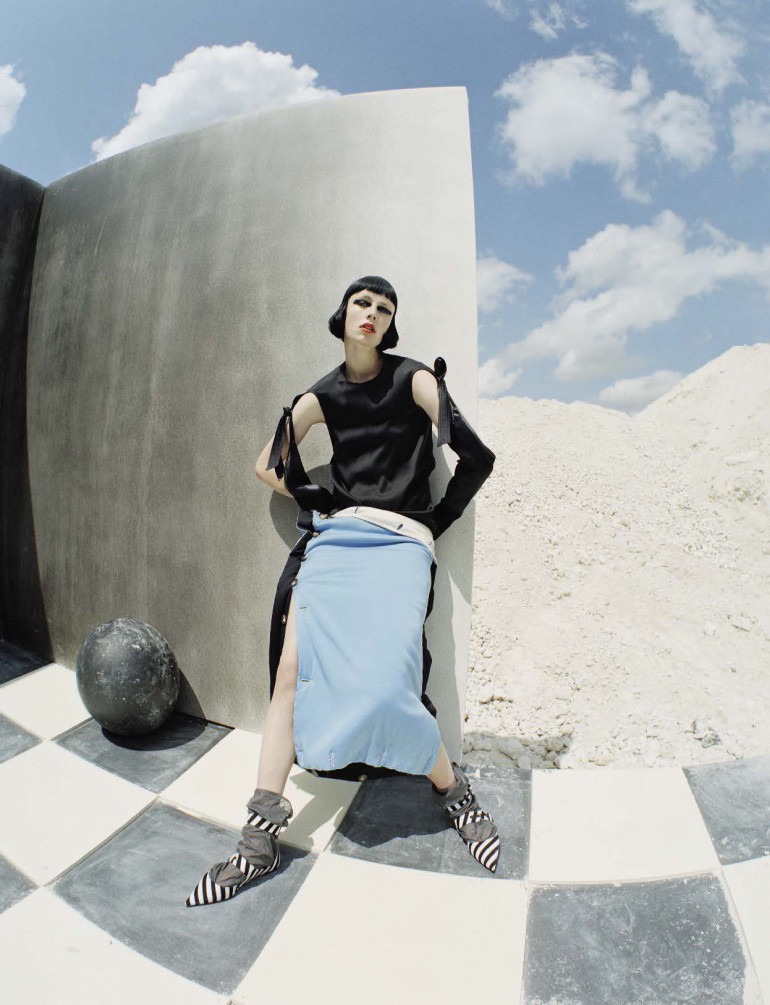 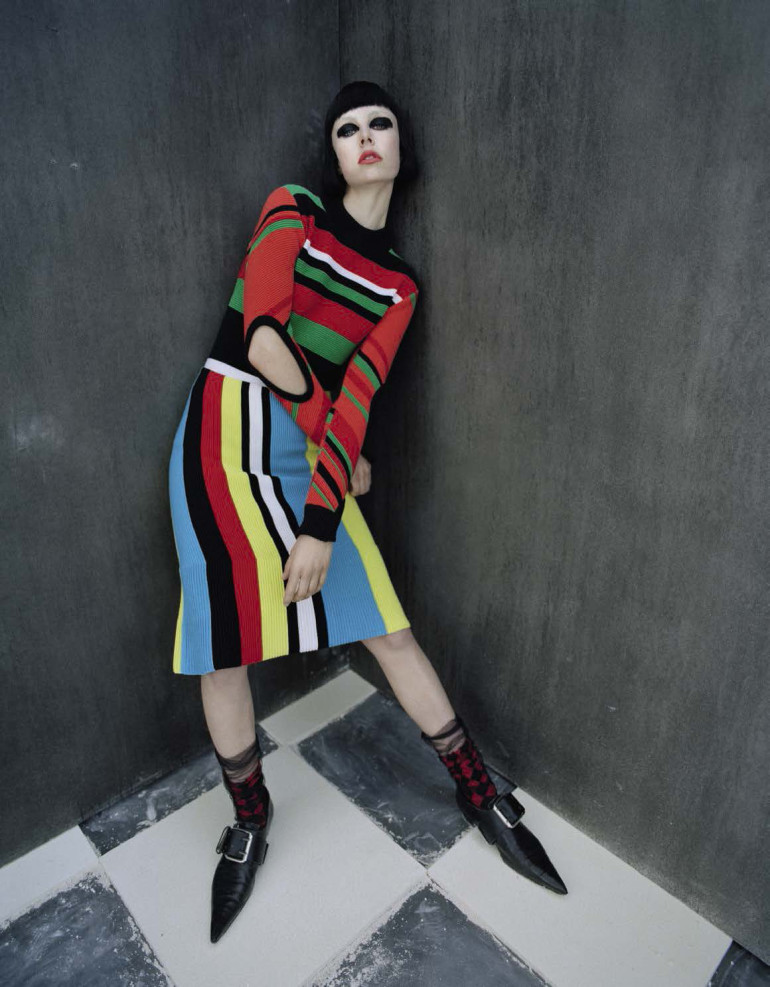 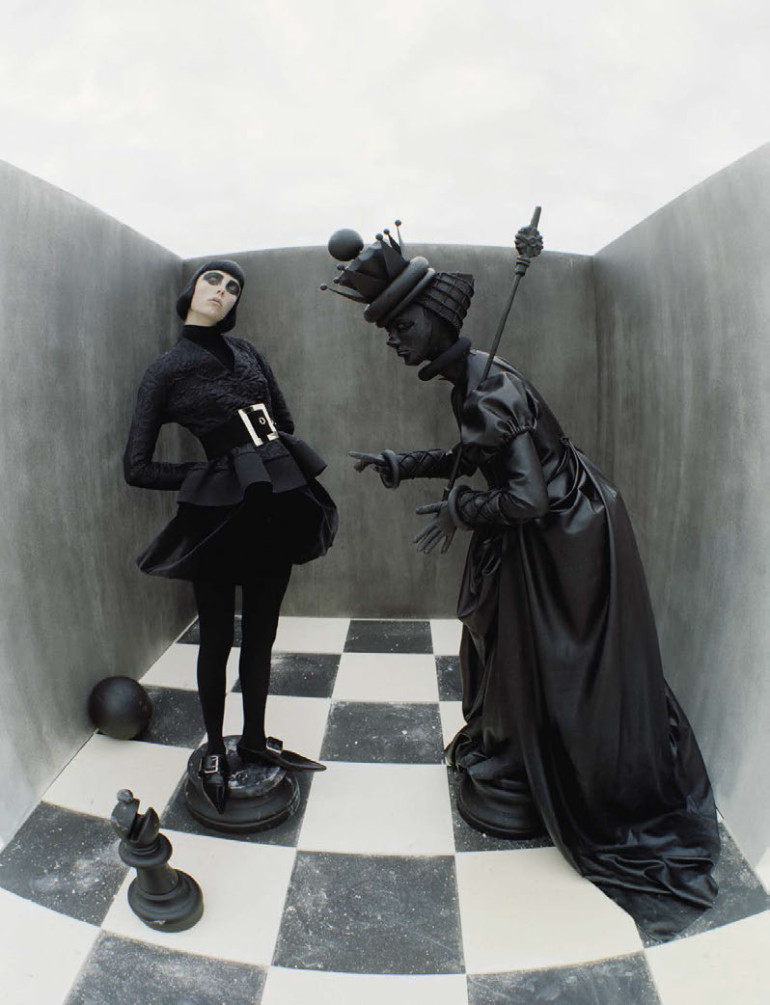 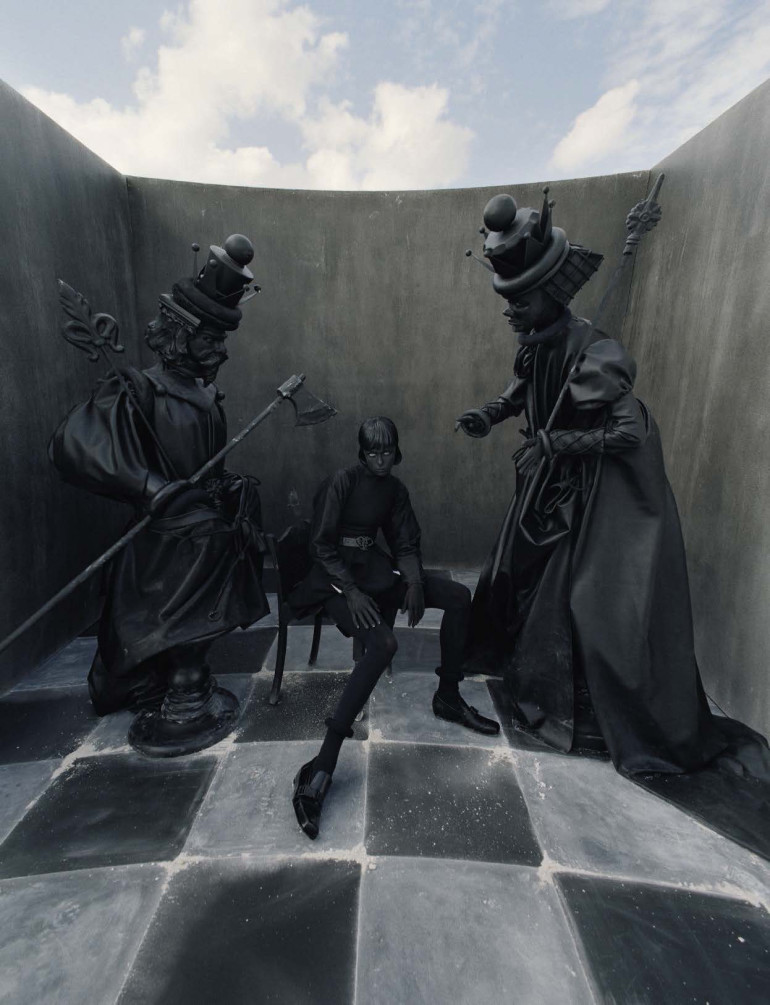 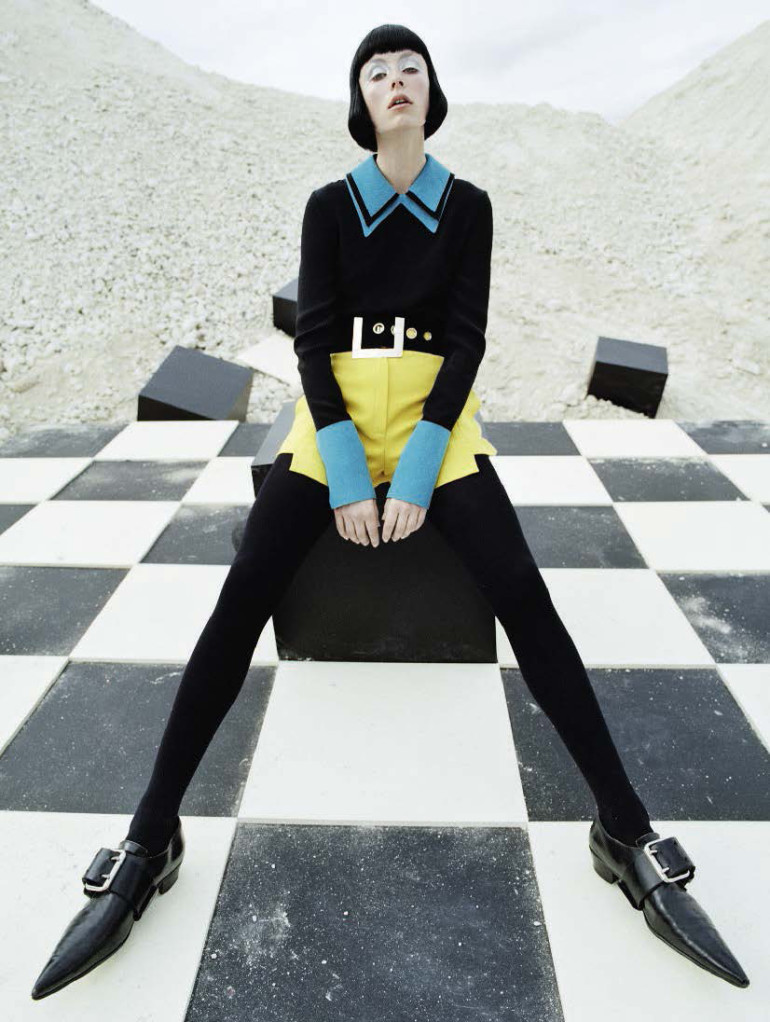 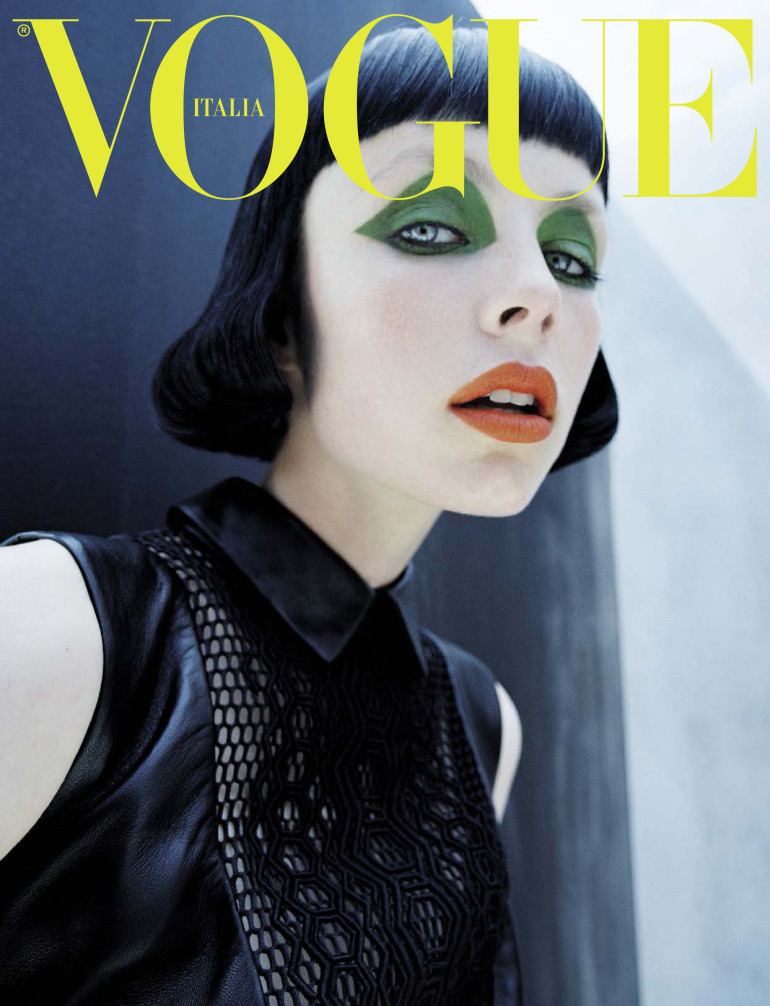