Kate Moss in “Beauty and the Beast” by Tim Walker for Vogue Italia, December 2015

Kate Moss takes the concept of equine fantasy to another level in “Beauty and the Beast,” captured by Tim Walker for Vogue Italia. This stunning stallion is one of the only creatures in the animal kingdom that comes close to the majesty that is Moss. The art of the equine comes to bare, with Kate laying flat on her torso limbs extending out, as the bronco bucks up on its hind legs. Jacob K captures the purity of the scene with styles strictly done in black/white. Fashion and fantasy fuse together, from see-thru silk and ruffled skirts to bodice bearing wares that express what’s underneath. Black lace rides over the body as ethereal fabrics are made into light designs. Makeup mimics the mythical power of the stallion as Sam Bryant echos the nature of true beauty. Subtle stirrings are drawn across the skin as erotic symbolism makes its way in. Like an ethereal angel floating through aire we feel the spirit of the steed rise up. Naked lashes let silver shadow stand alone as strikes of blusher give off a rich glow. Splendor sprays across the face as passes of powder leave a trace. Incandescent color entices, as barely there lips look as if they’ve been just-bitten. Bryant uses his ability to draw us into the mouth with hues that hypnotize. Hairstylist, Malcom Edwards, lets golden locks falls down the back as large curls bounce in buoyant triumph. Like a White Horse carved into the side of a chalk hill, dating back to Neolithic era, the wonder of romantic entanglement is depicted in each image. Lifting us up, the glory of symbolism makes its mark as Walker’s unmatched ability rises forth to exalt the purity of power. 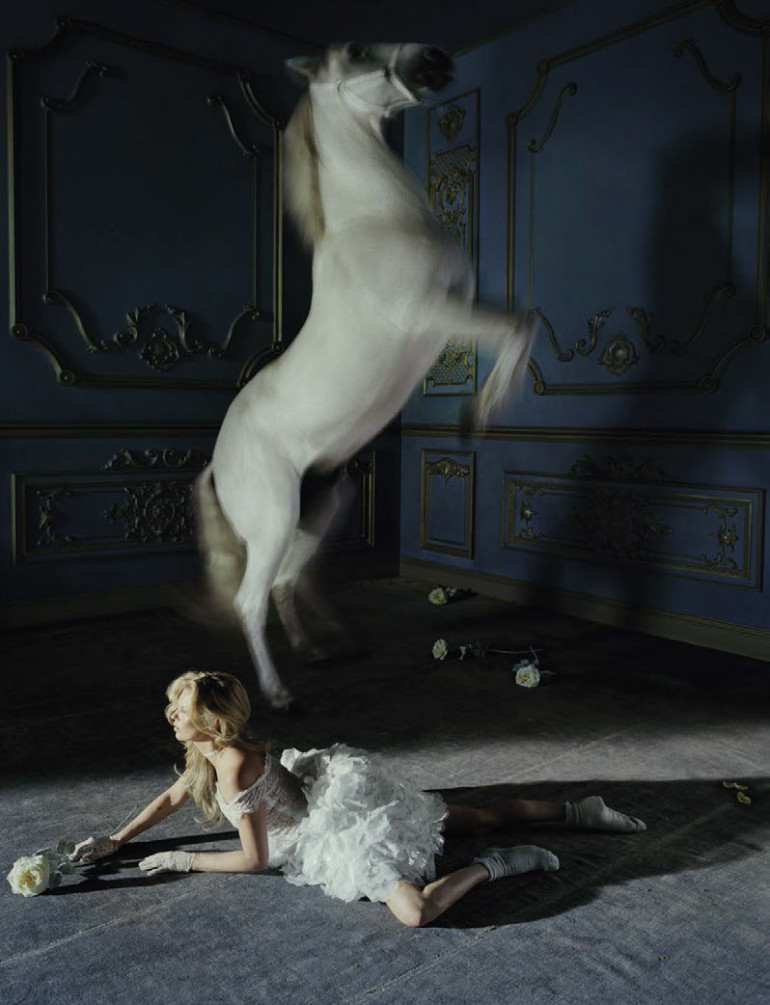 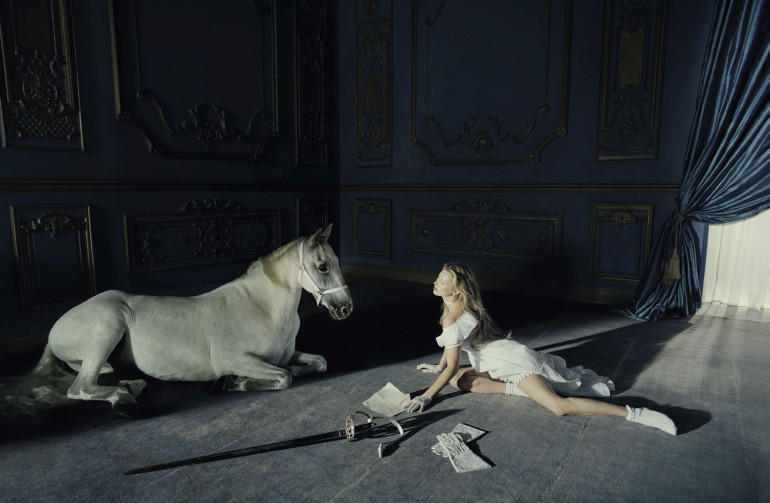 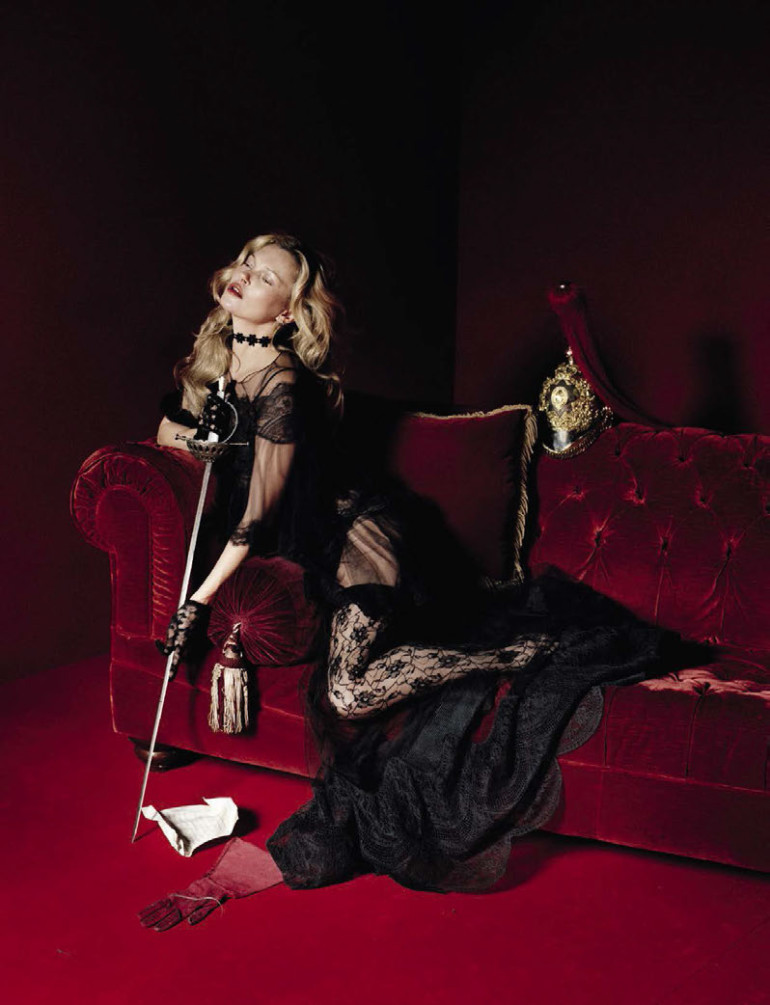 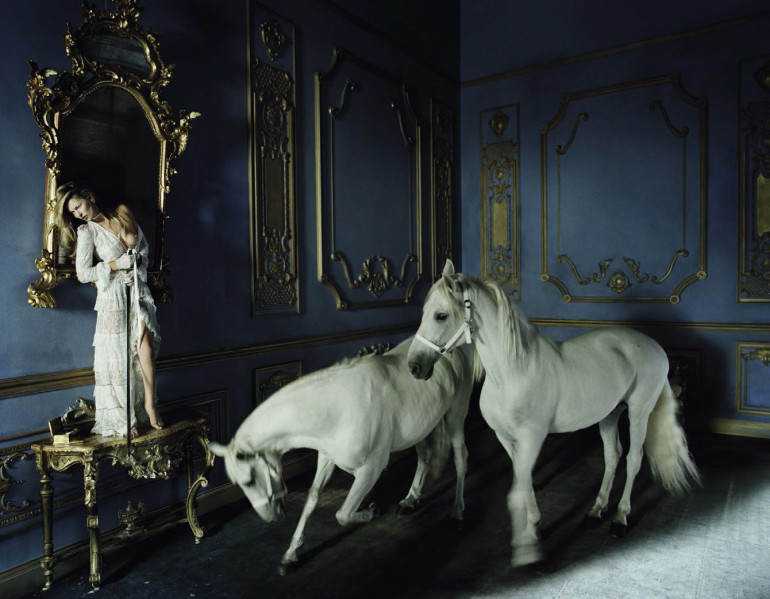 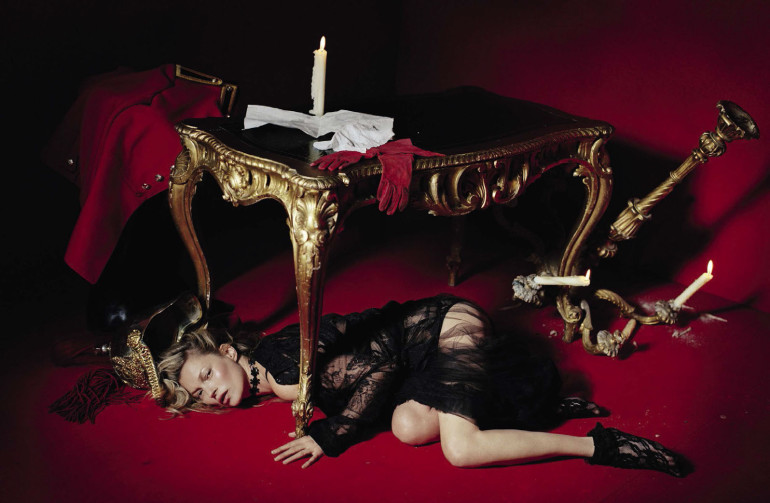 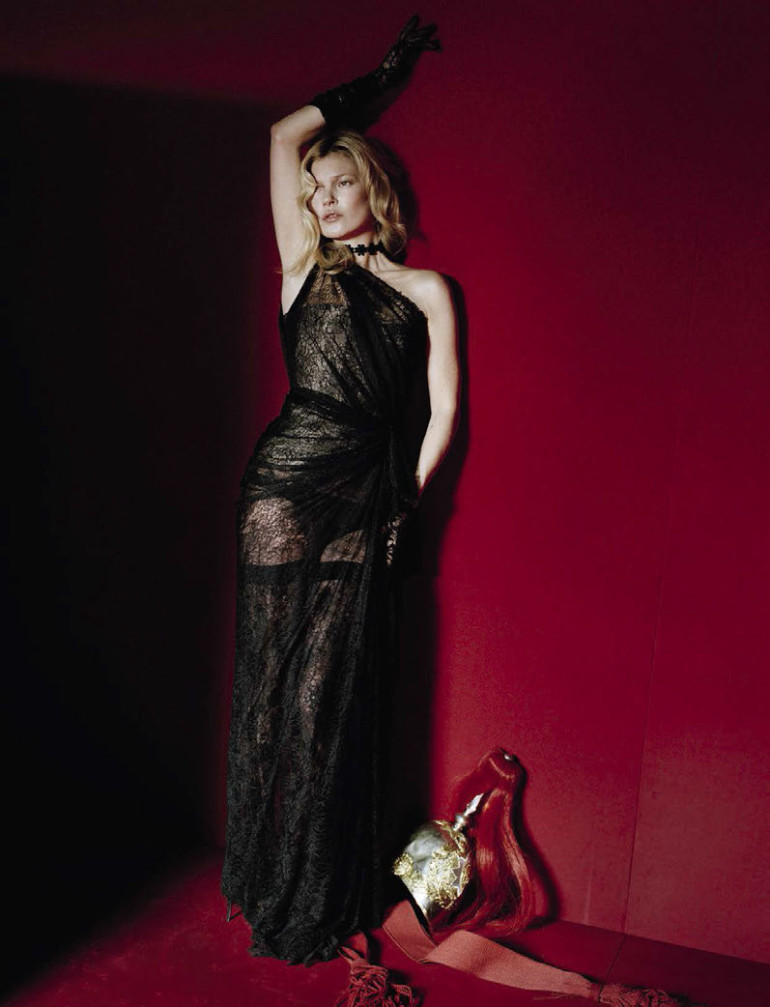 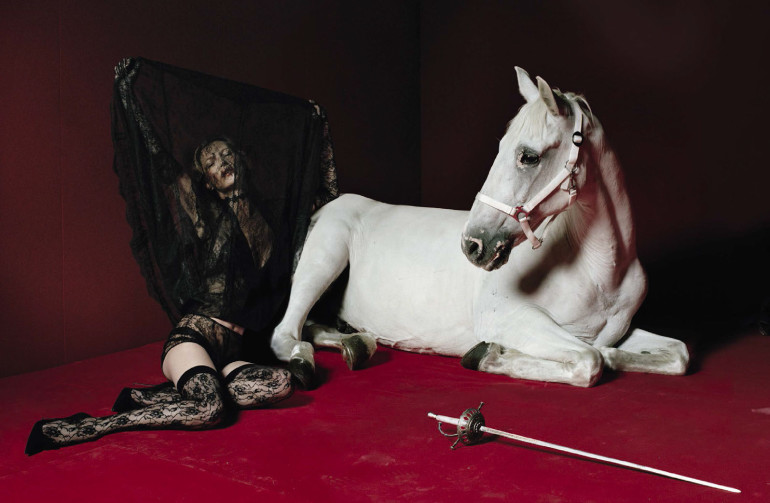 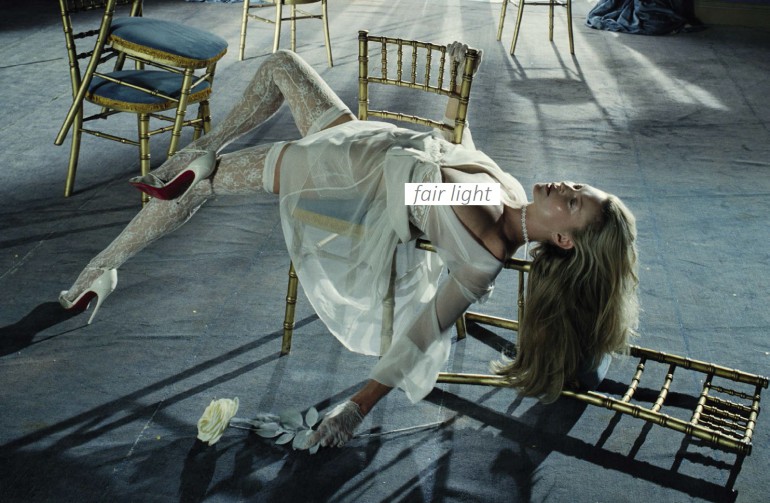 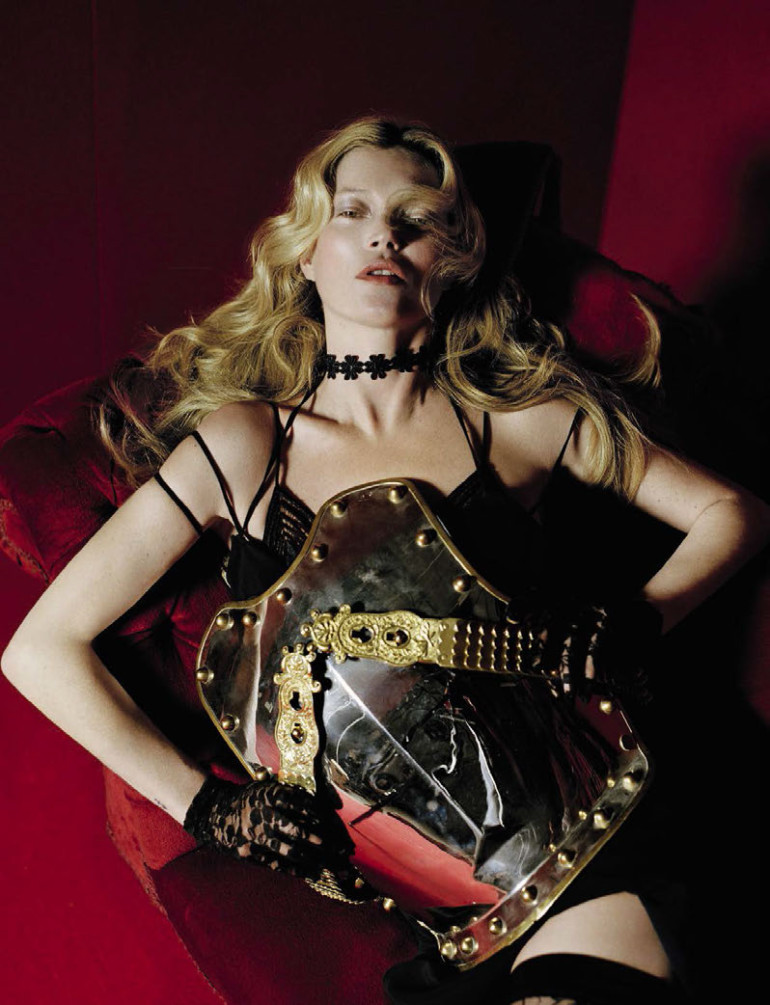 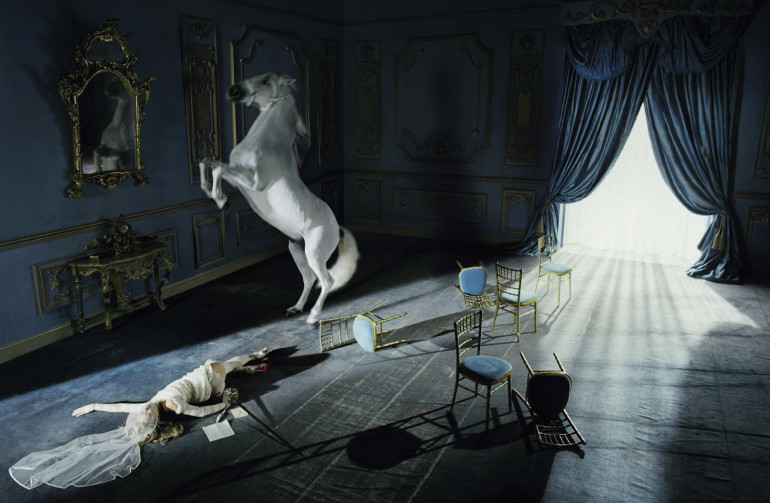 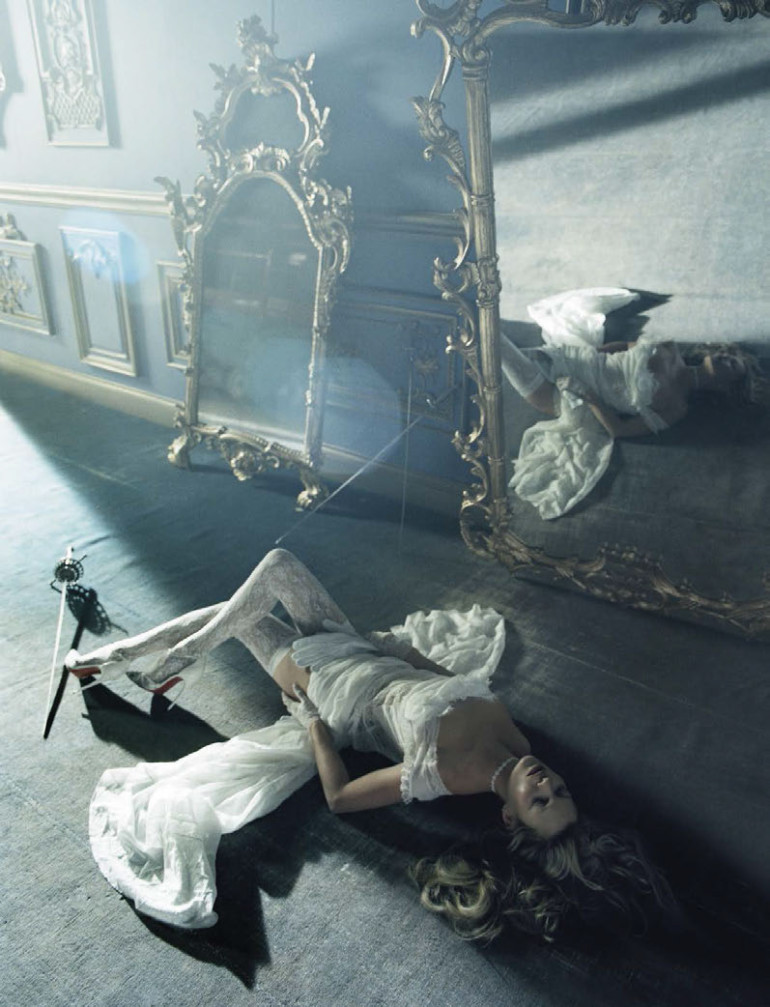 Kate Moss Succumbs to a New State 'Women of Style' Vogue It.