Edie Campbell rocks it out in “Leçon De Style Partie 1” for Inez van Lamsweerde & Vinoodh Matadin for Vogue Paris, 02/16. Editor-n-Chief, Emmanuelle Alt, takes us on an avant-garde ride, showcasing some of Spring/Summer’s most stand out styles. Pulling double duty, Alt divides this editorial into two parts, from natural B/W to extreme color-scene. Like costumes on a stage, both sides invite drama with garb that goes beyond the coordination of clothing. Fashion takes a turn into the theatrical realm, with pictures that read more like a performance piece. Street art moves from playful to punk as poetic renderings capture the concept of era-crossing. Each ensemble speaks to a different period, with designs that invite distinction while still assuming the same space. Trends blend as couture clashes from Louis Vuitton, Gucci, Miu Miu and Prada. Campbell commits to brain-waving by morphing from 60’s rockabilly to 90’s chic. Beauty breaks over the face with makeup that highlights the planes of the skin. Applying in two distinct sections Aaron de Mey goes from clean to extreme. Nude tones expose the intention of the players, while subtle shifts breathe life into the role. A concept I call the technique of truth, soft shades fade as we are able to both see and feel the story. Paint cries from the eyes with tears falling down in vertical dimension, as stripes cover the entire face moving in horizontal form. Primary colors pop off the page with lines that leave us dizzy for more. Continuing her model morph, black smears itself across the orb area as scarlet mimics the mayhem over the mouth. A dark mask is drawn directly over the eyes as a cloud of white material covers half her features. The skin placates deigning to succumb and art revolts daring to become. Malcolm Edwards gives great hair with coiffure that requires truly unique techniques. Mastering the mindset of originality, this pictorial is one we will refer to throughout the season. 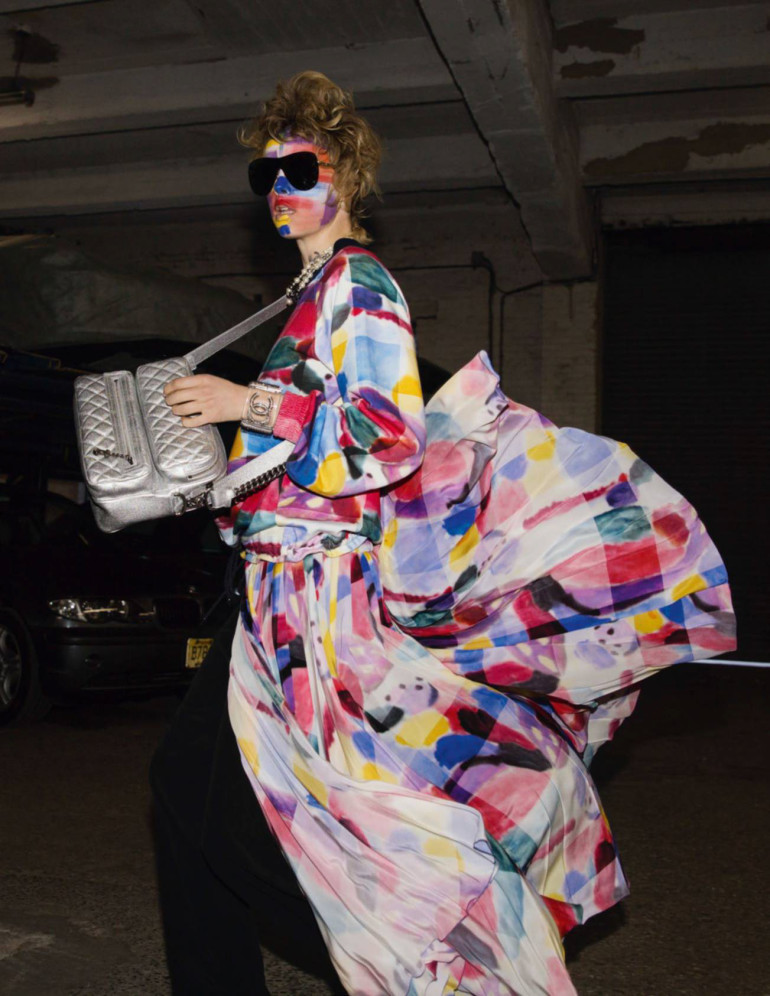 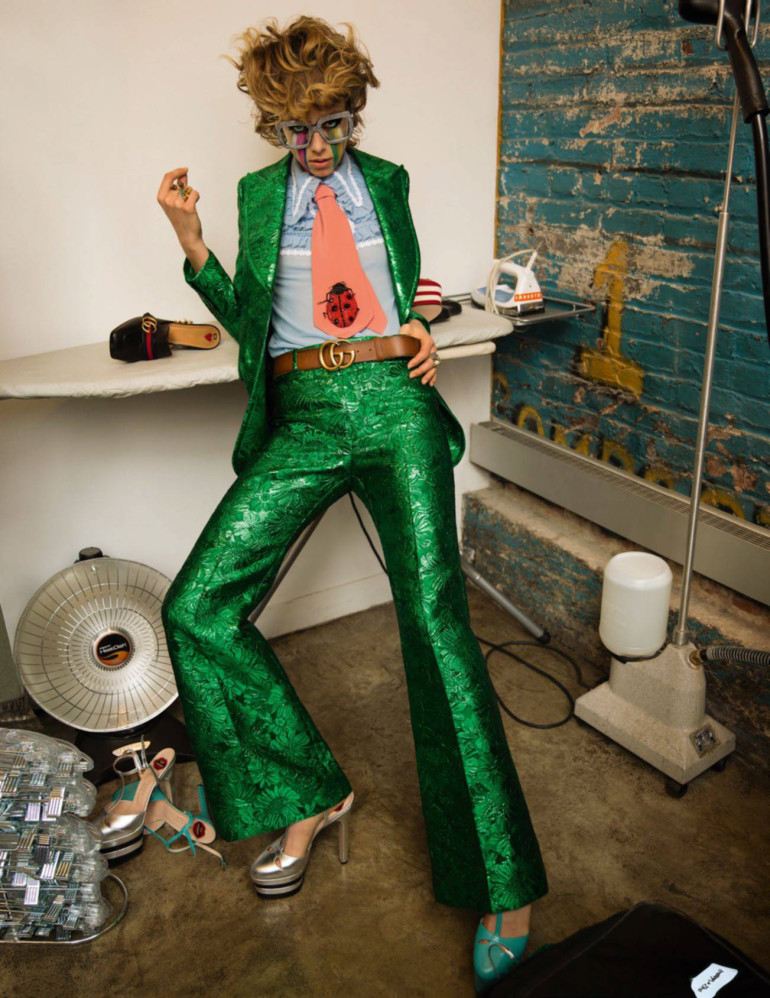 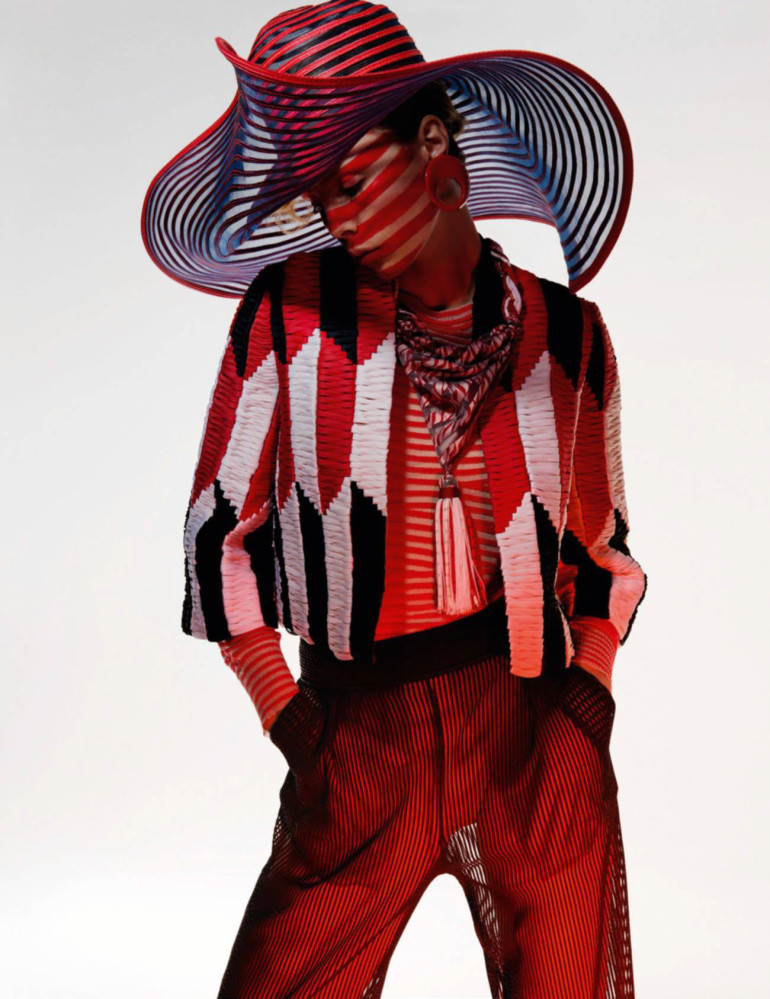 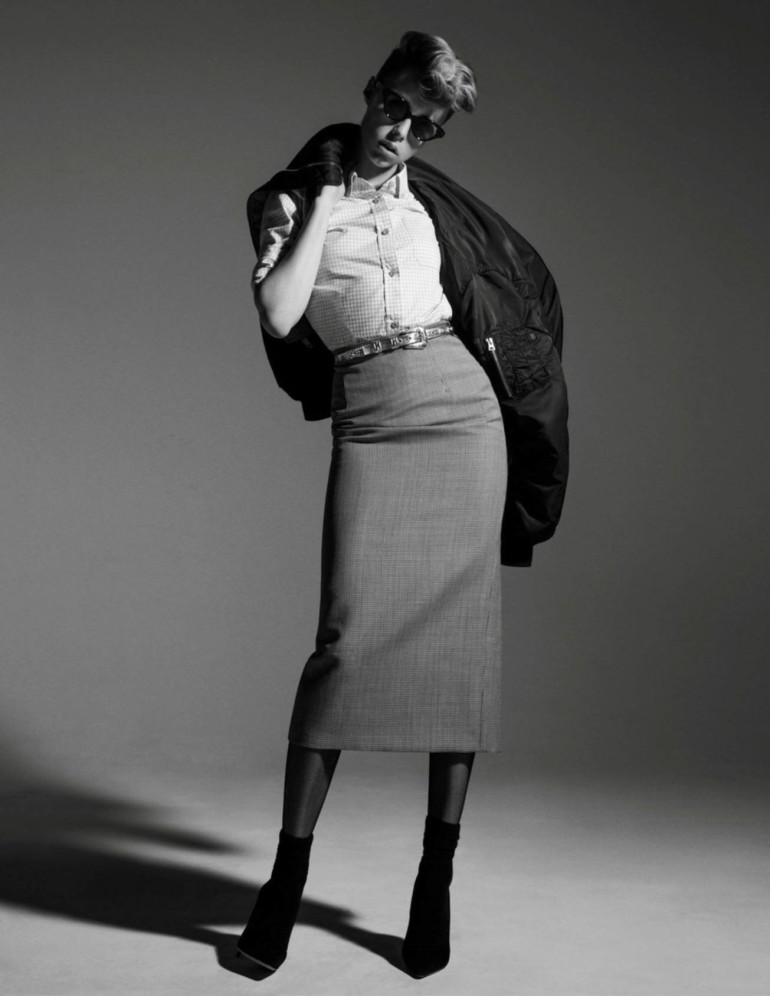 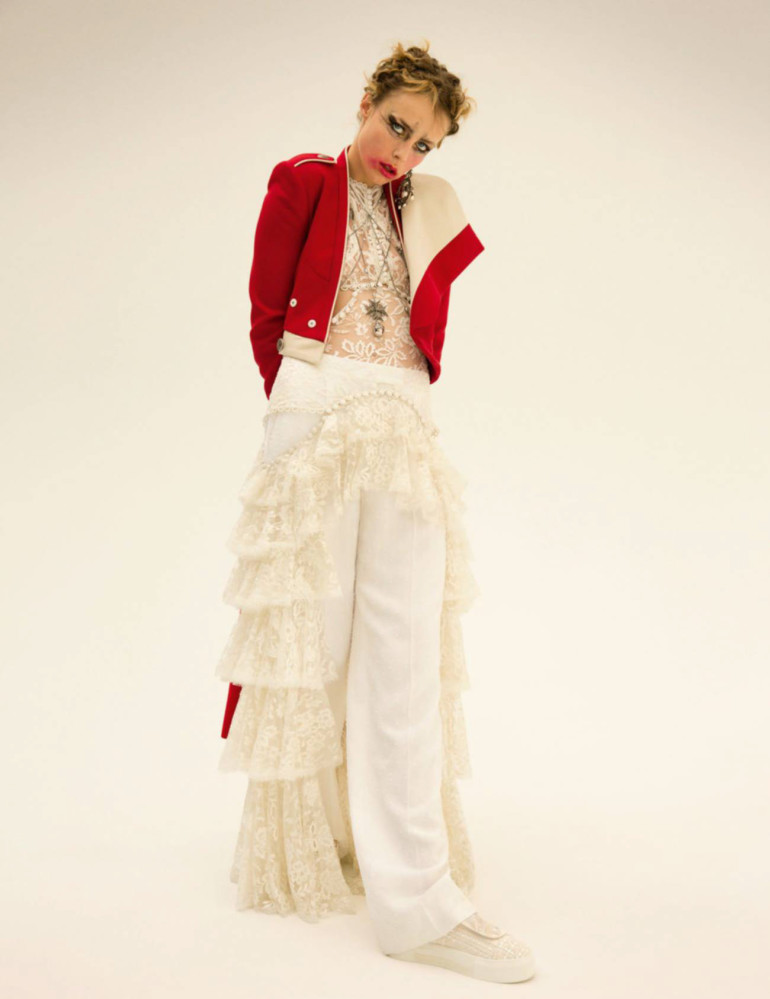 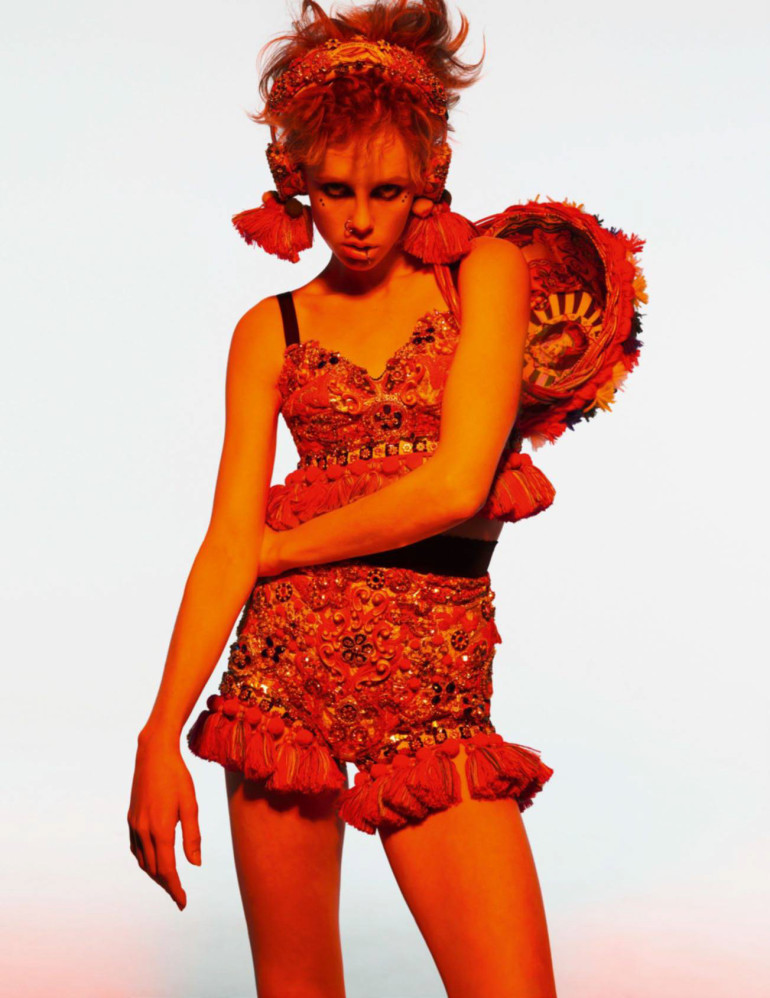 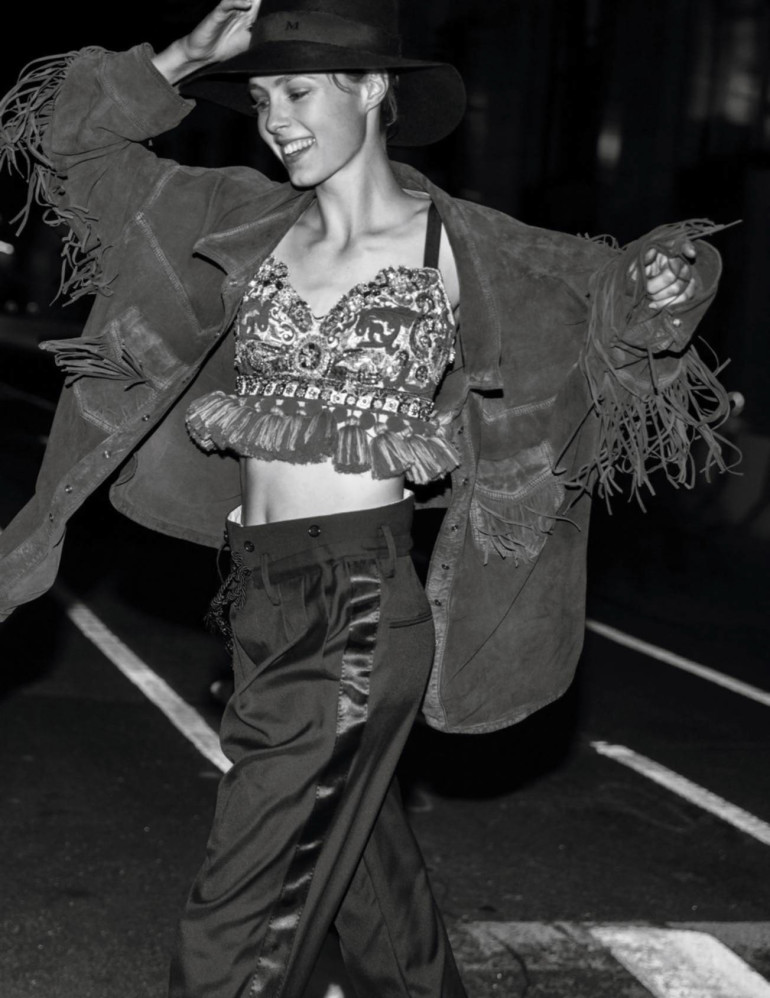 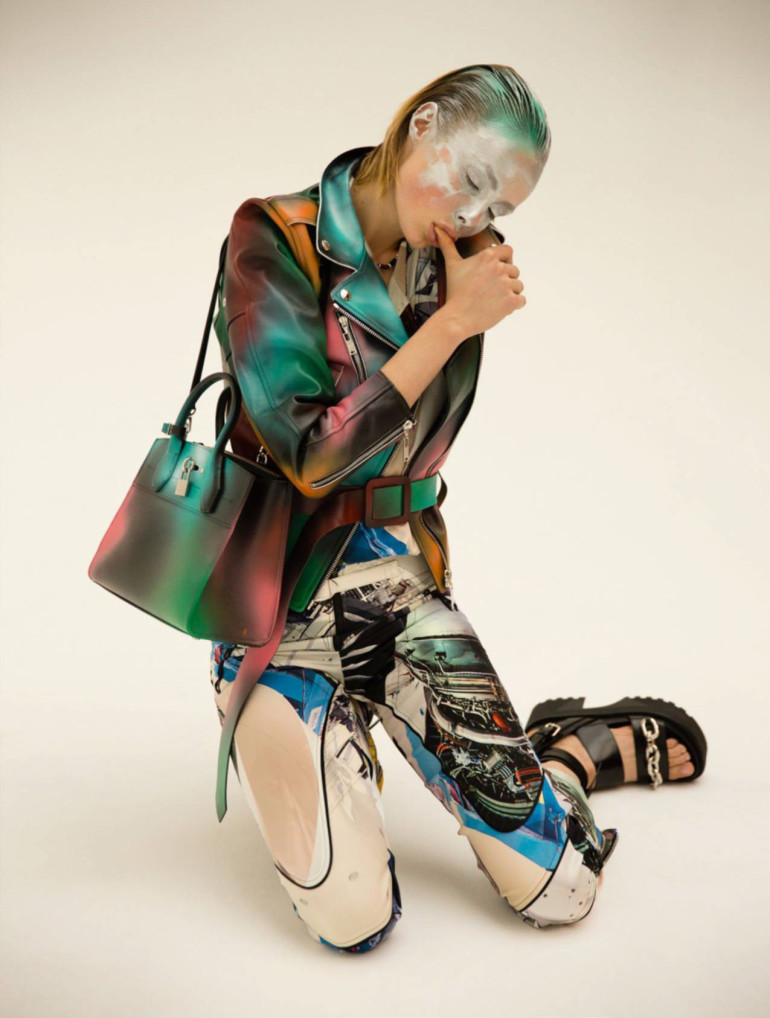 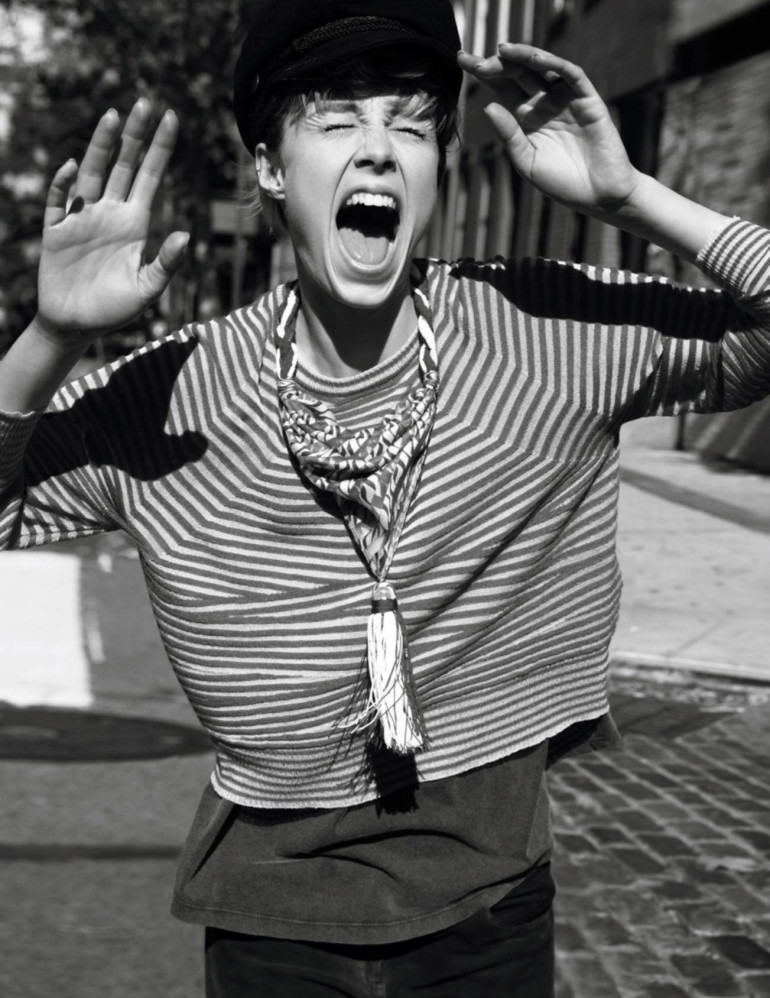 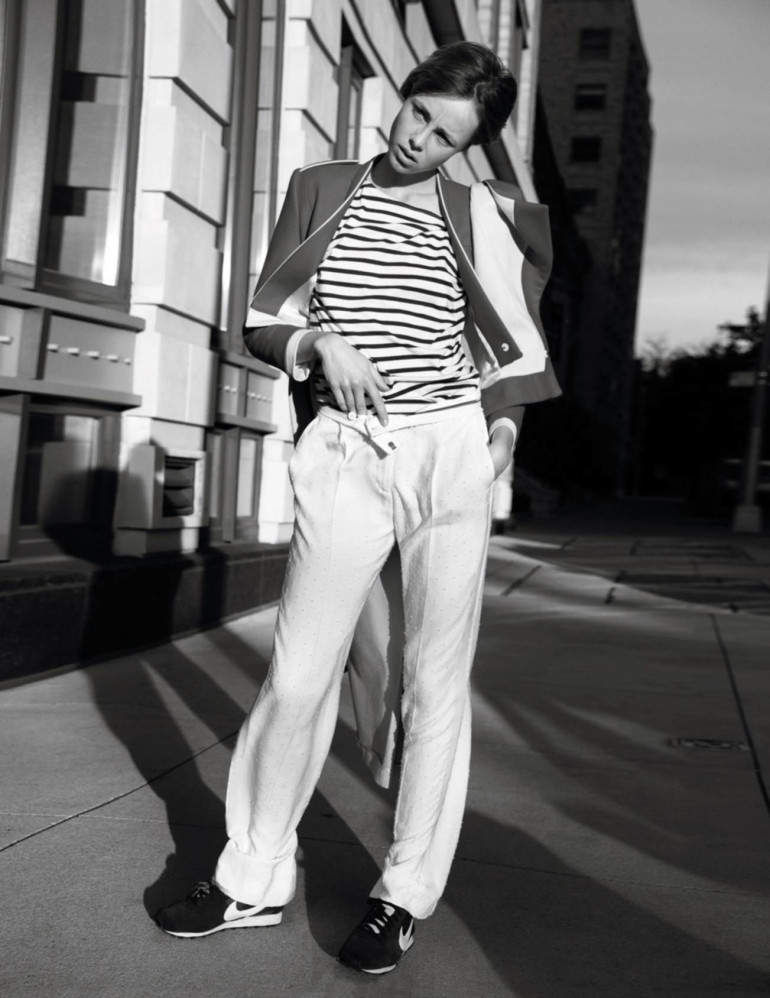 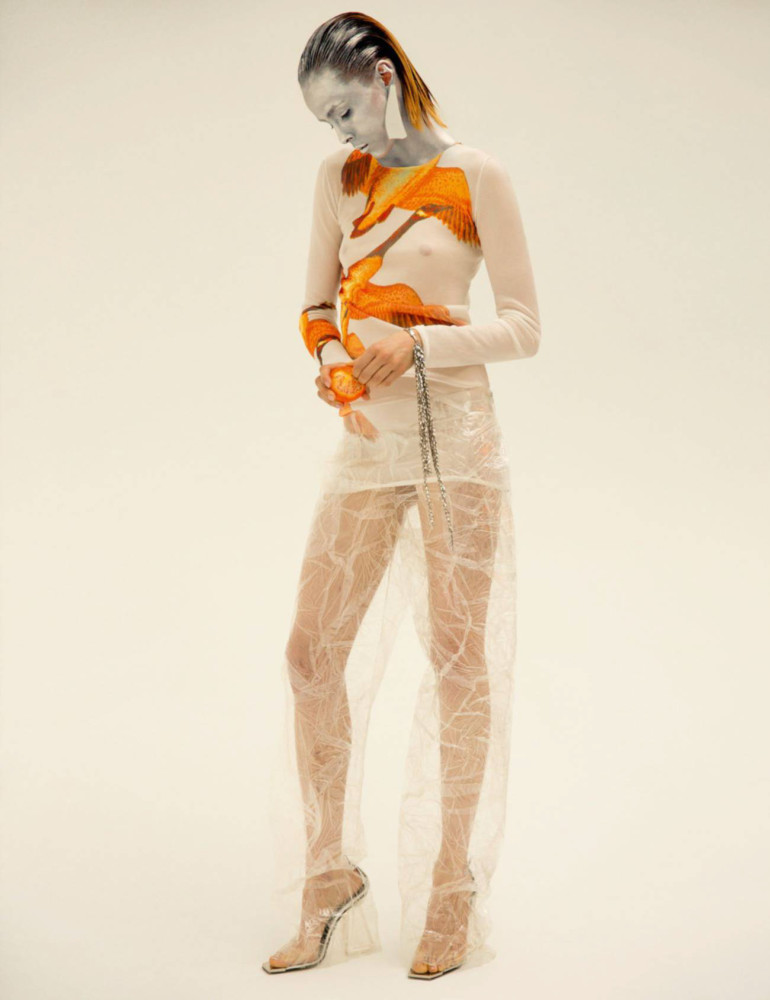 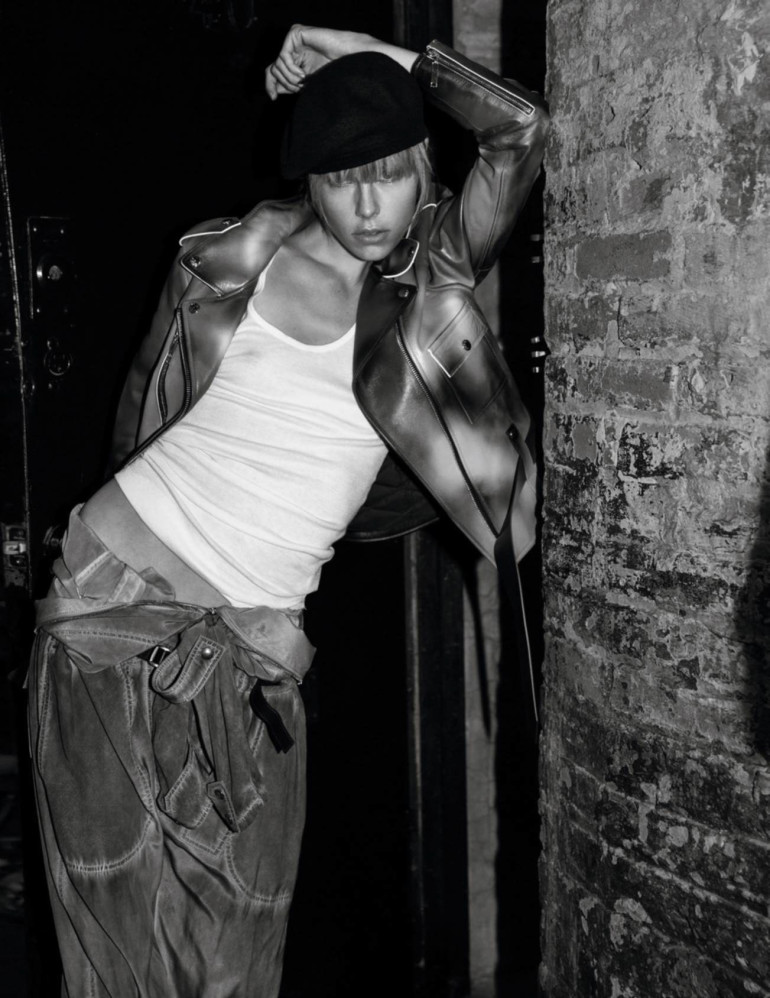 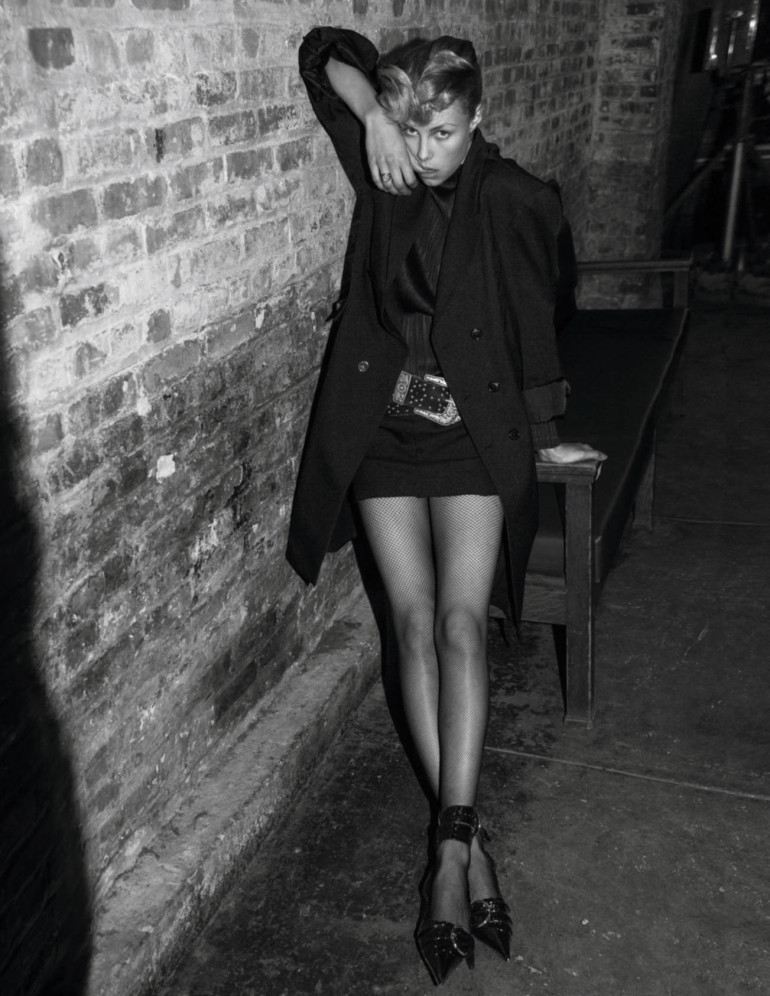 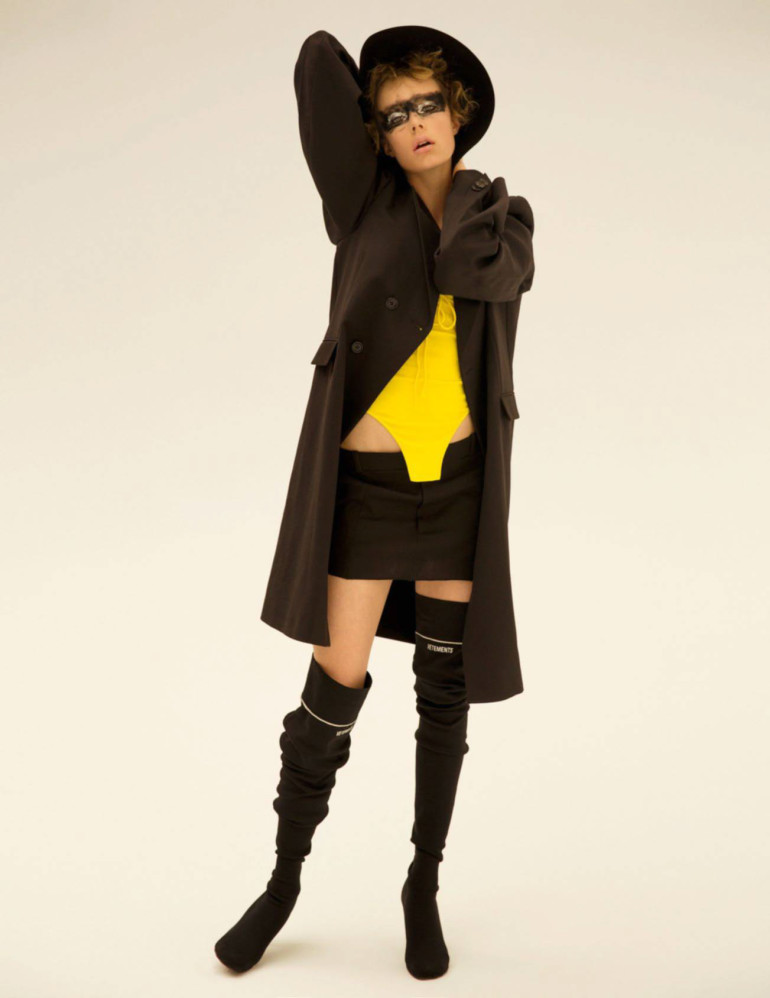 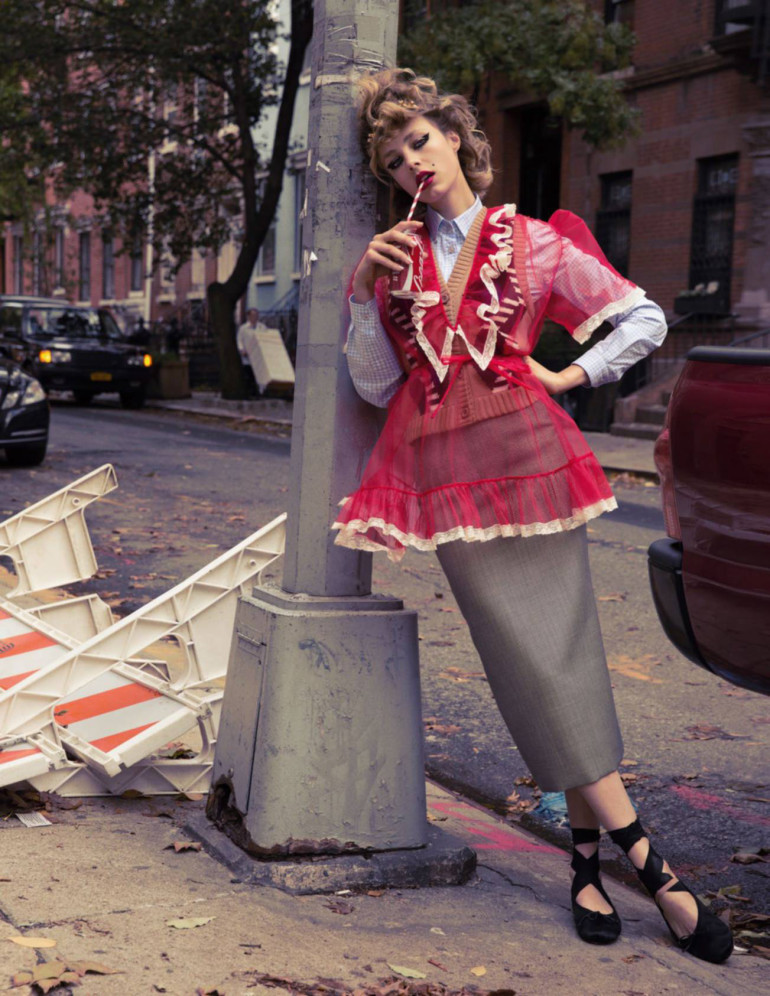 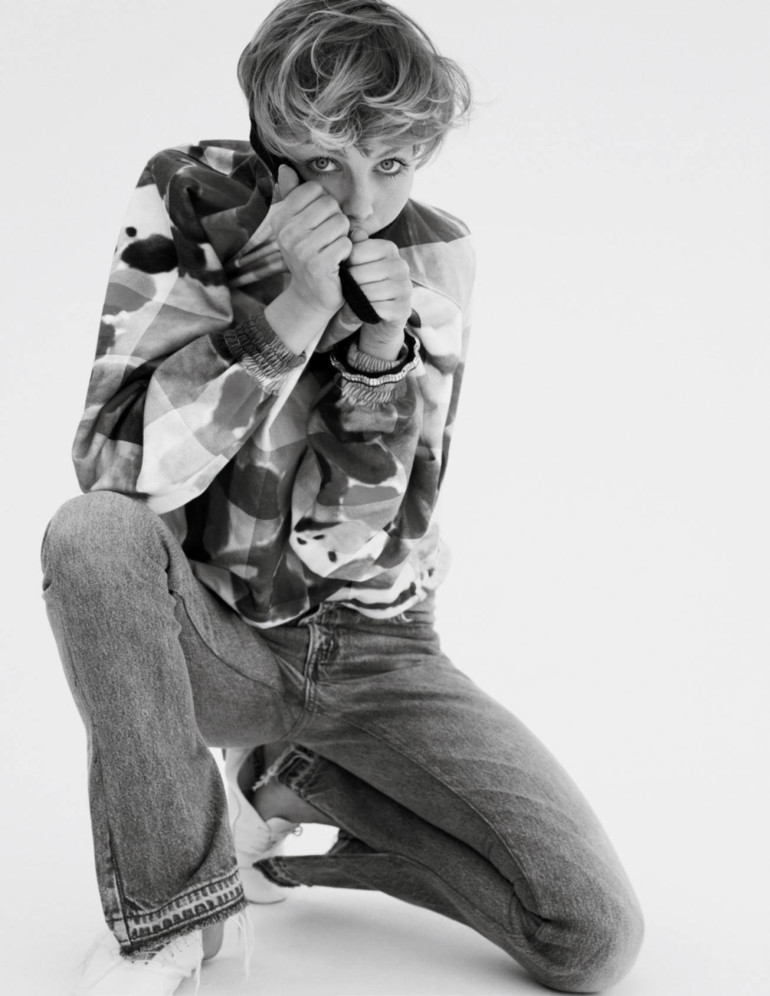 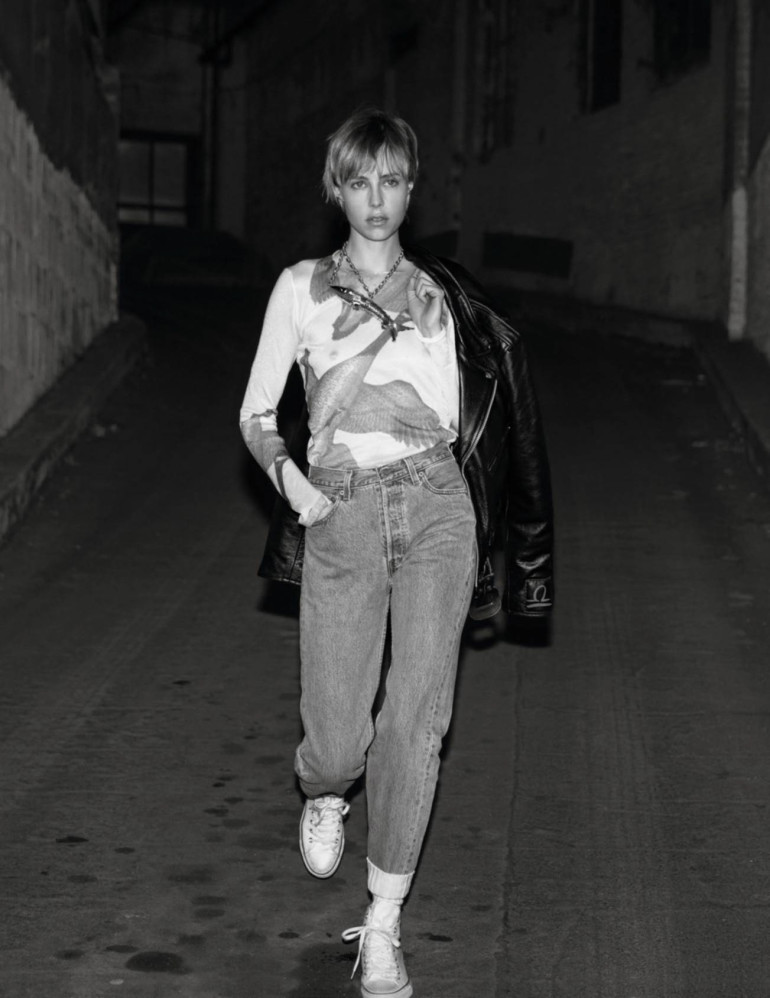 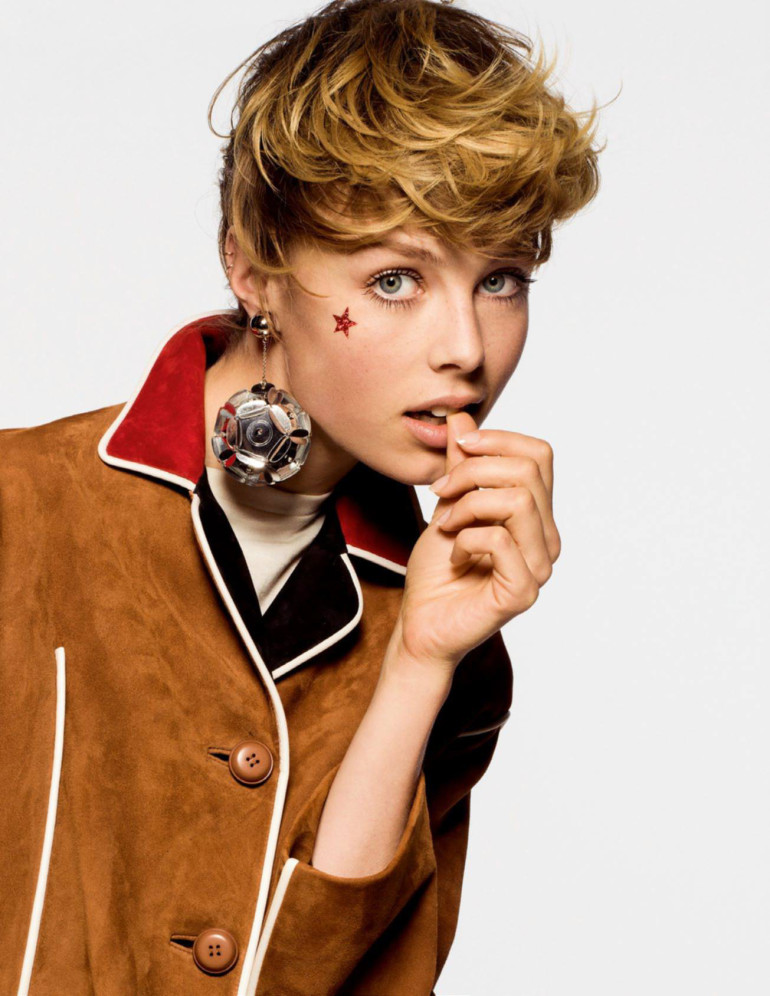