Josephine Le Tutour invites primary colors to pop off the page by Miguel Reveriego for Vogue Spain, February 2016. Beauty becomes as each side displays a new form of fun. The art of extremity shows its stuff with half faces done with full-on drama in mind. From screaming blue that makes orbs appear wide awake, to bright yellow that lets the lips look like a beat up banana. Bold eyes are in, as dueling shadows start the show with lavender and magenta ready to go. A pouf of purple cream blends over the entire lid, as a puff of pink floods through the brow. Maxine Leonard breaks things in two with half measures made into whole. The left side jumps out with green swiping generously over the entire lid, as red burns bright with cheeks that look like they’re lit from within. In a trifecta of makeup madness, balance becomes when three colors blend over opposite sides of the skin. The left eye is naked letting blue bleed over the top of the brow, as orange rushes up the right cheek, leaving fuchsia to strike back in oral opposition. Two mouths become one as lips mix deliciously with dueling colors drawn on either side. Half shades equal whole, as a dash of pink is poetically posed one way while red radically races up the other. Up close and personal, true beauty takes flight as eye-wings mimic birds of paradise. 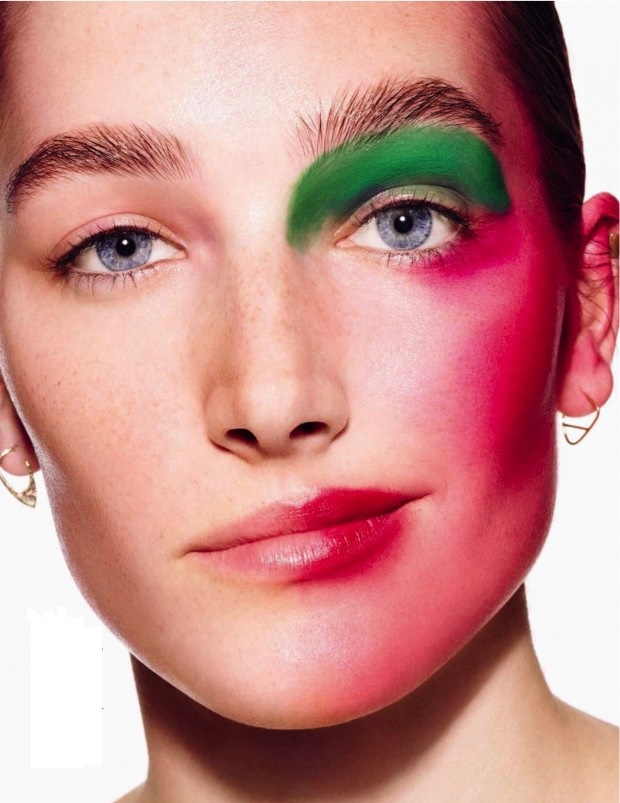 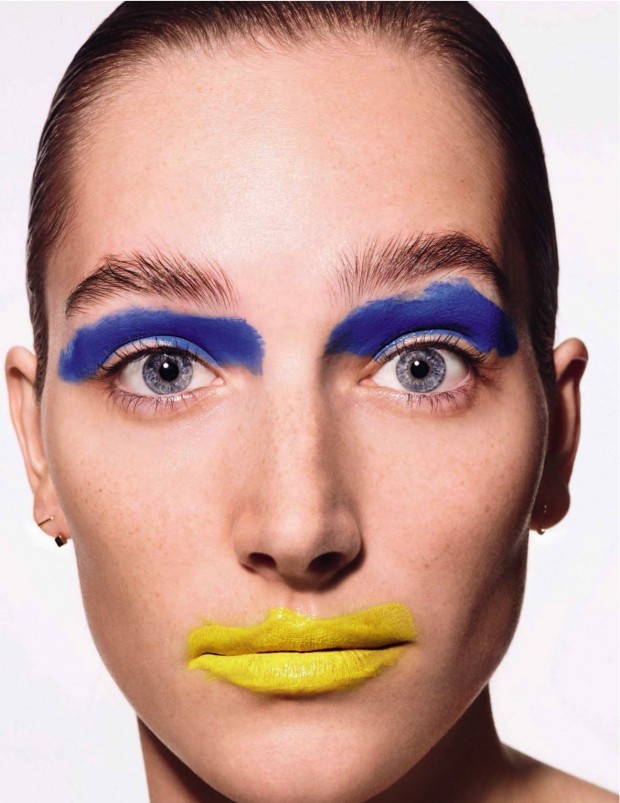 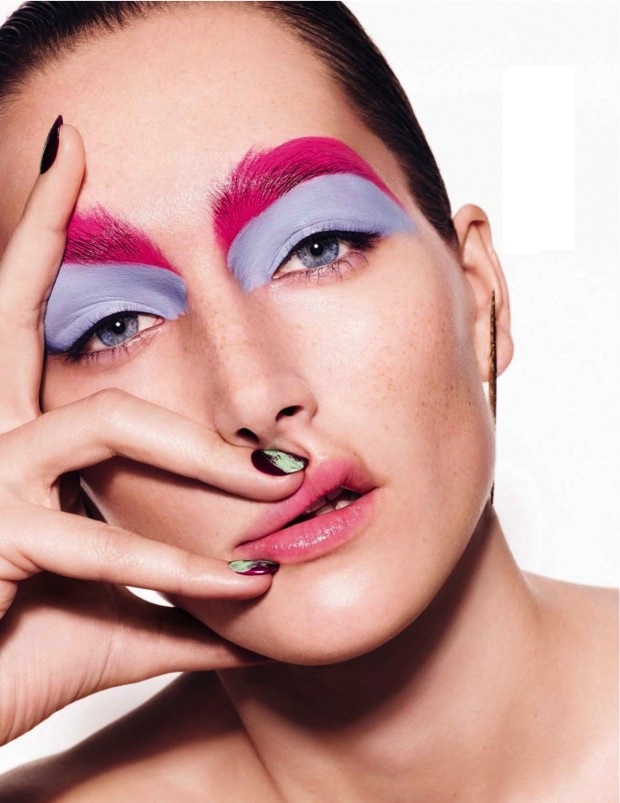 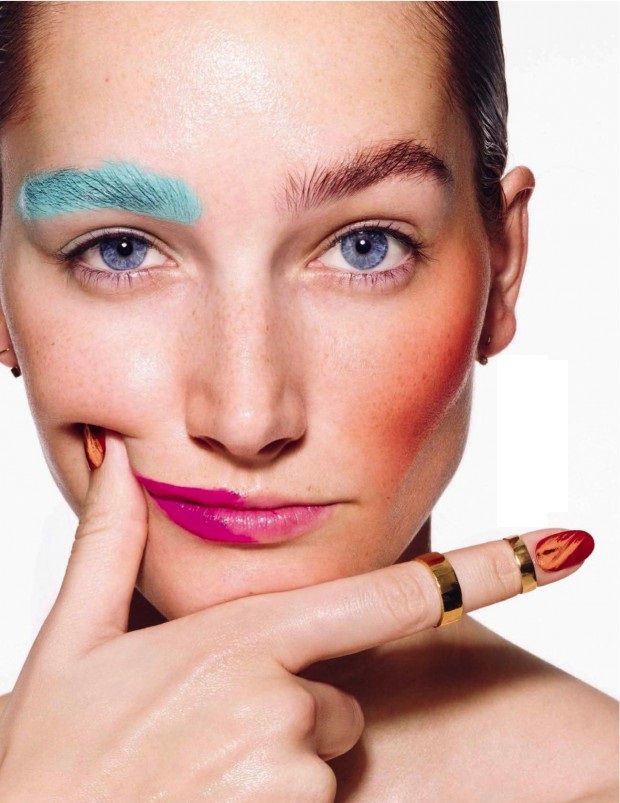