Marjan Jonkman in “So Cool” by Sølve Sundsbø for Vogue Italia, January 2016

Marjan Jonkman invites us into an alternate universe in “So Cool” by Sølve Sundsbø for Vogue Italia, January 2016. Gucci observes the uniqueness of their glass-wear attire, with Marjan decked out in divine designs by Alessandro Michele. Through the eyes of imagination richness takes hold as art inspires truth to unfold. Color collides with creative intention as we hop on this ride of visual invention. Sundsbø suspends disbelief as we begin to see things in a new way. Playful pieces show true passion as pigmentation explodes in a whimsy of pure wonder. Stylist, Patti Wilson, marries the fabrication of high fashion with a fairyland of ethereal fantasy. Michele captures the mystical colors of haute couture, with a collection that celebrates the spirit of surprise. From a slithering snake to a tie filled with orange pineapples, this flash of embroidery is covered in creative appliqué. Braving true beauty, Maria Olsson uses makeup to celebrate the skin not cover it up. The glasses are the thing! Olsson understands this concept will be best honored if the focus doesn’t pull attention from the frames. Let the sun come up touching the skin, like a halo of light that surrounds the entire body. Poetry blends in perfect harmony, as the softness of the sky is seen in the features of the face. Hairstylist, Peter Gray, uses the natural waves of this blonde angel to illicit an illusion of wonderment. Caught in a dream like state, blue on high melds from a fluorescent green as ground punctuates with purple screams. Beauty bounces all around as each image projects the power of otherworldly adventure. 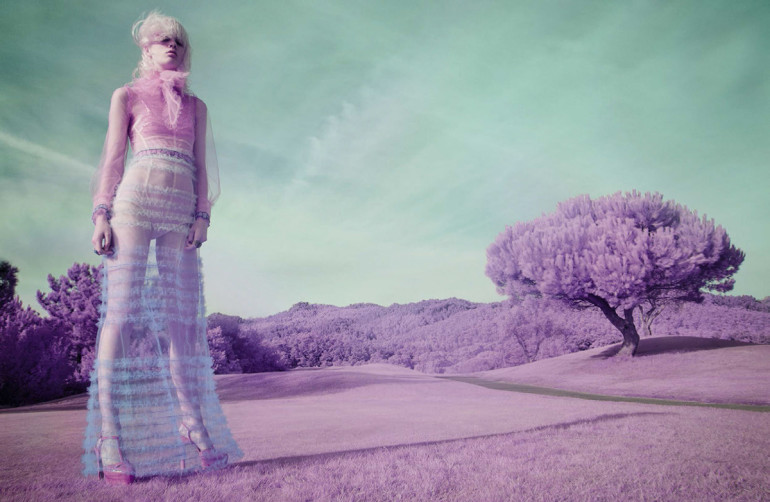 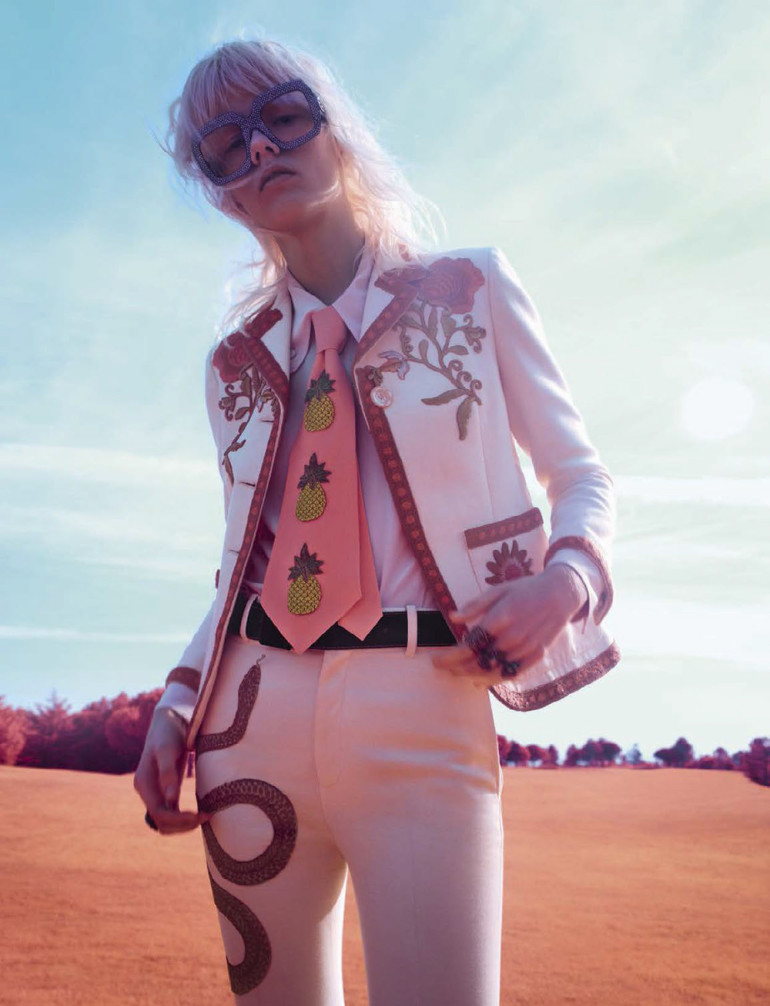 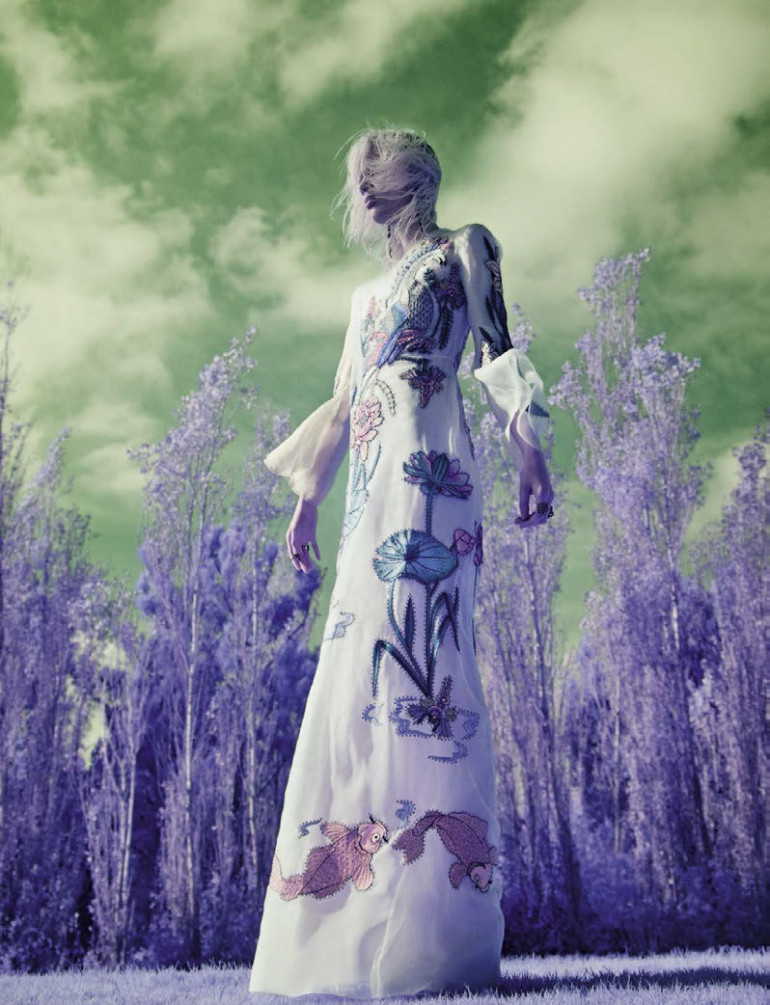 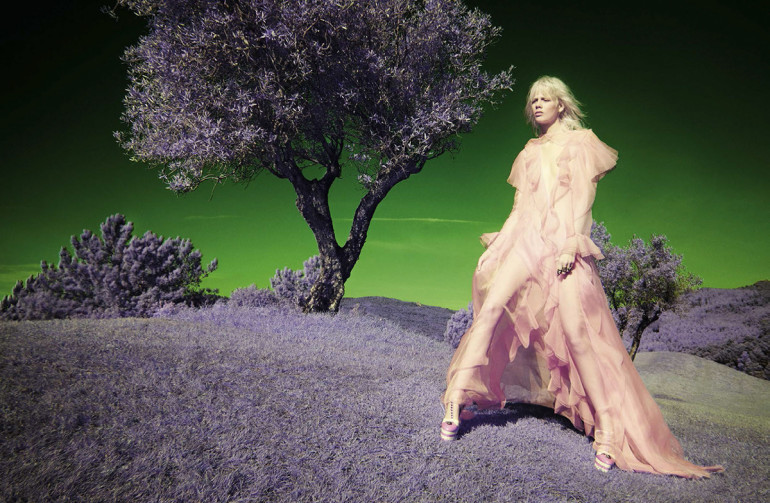 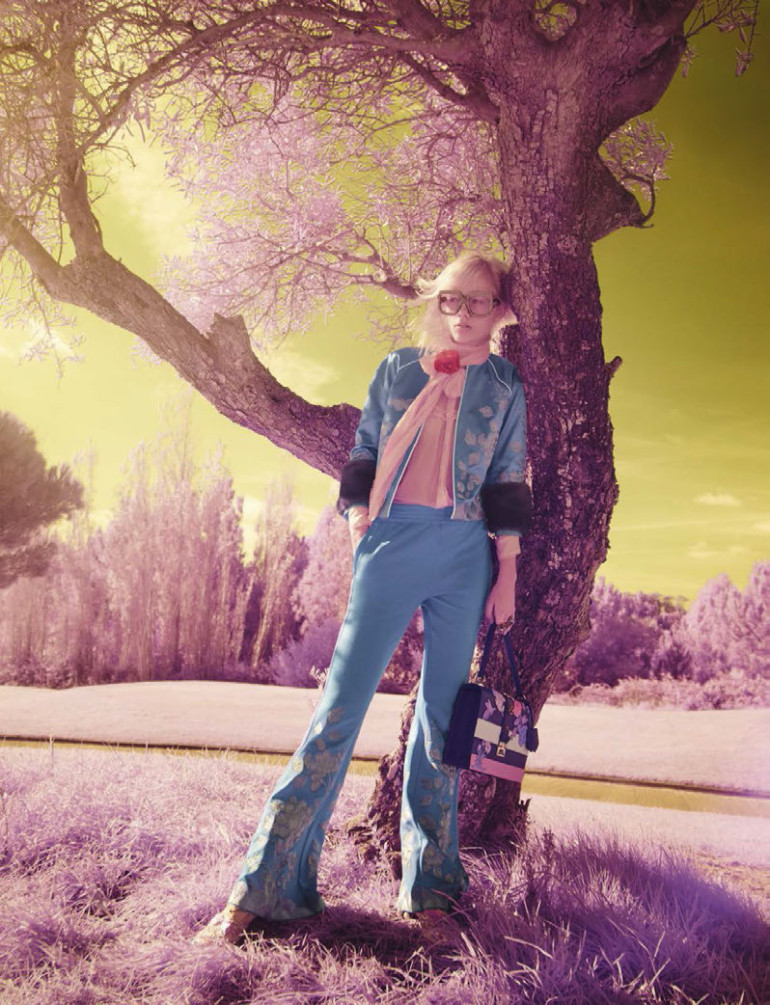 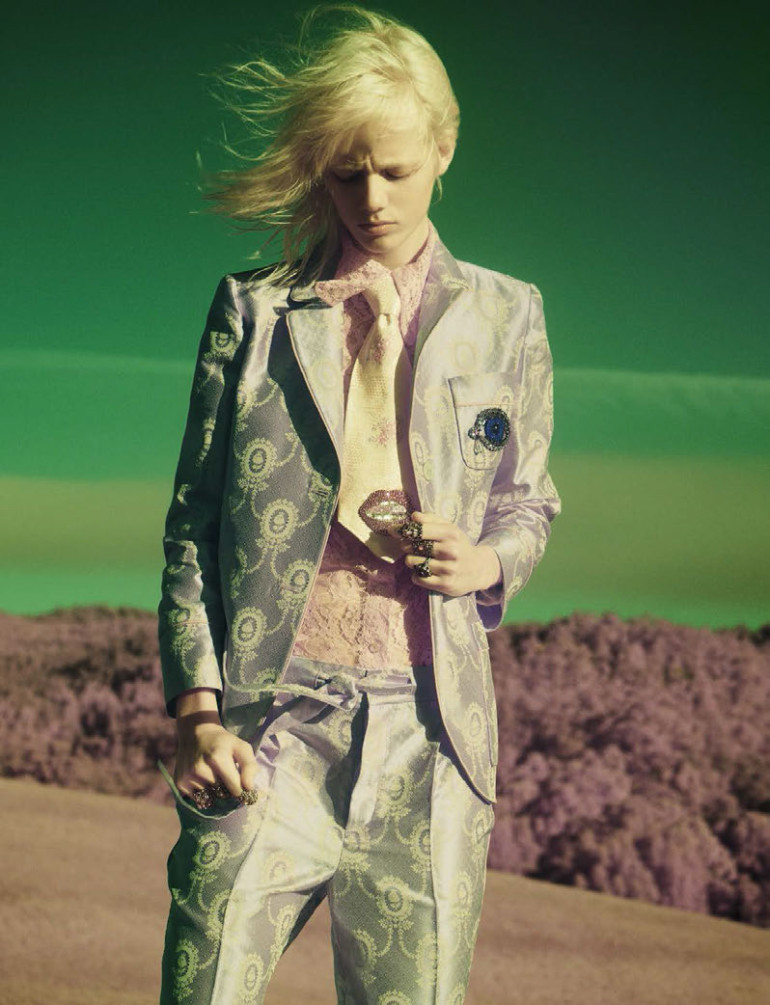 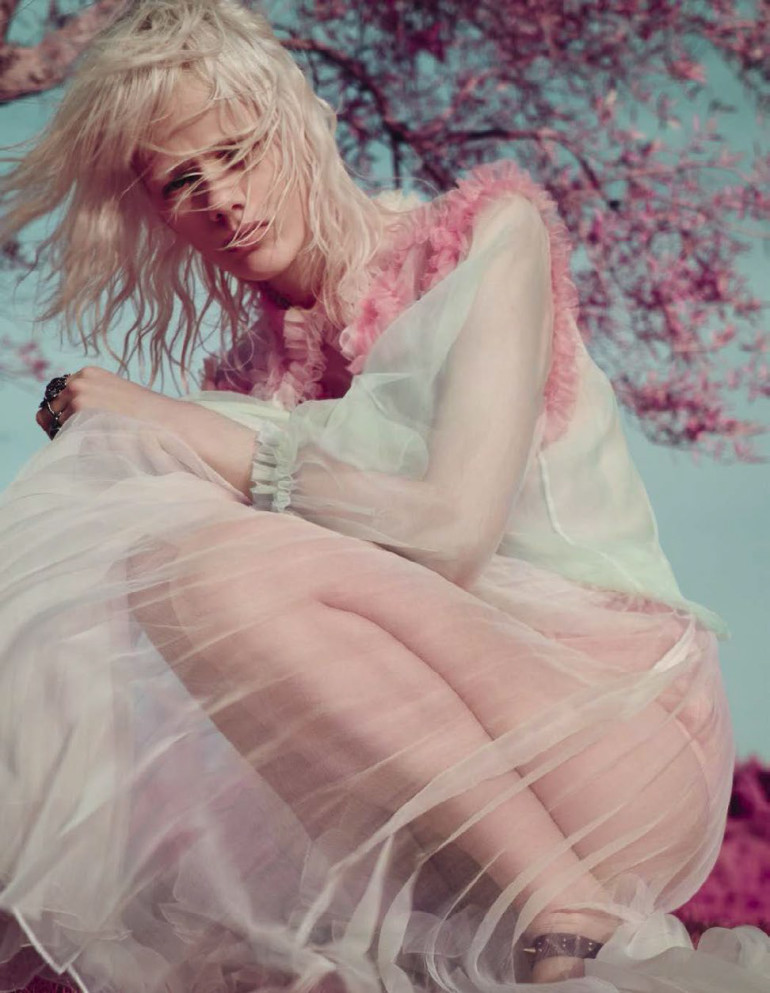 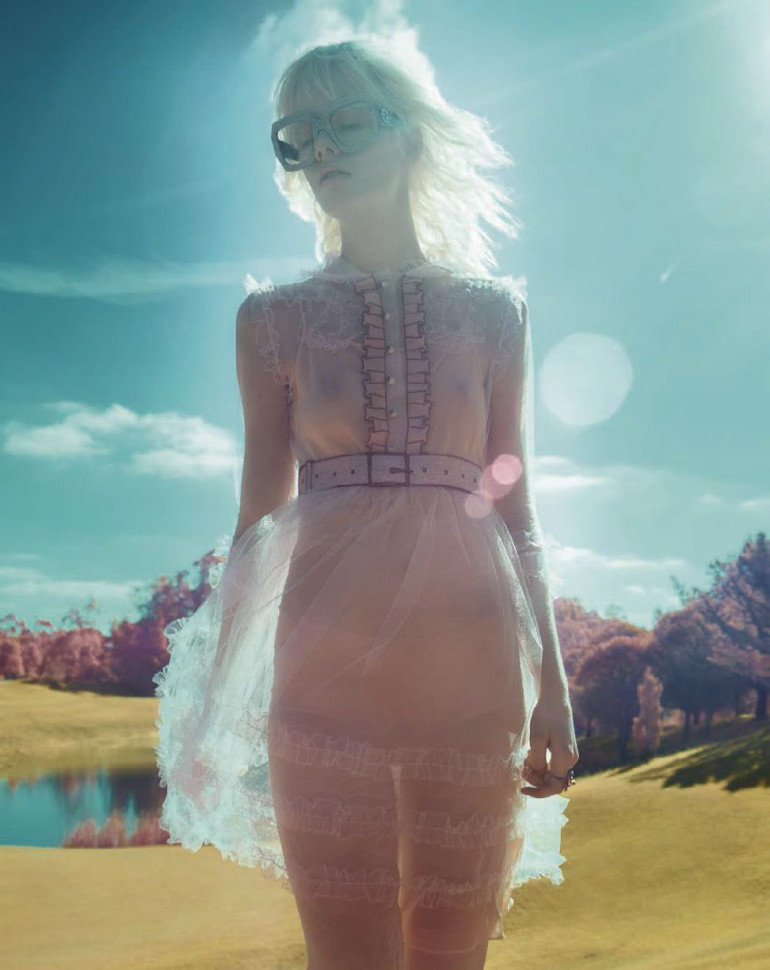 Marjan Jonkman Shines 'All that Glitters is not Gold' Vogue Nls